Artists have been drawn to the south of France for generations, awed by its luminous colors and crystalline light. Monet, Renoir, Gauguin, and Van Gogh led the way, followed by Léger, Matisse, Picasso, Chagall, and Cocteau. Cézanne had the good fortune to be born in Provence, and he returned there throughout his life. The artists left behind a superb legacy of works, utterly individual but all consistently bathed in Mediterranean color and light. That’s why a visit to this region can be as culturally rich as a month in Paris.

Famed Post-Impressionist painter Paul Cezanne was born, raised, and died in Aix-en-Provence, and the city’s gorgeous light and stunning colors are said to have inspired much of his work. Today, Aix’s powerful allure stems partly from its outstanding cultural scene, spearheaded by the world-famous Festival d’Aix-en-Provence. For three weeks in July, the top names in opera, chamber, and orchestral music perform at venues in and outside of Aix. The city is also home to the world-class Ballet Preljocaj, based in the Pavilion Noir, which in turn is designed by Rudy Ricciotti, the Marseille-educated, Bandol-based architect of the Louvre’s Islamic wing, Marseille’s Mucem, and Menton’s Musée Jean Cocteau.

The city’s Musée Granet is home to an extensive collection of classic and modern art, including works by Bonnard, Picasso, Klee, Rubens, David, Van Gogh, and Giacometti, with nine paintings by native son Cézanne. The Hôtel de Caumont arts center, set in a lovely old mansion in the elegant Quartier Mazarin, features an exceptional program of revolving exhibitions and a fine café with a sprawling outdoor terrace. The eye-popping Fondation Victor Vasarely, two miles outside Aix, was designed by the father of Op Art, Victor Vasarely, and features nearly 50 of his soaring geometric works.

At the Atelier Cézanne, just outside the city center, you almost expect the painter to walk in, paintbrush in hand. Although none of his work is exhibited here, Cezanne’s last studio is preserved exactly as it was when he worked here, from 1902 until his death in 1906. 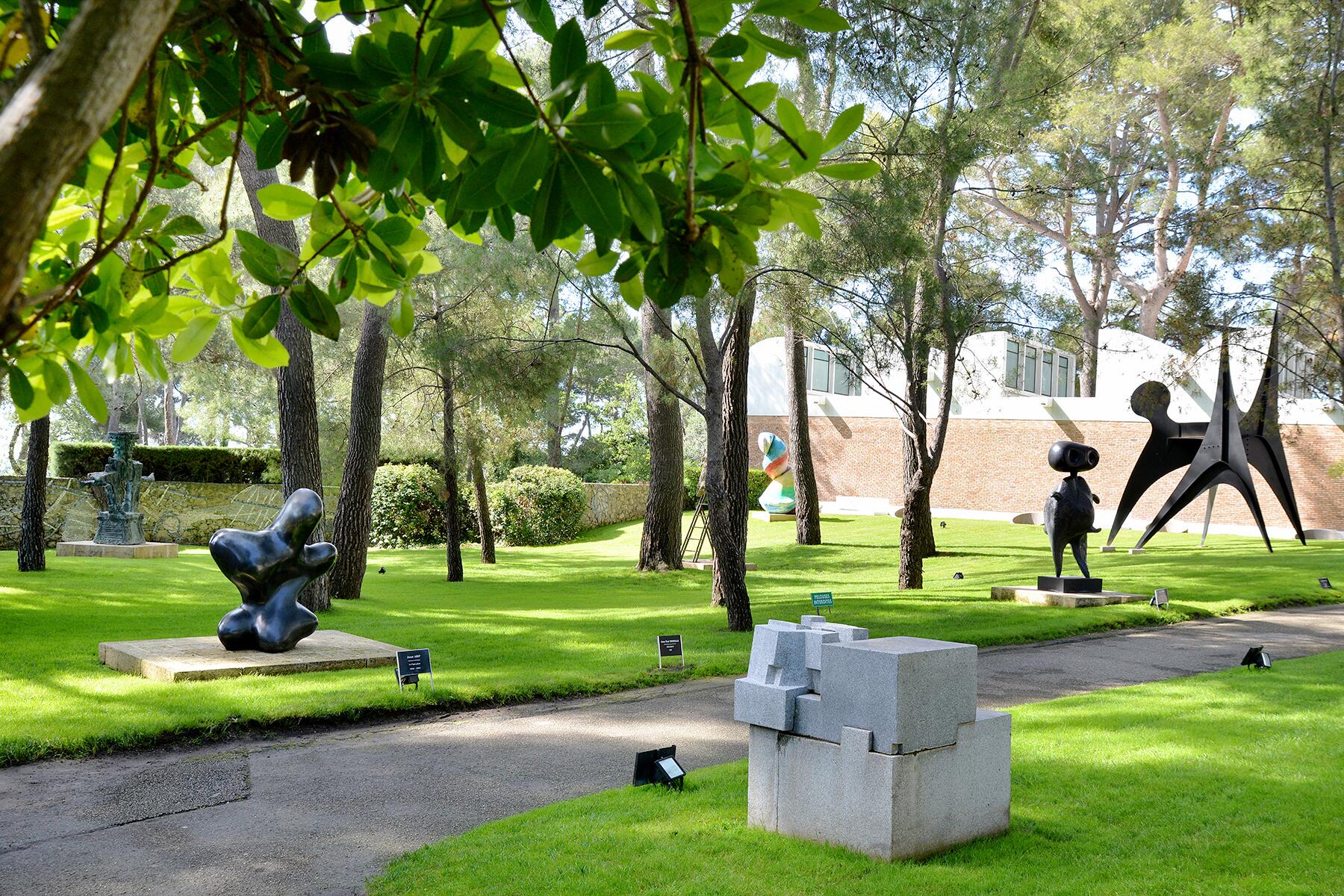 A jewel in the Riviera’s many-splendored crown, St-Paul-de-Vence has lived and breathed art ever since an A-list of 20th-century artists, writers, and movie stars adopted the village, staying at the now-famous La Colombe d’Or Inn, where artists paid for their stays with artwork. The once two-room inn, now a luxury hotel, proudly displays art by the likes of Picasso, Matisse, Braque, Chagall, Léger, and Miro along with more contemporary pieces.

The list of artists who settled here for the town’s charm, views, and light (and its position in the French Free Zone during World War II) is impressive: Cocteau, Matisse, Léger, and Chagall, who rests with his wife Vava in the village cemetery. Today St-Paul-de-Vence is crowded with art galleries and topped with the shimmering Chapelle des Pénitents Blanc (Folon Chapel), containing a mosaic masterpiece created by the Belgian artist Jean-Michel Folon over several years before his death in 2005.

Above the village, with stunning views of land and sea, you’ll find the Fondation Maeght, France’s first art foundation, which was created by Aimé and Marguerite Maeght, art dealers who represented and befriended some of the 20th-century’s greatest artists. Crowded with sculptures by Miró, Giacometti, Henri, Moore, and many other notable artists, the undulating grounds and building (designed by Josep Lluís Sert) alone are worth a visit. Its collection of modern and contemporary art, one of the largest in Europe, is an absolute treasure. 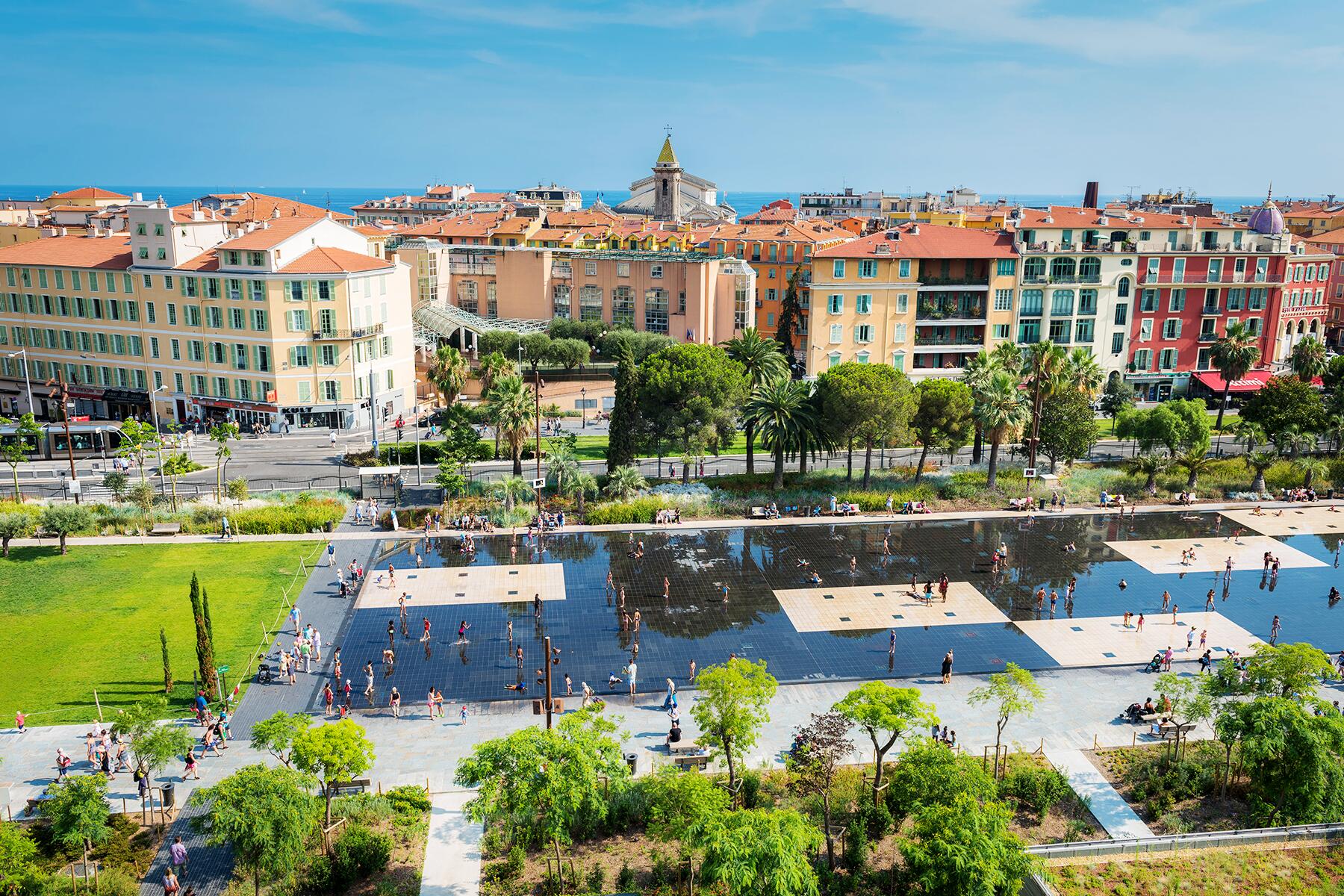 Henri Matisse’s love affair with Nice lasted 37 years until the artist’s death in 1954; he had a total of four dwelling places in the city, and the fourth and final is now the Musée Matisse. The museum documents Matisse’s entire artistic oeuvre, from his earliest portraits to his cutouts, created here in his final years.

An easy downhill walk or bus ride away, the Musée National Marc Chagall has soaring, light-drenched galleries that make the perfect backdrop for the largest collection of Chagall’s jubilant paintings in the world. The museum takes visitors through every period of the artist’s life and culminates in his 10-painting masterpiece, The Bible Illustrations. Mosaics, stained glass, and sculptures round out this extraordinary collection.

Tucked away at the edge of the city near the Promenade des Anglais and the Nice Airport, the Musée des Arts Asiatiques is Nice’s hidden jewel. Kenzo Tange’s iconic building, surrounded by an artificial lake in the Parc Phoenix, holds a treasure trove of Asian art both ancient and modern. Along with temporary exhibitions, you can visit the tea pavilion to learn the art of the tea ceremony.

PHOTO: Courtesy of Mairie d'Antibes
4 OF 10

Several famous artists have fallen in love with the ancient city of Antibes over the years, including Monet, Cross, Boudin, and Harpignies, but Picasso left the biggest mark. On a cobbled street in the charming old town of Antibes, with beautiful views of the sea, the Musée Picasso is housed in the 17th-century Château Grimaldi, where Picasso worked in an attic studio for six happy months. The artist’s joy (his newest mistress, Françoise Gilot, was about to bear him a child during the time he lived here) is expressed in luminous murals, paintings, drawings, and photos from the period, which he bequeathed to the museum.

Van Gogh loved this golden town, whose light, landscapes, and characters inspired an artistic flowering that culminated in his greatest masterpieces. The Fondation Vincent Van Gogh commemorates the artist and his 14 tumultuous months here in a revolving series of art exhibitions that explore Van Gogh’s influence on contemporary art and provide insight into his life and work.

Arles’s metamorphosis into an essential stopover on the art lover’s Provence circuit is also thanks to Luma Arles, where an international roster of contemporary artists, dancers, performers, and writers are given total artist freedom. Luma’s glittering new Frank Gehry-designed headquarters completed construction this year. 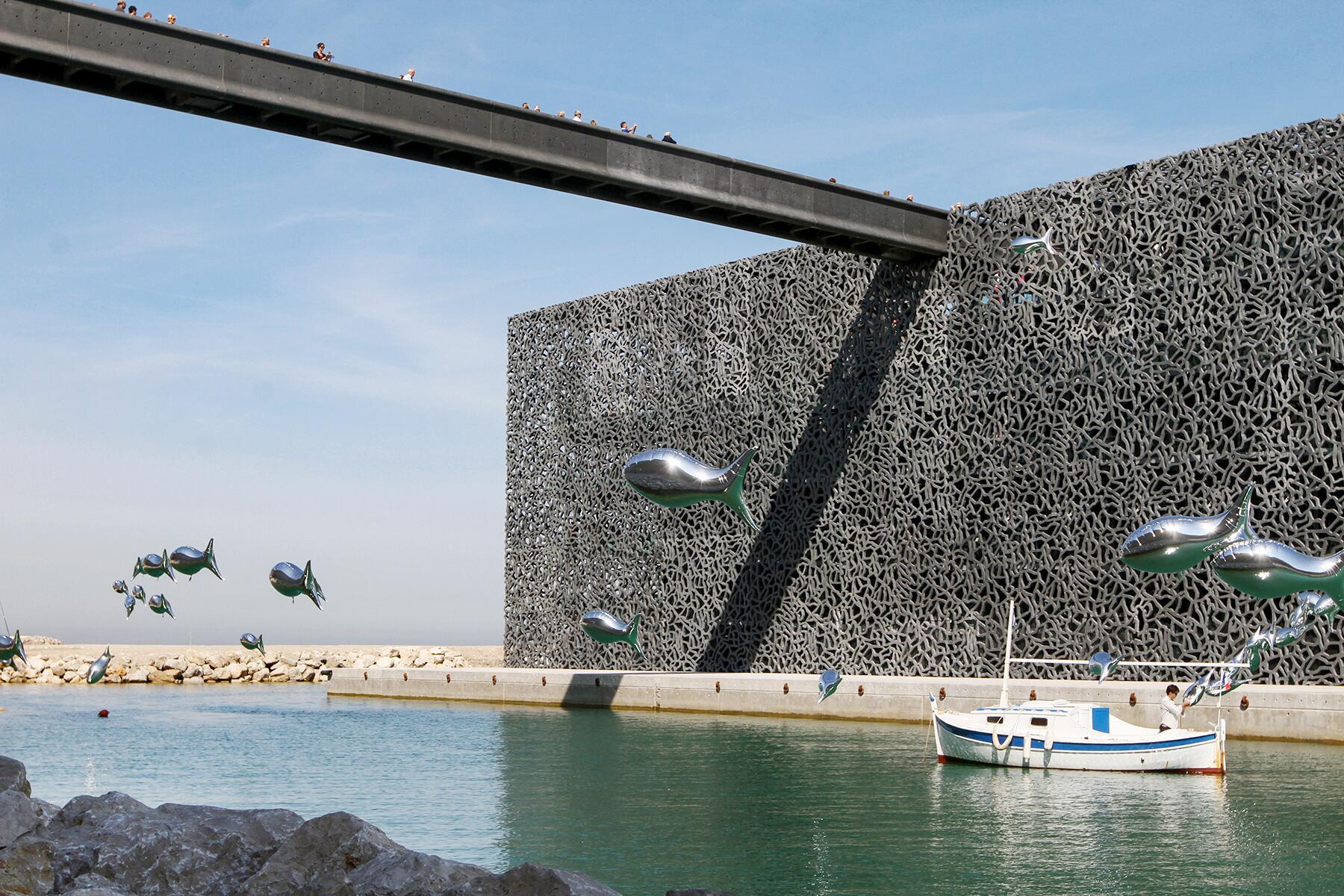 The cultural scene of Marseille was robust even before the city’s resurgence, but since its year-long stint as a European Capital of Culture in 2013, the city has been unstoppable. The Musée des Civilisations de l’Europe et de la Méditerranée (or the Mucem, as it’s commonly called) is housed in a black filigreed structure designed by Rudy Ricciotti and focuses on Mediterranean culture both ancient and modern. The flagship of a project to overhaul the J4 pier, the museum is set right atop a moat at the turquoise seaside and linked to Marseille’s 12th-century Fort St-Jean by a vertiginous footbridge. Its gastronomic bistro (by three-Michelin-star chef and native son Gérard Passédat), café, and excellent bookstore all offer fabulous views.

Across from Mucem, the excellent Regards de Provence was once the first stop for immigrants arriving in Marseille. Refurbished in 2014, it now highlights the paintings of Provence and the Mediterranean Sea in its permanent collection and temporary exhibitions. The museum’s light-drenched galleries, restaurant, and rooftop café all offer exquisite views of the sea and ships headed to Corsica and Italy.

Finally, Cité Radieuse, Le Corbusier’s experiment in collective living, is among the modernist architect’s greatest achievements. Visitors can explore the front hall entrance and a preserved apartment of this UNESCO World Heritage site, then visit the bar, restaurant, and hotel and take in stupendous 360-degree views of the city and the sea from designer Ora-Ïto’s MAMO arts and sculpture center on the roof. 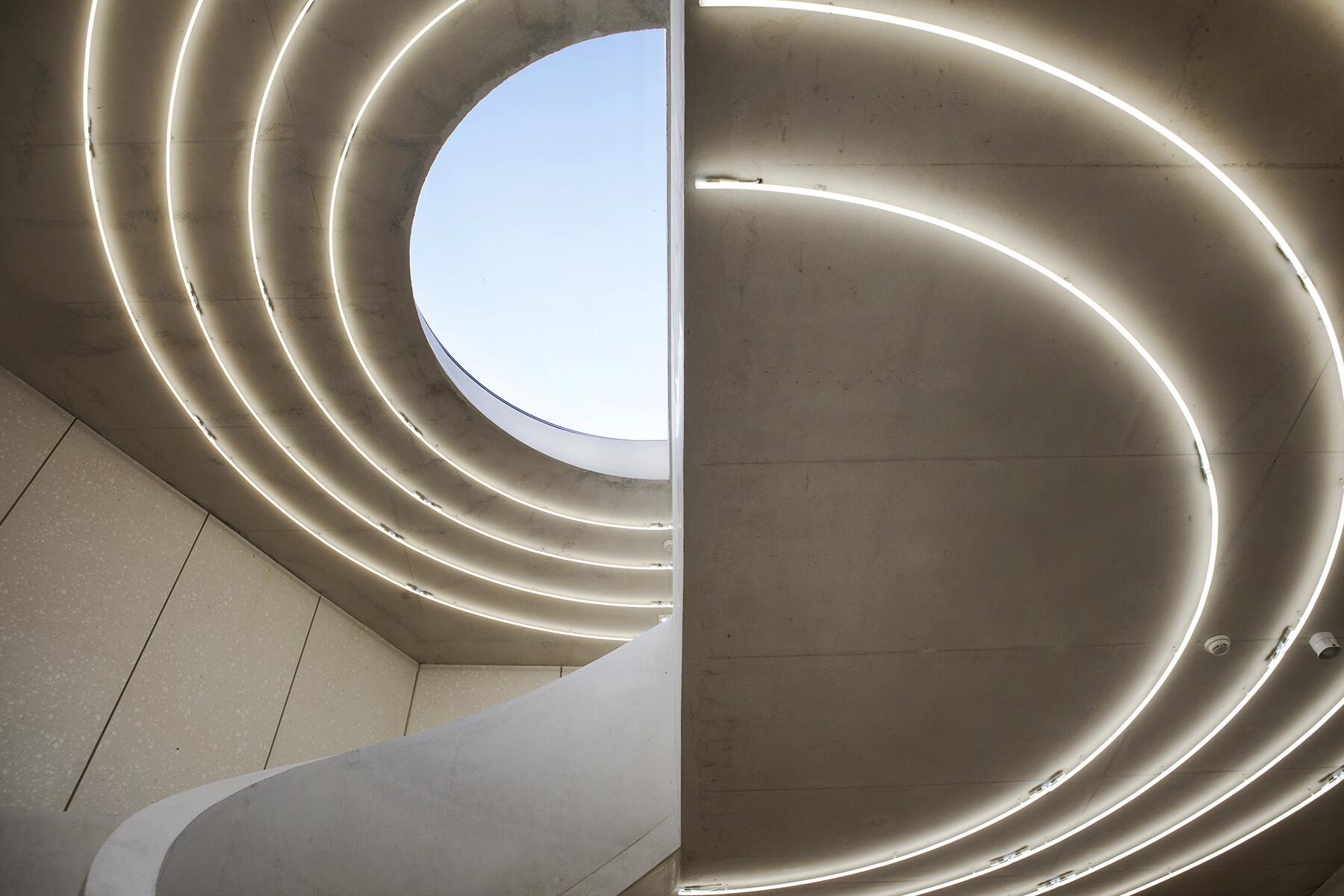 Avignon is an epicenter for the arts in Provence, starting with the Avignon Festival, and its offshoot, the more edgy Le Festival OFF, Europe’s biggest contemporary performing arts festival and France’s oldest. For two weeks every July, visitors can choose from a dizzying 1,500 performances a day, including theater, dance, performance art, and recitals held in indoor and outdoor venues.

Avignon may have more museums per capita than any other city in Provence, starting with the Musée du Petit Palais just above the Palais de Papes. It is home to an impressive collection of Italian Old Master paintings from the time of the French popes to the Renaissance, with works by Botticelli, Bellini, and Carpaccio. Housed in a splendid 18th-century mansion, the Musée Calvet‘s superb collection of antiquities and major French paintings from every period up to the 20th century is an excellent companion to the Musée Angladon, set in the home of the great Parisian couturier Jacques Doucet, where you’ll find works by the modern masters, including Matisse, Manet, Modigliani, Degas, and Van Gogh.

PHOTO: Courtesy of Cagnes-sur-Mer
8 OF 10

Cagnes-sur-Mer may seem like nothing to write home about, but its hilltop old town, Haut-de-Cagnes, is among the loveliest perched villages in Provence and particularly adored by artist Auguste Renoir. Crowned by the Château-Musée Grimaldi, the town is home to two art collections: the Collection Suzy-Solidor, named after an actress whose famous friends painted her likeness, and the Musée d’Art Modern Méditerranéen, with works by Chagall, Dufy, Cocteau, and other artistic devotees of the Riviera.

Renoir spent the last 12 years of his life at the Villa des Collettes, now the Musée Renoir, a touching, painstakingly preserved monument to the artist in his waning years. The recently renovated museum exhibits 11 of Renoir’s last paintings, as well as his works in bronze and plasters. 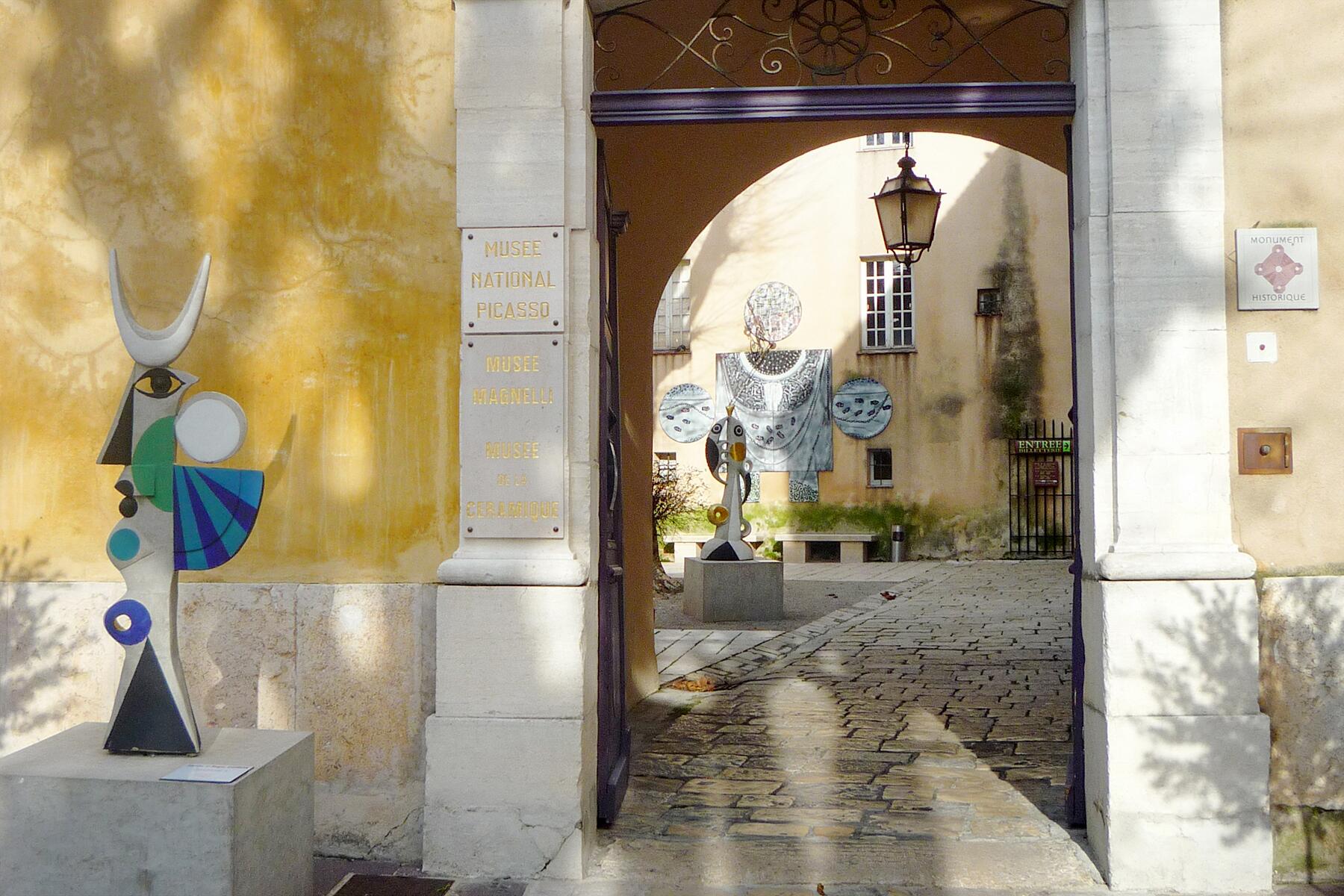 Picasso’s giant Riviera footprint extends four miles from Antibes and Juan-les-Pins to Vallauris, where he lived from 1948 until 1955, and where he married François Gilot in top-secret at the Vallauris town hall. An old pottery town, Vallauris was pivotal for Picasso, who began his fertile foray into ceramics and sculpture there.

He also created two monumental paintings in Vallauris—War and Peace—to cover the curved walls of the Chapelle La Guerre et La Paix (War and Peace Chapel). Created between 1951 and 1952, the works were titled after Tolstoy’s epic and were Picasso’s first political paintings since Guernica, painted in 1937. Today, the chapel museum exhibits Picasso’s ceramics, drawings, and linocuts. 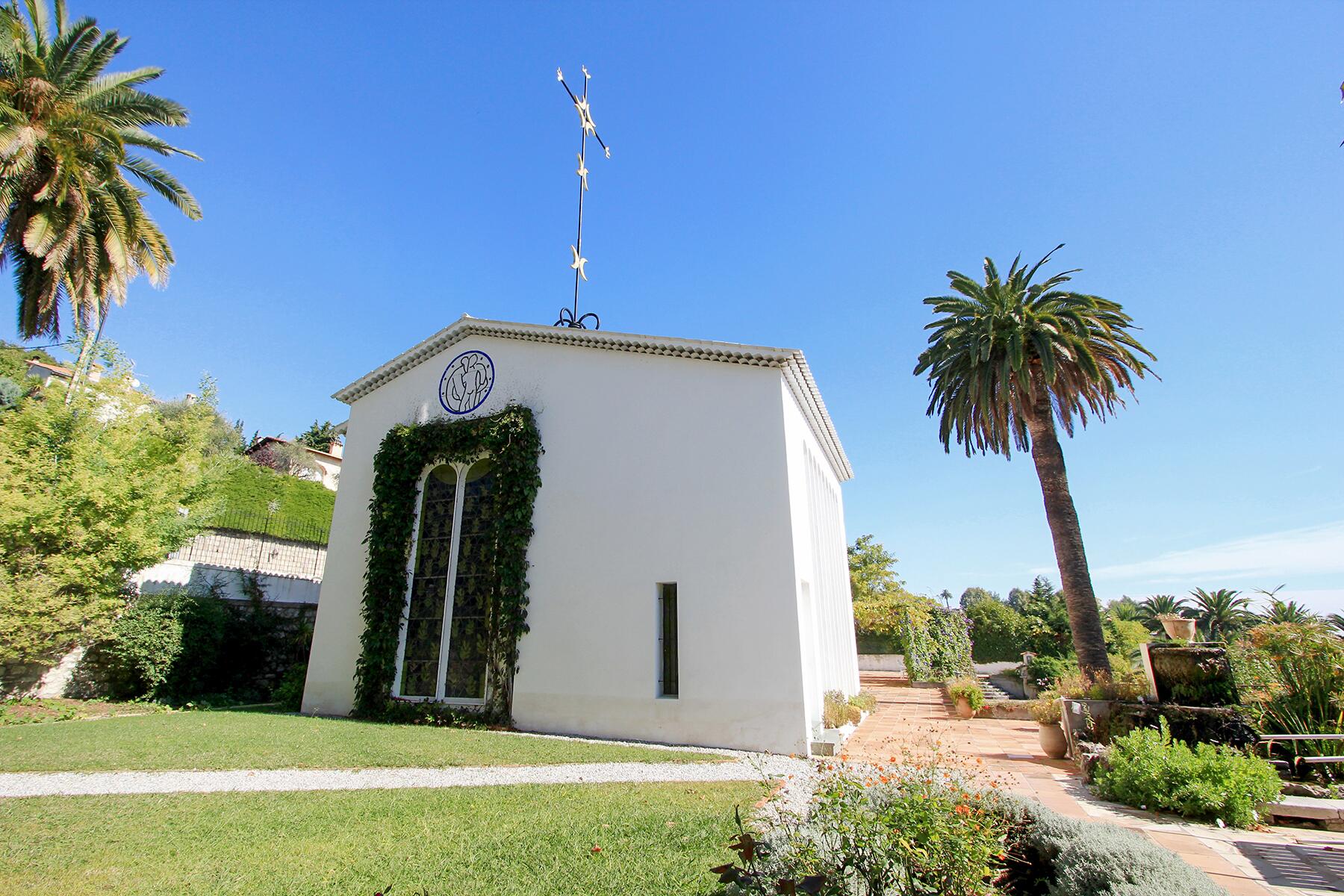 Among the many attractions in Vence are a charming old town, a top-notch morning market, and Henri Matisse’s exquisite Chapelle du Rosaire, aka the Matisse Chapel. The immaculate white structure, a gift to the nuns who nursed him through an illness, is all the more moving for its purity and simplicity. The deft hand of the master, pared down to essentials in his later years, shines through the narrow stained glass windows in limpid blue and green and austere black and white murals. Matisse considered the chapel his masterpiece, designed and dedicated when he was in his 80s and nearly blind.