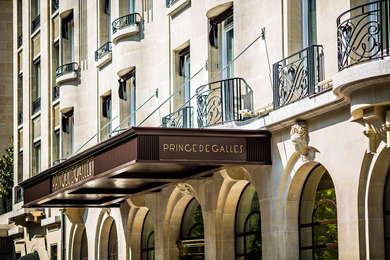 Seeking palace-hotel grandeur? Don't overlook this five-star Art Deco gem, originally built as the Paris home of Prince Edward (before Mrs. Simpson got a hold of him). Sleek and refined, the hotel's sophisticated atmosphere, fabulous Michelin-starred restaurant and glorious bar add up to a palace experience without the attitude.

YOU SHOULD KNOW Besides some seriously upscale shopping around the Champs-Élysées, this isn't the most happening neighborhood. That said, for walkers and museum lovers, there are cultural riches abound within an easy walk from the hotel.

Bespoke furnishings in lustrous wood and plush velvets and handsome color schemes create a refined elegance, augmented by the 40's-era artworks. The chic black-and-white fashion photos gracing the hallways recall the days when the likes of Marlene Dietrich stayed here. Consider a terrace suites with to-die-for Paris views, a fact not accentuated on the hotel website.

If you're looking on the lower end of the price scale, the little extra you'll pay for a Deluxe room is worth it for the gain in size. 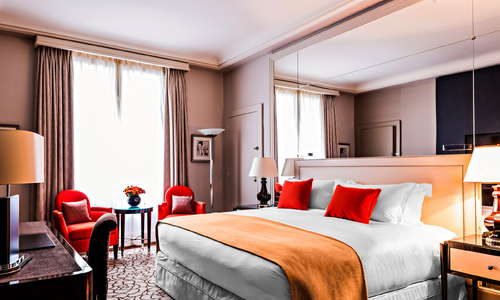 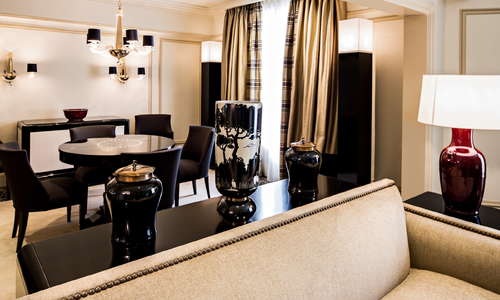 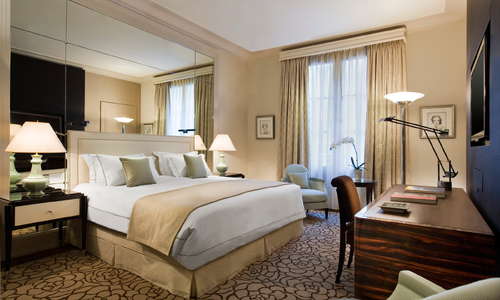 Gorgeous marble bathrooms, with brilliant mosaic motifs, have separate baths and rain showers, with all the amenities and plenty of shelf space. Don't be afraid to splash the artworks above the bath--they're waterproof.

Creamy marble and ebony unite to create one of Paris's more stylish backdrops in which to wait on a friend, lover, or no one in particular. 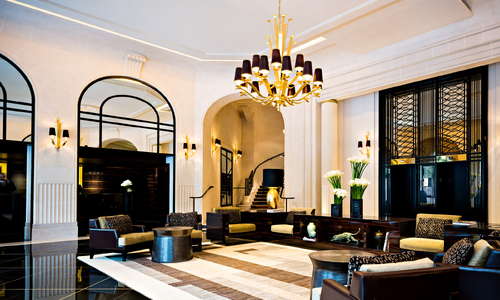 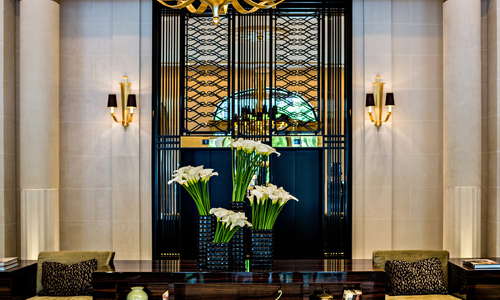 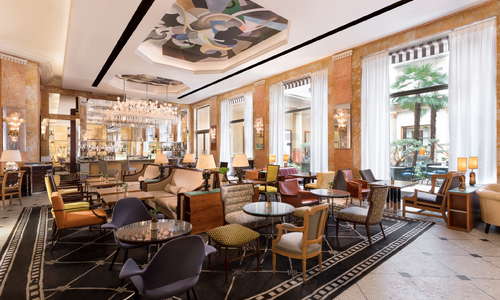 The spa, by Paris beauty guru Olivier Lecocq, is smaller than you'd expect for a luxury hotel, but the private wellness suite is a kind of luxury in itself, equipped with its own steam room and shower.

All the spa treatments are available for in-room pampering, which eliminates the awkward ritual of traipsing around in a bathrobe.

A small but chic gym has all the machines and gadgets needed to maintain your level of buffness.

From the hotel's marble-clad open kitchen—a bold move for a dining room of this caliber—Michelin-starred chef Stéphanie Le Quellec creates scintillating dishes of utmost refinement—starting with a melt-in-your-mouth foie gras tart, to a delicate line-caught fish perfumed with ginger followed by a scintillating dessert—this is an experience not to miss.

If you're not a wine buff, let the sommelier have his way with you. You won't regret it! 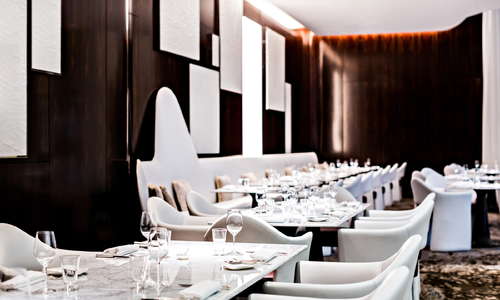 Les Heures bar is the place to feel Parisian through and through, in an Art Deco showcase topped with a futurist mural and opulent lighting modelled after the Prince of Wales's three-plumed coat of arms. The cocktails are expertly crafted by Florian Thireau, who honed his craft at some of Paris's signature watering holes. 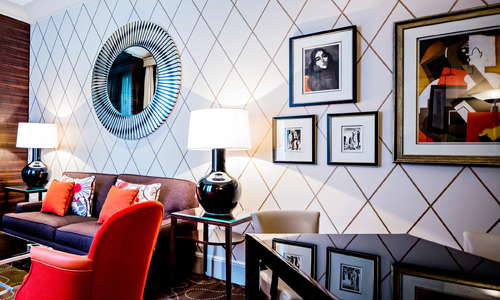 The hotel is a few minutes walk to line no. 1, Paris's central line. Also close to line 9, direct to the Eiffel Tower. There are also tons of buses on the Champs-Élysées. Posh Avenue George V is not exactly in the thick of it, but it is close to posh shopping on the Golden Triangle and you're within easy walking distance of a half-dozen excellent museums.

If you venture out, which you certainly don't need to, there a bunch of Paris's top restaurants within a five or ten-minute walk, including Ledoyen and Le Cinq virtually next door. A lesser-priced option, and a perennial favorite, Le Mini Palais (helmed by three-star Michel chef Eric Frechon) is open all day and well into the night and boasts one of Paris's best outdoor terraces--and it's just a 6-minute walk away.

Though sleekly refined, here beauty isn't just skin deep. With one of Paris's best under-the-radar chefs, discrete world-class service and some heart-stopping Paris views, if you've got the budget, we can only say, "Go for it!" 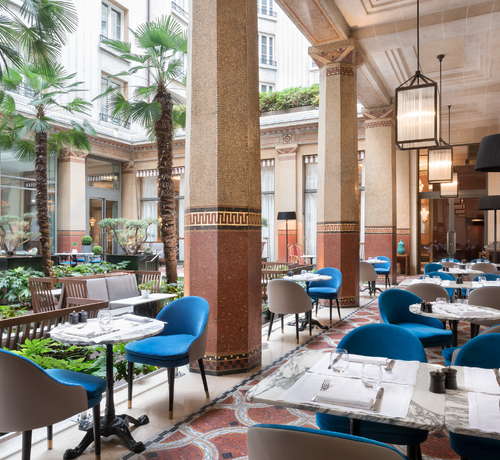 #6 These Are the Best Hotel Bars in Paris 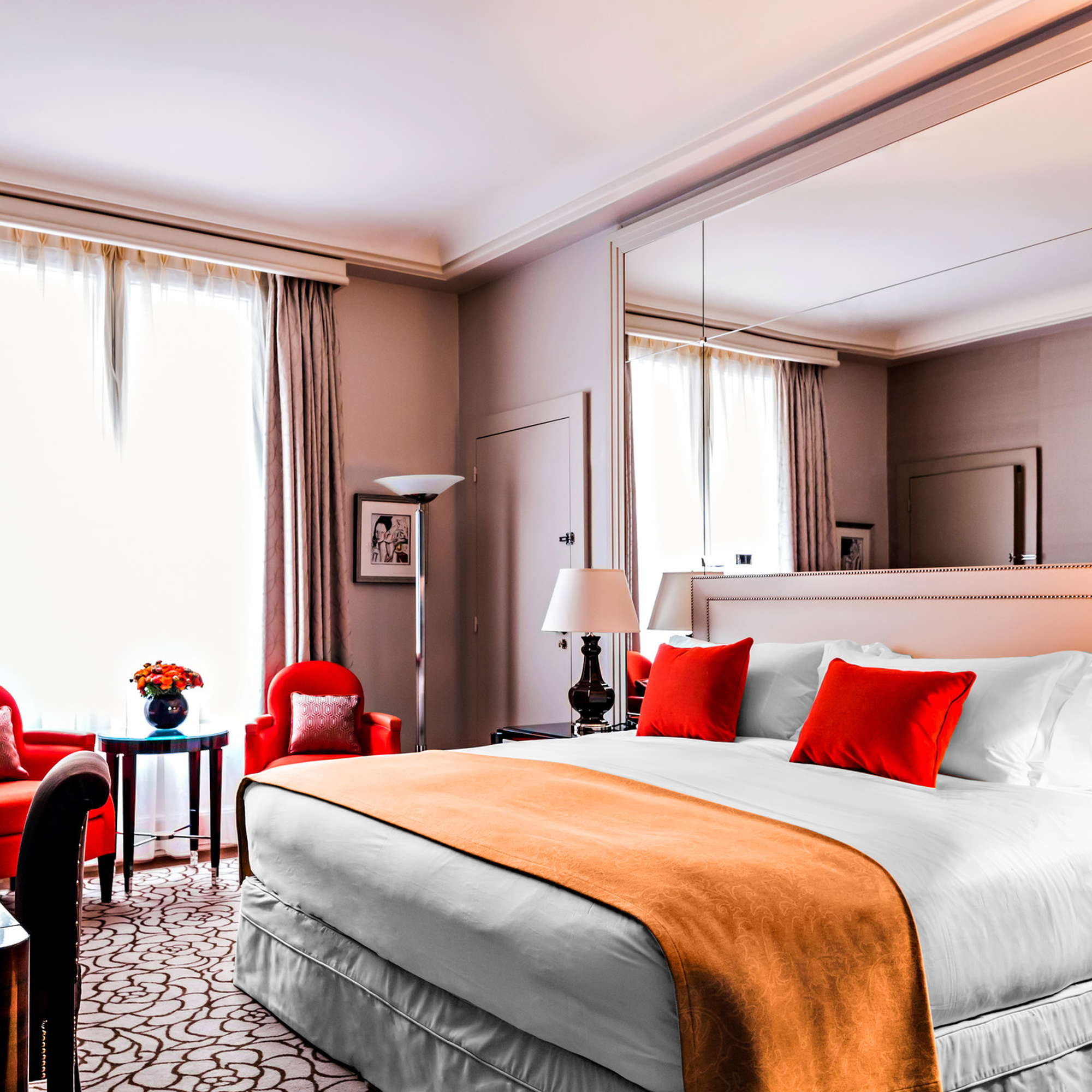 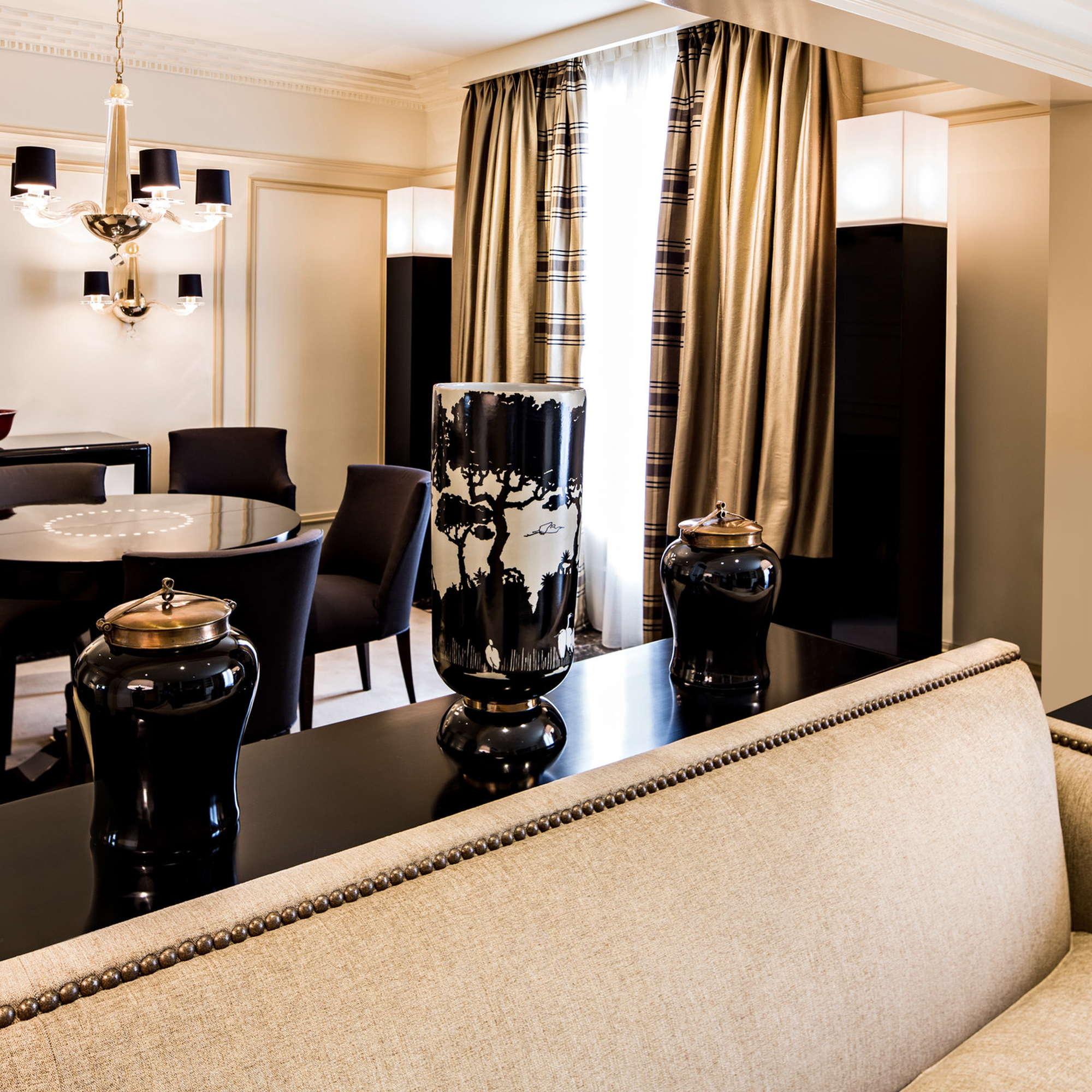 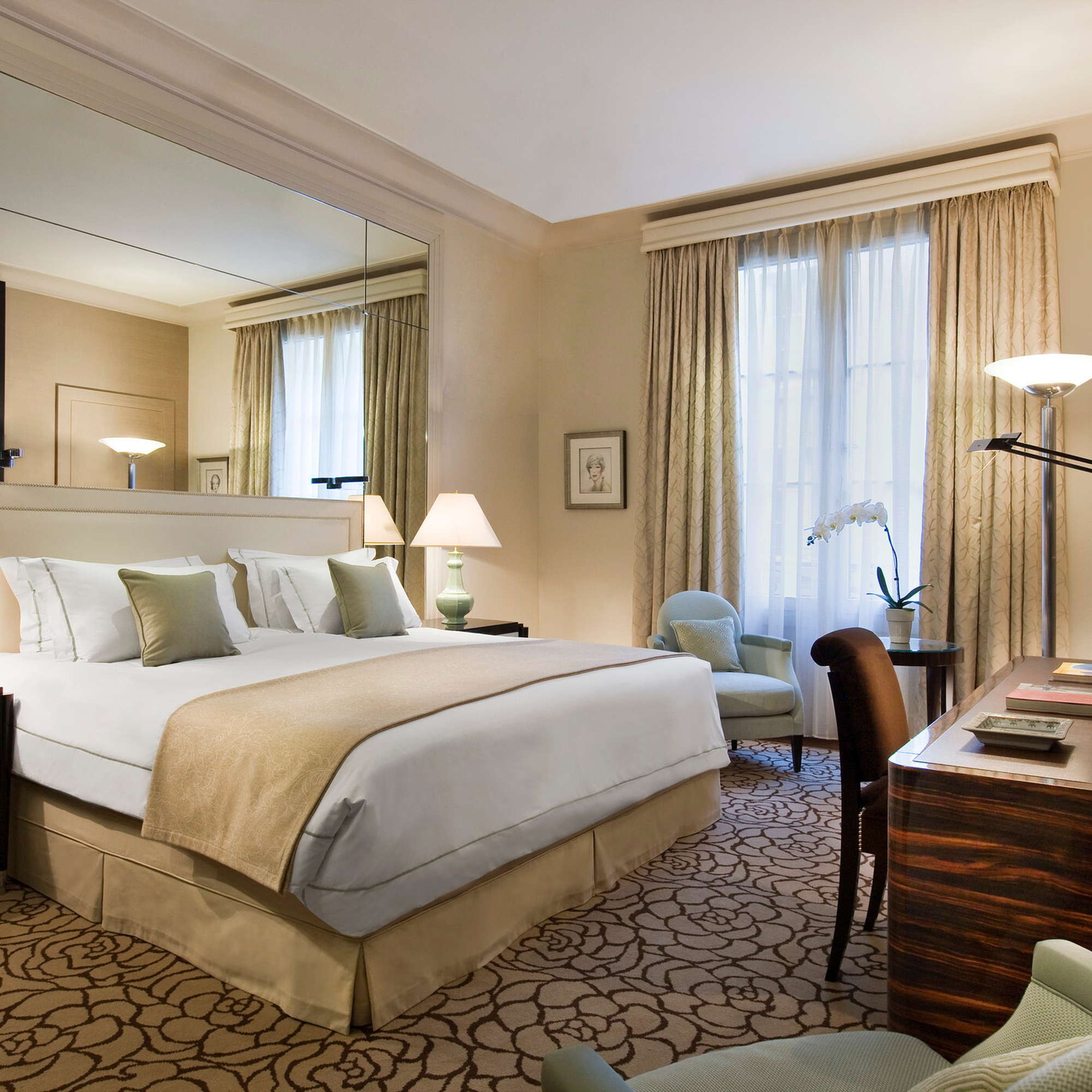 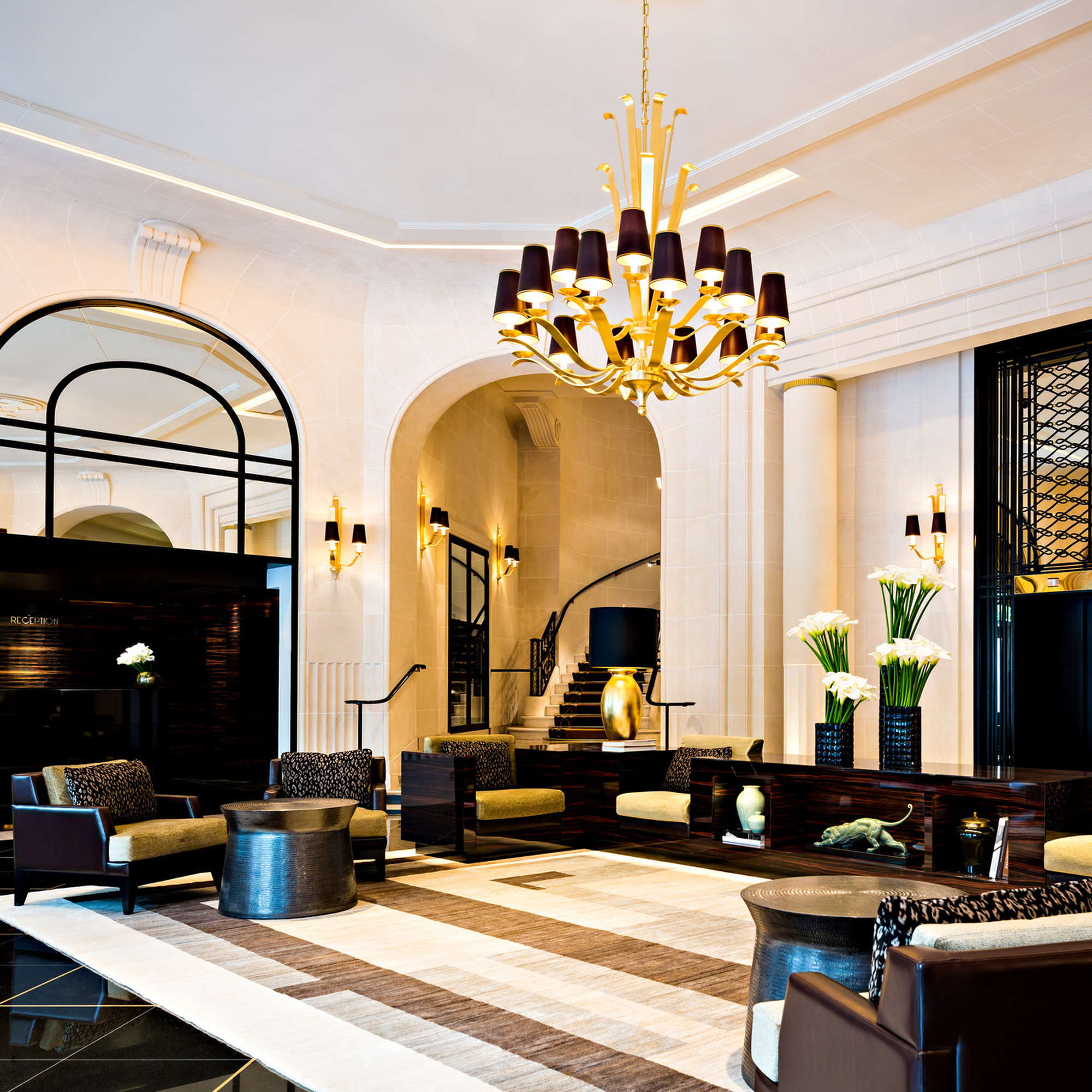 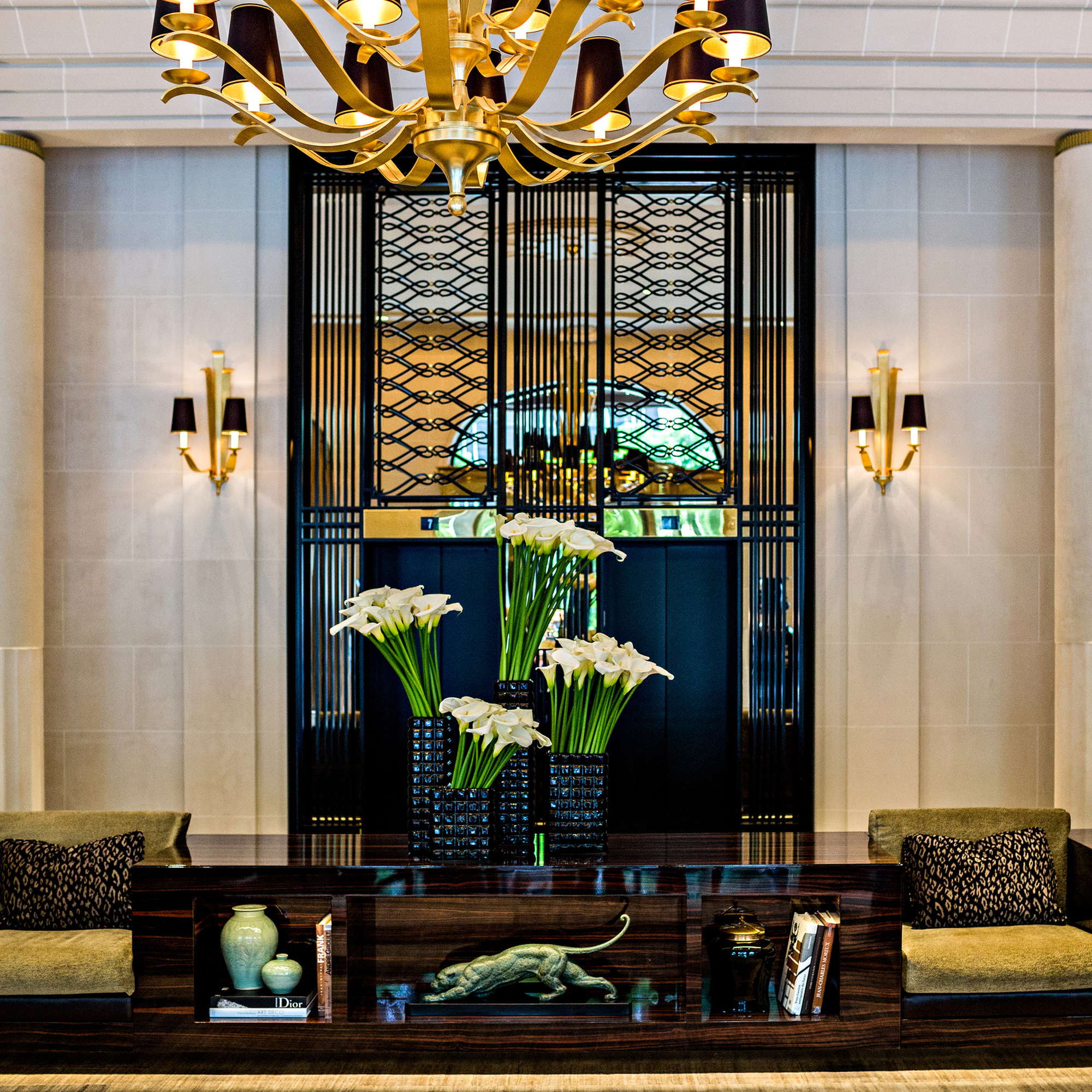 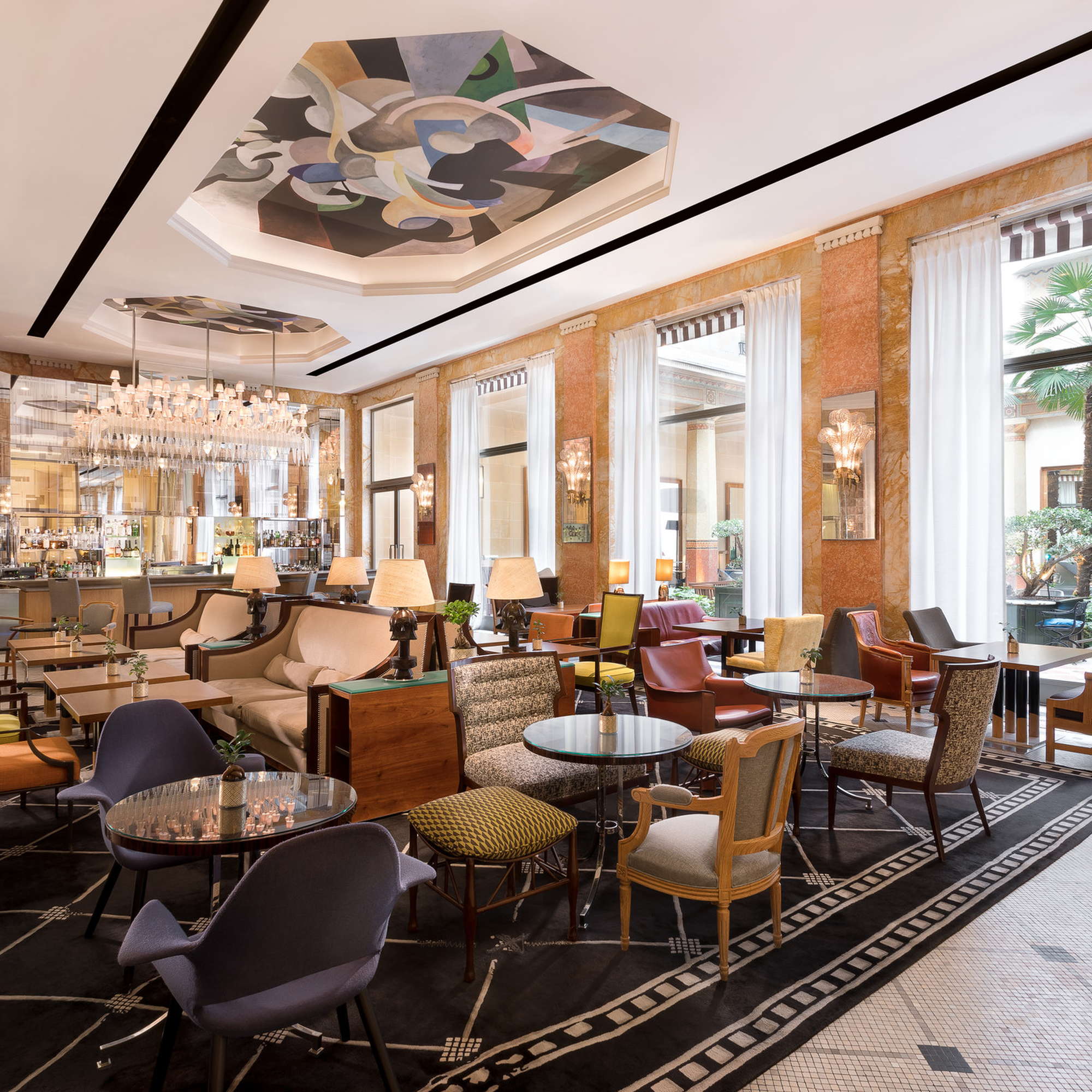 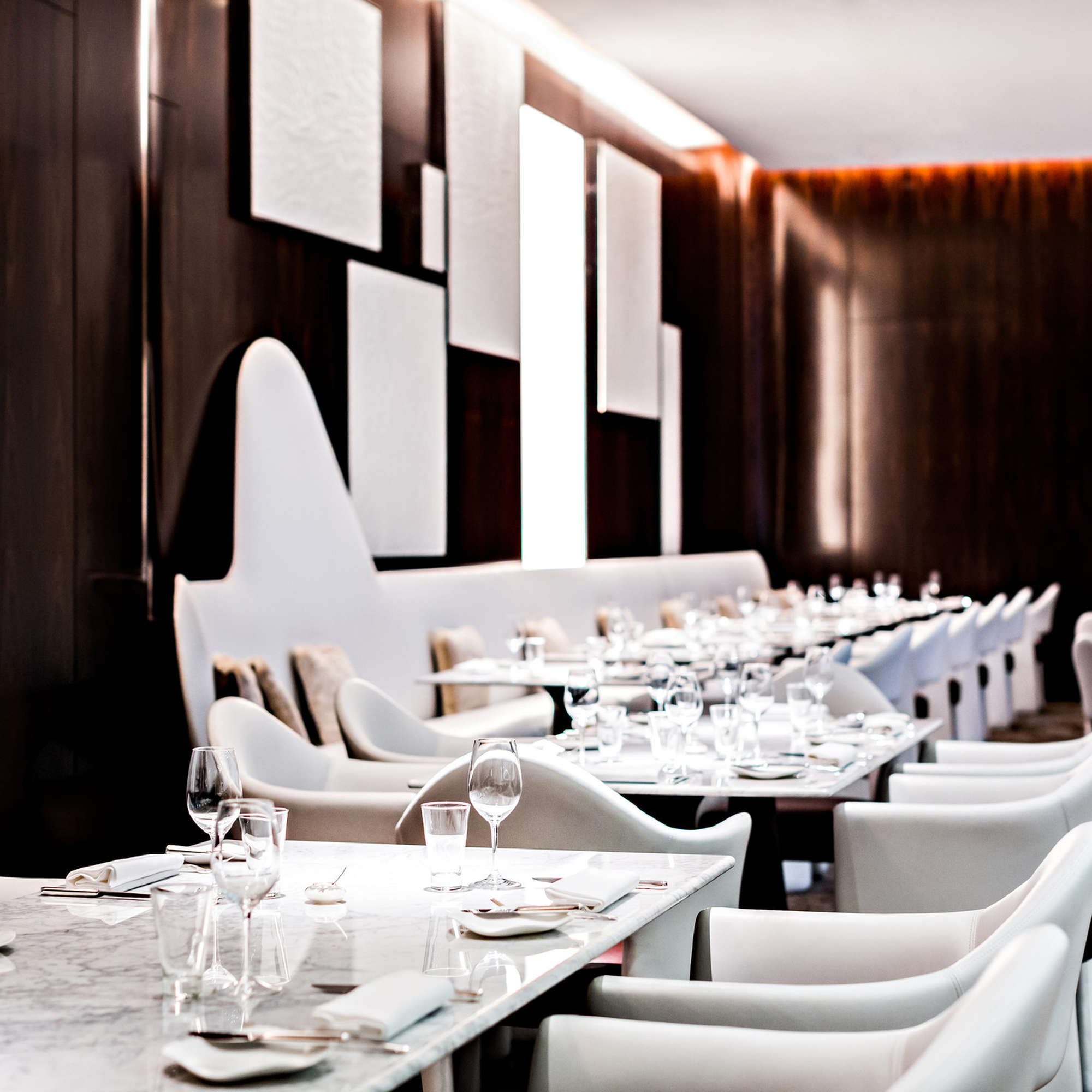 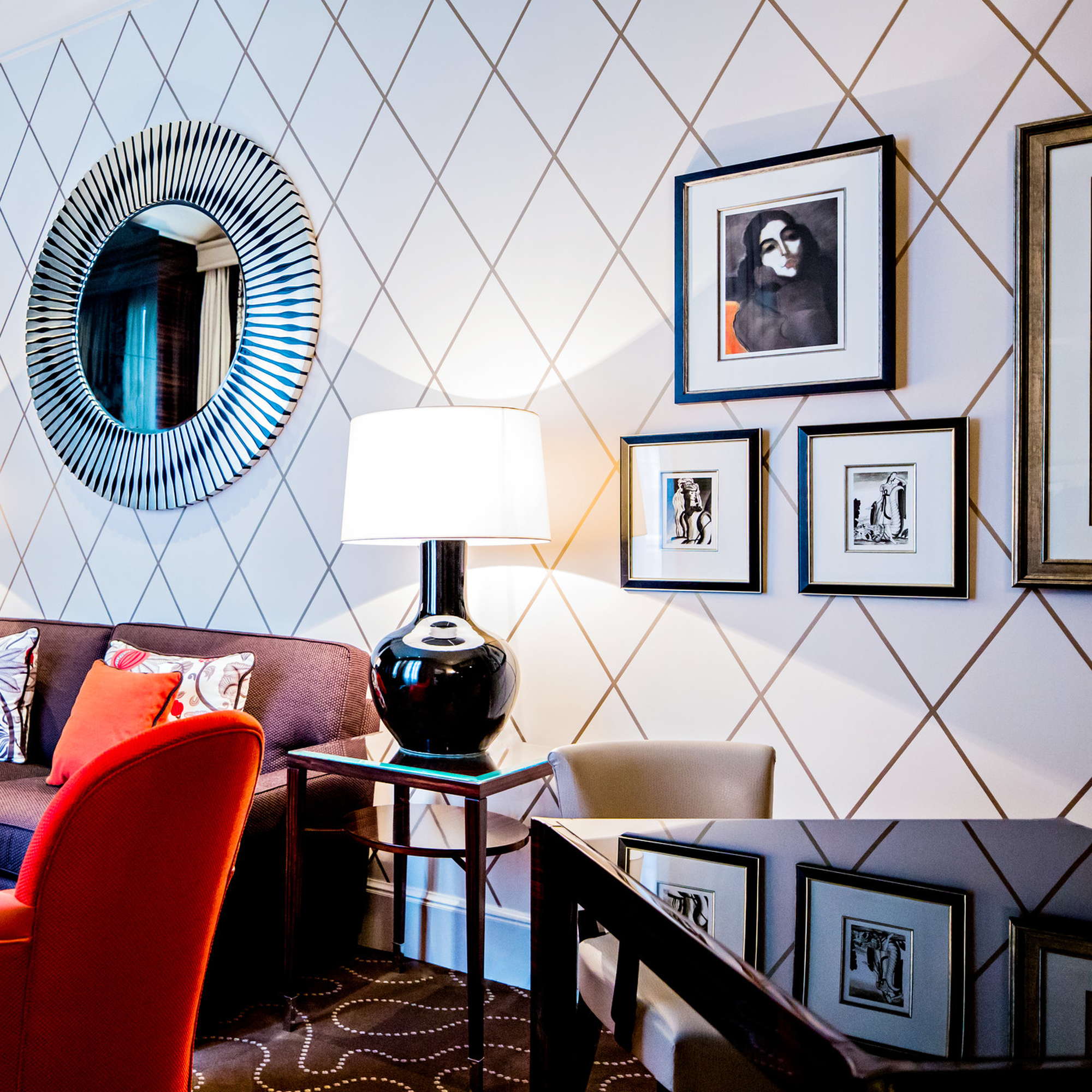