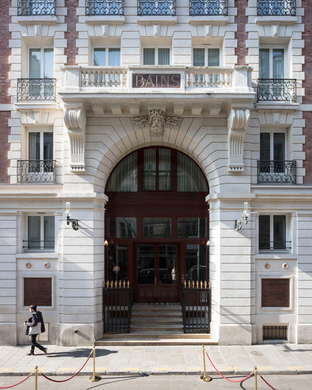 Les Bains is now in its third incarnation, since opening in 1885 as a bathhouse patronized by Manet, Zola, and Proust. Though some still remember its second late 1970s and 80s heyday as the Paris hangout for an international jet set, including the likes of Jagger, Bowie, Warhol, and a bevy of supermodels who swilled champagne and partied in and around the pool. Now a chic hotel-restaurant-bar-club, Les Bains has spiffed up Philippe Starck's original 70's design to create a dusky allure and cultivate a chic clientele.

Once your eyes adjust from the gloomy hallway, you'll find a bright, chic, larger than average and pleasantly understated room, with pale walls and Art Deco-ish furnishings (velvet sofa or banquette, marble or glass-topped table) with works by contemporary artists. Most rooms have floor-to-ceiling windows opening onto a terrace large enough for a café table and chairs (top-category suites have larger terraces). All rooms have docking stations and top-notch sound systems (some even in the bathroom).

YOU SHOULD KNOW Courtyard rooms with terraces are quieter on weekdays, but, paradoxically, noisier on weekends, since terrace noise can carry. 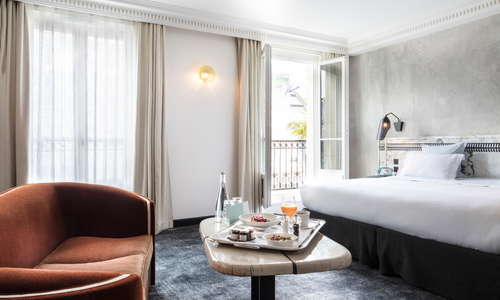 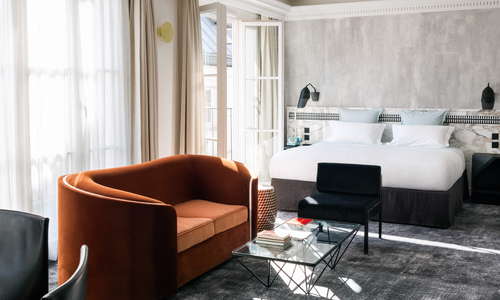 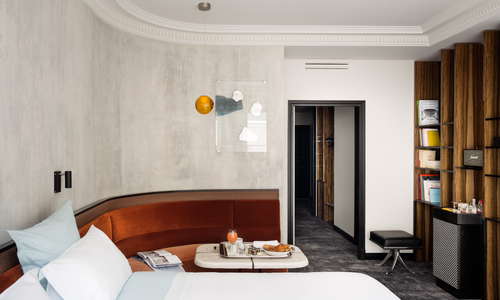 Varnished mahogany and pale Carerra marble are used to dramatic effect in capacious bathrooms, and though quite chic, the lighting does not sufficiently dispel the darkness. No worries, there's daylight galore with your outdoor shower on suitably protected suite balconies (some suites also come with tub, shower and small hammam). Toilets are separate and deliciously scented bath products are by Le Labo.

YOU SHOULD KNOW Unless you are staying at the hotel to party, be aware that the hotel bar and club, featuring either a DJ or live music, stay open late, a fact that will be painfully obvious to guests on the lower floors who want to sleep before 2 or 3 a.m. 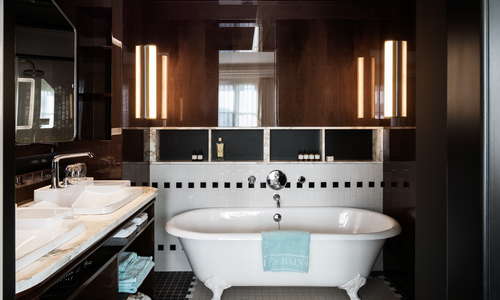 Slate gray walls in the beautiful, atmospheric lobby and reception area, including the Salon Chinois (guests only), highlight original stained glass, made cozy with leather chairs, a fireplace, and oriental rugs.

If offbeat, artsy culture is your thing there's do not miss the superb Musée de la Chasse et de la Nature, a few minutes from the hotel. Mixing the art of the hunt with contemporary art in ingenious ways, this is one of Paris's best small museums. 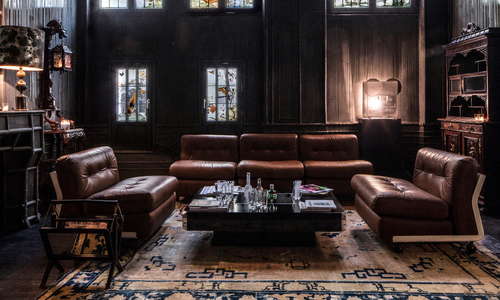 Though there is a pool in the club, it hearkens back to the hotel's 80's heyday, when everyone "fell" in and it all turned into one big wet T-shirt contest. No one really swims here now.

The moodiness continues in the superchic restaurant, with a deep-purple lacquered ceilings, pillars like molten stalactites, and a terrace for outdoor dining. Choose from an Asian-inflected menu at lunch, weekend brunch, or dinner. A la carte or continental breakfast (or energy drinks for your hangover) served till 3 p.m. 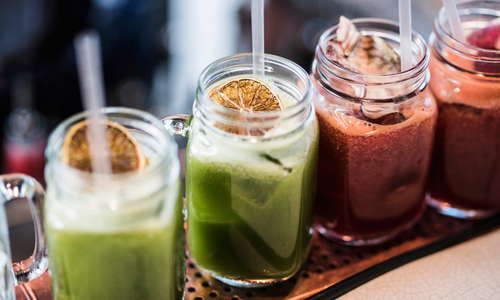 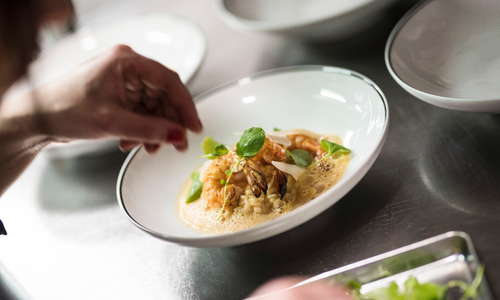 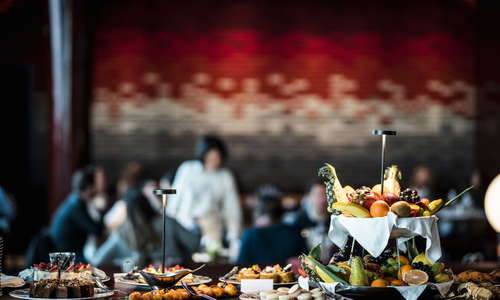 Featuring live music or a DJ, the downstairs club is a major draw for the hotel, whose attempt to jumpstart its former glory seems to be working, though you're more likely to rub elbows with investment bankers and hipsters than celebrities. The original checkerboard floor and swimming pool from its glory days remain.

Though Les Bains is a universe unto itself, this is a great neighborhood for dining out. For anything from Japanese fusion to a juicy burger, head to the ultra-popular food stands at the Marché des Enfants Rouges, Paris's oldest open market, gourmet grocer Maison Plisson's café for a gourmet sandwich or some of the city's best vegetarian at the downstairs café in the concept store Merci. At Elmer, you'll discover firsthand what Paris "bistronomy" is all about.

Lockwood is a hip nearby watering hole if you need a change from the hotel bar. A small speakeasy, Mabel is hugely popular so be sure to reserve.

Set on a quiet street between Les Halles and the Marais just minutes from the Centre Pompidou, this is a hip neighborhood close to great cafés, restaurants, and endless shopping in the Marais and haut Marais and the 2nd arrondissement's chic nightspots and cocktail bars. You're also close to major museums and the revamped Les Halles, which is Paris's largest shopping mall, with movie theaters and a public pool. Les Bains comes with loads of style, plus pretty much everything you need in-hotel (a spa is on the way). 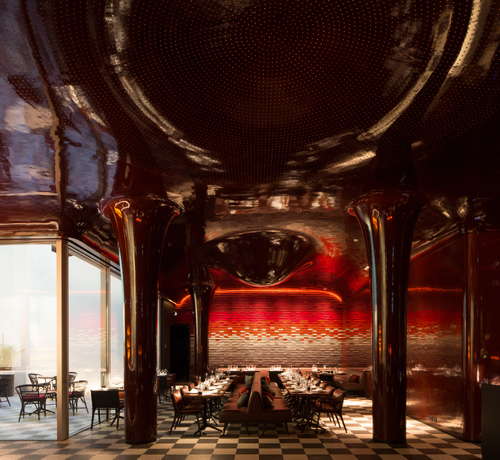 #2 These Are the Best Hotel Bars in Paris 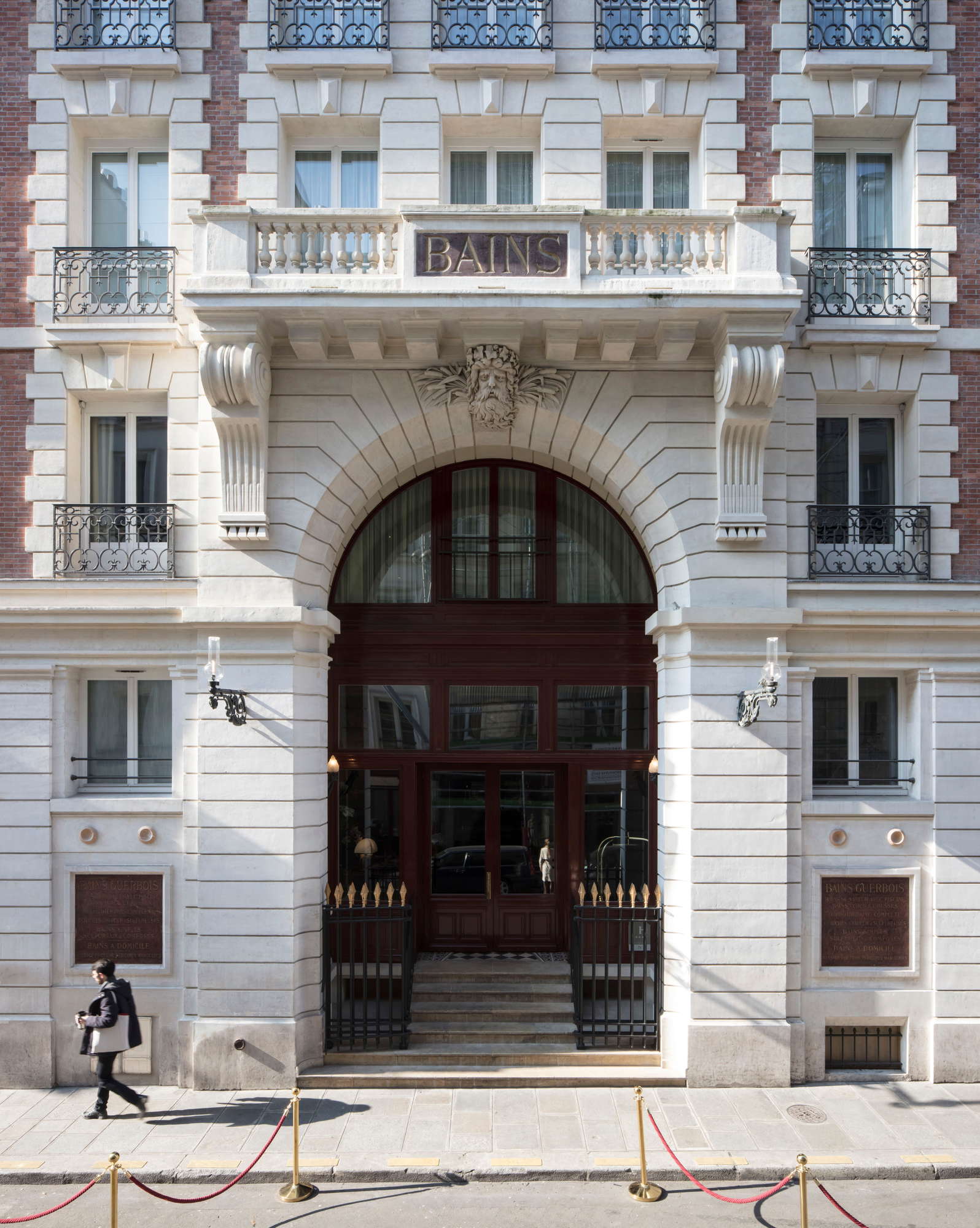 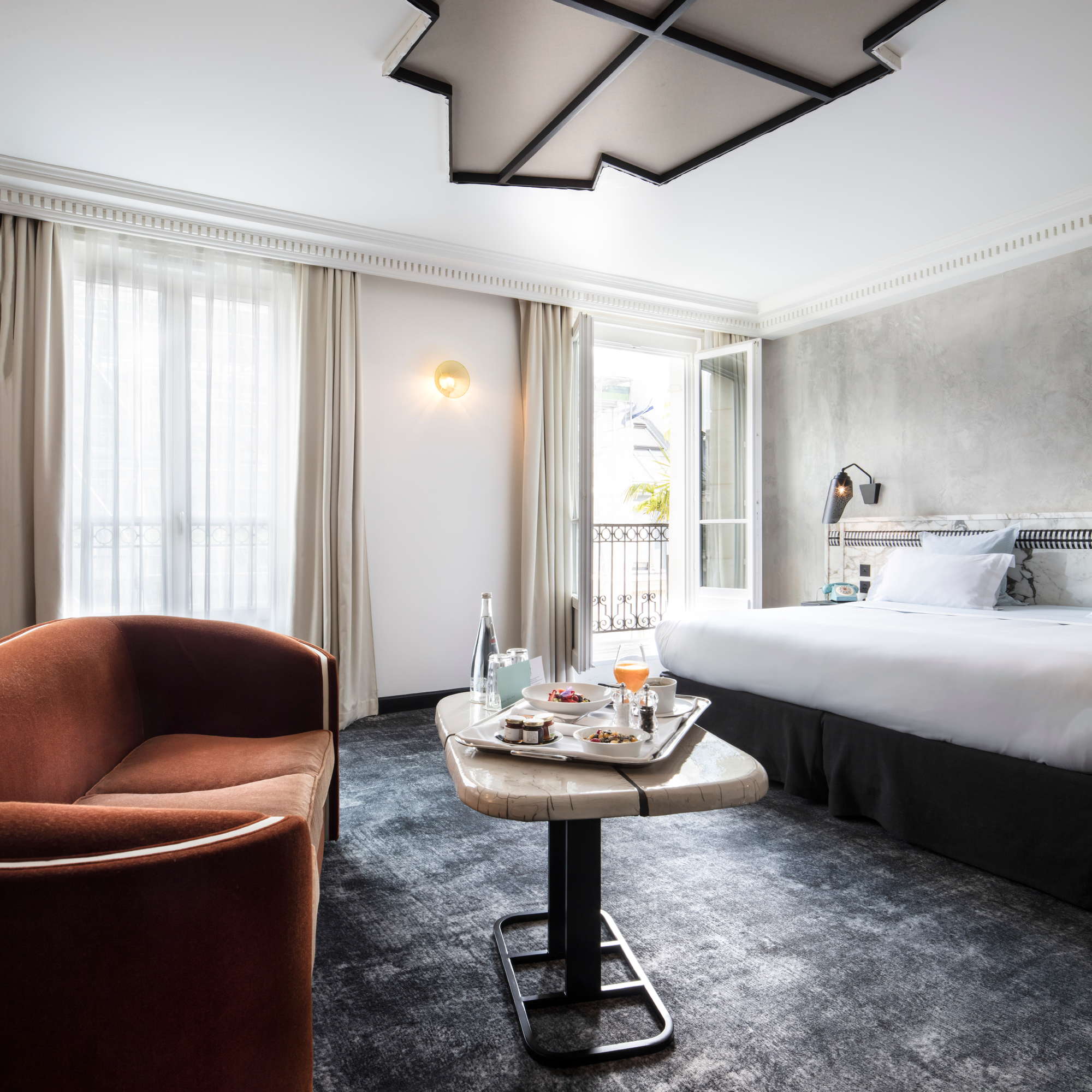 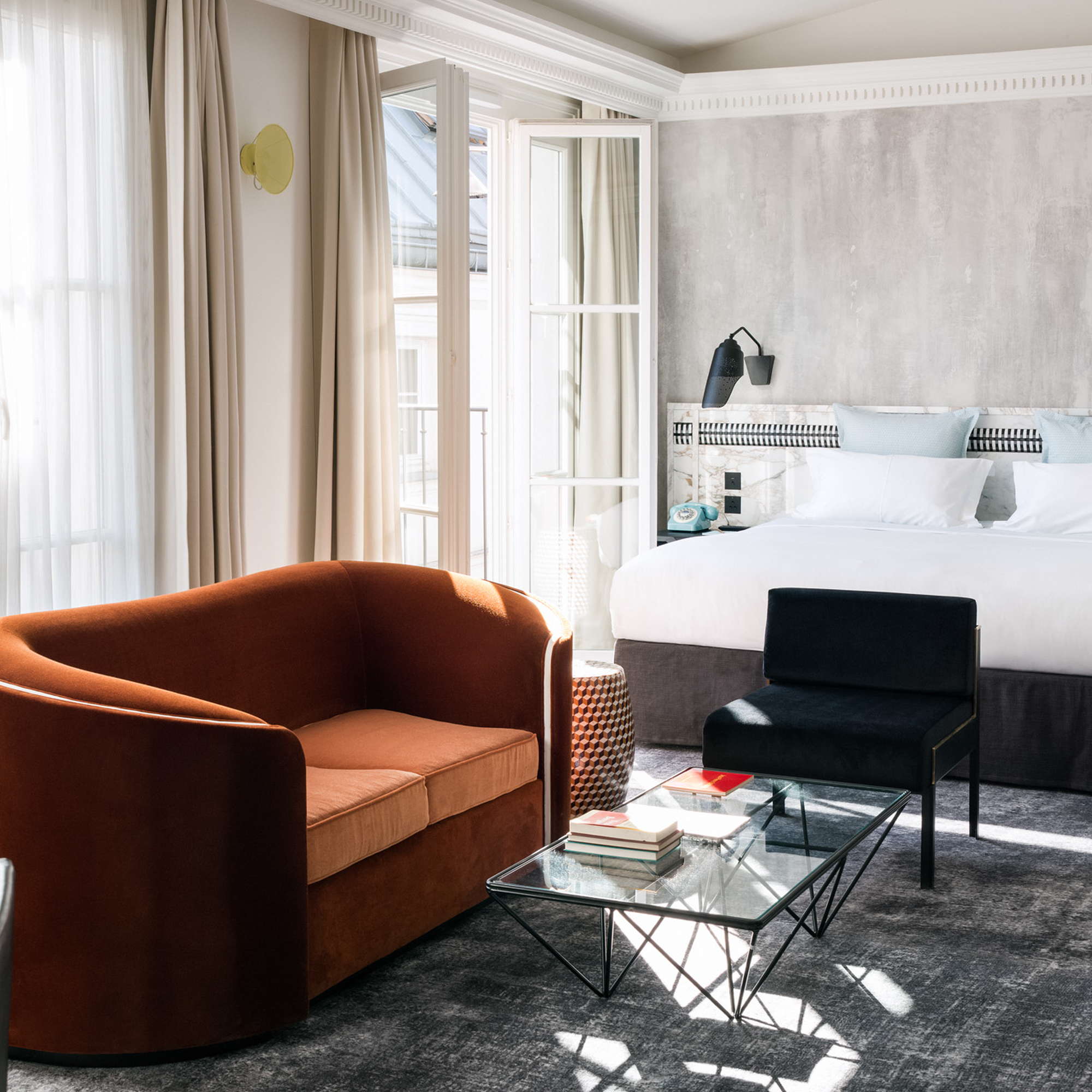 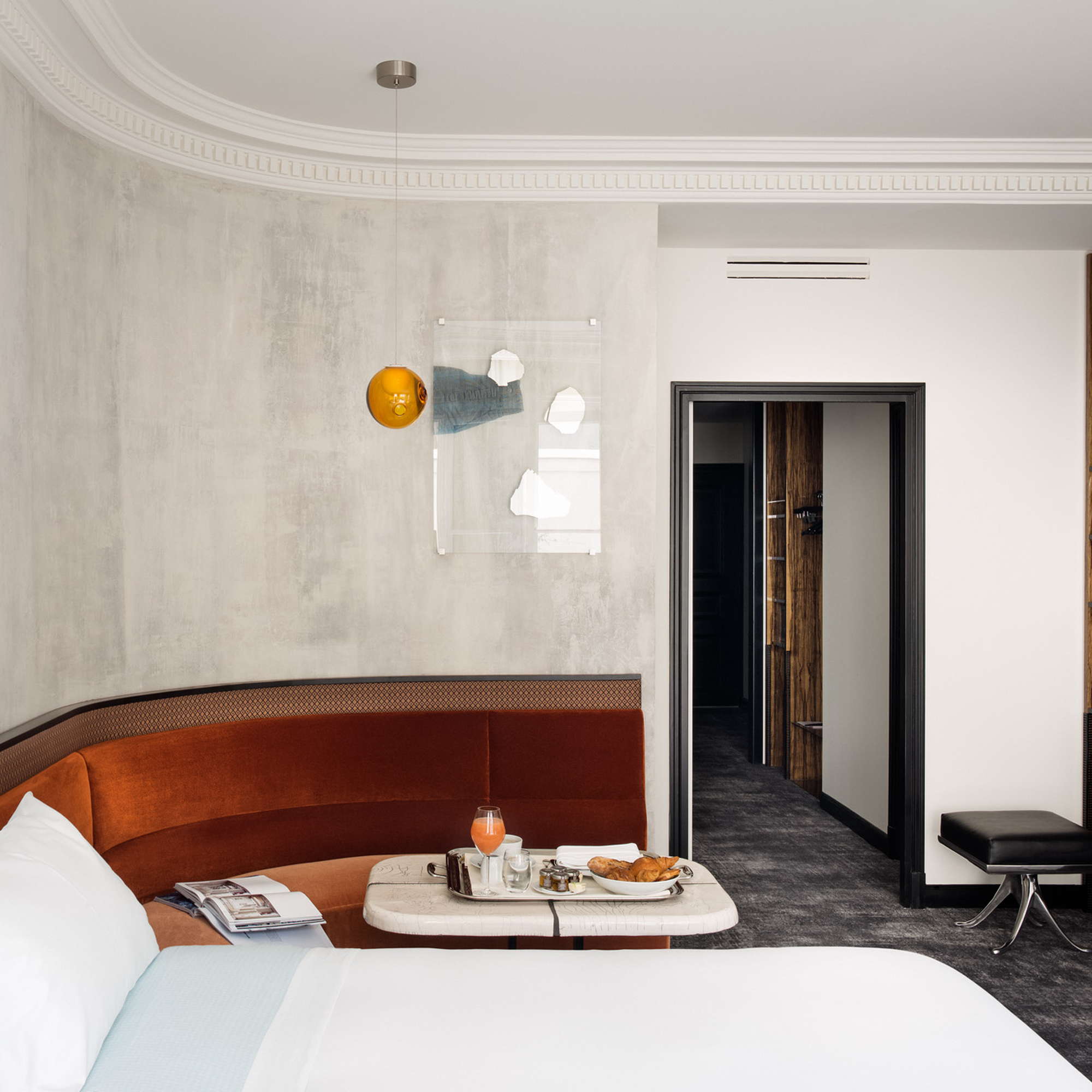 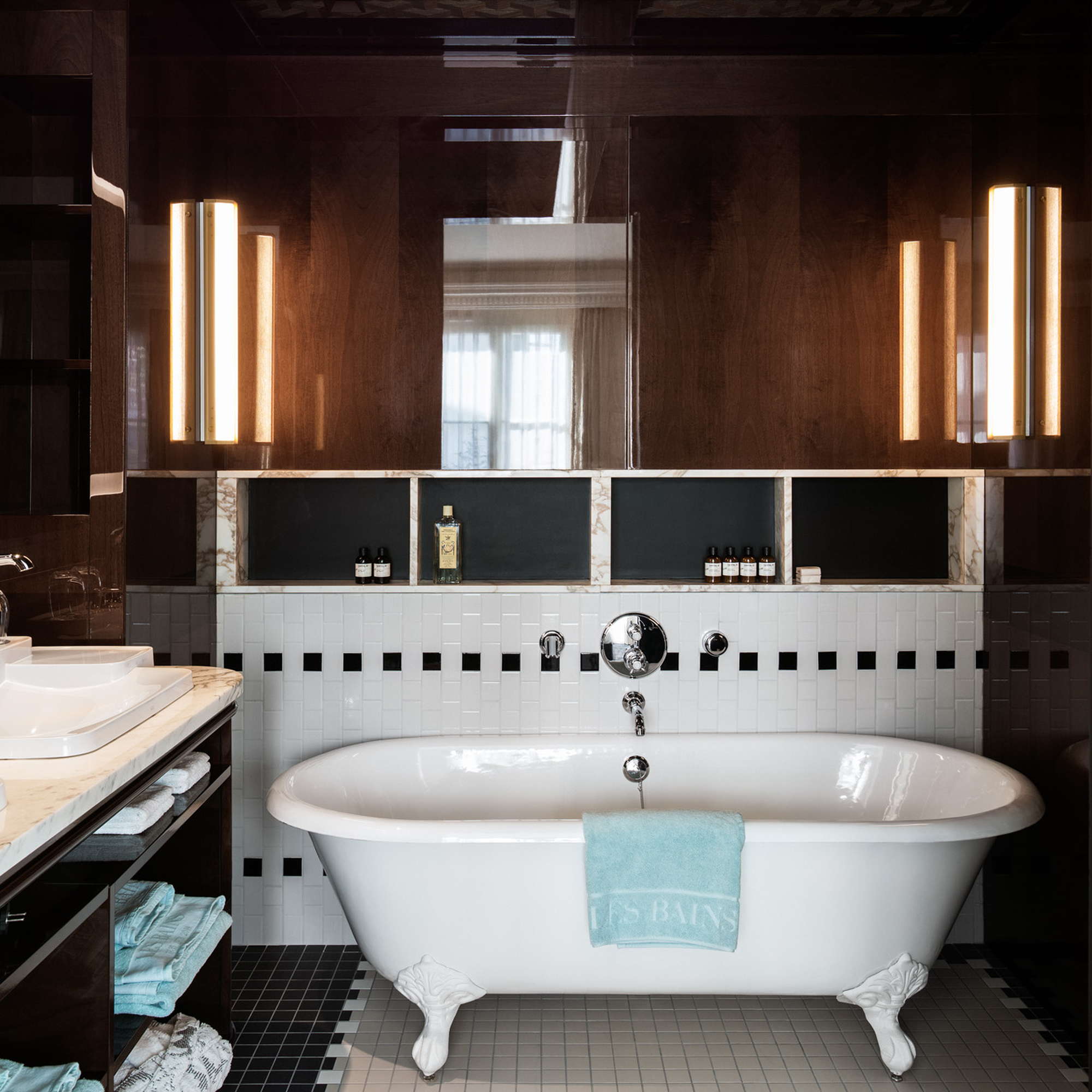 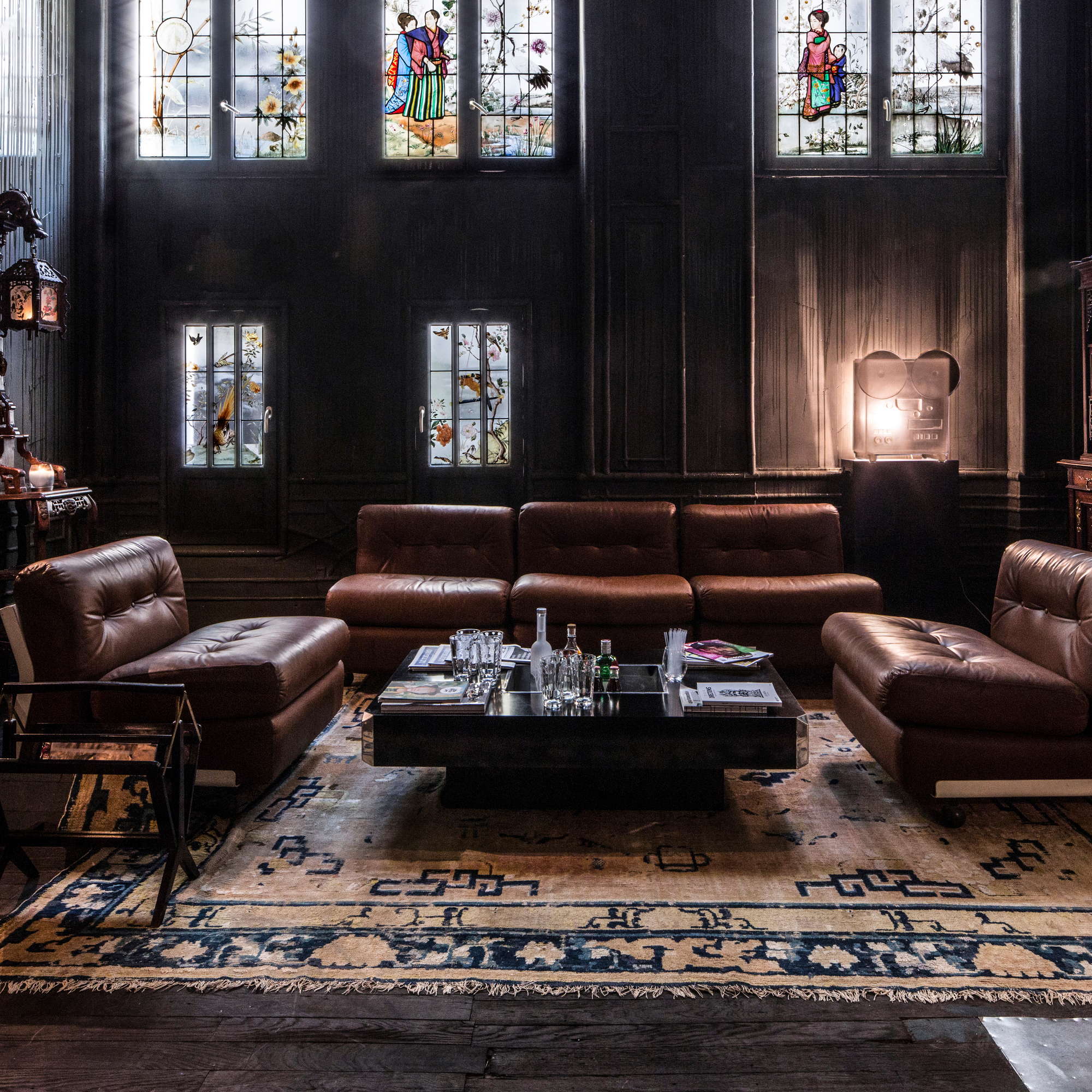 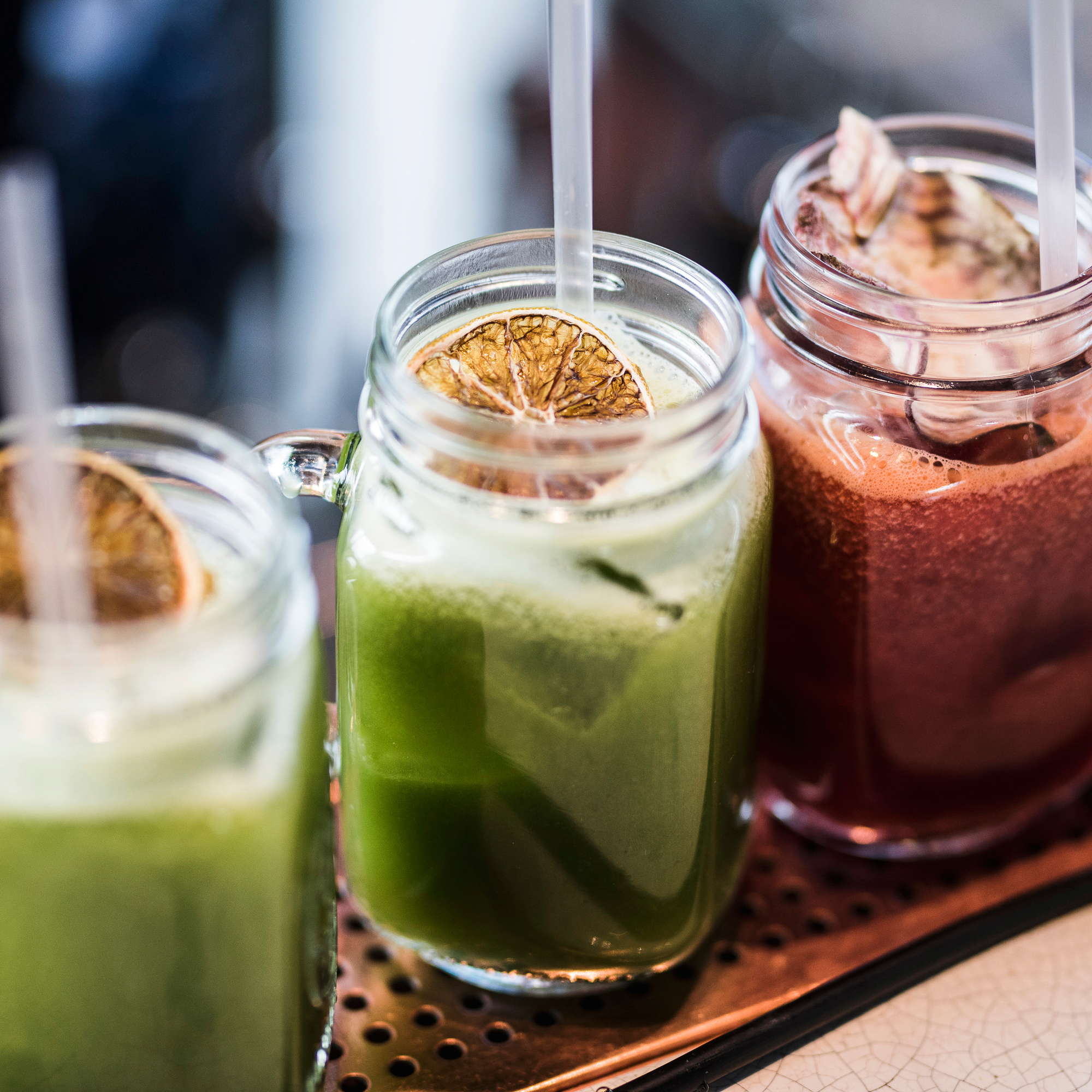 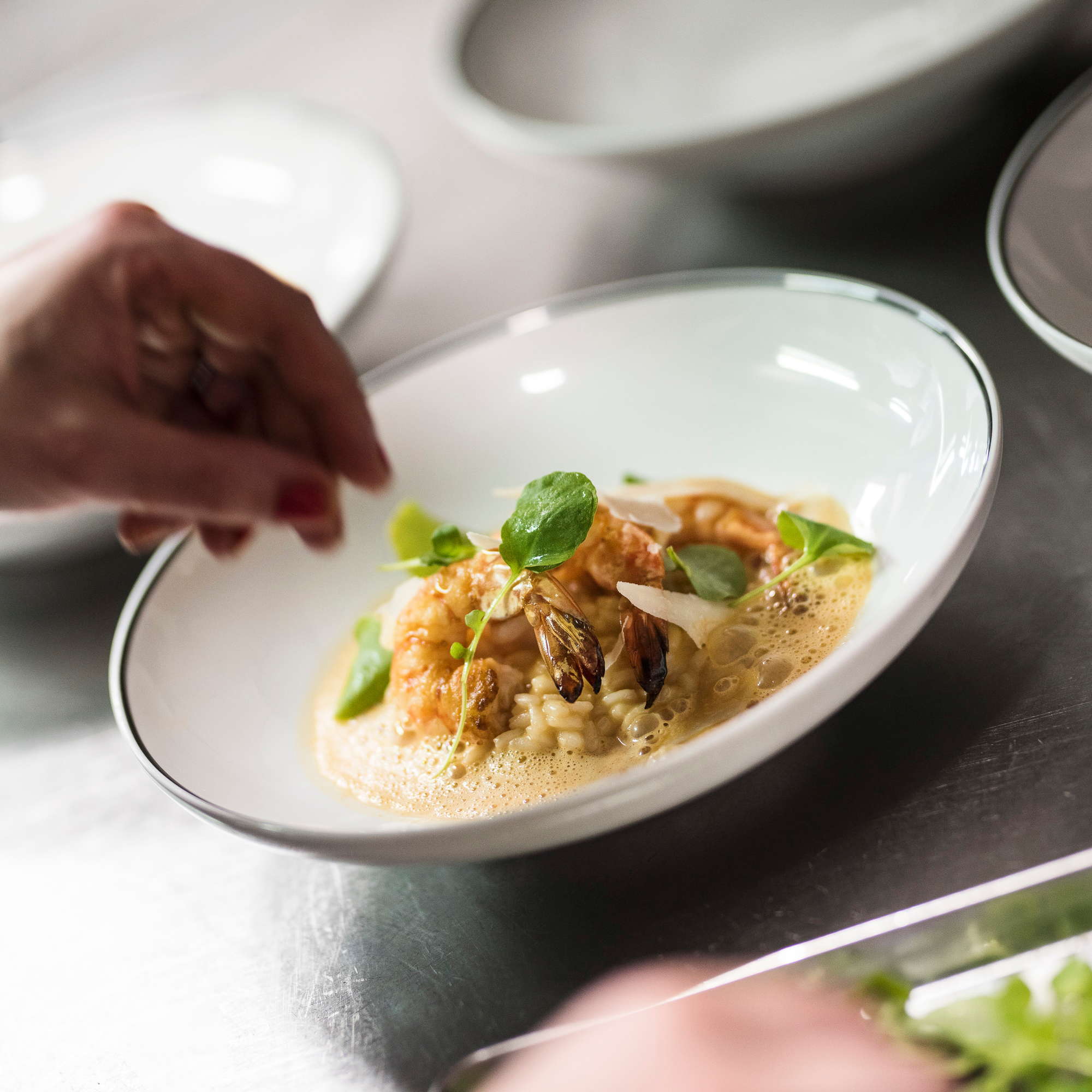