Why Paris’s Dining Scene Is Better Than Ever 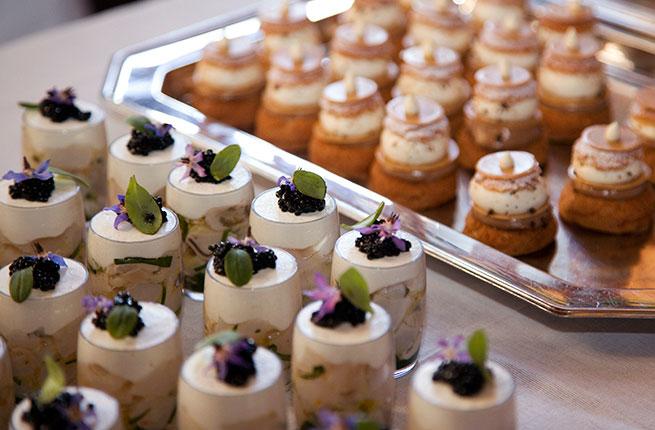 On January 14, 2016, Paris mayor Anne Hidalgo awarded the city's 84 Michelin-starred chefs a medal of honor on behalf of the City of Paris in a lively ceremony at City Hall. It was a prelude to Michelin's February 12 announcement of the 2016 winners.

Nattily dressed in a sleek black suit and heels, the diminutive Hidalgo stood in contrast to the phalanx of white-clad chefs behind her.

“Gastronomy is Paris!” exclaimed the mayor. “It is the heart of our art de vivre envied the world over.”

Hidalgo's message, and the award itself—the first of its kind—was a rallying cry for a gastronomy in the process of redefining itself, and a city buffeted on many fronts.

Frustrated by a spate of recent criticism proclaiming the demise of French cuisine and the rising influence of awards lists—namely The World’s 50 Best Restaurants—that often snub the city's hallowed chefs, Paris has suffered an uncharacteristic bout of insecurity.

But the city is not taking it lying down. In a self-laudatory mood, the city's top names in gastronomy shook hands, patted backs, and served gourmet canapés, along with rivers of Champagne, to a crowd of hungry guests and journalists in City Hall's elaborately gilded and frescoed reception rooms.

In a press conference before the event, elder gastronomic statesman Alain Ducasse defended French cooking and tradition, extolling its venerable roots and reminding us of that ineffable French talent to “seduce and keep on seducing.”

Ducasse's reminder that when it comes to food there are no roots deeper or more influential than those in France, and his insistence that the country’s culinary tradition has weathered all kinds of trends, taking what it needs while remaining true to its principles, is not simple grandstanding.

“Food in Paris evolves as Paris evolves,” he said.  “Young chefs are embracing the new principles, inspired by French cuisine. They are bringing influences from all over the world to create the future of French gastronomy.”

Although the focus often rests on Ducasse's business acumen rather than his cooking—he owns 25 restaurants worldwide and has garnered a total of 20 Michelin stars, the most of any chef, ever—he remains a potent force in French gastronomy. Ducasse's newest Paris endeavor, a glamorous grain-and-vegetable- (and-caviar-and-truffle-) centric dining room at the Plaza Athénée, just earned its third star within two years of opening.

Nevertheless, the chef's endorsement of the capital's distinguished new generation of native and foreign chefs highlights a recent trend that has injected the capital's dining scene with more than a frisson of excitement and delight.

Bertrand Grébeau, at his laid-back bistro Septime, is a poster child for all that's new and wondrous in Paris dining. Trained by chef Alain Passard at L’Arpège—Paris's first veggie-centric haute cuisine restaurant—Grébeau's inspired, ingredients-focused cooking fuses French technique with fresh ideas and an astonishing instinct for unusual pairings. Coupled with a creative list of small-producer natural wines and remarkably gentle prices, Septime exemplifies the new “bistronomie” movement. This is the kind of place that will help catapult Paris back into the culinary limelight.

Sylvestre Wahid at Sylvestre, inside Hotel Thoumieux; Sven Chartier at Saturne (he’s also a veteran of L’Arpège); Taku Sekine at Dersou; Stéphanie Le Quellec at La Scène; Julia Sedefdjian at Les Fables de la Fontaine are just a few of the chefs who are injecting new vitality into a culinary scene as vast and exciting as any in the world.

Although Parisians have yet to fully recover their bonhomie after a tragic year, the city is dusting itself off and looking toward the future. And if there's any barometer of Parisian resilience, it's in its dining.

Says Mayor Hidalgo, “We unite around great food and wine, an integral part of the Parisian lifestyle: A Paris that is free and festive, that enjoys life and its pleasures and is open to the world.”

We couldn't have said it better.