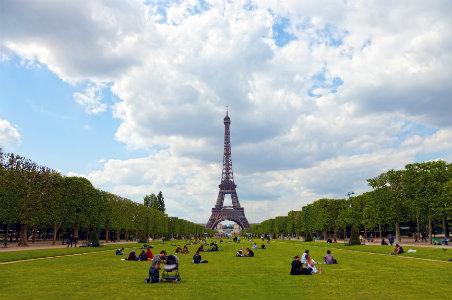 Summertime in Paris has an allure all its own. At le grand départ, around Bastille Day (July 14), Parisians flock en masse to other shores, leaving the city bereft of its usual inhabitants yet still full of life. Time slows to a languid pace and the city's vibrant outdoor life takes front and center—cafés, restaurant terraces, ersatz beaches, concerts, and movies en plein air all converge for an only-in-Paris summer experience. Here's a list of the City of Light's top summer events. 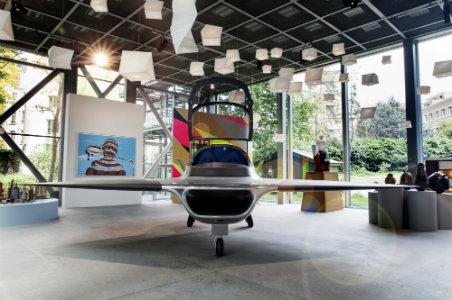 Fondation Cartier celebrates 30 years at the vanguard of contemporary art with the opening of “Vivid Memories” (until September 21), an exhibition of the foundation's enormous diversity and it's unrivaled patronage of “artistic freedom and creative encounters” among established and emerging artists, musicians, designers, photographers, and filmmakers. Evening performances and special workshops for kids are just some of the many events surrounding the exhibition. The series continues through March 2015.

Once Upon a Time the Orient Express 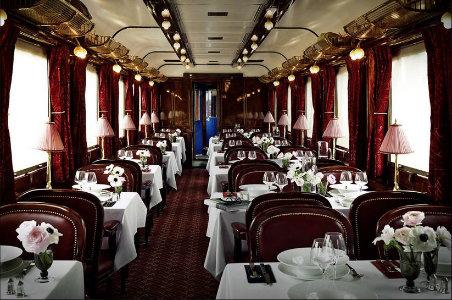 The SNCF (France's national rail operator) and the Institut du Monde Arabe (Arab World Institute) have teamed up to celebrate the 130th anniversary of the Orient Express. Four rail cars and the locomotive from the train that made the maiden voyage from Paris to Constantinople in 1833 will be on display at the Institut du Monde Arabe until August 31. Stepping through the cars' ornate interiors is a romantic walk back in time, complete with flickering lights and recorded conversations, recalling Agatha Christie's Hercule Poirot and James Bond, who “rode” the luxurious train. After the show, dine on gourmet fare prepared by Michelin-starred chef Yannick Alléno in the wood-paneled dining car ($165, two seatings per night, reservations essential). 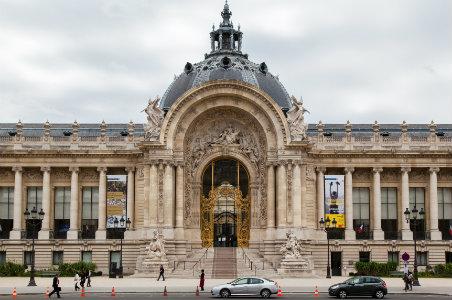 Built in 1900 for the World's Fair, the Beaux-Arts Petit Palais is the perfect setting for this quintessentially Parisian show, bringing together paintings, posters, photos, fashion, films, furniture, and jewelry to re-create the energy, creativity, and delirium of La Belle Époque. Master works of the decorative and fine arts by the likes of Gallé, Guimard, and Lalique, Cézanne, Monet, Renoir, Pissarro, Vuillard, and Toulouse-Lautrec are shown in a glittering new light. In addition, the Palais Galliera, Paris's fashion museum, has furnished lavish examples of clothes by the city's first great couturiers. Concerts, films, and an enticing roster of special events round out the show, which runs through August 17.

It's no surprise that over two million visitors have flocked to the riverside Berges de Seine since its opening in spring 2013. Stretching a mile and a half along the Quai d'Orsay on Paris's left bank, Les Berges offers scores of free activities, including Zumba classes, relay races, dancing, cycling, wall climbing, qi gong, and yoga. You can also hang out at one of several cafés, sunbathe in a deck chair, catch an outdoor movie or concert, or just relax at the river's edge and watch the world go by. This summer, there's an expanded program of Seine-side activities for all ages. Check the daily schedule online or just drop by and explore.

Paris's Parc Floral once again hosts the city's summer Paris Jazz Festival, featuring a roster of popular jazz concerts for the price of admission to the park (€5.50). Sprawl under the pavilion with a picnic lunch or dinner and enjoy concerts beginning at 3:30 pm every Saturday and Sunday between June 7 and July 27. 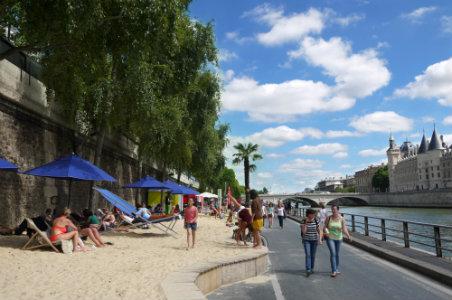 Life's a beach on the banks of the Seine every summer when the city hauls in tons of sand to create Paris Plages, a two-mile stretch of urban beach, complete with deck chairs, beach cabanas, outdoor activities, ice cream, and refreshment areas. For the newest edition, the Bassin de la Villette (19th arrondissement) joins the fun, with a water-sports complex offering rowboats, kayaks, pedal boats, and dinghies alongside boule courts and several outdoor cafés. 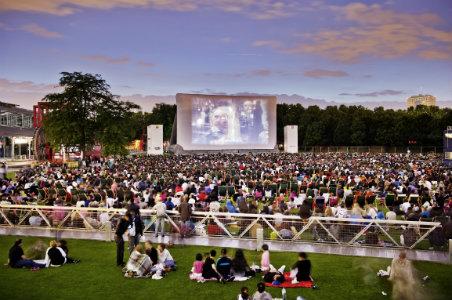 Grab a picnic and head to the city's famous Parc de la Villette, where Parisian movie buffs flock every summer to catch a free movie on the park's 60-foot screen. This year's cinematic theme, adolescence, has assembled several English films, including Moonrise Kingdom, Quadrophenia, American Graffiti, and Hairspray, along with French classics like Pauline at the Beach. The festival begins July 23 and runs until August 24. 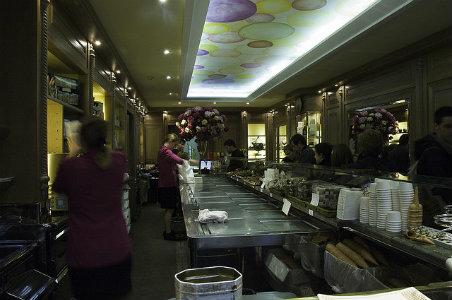 No summer is complete without ice cream, and Paris does not disappoint. Here are three standout ice-cream makers, offering handmade, all-natural goodness.

Paris's most famous glacier, Berthillon, has been making ice creams and sorbets at its Île St-Louis headquarters and tea salon since 1954. You'll be spoiled for choice with over 65 flavors, including fraises des bois (with tiny whole wild strawberries in every bite), luscious hazelnut, creamy prune and Armagnac, and white chocolate, to name a few. The tea salon closes in August, but there are at least a dozen Berthillon vendors on the island.

Family-owned glacier Raimo has passed down their ice-cream-making secrets through four generations. Now with four boutiques throughout Paris, you can stop in for a boule on the go, or spend an hour or two on the charming restaurant/tea salon's outdoor terrace for an ice cream-themed lunch (foie gras with five-spice ice cream, smoked salmon and lemon sorbet). Choose from a tantalizing range of ice-cream based pastries and confections, or keep it simple with a scoop of one of the 47 flavors.

This just-opened concept store at Hotel de Ville is not your everyday souvenir shop—La Boutique specializes in quality gifts and mementos even Parisians want to buy. You'll find the usual line-up of mugs and bags, but in stylish iterations, like Velib' mini espresso cups and spoons, colorful totes, and umbrellas, along with scented candles, Mariage Frères tea, and the mini sailboats children sail around the pool at the Luxembourg Gardens. There's also a selection of Paris-themed books and exhibition catalogues from all the major shows. 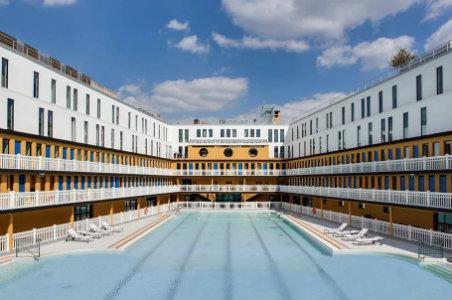 This May, all eyes watched the unveiling of the newly renovated Piscine Molitor. A beloved Paris icon—where the first bikini was introduced, in 1946, and where Olympic gold medalist and future Tarzan star Johnny Weissmuller was a lifeguard—the indoor-outdoor Art Deco pool closed in 1989 and fell into disrepair. Now part of the Molitor Paris Hotel, it's been refurbished with original Art Deco glass. Rooms are bright, streamlined, and modern, and a beautiful rooftop terrace, gourmet restaurant by star chef Yannick Alléno, a Clarins spa, and entrance to the magnificent pool make it a hot draw in Paris this summer.