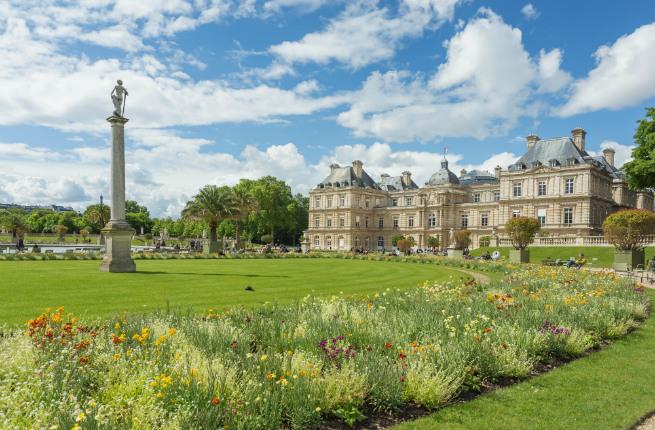 As the songbook says, you'll never know the charm of spring until you've spent April in Paris. We can only agree. In spring, Parisians forget the winter doldrums and get out to dine, meet with friends, and enjoy all the city has to offer. Which, this spring, is a lot! 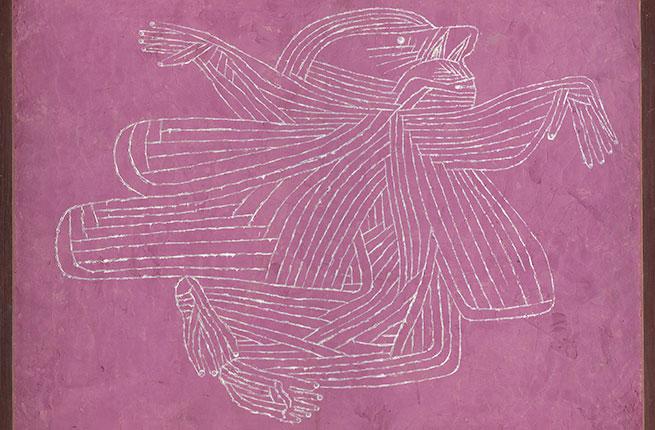 Spring is the perfect time to discover, or rediscover, the Musée Jacquemart-André, presenting L'Atelier en Plein Air (March 18–July 25), 50 masterpieces of outdoor painting, from Turner and Delacroix to Impressionist masters Boudin, Monet, Degas, Gaugin and Morisot. Set in a grand Parisian mansion once owned by passionate travelers and art collectors Edouard André and Nélie Jacquemart, the museum's elegant period rooms feature the couple's stellar art collection as well as a charming tearoom, with hand-painted murals and a spacious garden terrace.

Plan a long weekend to revel in the city's many blockbuster art events, beginning with the Musée d'Orsay's Douanier Rousseau: Archaic Innocence (March 22–July 17). This colorful survey investigates the idea of “archaism” through seminal works by the master of naïve art, as well as those by the artists that most influenced Rousseau and those who were influenced by him, despite his outsider status—Picasso, Kandinsky, Seurat, Delaunay, and many more.

For an excellent companion exhibition, head across the Seine to the Centre Pompidou's spectacular Paul Klee: Irony at Work (April 6–August 1). The first Klee retrospective in France in nearly 50 years, this sweeping exhibition follows the artist's career through seven distinct periods via more than 250 illustrative and graphic works, drawings, paintings, and Klee's highly influential treatises on color theory.

One of Paris's most hotly anticipated shows, Monumenta 2016 (May 8–June 18) is the city's premier sculpture event, held bi-annually at the soaring Grand Palais. This year stars Chinese artist Huang Yong Ping, whose controversial works incorporating religion, history, and politics earned him a reputation as one of China's foremost avant-garde artists (Ping has lived and worked in Paris since the late 80s). The show also includes a series of lectures and performances, and visitors can refuel at the in-house café. Past Monumenta artists have included Richard Serra, Anish Kapoor and Christian Boltanski.

Rock 'n' roll aficionados don't miss the Philharmonie de Paris's exhibition The Velvet Underground: New York Extravaganza (March 30–August 21). Celebrating the 50th anniversary of the band's influential debut album, the exhibition traces a six-part journey, from the beginnings of the band's two founders, Lou Reed and John Cale, through the Factory years and the band's many reinventions. To mark the show, a scintillating series of tribute concerts dedicated to the cult group will be held over two weekends in April and May.

Spring is an excellent time for collectors, with an unprecedented chance to view the work of hundreds of up-and-coming artists represented by 143 galleries from 22 countries. Over the four days of the Paris Art Fair (March 30–April 3) the Grand Palais's iconic Beaux-Arts facade will be spectacularly lit up from 7 pm–midnight with a series of original video projections by six international artists. This year, the festival pays homage to Korea.

The last weekend of April, art collectors flock to the 46th edition of the popular Grand Marché d'Art Contemporain, featuring the best new works by 500 French and international artists at “atelier” prices. 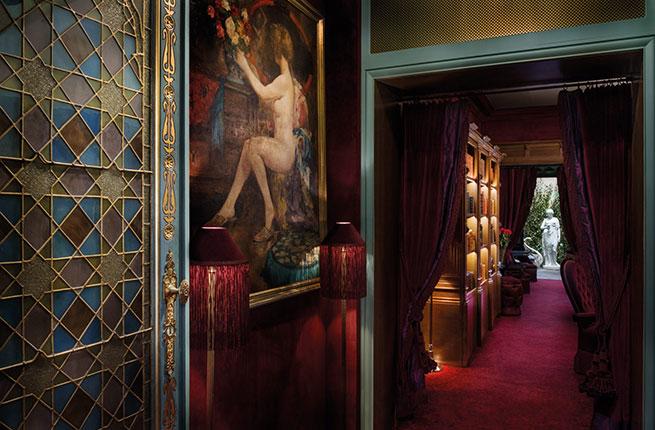 On the opposite end of the design spectrum, Le Cinq Codet, set on a quiet street in Paris's elegant 7th arrondissement, offers a precise, bespoke aesthetic that's every bit as opulent in its own streamlined way. Bright, sunlit rooms—some with Eiffel Tower views—offer custom furnishings, warm wood, parquet floors, natural carpets, and colorful contemporary artworks and photographs. A chic restaurant, with a spacious tree-lined terrace, and cocktail bar and a small state-of-the-art spa wrap up your upscale oh-so-Parisian experience. 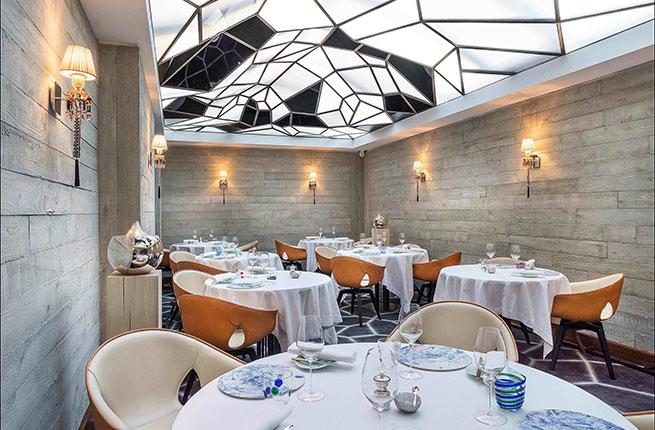 A scintillating new opening from three-star chef Jean-François Piège, Le Grand Restaurant is by many accounts the iconic Paris chef's magnum opus. In an atmosphere of contemporary luxe, with a stunning marble-honed open kitchen, faceted glass ceilings, warm stone walls, and elegant sconces, Piège creates a menu of exquisite refinement: potato soufflé with a shellfish emulsion and black truffle; Noirmouitier cod with a sauce or salted butter, mandarin and wild sorrel. With only 30 seats and rave reviews, be sure to reserve early. 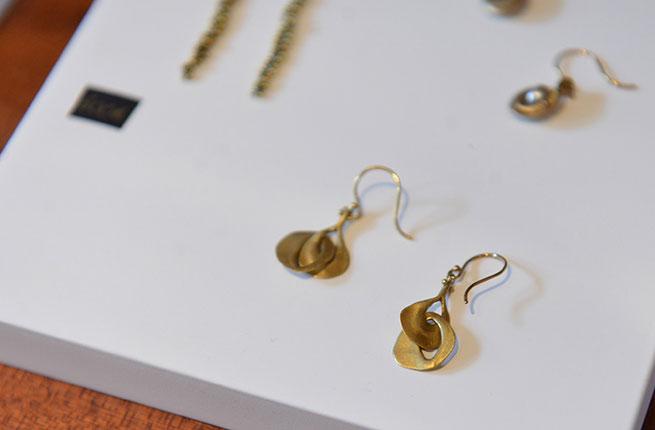 Pioneered in 2008 by the concept store Merci, the Avenue Beaumarchais, at the edge of the upper Marais, is Paris's latest chic-shopping epicenter. Along with gleaming new outposts of some of the city's most stylish labels—A.P.C., Maison Kitsuné, Acne—these two stellar boutiques are not to be missed. WhiteBird's second outpost (their flagship on Rue du Mont Thabor, in the first arrondissement, opened in 2012) assembles an outstanding collection of A-list French and international jewelry designers. The new Marais outpost reflects the neighborhood's luxe-bobo-chic aesthetic in elegantly minimal designs for everyday—from delicate pavé diamonds to sophisticated knock-out pieces. 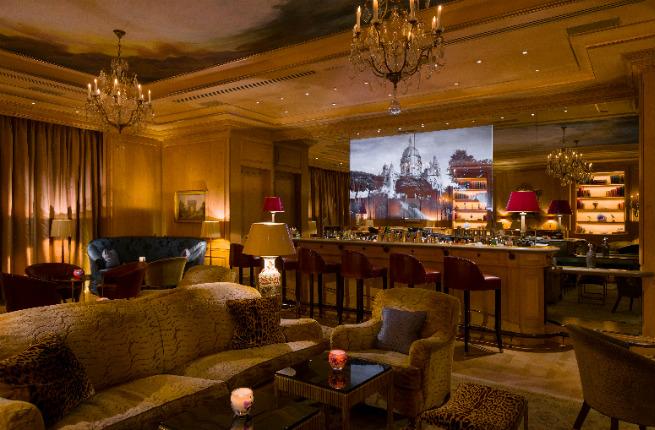 Le Bar du Bristol, Paris's chicest cocktail bar, features ambrosial concoctions by Maxime Hoerth, the city's only Best Craftsman of France in the barman category. Try Hoerth's famous Old Fashioned, or, better yet, come on Speakeasy night (March 24) in 20s dress and receive a free cocktail, or Parisiennes night (April 14), when ladies who order a flute of Dom Perignon receive their second on the house.