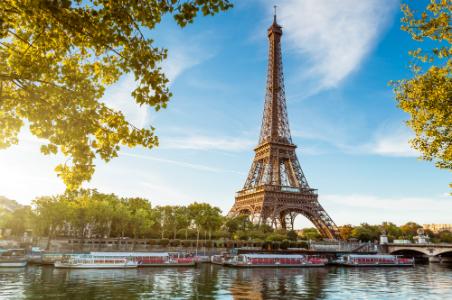 There's more than love in the air this spring in Paris, as the city's top museums and cultural spaces unveil a scintillating roster of new events and exhibitions. Plus, the best of the new boutiques, restaurants, and an exclusive new hotel.

This charming, new under-the-radar boutique near the Luxembourg gardens offers some of Paris's most beautiful handbags, all handcrafted in France. Structured designs recall the great classics with an edgy contemporary refinement, crafted in softest fine-grained calf with crocodile and python accents. Opened mid-February, Verbreuil is one of Paris's best-kept secrets…but not for long.

The newest arrival on the Paris architectural scene, Jean Nouvel's triumphant Philharmonie de Paris has garnered rave reviews for its sinuous concert hall's superb acoustics and trailblazing design. The complex—as yet unfinished—part of the Cité de la Musique, at the edge of the sprawling Parc de la Villette, sponsors everything from concerts, recitals, and other performances to music ateliers for kids, and will soon include a restaurant, café, and shops.

If you missed the show in London, now's your chance to catch one of the year's standout blockbusters for an unparalleled look at the evolution of an icon. David Bowie Is illustrates the rock idol's many personas via photos, costumes, videos, stage props, instruments, and much more, many from the Bowie's own collection, on display for the first time.

Seventeenth-century Spain's reigning artist—rivaled only by such masters as Leonardo da Vinci, Titian, Rembrandt, and Michelangelo—Velázquez first made his mark at the height of Spain's power as court painter to King Philip IV. The greatest painter of Spain's Golden Age, the power and majesty of Velázquez's work is fully on display at this glorious show at Paris's Grand Palais.

Often eclipsed by her more flamboyant contemporaries, Chanel and Schiaparelli, Jeanne Lanvin preceded both as the first woman to found and build a major fashion house. Beginning as a designer of children's fashions, inspired by her beloved daughter, Marguerite, Lanvin's supremely elegant creations were soon sought after by Paris's fashion elite. The Galliera's exhibit—created in tandem with Lanvin Artistic Director Albur Elbaz—follows the rise of this discrete and brilliant designer through over 100 models on display.

Invoking a dream world of sensuous figures in luminous color, post-impressionist Pierre Bonnard's influence radiates through 20th century painting. The Musée d'Orsay has gathered some of the artist's most iconic works for this groundbreaking survey. 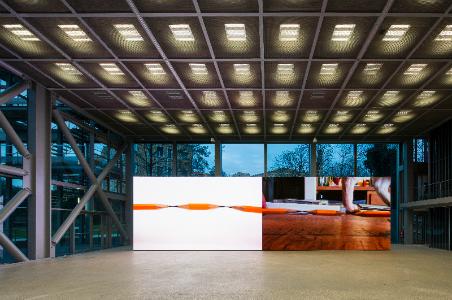 Paris's superb Les Arts Décoratifs (museum of the decorative arts) has assembled more than 1,000 works by the inimitable Fornasetti, whose classically inspired “lunar faces” sparked an industry. The painter, decorator, printer, and publisher's unforgettable motifs have graced everything from umbrellas to ocean liners with characteristic wit, imagination, and charm.

The legendary designer—famous for Madonna's conical bra and so much more—famously crossed haute couture with street style, creating a high-low aesthetic that forever changed the face of fashion. The show is a delirious romp through Jean Paul Gaultier's many fashion adventures, via a rotating catwalk and talking heads projected onto couture-clad mannequins.

CALLING ALL KIDS, BIG AND SMALL 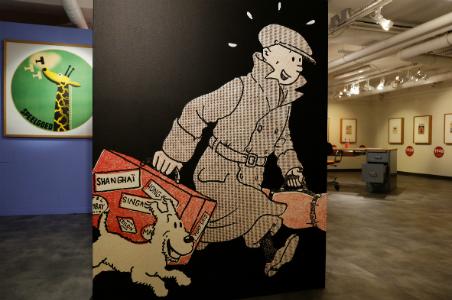 The cherished creation of Belgian cartoonist Georges Prosper Remi, aka Hergé, Tintin is beloved by children the world over. The charming Musée en Herbe mounts an ode to the indomitable boy and his dog, Milou (Snowy in English), follows the intrepid character on his many adventures through the author's original story boards in full living color, plus the desk where he wrote the Tintin stories, and relics Tintin might have worn. Tours, some in English, and ateliers round out the fun.

Take some time to sit back and relax in an unparalleled setting amid Paris's famous bridges and landmarks at the new Berges de Seine along the banks of the Seine, beginning in front of the Musée d'Orsay. Classes in yoga, tai chi, qi gong, pilates, and much more are offered every day for free.

Housed in a splendid 19th-century mansion, the elegant new La Réserve hotel—near the Champs Elysées and the Golden Triangle with stunning views of the Eiffel Tower—vies for “most stylish address in Paris.” Each of the 40 rooms and suites, done up in an extravagant mix of period antiques and deluxe contemporary design, is a sumptuous feast for the eye, and ten private apartments offer the height of luxurious living. The beautiful Le Gabriel restaurant offers fine dining and a full-service spa and pool cater to your total well-being—what's not to love?

WHERE TO EAT AND DRINK 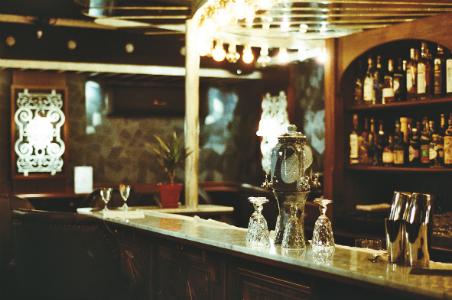 The name, borrowed from a disreputable New Orleans Madame, is your first clue that this swank, neo-Belle Époque bar is up to something—and that something would be absinthe. Specializing in cocktails made with the viscous green liqueur,Lulu White's louche speakeasy style fits right into the one-time red-light district of Pigalle. Cocktail aficionados swear by the slushy machine, dispensing an irresistible mix of absinthe, bourbon, and strawberry cordial.

Since it's opening in December, Chef Jean-Francois Piège's newest eatery outside his 7th arrondissement empire (Thoumieux and Restaurant Jean-François Piège) is one of the hottest tickets in town. Set in Paris's Saint-Germain-des-Prés neighborhood, the 20-seat Clover is a showcase for the two-star chef's take on healthy cuisine, featuring farm-to-table ingredients as fresh and guilt-free as gastronomic cuisine gets.

This casual gastro-café's laid-back atmosphere, all-day hours, classic French menu with a healthy twist, and excellent wine list have earned it an immediate following among Paris foodie hipsters. Martin's three-course, €16 lunch menu is a big draw and late-night tapas (it's open till 2 am, a rarity in Paris) attracts the night owls to this edge-of-the Marais neighborhood.