An early spring is in the air as Paris wraps up a dark, rainy winter. Streetside cafés are teaming with sun-starved city-dwellers, flowers are blooming, and romance is everywhere as the city's most exhilarating season kicks off with a dynamic schedule of must-see museum shows, concerts, and outdoor antiques markets, making Paris a must-see destination this spring. 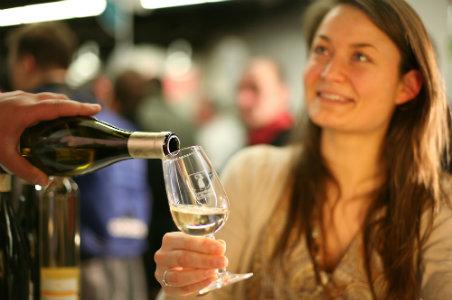 For four days, the wine flows freely as top independent winemakers from every region of France gather at the Salon des Vignerons Independents (Independent Winemakers Salon). A minimal entry fee (6€) buys a wine glass and unlimited access to 540 winemakers, who'll be popping corks, expounding upon and selling their wines (at estate prices) from 10 am to 8 pm (Sunday, 10 am to 6 pm). Espace Champerret, 17e, metro: Porte de Champerret. From March 29–31.

Flea-market junkies and antiques aficionados alike descend on Place de la Bastille each May for the Salon Antiquités-Brocante, Paris's largest and most celebrated antiques event, where 550 dealers offering everything from vintage Chanel to French collectible café cups line the quay at Place de la Bastille. Seeking a Louis XVI canopé, heirloom silver, or a mid-century modern clock? It's all here, plus on-site snacks, coffee, and libations. From May 8–18. 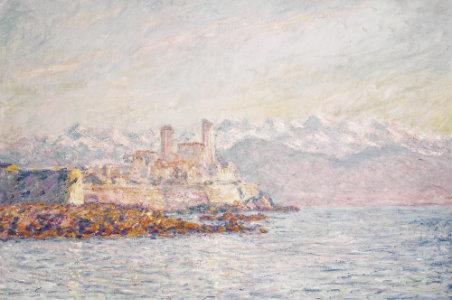 The Musée Marmottan Monet celebrates its 80th anniversary with Les Impressionnistes en privé an unprecedented exhibition of 80 paintings and 20 graphic works never before seen in public. Among the Impressionist works on display, from private collections the world over, are major masterpieces by Monet, Cézanne, Degas, Pissaro, and Renoir. Through July 6.

Bill Viola at the Grand Palais

The world's premier video artist, Bill Viola, brings his lavishly spectacular “moving paintings” and monumental installations to life at the Grand Palais, as the artist explores metaphysical themes of life, death, and transfiguration. Through July 21.

Photography takes center stage in Paris this spring with two must-see shows: Centre Pompidou's sweeping exhibit of father of photojournalism Henri Cartier-Bresson's lifetime achievements, with more than 350 photos exploring the breadth and diversity of the great artist's oeuvre. Through June 9.

Robert Mapplethorpe at the Grand Palais

The Grand Palais presents more than 200 of Robert Mapplethorpe's iconic black-and-white still lifes, portraits, and nudes spanning the photographer's entire career from the early 70s until his death in 1989. Through July 13.

The Musée d'Orsay takes a provocative look at Vincent Van Gogh's suicide in Van Gogh/Artaud. Le Suicide de la Societé, as portrayed by French surrealist poet Antonin Artaud, who challenged the notion of the artist's imbalance as the cause of his suicide, asserting that he was driven to the act by those who found his “truths” intolerable. Through July 6.

The majesty of the incomparable 12th-century Basilique de Saint-Denis is brought resoundingly to life during the Festival Saint-Denis through the music of the world's great composers—Mahler, Mozart, Dvorák, Tachaïkovsky, Bach, and more. Selections will be perfromed by world-class musicians in the famous Gothic burial place of the French kings. From May 27 to June 27.

Paris swings to the beats of the 14th Annual Saint-Germain-des-Prés Jazz Festival, as some of the top names in jazz—Eliane Elias, the Erik Truffaz Quartet, Esprit Jazz Big Band—perform in iconic venues. Don't miss new female jazz talent and gospel music by Duke Ellington performed in the ancient Church of Saint-Germain. From May 15-25.

Terroir Parisien at the Palais Brongniart

Three-Michelin-star chef Yannick Alléno brings Paris to your plate, literally, in his newest iteration of Terroir Parisien at the Palais Brongniart (Paris stock exchange), drawing rave reviews for an exceptional (and well-priced) menu made with products sourced exclusively from the Île-de-France.

Paris's newest and chicest seafood shack, Clamato, excels in impeccable small dishes and copious platters of succulent shrimp, sea urchins, and oysters served alongside crispy sourdough and slabs of creamy butter, all to be savored with a well-chosen list of natural wines by the glass. 80 Rue de Charonne, Paris, 01-43-72-74-53. 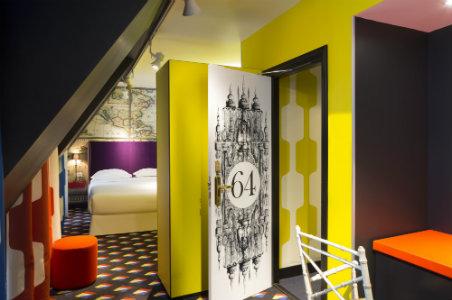 Tucked away on a tiny street in the heart of Paris, just steps from the Louvre, Concord, and some of city's best shopping, the dazzling new Hôtel du Continent takes you on a colorful voyage around the world. Each of designer Christian Lacroix's 25 opulent rooms (in sizes XS, XM, and XL) is unique, with the best in French fabrics, wall coverings, furniture, and linens. Friendly service and superb breakfasts are the cherry on this delicious cake.

A hôtel litteraire, the new four-star Le Swann Hôtel, near Saint-Lazare train station, Printemps and Galeries Lafayette department stores, pays homage to all things Proust. From the lobby's Belle Époque displays to the 500-volume, all-Proust library, this elegantly modern—and well-priced—hotel immerses visitors in the themes of the great author's life in the heart of his Paris stomping ground. Each of 81 bright, modern rooms contains a quote etched in glass and you'll find, bien sûr, a fresh Madeleine awaiting you. 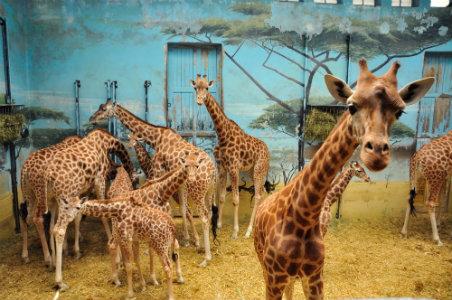 After a nine-year total renovation, the 36-acre conservation-minded Parc Zoologique de Paris in the Bois de Vincennes opens this April. Divided into six “biozones”—Patagonia, Sahel-Sudan, Europe, Madagascar, and Amazon-Guyana—the zoo permits native species (many endangered) to freely roam each meticulously recreated landscape. Visitors of all ages are immersed in a fascinating atmosphere of discovery, with a rare, up-close view of lions, pumas, giraffes, zebras, and dozens of other species all in their “natural” habitats.