The arts steal the limelight this autumn in Paris, with the long-awaited openings of three important cultural centers and scores of spectacular world-class art events and exhibitions. Plus, the best of the new boutiques and grand luxury hotels—a delicious enticement to get to Paris in the coming months! 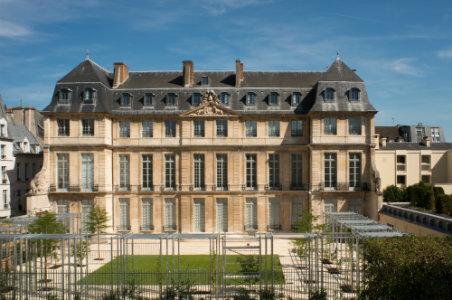 Fall's most hotly anticipated arts event, the Musée Picasso will reopen its doors on October 5, after five years and two delays. The 54-million-euro restoration, renovation, and expansion includes additional space for lectures, ateliers for children, an auditorium, a bookstore, indoor-outdoor café, and an underground parking area, along with a spruce-up for beautiful 17th-century mansion's exhibition spaces.

Film buffs are flocking to the newly opened Fondation Jérôme Seydoux-Pathé, which houses the archives of French cinema giant Pathé. The permanent display includes movie posters, film stills, vintage equipment from the dawn of cinema, and a 70-seat screening room featuring the gems of the silent era. The foundation's two historic 19th-century buildings—including Paris's oldest cinema and a facade with sculptures by Rodin—include a brilliant transparent redesign by architect Renzo Piano.

Exhibitors from 26 countries assemble from October 23-26 under the soaring glass ceilings of the historic Grand Palais for the 41st edition of Paris's international contemporary arts fair. This year, FIAC introduces its first (OFF)ICIELLE, a new satellite fair presenting a 60 additional exhibitors at the Seine-side Cité de la Mode et du Design, along with its “Hors les Murs” program of works displayed at notable sites throughout the city: the Jardin des Plantes, Place Vendôme, the Tuilerie gardens, and many more.

You may not know the name, but this master artist and printmaker's iconic waves and Thirty-Six Views of Mount Fuji are immediately recognized the world over. This unprecedented exhibit assembles over 500 rarely seen works by Hokusai, opening a window onto the finesse, mastery, and exquisite subtlety of his drawings, watercolors, and prints over his 70-year career. October 1-January 18, 2015

This groundbreaking show at the Centre Pompidou shifts the focus from the hugely influential artist's iconic readymades to his pictorial works, illuminating Duchamp's ambivalent relationship with painting. The show will unite rarely seen works on canvas, dating from 1910-1923, along with well-known masterpieces, including the famous Nude Descending a Staircase, on unprecedented loan from the Philadelphia Museum of Art. September 24, 2014-January 5, 2015 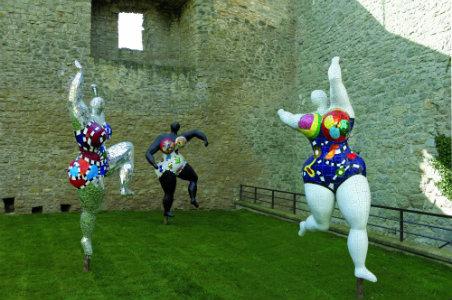 The fearless, self-taught artist who rocked the Paris and New York art scene with her experimental “shooting paintings” is shown at the Grand Palais in all her multiplicity at her first retrospective in 20 years. This exhibition reveals former aristocrat/model Nikki de Saint Phalle as a painter, performance artist, filmmaker, and sculptor, best known for her kinetic sculptures and her colorful, exuberantly buxom “Nanas.” September 17, 2014-Februrary 2, 2015

“50 nuances d'erotisme” is the theme for this fall's 89th annual Foire de Chatou (September 26-October 5)—affectionately known as “antiques and ham”—France's largest antiques and collectibles extravaganza, just 10 minutes from the city center on the Paris RER (Rueil-Malmaison stop). Sectioned off into streets, the flea market's central rue Voltaire is a cornucopia of French artisanal charcuterie, cured ham, and other regional delights, all of which can be washed down with a glass of wine or Champagne. 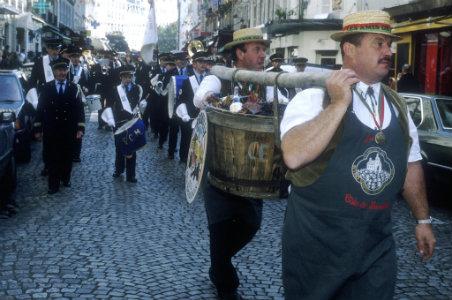 The annual grape harvest at the vineyards of Montmartre—the last wine-producing vineyard in Paris—is always a great excuse for a party. This lively neighborhood event for the whole family is an immersion in French frivolity, with food, fireworks, street music, and dancing, and, bien sur, the local cuvée! October 8-12. 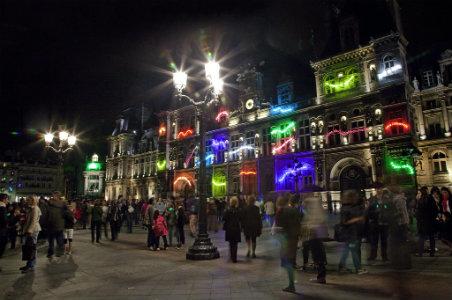 The 13th edition of Paris's “white nights” kicks off in the fall with an exciting dusk-to-dawn roster of arts events all around town. Each year, a new set of directors organizes scores of installations and happenings to highlight creative ways for people to interact with their surroundings, from music to light shows, sculpture, and performance art. This year, 104 Centquatre is one of the event's epicenters, with an international group of resident artists focusing on music, dancing, fun events for kids, and a range of nocturnal activities for the whole family. October 4, 7 p.m.-7 a.m. 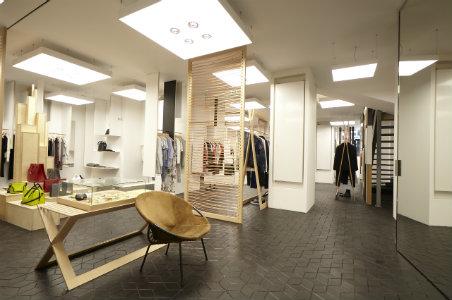 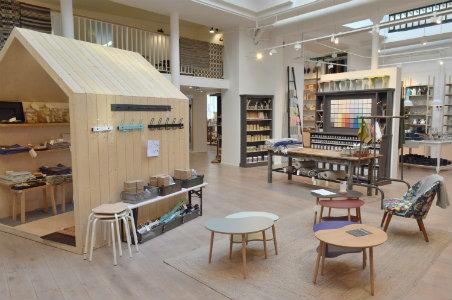 Housed in a historic treasury building near République, in Paris's wildly popular Canal Saint-Martin neighborhood, La Trésorerie is Paris's spiffiest new interiors Mecca, with 3,200 square feet of scintillating house wares, small furnishings, cookware, dishes, linens, lighting, eco paints, items for the bath, and much more. Everything is sourced from the top French and European heritage companies and artisans and keeps a sustainable profile. Best of all, everything here is useful—and beautiful.

After undergoing an extensive 10-month renovation, including the addition of three adjacent buildings, this cherished grande dame has reopened with six additional rooms, eight suites, and a new sparkle in her eye. A favorite of the fashion set, the beautiful, flower-bedecked hotel's facelift includes a spruced up Le Bar and a new cocktails menu by barman Thierry Hernandez. Alain Ducasse's gastronomic restaurant will reopen in September with a whole new look and the promise of being one of Paris's best and most elegant dining rooms. 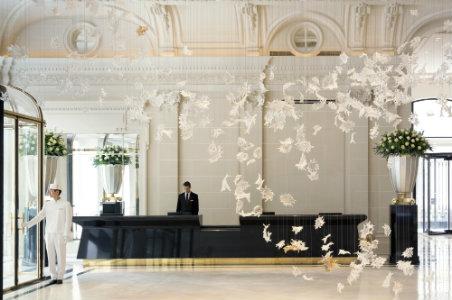 The Peninsula Group's first Paris hotel opened on August 1, after a four-year, 750-million-euro restoration of the landmark building that one housed Paris's famous Majestic Hotel. The beautiful neoclassical building retains its elegant lines inside and out with refurbished murals, gilded plasterwork, and gleaming marble floors. The 200 stylish guestrooms maintain the Art Deco lines, with all the luxury amenities. A Cantonese restaurant and the gastronomic Oiseau Bleu are just a few of the hotel's gourmet dining options, along with a roof terrace, cocktail bar, and cigar lounge for elegant evenings out.