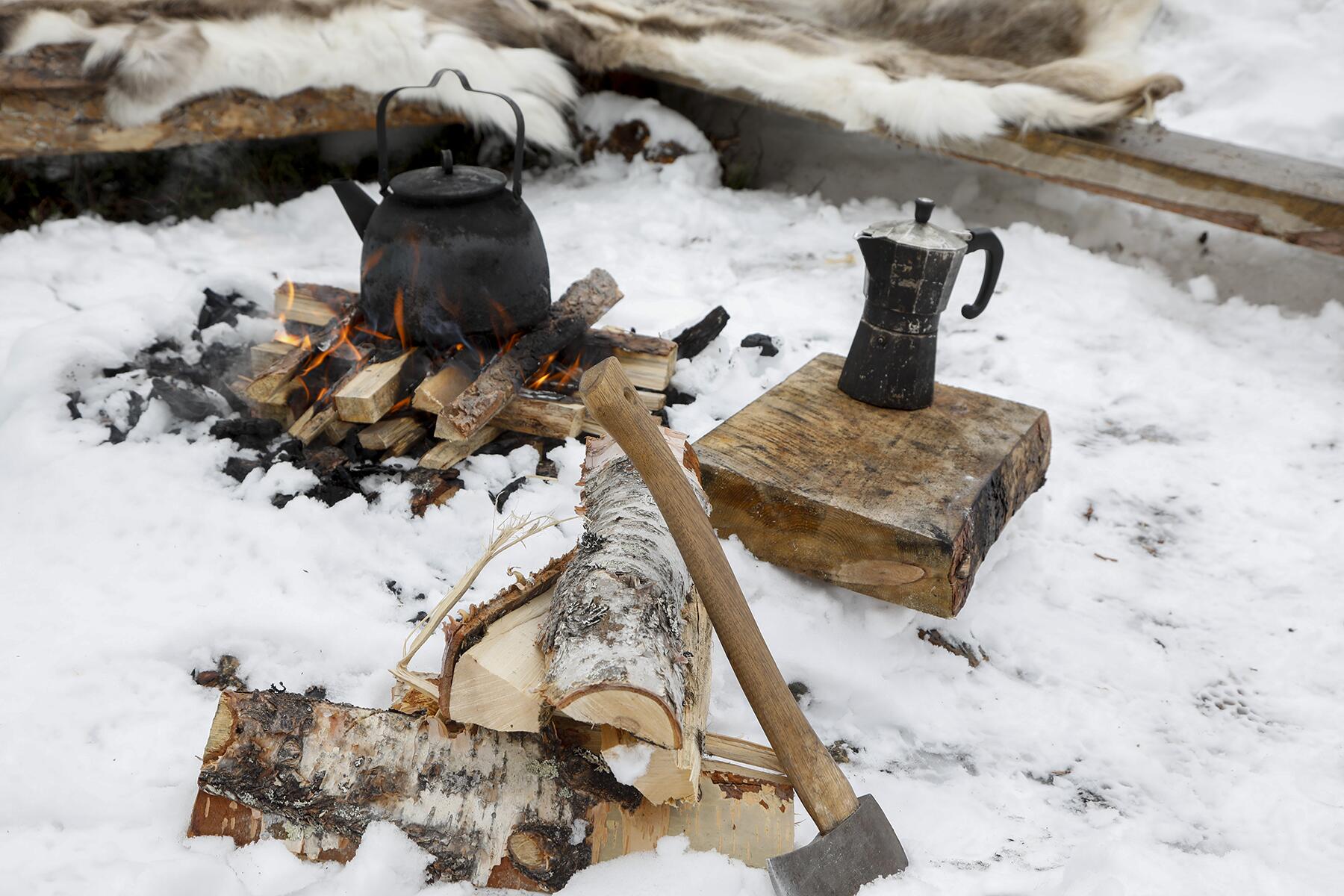 According to a few of the city's most respected chefs, restaurant critics, and food lovers.

Did you know that Paris has more than 44,000 restaurants? From cheap and cheerful street food like the French Taco to high-end cuisine served in one of the many Michelin-starred restaurants in the city, Paris is a destination for self-professed food lovers.

But if choosing from 44,000 restaurants feels overwhelming—you are not alone. To help you digest (no pun intended) the Paris dining scene, I have gathered some of my closest friends, food experts, and fellow eaters who know everything about Paris when it comes to the City of Light. From modern bistros to high-flying restaurants by the chefs we all see on the television, this is your absolute guide to Paris by the people who have tested, tried, and eaten their hearts out in the French capital. Here are some tips from some of the city’s most respected, reputable, and, dare I say it, real-deal Parsian foodies on where to eat and where to go when your stomach starts growling.

Related: The Best Things to Do in Paris

“I like this restaurant because I feel like I’m taking a trip to Italy,” explains Alessandra Pierini, the Owner of Gourmet Fine Food Store in Paris. “The decor is very welcoming, and the cuisine is authentic and very tasty, always prepared with fresh seasonal produce. I have a preference for pasta, ravioli, risotto, and fish-based antipasti. I also recommend The Good George: a real Parisian bistro, with old-fashioned decor, wooden tables, and a blackboard menu. It offers classic and generous seasonal cuisine, with an exceptional choice of wines from the best estates in all the wine regions of France. One of my favorite dishes, the raw beef carpaccio, is a must as well as their pâté en croûte.”

“Cafe Les Deux Gares is a link drawn between the Gare de l’Est and Gare du Nord,” explains Chef Bruno Verjus, a self-taught chef and owner of the two-Michelin starred restaurant, Table Verjus. “Jonathan Schweitzer of Cafe Les Deux Gares is a young chef and offers intelligent cuisine that respects products. For very affordable and low prices, you see the grace of fine-dining cuisine by a talented young chef. The wine list is all natural and very original, too.”

“At Tempilenti, chefs Francesco Feniello and Sylvia Giorgione are from Sardinia in Italy, and their food ‘moves me’ with its exquisite accuracy, and balance of flavors, yet at the same time is a little rustic,” says Chef Bruno Verjus. “It is unbeaten sunshine in my opinion. The products of the sea remind me of days spent on the salty land of Sardinia and instantly take me to my holidays there.”

“Thanks to the same Israeli team that launched the hugely popular Shabour and Balagan, Paris finally has a really great vegetarian restaurant where you won’t need a winning lottery ticket to afford a meal,” says Alexander Lobrano, the author of Hungry for Paris, Hungry for France, and My Place at the Table: A Recipe for a Delicious Life in Paris (Harvest, June 2021). “Led by Cécile Levy and Dan Yosha, the busy open kitchen privileges cooking over charcoal and embers, and it puts on a great show while producing dishes like grilled zucchini with cinnamon labneh and flambéed eggplant. Don’t miss the vegetarian chicken liver, which is made with a mixture of mushrooms and served with a soft-boiled egg, dates, and pine nuts.”

“This very charming bistrot a vins in the upper Marais is dominated by a big copper-topped bar, suspended factory lamps, and a vintage cracked-tile floor, which gives it bags of timeless Parisian atmosphere. It’s been a huge hit from the day it opened due to the delightful welcome and service of owner Sarah Michielsen and the superb contemporary French cooking of chef Julien Chevalier,” says Lobrano.

“The chalkboard menu prices simplicity and seasonality, including starters like steamed clams with herbs or quinoa falafels with spices and tzatziki and mains like grilled pork belly with mustard, creamy polenta and garnished of capers and whole garlic cloves or some of the best veal sweetbreads in Paris with potato puree. Don’t miss the lemon cream crumble if it’s on offer, and chat-up sommelier Bastien Fidelin to find something off-beat from his intriguingly original and very fairly priced wine list, too. Reserve as far in advance as possible.”

“At Pertinence, Korean-born chef Sukwon Yong’s intensely personal cooking merges Korean culinary techniques and ingredients with contemporary French bistro cooking based on the freshest seasonal produce to create original and succulent dishes,” says Lobrano. “The menu evolves regularly but runs to starters like shrimp-and-kimchi stuffed dumplings in a delicate bouillon made from gray North Sea shrimp and mains that include a saddle of lamb with white asparagus, beet gelee, and sour cherries. Desserts are similarly inventive, including rhubarb stewed with hibiscus flower with sorrel parfait.”

“It’s really hard to pick up such a few addresses as Paris is full of good places! So I try to pick three not so famous that are worth the discovery. If you are an ice-cream lover, I warmly recommend you to taste the amazing ones found at GLAZED—it tastes like you have never licked (ice-cream) before,” says Esterelle Payany, a restaurant critic, food writer, and author of more than 30 books. “Flavors include strawberries and sumac, mango and chili for the (standard) ones, but it changes very often and follows the season. There is even a bone marrow one–amazing!).”

“At the top of my list are my two favorite restaurants: Guy Savoy and Frederic Anton of the Jules Verne Restaurant inside the Eiffel Tower. Also, William Ledeuil at Ze Kitchen Galerie. I have followed all three for more than 30 years and love them all,” says Patricia Wells, an American Journalist, author, and cooking instructor with schools in Paris and Provence.

“This is a French-Asian restaurant where we love to go for the atmosphere, the decor, and the sparkling dishes,” says Chef Alessandra Del Favero of Il Carpaccio at Le Royal Monceau. “I recommend ‘e cervella di vitello’ (calf’s brain), a signature dish that is as soft as clouds.”

“My favorite restaurant is Le Gabriel with Chef Jérôme Banctel, I find that today he is the best technician; his accuracy and his sense of taste are just magnificent, says Chef Irwin Durand of Le Chiberta, a 1-star restaurant of Guy Savoy Group. “The starter, the truffle mushroom, is just incredible, at the level of atmosphere a very nice service “à la francaise” with several culinary shows during the meal.”

“Our favorite wine bar is Chambre Noire in the 11th arrondissement,” says Chef Oliver Piras, Il Carpaccio at Le Royal Monceau. “We love going there at any time of the day. The staff is very nice and really professional, they are passionate about natural wines like us and they are always looking for new producers in this natural approach.”

“Paris is one of my favorite cities to go out to eat, and the first city in Europe where I opened a restaurant. From the excellent patisseries to the five-star dining, I love to eat at Gontran Cherrier,” says Chef Akira Back, a Michelin star chef with 20 restaurants in LA, Dubai, Vegas, and Paris. “The delicious croissants are a must. My favorite is the extra flakey, classic croissant by pastry chef Gontran Cherrier.”

“They have delicious pizzas, the setting is really nice with a great atmosphere, and they have a great cocktail menu (special mention for the Negroni.),” says Quentin Lechat, a Pastry Chef at Le Royal Monceau. “The best pizza is ‘Lil Romeo’ with Fior di latte, Guanciale, Roasted Broccoli, Mozzarella di bufalafumée with Sweet Pepper. My advice is to go with friends so you can have all the appetizers to share (great products) as an aperitif.”

“Not being a big wine lover, I would recommend Outland, a beer bar located in the 11th district. They brew their own beers there, and the atmosphere is always chill and relaxed,” says Lechat.

The 14 best restaurants in Paris and one is a beer bar? Come on.