The traditional bistro, with its hearty fare, is an archetype of Paris dining, but a new wave of chefs is bringing a fresh, modern flair to the classic with the neo-bistro.

Urban legend has it that the bistro was invented in Paris following the Napoleonic Wars, when impatient Russian occupiers called out “Bystro! Quickly!” to harried French waiters, thus creating a restaurant where you could eat in a hurry. However they got their start, today, bistros are associated less with speed and more with the simple, traditional dishes that are some of the most emblematic of Paris dining: steak-frites, escargots, perfectly roasted chicken, long-braised beef bourguignon, or veal blanquette.

But beginning in the 1990s, a new wave of bistros inspired by modern trends began taking the capital by storm. The neo-bistro combines the flavors of traditional French cooking with contemporary minimalism and freshness: smaller portions with a higher ratio of vegetables and excellent wine lists featuring independent organic or natural producers tend to be the secret of the neo-bistro’s success. 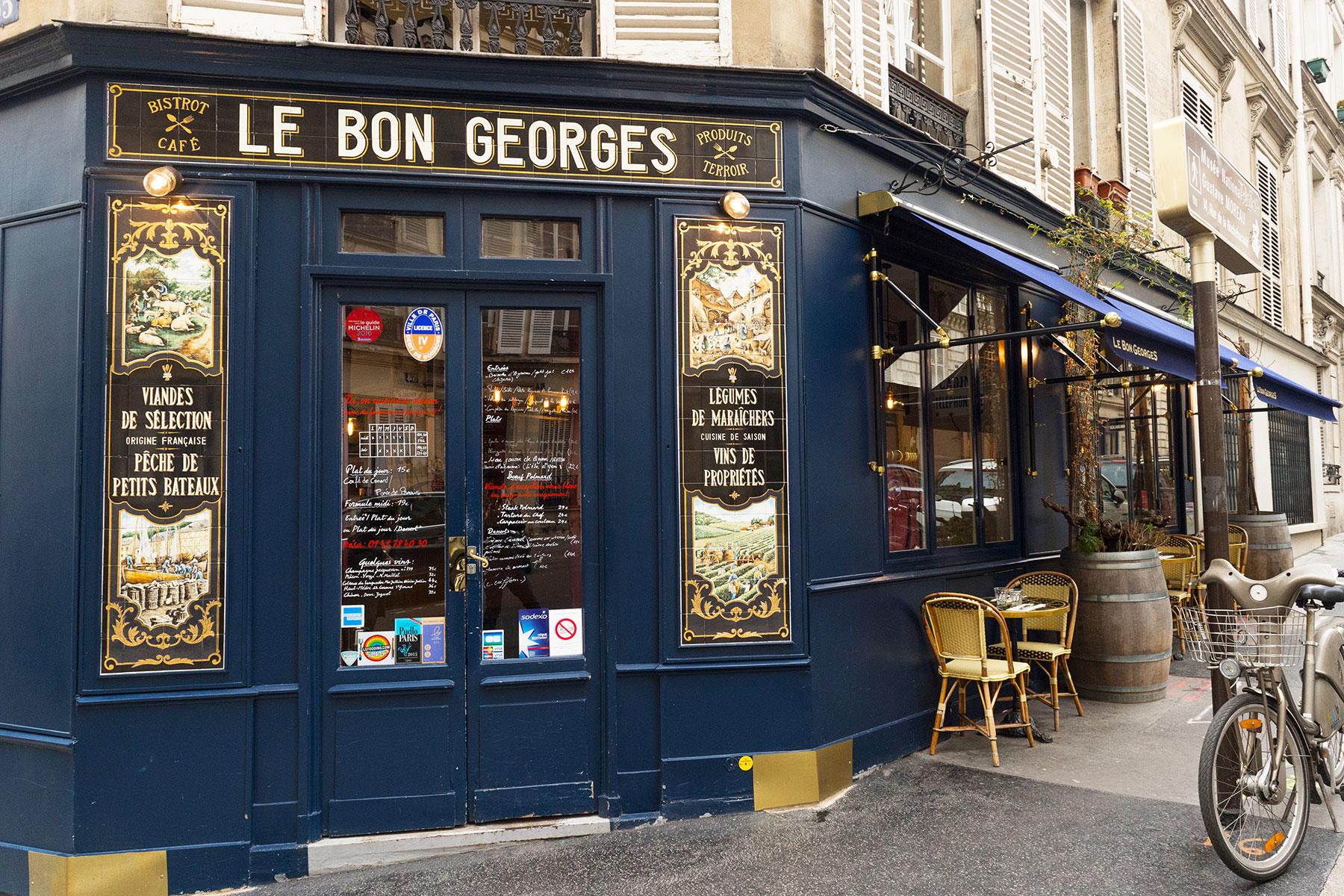 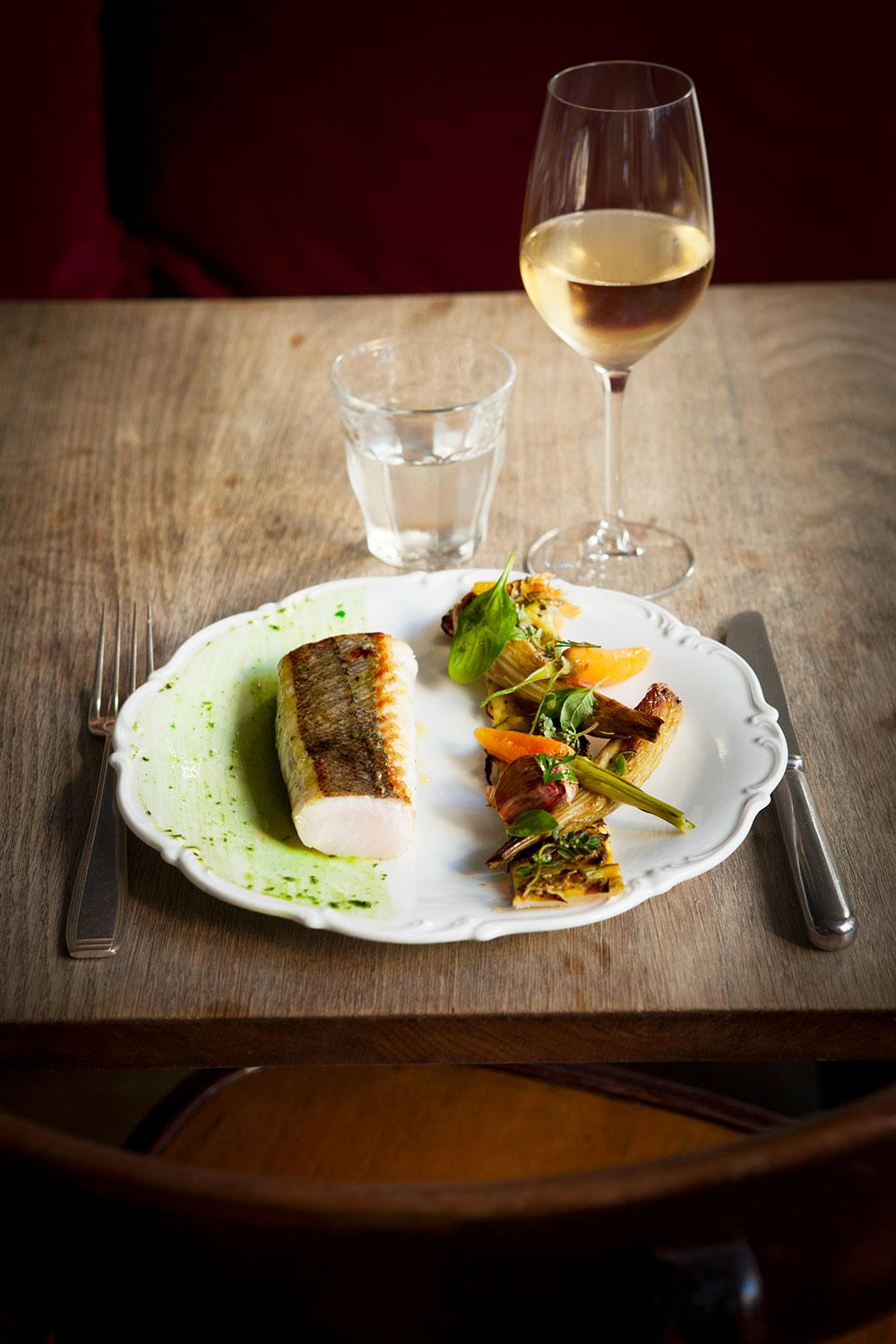 PHOTO: Francis Hammond
Previous Next
1 OF 14

Le Bon Georges is one of the best examples of a traditional Paris bistro done right, with a simple menu boasting authentic fare served up in a cozy atmosphere complete with well-worn wooden tables and a chalkboard menu. The secret of this restaurant’s success is its focus on high-quality ingredients, a cause near and dear to the heart of owner and former farm boy Benoït Duval-Arnould: origins of all animal proteins are clearly indicated, and care is taken to bring out the best in each and every ingredient from a beef rib to a simple radish.

INSIDER TIPDuval-Arnould takes his beef seriously, which means that lovers of medium-cooked meat are out of luck: this restaurant will not cook your steak past saignant, or rare, so if that’s not your cup of tea, consider instead the line-caught fish, lamb, or pork. 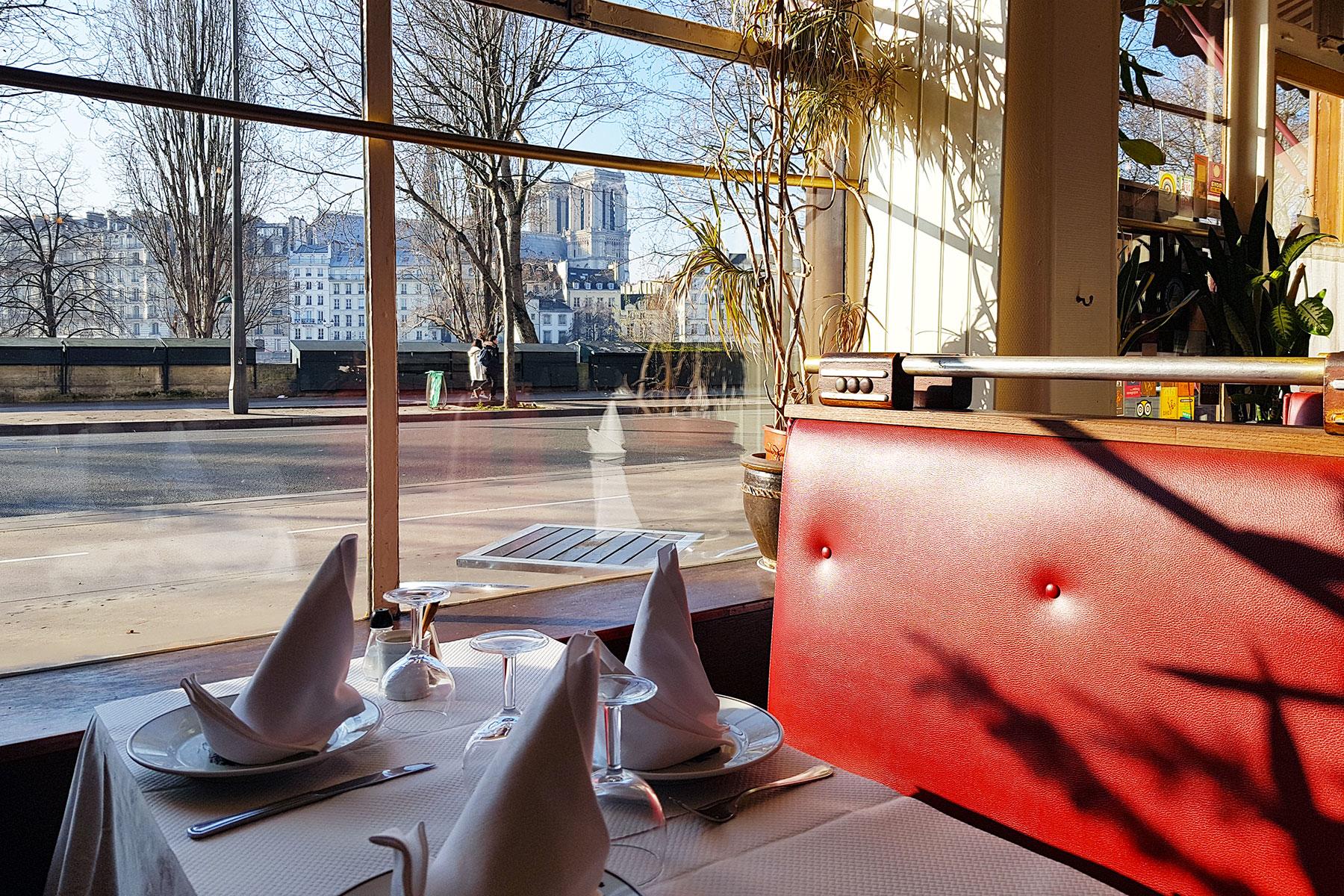 This bistro just across the river from Notre Dame Cathedral is a former truck stop run by a native of Auvergne, a region known for its cheese, beef, charcuterie, and tiny Puy lentils. The menu at this bistro highlights these specialties and more, with copious stewed dishes like beef bourguignon as well as a truly excellent steak-frites au poivre. Dishes are served on large platters, making it easy to mix and match with your fellow diners, and the bustling ambiance of the dining room recalls the restaurant’s humble origins.

INSIDER TIPUnlike many restaurants in the capital, Le Trumilou is opened seven days a week. 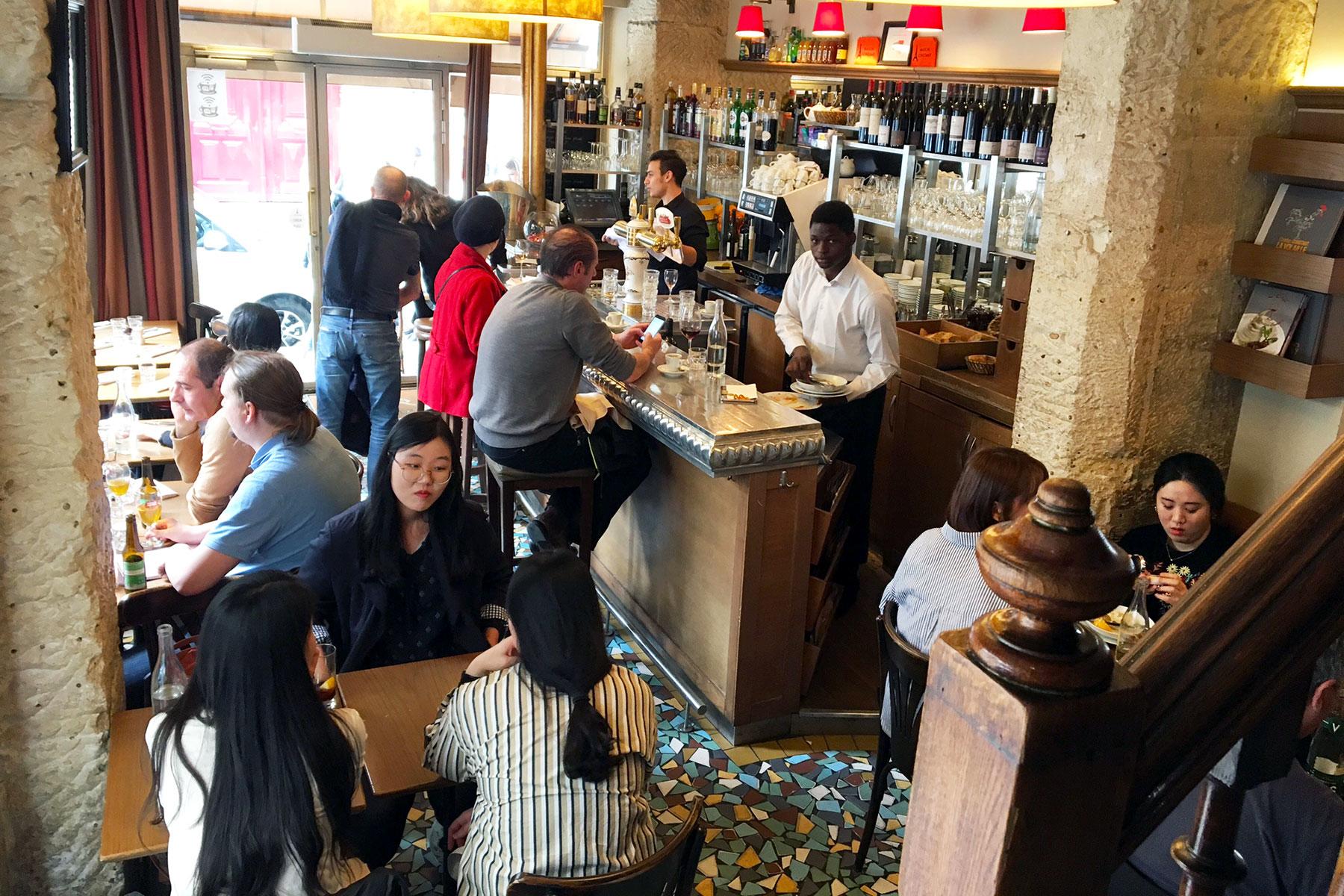 Chef Christian Constant is the unofficial mayor of one block in the 7th arrondissement, where he owns three restaurants including this market-driven bistro. Café Constant boasts an ever-changing menu of classic French dishes from beef cheek stew to duck confit, a local specialty from Chef Constant’s southern home. The menu is designed around a prix fixe of 36 euros for an appetizer, main, and dessert, though you can also pick and choose à la carte.

INSIDER TIPCafé Constant doesn’t take reservations, but the fact that this restaurant has two dining rooms means that you can usually avoid too long a wait. If not, his Les Cocottes just next door is also an excellent address. 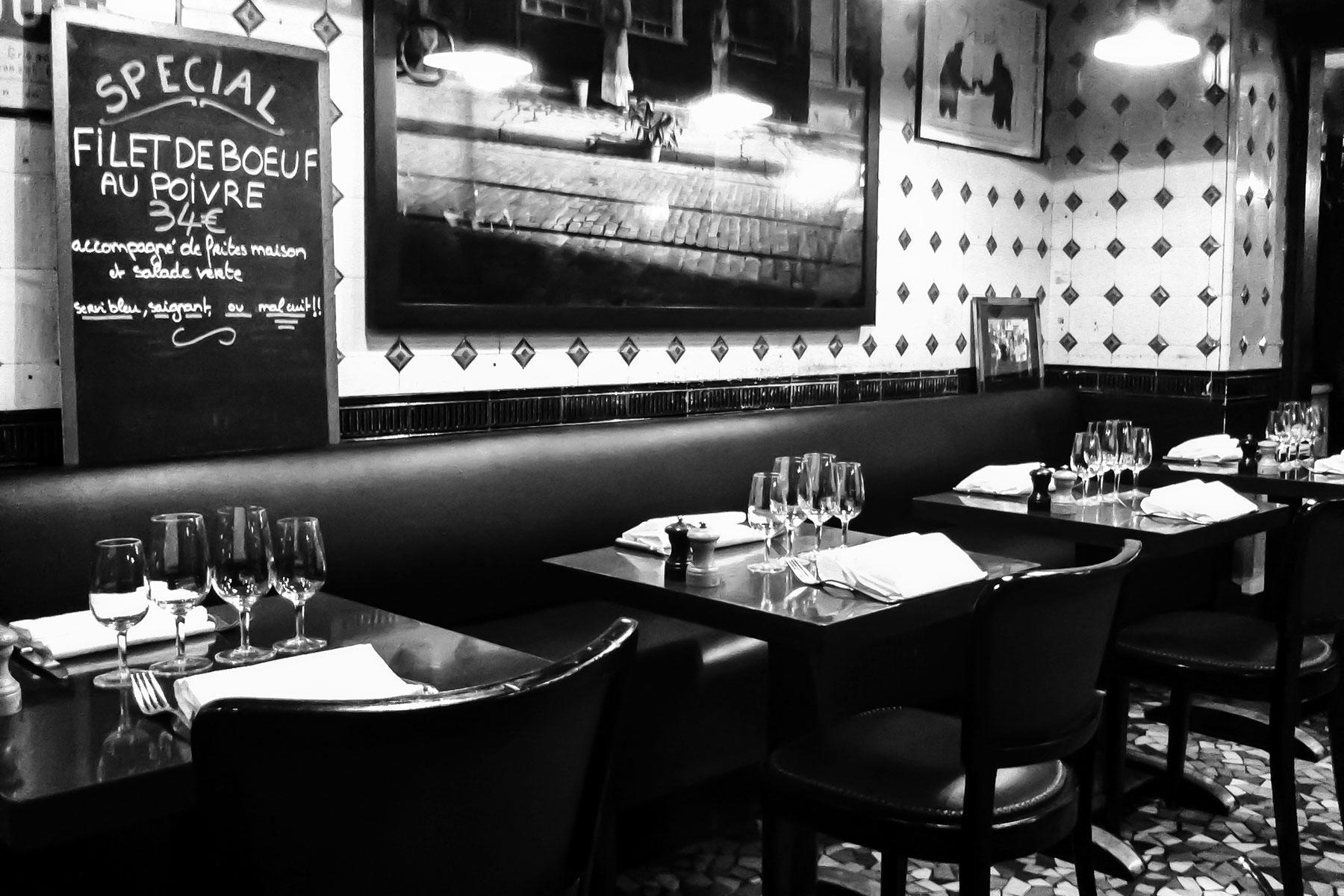 This 11th arrondissement favorite is the archetypal classic Parisian bistro, with authentic décor and a menu revolving around classic steak au poivre and roast lamb, as well as French offal specialties like veal liver and andouillette. While many bistros look at vegetables a bit askance, Paul Bert knows how to serve up seasonal vegetables right, with fat asparagus gracing the menu in the spring. Lovers of fromage will feel right at home with the restaurant’s cheese platter, and house-made desserts like soufflé and ile flottante are some of the best around. Accompany your meal with one of the wines from owner Bertrand Aboyneau’s excellent selection. 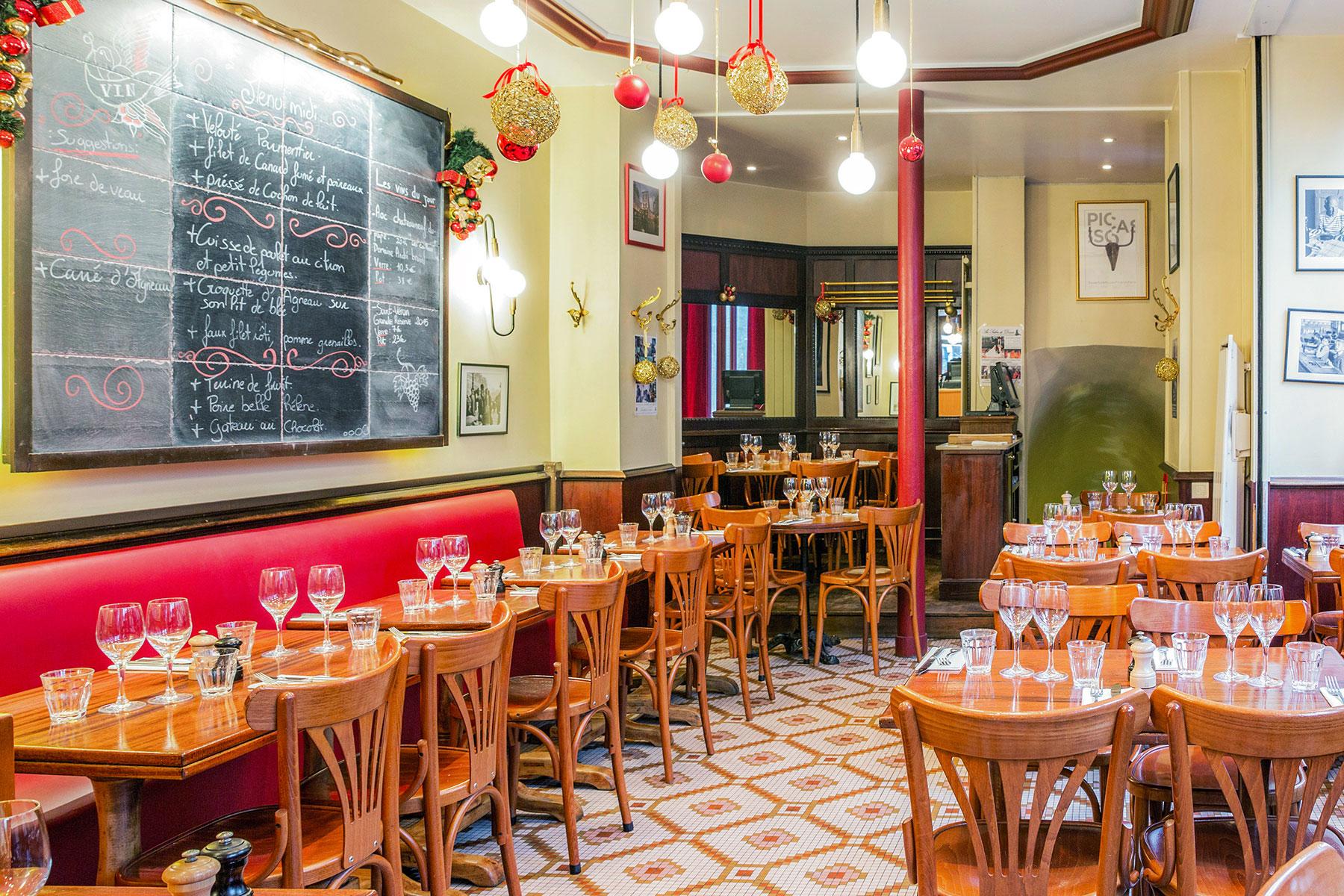 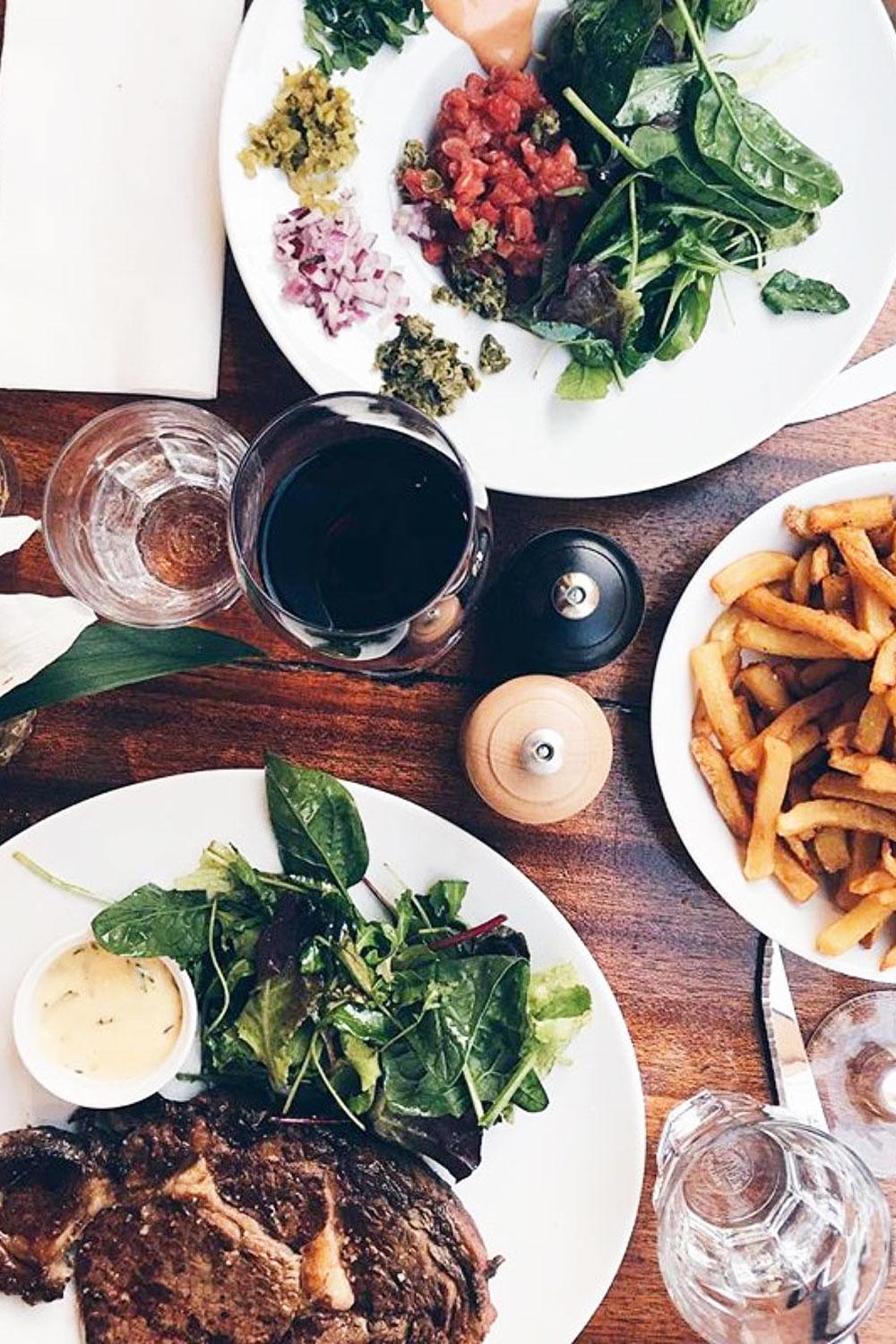 Café des Musées has all the allure of a classic bistro, with an Art Déco window and exposed wood finishing, but the menu has a touch of the modern about it, with far more of a focus on vegetables than most bistros show. Alongside classic terrines and beef bourguignon, you’ll find a main comprised of fresh garden veggies and a poached egg.

INSIDER TIPEscargots are usually presented simply in their shells, but Café des Musées revisits them with an edible mushroom cap serving as the serving vessel, which has the benefit of soaking up even more of that garlicky escargot butter. 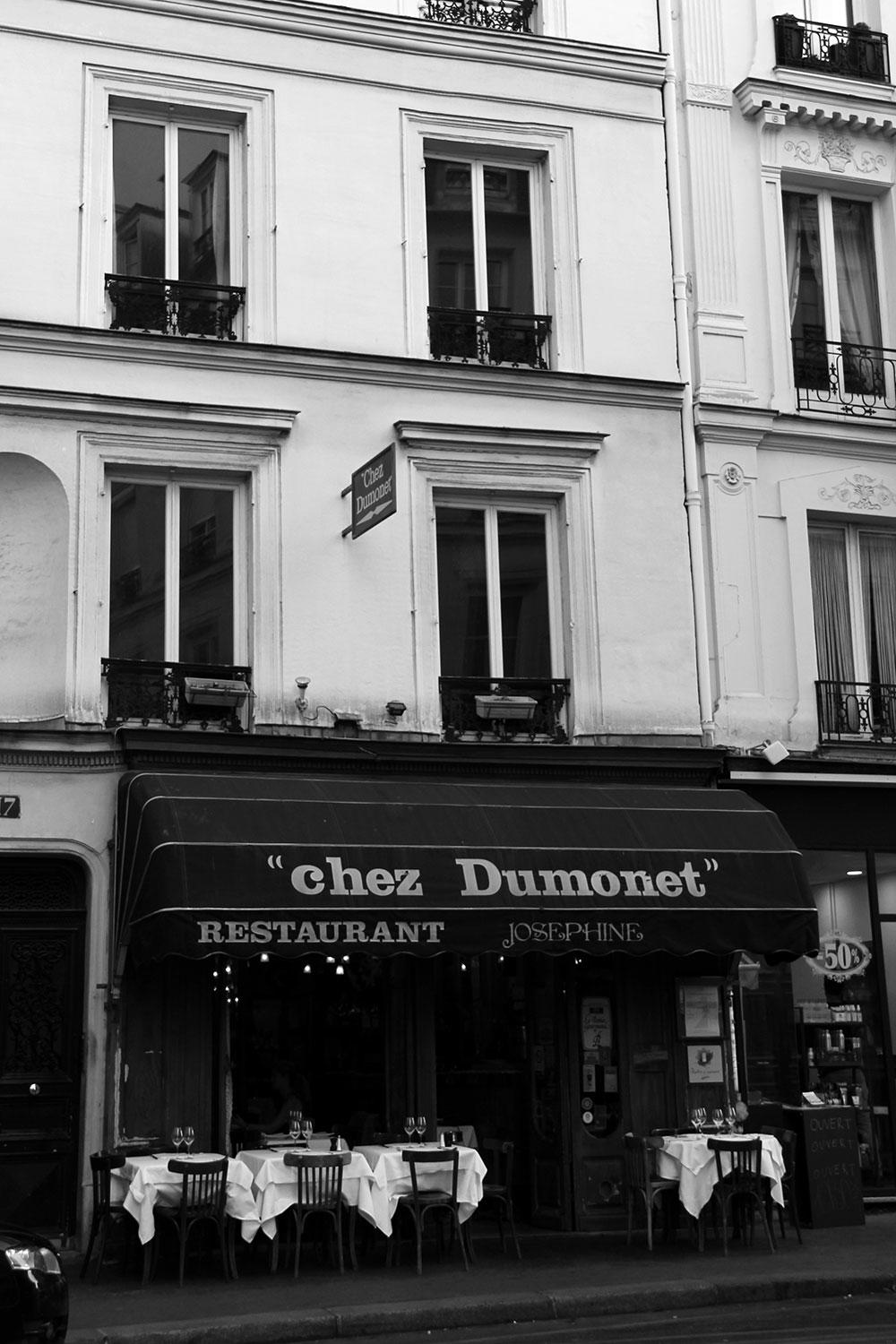 Joséphine’s décor has walked right out of the late 19th century, but its dining room is an endless parade of modern diners looking for some of the best authentic bistro food in the capital. Known for its appetizers made for sharing like the house-made terrine or the marinated herring, served family-style in an earthenware dish, Chez Dumonet is also one of the only restaurants in Paris you’ll find that will offer half-portions.

INSIDER TIPWhile it’s tough to go wrong with this menu, the duck confit is one of the best in the capital: crispy and meaty, it’s served with a generous portion of duck-fat-fried potatoes. On the (slightly) lighter side of things, the steak tartare, prepared tableside, is as much of a feast for the eyes as for the palate. 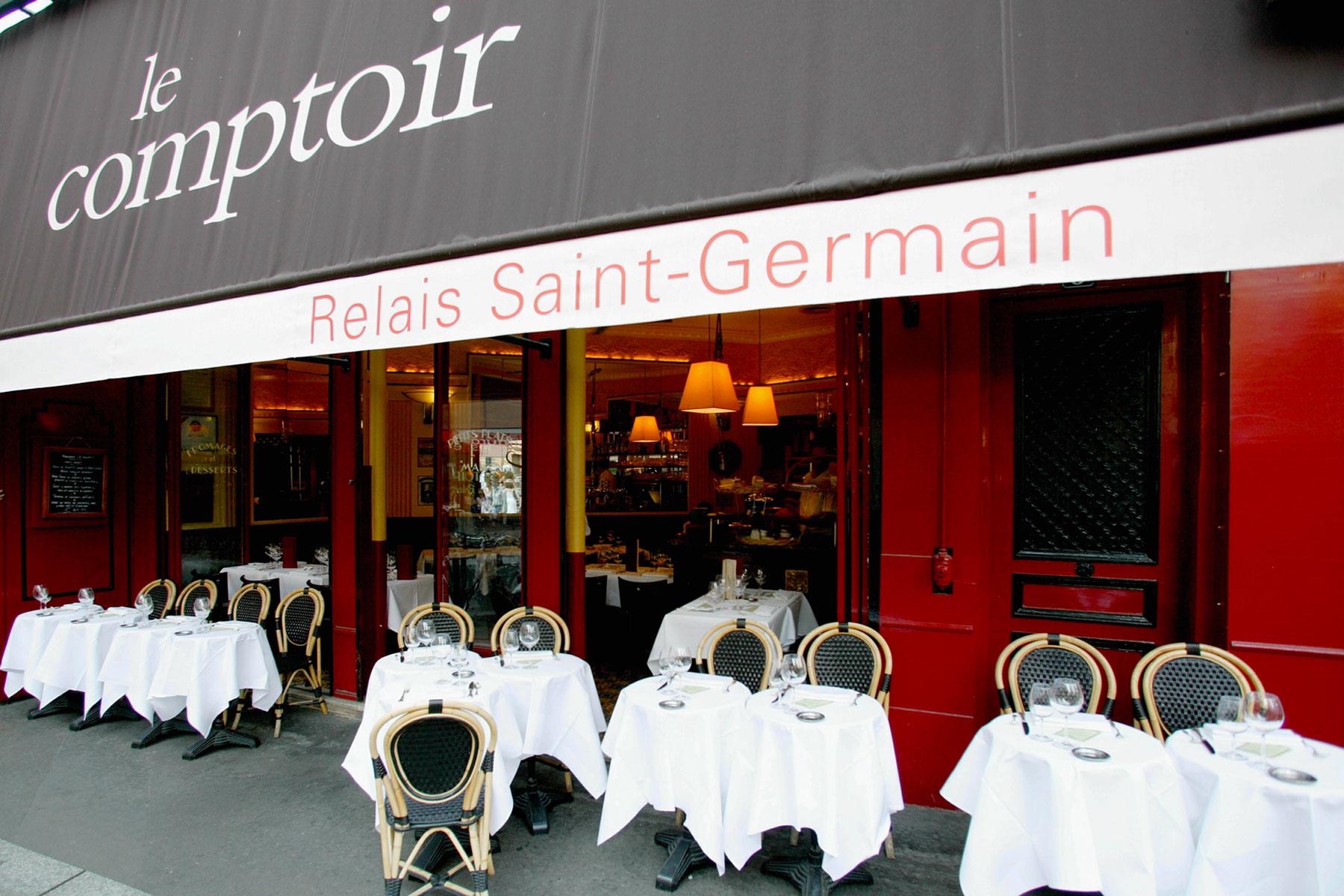 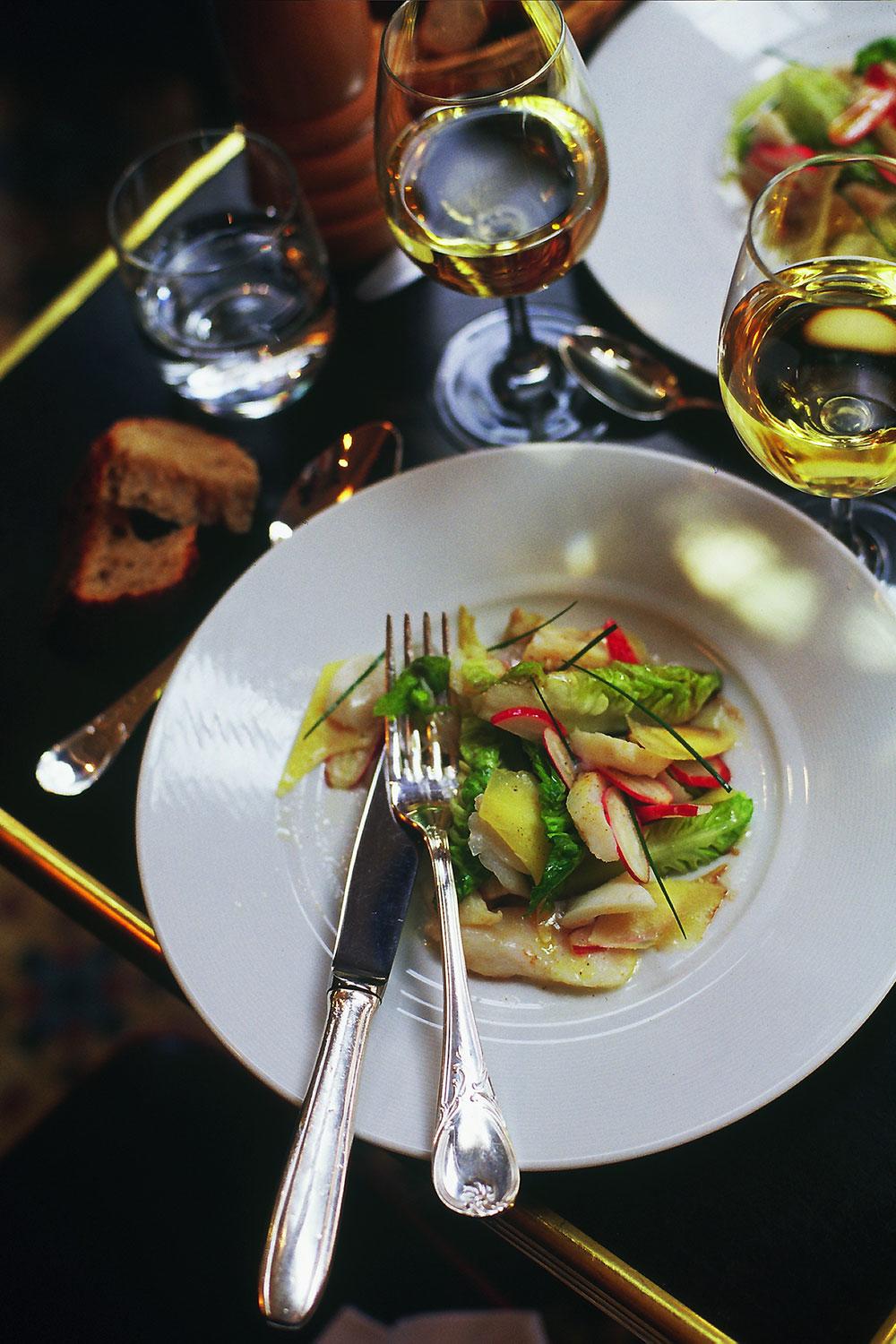 Chef Yves Camdeborde is widely recognized as the pioneer of the neo-bistro, a concept he created in the ’90s to make haute cuisine more accessible to diners. Today, his Art Deco restaurant expertly toes the line between bistro and neo-bistro: at lunchtime, the Comptoir is a simple brasserie; in the evenings, however, the restaurant becomes the emblem of Camdeborde’s philosophy of elevating classic bistro dishes. The five-course prix fixe is chef’s choice and may feature haute cuisine versions of croque monsieur, salade niçoise, or steak-frites.

INSIDER TIPLe Comptoir is nearly impossible to get into unless you have a reservation at the Relais Hotel, but booking in advance here is worth it. You could also brave the line to sample Camdeborde’s brasserie menu at lunchtime, where no reservations are taken. 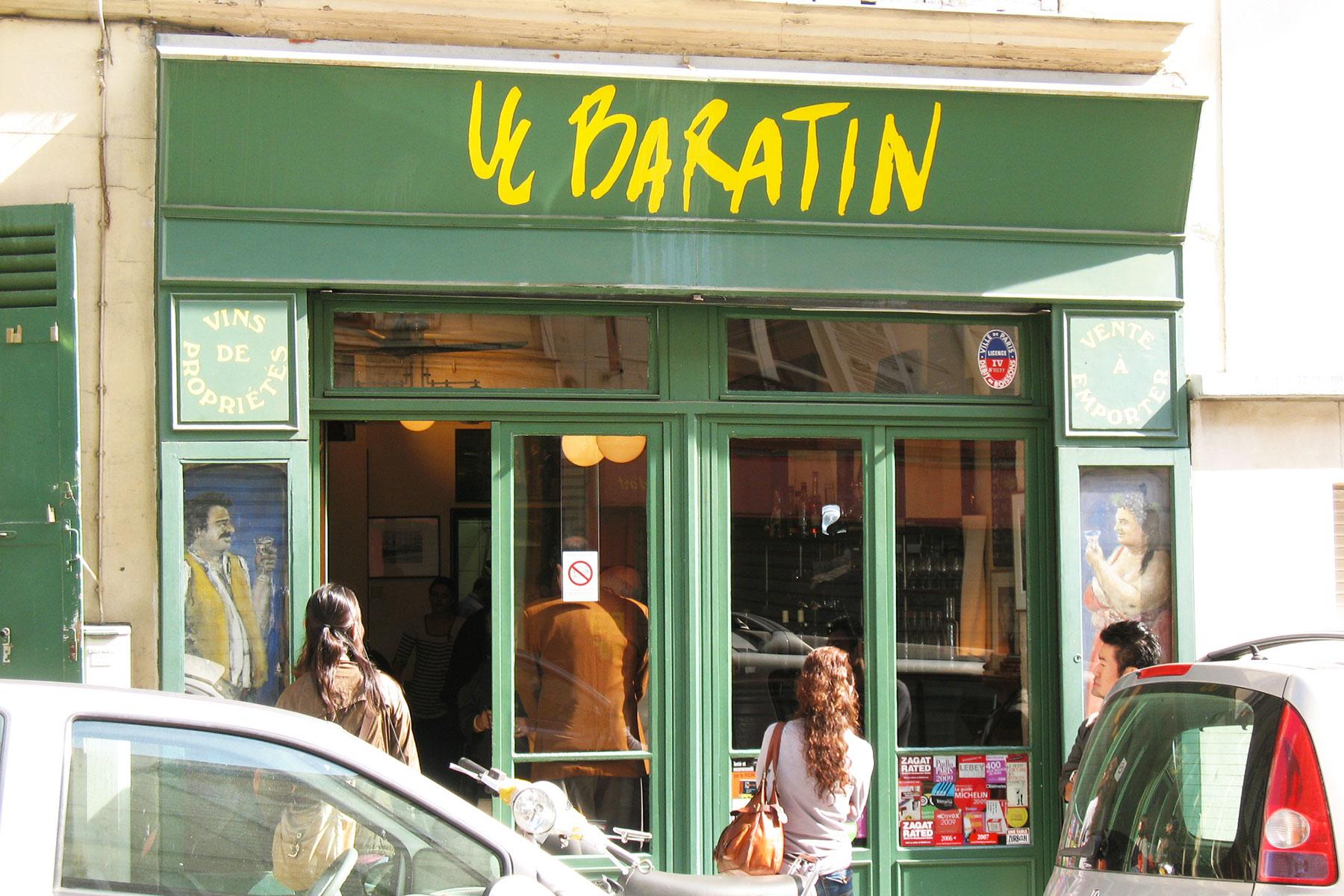 Argentine Chef Raquel Carena adds her own touch to classic bistro cooking at this Belleville institution, which also features one of the best organic and natural wine lists in the city. A larger assortment of fish and vegetable options on the ever-changing chalkboard menu will please those looking for the bistro ambiance without the over-reliance on meat you’ll find in more classic bistros. 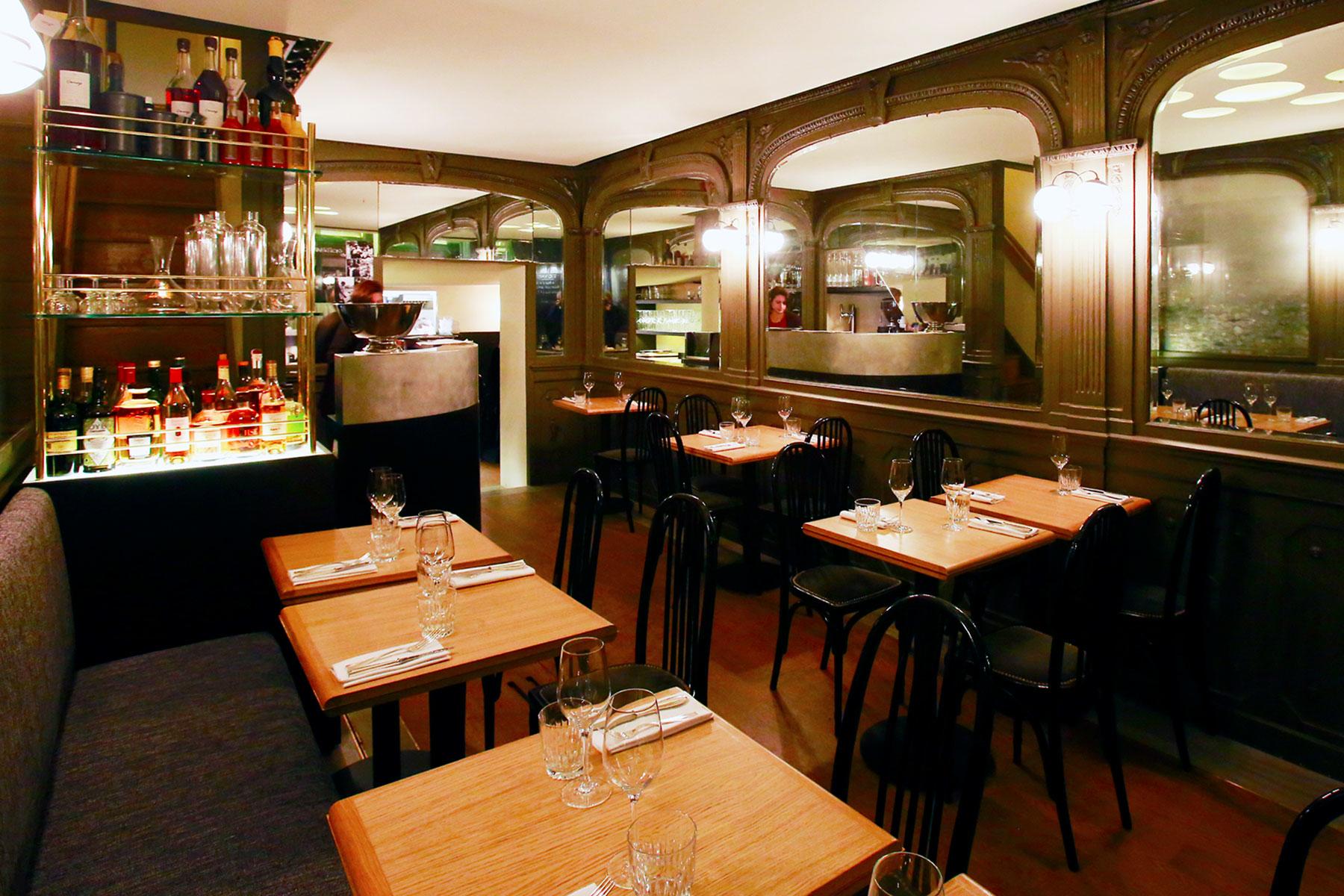 American chef Daniel Rose made his mark on the capital with Spring before opening this ode to the classic bistro near Bourse. A minimalist menu inspired by classic bistro dishes features fresh, seasonal ingredients and far more manageable portions than many of the more traditional spots. No matter what you order, you’ll start with a house-made gougere, an eggy cheese puff, before being escorted through French-trained Rose’s expert interpretations of authentic local cuisine.

INSIDER TIPCooked oysters are a rarity in France, but the broiled oysters with Normandy cream are the perfect example of a well-executed version of this dish: hot and bubbly on top but still juicy and tender within. 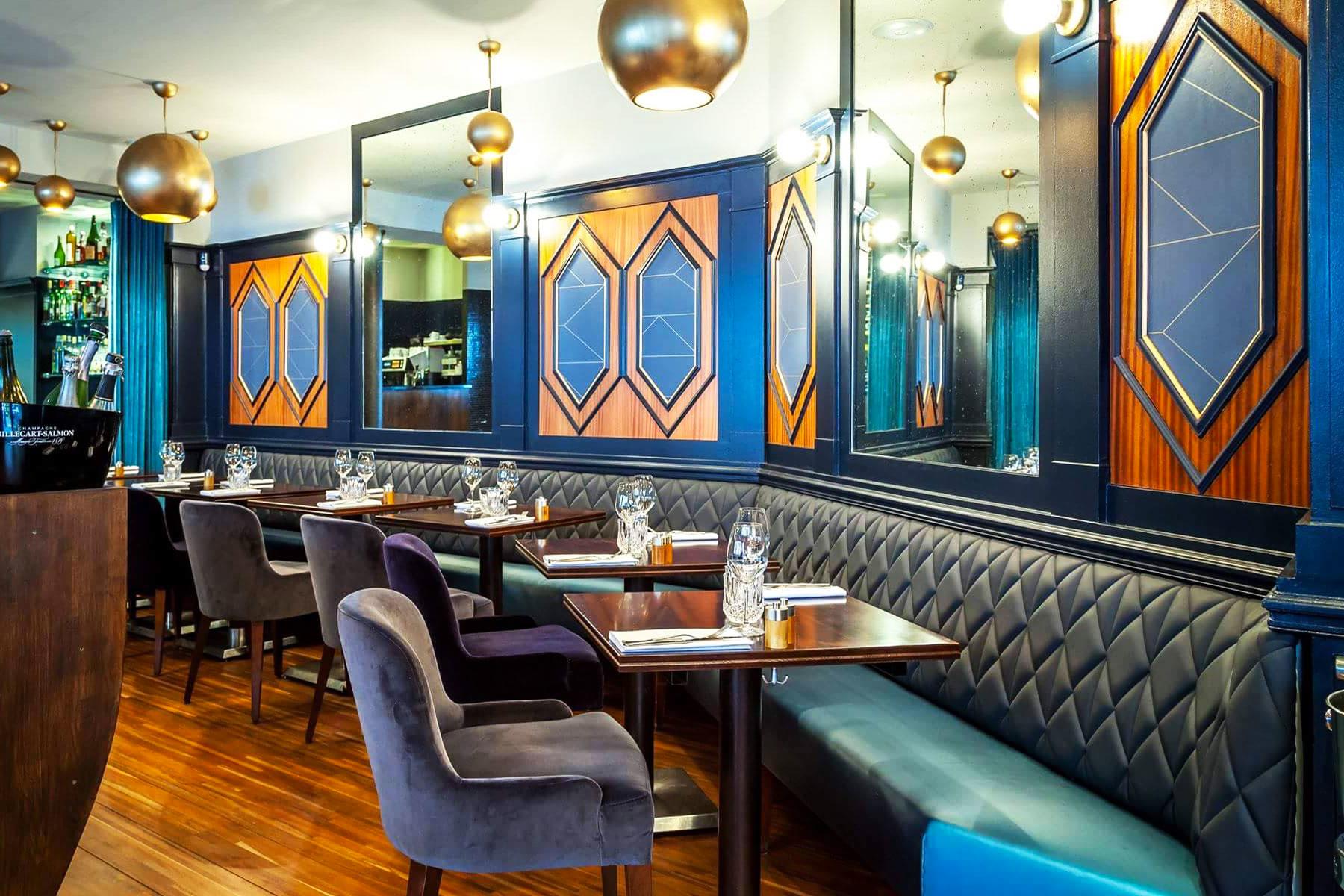 Chef Thomas Boullault is one of a handful of Michelin-starred chefs who have opted to also open a neo-bistro to show off their traditional French cooking chops. Bistrot Marloe is a slightly more haute cuisine version of your neighborhood bistro, with a menu featuring a few classics–steak-frites, roast chicken, even a burger–with a more refined flair: the pork is spiced up with a touch of wasabi, and the steak-frites is a hearty entrecote with house-made fries and béarnaise sauce.

INSIDER TIPBoullault’s grandfather apparently made a mean croque monsieur that has made it onto the menu here. The sandwich is comprised of the city’s best ham, artisanal cheese, and a touch of cream and is served with a side salad dressed with sherry vinaigrette. 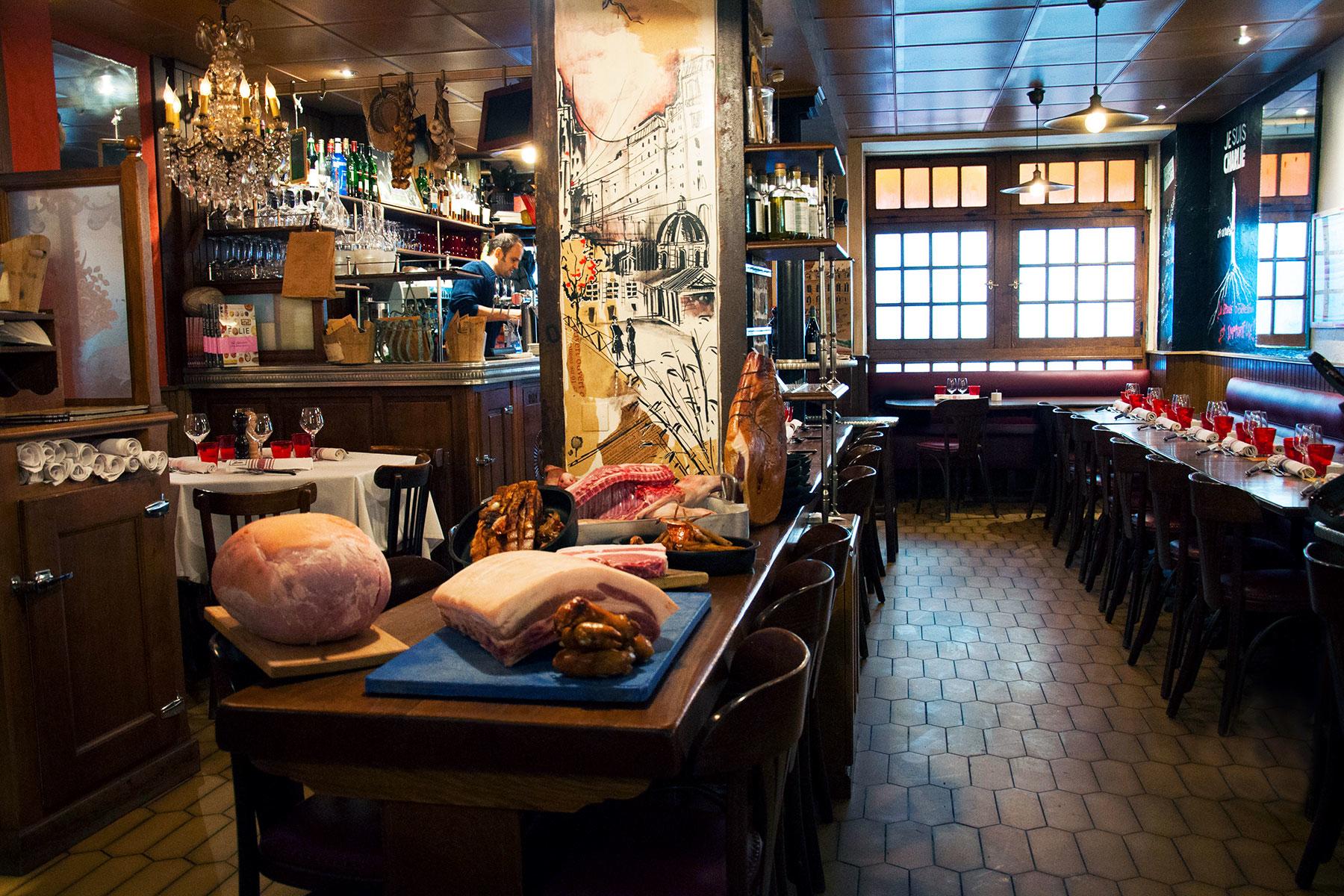 This unassuming restaurant tucked into a little street in the 7th reveals itself to be a temple to unique and innovative flavor combinations. Chef Stéphane Jégo has hit the sweet spot at the intersection of neo and bistro in his Basque-inspired dining room: you’ll get extra cozy with your table neighbors here as you dig into perfectly roasted squab or seasonal vegetables simmered in a flavorful broth and topped with a parmesan espuma. The tasting menu may be a bit hard on your wallet, but it’s well worth it to see Jégo’s creativity in all its glory. 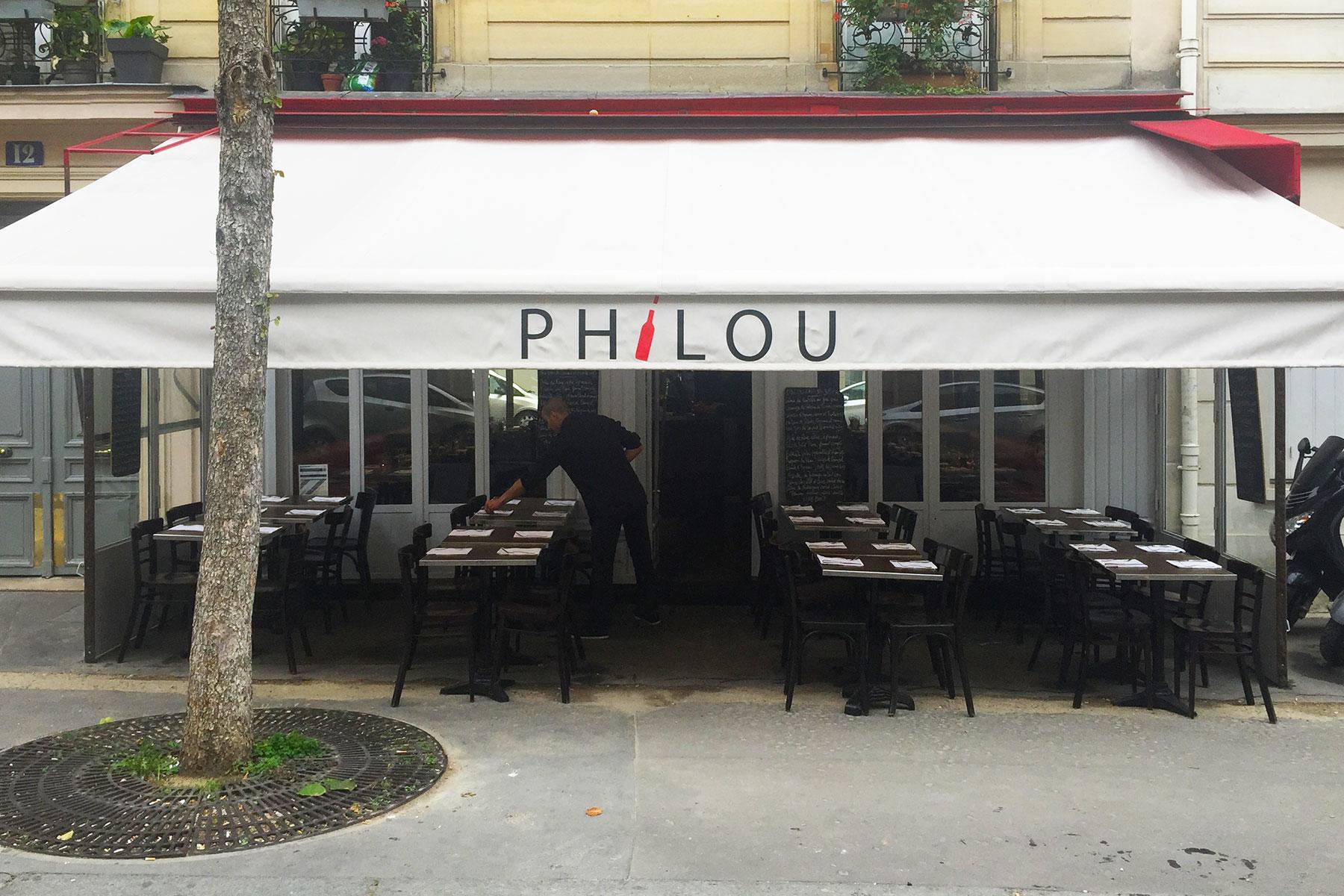 It’s always a good sign when restaurants run out of dishes, and if you get to Philou late, you may see a line or two of the blackboard menu has been rubbed out. Luckily, everything here is good, though the restaurant is particularly well known for its wild game dishes in winter and classic Breton desserts, as well as for its wine list filled with bottles from independent winemakers.

INSIDER TIPThis little restaurant has a few unfortunate tables near the bathroom; ask for a table up front or en terrasse in summer. 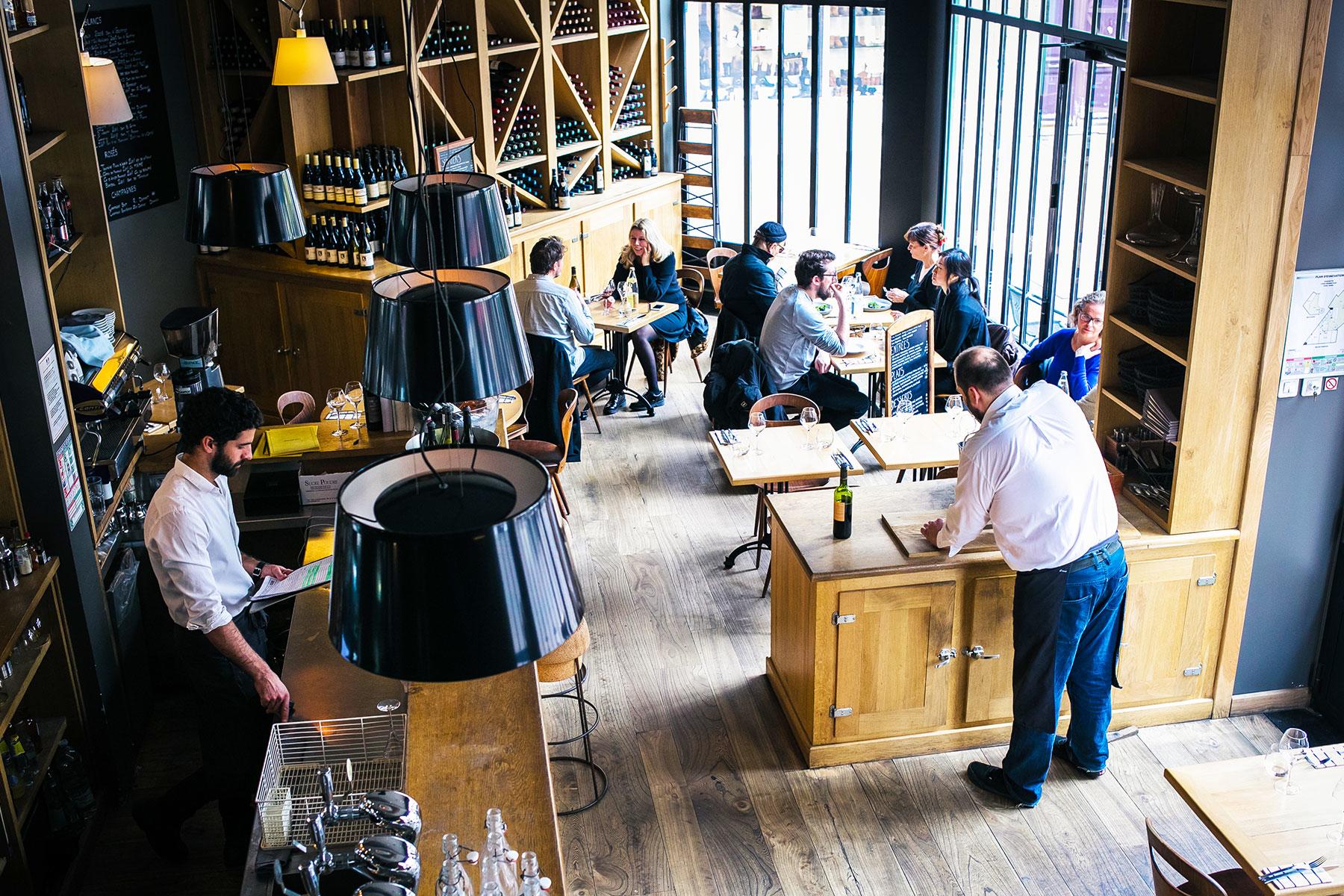 Pirouette is known for its beautiful plating, but unlike at some spots, the artistry of the flavors here lives up to the aesthetic. Classic bistro fare like sweetbreads, steak, and scallops are exemplified by Chef François-Xavier Ferrol, who feels no need to put meat center-stage: a roasted onion carbonara or truffle gnocchi are just as at home on this menu as hare à la royale or wild duck. Ferrol’s ability to walk the line between authentic French bistro cooking and avant-garde touches makes Pirouette a must. 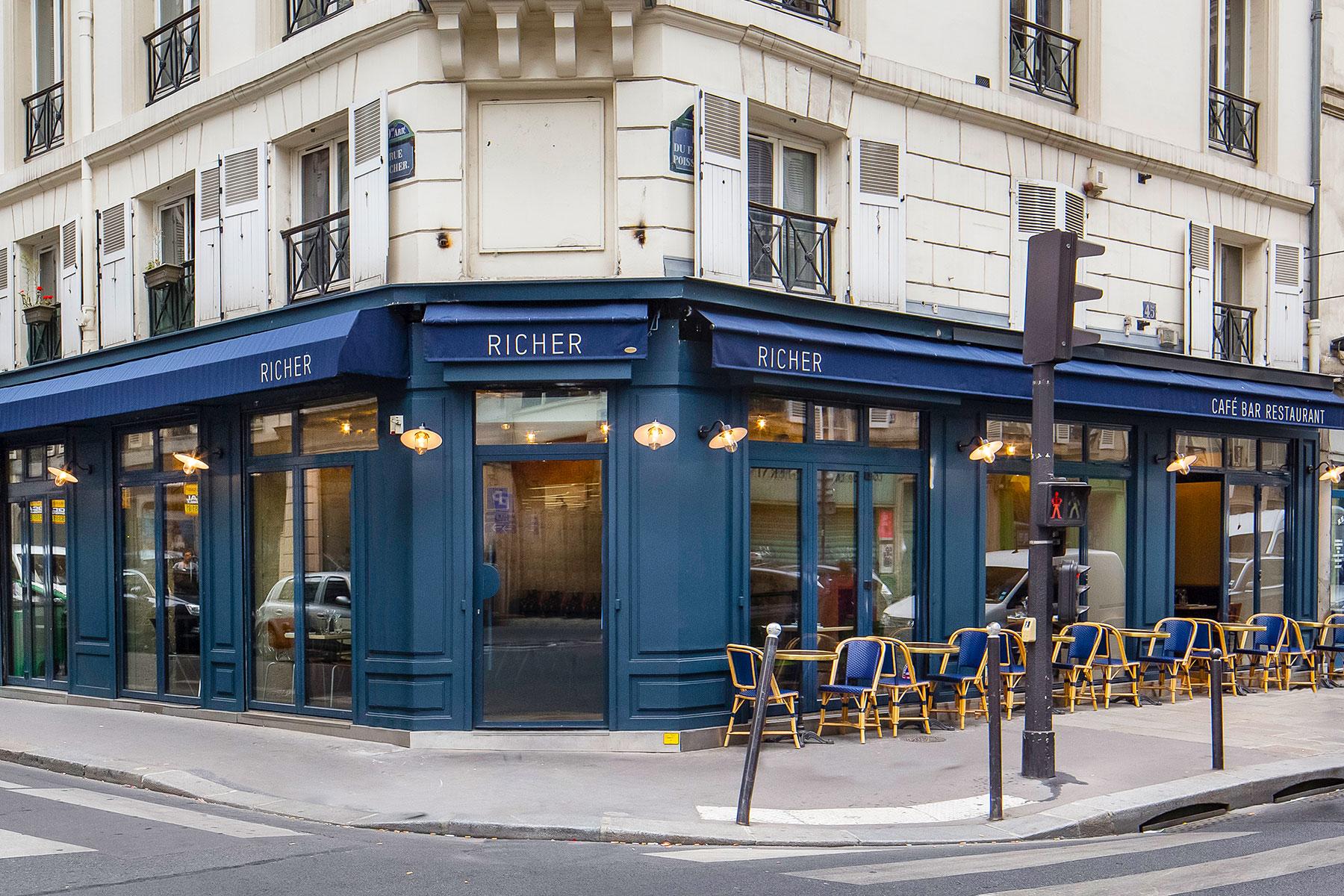 The ever-changing menu at Le Richer somehow effortlessly combines classic French bistro cuisine with modern neo-bistro freshness and even a touch of foreign influence, for good measure: dishes may include spelt arancini with bok choi and piquillo pepper coulis, duck with gingered root vegetables, or even a corn dog with French gribiche sauce and violet mustard.

INSIDER TIPThis restaurant takes no reservations, but it is run by the same management as nearby l’Office, which does.