“Cinema is an invention without a future,” Louis Lumière once remarked at the turn of the 20th century.

As predictions go, this astonishingly bad prophecy comfortably sits alongside other infamous forecasts such as Decca Records deciding the public wouldn’t be interested in the music of The Beatles or former Microsoft CEO Steve Ballmer claiming in 2007 that “there’s no chance the iPhone is going to get any significant market share.”

Clearly, Lumière was no Nostradamus, but his impact on the format of the moving picture was momentous, regardless of his flippant attitude toward its future possibilities. Taking pride of place on a magnificent mural in his hometown of Lyon, France, Louis and his brother Auguste are immortalized forever on the Fresque des Lyonnais, yet their ground-breaking work actually took place far from the splendor of the city’s center.

The story begins when their father, Antoine, a well-known portrait painter turned photographer, opened a small business in photographic plates, and a young and fascinated Louis Lumière started experimenting with the equipment his father was manufacturing. In 1881, the 17-year-old Louis invented a new technique of developing film, advancing his father’s business enough to drive the opening of a new factory in Lyon’s working-class 8th arrondissement.

By 1894, the Lumières employed 300 people at their factory and were producing around 15 million plates per year. Later that year, Antoine saw an example of Thomas Edison’s peepshow Kinetoscope in Paris and encouraged his sons to devise an apparatus that could take and project moving pictures. Since the Kinetoscope could only display a motion picture to one individual viewer, Antoine advised Auguste and Louis to work on a way to project film onto a screen, so several people could view it at the same time. Within only a few months, they manufactured a successful prototype of the Cinématographe, which was swiftly patented on February 13, 1895. 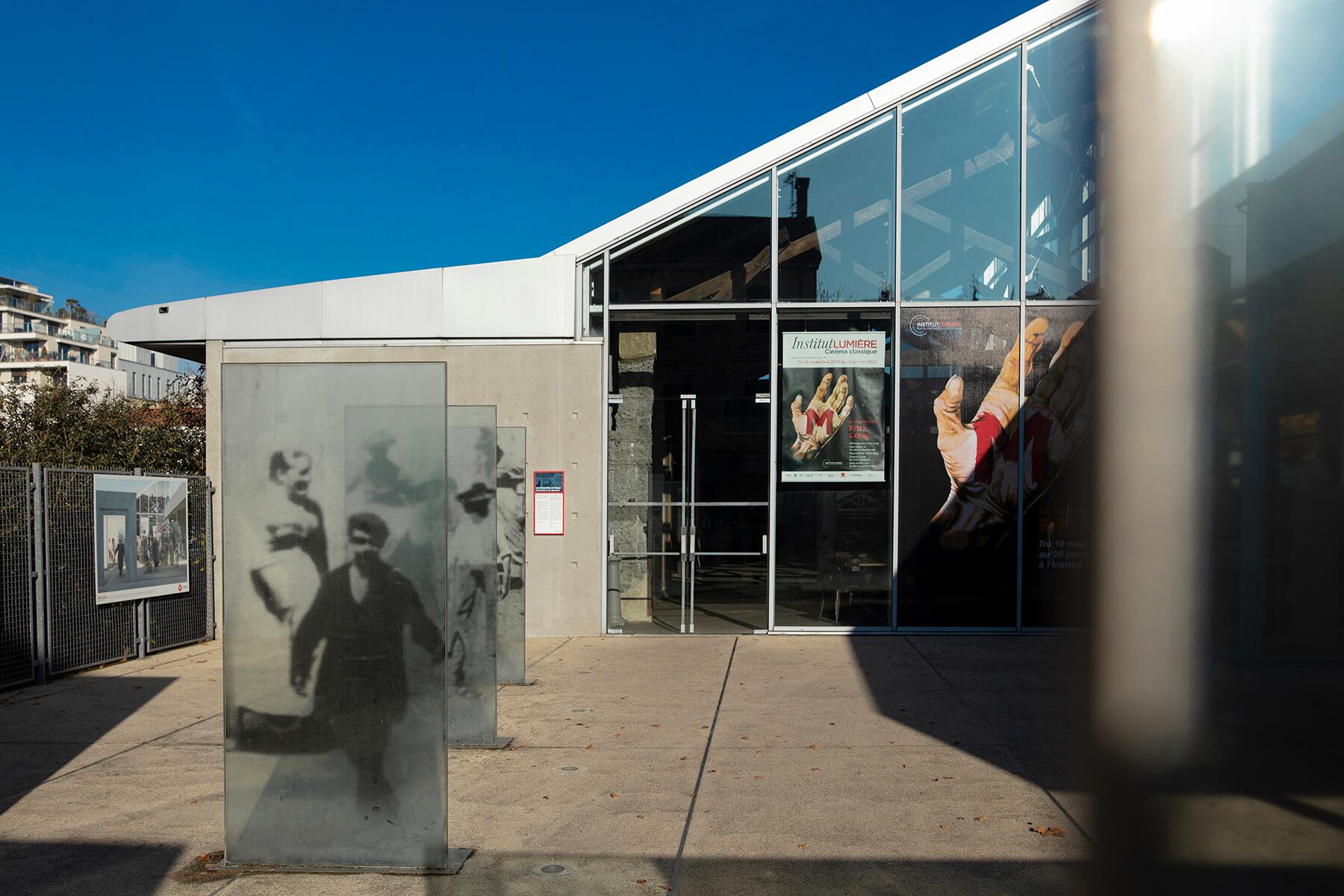 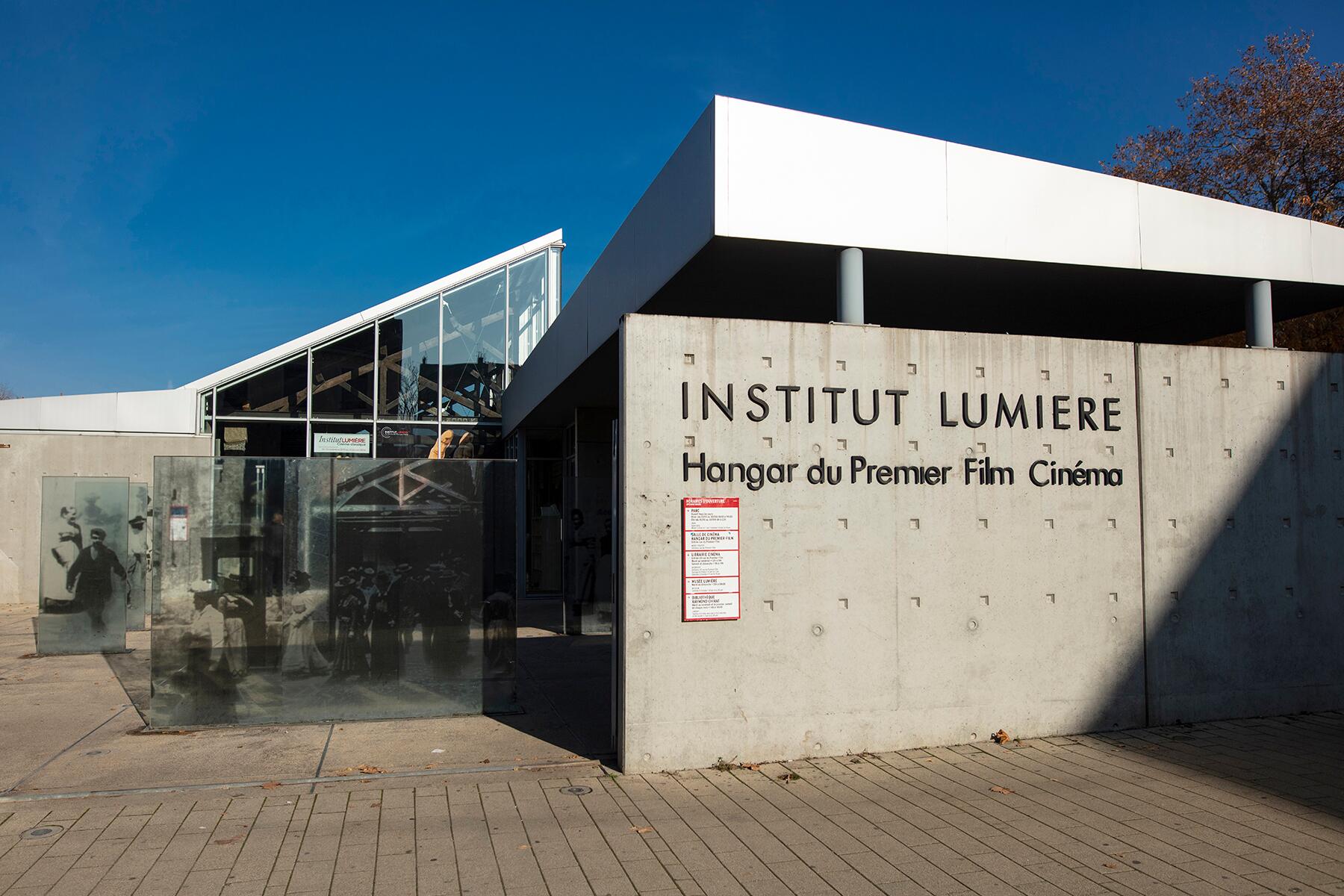 Essentially a three-in-one device that was able to record, develop, and project motion pictures, the Cinématographe was the first example of a viable film camera. Not only was it compact and thus could be taken anywhere, it also didn’t require the electricity that Edison’s Kinetoscope did—a scarce source of power at the time.

The fruits of the Lumiere’s labors were finally seen on March 22, 1895, at a private industry screening in Paris. Shot in their neighborhood back in Lyon, the brothers’ 40-second film La Sortie de l’Usine Lumière à Lyon (Workers Leaving the Lumière Factory in Lyon) was screened to a captivated audience. Considered to be the first true motion picture, the short black-and-white silent film showed the Lumière’s mostly female workforce leaving their factory at the end of the day, followed by a horse and carriage.

To our 21st-century eyes, it isn’t the most rousing of videos, but in 1895 the audience was enthralled to see life’s moments suddenly unfolding on a large screen. Amusingly, Louis Lumière had hoped the viewers would be more interested in the color photography he had been working on, but the images brought to life through film proved to have the most profound effect on their audience.

Later that year on December 28, the Lumières were back in Paris where they revealed their films to the public for the first time. Downstairs in a smoky basement of the Grand Café on the Boulevard des Capucines, the brothers projected 10 short films for an audience of journalists, theater directors (including the famous Georges Méliès), and friends.

“We stared flabbergasted at this sight, stupefied and surprised beyond all expression,” said Méliès. “At the end of the show, there was complete chaos. Everyone wondered how such a result was obtained.”

The 10 films shown that day included the touching domesticity of Repas de Bébé (Baby’s Dinner) and the busy street scenes of Place des Cordeliers à Lyon (Cordeliers’ Square in Lyon). The films then began to be screened daily to the public with the admission price of one franc, though there was little interest initially. However, these moving scenes of everyday life astounded curious passers-by and eventually word spread, with queues in the streets extending a quarter of a mile at times.

1896 saw the projection of the infamous L’arrivée d’un train en gare de La Ciotat (The Arrival of a Train at La Ciotat Station), a film that’s since become a part of cinema folklore. Legend has it that when audiences viewed the Lumières’ film, the sight of the approach­ing train sent viewers running away in terror to the back of the theater. Regardless of whether this compelling myth is actually true or not, the depth of field techniques that the film used were revolutionary and would influence the filmmakers of the early 20th century and beyond.

Between 1895 and 1905 the brothers shot more than 1,400 films, the vast majority of which still exist. Not only are these early movies fascinating windows into a different world, they’re living documents of social history. Particularly poignant are the faces of the children and young people who had no idea about the coming horrors of World War I, less than two decades away.

Though there was humor, too, as this wonderfully haphazard snowball fight from 1897 attests (wrong place, wrong time for the man on the bicycle!). The Lumière films span the breadth of humanity, evoking life into a world we’ve often thought of as desperately uptight and conservative, only to find they weren’t that much different to us 125 years ago.

Despite their view that cinema was something of a novelty, the Lumière’s influence on the movies today may be incalculable and anyone traveling to Lyon today can visit the Institut Lumière in the 8th arrondissement and see where it all began. The entrance to the factory still exists, as well, on the aptly named Rue du premier film.

Although the brothers withdrew from the industry in 1905, their legacy lives on and may perhaps be even more appreciated in a year that’s been so memorable and so devastating for cinema.