When you’re taking on the French Alps, the last thing you want to do is head all the way down to the village for lunch. Luckily, nearly every resort has at least one not-to-miss restaurant located just off the slopes. Prop your skis and poles outside the door, peel off your parka, and prepare yourself for a memorable meal. 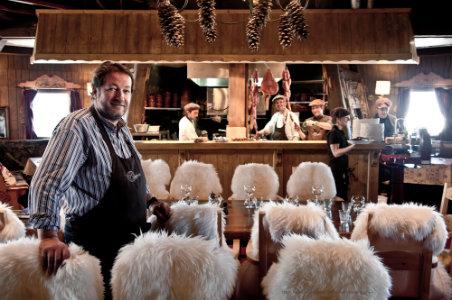 Perched atop the Grand Motte glacier, Le Panoramic leaves you breathless with its high-altitude setting and unbeatable views of the entire ski area in and around Tignes. You get here via a futuristic funicular that burrows up through the mountain. There's a self-service area for those anxious to head to the nearby slopes, but opt for the chalet-style dining room, where farming implements are hung from the rafters and chairs are covered with fur. Lunch will be a feast—start off with a wooden tray covered with pâtés, crusty baguettes, and locally cured hams, then move on to more substantial fare like the beautifully glazed pork shoulder. Chef Jean-Michel Bouvier will undoubtedly be there pouring shots of the local liqueur from a huge bottle. 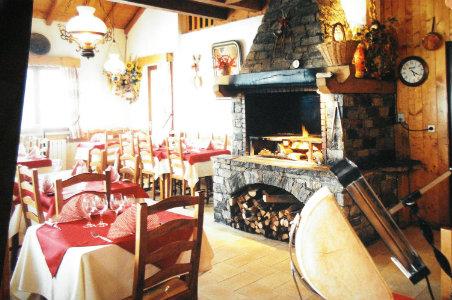 The name refers to a horse kicking up its hind legs—a clue that this charming chalet serves hearty fare that could fortify a cowboy for a long ride on the trail. The tightly packed downstairs dining room of La Ruade is centered around an open fire where beef lovers can watch the expert staff grill up a côte de boeuf that's big enough for two. This is also a great place to sample regional specialties like raclette, in which a half-wheel of cheese is slowly melted onto a pile of perfectly seasoned potatoes. Getting here is half the fun; during the day you can ski to the door on an easy slope, while at night you hike across the snow. The twinkling lights on the edge of the gently sloped roof add a bit of evening magic. 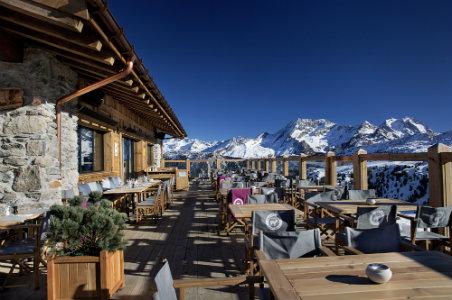 An amazing view of Mont Blanc is yours at the Cave des Creux, opened in December 2013 by a couple of ski instructors on top of what was once a shelter for shepherds and their flocks. (You can still see some of the old cheese cellar and its equipment on the lower level.) On sunny days, the wraparound deck is packed elbow-to-elbow, even when temperatures drop below freezing. It's hard to resist the stone-trimmed dining room, where huge iron beams, industrial lighting, and a sleek fireplace give the place a modern feel. The menu is also forward-thinking—consider the pumpkin soup with foie gras shavings as a starter, then move on to lamb chops with wild garlic. Organic wines from the region make it hard to say no to a glass or two before heading back to the slopes. 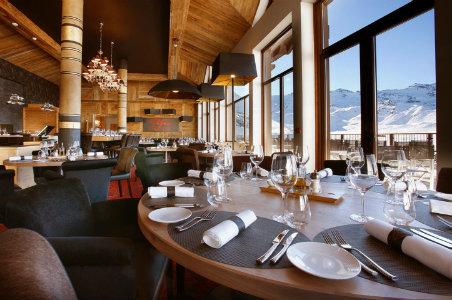 Sunlight floods in through the floor-to-ceiling windows of this upscale eatery in the newly opened Koh-I Nor Hotel, which offers views over the rooftops and across the valley. Held aloft by two columns trimmed in black and gold, La Brasserie de Luxe combines old-fashioned club chairs and streamlined lighting fixtures to create a timeless look. Chef Yoann Conte—who won two Michelin stars at his former restaurant—focuses on local foods flavored with aromatic herbs and spices. The menu changes frequently, but one recent standout starter consisted of tiny towers of beef tartare, quail eggs, and an herb sauce (you eat them together in one heaping spoonful), followed by a bowl of perfectly prepared pig’s cheeks. 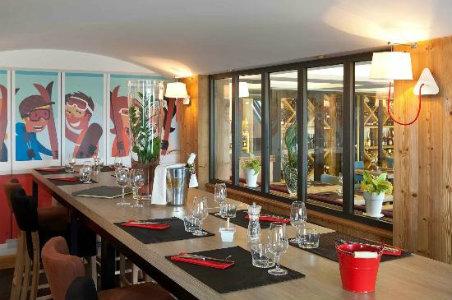 Done up in delectable shades of red and orange, the hip Le Bistrot de l'Orée sits right across from the main slope that runs through the resort of Méribel. On a recent afternoon, a survey of the dining room revealed that nearly everyone in the well-dressed crowd had tottered in wearing their ski boots. On the lower level of the Hôtel L'Orée du Bois, this eatery is truly a family affair: The grandson of the hotel’s original owner runs the kitchen, turning out modern takes on classics like cream of eggplant soup and veal chops flavored with brandy. Don’t miss the baked tartiflette, a combination of potatoes, bacon, onions, and a local cheese called reblochen.

Don't be fooled by the milky-white paint peeling from the rafters, the exposed zinc pipes, or the green tiles that look like they've been here for centuries—La Fruitièreisn't really an old dairy, as the name suggests, but a newly built eatery that draws on the region's most hallowed traditions. Remarkably efficient waiters clad in blue coveralls strongly suggest regional specialties like the chestnut soup (which they serve with a flourish) or the breast of veal accompanied by endive and house-cured ham. La Fruitière is located on one of the mountain's more manageable slopes, so getting here is no trouble. And you might not want to leave, as next door is the local branch of the famous après-ski hangout La Folie Douce.