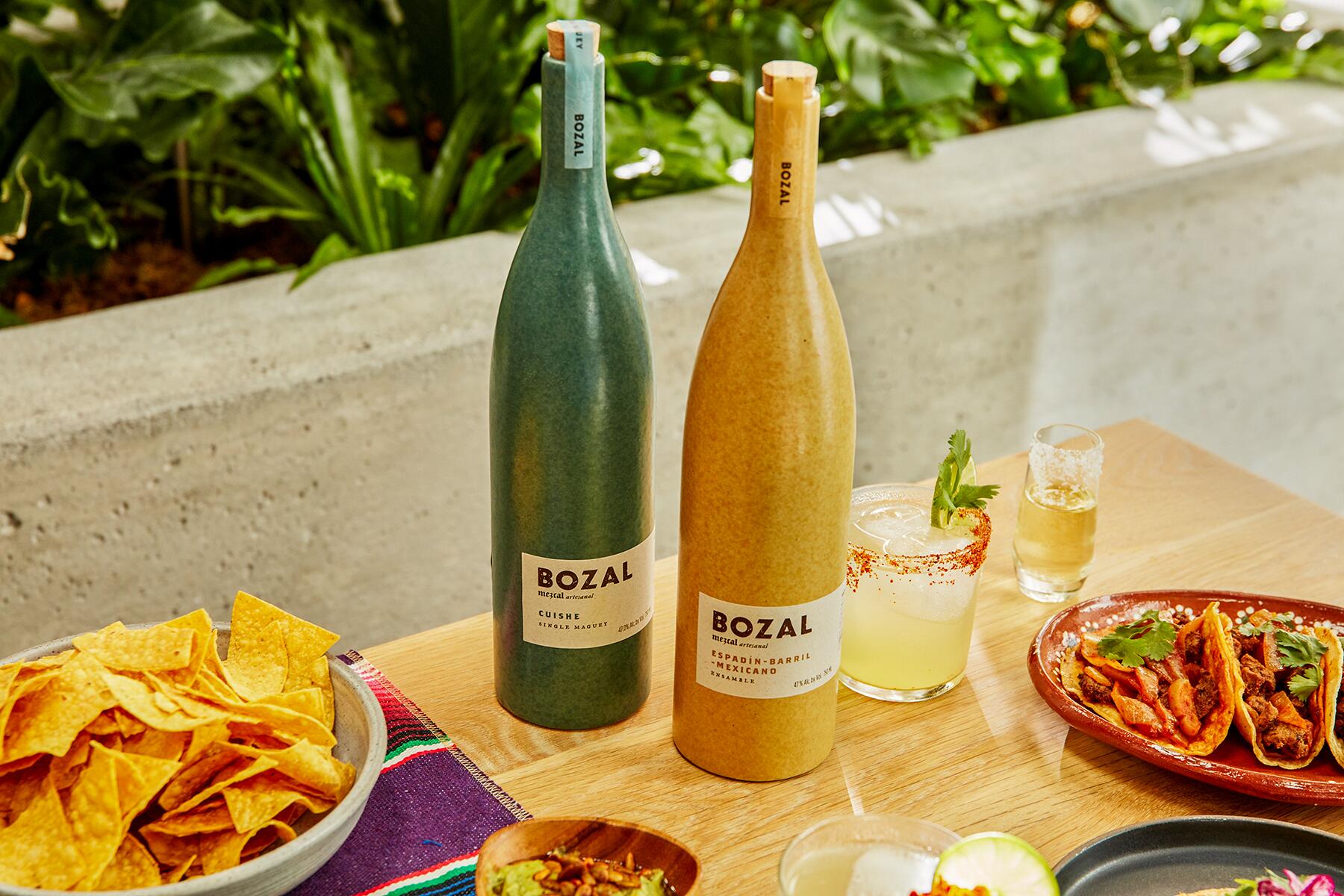 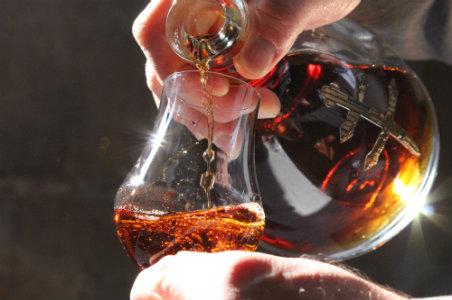 Anyone planning a trip to France to sip wine at its source has a tough decision: Bordeaux or Burgundy? The Loire or the Rhone? But if it’s Cognac you crave—along with lessons in how the king of brandies is blended and barrel-aged—there’s just one place to go: Cognac.

Located on the Charente River in southwest France, just above Bordeaux, Cognac has a venerable beauty that is earthy and unpretentious. The city welcomes both connoisseurs and novices to the home of this complex caramel-to-mahogany-hued spirit, where the grapes are double-distilled into eaux-de-vie and then blended and aged in French oak. Here’s a guide to five Cognac houses, each set on historic estates and offering tastings and tours (April to October) designed to elevate your appreciation of this fine brandy. 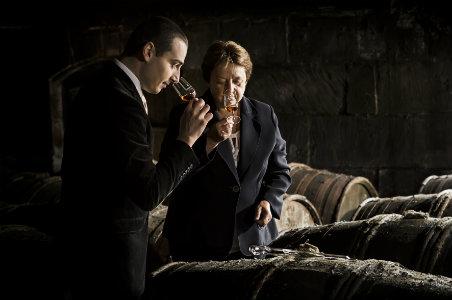 Established in 1724, Rémy Martin offers 10 Cognacs, the most exclusive of which is Louis XIII, created from 1,200 eaux-de-vie, aged 100 years, bottled in a signature fleur-de-lis decanter, and priced at $2,700.

Experience: To get a feel for this revered producer’s history and methodology, book a two-hour “In the Heart of the House” tasting that includes a tour of vintage stills and aging cellars, and concludes with a tasting and appetizers ($40 per person).

Indulge: To splurge, opt for the 10-hour “Louis XIII Experience” for breakfast in the vineyards, insights into methodology and aging, lunch by the distillery’s fireplace, and a gastronomic dinner at private Estate Le Grollet—plus a taste of each Rémy Martin Cognac, concluding with a ceremonial experience of Louis XIII in souvenir crystal glasses ($1,640 per person).

Don’t Miss: If you’re lucky, you may cross paths with Pierrette Trichet, the first female Cellar Master at a major Cognac house. 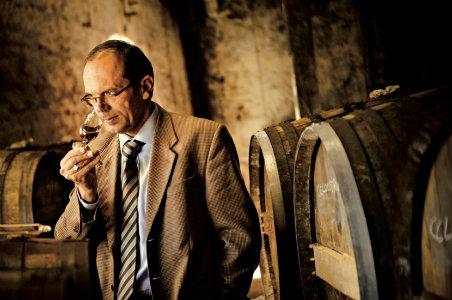 Located in neighboring Jarnac, the 19th-century Chateau Courvoisier is set on the banks of the Charente and imbued with three centuries of history. The house dates to 1843, and its 13 product lines include Gold and Rosé, which blend Cognac with Moscato and red wine.

Experience: To understand Courvoisier's history (and its association with Napoleon Bonaparte), book “A Family Tradition” tour, which runs for more than two hours. You’ll sample the VSOP Exclusif and Napoleon marquee Cognacs, tour the museum, and enjoy the unique “Le Nez de Courvoisier” sensory experience, followed by a dessert selection and a sampling of XO Imperial ($69 per person).

Indulge: With a seven-hour “From Grape to Glass” tour, you’ll visit the vineyards, distillery, and cooperage, have lunch at Chateau Courvoisier with tastings of VSOP Exclusif and Napoleon, and enjoy the “Le Nez de Courvoisier” sensory experience, followed by a visit to the subterranean Paradis cellar (where the most exclusive Cognacs—some dating back to Napoleon—are aged) to taste Initiale Extra ($340 per person).

Don’t Miss: The Napoleon exhibit in the museum, where you can see some of his personal effects, including one of his famous hats and a lock of his hair. 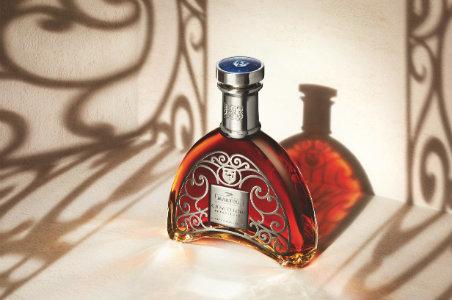 This is the oldest of the great houses—Jean Martell began making cognac in 1715. Martell’s signature Cognac since 1912, Cordon Bleu, is made with 40–45 percent eau-de-vie from grapes grown in the chalky-soiled Borderies area and then aged in fine-grain oak. Martell Cognac was served on the inaugural voyage of the Queen Mary in 1936 and at the wedding of Grace Kelly to Prince Rainier of Monaco in 1956.

Experience: Tours take visitors though the distillery, aging cellars, blending hall, and museum, and end with a tasting of one of six Cognacs (from $10–$30 per person).

Indulge: Opt for Chanteloup Perspective, aged for up to 50 years in a secluded cellar on the Martell family estate, Chateau de Chanteloup, and bottled in a distinctive crystal decanter inspired by the gates that guard it ($415).

Don’t Miss: The Founder’s House, Jean Martell’s home, dating to 1750 and still filled with his furnishings and belongings. 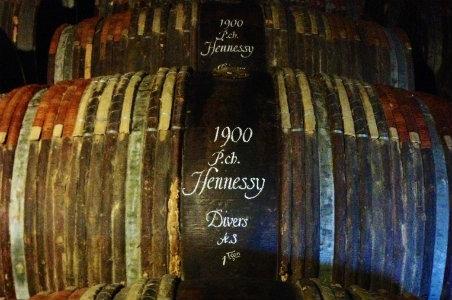 There’s a world of history at this Cognac house founded in 1765 by Richard Hennessy, an Irish officer serving in the army of Louis XV. By 1817, the future King George IV of England had requested a “very special old pale” Cognac from Hennessy, thus creating the VSOP designation. In 1865, Hennessy came up with the XO (Extra Old) branding as well. Today, Hennessy offers eight distinct Cognacs and commands 43 percent of the global market.

Experience: On a “Discovery” tour, you’ll cross the Charente in a boat to visit the distillery and select aging cellars (there are 50 in total on the sprawling estate) and sample two Cognacs—the VS (Very Special) and the Fin de Cognac—back at the main building ($15 per person).

Don’t Miss: Have a look in the Hennessy shop for the ultimate splurge: A bottle of Richard Hennessy, aged 40–200 years, is priced at $3,500. 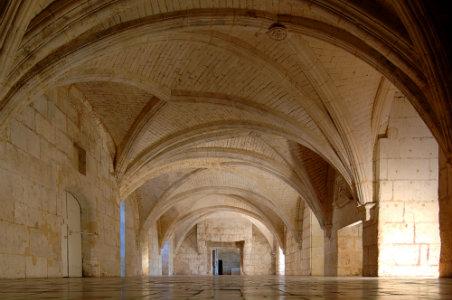 This newcomer to the VSOP market (owned by Bacardi and blended from the stock of Baron Otard, founded in 1795) is described as a “bold new expression of Cognac.” But the place you’ll sample it—the imposing and atmospheric Chateau de Cognac, birthplace of King Francois I—is more than 500 years old and the D’USSE symbol is the Cross of Lorraine, which dates to the Middle Ages.

Experience: D’USSE’s VSOP ($44.99 per bottle) can be tasted or purchased during a one-hour tour of Chateau de Cognac via Baron Otard. The tour includes the castle’s historic rooms, as well as its dungeon-like aging cellars with cobwebs galore, and the vibrant Baron Otard Museum ($14 per person).

Indulge: Opt for the Baron Otard Extra 1795, which offers a rich and complex aromatic blend of dried fruit, orange peel, and cigar box, and sells for about $550 a bottle. 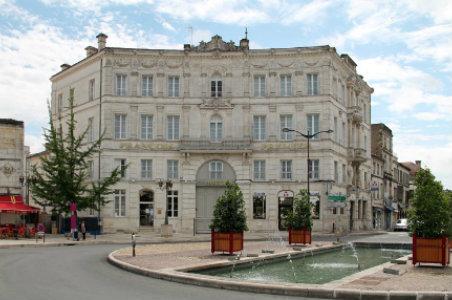 Located in the center of Cognac in a building dating to 1861, the 25-room Hotel Francois Premier was completely renovated in 2012 and now features sleek contemporary décor (the Deluxe Suites are spacious with separate tub and shower) as well as a hammam spa and a swimming pool (from $219/night).