The best advice on driving in London is this: don't. London's streets are a winding mass of chaos, made worse by one-way roads. Parking is also restrictive and expensive, and traffic is tediously slow at most times of the day; during rush hours (8–9:30 am and 4:30–6:30 pm) it often grinds to a standstill, particularly on Friday, when everyone wants to leave town. Avoid city-center shopping areas, including the roads feeding Oxford Street, Kensington, and Knightsbridge. Other main roads into the city center are also busy, such as King's Cross and Euston in the north. Watch out also for cyclists and motorcycle couriers, who weave between cars and pedestrians that seem to come out of nowhere, and you may get a heavy fine for straying into a bus lane during its operating hours—check the signs.

If you are staying in London for the duration of your trip, there's virtually no reason to rent a car, because the city and its suburbs are widely covered by public transportation. However, you may want a car for day trips to castles or stately homes out in the countryside. Consider renting your car in a medium-size town in the area where you'll be traveling, and then journeying there by train and picking up the car once you arrive. Rental rates are generally reasonable, and insurance costs are lower than in comparable U.S. cities. Rates generally begin at £20 per day for a small economy car (such as a subcompact General Motors Vauxhall Corsa, or Renault Clio), usually with manual transmission. Air-conditioning and unlimited mileage generally come with the larger-size automatic cars.

In London your U.S. driver's license is acceptable (as long as you are over 23 years old, with no driving convictions). If you have a driver's license from a country other than the United States, it may not be recognized in the United Kingdom. An International Driver's Permit is a good idea no matter what; it's available from the American or Canadian Automobile Association (AAA and CAA, respectively) and, in the United Kingdom, from the Automobile Association (AA) or Royal Automobile Club (RAC). International permits are universally recognized, and having one may save you a problem with the local authorities.

Remember that Britain drives on the left, and the rest of Europe on the right. Therefore, if you cross the Channel into Britain in a right-side rental, you may want to leave it there and pick up a left-side rental.

Designed to reduce traffic through central London, a congestion charge has been instituted. Vehicles (with some exemptions) entering central London on weekdays 7 am–6 pm (excluding public holidays) have to pay £11.50 per day; it can be paid up to 90 days in advance, or on the day of travel, or on the following "charging day," when the fee goes up to £14. Day-, month-, and yearlong passes are available on the Congestion Charging page of the Transport for London website, at gas stations, parking lots (car parks), by mail, by phone, and by SMS text message. Traffic signs designate the entrance to congestion areas, and cameras read car license plates and send the information to a database. Drivers who don't pay the congestion charge by midnight of the next charging day following the day of driving are penalized £160, which is reduced to £80 if paid within 14 days. On top of the congestion charge, the entire Greater London area has been designated a Low Emissions Zone which means that all older and pollution-heavy vehicles will be levied with an extra daily charge of £12.50. However, this will almost certainly not apply to rented cars (which tend to be newer and therefore greener), but it's smart to check with the rental company first.

Gasoline (petrol) is sold in liters and is expensive (at this writing about £1.30 per liter—around $5.90 per gallon). Unleaded petrol, denoted by green pump lines, is predominant. Premium and Super Premium are the two varieties, and most cars run on regular Premium. Supermarket pumps usually offer the best value. You won't find many service stations in the center of town; these are generally on main, multilane trunk roads away from the city center. Service is self-serve, except in small villages, where gas stations are likely to be closed on Sunday and late evening. Most stations accept major credit cards.

During the day—and probably at all times—it's safest to believe that you can park nowhere except at a meter, in a pay-and-display bay, or in a garage; otherwise, you run the risk of an expensive ticket, plus possibly even more expensive clamping and towing fees (some boroughs are clamp-free). Restrictions are indicated by the "No Waiting" parking signpost on the sidewalk (these restrictions vary from street to street), and restricted areas include single yellow lines or double yellow lines, and Residents' Parking bays. Parking at a bus stop is prohibited, and parking in bus lanes is restricted. On Red Routes, indicated by red lines, you are not allowed to park or even stop. It's illegal to park on the sidewalk, across entrances, or on white zigzag lines approaching a pedestrian crossing.

Meters have an insatiable hunger in the inner city—20p may buy you just three minutes—and many will permit only a maximum two-hour stay. Coin meters (which take 10p, 20p, 50p, £1, and £2 coins) are being phased out. Some meters take payment by credit card, but increasingly meters in central London are pay-and-display machines that require payment by cell phone. You will need to set up an account to do this (www.westminster.gov.uk). Meter parking is free after 6:30 or 8:30 in the evening, on Sunday, and on holidays; always check the sign. In the evening, after restrictions end, meter bays are free. After meters are free, you also can park on single yellow lines—but not double yellow lines. In the daytime, take advantage of the many NCP parking lots in the center of town (from about £8 per hour, but cheaper prices are available if booked in advance).

London is a mass of narrow, one-way roads and narrow, two-way streets no bigger than the one-way roads. The speed limit is either 20 or 30 mph—unless you see the large 40 mph signs found only in the suburbs. Speed bumps are sprinkled about with abandon in case you forget. Speed is strictly controlled and cameras, mounted on occasional lampposts, photograph speeders for ticketing.

Medium-size circular intersections are often designed as "roundabouts" (marked by signs in which three curved arrows form a circle). On these, cars travel left in a circle and incoming cars must yield to those already on their way around from the right. Make sure you're in the correct lane when approaching a roundabout—this will make leaving the roundabout at your desired exit easier. Stay in the left lane if you wish to go left, the middle lane for going straight ahead, and the right-hand lane for turning right. Signal when about to leave the roundabout.

Jaywalking is not illegal in London and everybody does it, despite the fact that striped crossings with blinking yellow lights mounted on poles at either end—called "zebra crossings"—give pedestrians the right-of-way to cross. Cars should treat zebra crossings like stop signs if a pedestrian is waiting to cross or already starting to cross. It's illegal to pass another vehicle at a zebra crossing. At other crossings (including intersections) pedestrians must yield to traffic, but they do have the right-of-way over traffic turning left at controlled crossings.

Traffic lights sometimes have arrows directing left or right turns; try to catch a glimpse of the road markings in time, and don't get into the turn lane if you mean to go straight ahead. Turning on a red light is not permitted. Signs at the beginning and end of designated bus lanes give the time restrictions for use (usually during peak hours); if you're caught driving on bus lanes during restricted hours, you will be fined. By law, seat belts must be worn in the front and back seats. Drunk-driving laws are strictly enforced, and it's safest to avoid alcohol altogether if you'll be driving. The legal limit is 80 milligrams of alcohol per 100 milliliters of blood, which roughly translated means two units of alcohol—two small glasses of wine, one pint of beer, or one glass of whiskey. 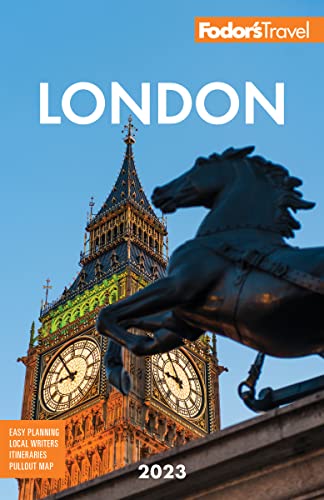