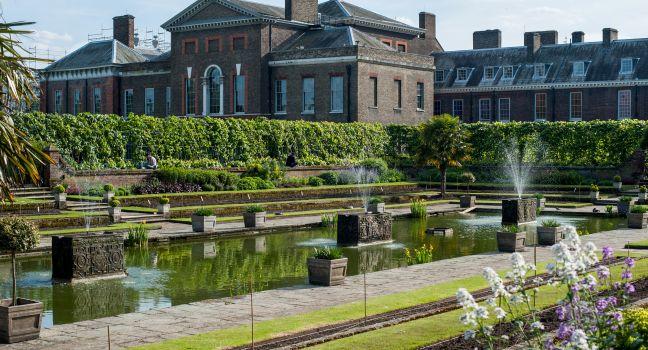 Laid out in 1689 by William III, who commissioned Sir Christopher Wren to build Kensington Palace, the gardens are a formal counterpart to neighboring Hyde Park. Just to the north of the palace itself is the Dutch-style Sunken Garden. Nearby, the 1912 bronze statue Peter Pan commemorates the boy in J. M. Barrie's story who lived on an island in the Serpentine and who never grew up. Kids will enjoy the magical Diana, Princess of Wales' Memorial Playground, whose design was also inspired by Barrie's book. The Elfin Oak is a 900-year-old tree trunk that was carved with scores of tiny elves, fairies, and other fanciful creations in the 1920s. The Italian Gardens, an ornamental water garden commissioned by Prince Albert in 1860, comprise several ornamental ponds and fountains (there's also a nice café on-site), while the Round Pond attracts model-boat enthusiasts.