Here are 11 historic vestiges of bygone eras—fascinating windows into London’s past—hidden right under your nose.

With so many big-ticket attractions for London’s 19 million annual visitors to absorb, it’s easy to miss some of the coolest details. That’s where we come in. Here are 11 historic vestiges of bygone eras—fascinating windows into London’s past—hidden right under your nose. 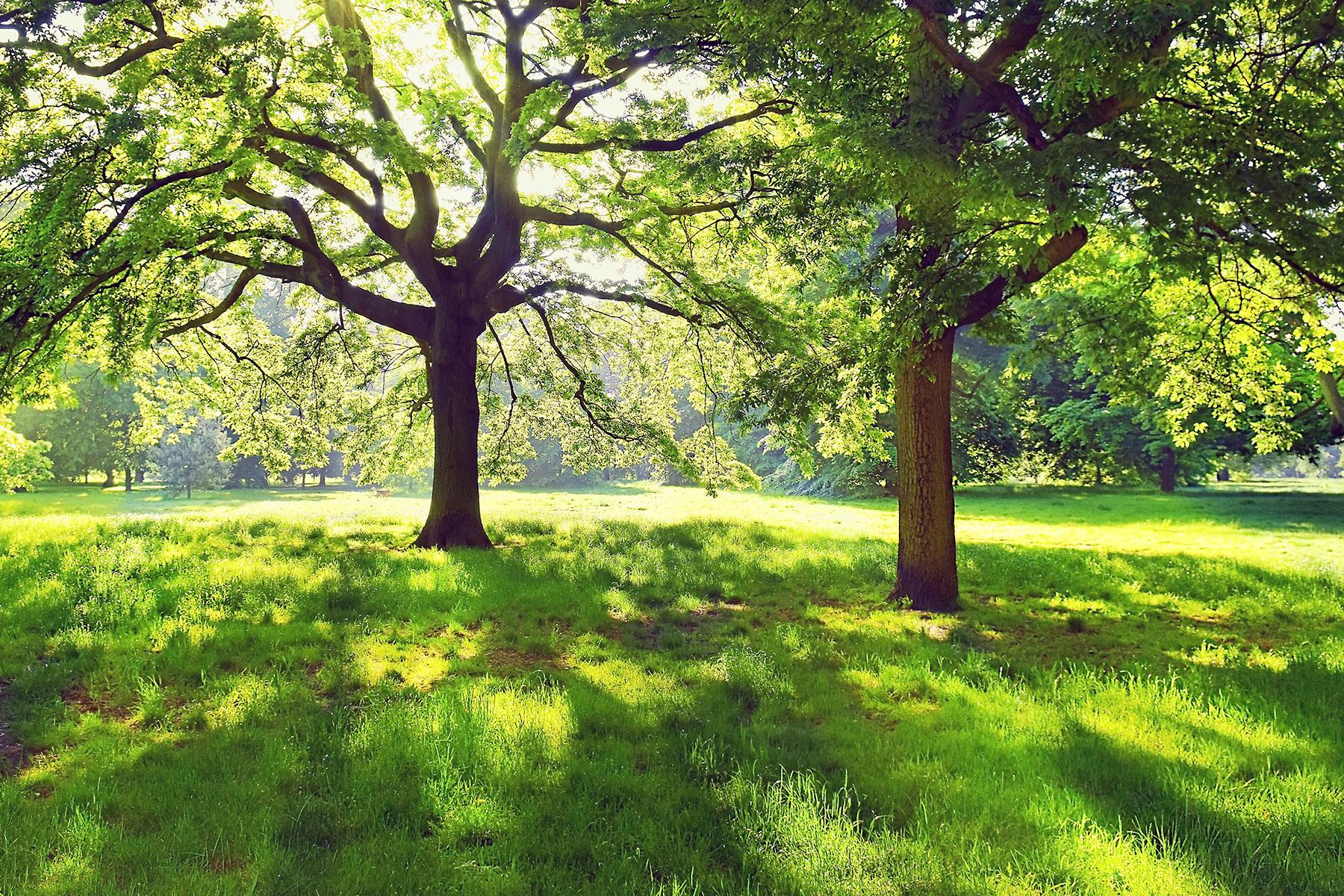 Few of the throngs entering Hyde Park’s north side via Victoria Gate know there’s a late 19th-century pet cemetery tucked right behind the old brick gatekeeper’s cottage (on the right as you enter the park). Some 300 beloved animals were buried here from 1881 to 1903—craning necks offer a glimpse or two of the diminutive pet gravestones that still pepper the small garden. 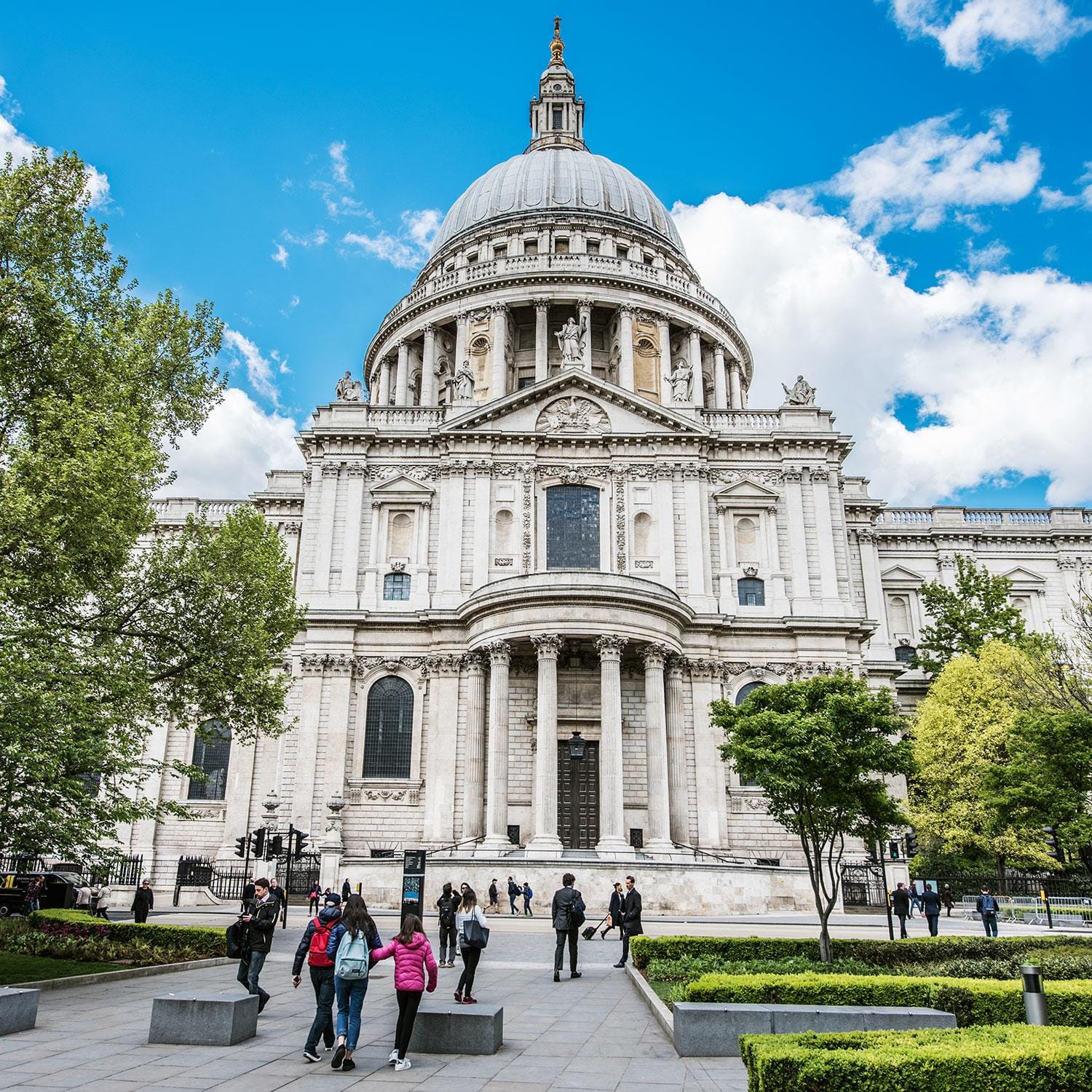 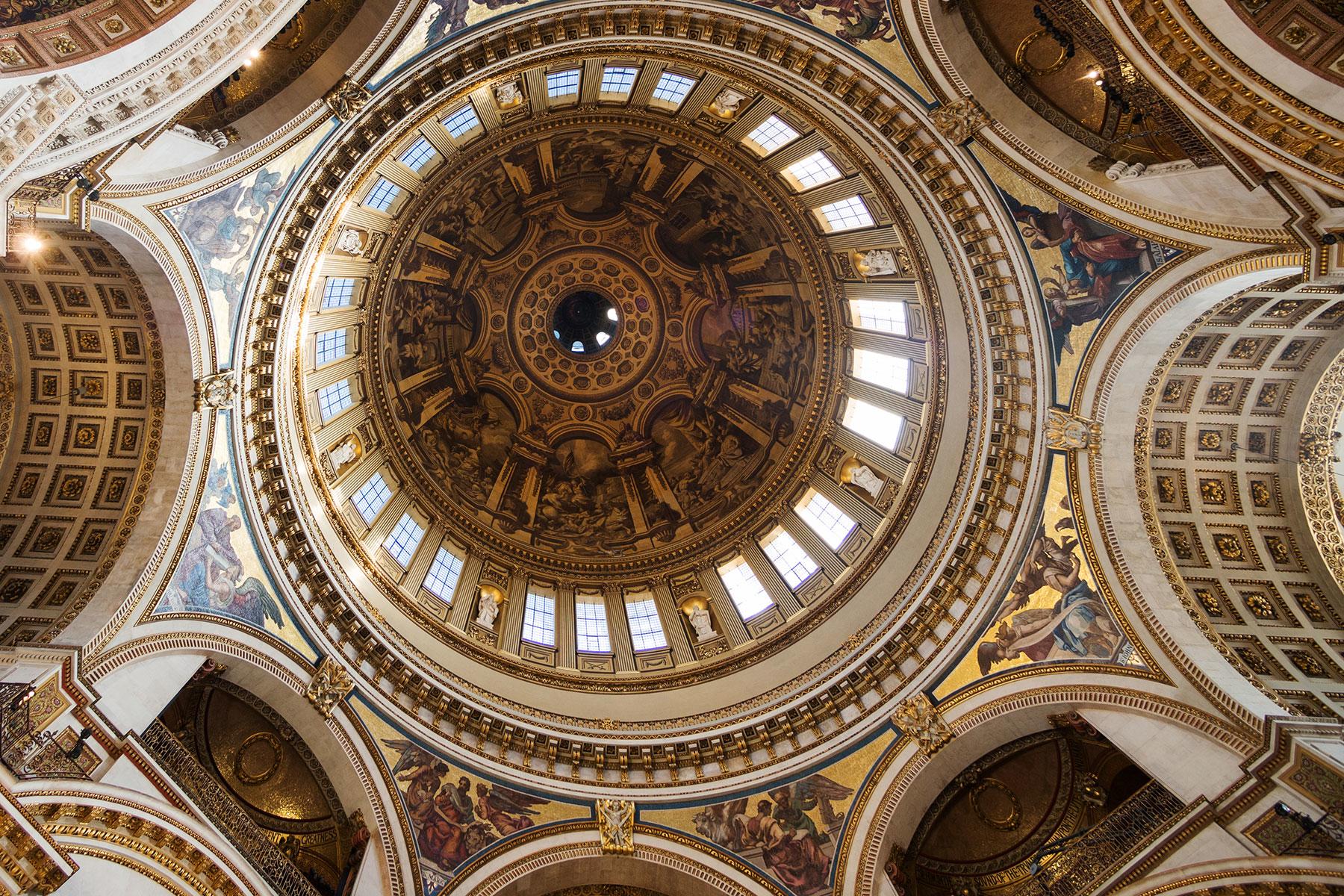 PHOTO: Chlodvig | Dreamstime.com
Previous Next
2 OF 11

In the 1920s, the massive dome of St. Paul’s Cathedral was in serious danger of collapsing and was structurally reinforced. A small measuring “X” was etched into the circular brass roundel that lies directly under the central point of the dome from which a plumb bob was hung. The mark was used to determine the extent to which the building had shifted and helped guide the strengthening work. The roundel’s cross—and two holes for measuring wires that were chiseled at floor level into nearby columns—can still be seen. The reinforcement is credited with saving the dome during the Blitz of WWII. 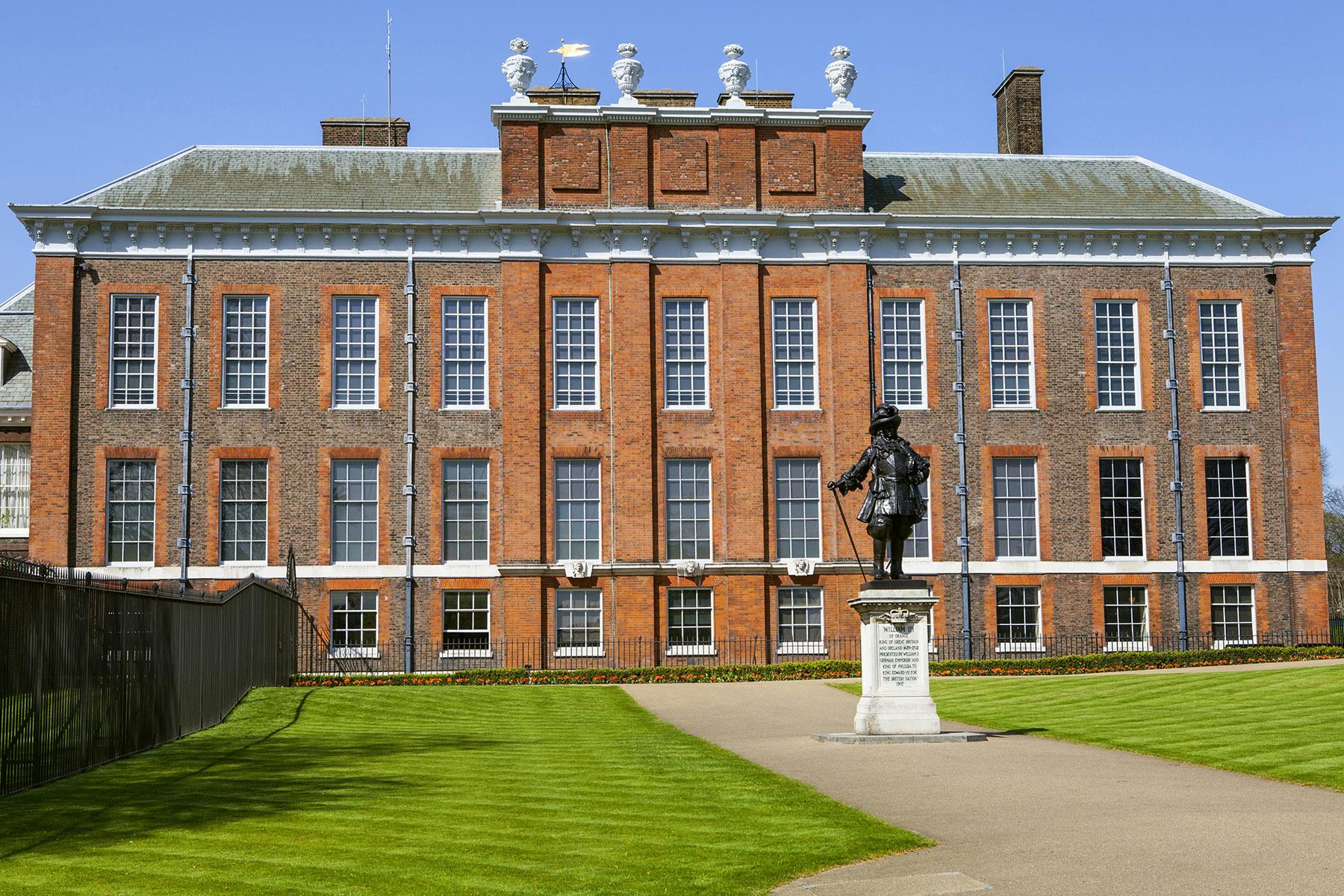 Police at Peace at Kensington Palace

Look up as your tour the upstairs state rooms of Kensington Palace currently housing the Diana fashion exhibit to see several puzzling signs posted on top of some of the doorframes (for example,“7 men” and “23 men”). The Great Exhibition of 1851 brought huge crowds to Hyde Park, and Kensington Palace was used as a dormitory for the extra police brought in to ensure the peace was kept. The untouched signs indicate how many policemen could sleep in each room. 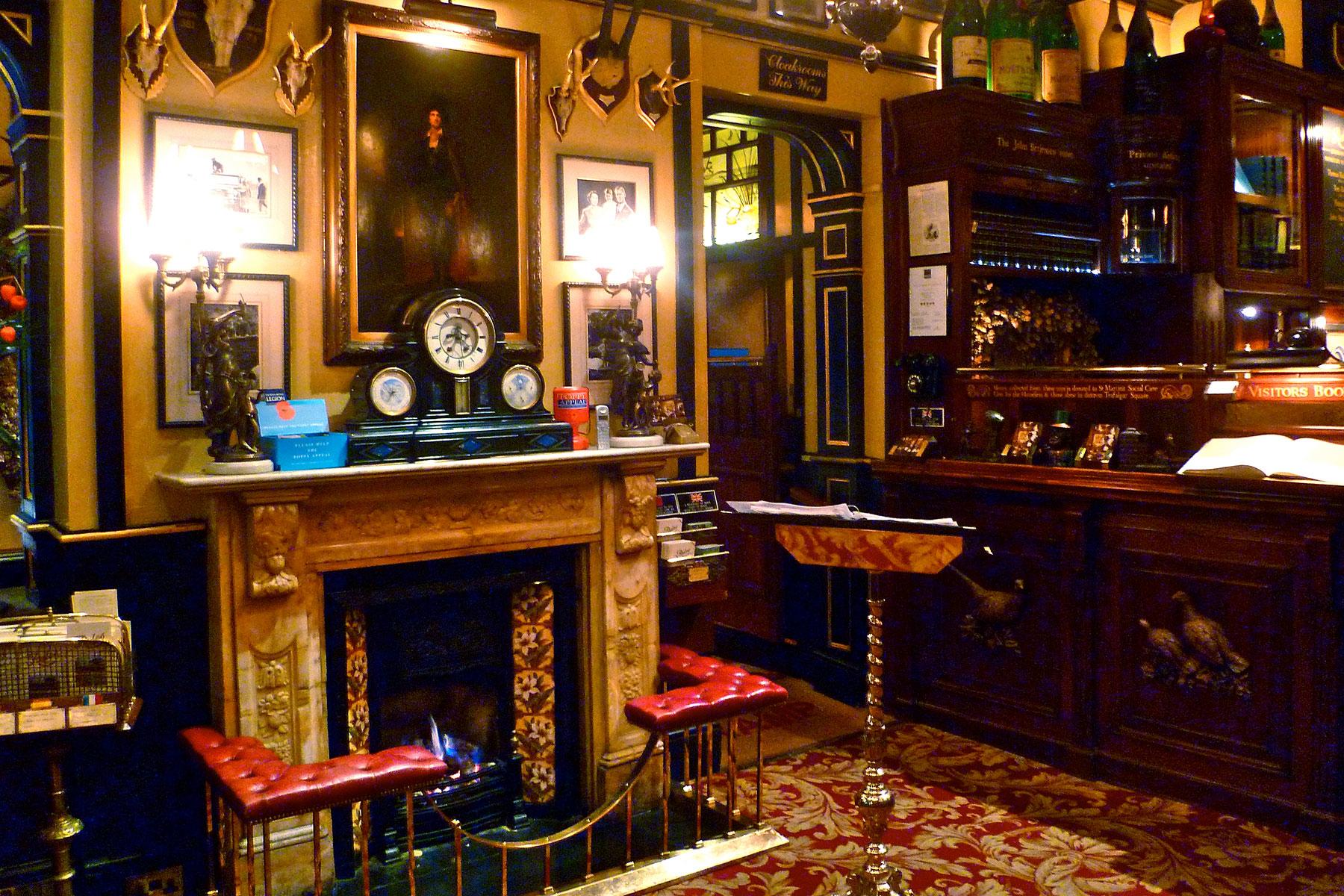 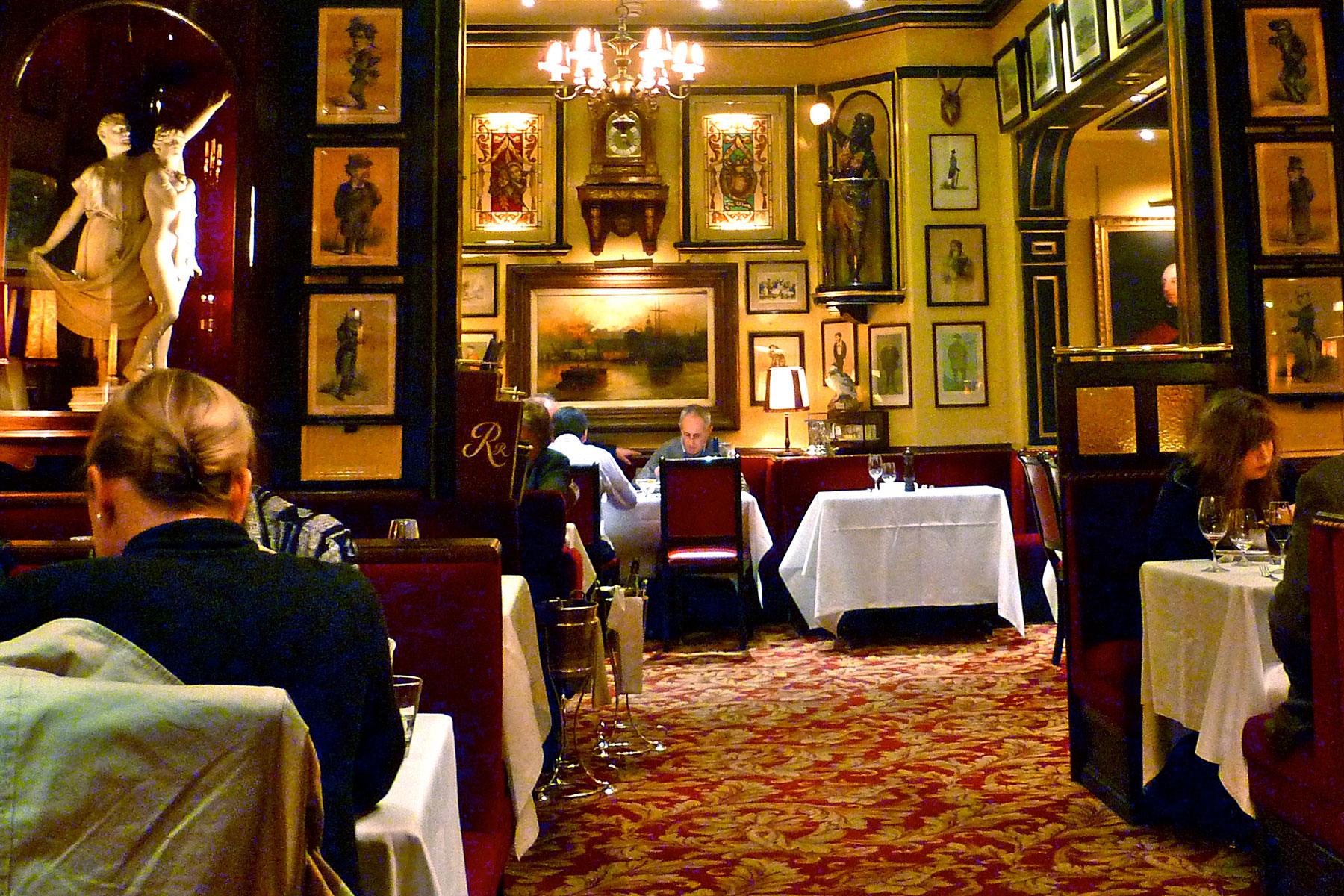 The Torrid Corridor of Rules Restaurant

Rules, one of London’s best-known restaurants, opened near Covent Garden in 1798 and holds the title of the city’s oldest eatery still in its original location. The 120,000 patrons who dine here annually can easily overlook a reminder of a bygone era’s royal tryst. One of high society’s worst kept secrets of the 1870s was the affair between Edward, Prince of Wales (later King Edward VII), and the world-famous actress and socialite Lily Langtry. Guests on Rules’ first-floor landing should look for the blocked door at the end of the hallway that now connects to the cocktail bar. Back in the day, the inconspicuous passageway led to a private meeting space where the (married) future king and his (married) mistress could whisper sweet nothings to one another. On the cocktail bar side today, a mural of Langtry adorns the wall. 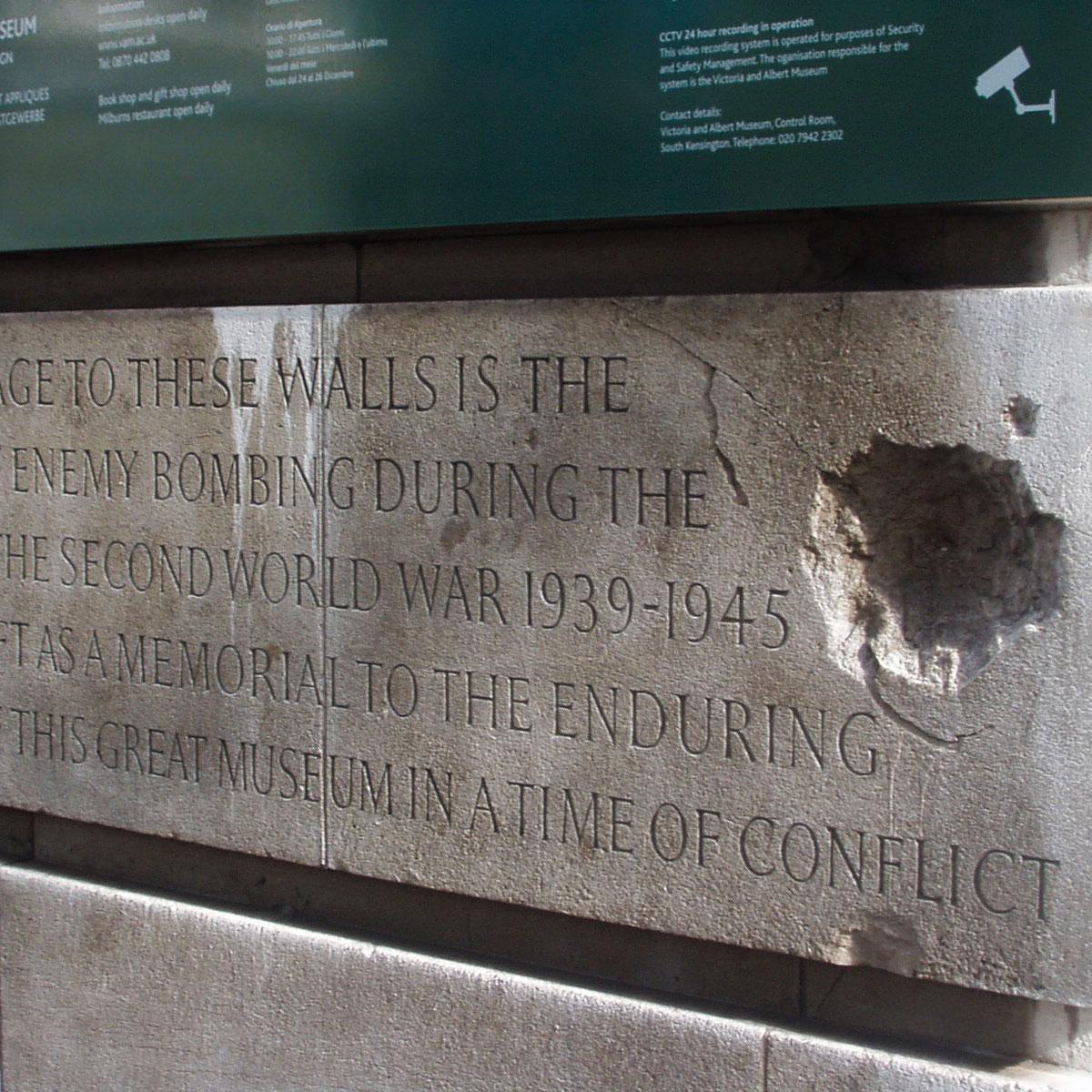 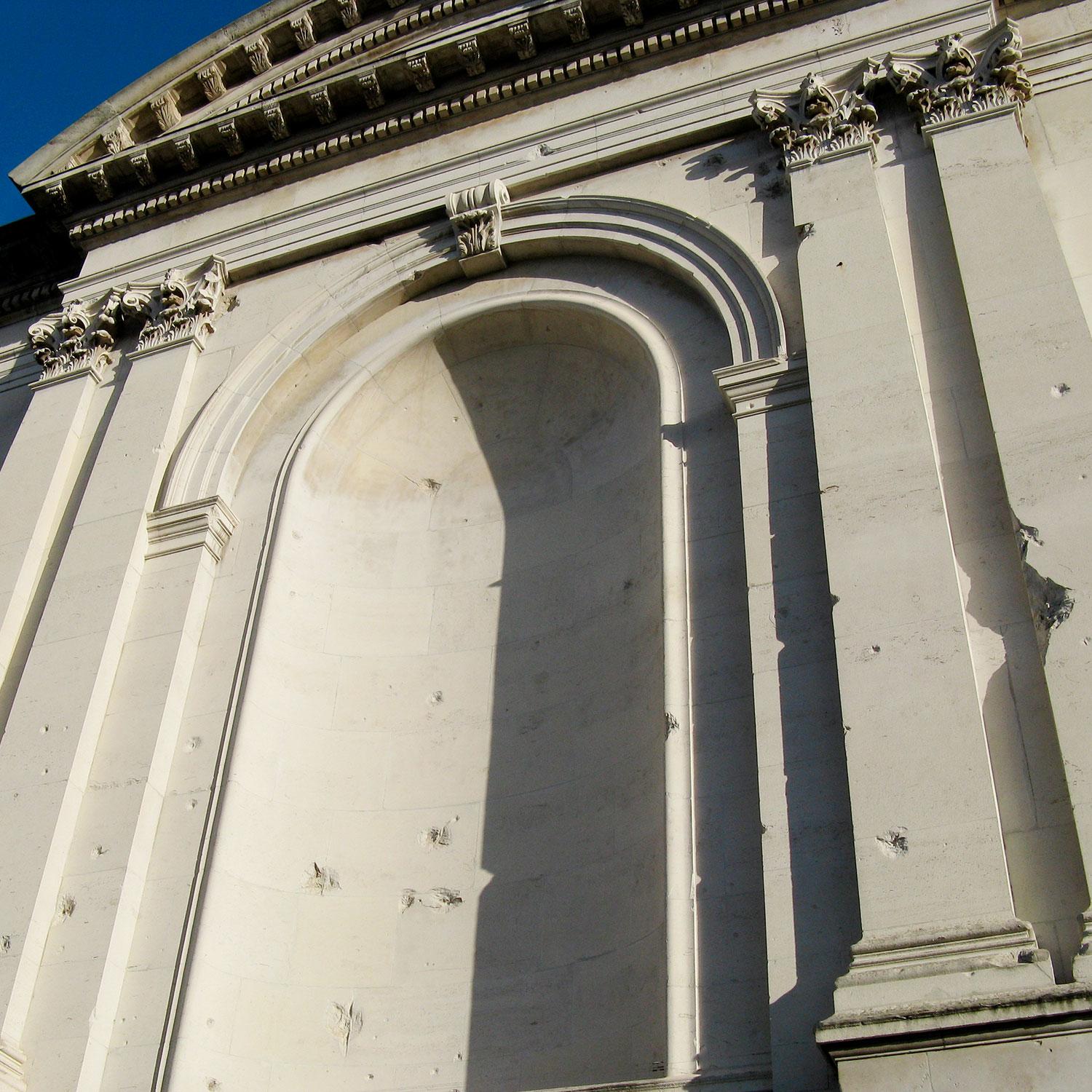 Bomb Bits from the Blitz

There’s still visible bomb damage from the Blitz of World War II on some of London’s most visited sites. The exteriors of Tate Britain (onto Atterbury Street), the Victoria & Albert Museum (on the Exhibition Road side), and Southwark Cathedral (facing Borough Market) all have extensive pockmarks from Nazi bombs. Meanwhile, the Christopher Wren–designed church of St. Dunstan-in-the-East (just north of busy Lower Thames Street) was mostly destroyed by German bombs, though the old tower and steeple remain intact. The ruined church nave was converted into a public garden in the 1970s and remains today a quiet oasis amid the nearby bustle. 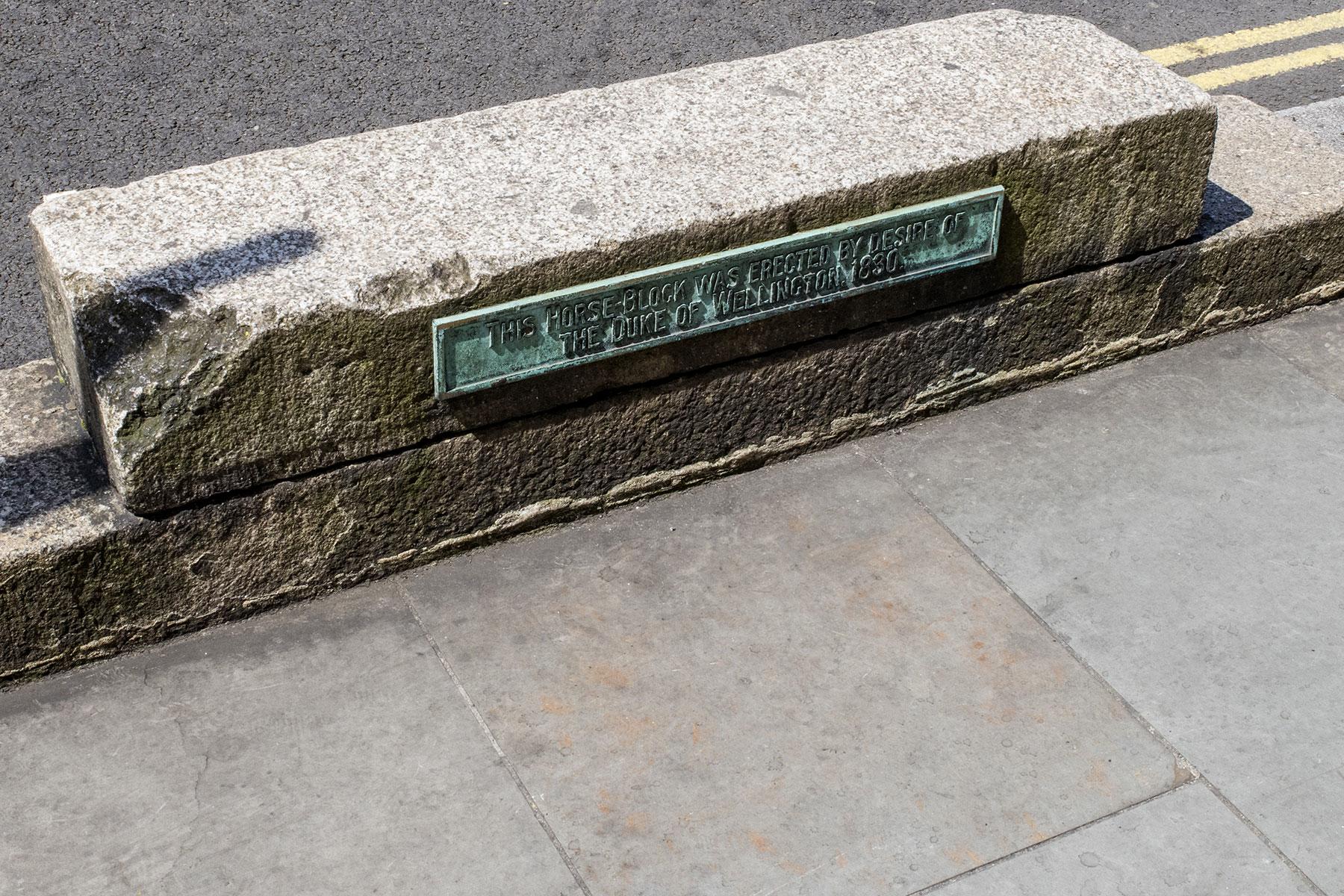 A Leg Up at Waterloo Place

Waterloo Place, just south of Pall Mall (the traditional home of some of the London’s most prestigious private clubs) retains two understated reminders of how people of substance made their way around town before the days of combustible engines. Look down on either side of the street to see two small horse blocks that allowed gentlemen of leisure (usually elderly men of leisure) a leg up as they mounted their steeds after a night at the club. The Duke of Wellington, hero of the 1815 Battle of Waterloo that finally defeated Napoleon, personally had the two horse blocks erected in 1830, which are modestly labeled accordingly. 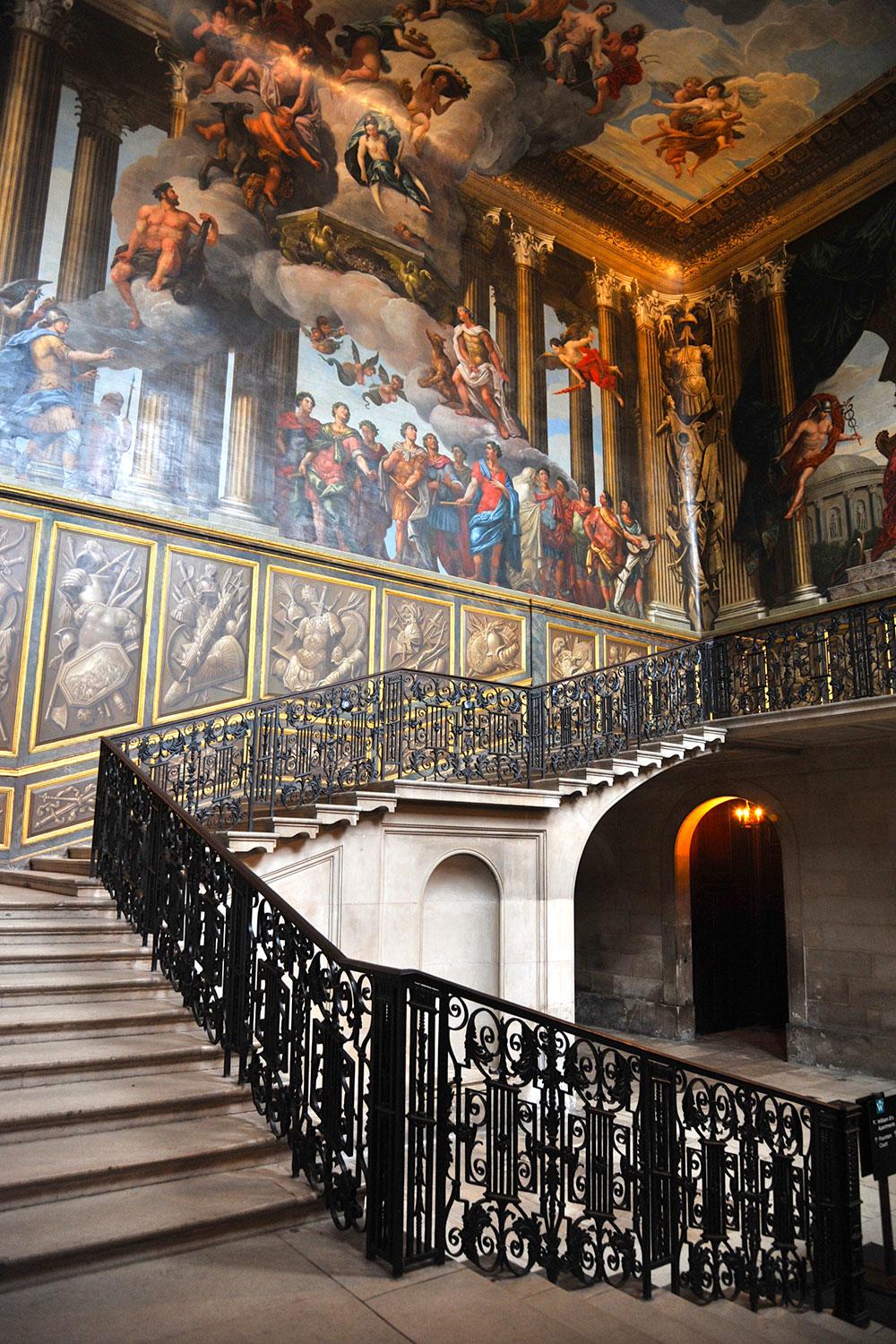 Subtle 18th-century graffiti adorns the stone stairway that leads to Hampton Court’s State Apartments of William III, as well as on the face of the nearby wooden door (directly behind you as you face the stairs). The latter bears an elaborately etched signature dated “1789.” Most of the graffiti was created by soldiers stationed at the palace between 1737, when King George II stopped using Hampton Court as a residence, and 1838, when Queen Victoria opened it to the public. 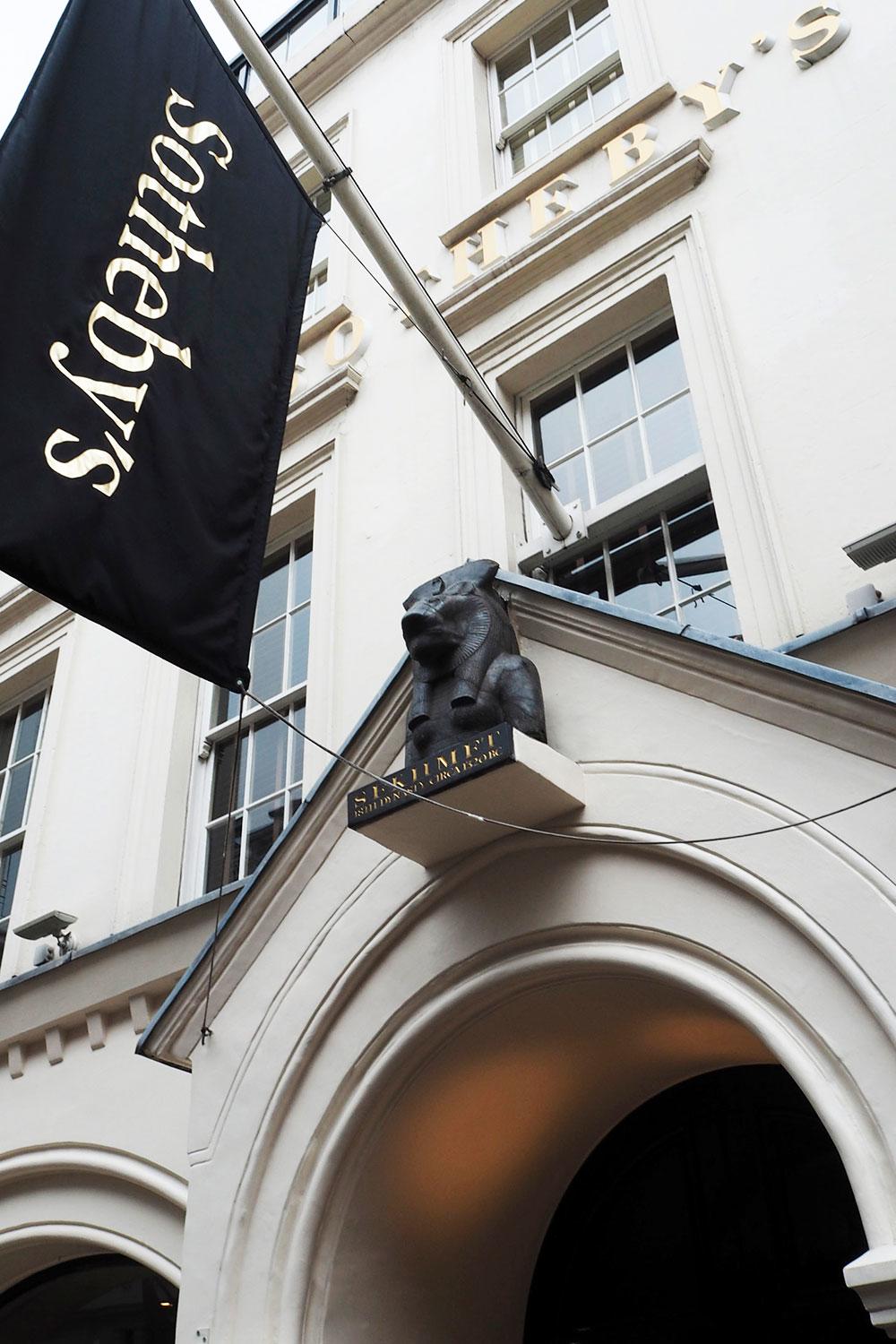 The Left-Behind Goddess at Sotheby's Mayfair

Tourists casually walking the streets of Mayfair can easily miss London’s oldest outdoor statue, a black bust of the Egyptian lion-goddess Sekhmet, circa 1320 B.C., that sits above the entrance to Sotheby’s at 34-35 New Bond Street. The 18th Egyptian dynasty basalt statue was sold by the auctioneers in the 1880s for 40 pounds but was never picked up by the buyer. The auction house placed it above their front door when they moved to their present digs in 1917, where it still waits for its rightful owner to come retrieve it. 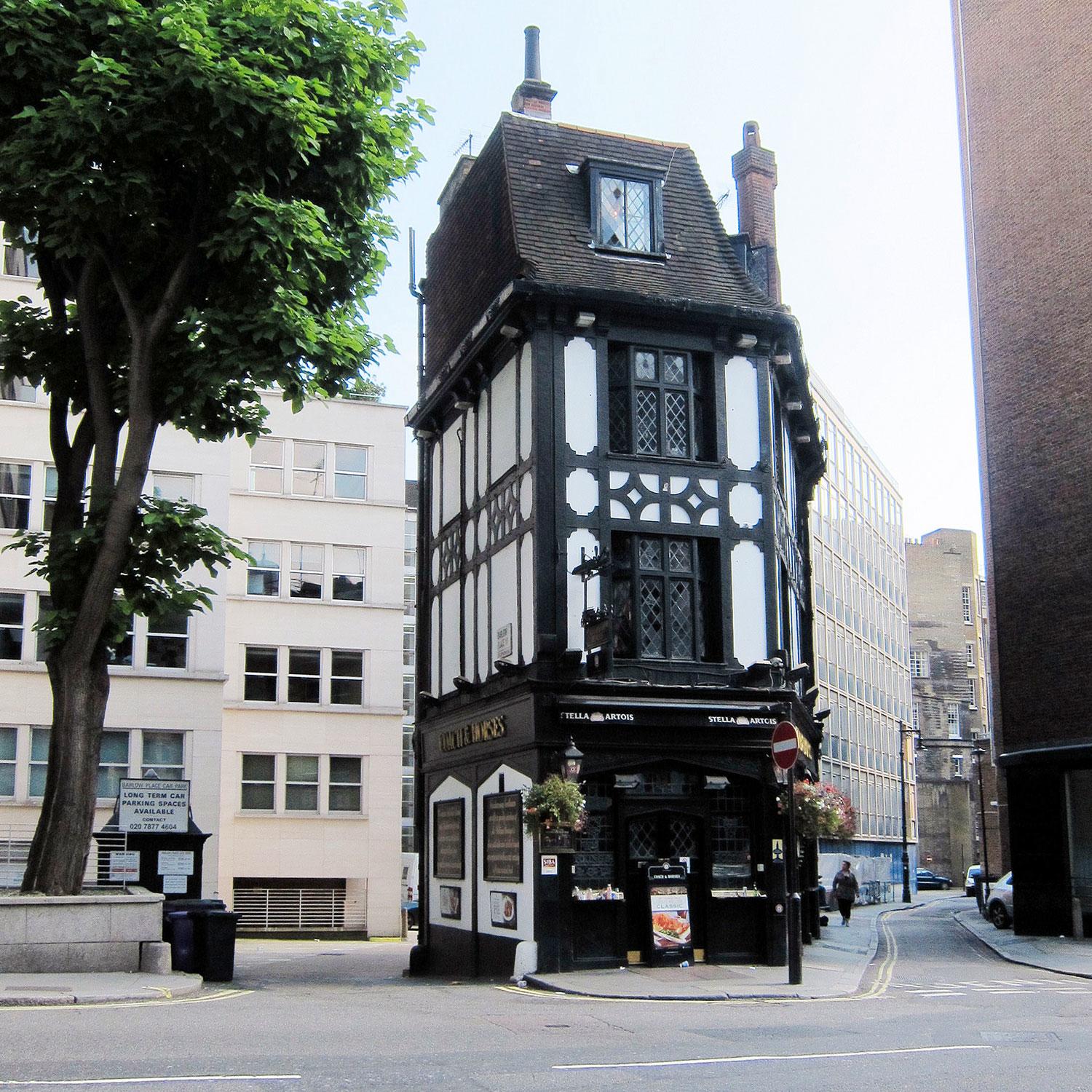 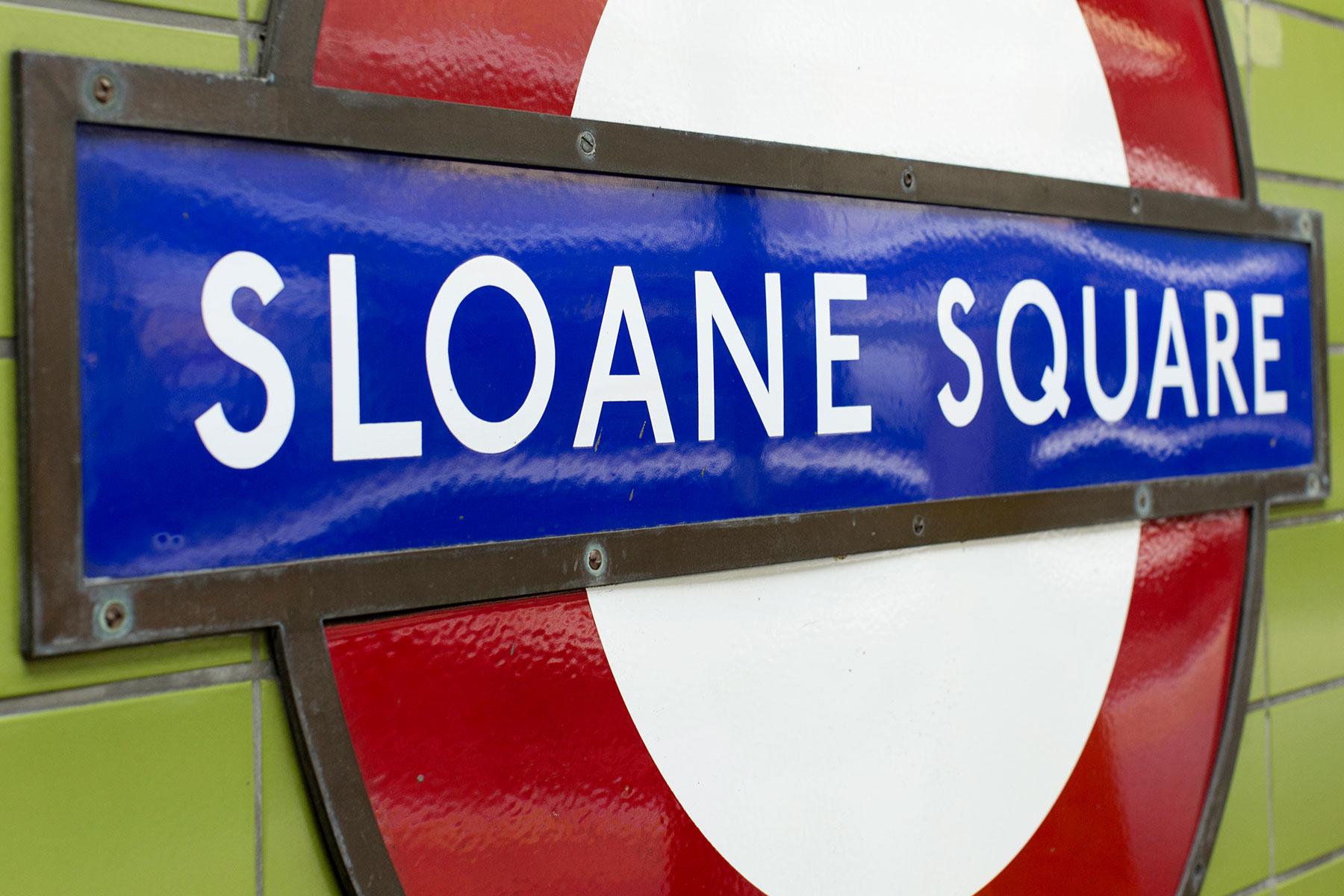 PHOTO: icsnaps/ Shutterstock
Previous Next
9 OF 11

Except for the Thames, most of the London’s natural riverways are long gone, or at least hidden from view—some dammed, some buried, and some channeled into the sewer system. However, a couple of remnants can still be spotted if you look up or down at the right spots:
–A vestige of the Fleet River, which once plied a course south from Hampstead to the Thames, can still be heard in Clerkenwell. Make your way to the intersection of Warner Street, Back Hill, and Ray Street and check out the street grating in front of The Coach pub. Keeping alert for cars zipping your way, you’ll clearly hear the sound of the old Fleet rushing underneath your feet.
–A bulky glimpse of the Westbourne River—once the water source for Hyde Park’s Serpentine Lake but now part of the sewer system—is visible at the Sloane Square tube station. The ex-river passes through a massive pipe that runs, somewhat incongruously, above and across the Underground train tracks and the passenger platforms. 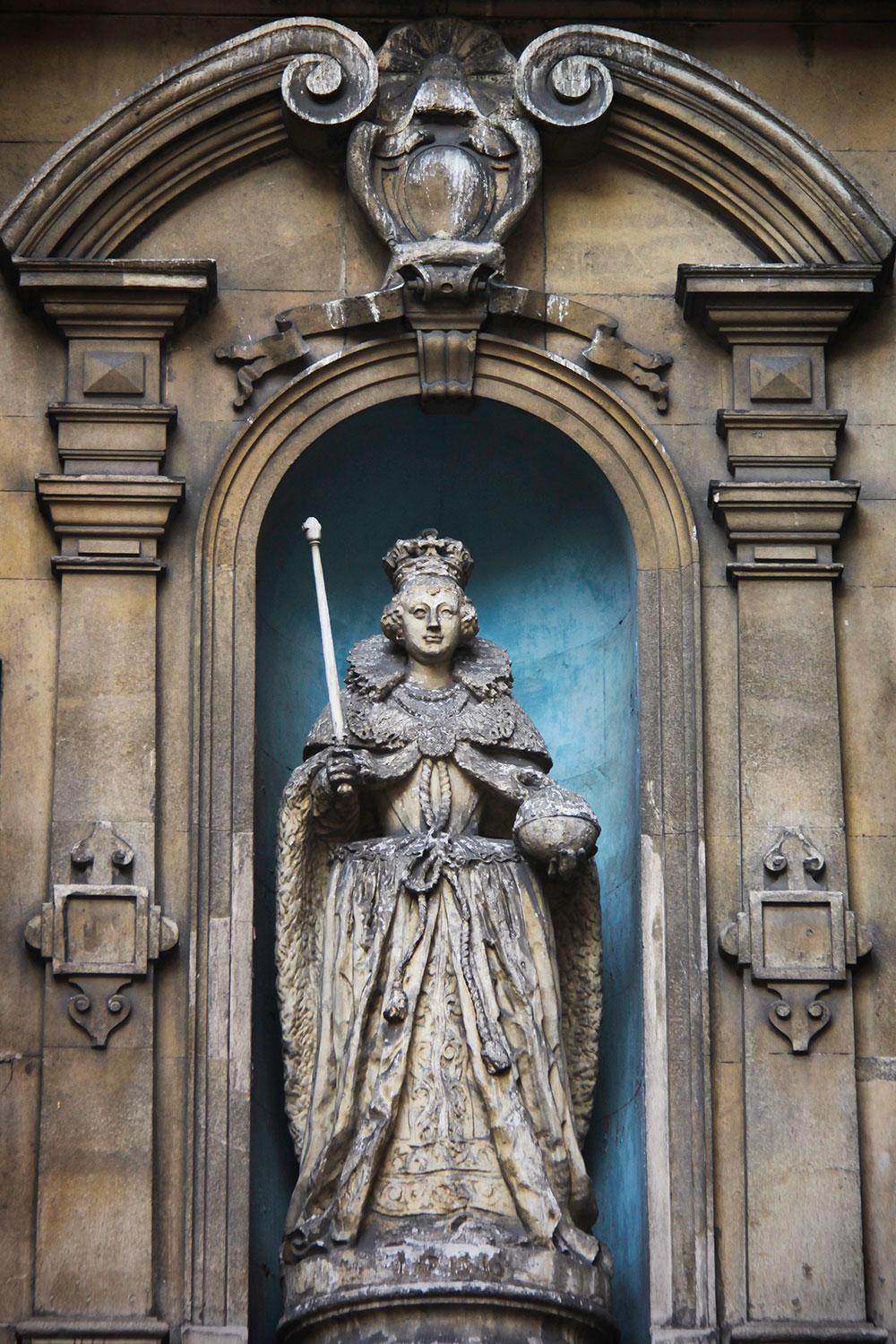 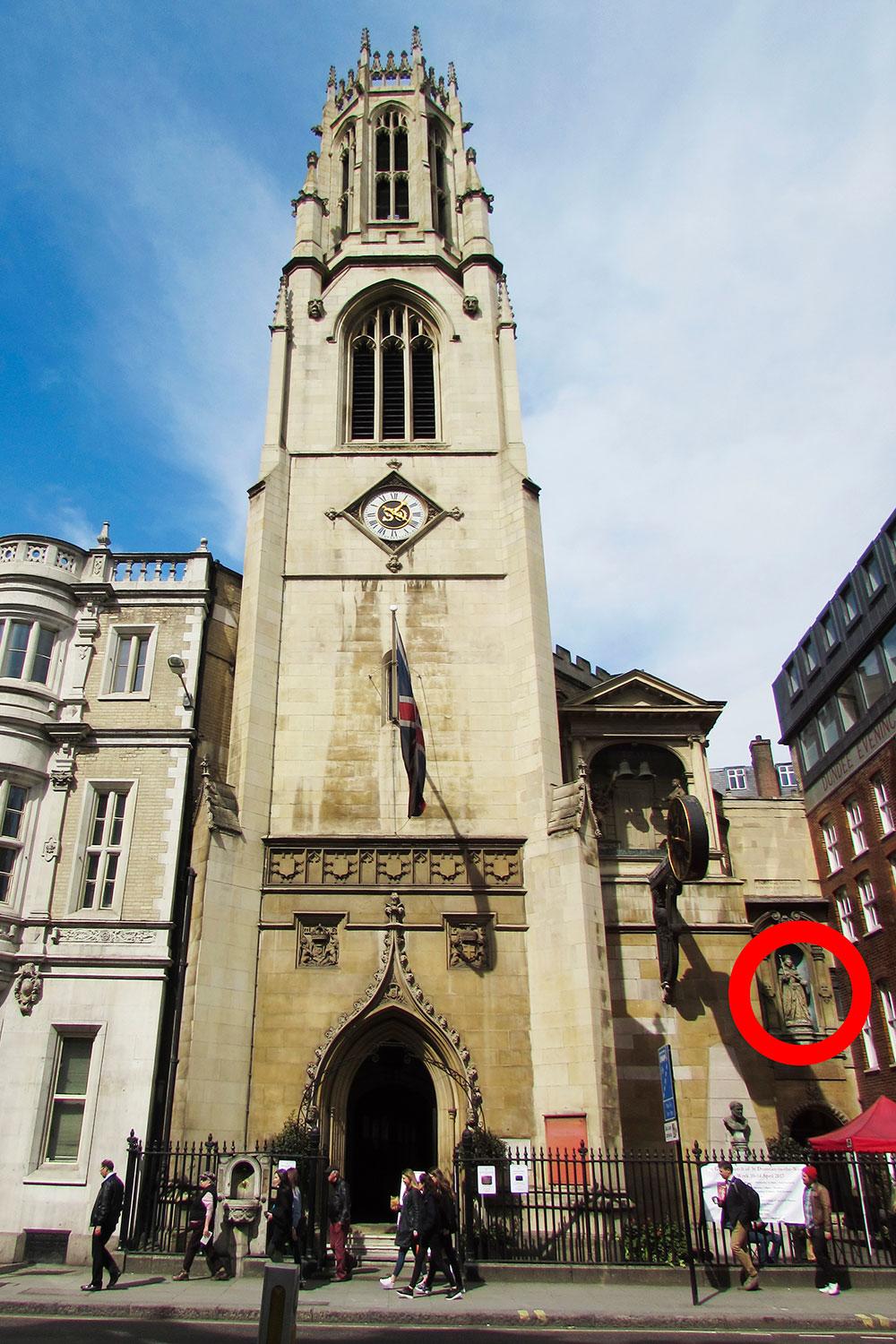 The Likeness of Elizabeth I

Veer off busy Fleet Street into the tiny exterior courtyard of the church of St. Dunstan-in-the-West. In a small, easy-to-miss vestibule several yards above your eye line stands the only surviving statue of Elizabeth the First commissioned during her lifetime, and therefore carved from life. 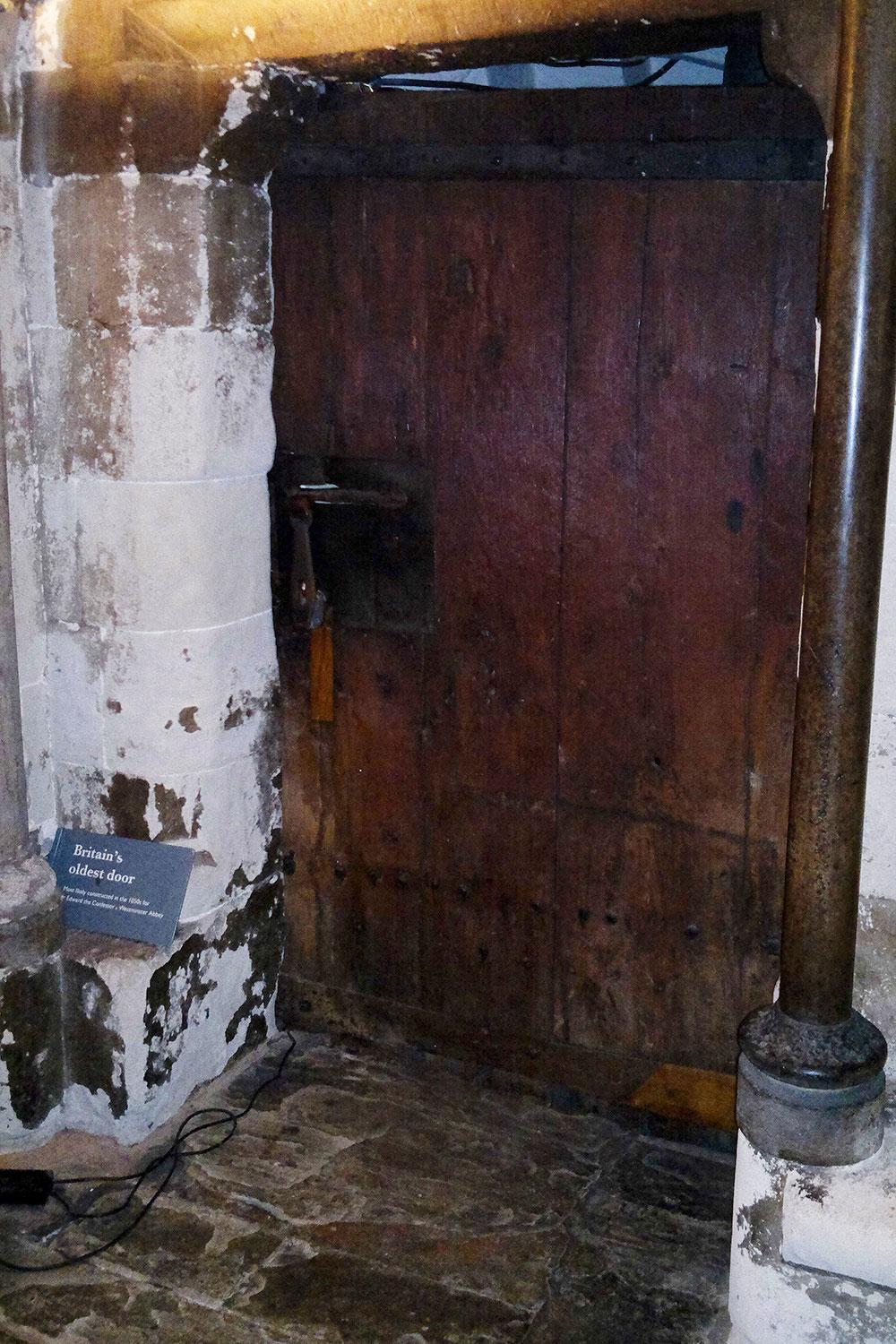 A Door to the Past in Westminster Abbey

Amid the magnificent tombs and chapels of Westminster Abbey is a vestige of its more humble Anglo-Saxon origin. In the vestibule, as you head into the Chapter House (slightly hidden off the outside cloister), you’ll see on your right a small, unassuming, rickety wooden door. This is the most ancient door in Britain, nearly a thousand years old, dating from around 1050.