5 Ways to Commemorate World War I in London

To mark the 100th anniversary of Britain's entry into World War I, the city of London and the surrounding countryside are hosting exhibitions, performances, tours, and ceremonies galore. Many of these have already been visited by members of the royal family and world leaders who are paying tribute to the 17 million soldiers and civilians lost in the war. For all you royal watchers and military history buffs, here's your chance to mimic the monarchy and pay your respects at the same time. 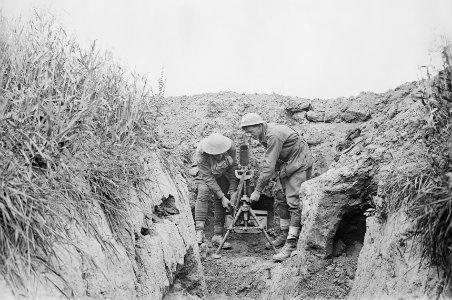 London's Imperial War Museum recently unveiled permanent First World War Galleries that reveal the story of World War I through the eyes of the people of Britain and its empire. The new galleries are part of a $66-million renovation, designed by Foster & Partners, which includes new shops, a cafe, and an atrium with iconic objects displayed throughout, including recently acquired Harrier and Spitfire jets and, on a more somber note, a bombed-out car from Baghdad. Perhaps the most dramatic feature of the new galleries is the experiential “trench walk” in which the architects have recreated the World War I trenches with digital images of Sopworth Camel fighter planes swooping overhead and Mark V tanks looming above; visitors will vicariously feel the dread of a British “Tommy” on the Western Front. Though not a light-hearted excursion, the IWM's new galleries are an important stop for connoisseurs of Great War history and anyone looking to pay homage to its memory.

Read a Letter to an Unknown Soldier 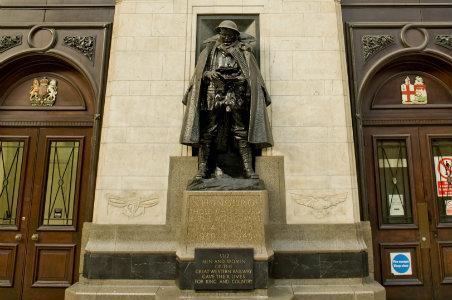 British authors Neil Bartlett and Kate Pullinger have amassed a digital memorial with their “Letter to An Unknown Soldier” project, inspired by Charles Sargeant Jagger's statue on Platform 1 of London's Paddington Station of an ordinary soldier in battle dress, reading a letter. An astounding 21,056 people across the globe took part in the project, which invited people to e-mail a letter to the unknown soldier, a man who served and was killed during World War I. Noted writers and politicians contributed letters including London Mayor Boris Johnson and Prime Minister David Cameron. The project is archived at The British Library, where it can be seen alongside the powerful new Word War I exhibition entitled Enduring War: Grief, Grit and Humour.

War Horse tells the moving story of a young boy named Albert and his beloved horse Joey, who is requisitioned to fight for the British in the the war. (Of the one million horses which left Britain for the Western Front, only 60,000 returned.) Thankfully, Joey is one of them, and he is brought to life through the incredible acrobatics and mechanics of the puppeteers from Cape Town-based Handspring Puppets in a spectacle that will keep you glued to your seat. For the Broadway production of War Horse, Handspring Puppet Company received an Outer Critics Circle Special Achievement Award for Puppet Design, Fabrication and Direction, and they are also a recipient of the 2011 Special Tony Award. War Horse is playing at the New London Theatre on Drury Lane. 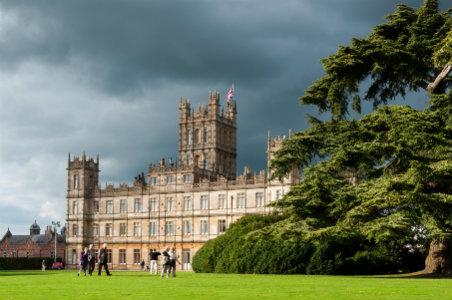 The second season of the wildly popular period drama Downton Abbey was set against the backdrop of World War I. Highclere Castle, where the show is filmed, offers tours to visitors (and, on occasion, the chance to meet the 8th Countess of Carnarvon, who presides over the castle and is periodically present for afternoon tea.) During the war, Highclere was transformed into a hospital when patients were transported here from Flanders in 1914, just as in the series (season five premieres January 2015 on PBS.) After a day touring the castle, rest your head at The Carnarvon Arms, a grade-II listed coach house overseen by Marco Pierre White of Hell's Kitchen fame, and where many Downton Abbey cast members stay while filming.

During World War I, music was heard on the battlefield, in concert halls, in internment camps, and in churches. From classical composers Claude Debussy and Edward Elgar's responses to the war, to young folk artists inspired by war poetry, to wind-up trench gramophones camouflaged in black paint, the musical heritage of World War I reflects a range of genres. London's avant-garde Barbican is holding A Time and Place: Musical Meditations on the First World War on September 18, featuring live performances by a collection of British folk artists; The Royal Academy of Music presents War Music: Notes from the First World War with a series of musical events accompanying the exhibition through March 2015; and the BBC highlights the music and culture of World War I with weekly podcasts throughout 2014, exploring classical music, art, literature, film, and popular songs in interviews and documentaries.

Kristan Schiller is a travel editor for Fodor's, specializing in cities and cultural destinations. Follow her on Twitter @KristanSchiller.