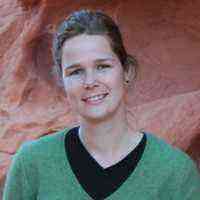 Jane Austen, one of the most widely read authors in English literature, has been a household name for more than two centuries, and with more of her books than ever on the big screen (who doesn’t remember Gwyneth Paltrow asEmma, or tearful Kate Winslet in Sense and Sensibility?), there is no end to her popularity in sight. 2017 marks the 200th anniversary of her death, and throughout England talks, walks, exhibitions, festivals, writing competitions, and performances will honor Jane Austen. There are many places where the famous author left her mark or her timeless novels are set, but here are our top five places Jane Austen fans should visit. 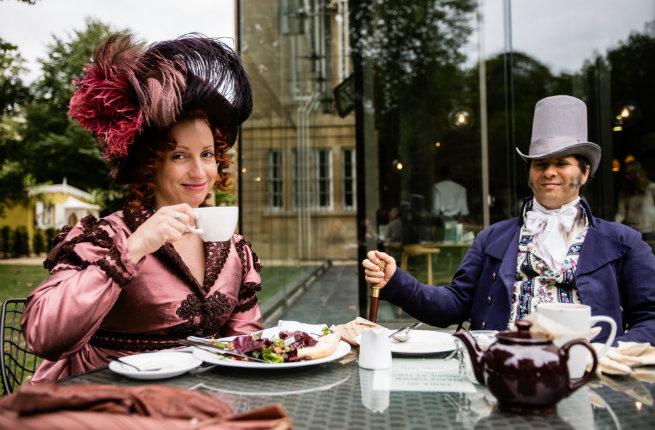 A trip to Bath, the town most closely associated with the author, is a must for all Jane Austen fans. Visitors can walk the streets as Georgian gentlemen or literary ladies, immerse themselves in all things Austen at the Jane Austen Festival (September 8-17, 2017) or dance their sense and sensibilities away at the Regency Costumed Masked Ball. The Jane Austen Centre explores the town’s impact on Bath’s most famous resident, but also gives visitors the opportunity to dress in period costumes. It offers a snapshot of what life was like in the Regency period, depicted in Austen’s timeless novels. The British tradition of afternoon tea remains popular in Bath, where the Pump Room Restaurant, also used as a film location in a TV adaption of Persuasion, offers one of the best.

Jane Austen was born on December 16, 1775, in the Old Rectory in Steventon, which was demolished shortly after her death. It is where she lived the first 25 years of her life, and where she created drafts of three of her published books. Inside St. Nicholas Church, which Jane attended regularly, visitors will find a bronze plaque dedicated to her memory. There are also monuments to James, Jane’s eldest brother, who succeeded his father as rector, and to his two wives: Anne, who died in 1795, and Mary, who is buried with him in the churchyard. Steventon’s social scene provided Jane with much of the material for her novels, although times changed when the family moved to Bath following her father’s retirement in 1800. 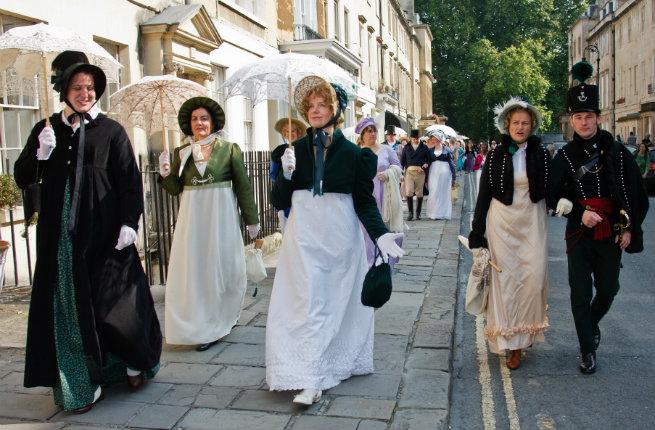 In 1807, Jane, together with her mother and sister, moved to Southampton following the death of Jane’s father in 1805. At the time, Southampton was an old seaport reinventing itself as a fashionable spa town. The family made excursions by boat on the River Itchen to see warships being built at Northam and the Gothic ruins of Netley Abbey. Jane continued her long walks through the lovely countryside surrounding the town and attended society dances, including some in the upstairs rooms of the Dolphin Hotel, which is still open today. The Jane Austen Heritage Trail highlights nine key locations within Southampton Old Town that have strong associations with Jane Austen either at the time of her living there, or otherwise in her earlier life.

The quiet village of Chawton in Hampshire, about 90 minutes’ drive southwest of London, is where Jane Austen spent the last eight years of her life, between 1809 and 1817. The charming home she occupied with her sister and mother, now the Jane Austen’s House Museum, includes the little table where she wrote Emma, Mansfield Park, and Persuasion, and revised Pride and Prejudice, Sense and Sensibility, and Northanger Abbey. Nearby Chawton House Library, set in the manor house that once belonged to Austen’s brother Edward, has become a research center for the study of women’s writing from 1600 to 1830. The quintessentially English rose garden offers plenty to explore and there is also an extensive art collection. 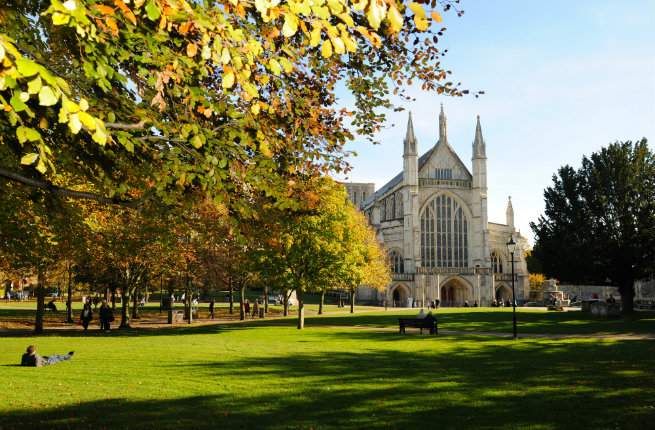 Illness shaped Jane Austen’s life in her final years, although she continued writing, and in early 1817, the author began writing Sanditon, her last, and eventually unfinished, book. Her health deteriorated, and following a referral to a doctor in Winchester, she moved into lodgings at 8 College Street with her sister for the last few weeks of her life. Jane Austen died from what is now known as Addison's Disease at age 41 on July 18, 1817, and was buried in the north aisle of Winchester Cathedral. While the inscription on her tomb makes no reference of her literary accomplishments, a plaque added later states that she was “known to many by her writings.”