See the place where Kevin Costner butchered the English accent for yourself.

British and Northern Irish castles have been gracing our screens for decades, as backdrops to historical dramas, irreverent comedies, and cult-favorite British and American TV shows. Pop culture kudos aside though, mostly-magnificent U.K. castles (plus a stately home here, and a fortified manor house there) are typically worthy of a visit in their own right. But if you’re dead set on tracing the footsteps of your favorite large and small screen stars (it’s the second-best option, after meeting them in the flesh, right?), here are the U.K. castles to add to your vacation wish list. 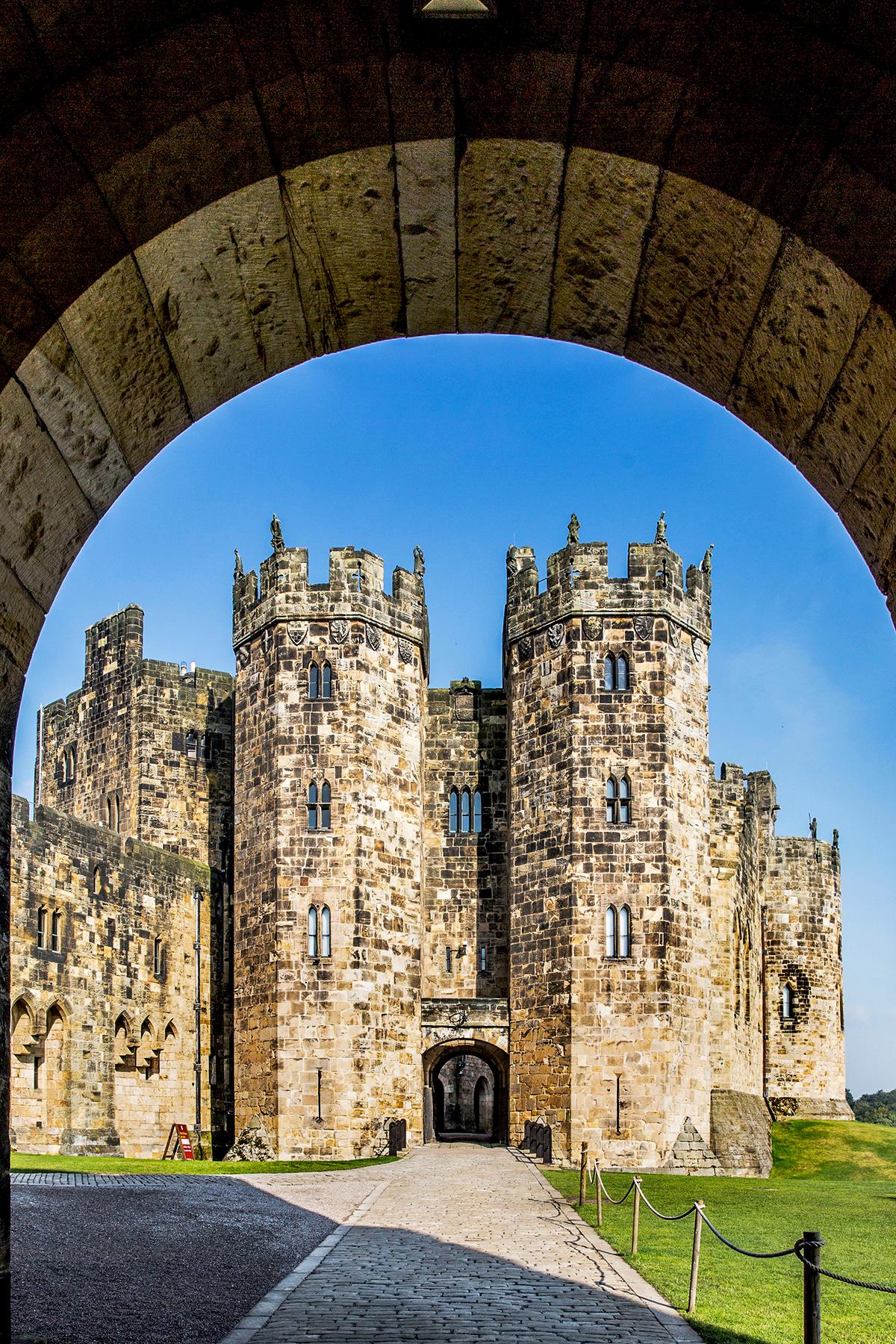 Close to the Scottish border, Alnwick Castle—aka Hogwarts School of Witchcraft and Wizardry—is one of Britain’s most famous filming locations and the second largest inhabited castle in England. Explore the courtyard where Harry took his first flying class and snap photos of the Inner Bailey where Ron and Harry crash-landed in Chamber of Secrets. However, while Alnwick Castle is most strongly associated with the magic of Harry Potter, TV shows such as The Virgin Queen and Blackadder also filmed there.

INSIDER TIPIf you want to visit a less well-known Harry Potter filming location, the ruins of the Lochaber Rural Complex, once an important Scottish castle, were used in Harry Potter and the Prisoner of Azkaban (2004). 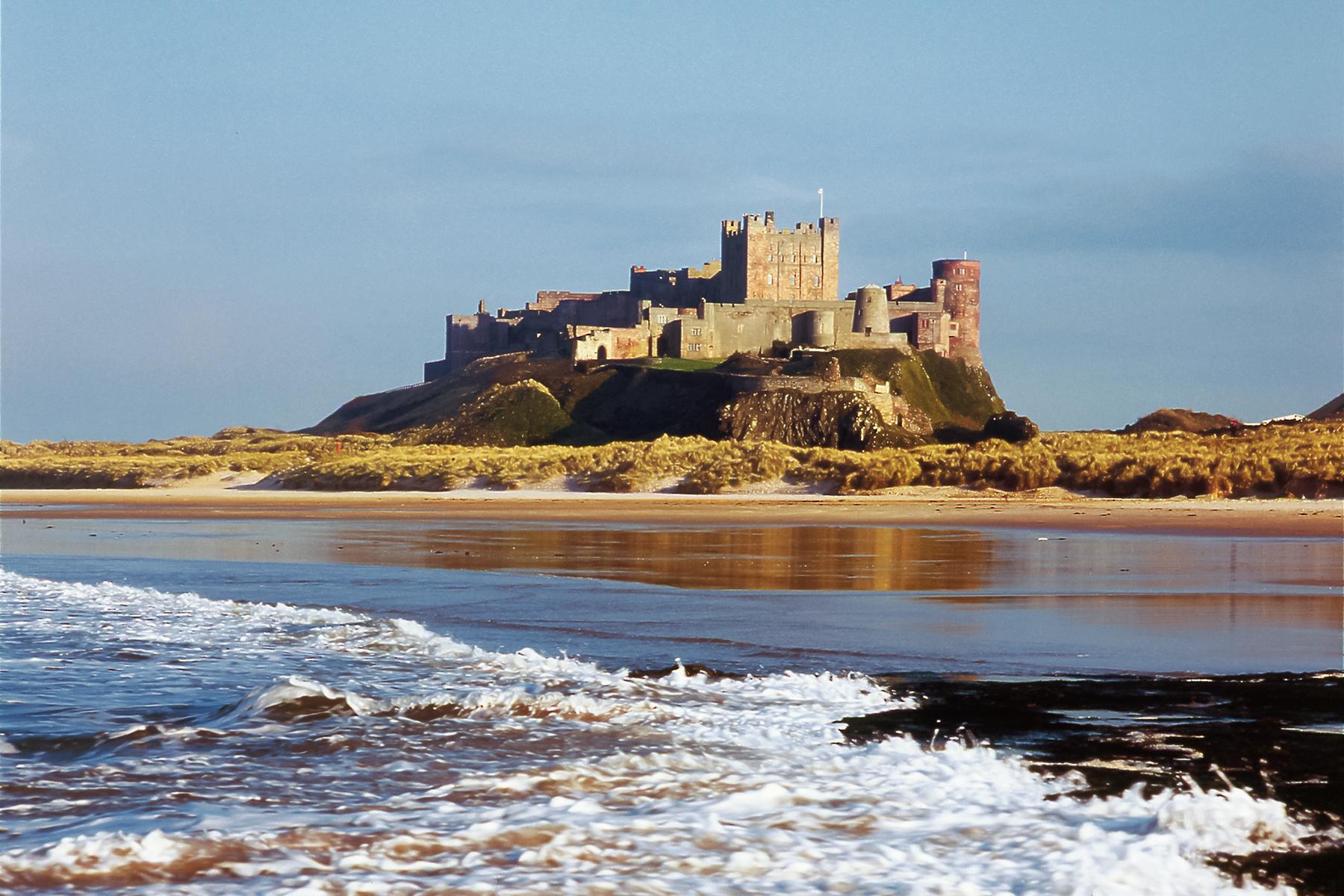 The 11th-century Bamburgh Castle complex, now a Grade I listed building, is a stalwart of pop culture with references dating back to 13th-century literature. Flash forward to the present day though, and the castle is best known as a prolific filming location used for both King Arthur (starring Keira Knightley) and Ridley Scott’s Robin Hood, as well as the 1980s epic Ivanhoe. 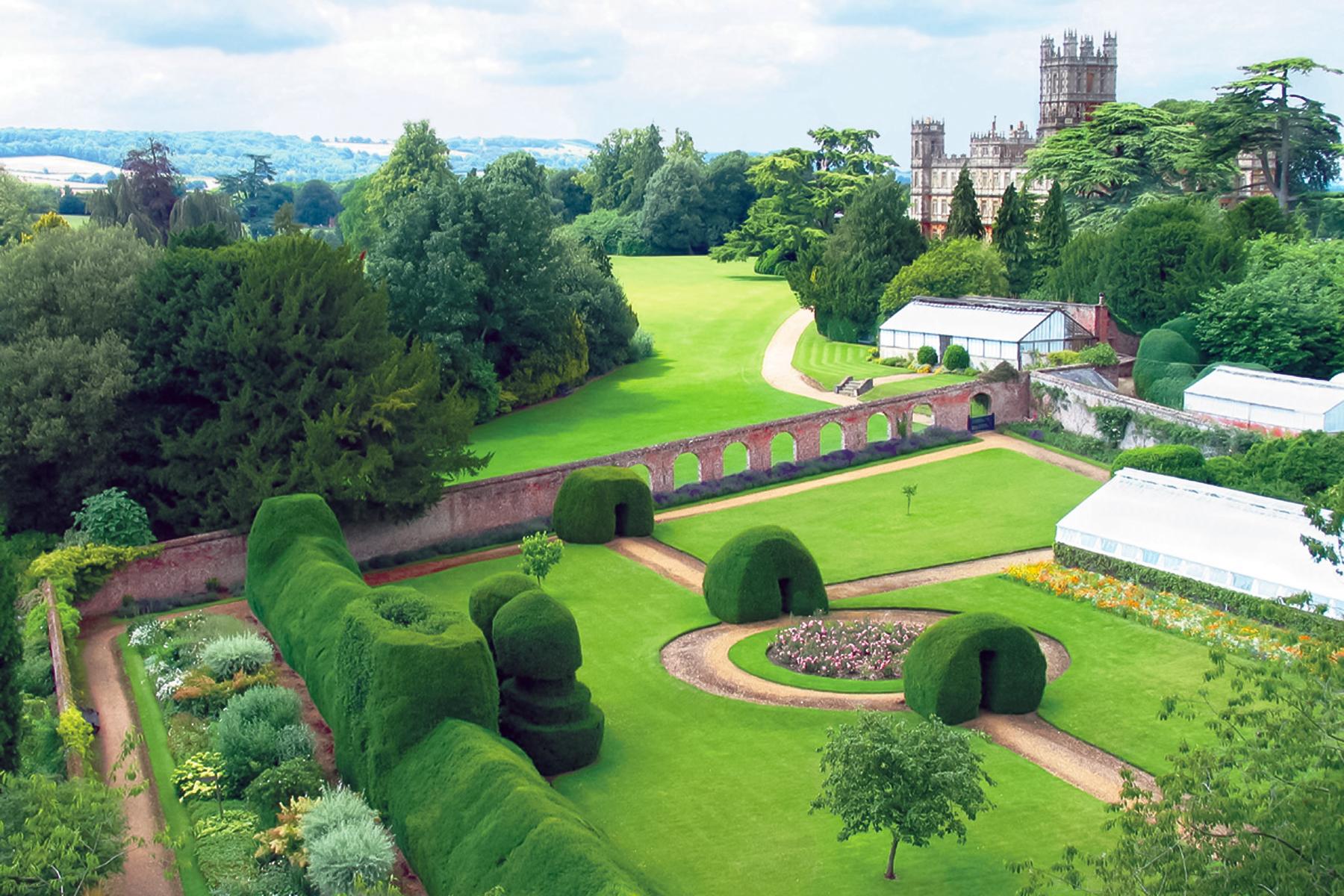 In the southern county of Hampshire, England lies the appropriately regal Highclere Castle, better known as the home of Lord and Lady Grantham in ITV’s Downton Abbey. It’s said that the creator Julian Fellowes actually wrote Downton Abbey with Highclere in mind and scored a filming slot there—as you do—by being friends with the occupants, the Carnarvon family. Comedy fans will be equally well-served at Highclere too, as Jeeves and Wooster (the Steven Fry-Hugh Laurie TV series which ran from 1990 to 1993) was also filmed there.

INSIDER TIPHighclere Castle only opens to the public for roughly 70 days out of the year, so plan your trip accordingly. Alternatively, stop by Lincoln Castle, the “prison” in which Mr. Bates is locked away. 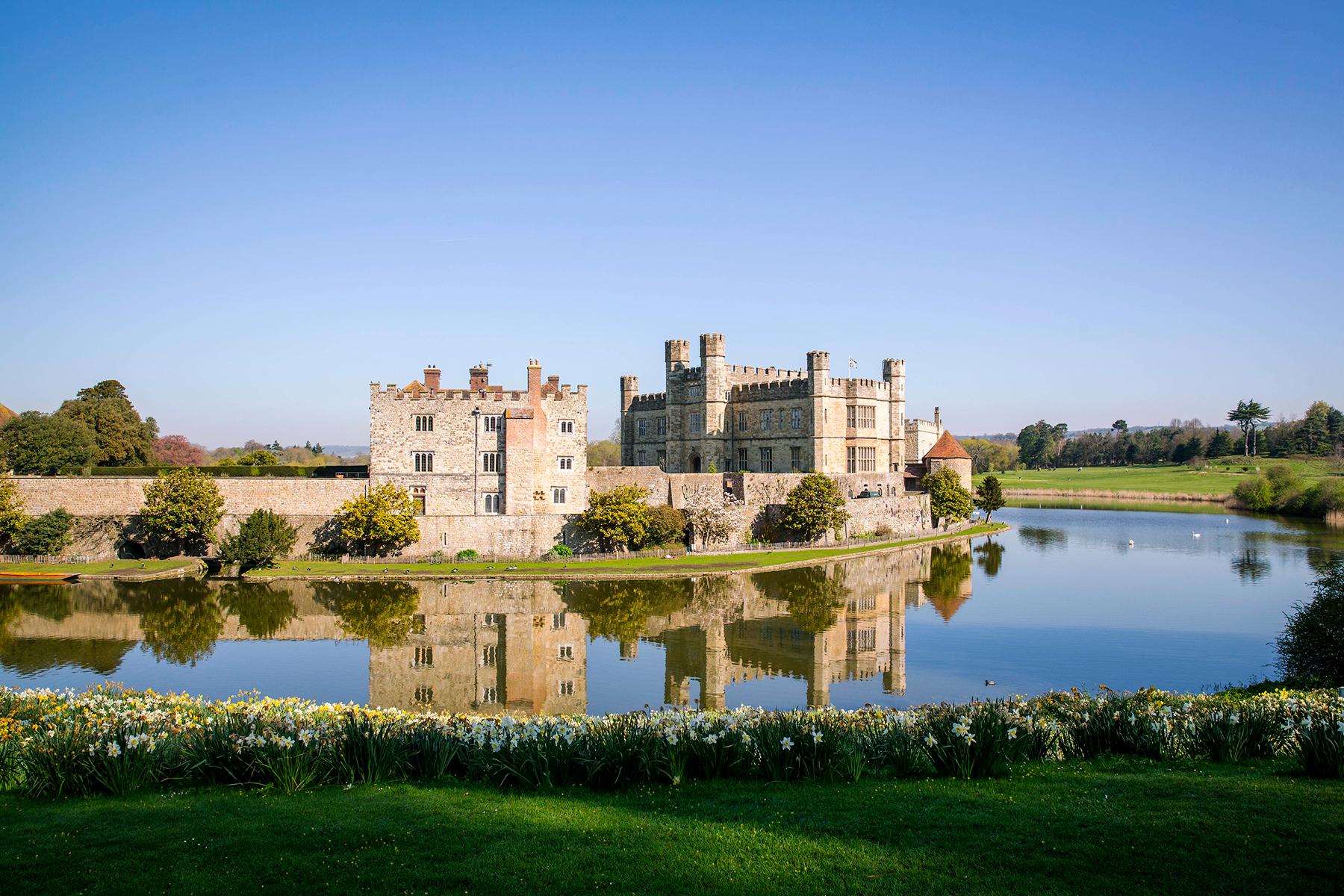 Leeds Castle—which is, confusingly, situated in the southern county of Kent rather than the northern city of Leeds—is a stalwart on the filming location scene, having featured in The Moonraker (1958) and a retro 70s episode of Doctor Who, “The Androids of Tara.” In recent years though, Castle Leeds served as one of the (many) British filming locations for Elizabeth: The Golden Age.

INSIDER TIPLeeds Castle’s tagline is, rather charmingly, “The Loveliest Castle in the World,” thanks to a quote from historian Lord Conway. 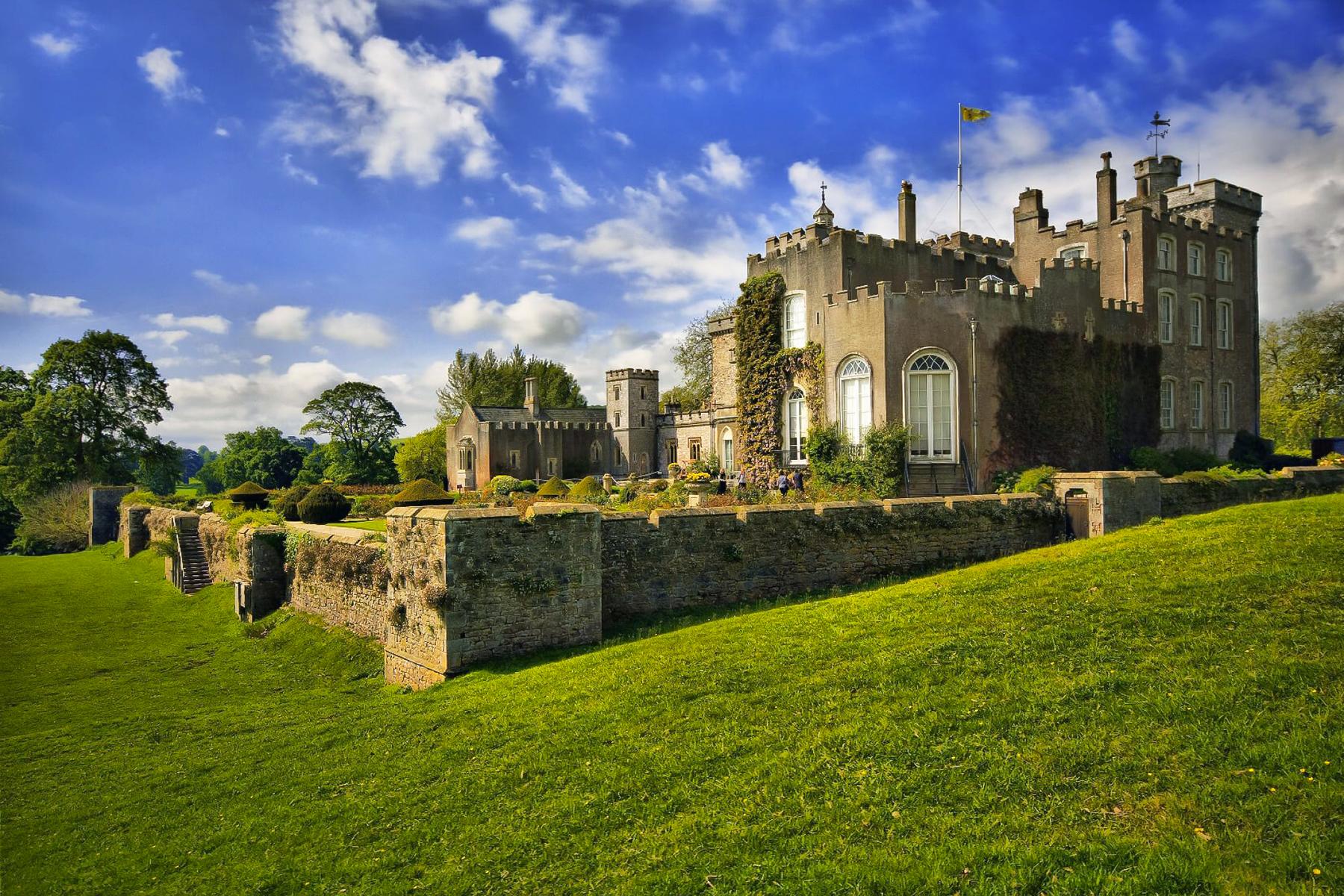 Powderham Castle ('The Remains of the Day')

Adapted from a Kazuo Ishiguro novel of the same name and starring Emma Thompson and Anthony Hopkins, the award-winning film The Remains of the Day (1993) used many Powderham Castle interiors. Keep your eyes peeled for the master bedroom, staircase, and sweeping hallway, as well as the music room of this fortified manor house the next time you re-watch the post-war classic—or just visit them for yourself! 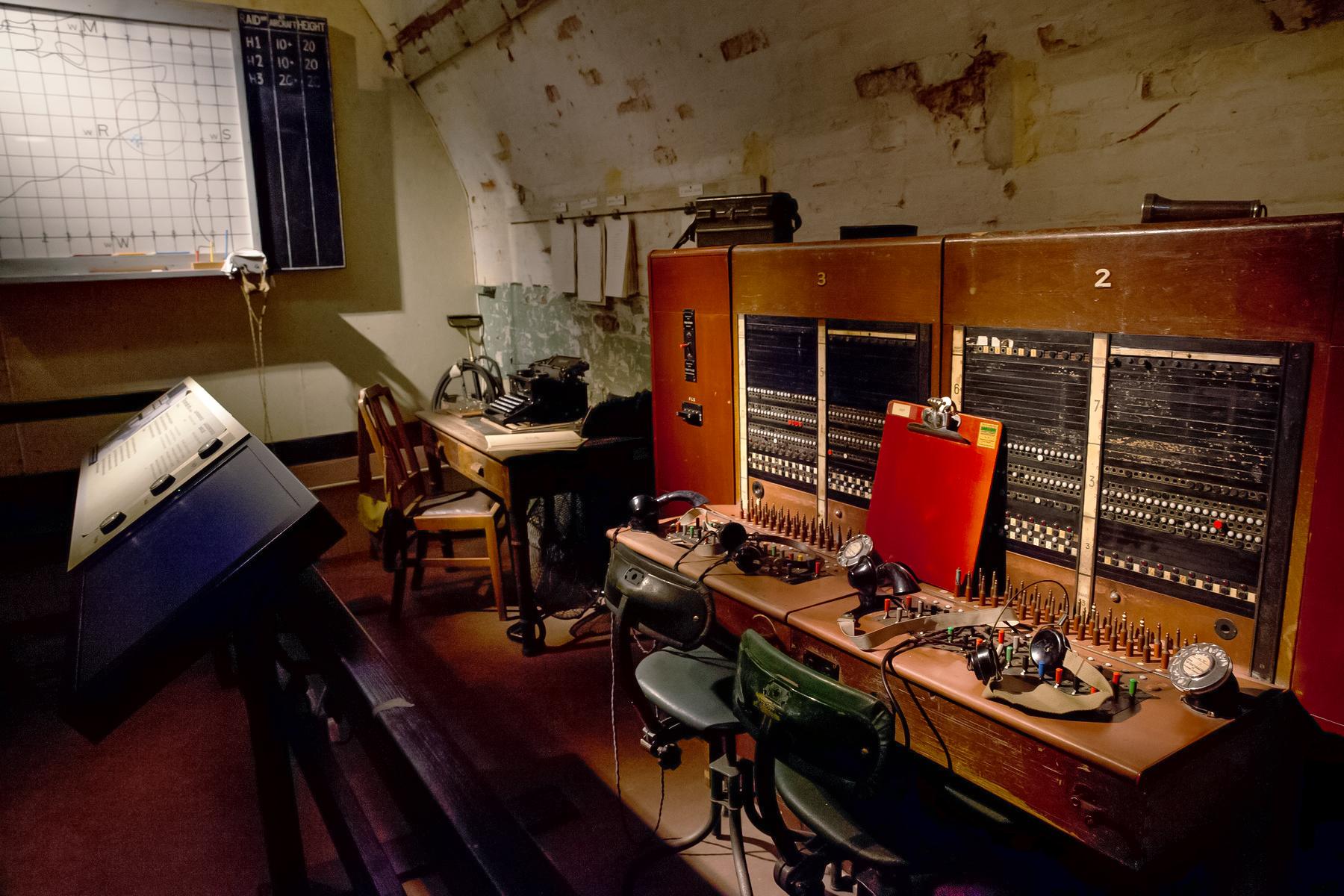 Dover Castle ('The Other Boleyn Girl')

Serious Shakespearean dramas (like Mel Gibson’s Hamlet), as well as slapstick comedies and historical romances,  have all been filmed at Dover Castle over the years, with the imposing edifice most commonly serving as a stand-in for the Tower of London. In fact, that was exactly the case in The Other Boleyn Girl, although it wasn’t the first film to engage in such location deception at Dover Castle, as Kevin and Perry Go Large got there first. 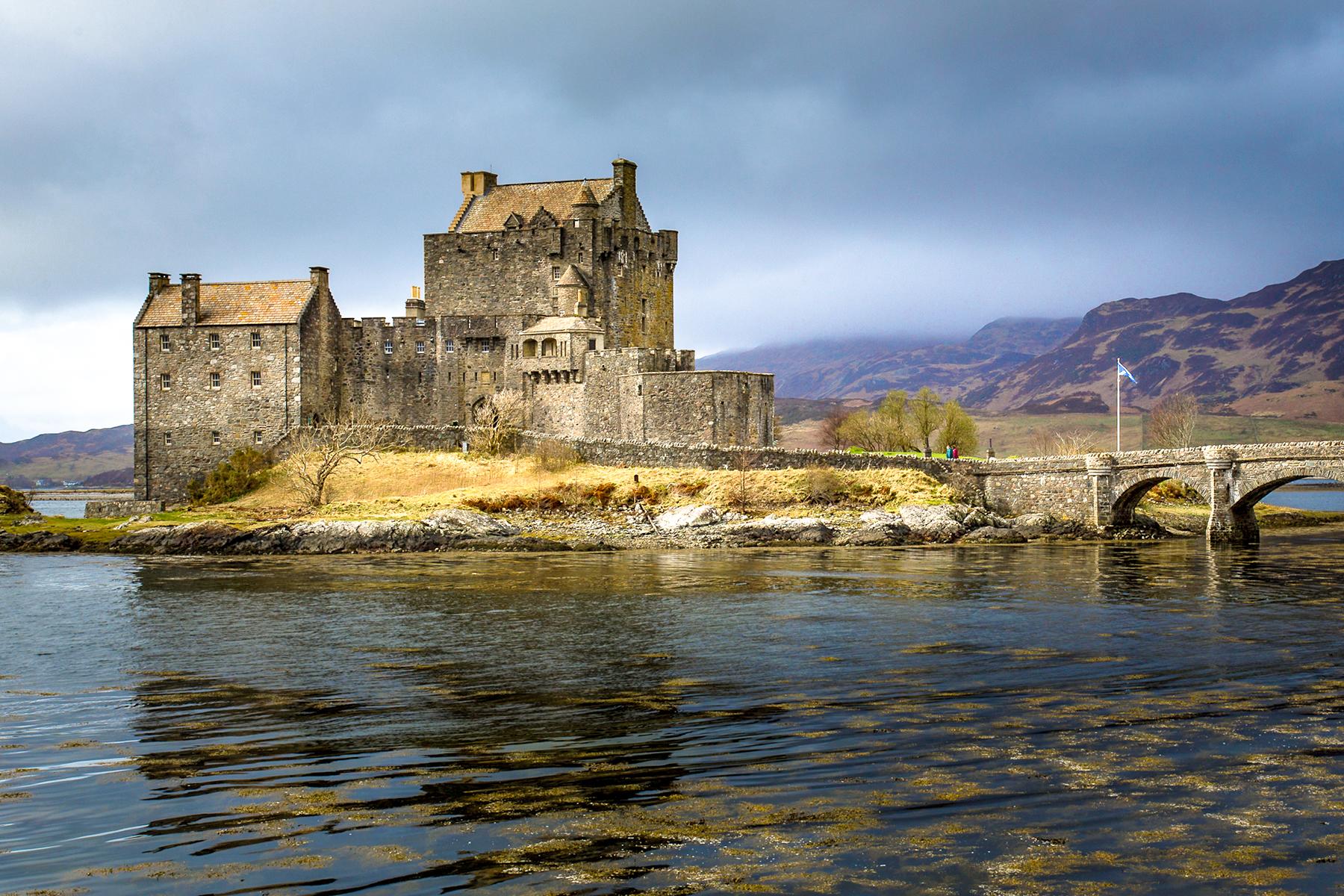 WHERE: The Scottish Highlands

You may never have heard of it, but Eilean Donan Castle—situated on an island at the meeting point of Lochs Duich, Long and —is prolific in the filming world. Not only did it serve as the Clan MacLeod home in Highlander, as well as an MI6 location headquarters in the Bond film The World is Not Enough, it was also the groom’s home in Made of Honor and Fotheringay Castle in Elizabeth: The Golden Age. Perhaps most surprisingly of all though, this Scottish Highlands castle even showed up as a backdrop in Bollywood film Kuch Kuch Hota Hai (1998). 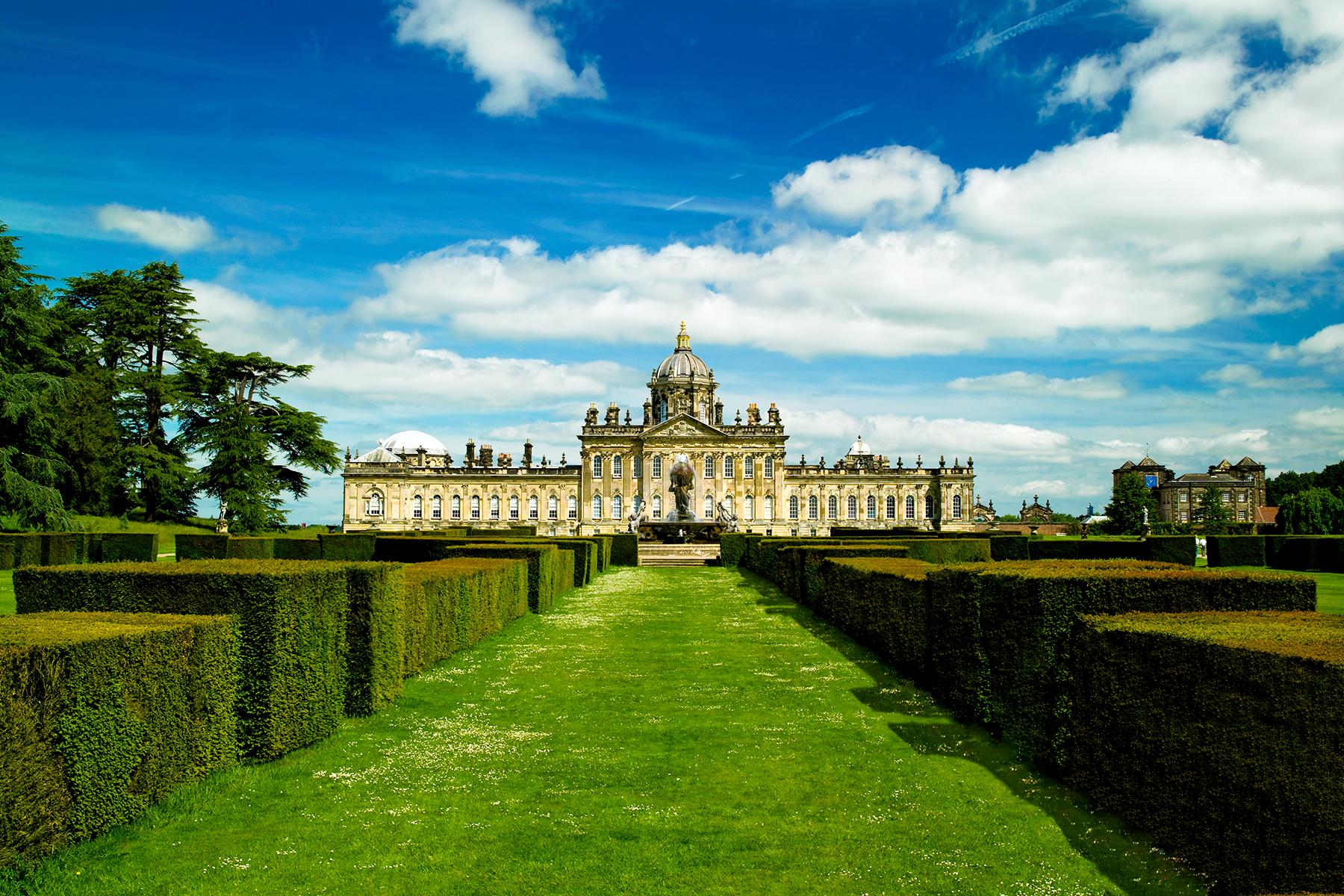 While Castle Howard is technically a stately home—and a huge one at that—it’s got “castle” in its name, so we’ll let it slide. Most famously used in the 1980’s TV adaptation of Evelyn Waugh’s novel Brideshead Revisited, Castle Howard was then used again in 2008 for the Emma Thompson fronted film of the same name. Visitors to this one-time cult favorite “castle” can now wander the grounds and enjoy afternoon tea. 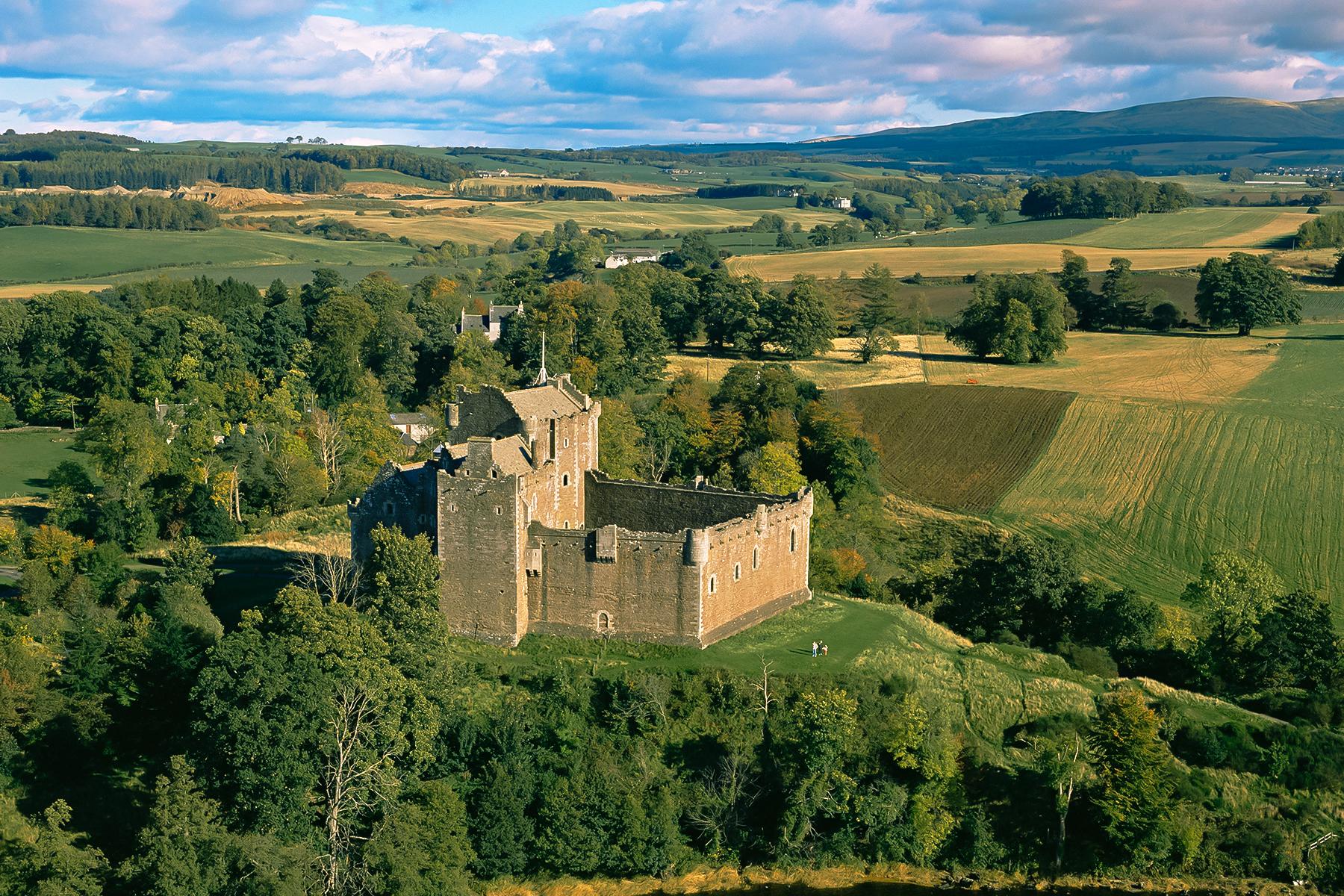 Outlander—the Scotland-set historical drama that took the world by storm when adapted for TV in 2014—has also spawned more Game of Thrones-esque filming location tours than you can shake a stick at. However, you can go it alone to Castle Leoch, the home of Jamie’s uncle, Colum Mackenzie, aka the 14th-century Doune Castle in Stirling, Scotland. Before Outlander became the series to associate with Doune Castle though, parts of Monty Python and the Holy Grail, as well as Ivanhoe (1952) were also filmed there.

INSIDER TIPOutlander used more than one Scottish castle during filming. Stop by the ship-shaped, 15th-century fortress Blackness Castle—”Black Jack” Randall’s Fort William base—or get a closer look (from the outside only) at “Lallybroch” at Midhope Castle on the outskirts of Edinburgh.

Established on Christmas Day 1067, damaged in the English Civil War, and most recently restored in the 19th century, Arundel Castle is also somewhat surprisingly the site of a few Wonder Woman (2017) scenes, including the moment Gal Gadot’s Diana Prince arrives at the ball, a sword between her shoulder blades. 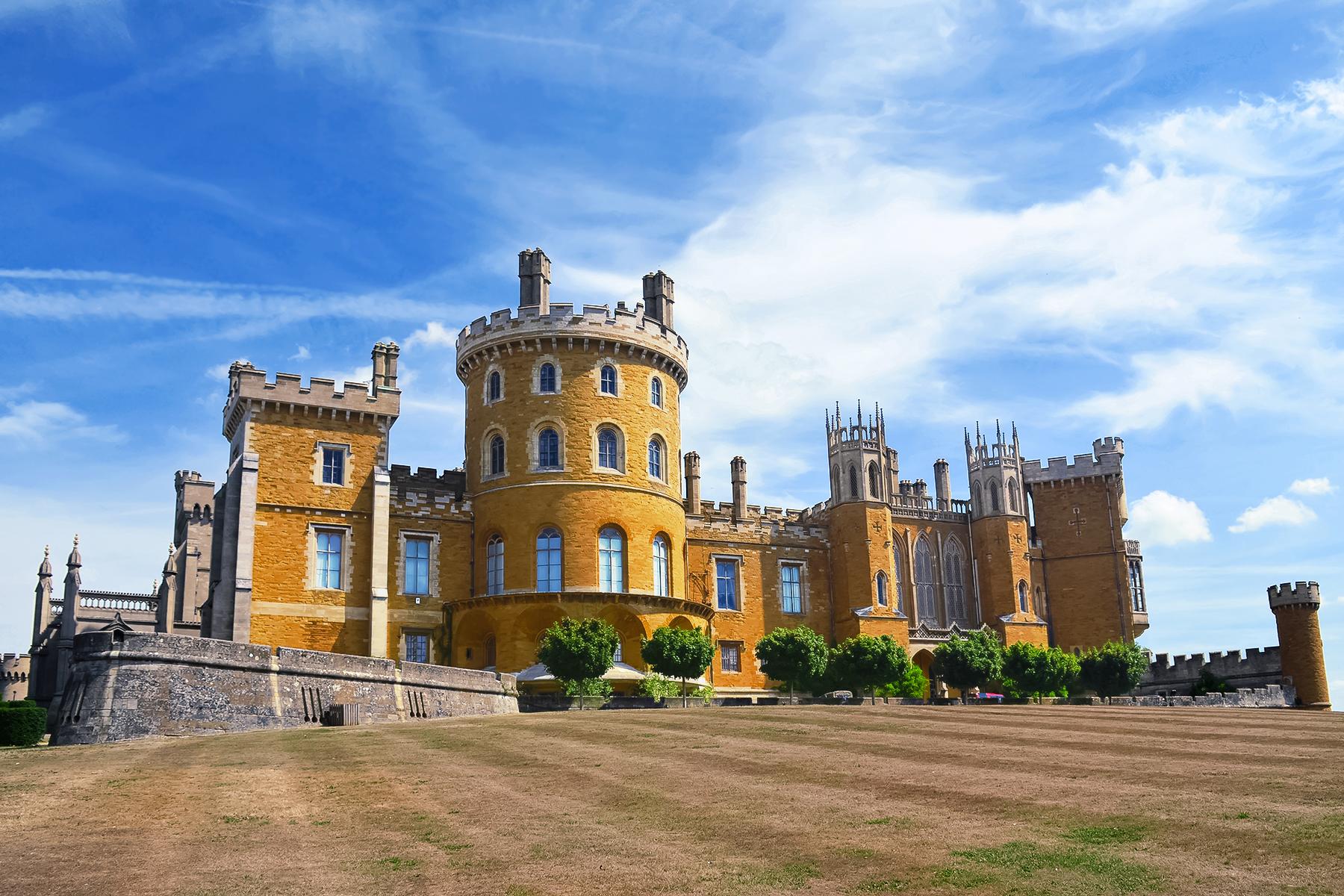 While Dan Brown, Ron Howard, or The Da Vinci Code fans may be more interested in exploring the French filming locations of the blockbusting 2006 film—like the Louvre—UK-based explorers should stop by the Grade I Listed Belvoir Castle. After all, it’s not every day you get to explore the Pope’s summer residence—or rather, the castle which stood in for Castel Gandolfo on the silver screen. 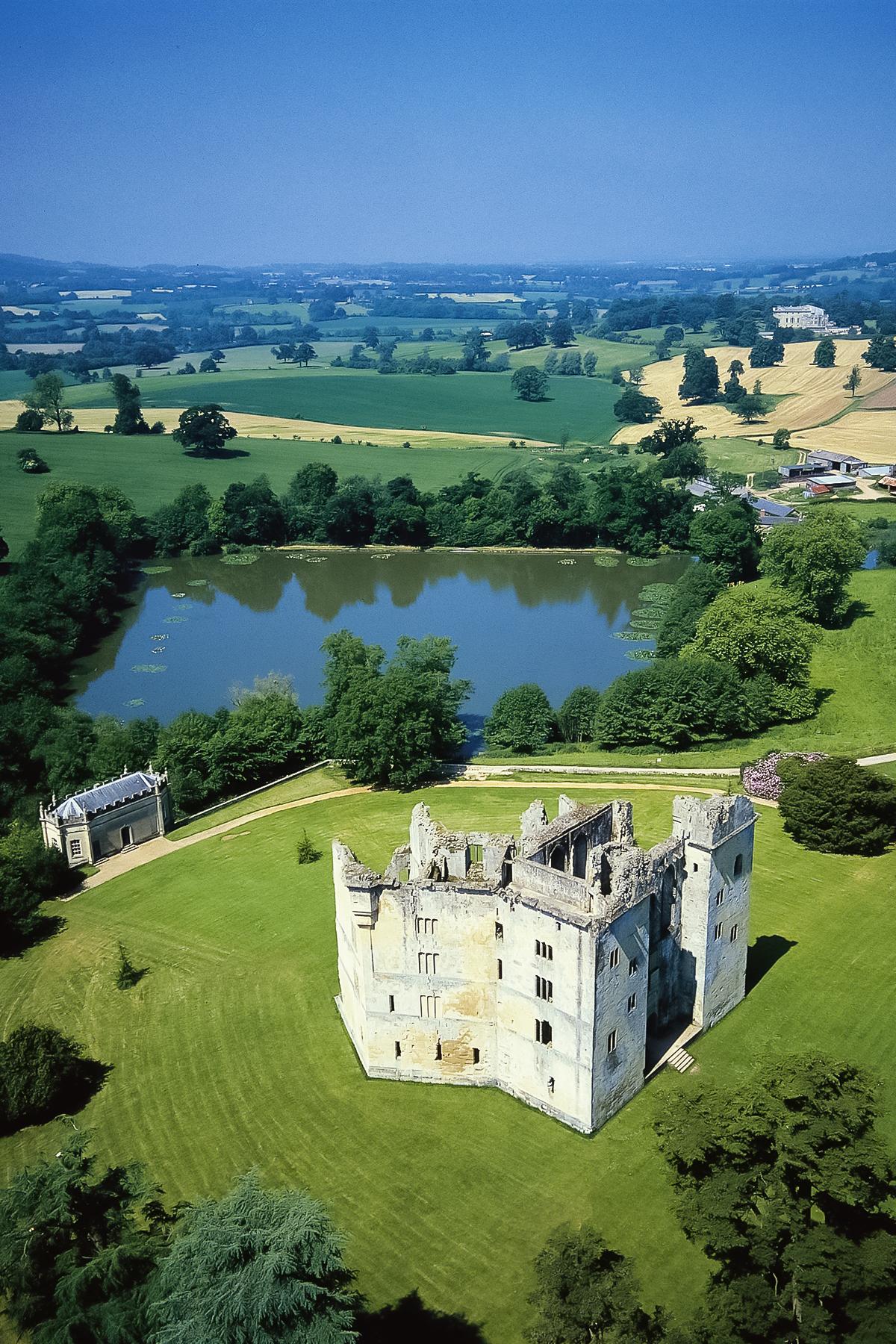 Built for Lord Lovel in the 14th century, Wardour Castle in Wiltshire, England would eventually become “Locksley Castle” in a movie with one of the most infamously terrible English accents ever—Robin Hood: Prince of Thieves. Thanks, Kevin Costner! It took some clever camera angling to make this castle look somewhat intact though, given that it’s been damaged since the 17th century and is very much considered a ruin. 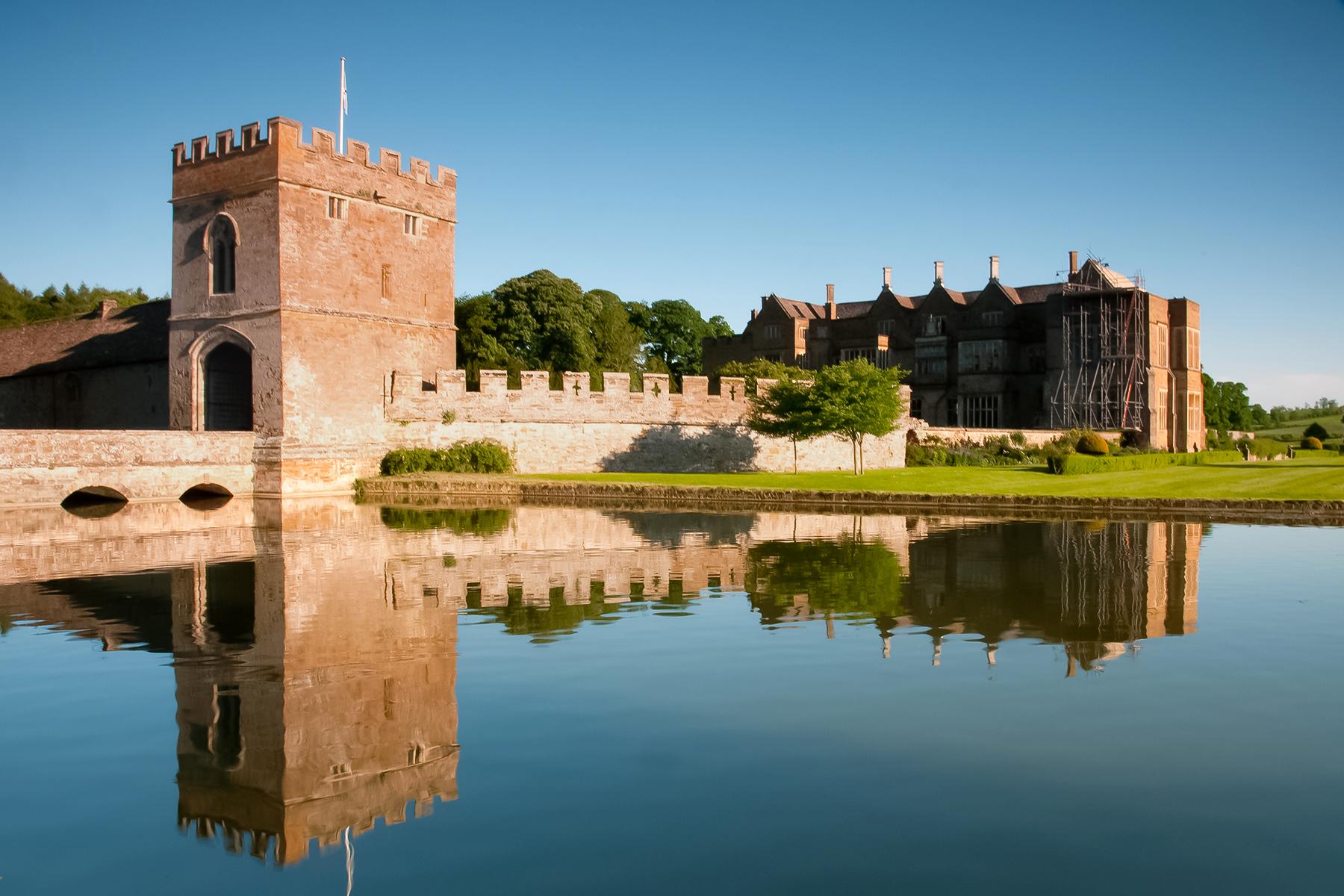 More a medieval fortified manor than a true turrets-and-all castle, Broughton Castle is now a Grade II Listed building which opens to the public in the summer months. However, a decade or so ago, it was used as the filming location for Jane Eyre (2011) movie, where Broughton Castle exteriors stand-in for Lowood School. Meanwhile, some of the interiors were used for Thornfield Hall.