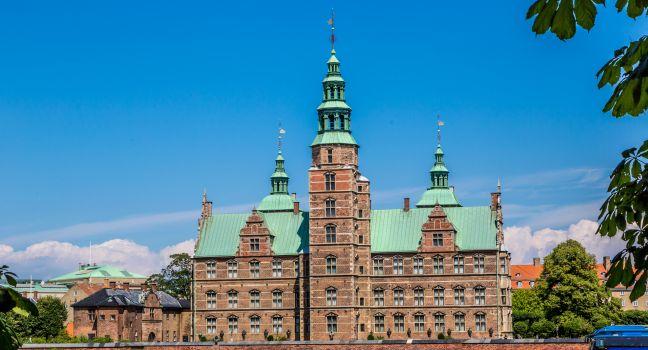 The Dutch Renaissance Rosenborg Castle contains ballrooms, halls, and reception chambers, but for all of its grandeur there's an intimacy that makes you think the king might return any minute. Thousands of objects are displayed, including beer glasses, gilded clocks, golden swords, family portraits, a pearl-studded saddle, and gem-encrusted tables; the underground treasury contains the crown jewels. The castle's setting is equally welcoming: it's in the middle of the Kongens Have (King's Garden), amid lawns, park benches, and shady walking paths.

King Christian IV built Rosenborg Castle as a summer residence but loved it so much that he ended up living here until his death. In 1849, when the absolute monarchy was abolished, all the royal castles became state property, except for Rosenborg, which is still passed down from monarch to monarch.

Book an Experience at Copenhagen VIEW ALL