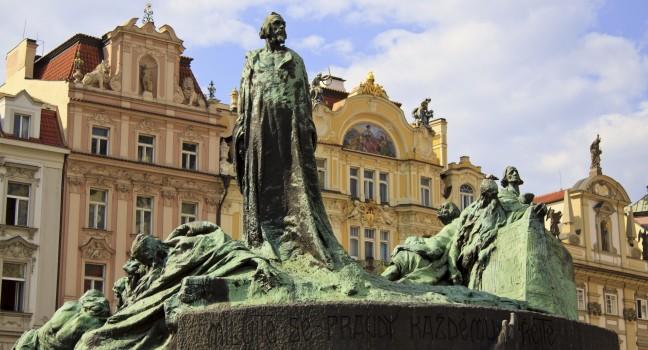 Few memorials in Prague elicited as much controversy as this one, dedicated in July 1915, exactly 500 years after Hus was burned at the stake in Constance, Germany. Some maintain that the monument's Secessionist style (the inscription seems to come right from turn-of-the-20th-century Vienna) clashes with the Gothic and baroque style of the square. Others dispute the romantic depiction of Hus, who appears here as tall and bearded in flowing garb, whereas the real Hus, as historians maintain, was short and had a baby face. Either way, the fiery preacher's influence is not in dispute. His ability to transform doctrinal disagreements, both literally and metaphorically, into the language of the common man made him into a religious and national symbol for the Czechs.

Book an Experience at Prague VIEW ALL