Does driving along the Croatian coast sound like a terrifying excursion along winding and treacherous roads, where maniacs in Rimacs ignore speed limits, where death awaits you around every blind corner?

The highways system is brand spanking new—most of the freeways have been constructed within the last 15 years. And they’re practically empty of drivers—after all, there are only 4 million people in the whole country. Because of this, road-tripping is one of the best ways to wander this stunning land.

INSIDER TIPEmpty, pothole-less roads don’t come cheap. These are mostly toll roads, and you’ll want to have cash on hand for the automated machines.

We’ve put together this tried-and-tested itinerary to explore some of Croatia’s most beautiful spots, eat its best food, and drink its best drink from the Dalmatian Coast all the way along the Istrian Peninsula.

Let’s be brutally honest about Dubrovnik for a minute: it’s a total tourist trap. The stores along the boulevards within the walled city are about as authentic as those on Disneyland’s Main Street U.S.A. And every hawker and touter in sight shouts endlessly about Game of Thrones filming locations (yes, Dubrovnik is King’s Landing—hail Cersei!) But while exploring the narrow side alleys, those with steep stairs and dark passages, it’s still possible to be swept into history and occasionally stumble upon some actual locals. Bottom line: don’t be afraid to stray from the herd and explore.

Croatia only has three Michelin star restaurants and one of them is in Dubrovnik. Set atop the city’s defensive Wall, Restaurant 360 has an impeccable view and one star. Go for the view—it’s truly magical. But don’t be fooled by that star—it’s not really deserving of it. The food is perfectly good but hardly divine.

After dinner, head directly to Caffe Bar Libertina and drink with actual, bona fide locals. This place is tiny, so it may be necessary to stand around and wait for a seat. And be warned: the bathroom is not for the claustrophobic. 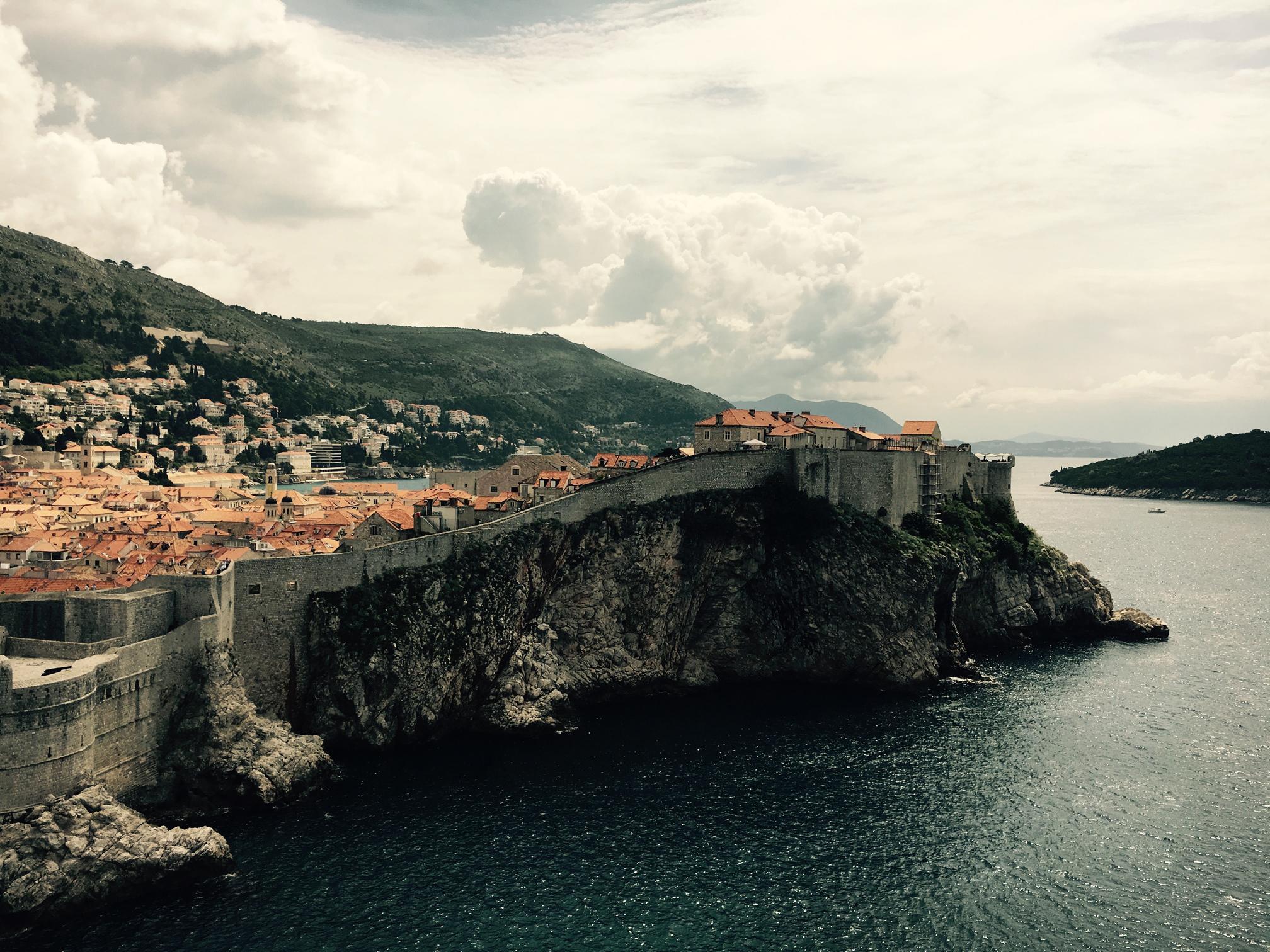 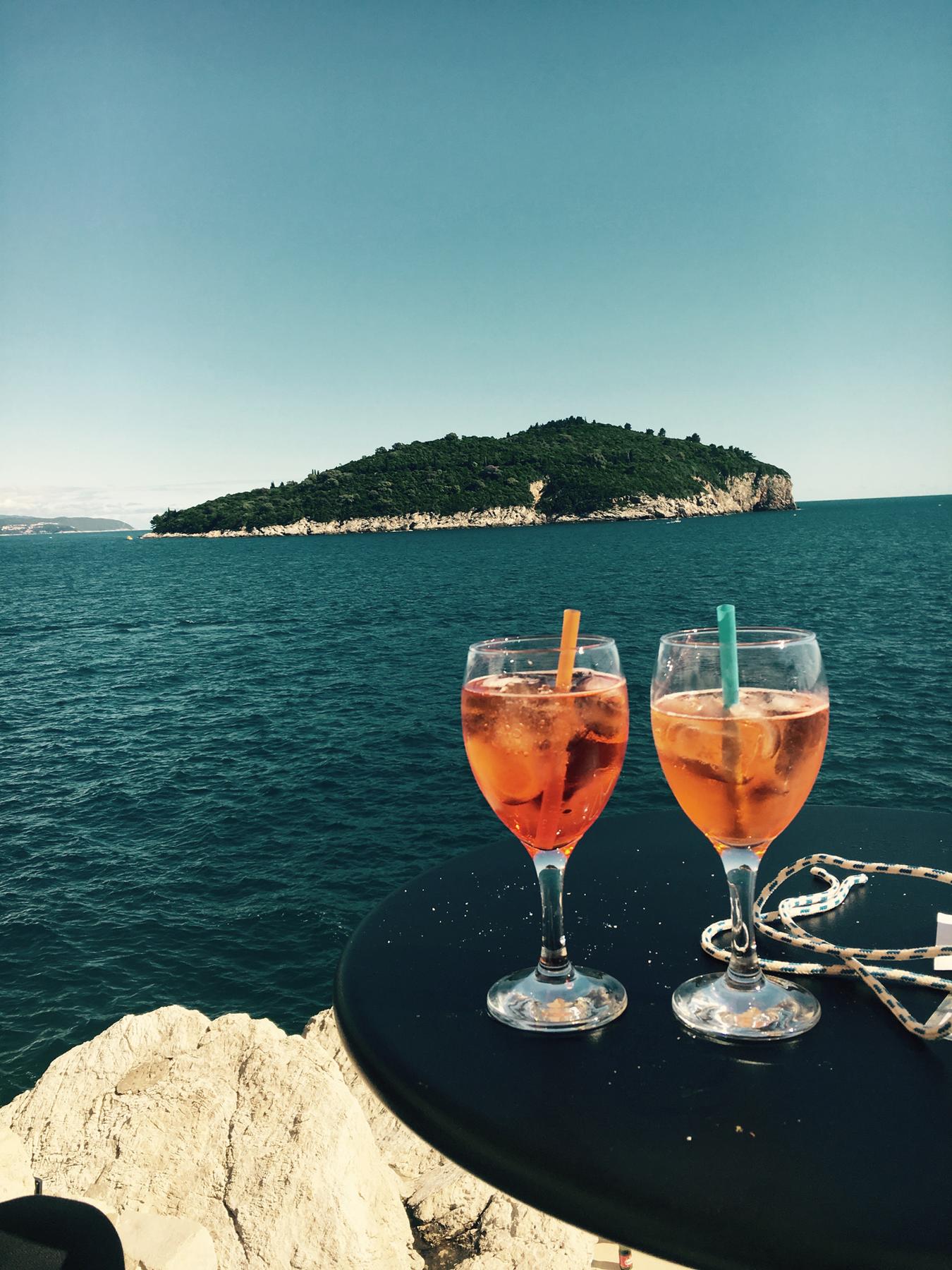 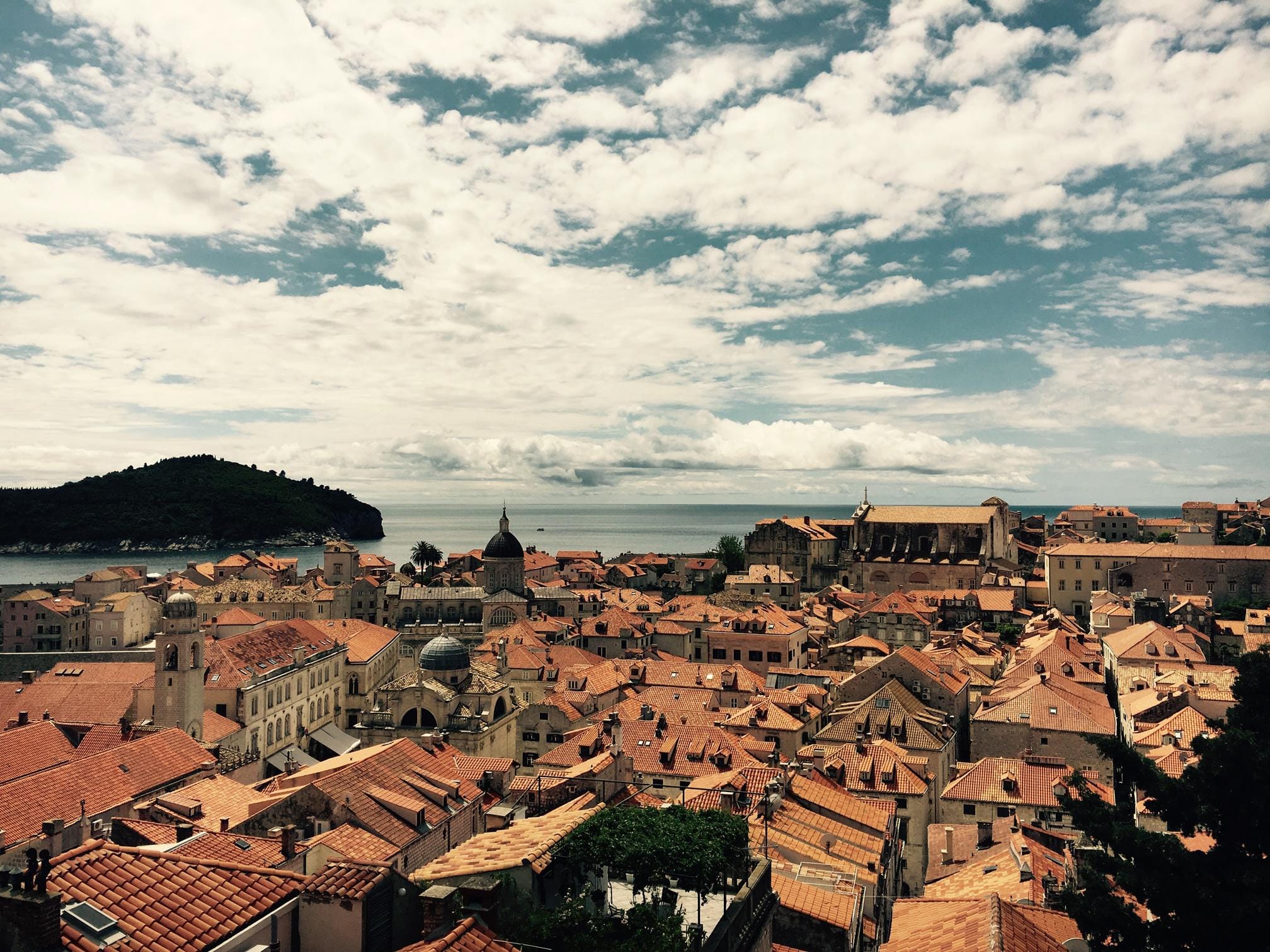 1. The view of the city from Fort Lovrijenac. 2. Get drunk on a cliff at Cafe Bar Bard. 3. Dubrovnik from atop the wall. Holly Rogers
DAY2

Head to the ancient Wall and walk the whole thing. It’s 2 kilometers and worth a leisurely stroll. It can become uncomfortably, annoyingly crowded, especially when trying to climb into a tower, so it’s best to arrive early.

Afterward, breach that Wall as though you’re Viserion the undead dragon. There are various passageways that lead from the city toward the cliffs that overlook the Adriatic. But here’s what’s so wonderful about these gorgeous perches: they’re bars! Head to either (or both) Buza and Cafe Bar Bard for some, or many, drinks. For the adventurous (and not drunk), jump into the sea and go for a swim.

Now, temper your hungry belly—the one that’s drowning in alcohol—with an Asian-fusion feast at Azur. Yes, eat Asian-fusion in Dubrovnik. Here’s why: Azur is off the beaten path and the food is quite good. It cannot be reiterated enough—veer away from the tourist trappings of Dubrovnik, they’re everywhere.

Head home, get a good night’s sleep. The road trip begins on the morrow.

It takes roughly three hours to drive to Split. For those who are fans of scheming, stop at the Trsteno Arboretum along the way, just 30 minutes outside of Dubrovnik. These gardens double as those in King’s Landing—pretend you’re a Tyrell, take someone by the arm, drink some wine, and plot a murder. Then, carry on to Split.

INSIDER TIPSome of the streets in Split can be quite narrow. It would be wise to rent a car that has side sensors.

Welcome to this weird town. The unpleasant Communist-era architecture of the outskirts may cause you to ask, “Why did I come here?” But keep driving to the sea. Leave the car at the hotel and enter Diocletian’s Palace.

Versailles this is not. Don’t think of it as a museum, but as a district. Built by the Roman emperor Diocletian, it has simultaneously decayed and evolved in the millennia since construction into a thriving area of music and food. It also smells—the Palace is built upon natural sulfur springs, so for those sensitive to the odoriferous, pack your perfume.

If mildly hungry, nosh on a charcuterie plate and gulp Croatian wine at Paradox, just outside the Palace walls. If quite hungry, head to Nostromo for seafood, inside the Palace. The scent of fish wafting from Nostromo is so strong, it’ll temporarily make you forget about the sulfur, but that shouldn’t be a deterrent—the food is excellent. 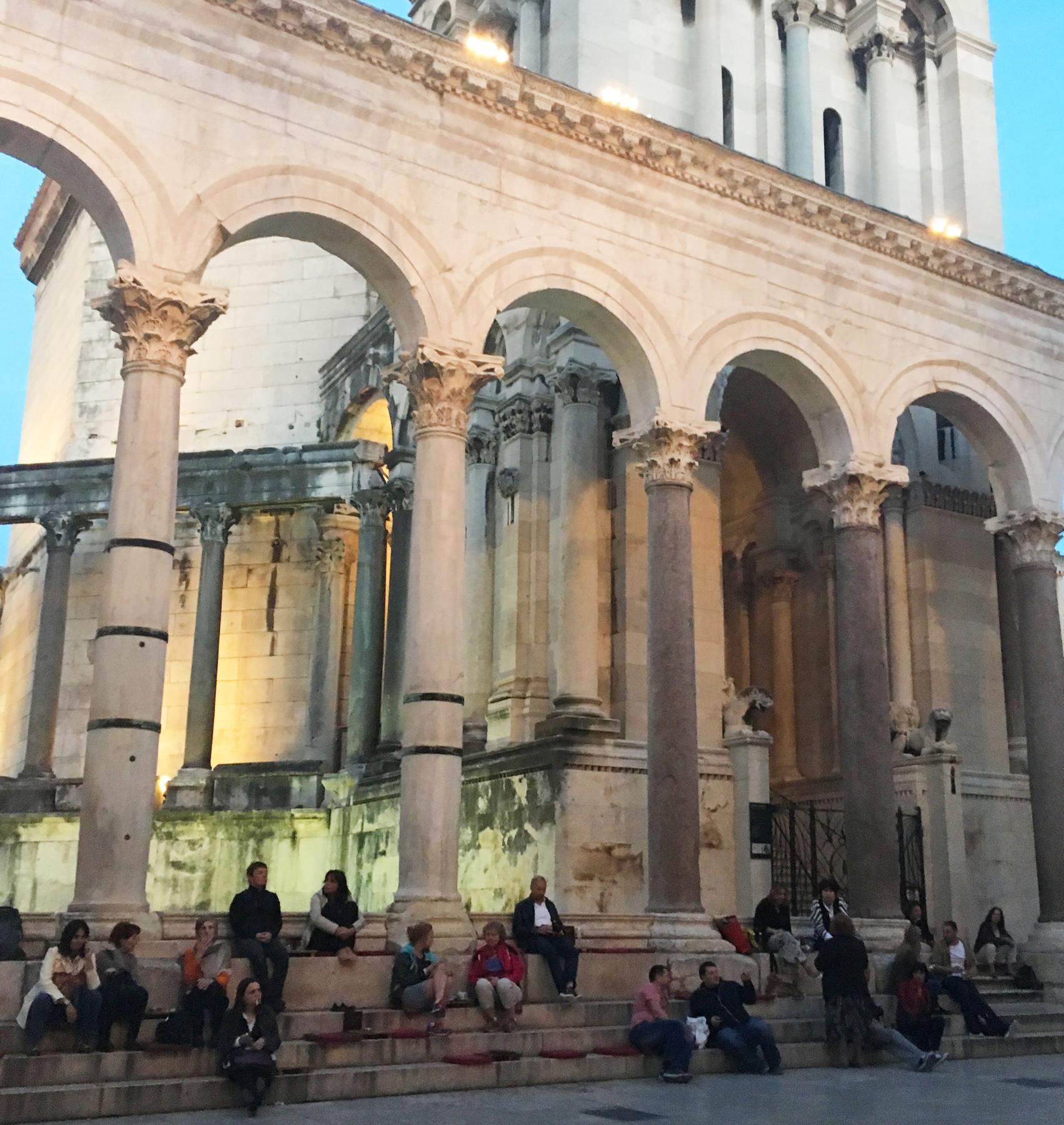 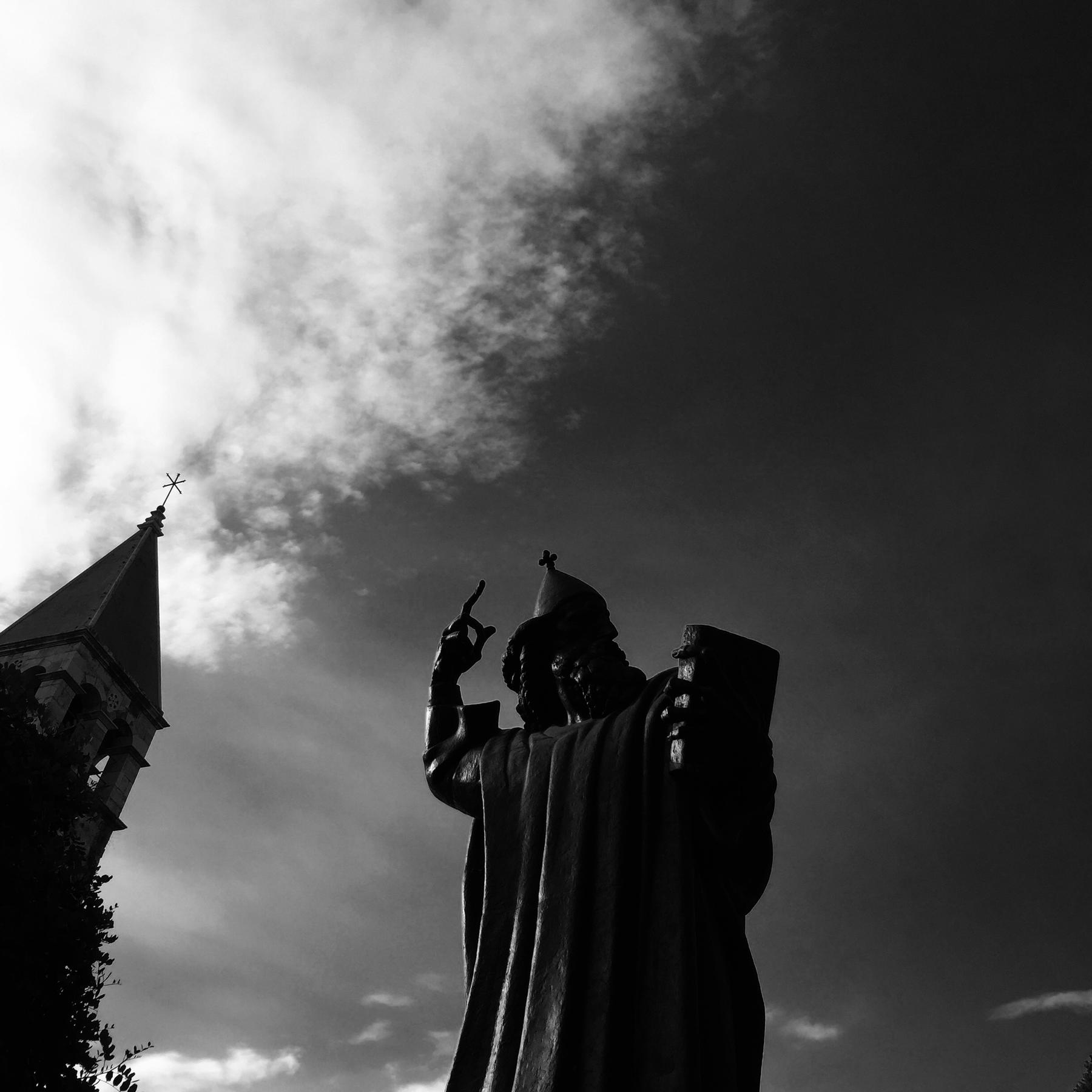 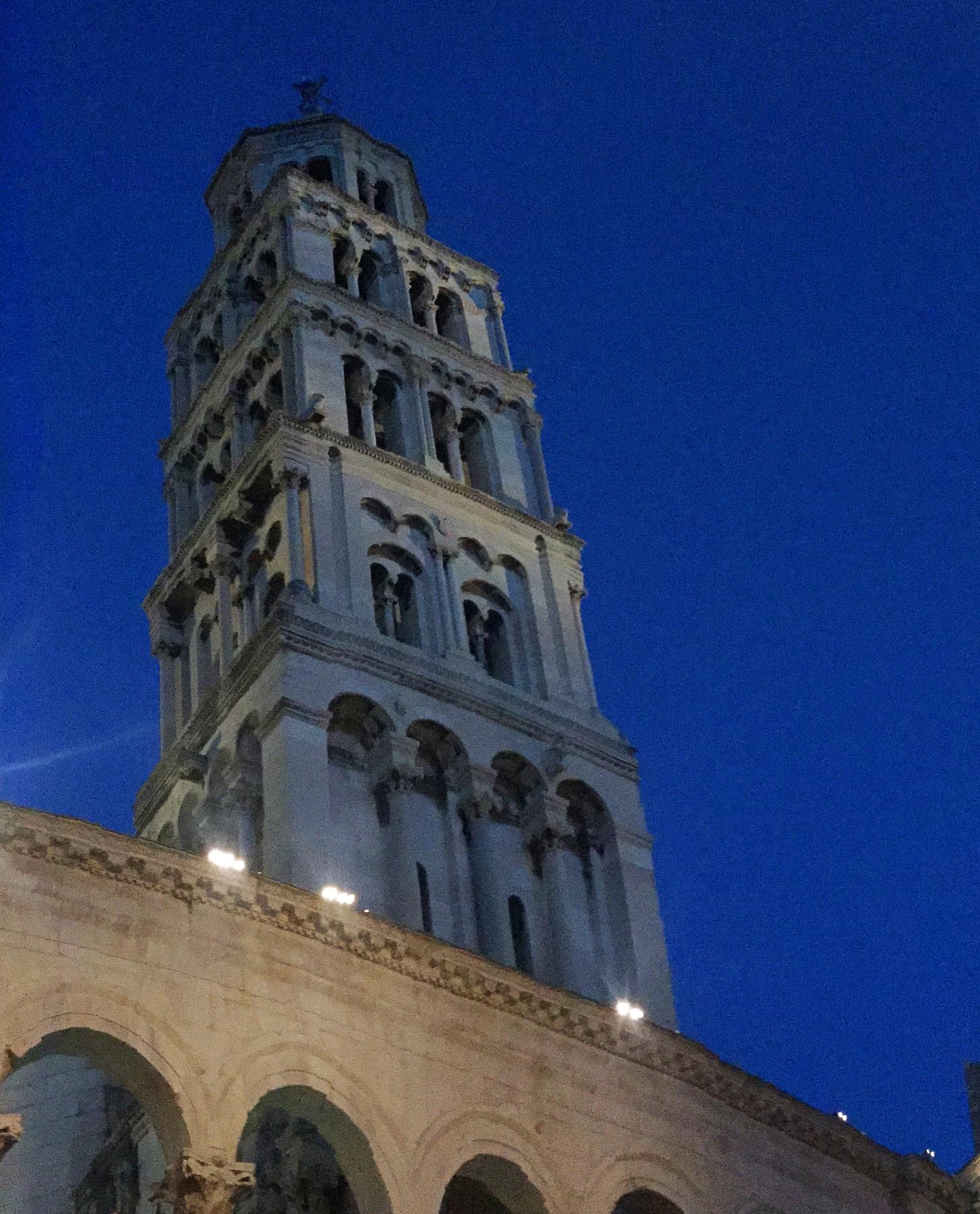 1. Get drunk in an ancient square at Bar Luxor 2. The statue of Gregory of Nin, just outside the Palace. 3. The tower of St. Domnius Holly Rogers

For a digestive, hang out with tourists at Bar Luxor. Really. Sit outside in the main square of the Palace, in the shadow of the cathedral of St. Domnius and have a drink. Yes, you’ll certainly be surrounded by tourists—but, more importantly, you’ll be surrounded by ancient ruins. The setting is pure magic.

Pack a lunch and get ready to walk—head up Marjan Hill. Considered the “lungs of the city,” this verdant Wonderland has a two-hour hiking trail punctuated by a stunning lookout vista. Afterward, head to Kasjuni Beach and bathe in the Adriatic.

Upon returning to the city proper, pull up a chair at Uje Oil Bar for dinner. Croatia has a wealth of beautiful ingredients harvested throughout the country—and is often shockingly affordable. Uje is known for its wide selection of olive oils, but they also serve up excellent locally-sourced Dalmatian cuisine. If you don’t make it for dinner, try stopping by at 11 am for an olive oil tasting.

Remember the recommendation that your car be equipped with sensors? You’ll need those today as you maneuver it onto the ferry to Hvar. It can be a tight squeeze.

The journey from Split to the port of Stari Grad, Hvar lasts two hours and is fairly pleasant. If the weather is nice, try to snag a seat outside.

INSIDER TIPThe ferry is operated by Jadrolinja—you can buy your tickets at the port. Ask where you should line up your car, as it can be confusing.

Once on the island, you’ll drive across it to the city of Hvar proper. And now a warning—hopefully you’re touring the country at shoulder season. During the high season from June through August, Hvar can be an intolerable playground of champagne-chugging, EDM-listening naughty yachties. But, maybe that’s your thing and you won’t mind. You do you.

Wander the main promenade, the Riva, and take in the beauty, grab a bite to eat at one of the many outdoor dining cafes. Pjaca Bar is a safe choice. Yes, these are all largely tourist traps, but you’re there for the view.

Afterward, head over to Hula Hula Bar. This is not a great bar, quite frankly, and it’s recommended that you don’t eat here. But, it’s right on the water—you’re certain to get wet if the surf is rough—and the drinks are strong and it can be strangely happy-making, despite a crowd that seems to think they’re at the MTV Beach House circa 2003.

Since you’re already soaking wet from your proximity to the sea at the Hula Hula, you might as well go for a swim. But first, pick up some water shoes—the shore is stony and very painful to walk on.

For dinner, definitely go to Dalmatino, which is certainly the best restaurant on the island. The ingredients are exquisite and the entrees are surprisingly inexpensive. A filet with foie gras and black truffles, for instance, will set you back only $45.

Today will be long and strange. But worth it. This is a day about a journey, so buckle up.

First things first: get on that Jadrolinja ferry back to Split. Two hours later, drive to Plitvice Lakes, which will take almost three hours. Much of the stretch will not be along the new and glistening highways, but two-lane country roads. Go as slow as you need to be comfortable, and pull over to let other drivers pass. Don’t stress, enjoy the countryside. All will be fine. 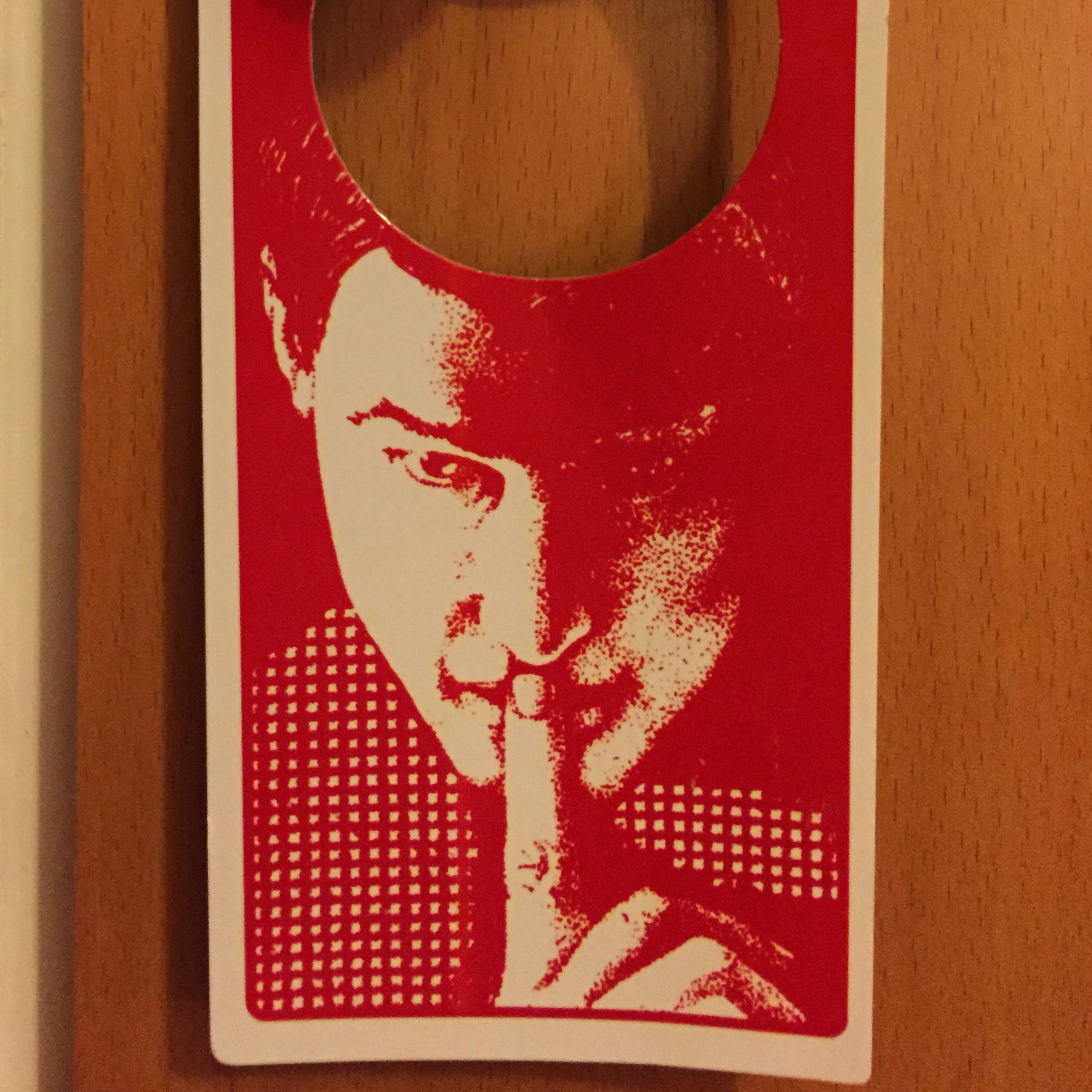 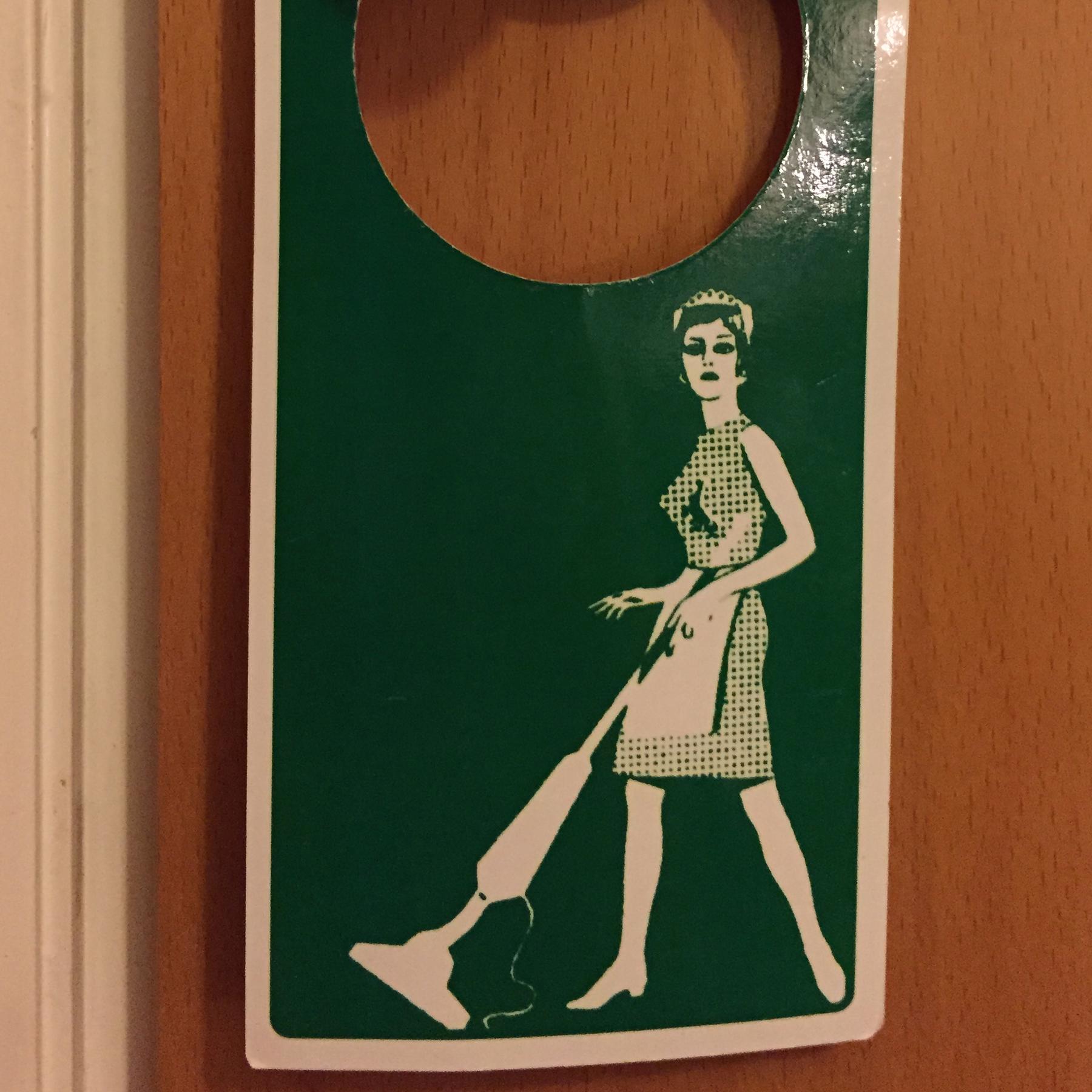 1. These are the horrifying “Do Not Disturb” and “Please Clean Room” door hangers in the Hotel Jezero. Jeremy Tarr

Plitvice Lakes is an awe-inspiring national park. Even those who prefer exploring cities rather than subjecting themselves to nature will find their jaws regularly dropping. It’s that shockingly pretty. But, there’s a big downside—the hotels are all hideous things. Built under Communism, there’s been little updating in the last 30 years. It’s recommended that you grin and bear the Hotel Jezero (which has the most horrifying “Do Not Disturb”/”Please Clean Room” door hangers in existence). Sorry in advance, but it’s the best you’ll do.

And though you’ve traveled all day just to see this park, wait until Day 7. Today, you’re going to Bosnia! 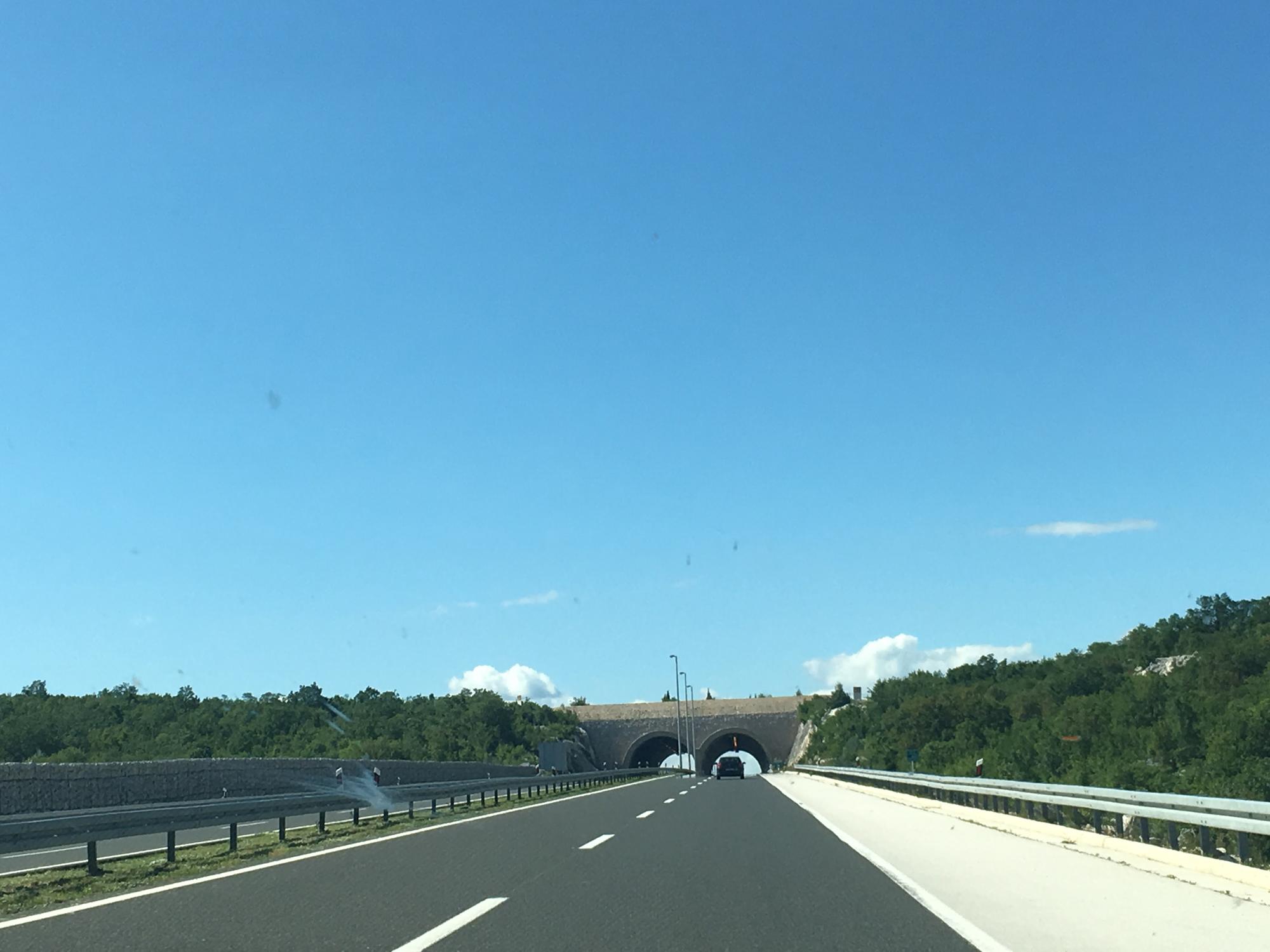 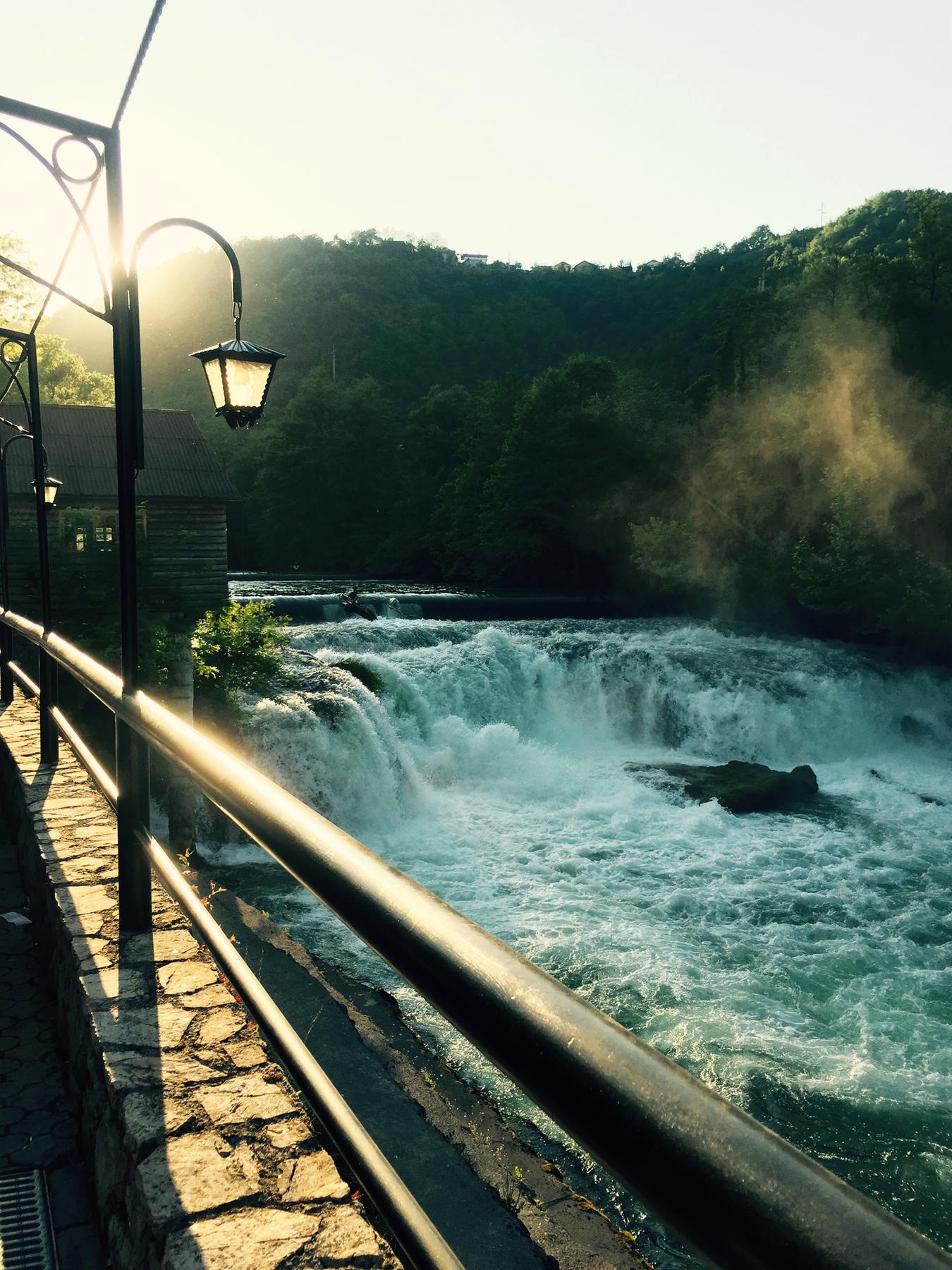 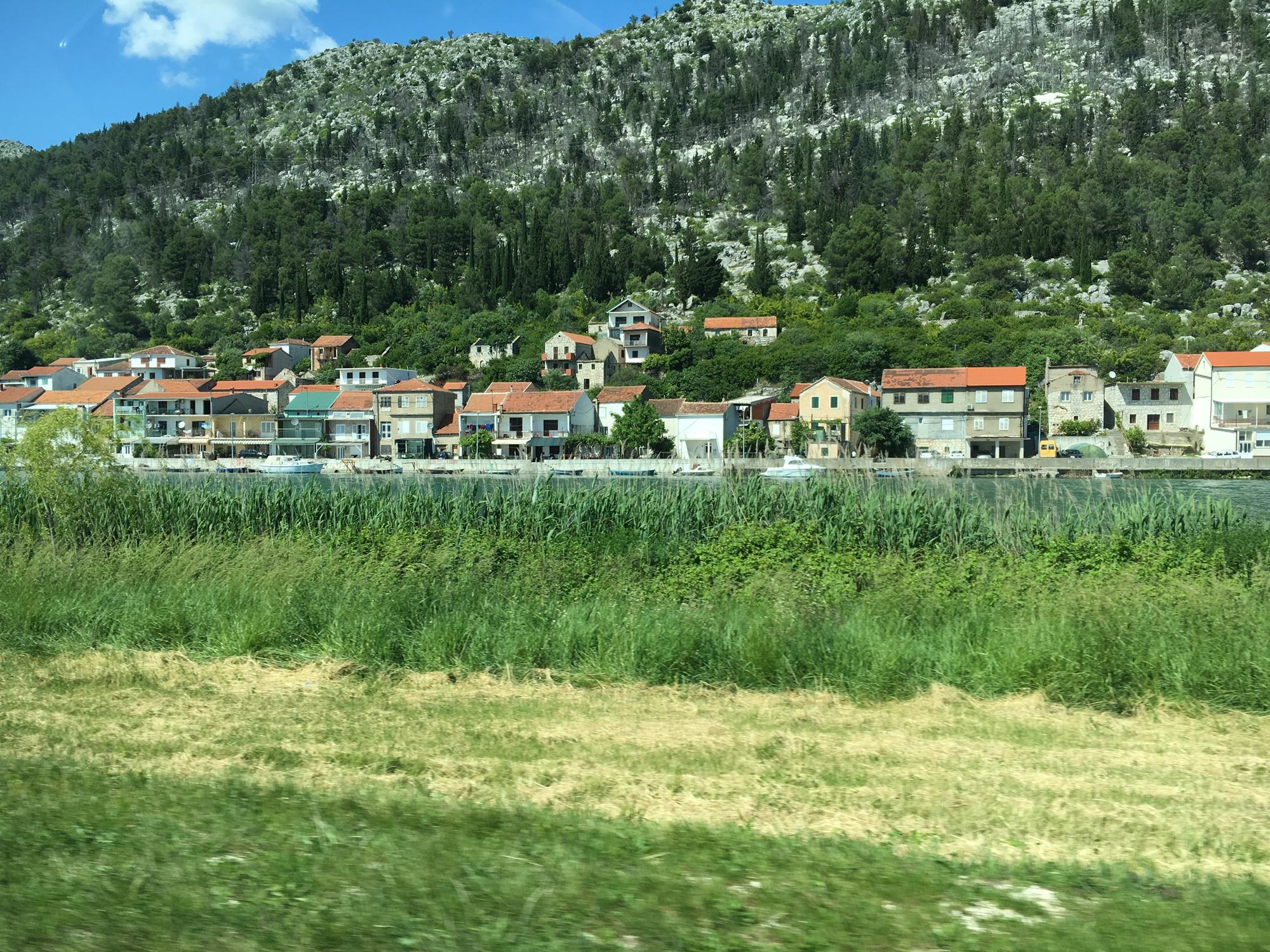 The Bosnian border is only eight kilometers away and, trust this traveler, the food in Bosnia is infinitely better than anything you’ll find in Plitvice Lakes. Head to the town of Bihac, following the bends of the Una River to Restaurant Kostelski Buk. This meal will be shockingly cheap and they take credit cards. Do not leave here without eating the polenta. Eat as much polenta as you can. You’ll want to eat all the polenta. Eat all the polenta.

INSIDER TIPThough tap water in Croatia is safe to drink, there are conflicting reports as to whether it’s advisable to drink it in Bosnia. The author avoided it and recommends that you might as well, too. You’re only there for dinner, have a beer. Or, if you’re the driver, have a sparkling water.

Wake up early, eat breakfast at the dilapidated Communist hotel, check out, leave your bags at the front desk, and head directly to Plitvice Lakes. Go as soon as it opens—the time can vary depending on the season, but usually between 7-8 am. It will become uncomfortably crowded if you go too late. You’ll want to be alone in the majesty.

Though it’s possible to spend a day there, you can comfortably see most of it within four hours. Besides, there’s a three-hour drive ahead of you.

There are a lot of small, beautiful coastal cities throughout Croatia—so, why Rovinj over, say, Pula or Porec or Rijeka? It’s simple: food. Remember that subpar Michelin-starred fare in Dubrovnik? Rovinj is home to the first restaurant in Croatia crowned with a star and, this time, it’s well-deserved.

Monte is the real deal. It’s comparable to the Michelin-starred restaurants of Italy, but cheaper. It offers modern European cuisine with only the best of ingredients, at half the price—a five-course tasting menu is 694 Croatian kuna, or roughly $115. 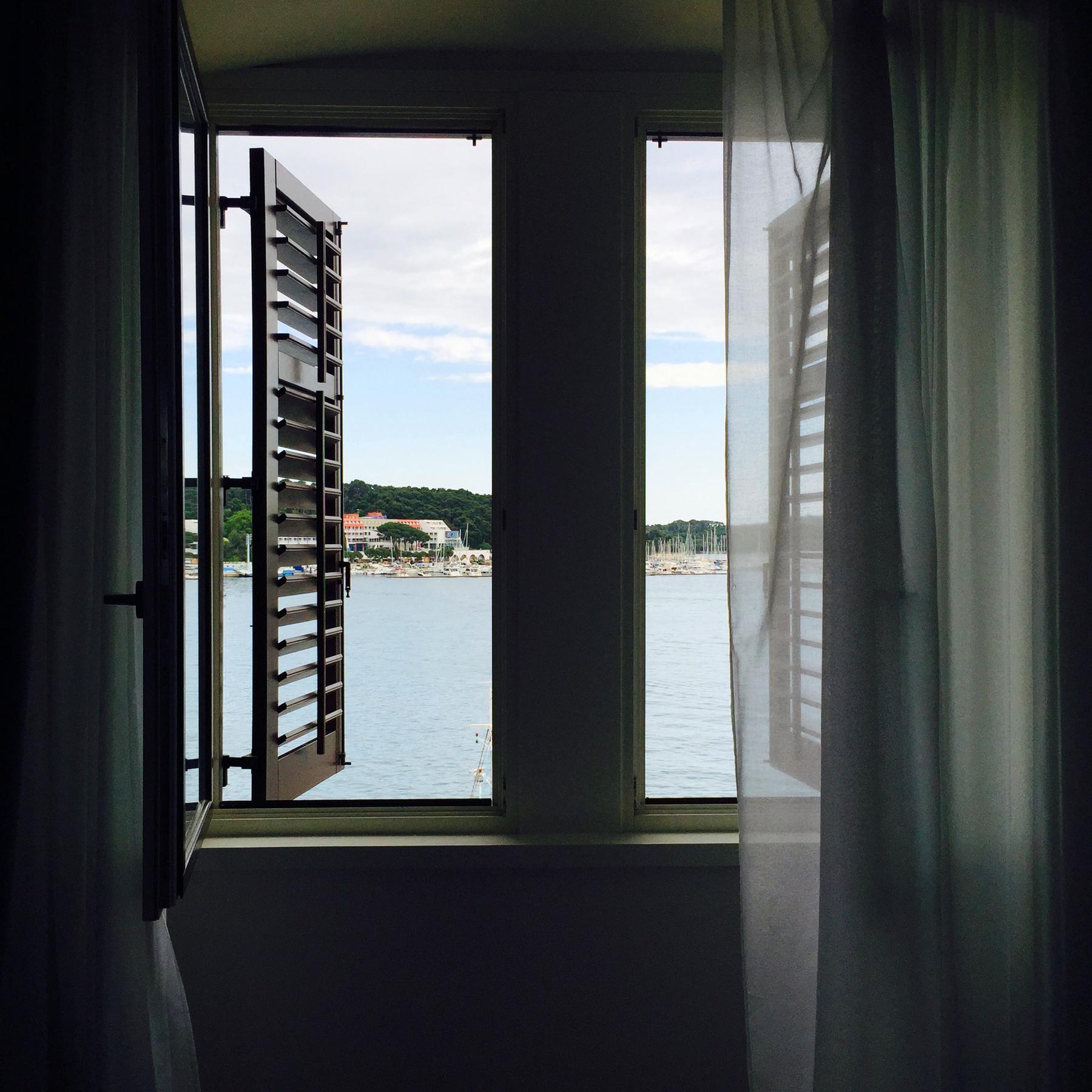 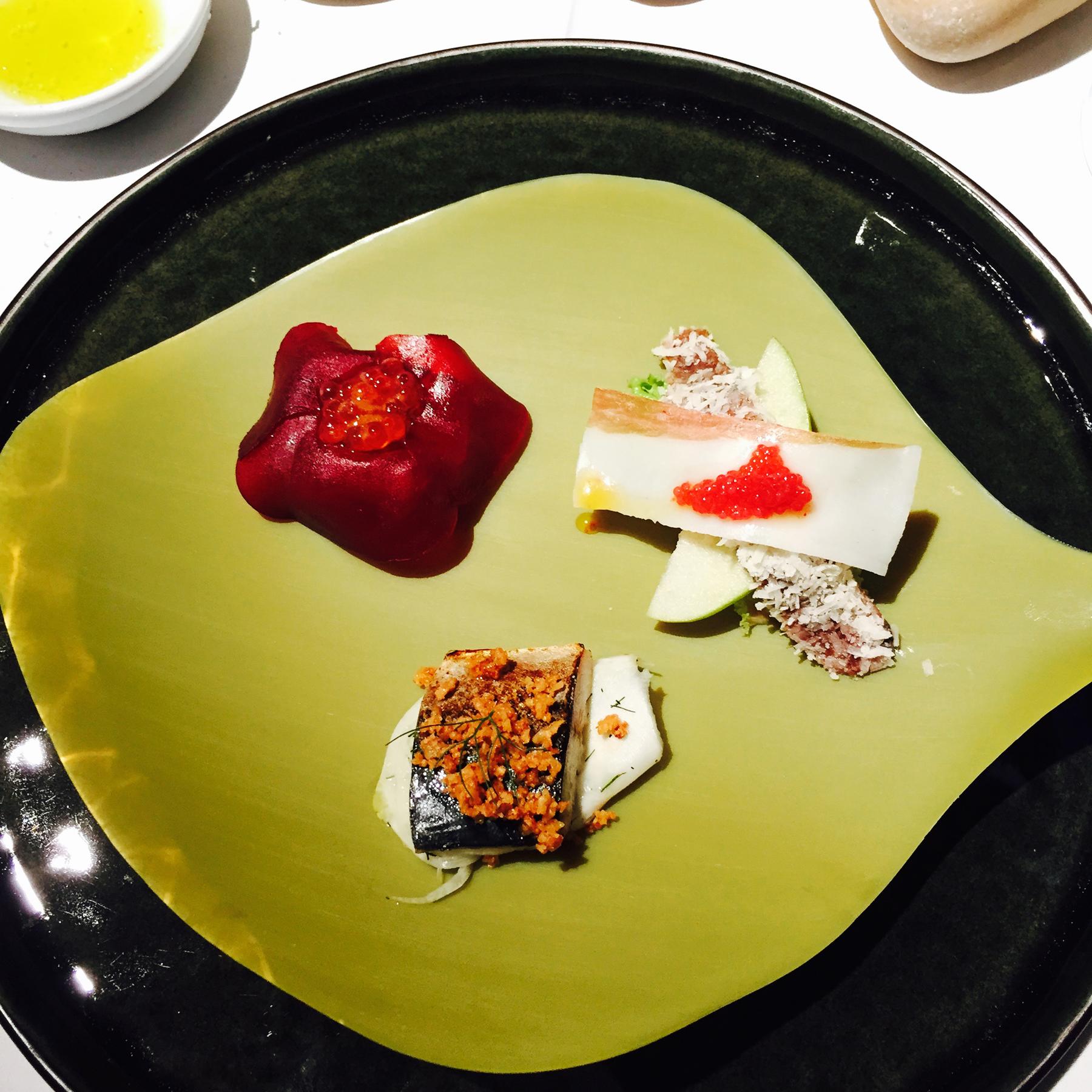 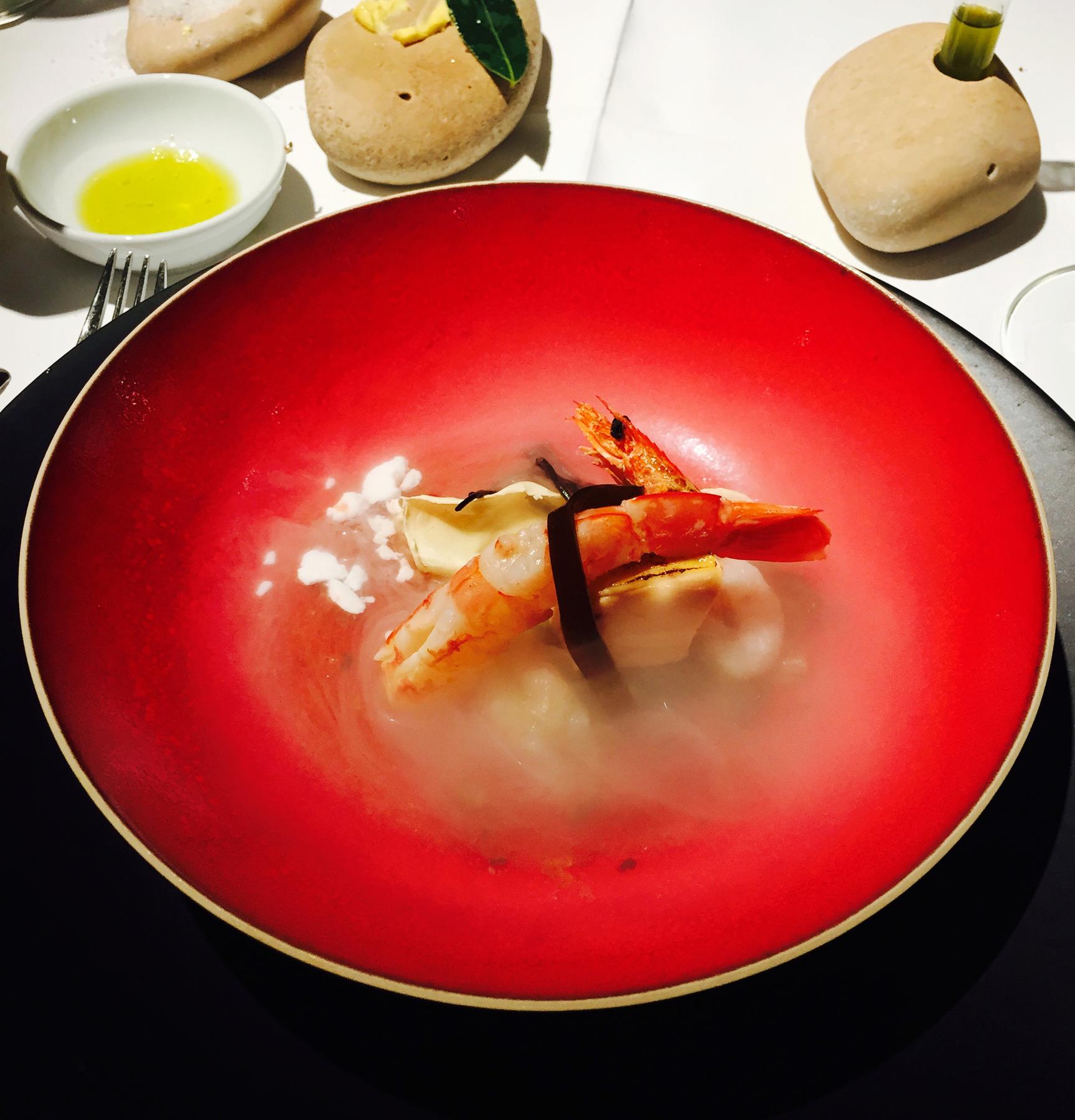 Beyond Monte, Rovinj is a charming Istrian fishing village. Its fields are a maze of vineyards, producing impeccable wines. There are enclaves of artists and galleries and artisanal oil- and truffle-mongers. And, it has one of this author’s favorite hotels in all of Europe: the Adriatic Hotel. This is a sleekly-designed property with top-notch service. It’s elegant without aloofness, trendy without pompousness. And, after a night in that Communist horrorshow, it’s a welcome escape.

Rovinj is a lovely, relaxing end to what is hopefully a lovely, relaxing week. Though it could definitely go longer—seven days isn’t really enough—it should be enough time to get a feel for this gloriously alluring country. But, for this itinerary, we’re reaching the sad, sad end.

Continue north, cross the border into Slovenia, and then into Italy and in under two hours you’ll find yourself in Trieste, which has an international airport. As it can be more expensive to leave your car in another country, alternately, you can take the train. Should you wish to extend your trip by another couple days or depart from a larger airport, Venice is only a three-hour drive from Rovinj. Once on the plane, cry yourself to sleep as you wave farewell.