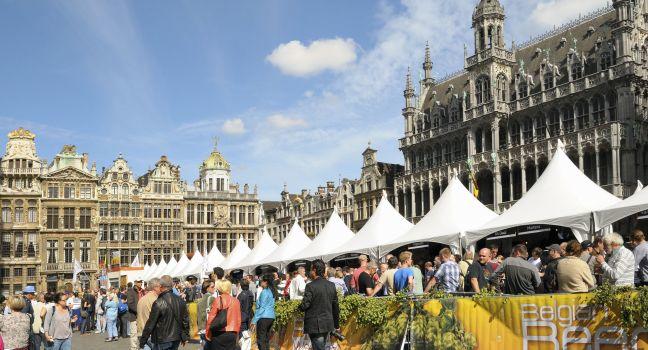 This jewel box of a square is arguably Europe's most ornate and most theatrical. It's a vital part of the city—everyone passes through at some point. At night the burnished facades of the guild houses and their gilded statuary look especially dramatic: from April to September, the square is floodlighted after sundown with waves of changing colors, accompanied by music. Try to be here for the Ommegang, a magnificent historical pageant re-creating Emperor Charles V's reception in the city in 1549 (the first Tuesday and Thursday in July), or for the famed Carpet of Flowers, which fills the square with color for four days in mid-August in even-numbered years. You'll also find a flower market, frequent jazz and classical concerts, and in December, under the majestic Christmas tree, a life-size crèche with sheep grazing around it.

Book an Experience at Brussels VIEW ALL