Burgenland's provincial capital, Eisenstadt, is a really small town. Nevertheless, it has an illustrious history and enough sights to keep you busy for a half day, if not quite a full one. Although the town has existed since at least the 12th century, it only rose to significance in the 17th century when it became the seat of the Esterházys, a princely Hungarian family that traces its roots to Attila the Hun. The original Esterházy made his fortune by marrying a succession of wealthy landowning widows. Esterházy’s support was largely responsible for the Habsburg reign in Hungary under the Dual Monarchy. At one time the family controlled a far-flung agro-industrial empire, and it still owns vast forest resources. The composer Joseph Haydn lived in Eisenstadt for some 30 years while in the service of the Esterházy family. When Hungary ceded Burgenland to Austria after World War I, its major city, Sopron, elected to remain a part of Hungary, so in 1925 tiny Eisenstadt was made the capital of the new Austrian province.

Eisenstadt’s main draw is the former palace, Schloss Esterházy, and the tourist office can tell you about its other attractions, including the Museum of Austrian Culture, the Diocesan Museum, the Fire Fighters Museum, Haydn's little garden house, and an assortment of churches.

Elsewhere In Vienna Woods, Lake Neusiedler, and the Danube River

The Weinstrasse brings you to the serenely elegant spa town of Baden. Since antiquity, Baden's sulfuric thermal baths have attracted both the...

Carnuntum and Hainburg an der Donau

Until a few years ago, the village of Carnuntum was a yawning backwater on the Austrian plain and, along with its slightly larger neighbor,...

If a beauty contest were held among the towns along the Wachau Danube, chances are Dürnstein would be the winner—as you'll see when you arrive...

See All Places In Vienna Woods, Lake Neusiedler, and the Danube River
Trending Stories
Style
9 Things You Need to Know About Austria’s Ball Season–Including How to Scam Your Way in
More
Booze
Wine Lover’s Guide to Austria
More 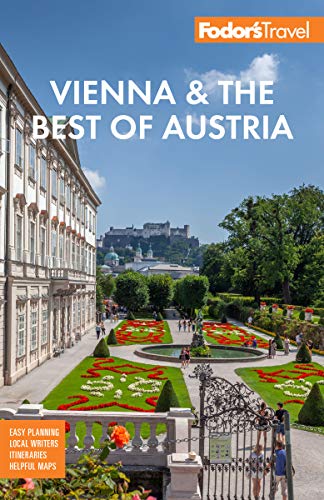 Fodor's Vienna & the Best of Austria: with Salzburg & Skiing in the Alps