I used to avoid destinations I discovered with past romances. Then, in spite of an ill-fated trip with an ex, Puerto Rico called me back.

It was better than anything pictured in a guidebook: after an easy hike, Mark and I came upon a waterfall flowing into a deep natural pool. Amid the forest teeming with life, we stripped down to our underwear and jumped into the clean water. I found myself enveloped in sudden cold; the frogs incessant chirping suddenly silenced. It was the first peace I’d experienced in days. Eventually, I pushed my way back toward the bright surface, warmed by the sun. The El Yunque National Forest, the lush tropical rainforest in the northeast of Puerto Rico, was a true paradise. With the right person, the moment would have been magical.

As it was, I was with a soon-to-be ex (cue sad trombone).

In retrospect, it’s clear to see the predicament was of my own making. Some weeks earlier, I’d been desperate to squeeze in a little more time in the sun before the start of my second year as a school teacher, and so I booked a last-minute trip to San Juan, Puerto Rico for myself and my then-boyfriend. Never mind that Mark was unemployed. I would pay for everything. I told myself I didn’t mind— and maybe I wouldn’t have, had Mark not insisted on heading to the casino just as soon as our taxi pulled up to the resort. I could’ve let that go, maybe, had Mark not stumbled back drunk, never mind the fact that he was supposedly sober in a program of recovery.

Our first full day on the island, I clenched my teeth and dragged him down the cobblestone streets among the vibrantly colored Spanish colonial buildings of Old San Juan, determined to enjoy myself. But by that evening, back at the hotel room after a fancy dinner out on my dime, Mark was drunk again. Instead of enjoying dessert poolside, or relaxing in one of the numerous hot tubs dotting the resort property, I was in tears and Mark, tired of my nagging, was on the phone with the airlines, trying unsuccessfully to change his return ticket to an earlier flight.

The next morning—just before we called a temporary truce, rented a car, and drove to El Yunque National Forest—I walked the romantic beach alone, seriously reassessing my life choices. In spite of the magical time we’d have that afternoon, it was clear my days with Mark were numbered.

Mark and I may not have been a love connection, but I had fallen in love with San Juan. When co-workers asked what I’d done on my summer vacation, I enthusiastically recalled all that makes Puerto Rico one of the most popular destinations in the Caribbean. Popularly known in Spanish as “la isla del encanto,” meaning “the island of enchantment,” Puerto Rico is celebrated for its beautiful beaches, flavorful food, and a laid-back vibe. It was the kind of destination where, in one long weekend, one can appreciate a little of everything— from its urban settings rich with culture to its environmental wonders. 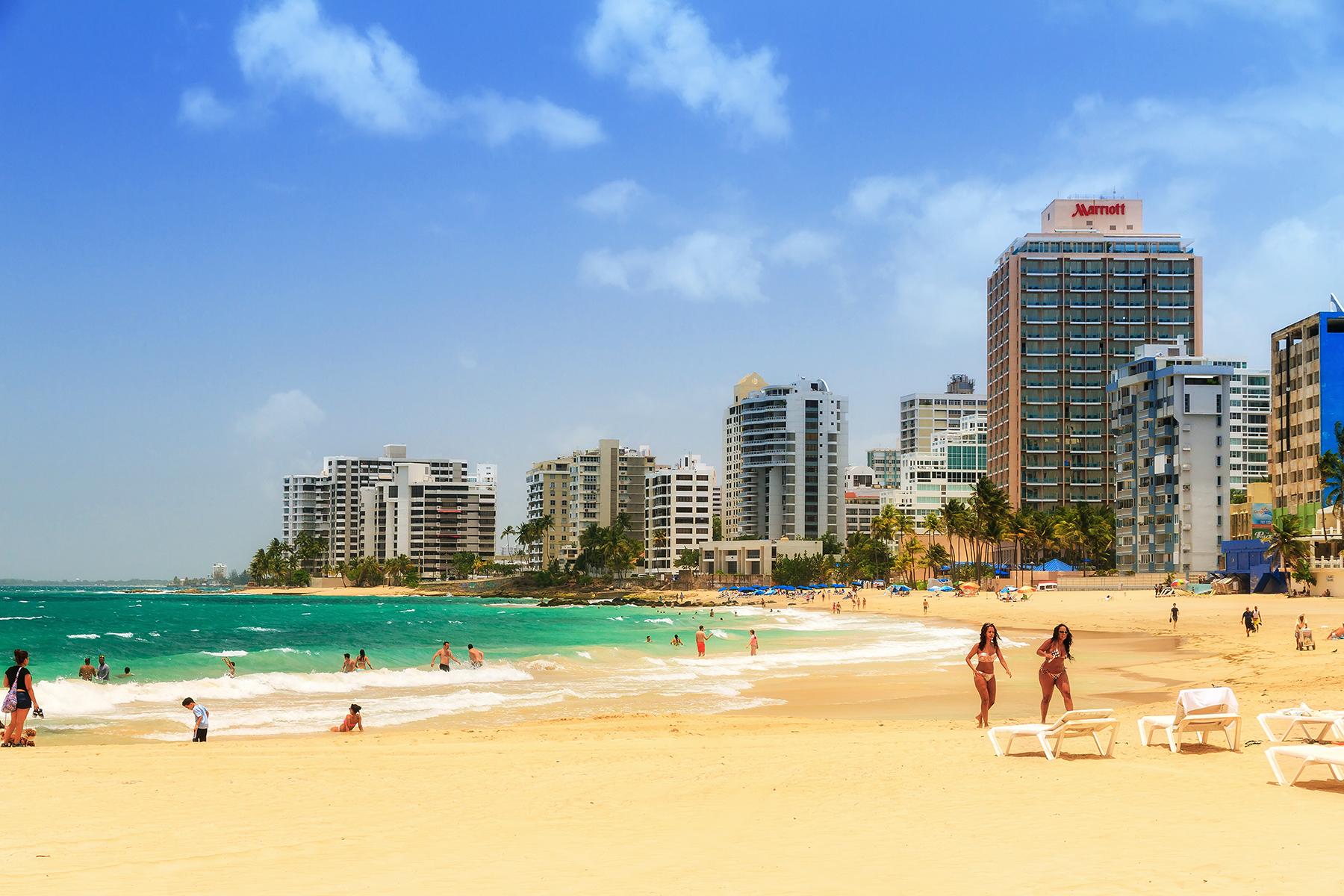 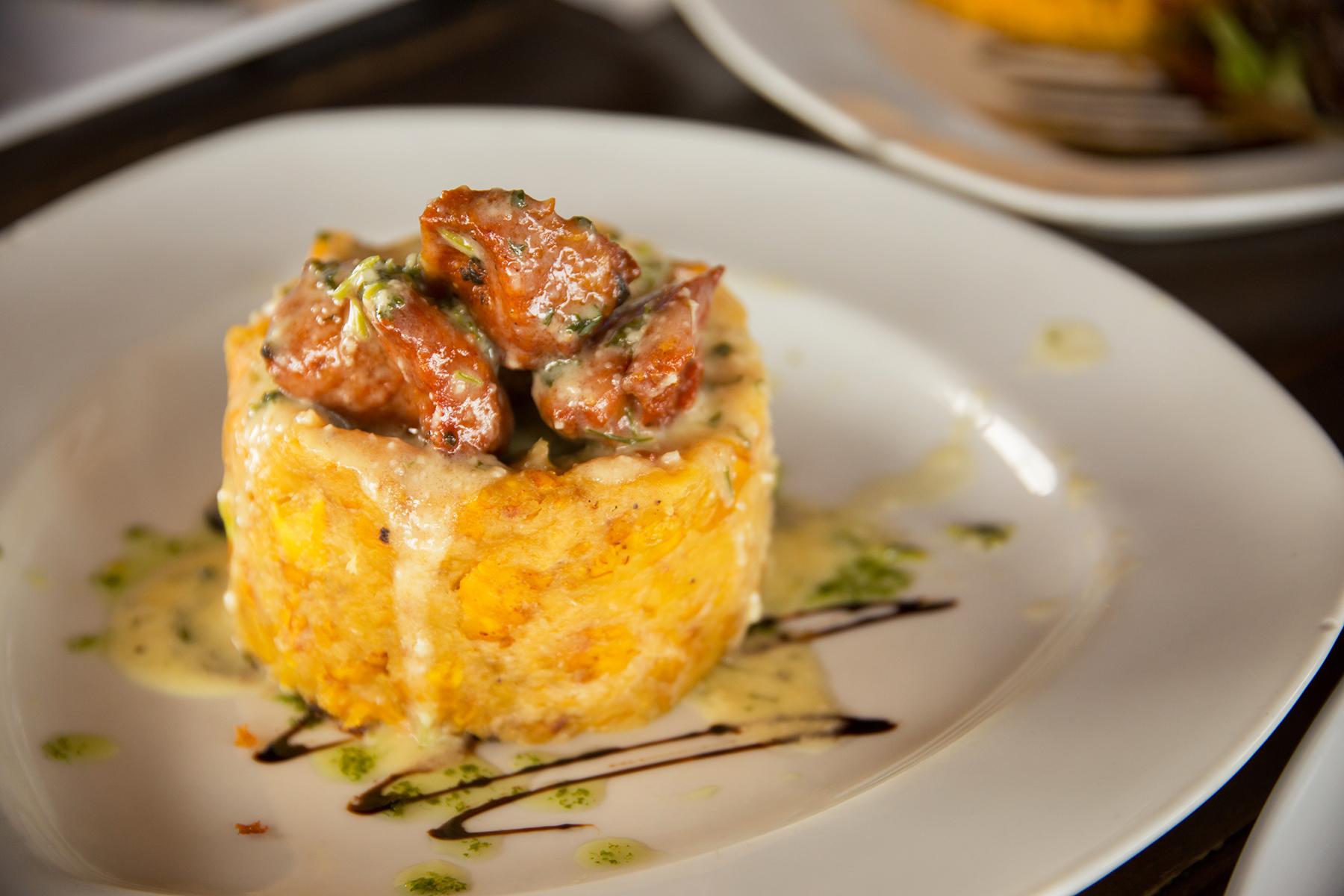 Some years later, Mark was a bad memory, but I still thought fondly of San Juan. I fantasized about taking my then-boyfriend, Arran, back to La Concha, the luxury resort where Mark and I had stayed. Arran was the type of guy who’d appreciate the Condado district’s perfect mix of culture and convenience. I imagined the two of us borrowing bikes and riding down the tree-lined pedestrian walkway to the city center and exploring, or just relaxing together on towels in the golden sand steps from our hotel.

But even as I imagined Arran and I enjoying one another’s company in one of La Concha’s ocean view rooms, I never seriously thought it could happen. I took it as a given that you didn’t return to a travel destination you’d discovered with a former partner. Too awkward. No, I didn’t repeat romantic vacations, especially a trip as emotional as the one I’d endured with Mark.

A month into dating, Arran and I took our first overnight trip together, traveling a couple hours upstate to stay at a bed and breakfast on an animal sanctuary. Later that summer, we rented a cabin in the foothills of the Adirondacks. For my birthday, we escaped the city to a historic coastal village for a couple nights at a luxury boutique hotel. As our relationship heated it up, so did our travel destinations. After a little over a year of dating, Arran introduced me to the country of his mother’s birth, Sri Lanka.

But by far, one of our favorite trips happened the summer before we got married, when Arran took me for a weekend in Montauk, New York— never mind the fact that it had been where he and his ex-wife had honeymooned. When I asked him if he thought it was weird to be returning to a destination he’d shared with someone else, he just shrugged. ”I loved it there,” Arran said, “and I thought you would, too.”

I did. And so—some months after our wedding, for Arran’s 40th birthday—I booked a trip to San Juan. My husband and I stayed at the same hotel where I’d stayed years earlier with my ex, and in a similar oceanfront room. We had dinner at the same restaurant, Perla–this time, rather than feel distracted by my bad company, I enjoyed the old-school glamor of the dining room, which is designed to give the feeling of sitting inside a shell. The following day, Arran and I explored the historic city center. Instead of bickering, as I’d done with Mark, we enjoyed a lunch of a traditional mofongo, admired the street art which decorates the side of many buildings, and made friends with the many stray cats that call the streets of Old San Juan home. Hesitations aside, I introduced my husband to all the places I remembered—and we discovered new places together as well.

By luck, we wandered into The Mezzanine at St. Germain, which features fabulous tapas and signature cocktails shaken in vintage, speakeasy-like surroundings. Our second night, we ate dinner at Oceano, an upscale yet unpretentious restaurant housed in a modern mansion featuring innovative takes on traditional Caribbean cuisine and Instagram-worthy ocean views. The next day, we braved the lines at Vagon, a food truck parked on Ashford Avenue celebrated for serving some of the best fish tacos in PR. On Arran’s birthday, we splurged for side-by-side massages at the Spa at Condado Vanderbilt.

Five years ago, I was afraid repeating the trip would trigger complicated feelings, and not live up to my expectations; instead, PR was even was better than I remembered. Of course everything is twice as nice when you’re as in love with your traveling companion as you are with the setting. My husband and I may not have discovered the island together, but Puerto Rico has become “our” place.