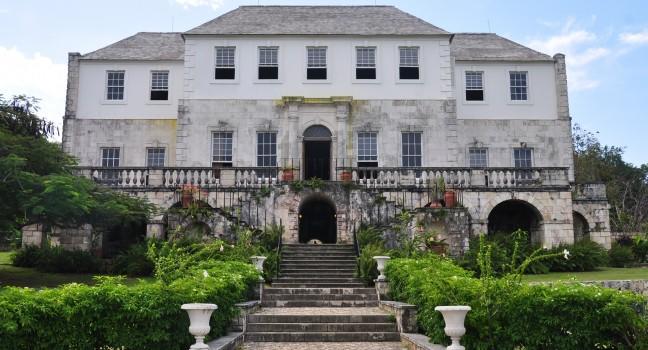 In the 1700s it may well have been one of the greatest great houses in the West Indies. Today it's popular less for its architecture than for the legend surrounding its second mistress, Annie Palmer. As the story goes, she was born in 1802 in England, but when she was 10, her family moved to Haiti. Soon after, her parents died of yellow fever. Adopted by a Haitian voodoo priestess, Annie became skilled in the practice of witchcraft. She moved to Jamaica, married, and became mistress of Rose Hall, an enormous plantation spanning 6,600 acres with more than 2,000 slaves. You can take a spooky nighttime tour of the property—recommended if you're up for a scare—and then have a drink at the White Witch pub, in the great house's cellar. The house is 15 miles (24 km) east of Montego Bay.