The Bahamas' largest island (100 miles long and 40 miles wide) and one of the least explored, Andros's landmass is carved up by myriad channels, creeks, lakes, and mangrove-covered cays. The natural Northern, Middle, and South bights cut through the width of the island, creating shallow boating access between both coasts. Andros is best known for its bonefishing and diving, and is also a glorious ecotourism spot with snorkeling, blue-hole exploration, sea kayaking, and nature hikes.

The Spaniards who came here in the 16th century called Andros La Isla del Espíritu Santo—the Island of the Holy Spirit—and it has retained its eerie mystique. The descendants of Seminole Indians and runaway slaves who left Florida in the mid-19th century settled in the North Andros settlement of Red Bays and remained hidden until a few decades ago. They continue to live as a tribal society, making a living by weaving straw goods. The Seminoles originated the myth of the island's legendary (and elusive) chickcharnies—red-eyed, bearded, green-feathered creatures with three fingers and three toes that hang upside down by their tails from pine trees. These mythical characters supposedly wait deep in the forests to wish good luck to the friendly passerby and vent their mischief on the hostile trespasser. The rest of Andros's roughly 8,000 residents live in a dozen settlements on the eastern shore. Farming and commercial fishing sustain the economy, and the island is the country's largest source of freshwater.

Andros's undeveloped West Side adjoins the Great Bahama Bank, a vast shallow-water haven for lobster, bonefish, and tarpon. Wild orchids and dense pine and mahogany forests cover the island's lush green interior. The marine life–rich Andros Barrier Reef—the world's third largest—is within a mile of the eastern shore and runs for 140 miles. Sheltered waters within the reef average 6 to 15 feet, but on the other side ("over the wall") they plunge to more than 6,000 feet at the Tongue of the Ocean.

Andros probably has the largest number of dive sites in the country. With the third-longest barrier reef in the world (behind those of Australia

Remote Mangrove Cay is sandwiched between two sea-green bights that separate it from Central and South Andros, creating an island of shorelines strewn with washed-up...

The northern part of Andros spreads from the settlements of Morgan's Bluff, Nicholl's Town, and Red Bays and ends at Stafford Creek. North Andros consists...

Trending Stories
Outdoors
Should You Swim With the Pigs in the Bahamas?
More
Beaches
11 Reasons Why This Small Bahamian Island Should Be Your Next Trip
More 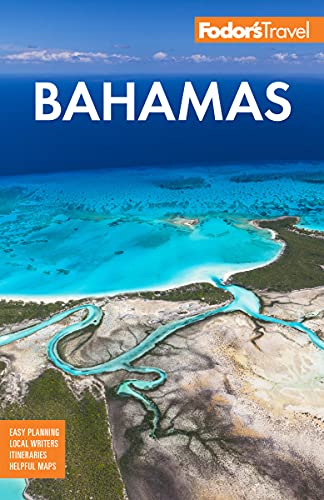