Your guide for eating and drinking like a Kiwi.

Like its citizens, New Zealand cuisine is pretty down-to-earth, and tends to borrow dishes from neighboring regions like Australia and the South Pacific Islands. This range of flavors means the country is home to rare delicacies that you won’t find anywhere else in the world, so it’s worth it to be adventurous in your culinary excursions and try things you’ve never tried before. 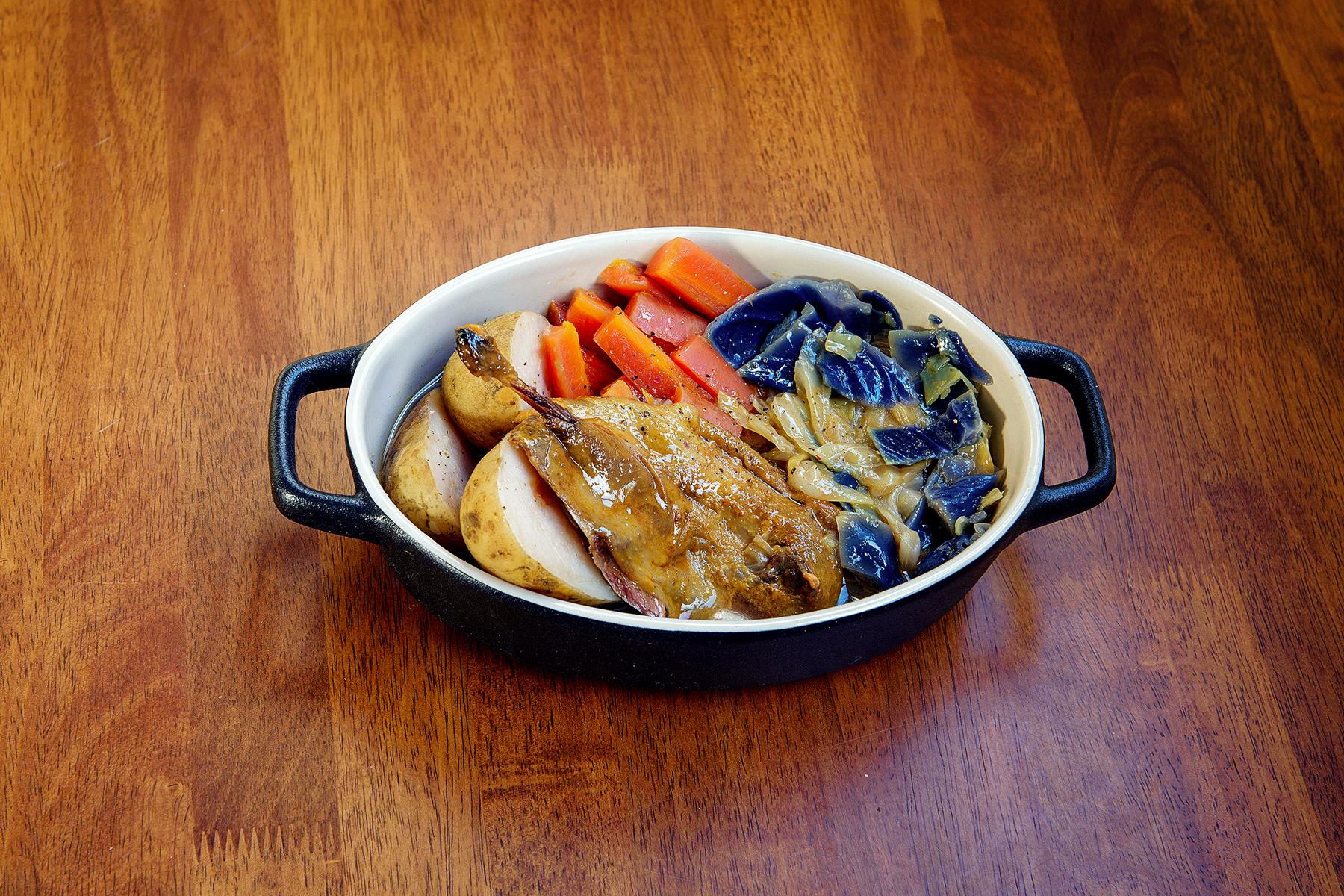 For the person who appreciates a delicacy, muttonbird (also known as sooty shearwater) is a species of seabird that is served saturated in bull kelp and tastes as briny as if it came straight from the ocean. The more south you travel, the fresher it gets, since muttonbirds are mostly found on Australia’s Muttonbird Island, located off the coast of Stewart Island. It’s very rarely even talked about outside of Australia and New Zealand, so this is certainly one flavor you can’t get elsewhere. 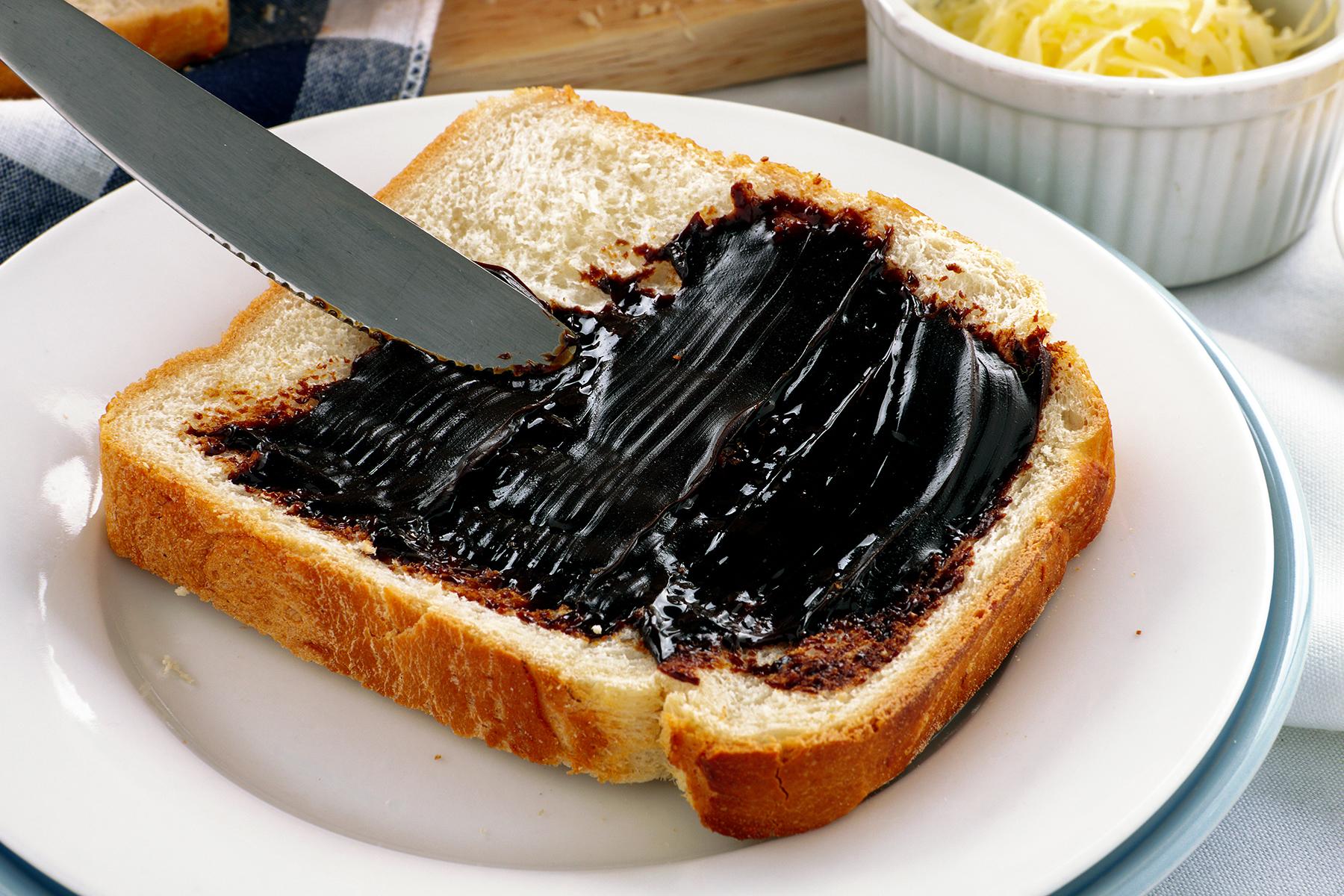 A condiment as common as peanut butter and jelly in the States, New Zealanders put vegemite on their toast in the morning or snack on it any time of the day. (You might also hear about its close cousin, Marmite, which is the same flavor, but with a different name). This thick black spread is made from leftover brewers’ yeast extract with various spices added in, and often has a bitter saltiness. This means it’s an acquired taste (don’t just go for a straight spoonful out of the jar), but add it to your toast with some eggs and bacon, and it just might inspire your taste buds. 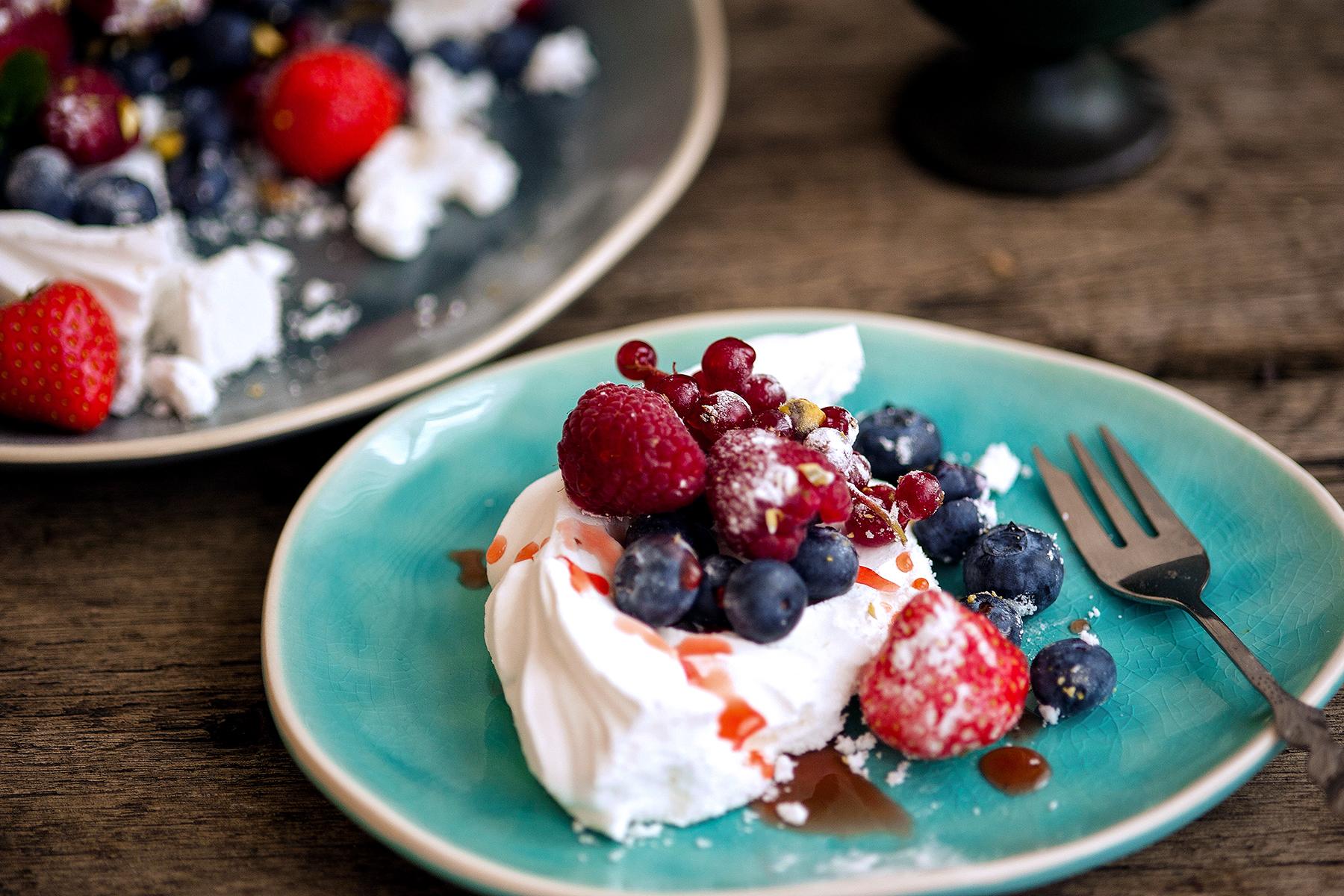 This is a meringue-based dessert with a soft inside and a crispy crust on the outside, served with whipped cream and fruit on top. This is quite contrary to what Americans know as meringue, which has a more solid consistency throughout. It’s named after the Russian ballerina Anna Pavlova who visited New Zealand and Australia in the 1920s on a world tour. It’s typically a dessert made during the holidays at home, but it’s well worth it to try at a bakery with tea or as a post-dinner treat. 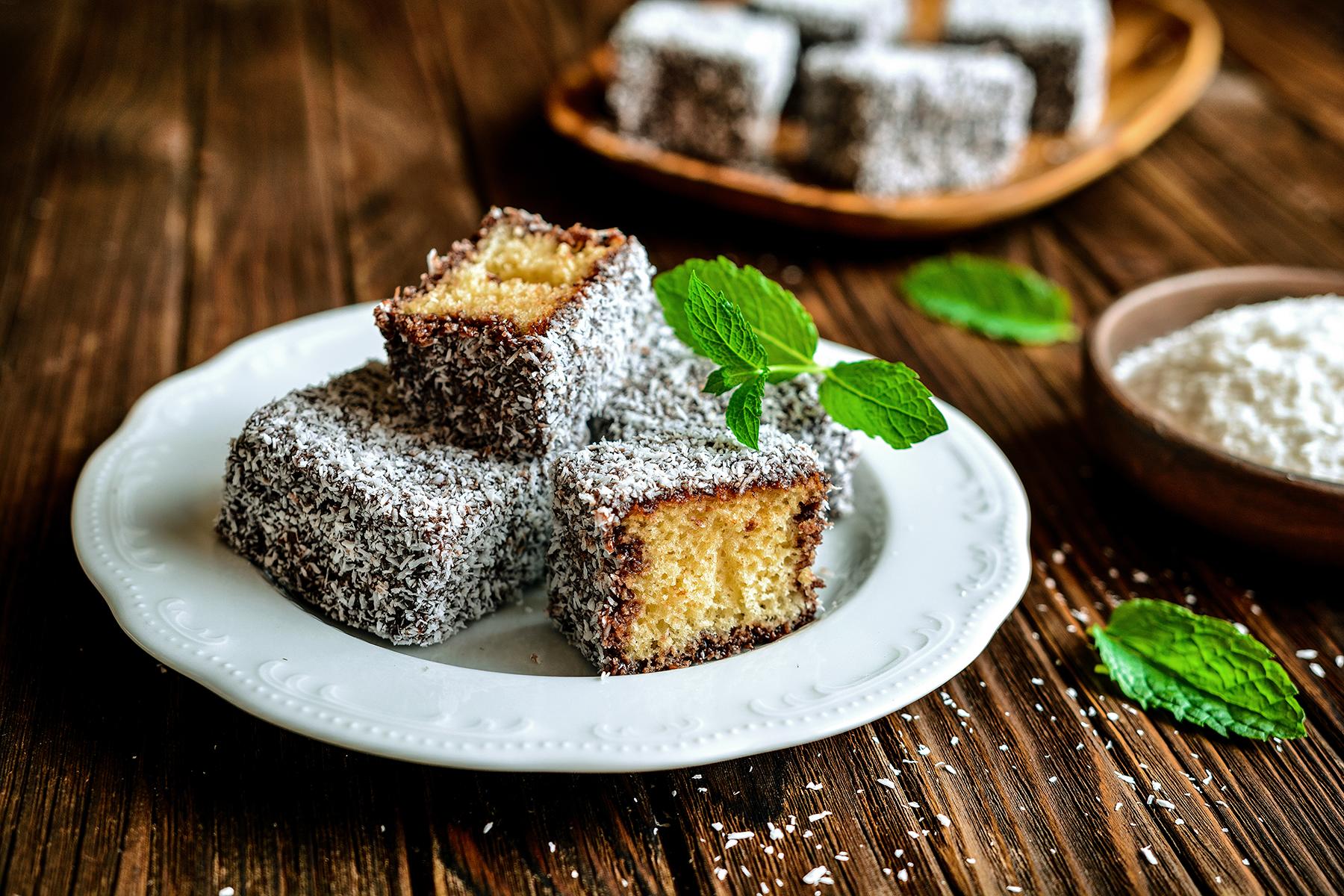 For the chocolate and coconut lover, lamingtons are a dessert originated in Australia, consisting of butter or sponge cake with an outer coating of chocolate sauce rolled in desiccated coconut. Sometimes there’s a filling of cream or strawberry jam. They’re a tasty treat for any time of the day, but are mostly served with tea or as an evening dessert. 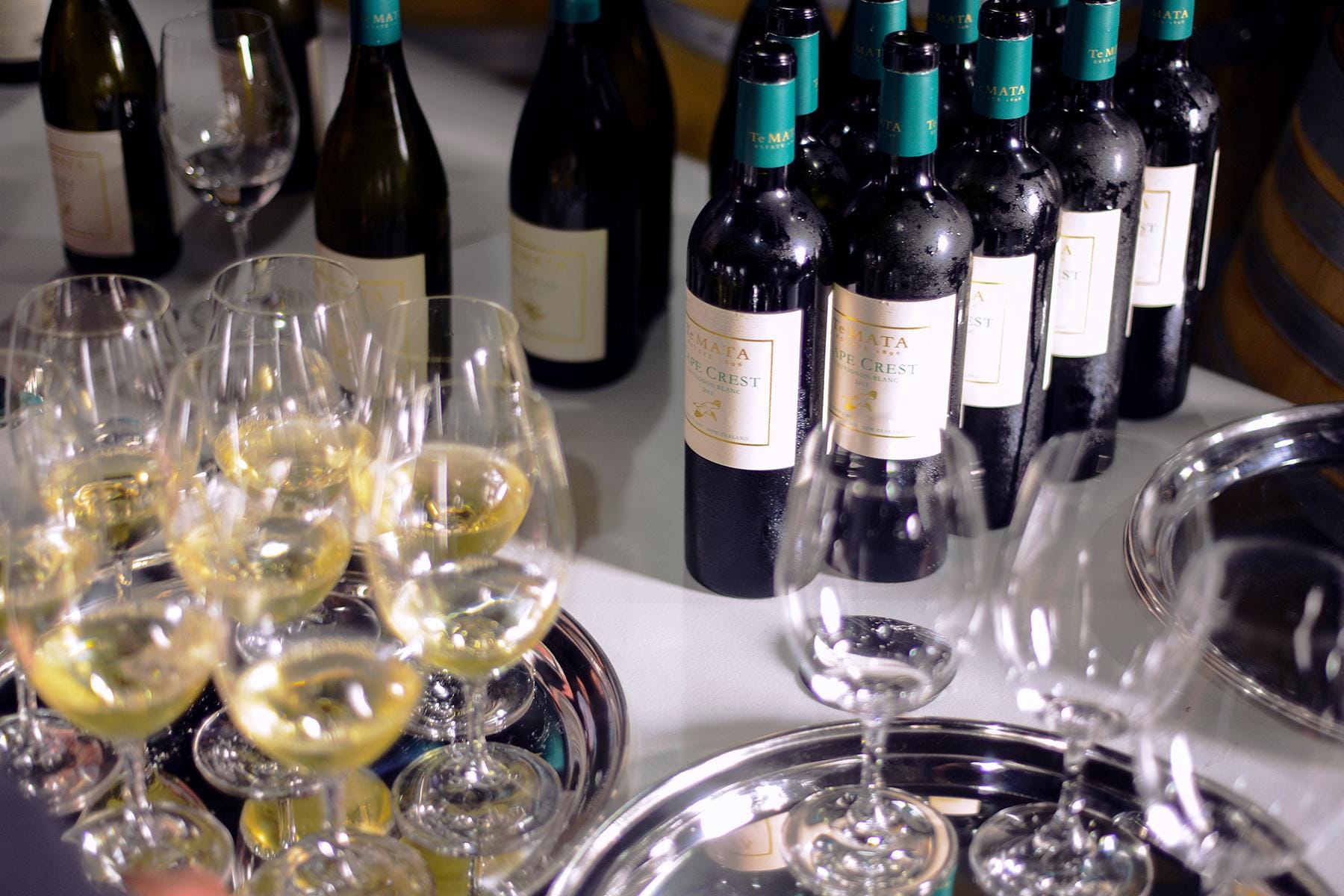 For the wine connoisseur, having a glass of wine for lunch or dinner every day is highly recommended for your New Zealand experience. Although grapes from each of the country’s various wine regions are offered all over, it would be fitting to indulge in a wine that is closest to the region you’re visiting. If you’re looking for a unique experience, try seeking out a private vintner by asking around locally. The most popular wine regions are Marlborough, Hawke’s Bay, Gisborne, and Central Otago, although there are many smaller regions to be found in both the north and south islands. While nearly every varietal of both whites and reds can be found here, New Zealand is most famed for its Sauvignon Blancs and Pinot Noirs. 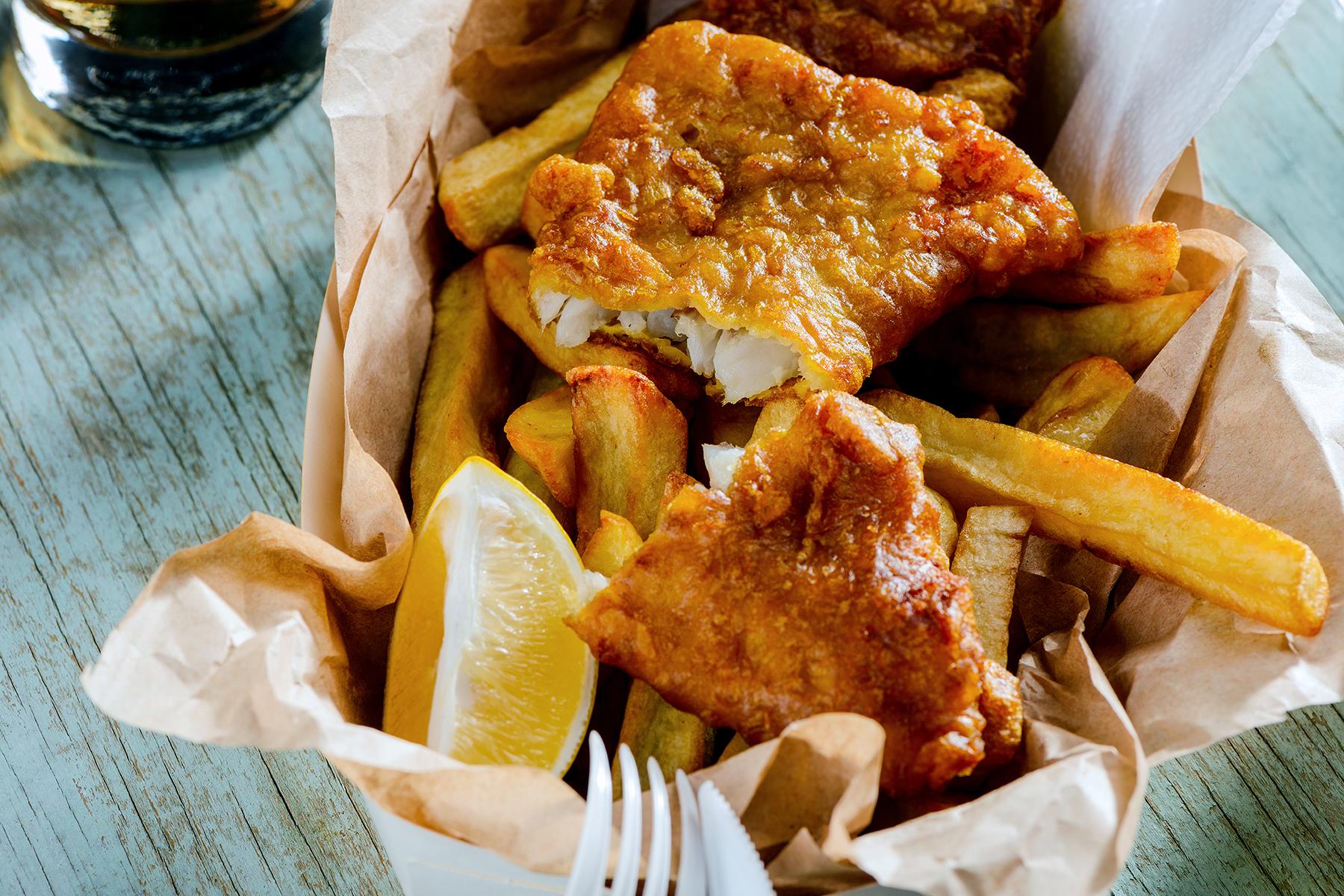 New Zealand is a huge fishing country. The industry helps keep the economy afloat thanks to its heavy contribution to international commerce and employment. You’d be remiss if you didn’t try a local fish-and-chips meal while you’re here, especially if you’re visiting a small town. It’s also a great take-out option in many cities. 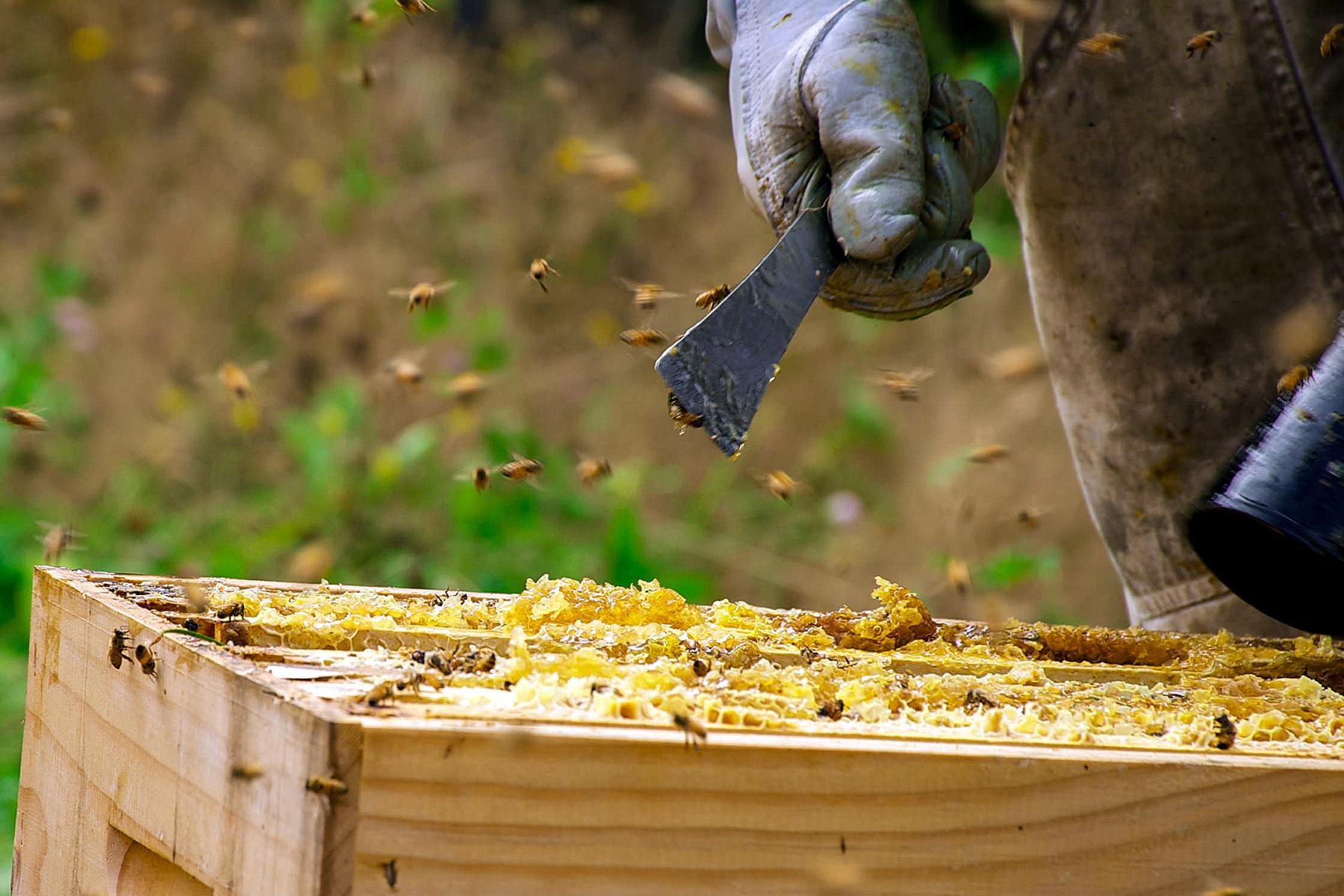 You may have seen manuka honey in American stories, but it’s probably been quite pricey since it comes all the way from New Zealand and Australia. Produced by bees that pollinate the manuka bush, manuka honey is used in all sorts of medicines, beauty products, and herbal remedies. Bring home a jar for your kitchen; it’s a tasty natural sweetener and a spoonful is great if you feel like you’ve got a cold coming on. 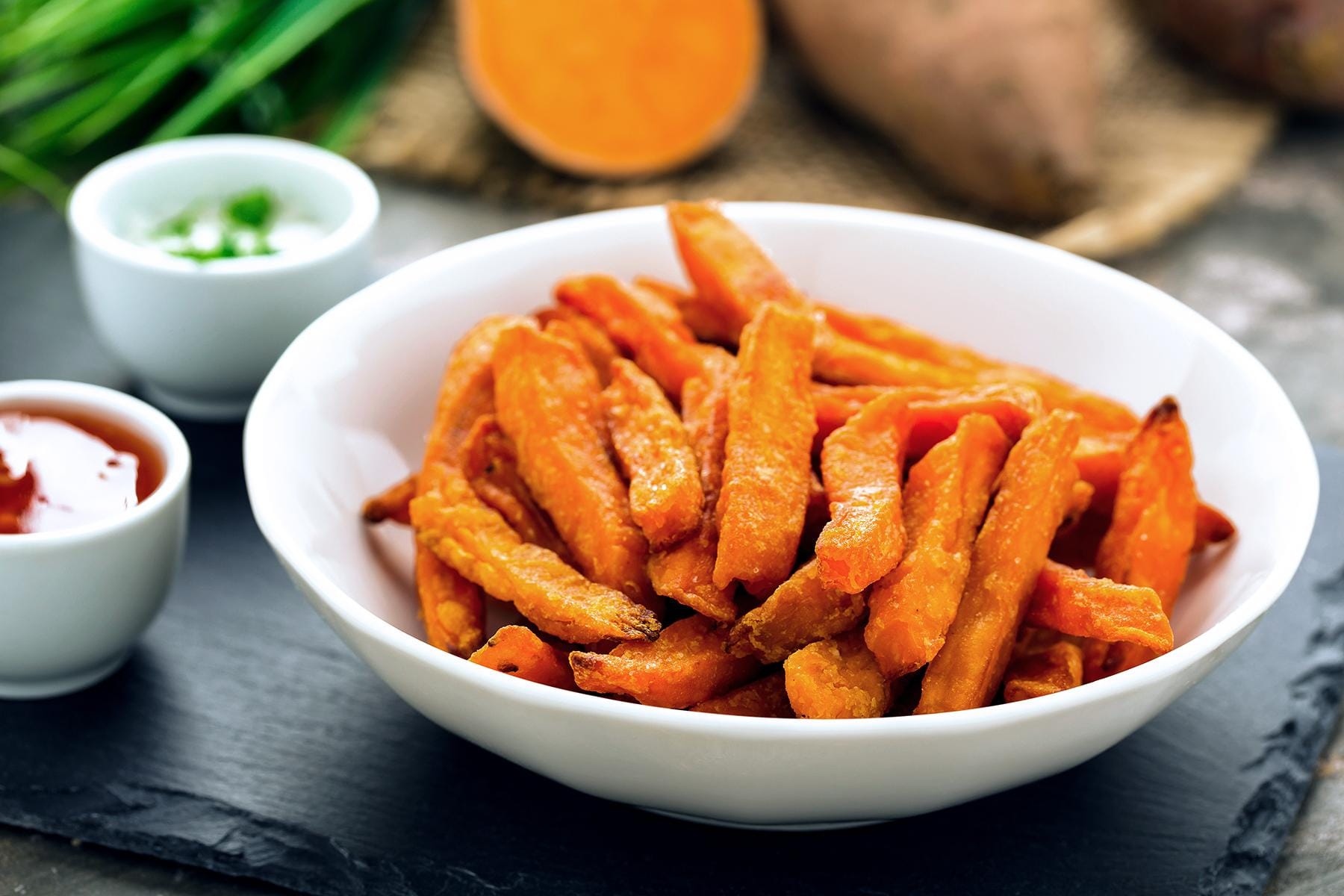 One of the more well-known vegetables from NZ, a kumara is like a sweet potato or a yam. They’re delicious baked in a dish with marshmallows on top, but their most popular iteration is in the fry form. Seasoned in multiple ways, kumara fries are a must-have as the side of any fast-food meal of choice. Kumaras come in a range of colors from purple to light yellow and is a common general term in the country, so get used to seeing them featured in restaurant and bar names too. 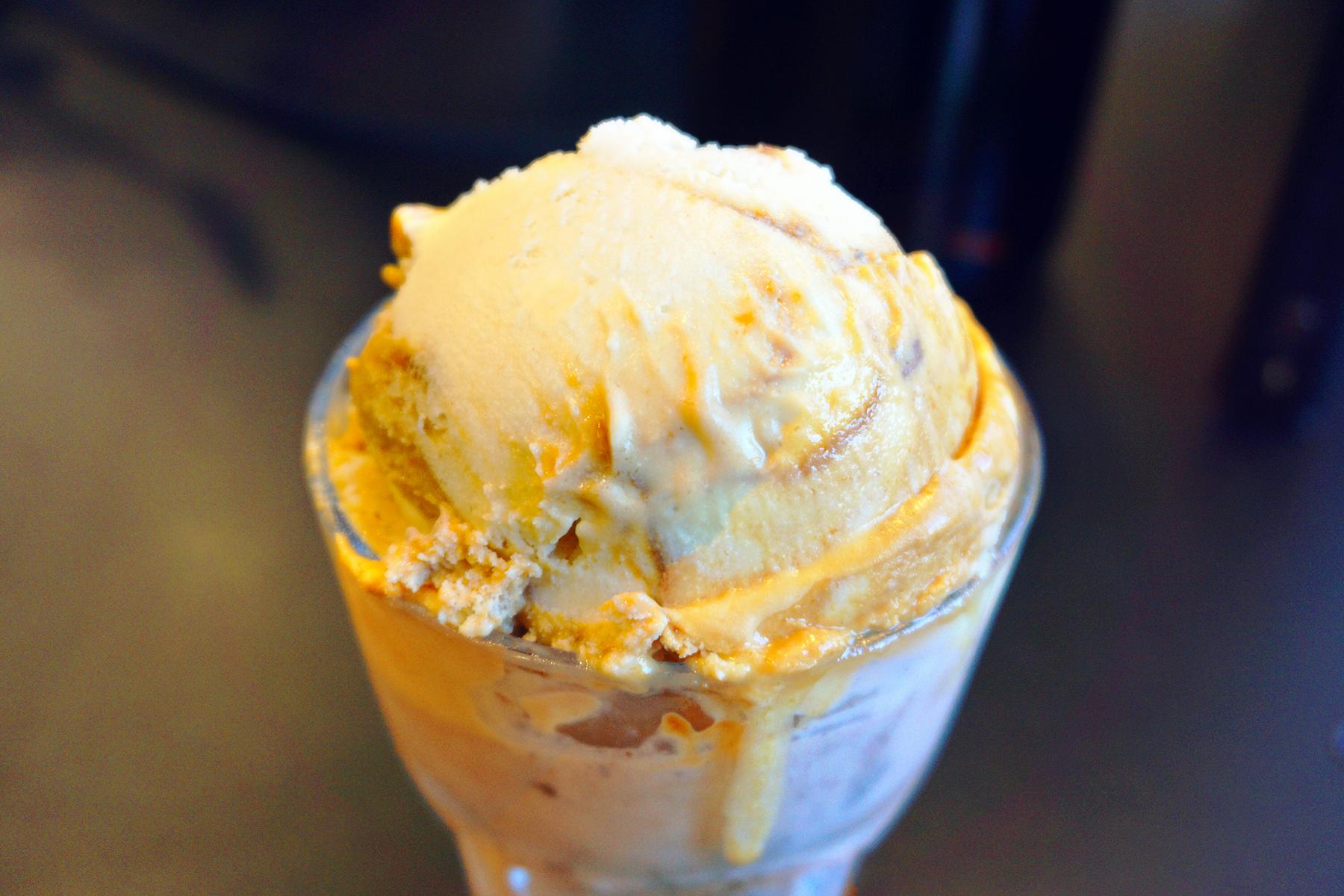 New Zealand is a great place for fresh dairy, and therefore some great ice cream. Hokey Pokey ice cream is a popular flavor that consists of vanilla ice cream mixed with golden honeycomb toffee. If you’re in the mood for a late night walk after dinner, it’s the perfect on-the-go dessert. 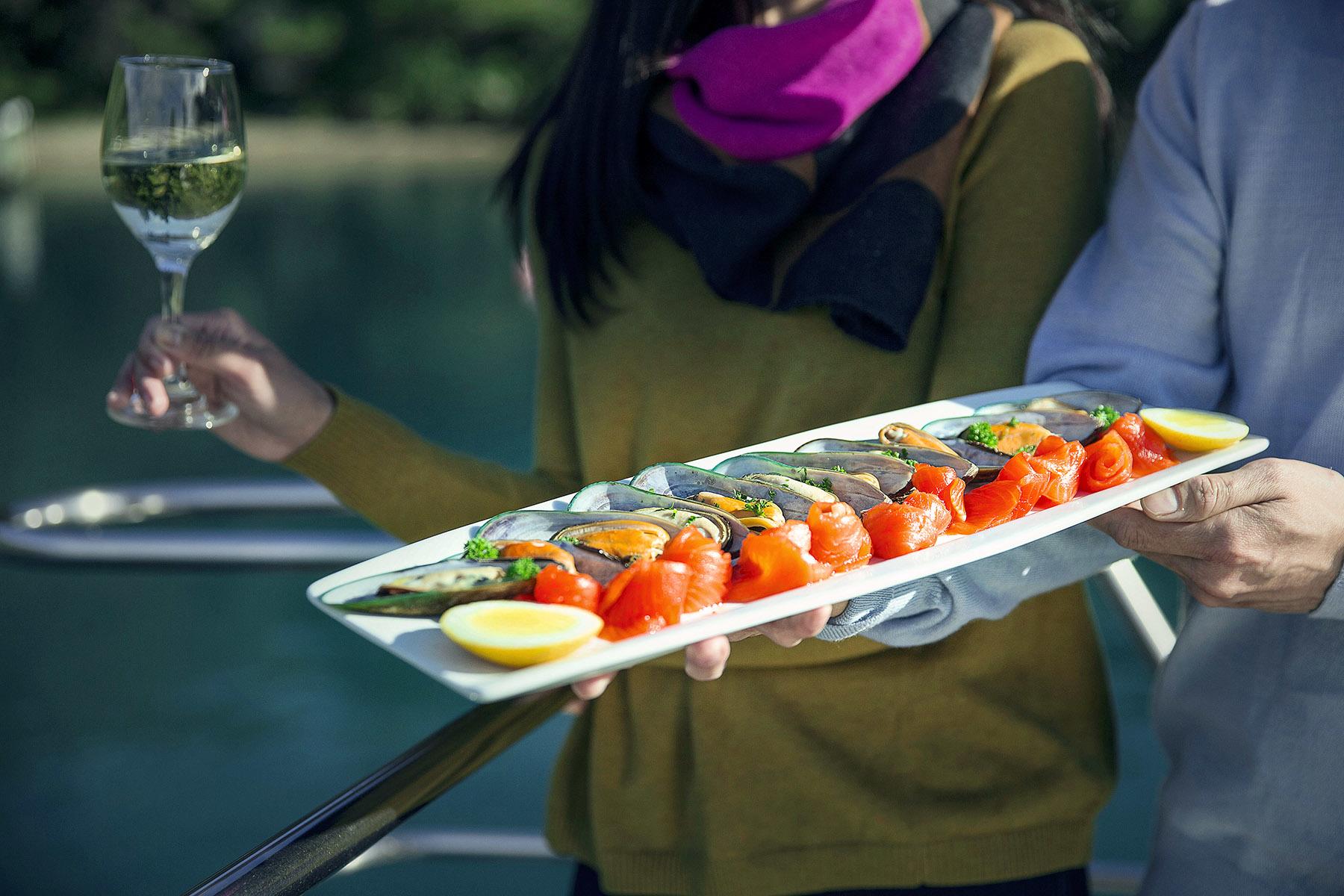 For the shellfish lover, Greenshell mussels are a must-try; they have a green hue to their edges and are usually larger than the average mussel. Not only are they delicious, but they are specifically native to the country. You may come across them while walking along the beach, particularly in the area of the Marlborough Sounds (the town of Havelock is known as the Greenshell mussel capital of the world). Also known as green-lipped mussels, you can enjoy them by themselves or douse them in a butter-garlic sauce. 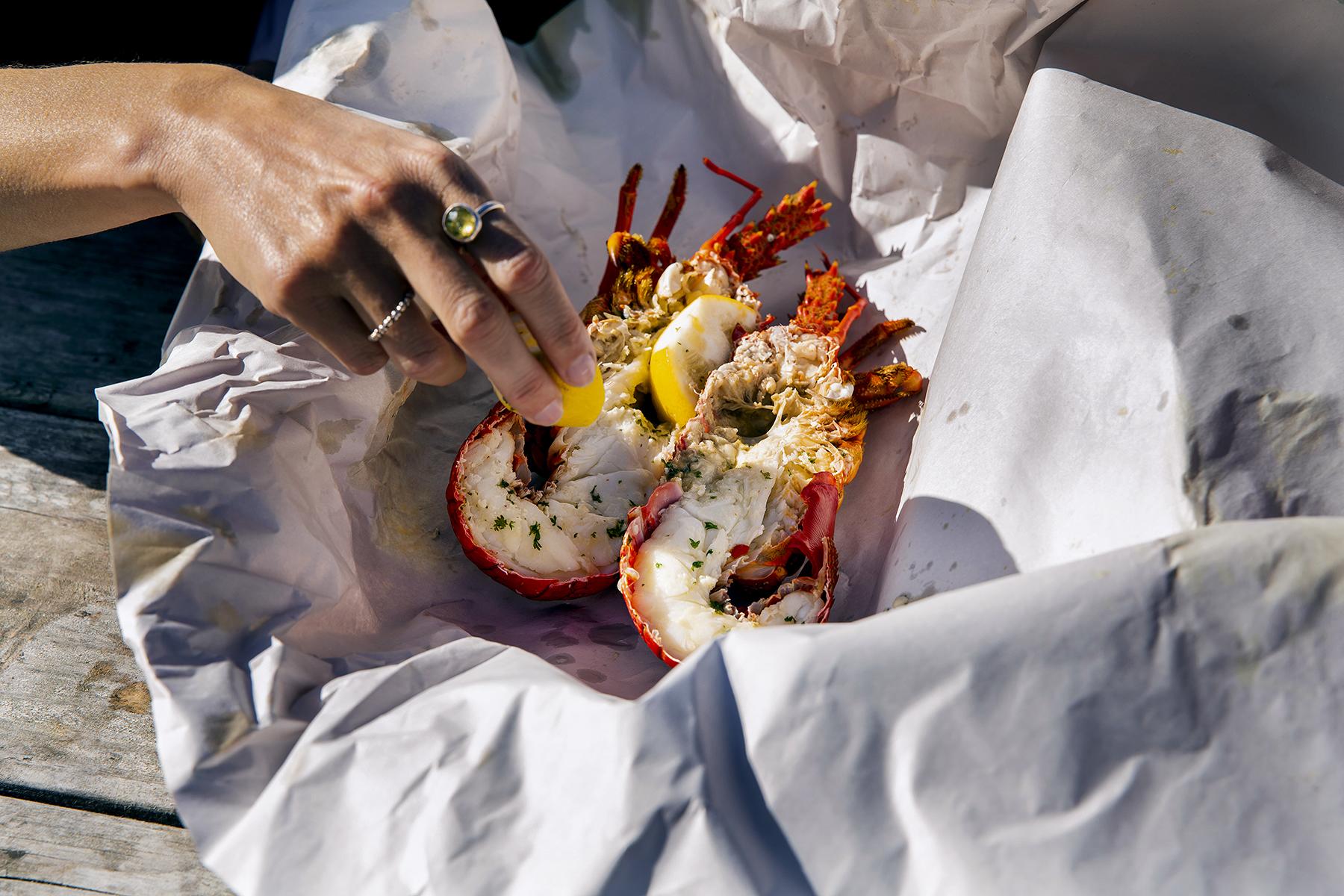 Not to be confused with the smaller shrimp-like species known throughout the American south, New Zealand crayfish are a hard-shelled lobster ranging in colors from speckled orange to purple. They do not have two large front claws, but about eight smaller legs, making them look slightly spider-like. Their flavor is a bit different from that of lobster, but the meat’s consistency is the same. Crayfishing is another part of the country’s lucrative fishing industry, and catching one is something many fishers pride themselves on. Note that purchasing crayfish in a restaurant or grocery store is often quite expensive. 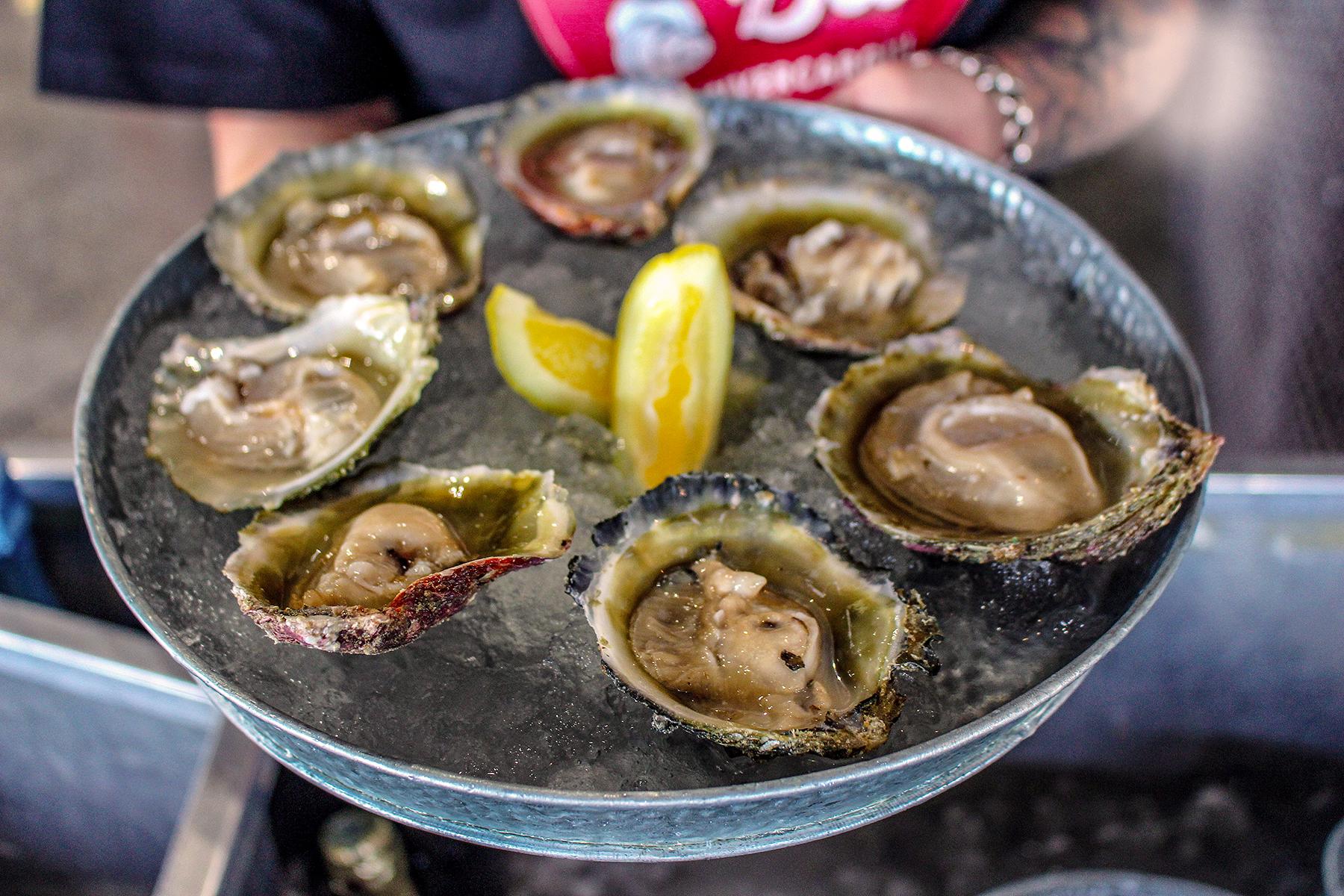 If you’re used to garnishing your oysters with lemon juice and cocktail sauce to mask the flavor, think again. The Bluff oyster is one of the largest and tastiest you’ll ever try, and it’s considered by many to be the best oyster species in the world. Found in the Foveaux Strait, between the South Island and Stewart Island, they are served all over the country, but are most common in the south. Other names include dredge oysters, mud oysters, and flat oysters. 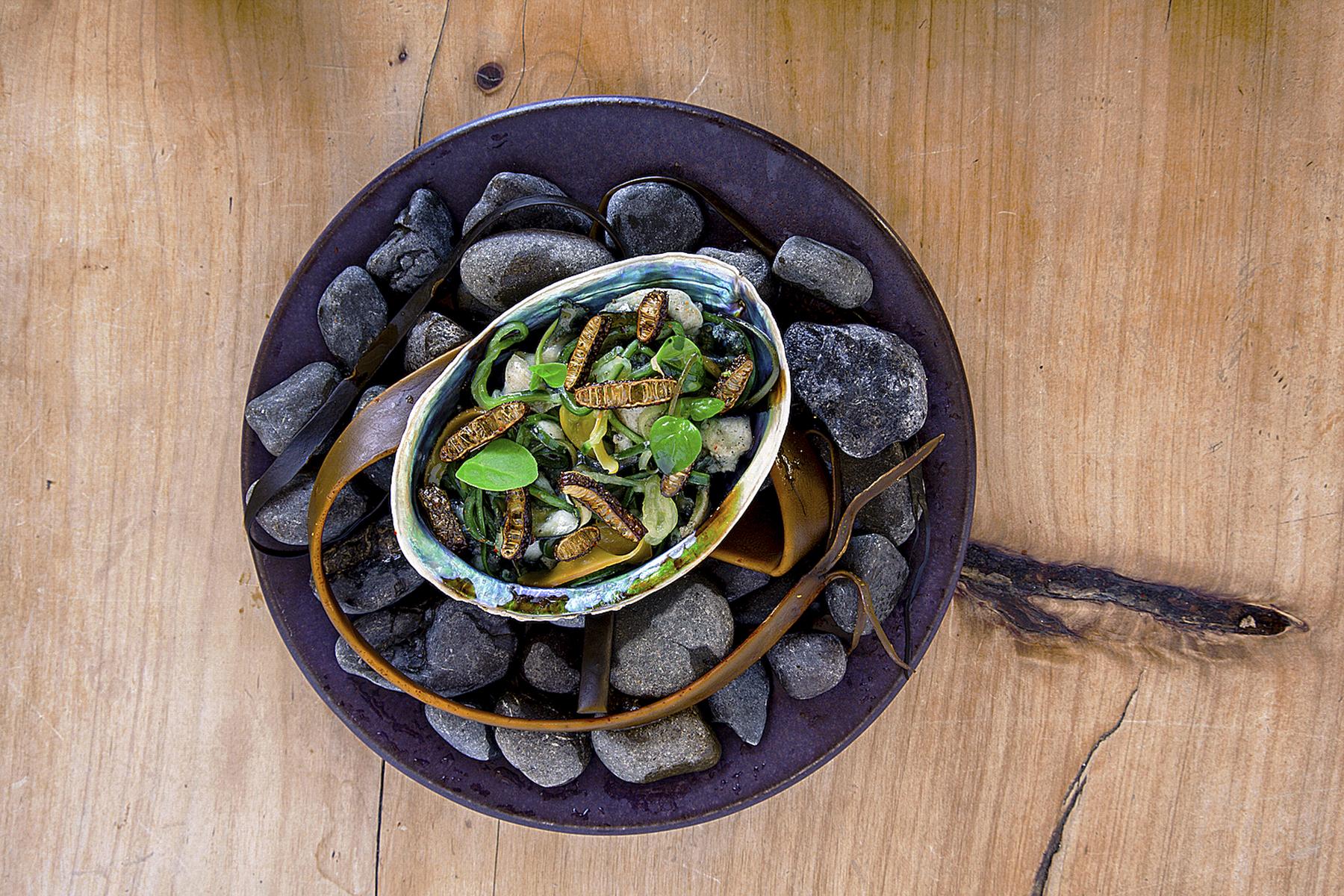 A sea snail widely known in New Zealand as the “mother of pearl”, the paua lives in the country’s southern waters, and rests on rocks, slowly moving along as it sees fit. The meat on the inside of the shell is edible, and when it’s removed, it reveals a wide array of colors on the interior shell that are then often used for jewelry. Paua can be cooked in the oven, snacked on as an appetizer, or used as an ingredient in salads. Its texture is meaty, and is definitely a must-try for those who have adventurous taste. 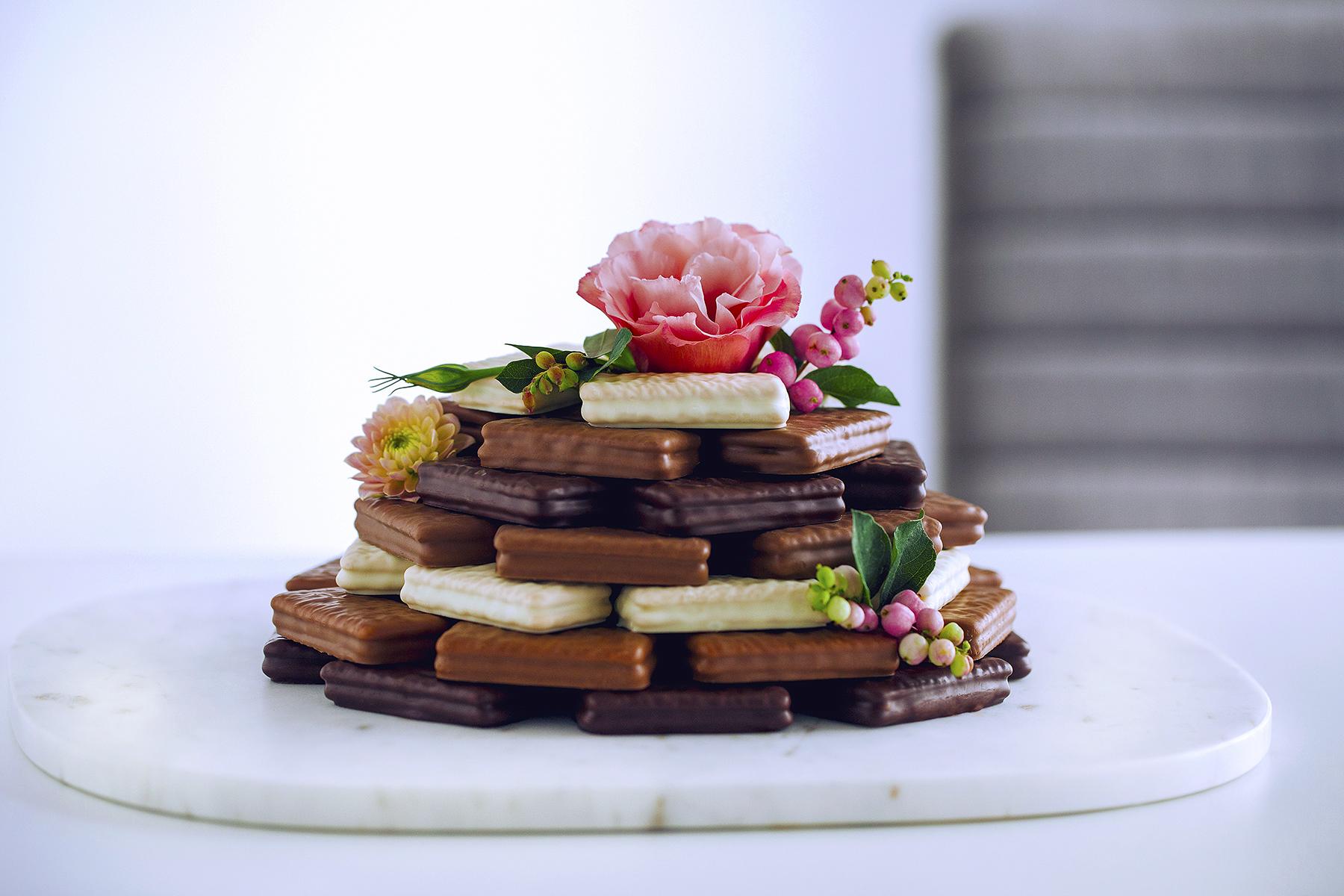 One of the most beloved snacks found Down Under, Tim Tams are a chocolate-based wafer cookie that comes in multiple flavors. You’ll see them widely available at airports and most grocery and convenience stores in both New Zealand and Australia. They’re mostly served with tea and coffee, and dipping your Tim Tam into your brew is the best way to start your day (or partake in the legendary Tim Tam Slam, which involves biting off the end of a cookie and using it as a straw). You’re sure to fall in love with them, so bring some home for friends and family (and of course, your own private stash). 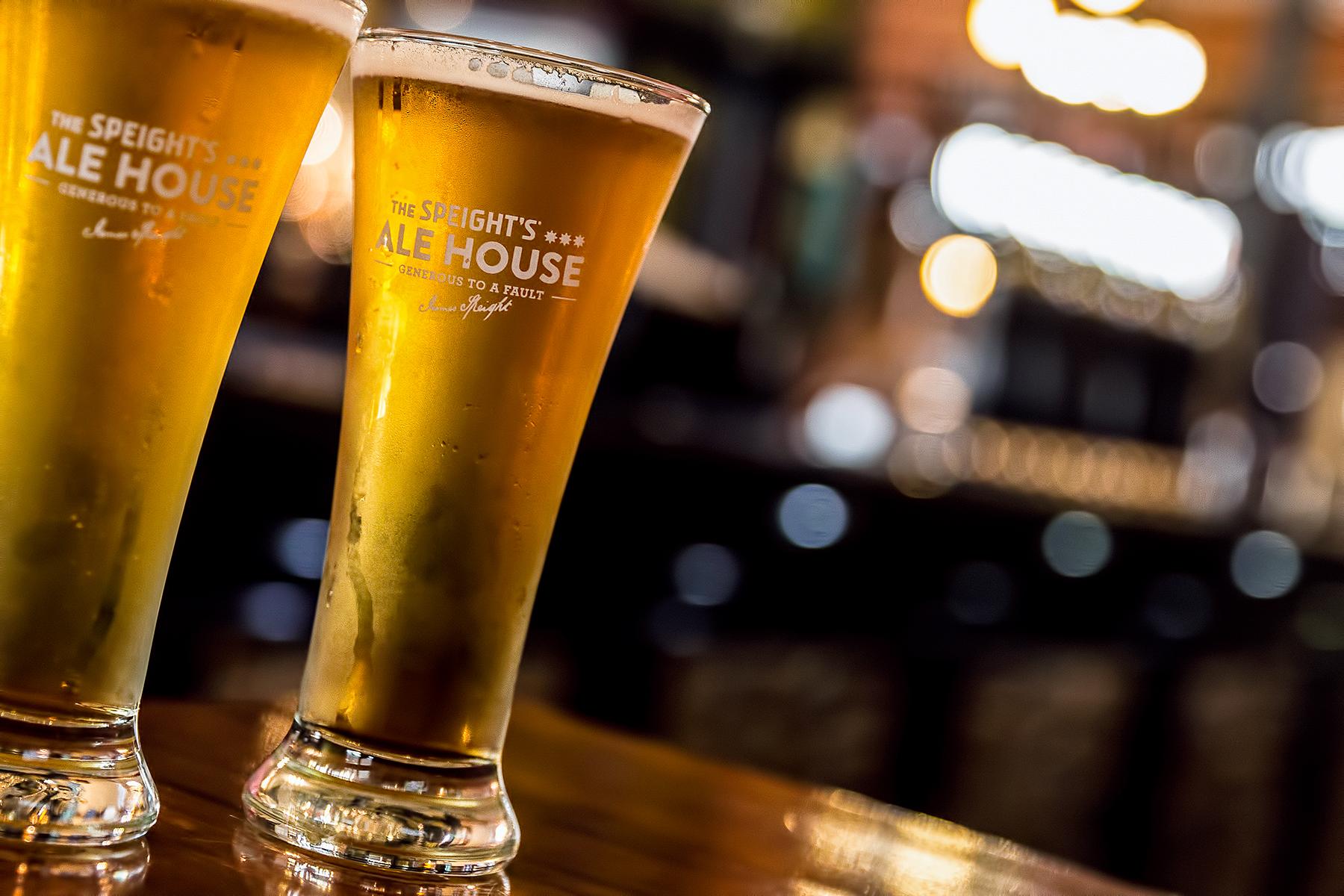 The craft beer craze is flourishing in New Zealand, but to drink right here, don’t ignore one of its most classic and beloved brands. Speight’s is available at nearly every store and bar in the whole country. The main brewery is in Dunedin on South Island, and is known as the pride of the south. It’s a draught-style lager, and variations include Speight’s Summit, with all-natural ingredients, and Speight’s Traverse, a low-carb option. The brewery uses water pumped from a tap that stems deep below the surface into a fresh spring.