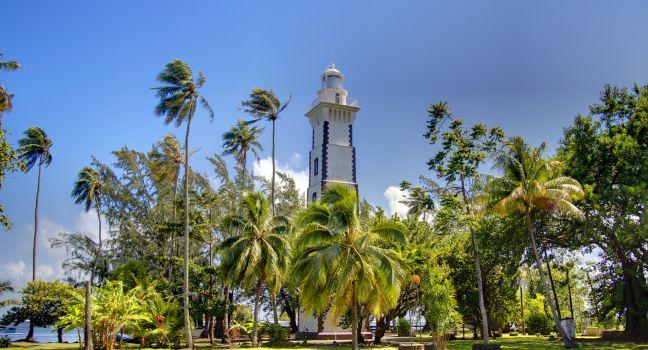 This point on Matavai Bay has major significance: it is the place where Captain Samuel Wallis landed in 1767 and where James Cook watched the transit of Venus in April 1769. The crew of the infamous Bounty also stepped ashore here in 1788 (and did not want to leave), as did the first members of the London Missionary Society, who arrived in 1797. An impressive white lighthouse—Tahiti's only lighthouse—was built in 1867 to commemorate the anniversary of Wallis's arrival; it stands just feet away from the black-sand Pointe Vénus Beach. There's no sign pointing to the turnoff, but be prepared to swing off the coastal road at PK10.