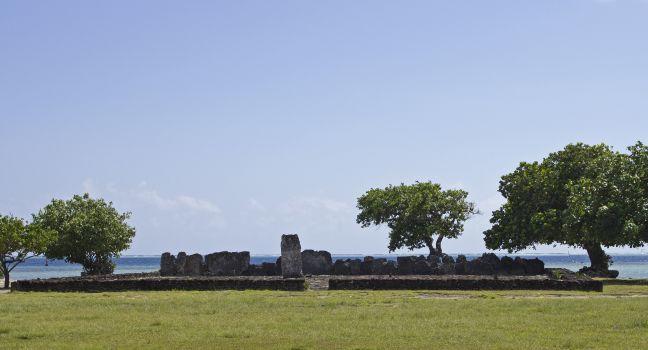 These ancient stone temples were religious and social gathering places, as well as the scene of human and animal sacrifices. One or two have been restored and some are adorned with turtle petroglyphs (images cut in stone); the turtle was considered sacred as it was a major source of food. Look for Taharuu Marae at Point Haamaire on the east coast, Aehautai near the former (and now closed) Club Med resort on the southeast coast (not far from Paoaoa Point) nd the beautifully restored 164-foot-long(50-meter) Marotetini Marae near the wharf at Faanui Bay on the west coast. The Fare Opu Marae is a little north of Faanui and partially buried under the road. As some are tucked away in the jungle, it is advisable to take a 4WD or Circle Island tour, or ask the tourist office for exact locations.