Discover the cultures, histories, and landscapes of a varied and wild continent.

Australian books and movies often focus on the continent’s confounding landscapes, from its astonishing expanses of desert and rain forest to its sunny beaches and jagged coastlines. Whether it’s an adventurous expedition, a farce of misplaced Victorian sensibilities or a study on the suppressed cultures and long mistreatment of its indigenous peoples, the human subjects of these works explore a fierce and majestic land that refuses to be tamed. 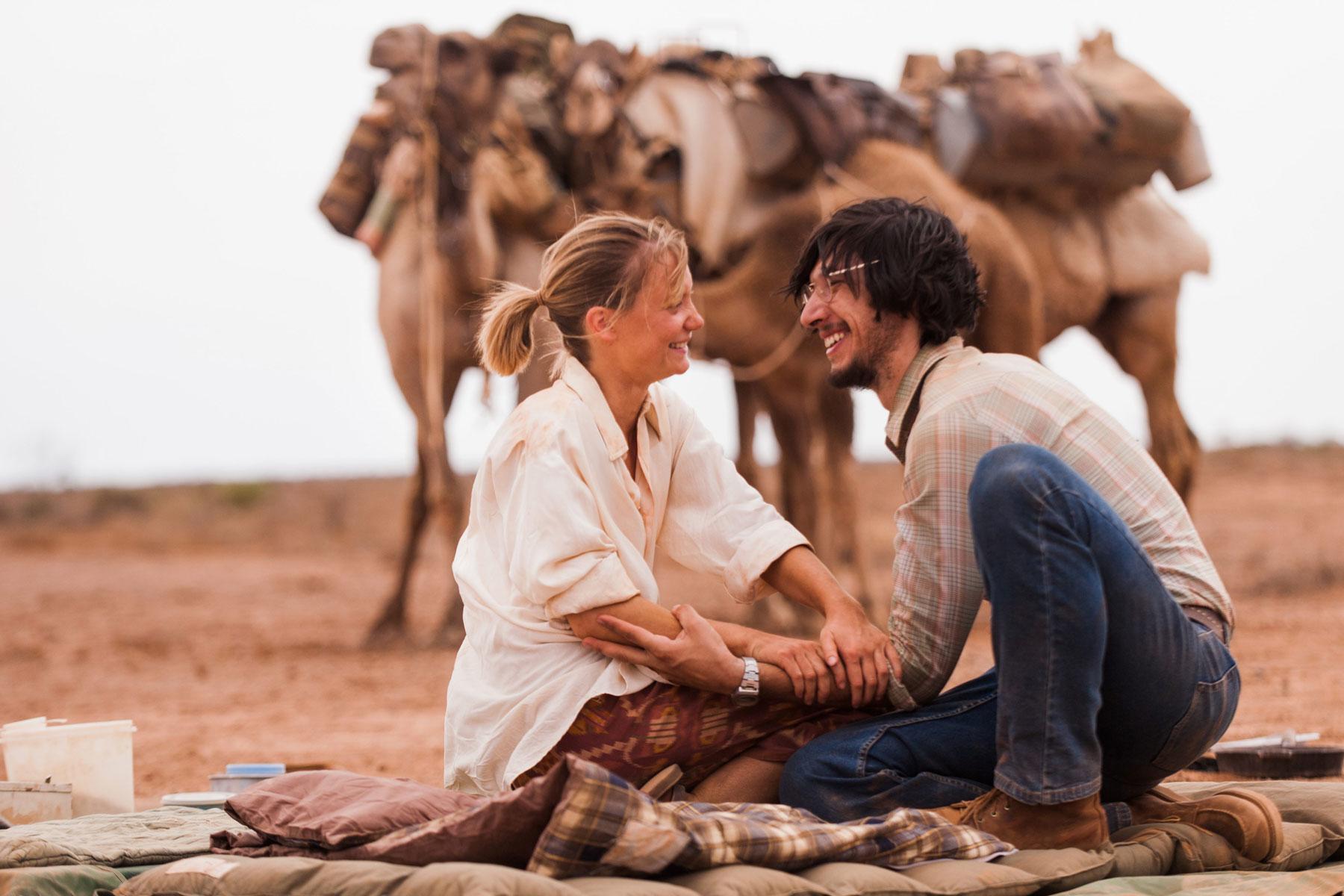 This scenic and touching story follows one woman’s near-impossible 2,000-mile walk from Alice Springs in the Northern Territory to the coast of the Indian Ocean. Mia Wasikowska plays Robyn Davidson in a role inspired by Davidson’s memoir about her successful 1970s expedition, covered at the time by National Geographic Magazine. The movie treks across the Gibson desert, past Ayers Rock, and through sacred indigenous grounds, with beautiful footage of wild Australia. The movie includes another fascinating subject and its history on the side, in the gear-carrying camels, trained from the wild, that accompany Robyn on her foot trek. Camels were imported to Australia by early British colonizers, and large feral populations still run rampant throughout Central Australia. 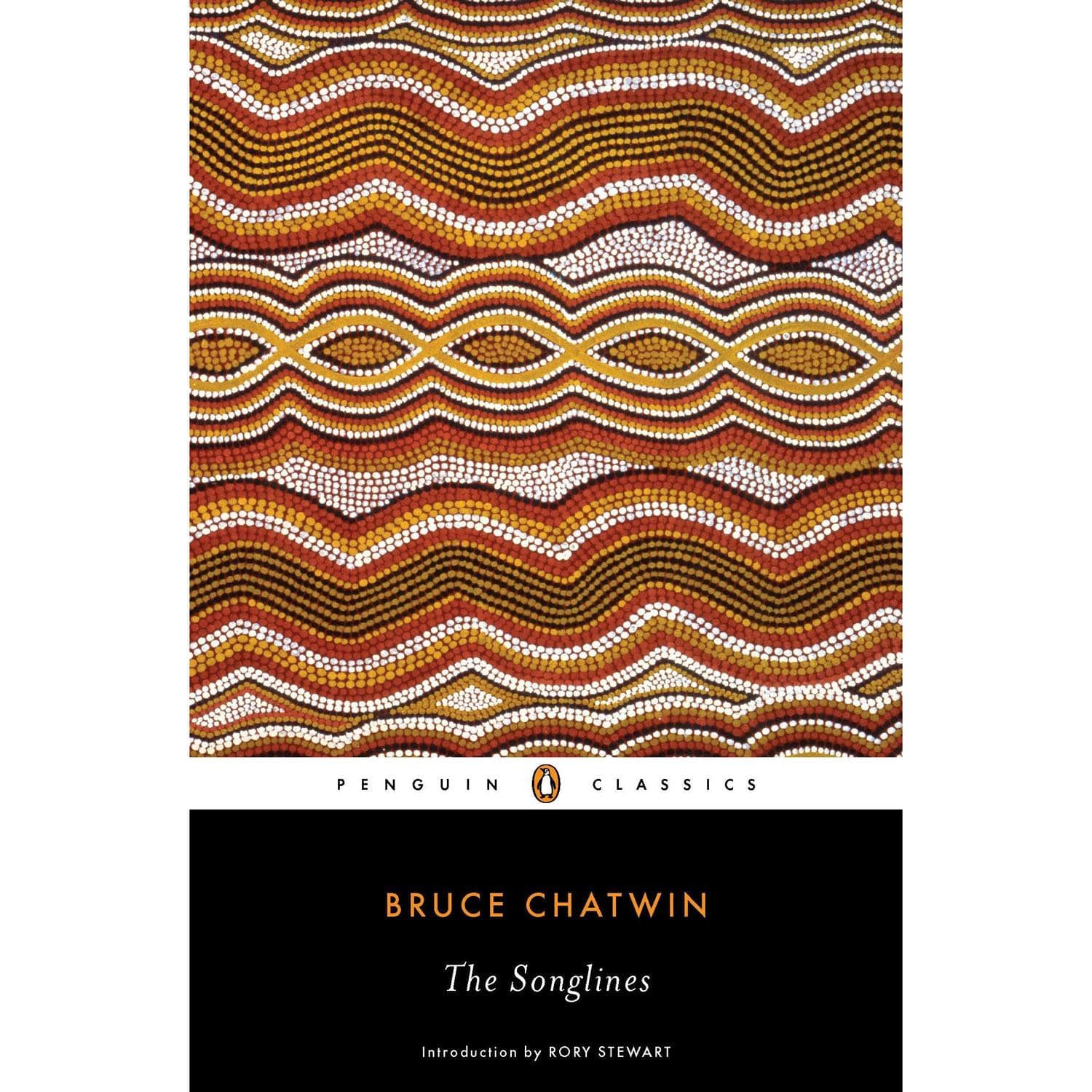 The Songlines by Bruce Chatwin

Early travel writer and die-hard wanderluster Bruce Chatwin’s book is part research, part lyric myth, part ethno-geologic exploration of an Aboriginal song. Songlines catalogs Chatwin’s travels to Alice Springs, in the Central Australian desert, where he studied aboriginal life past and present. While sometimes criticized for its colonialist-skewed and misinformed observations, Chatwin’s earnestness to understand the nature of man and man in nature shines through in his work and provides a scattered, entertaining (and sometimes half-baked) collection of insight into the Australian landscape and the history of nomadic life. 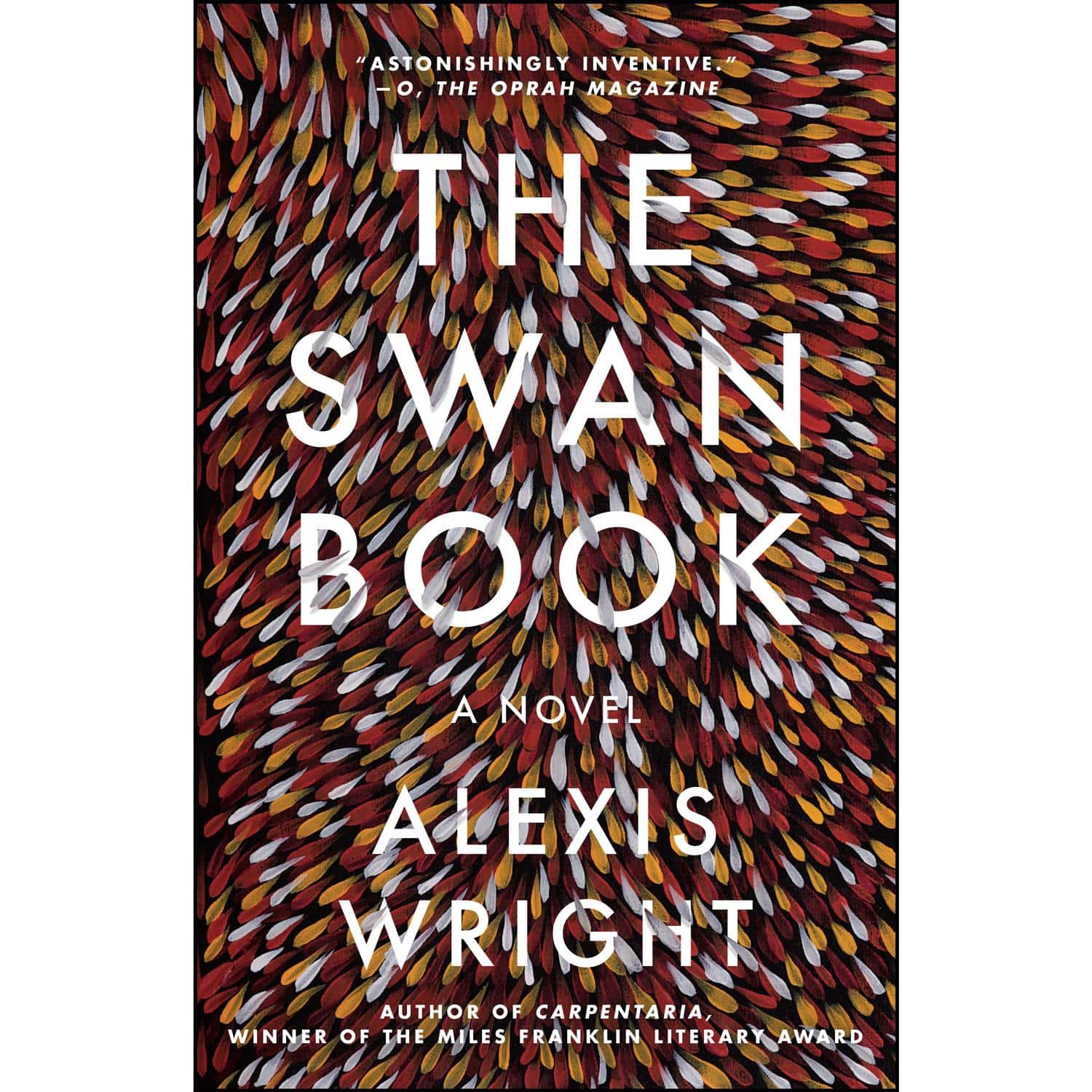 The Swan Book by Alexis Wright

Full of folkloric, surreal beauty and heartbreak, indigenous author and land activist Alexis Wright paints a vivid picture of Aboriginal people and landscape in the Gulf of Carpentaria. With a fantastical story of a young girl’s experience in an imagined future Australia, Wright predicts the outcomes of current, real problems: the effects of climate change, and the long-standing, destructive treatment of indigenous people under a continuation of 2007’s “Intervention” law—the Australian government’s controversial attempt to crack down on child abuse in Aboriginal communities. The novel won much literary acclimation and several prizes, including being short-listed for Australia’s Miles Franklin Award. 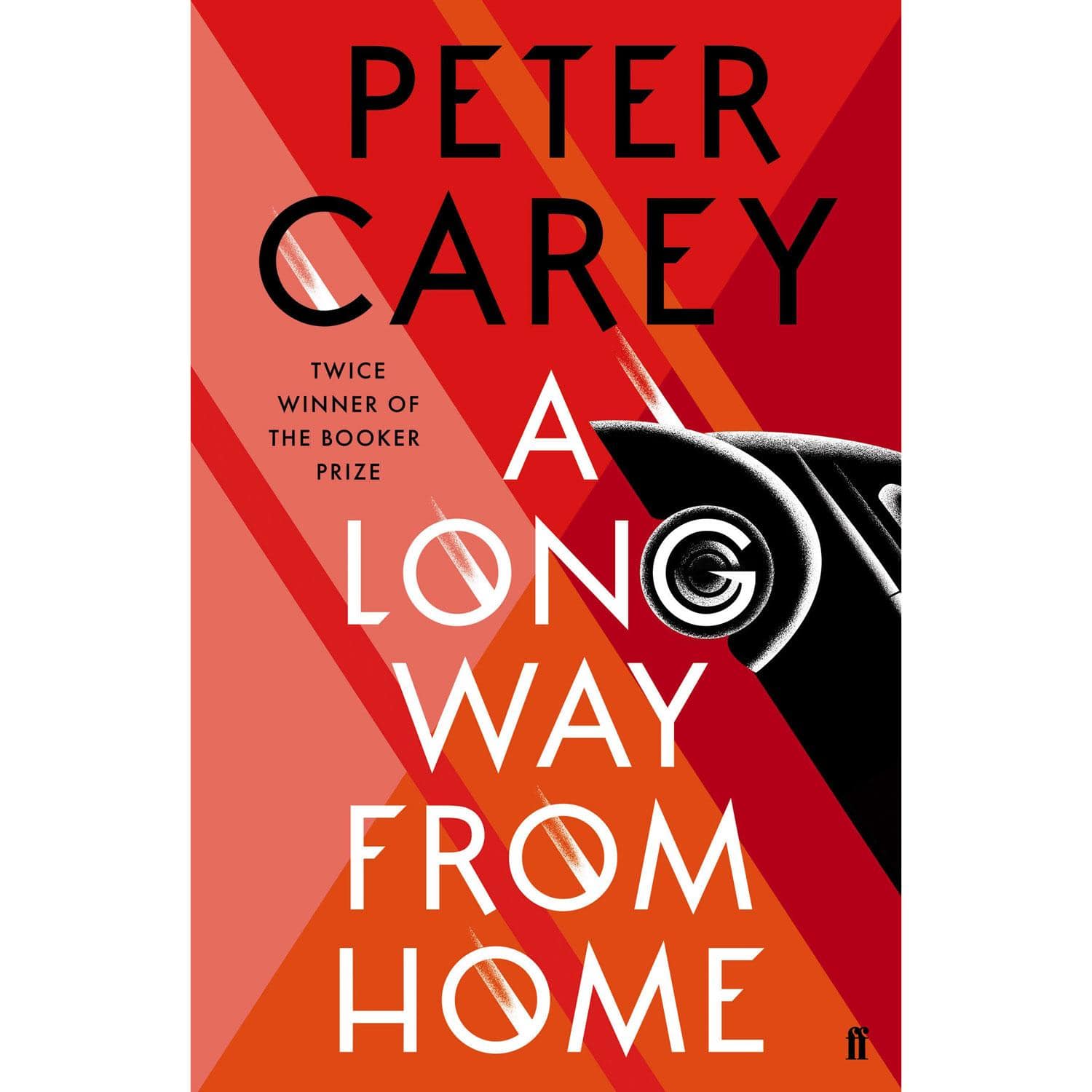 A Long Way From Home by Peter Carey

Booker Prize–winning author Peter Carey tells the story of Irene Bobs, a spunky young woman, and her accompanying neighbor Willie, in stream-of-consciousness narration from both points of view. Carey’s novel stretches through an expansive geographical journey set in the 1950s, when Irene Bobs, her husband, and Willie embark on the Redex Trial, an improbable car trip around the unpaved and unruly circumference of the continent. Along its way across the rugged Australian terrain, the narrative also covers issues of race, and the troubled history of Aboriginal-white relations. 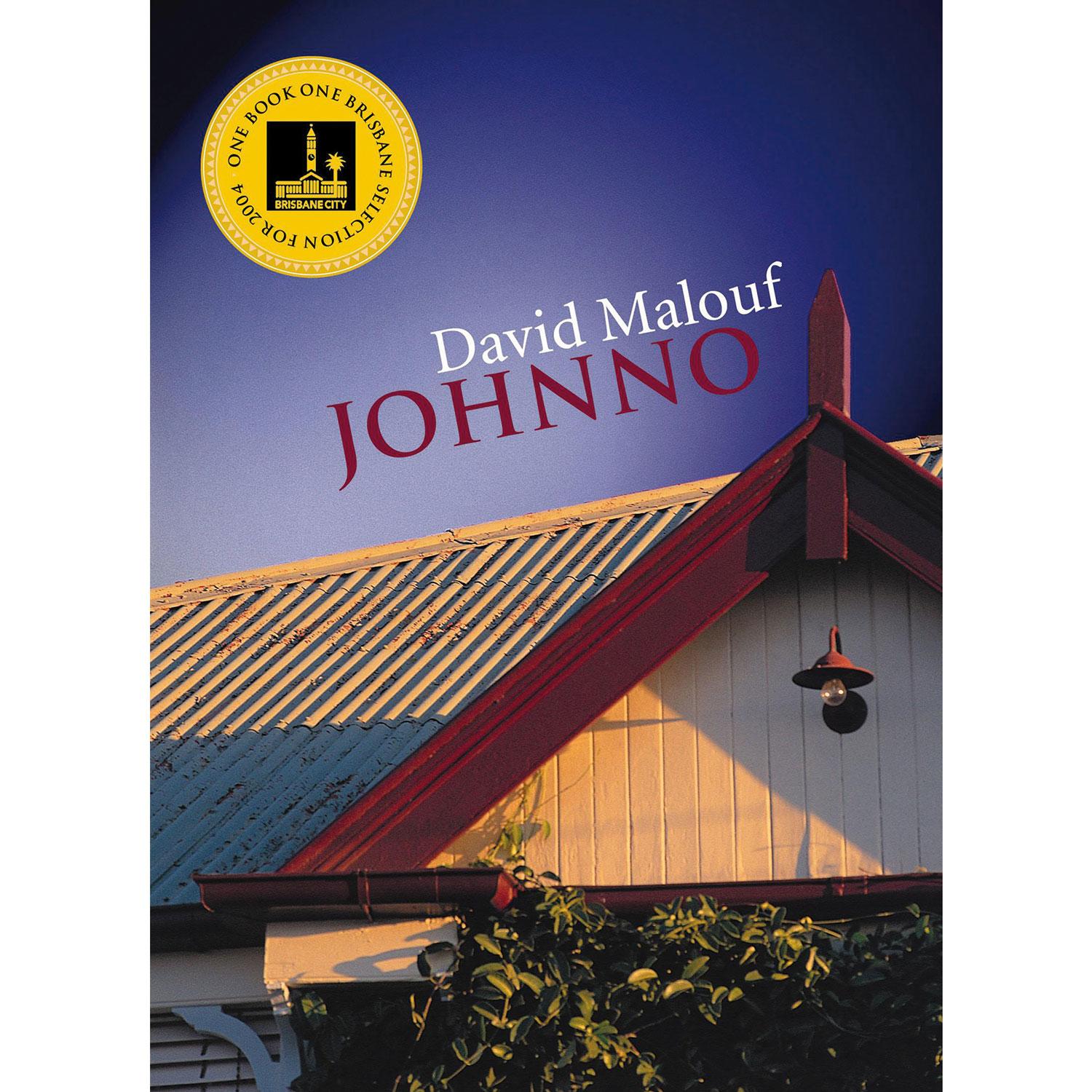 PHOTO: University of Queensland Press
5 OF 18

The first novel of prolific Australian author David Malouf, Johnno is a loosely autobiographical story about childhood, friendship and memories, with the coastal city of Brisbane and its upper-class culture as a backdrop. It’s a tender coming-of-age novel and a fair portrait of life in Brisbane and Queensland’s Gold Coast. 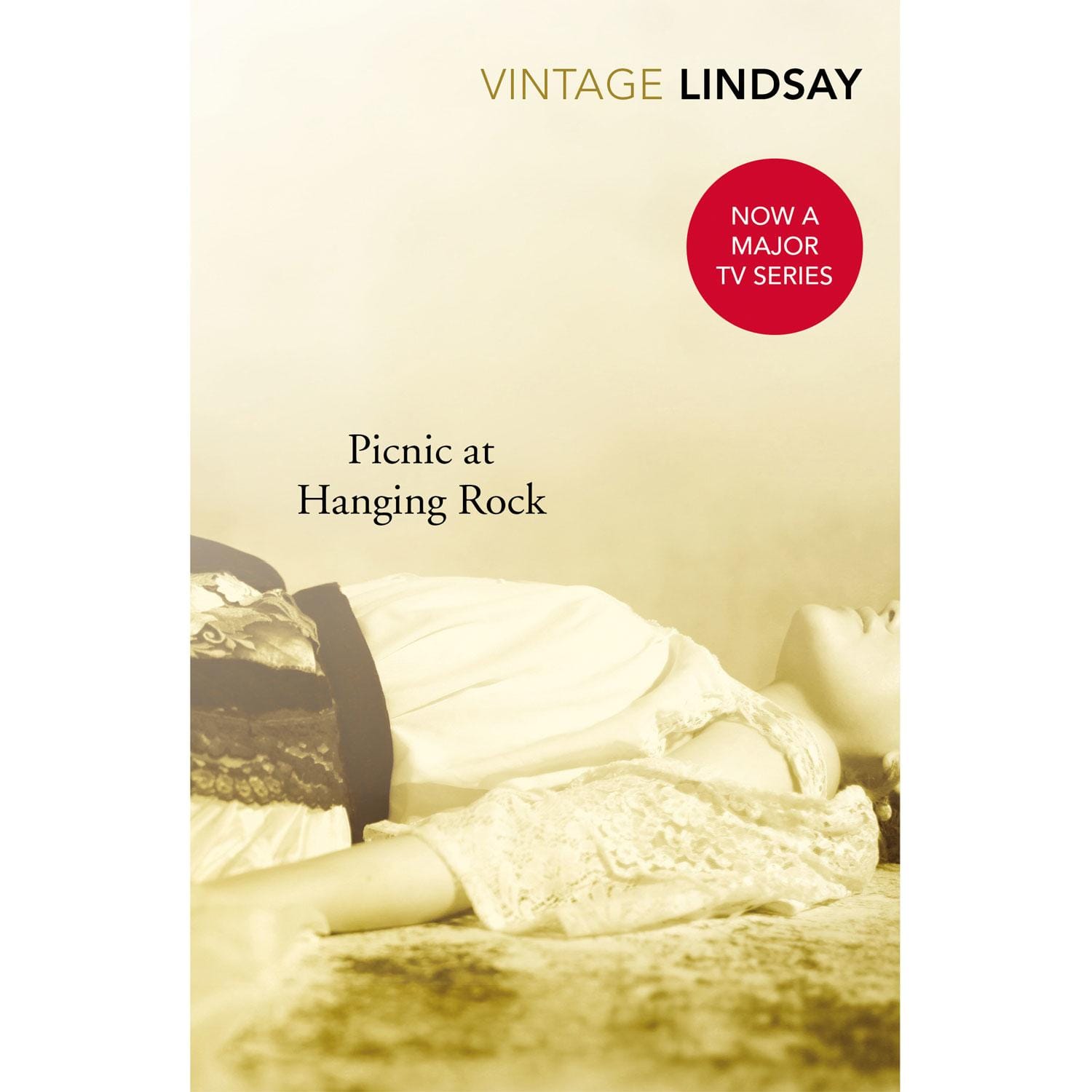 Lindsay’s dramatic literary feat (recently turned into an Amazon Prime miniseries starring Natalie Dormer from Game of Thrones) is the haunting tale of a group of schoolgirls who mysteriously vanish while on a Valentine’s Day picnic. The novel and its fictional premise have turned Hanging Rock (a geological formation North-West of Melbourne, with real history as a sacred indigenous site) into a folkloric destination popular with tourists and local fans. 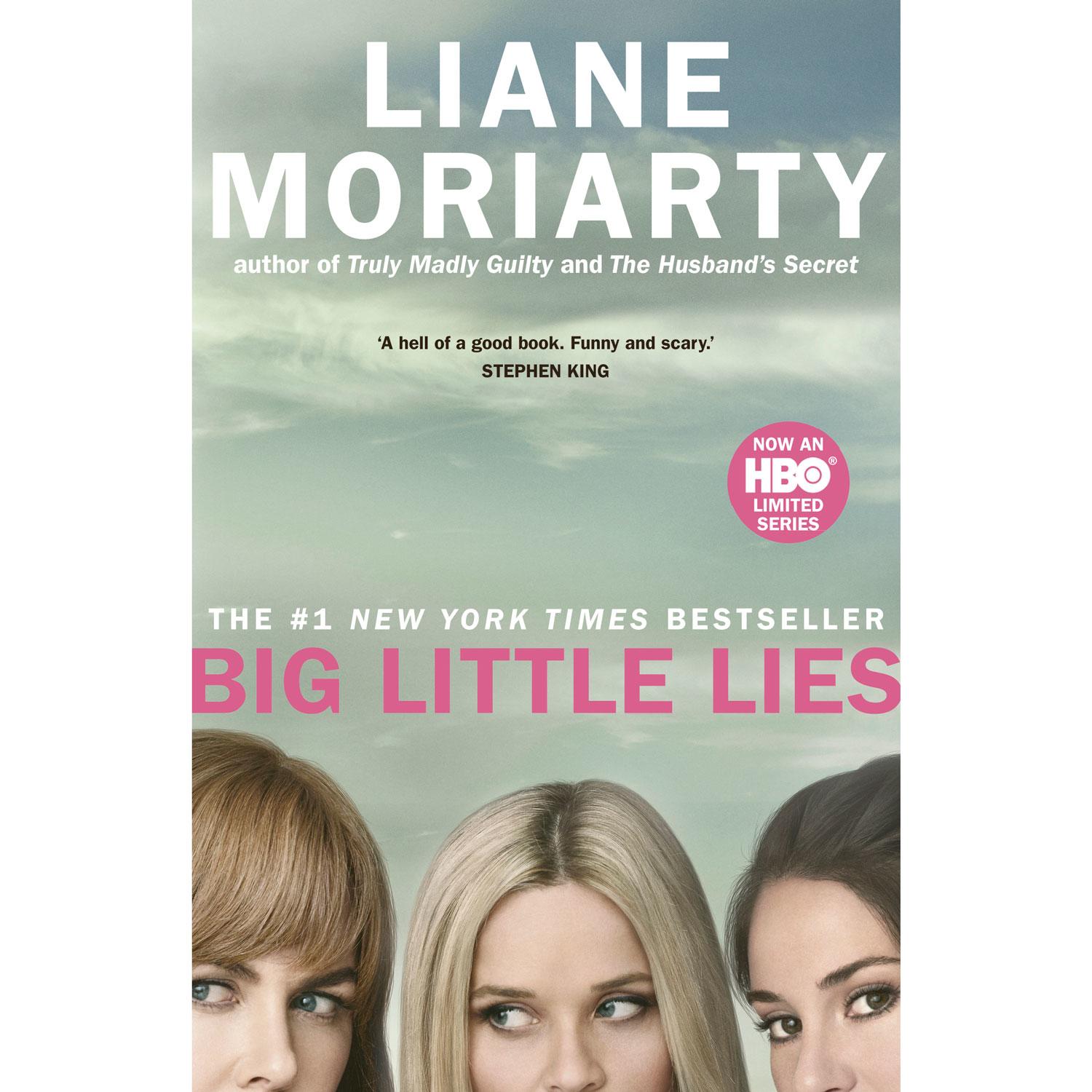 Moriarty’s grabbing and emotionally-charged novel is about female friendship, social politics, and the secrets and shame in the wealthy beach towns and private-school worlds of Australia’s coast. Moriarty’s depiction of the drama of elite suburban life inspired Nicole Kidman and Reese Witherspoon to star in (and executive produce) an HBO miniseries of the same name—though the setting for the show was moved to Monterey, California. 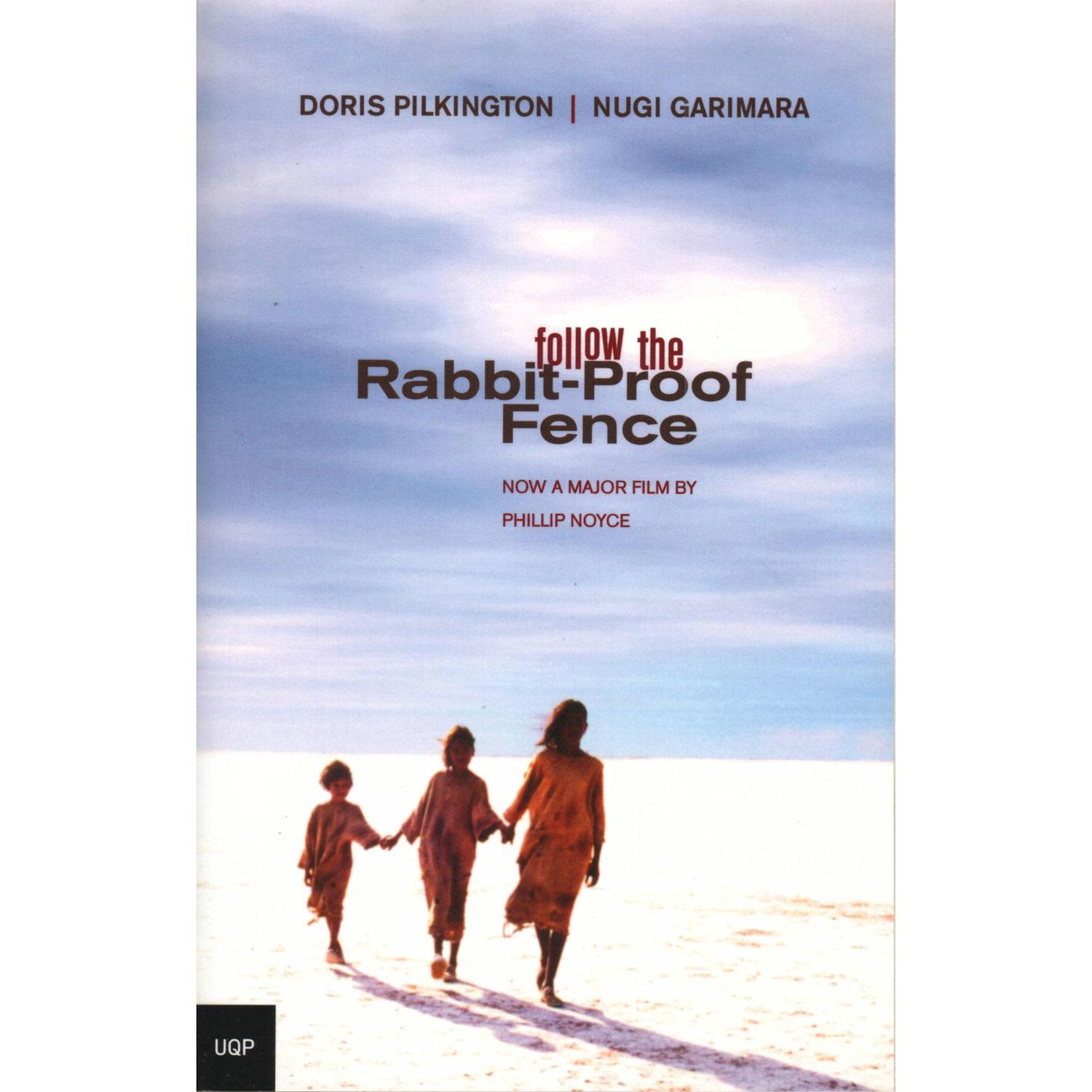 PHOTO: University of Queensland Press
8 OF 18

In 1931, three young Aboriginal girls walked more than 1,600 km (1,000 miles) from the Moore River Native Settlement on the Western Coast, where they had been forced to live separated from their families, back home to the Jigalong community of Western Australia. The book is a reconstructed story of their journey, with vivid descriptions of the landscapes, and the girls’ incredible feat, as told by the daughter of one of the surviving two sisters. In 2002 it was made into a movie (called simply Rabbit-Proof Fence) by Australian filmmaker Phillip Noyce, with a soundtrack by Peter Gabriel. 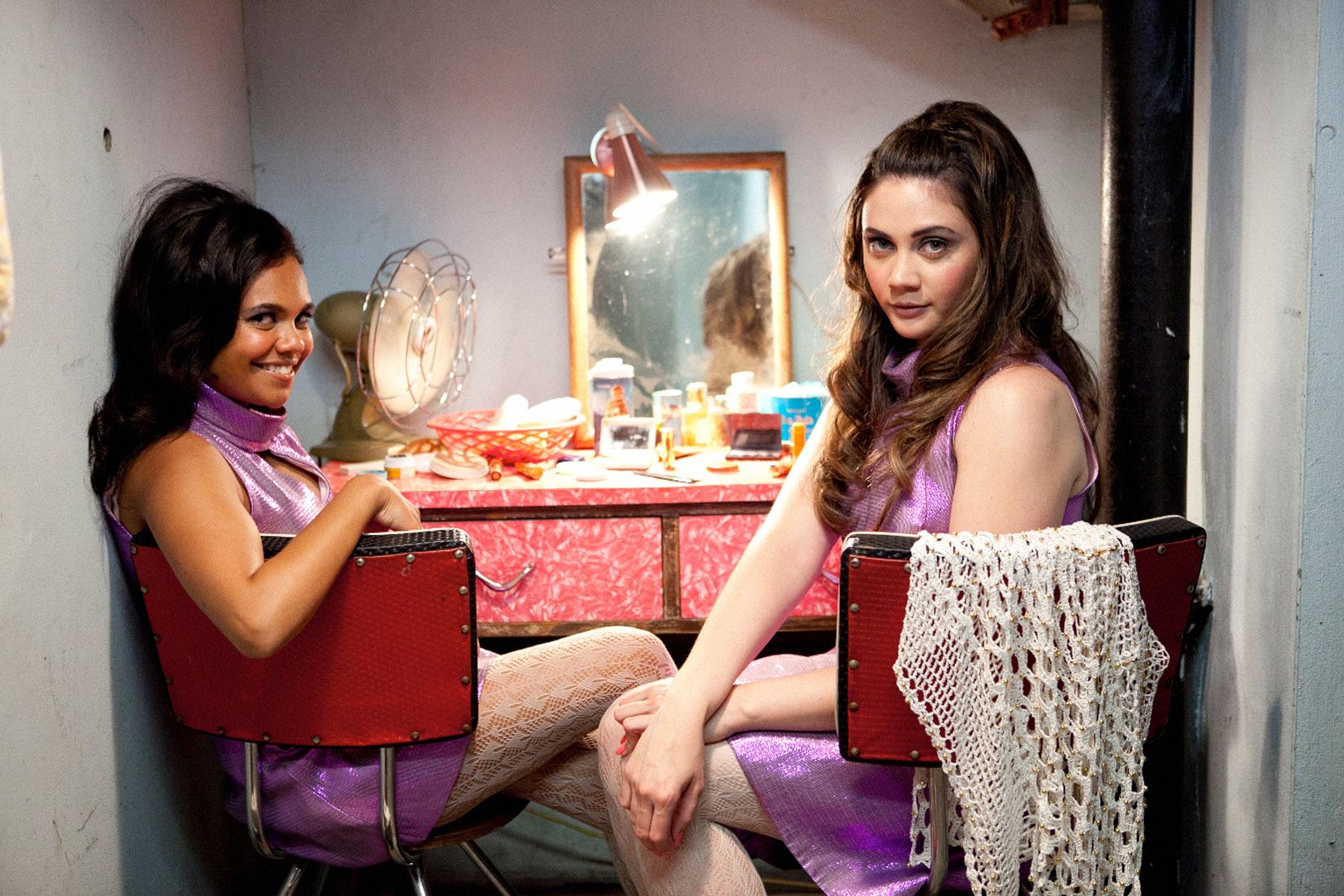 Irish actor Chris O’Dowd leads a girl-band of Aboriginal Australians in the late ‘60s and early ‘70s, as they travel to Vietnam to entertain the troops. The musical film is feel-good and funny, but touches on real issues of race, war, and human rights on both the Australian and world stage. 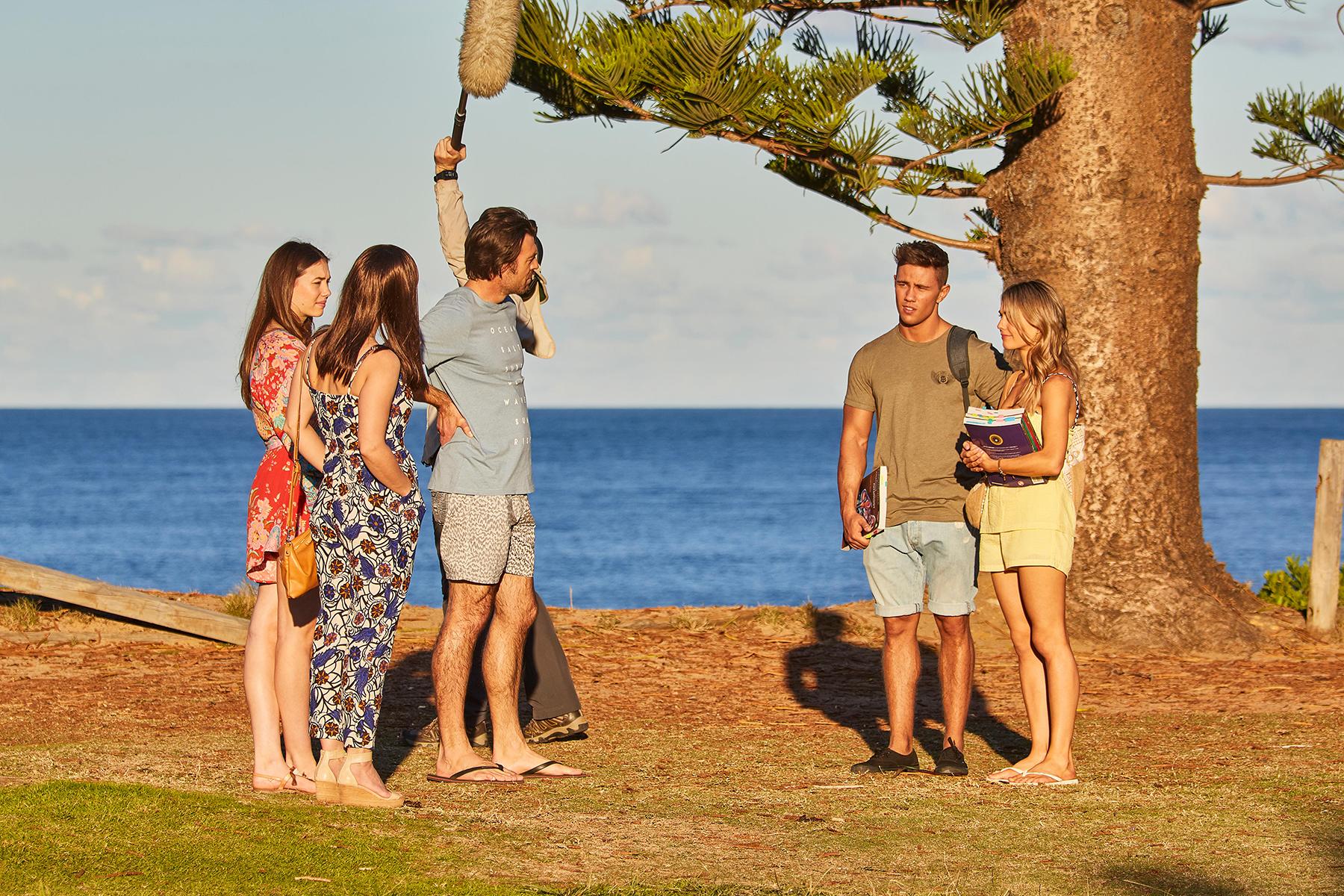 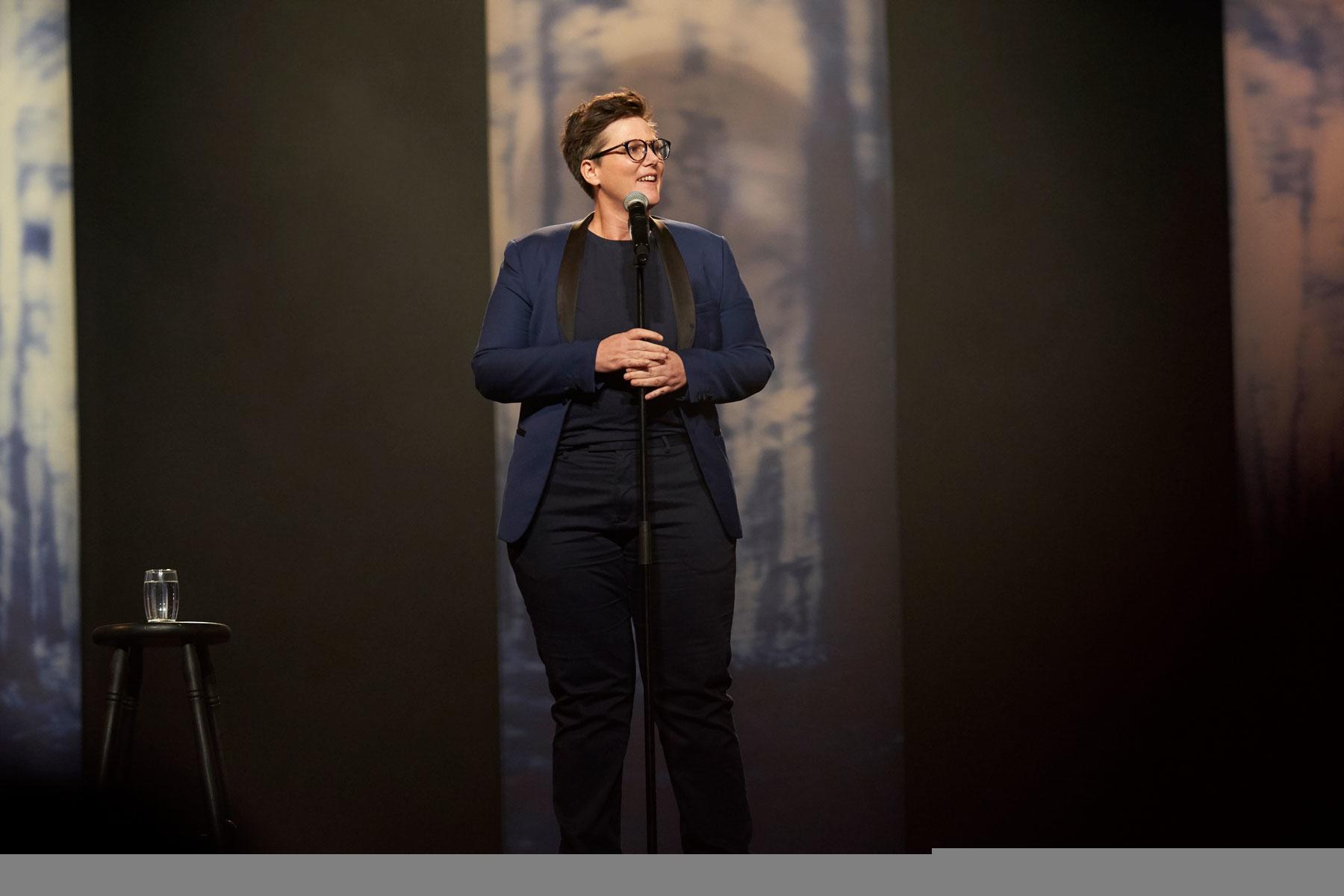 Hailing from the island of Tasmania, where homosexuality was a crime until the late 1990s, Hannah Gadsby and her hilarious commentary often focus on the treatment of LGBTQ people (especially gay women) in small towns, rural areas, and throughout Australia. Comedic self-identity (without self-deprecation) makes Nanette surprisingly uplifting for a comedy special. 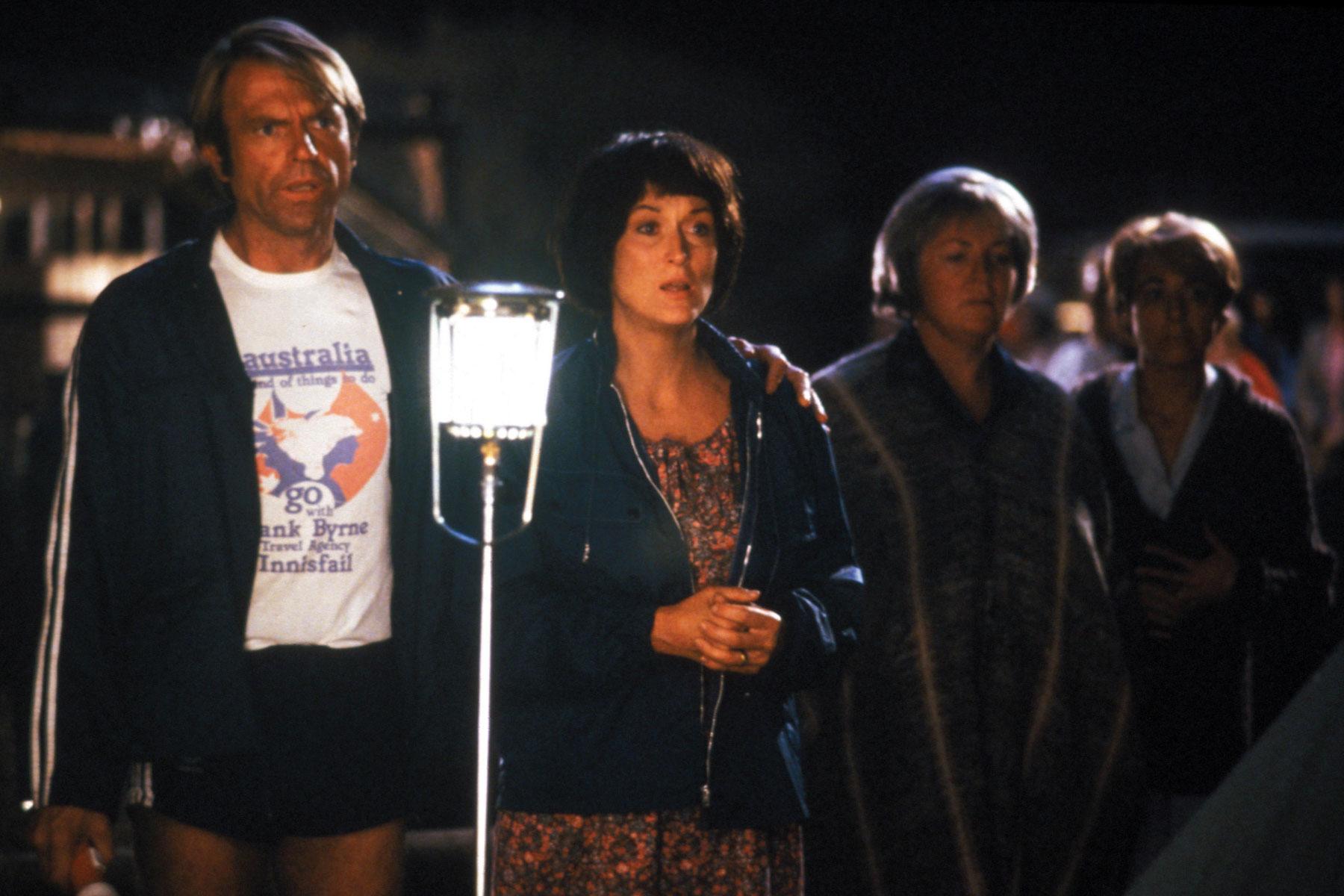 A Cry in the Dark ("Evil Angels" in Australia)

To familiarize yourself with the long, press-ridden murder trial of Lindy Chamberlain (played here by Meryl Streep) is to understand a critical piece of Australian popular culture throughout the last few decades. In a sweep of popularity and controversy similar to the O.J. Simpson trial in the states, Chamberlain’s story captured Australian minds and television screens after her two-month old daughter went missing while the family was camping in Uluru, Central Australia. Lindy was convicted of murder, acquitted only after years spent appealing her case, swearing all along that she saw a wild dingo leave the tent where her little girl had been sleeping. 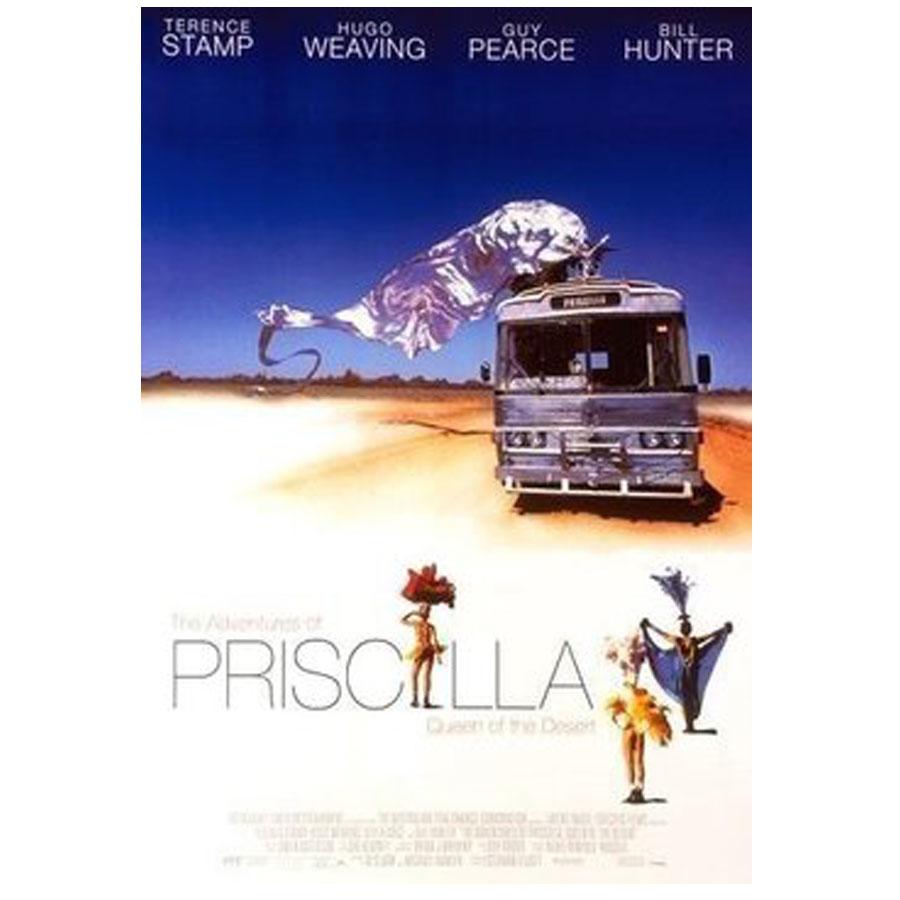 The Adventures of Priscilla, Queen of the Desert

In a wild road trip full of performance, personality, and diverse Australian walks of life, this comedic drama follows two drag queens and a transgender woman as they travel across the Australian outback in a tour bus named Priscilla. The 1994 film was a huge hit, and is celebrated for bringing a positive portrayal of LGBTQ people to mainstream Australian (and international) audiences. 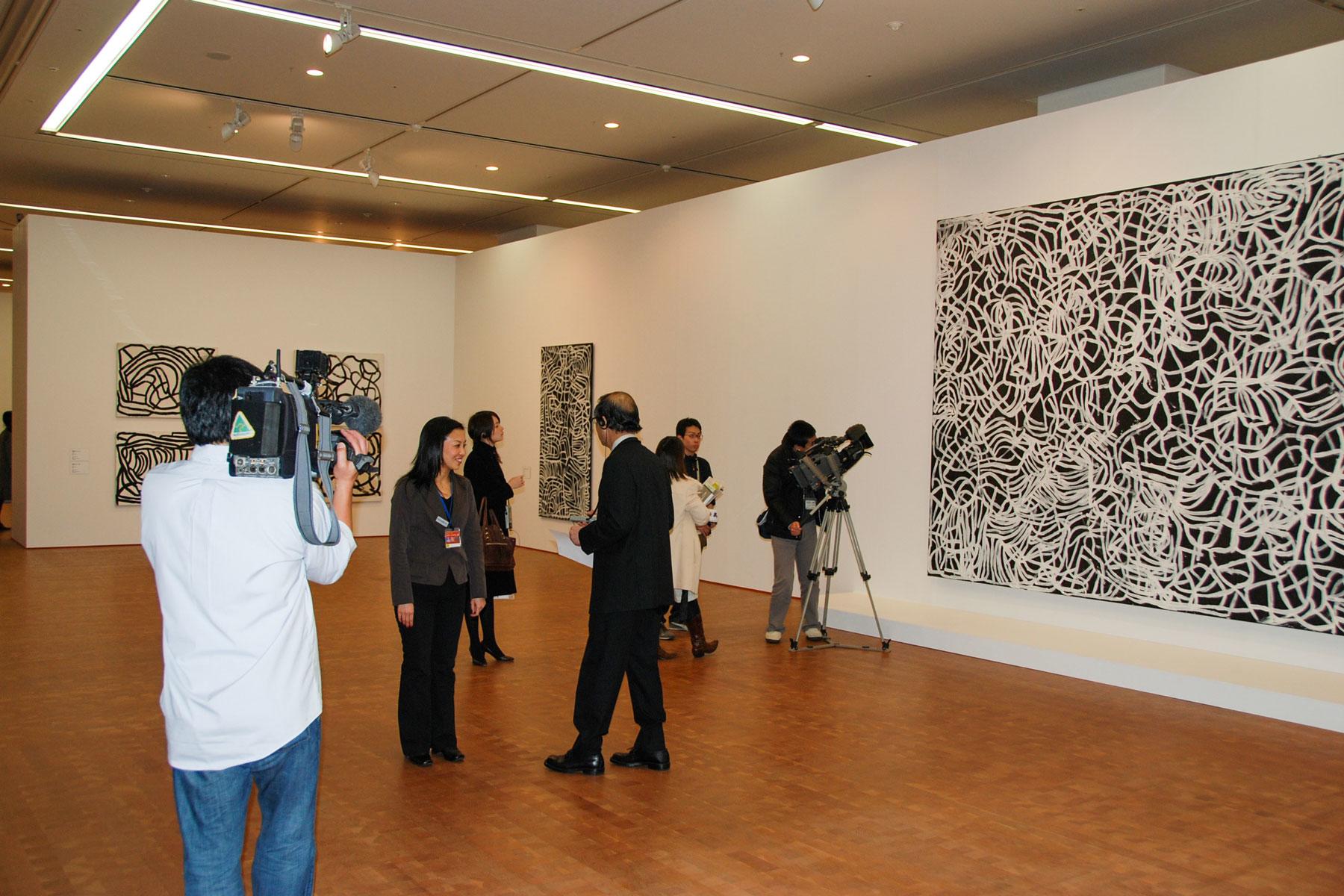 Emily in Japan: The Making of an Exhibition

This documentary follows aboriginal artist Emily Kame Kngwarreye (a native of Utopia, Central Australia), whose humble start to painting in her late 70s led to her becoming one of Australia’s most prolific and highly-regarded artists. The film follows Emily’s story as an artist, beginning in the deserts of Central Australia, and culminating in Osaka and Tokyo with the preparation and execution of one of the largest international exhibitions of a single Australian artist, ever. 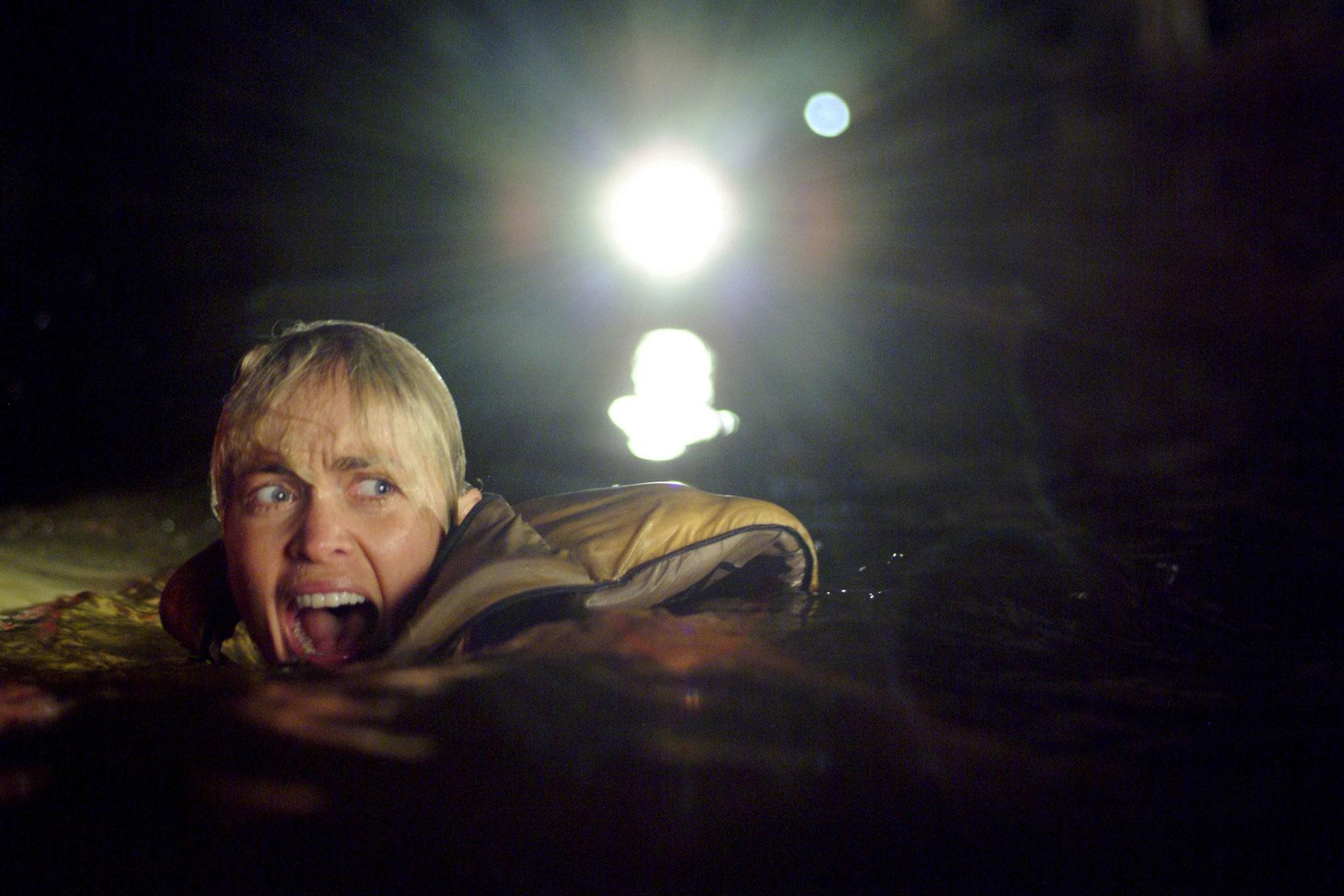 Worried there was a lack of giant killer crocodiles on this list? In this amped-up, JAWS-like horror/thriller, Australia’s scariest predator is larger-than-life and hungry for humans. Between the animatronic, jaw-clamping thrills, big splashes, and narrow escapes, there are beautiful shots of Australia’s Kakadu National Park. 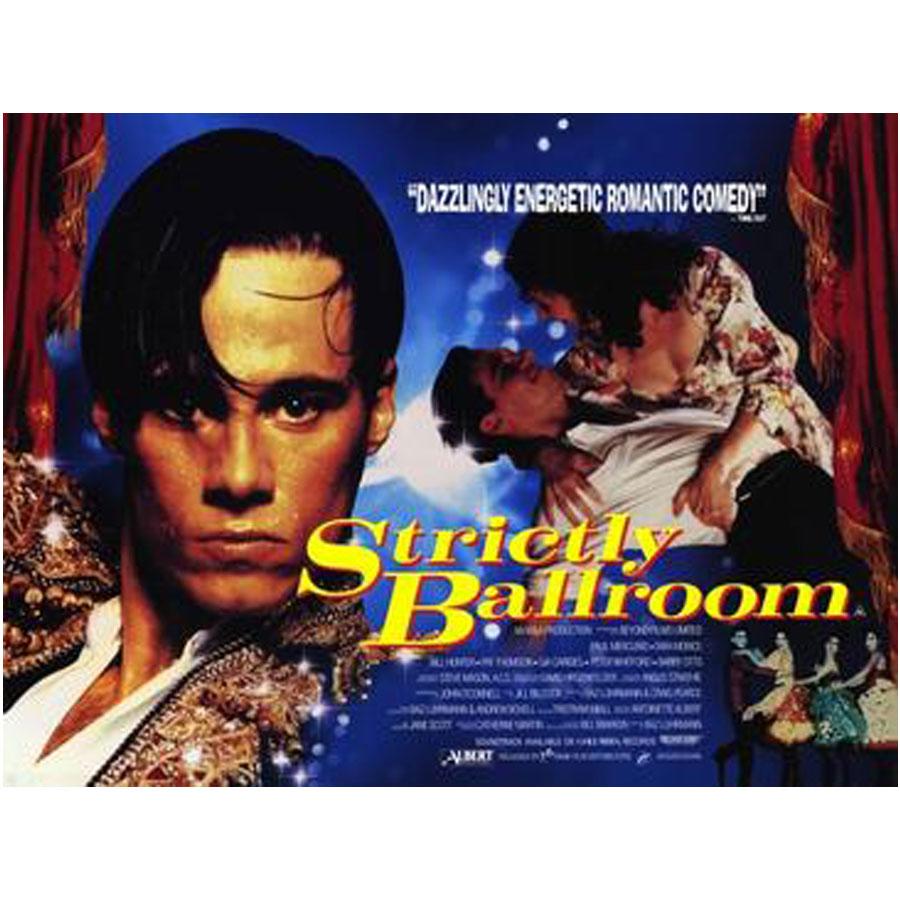 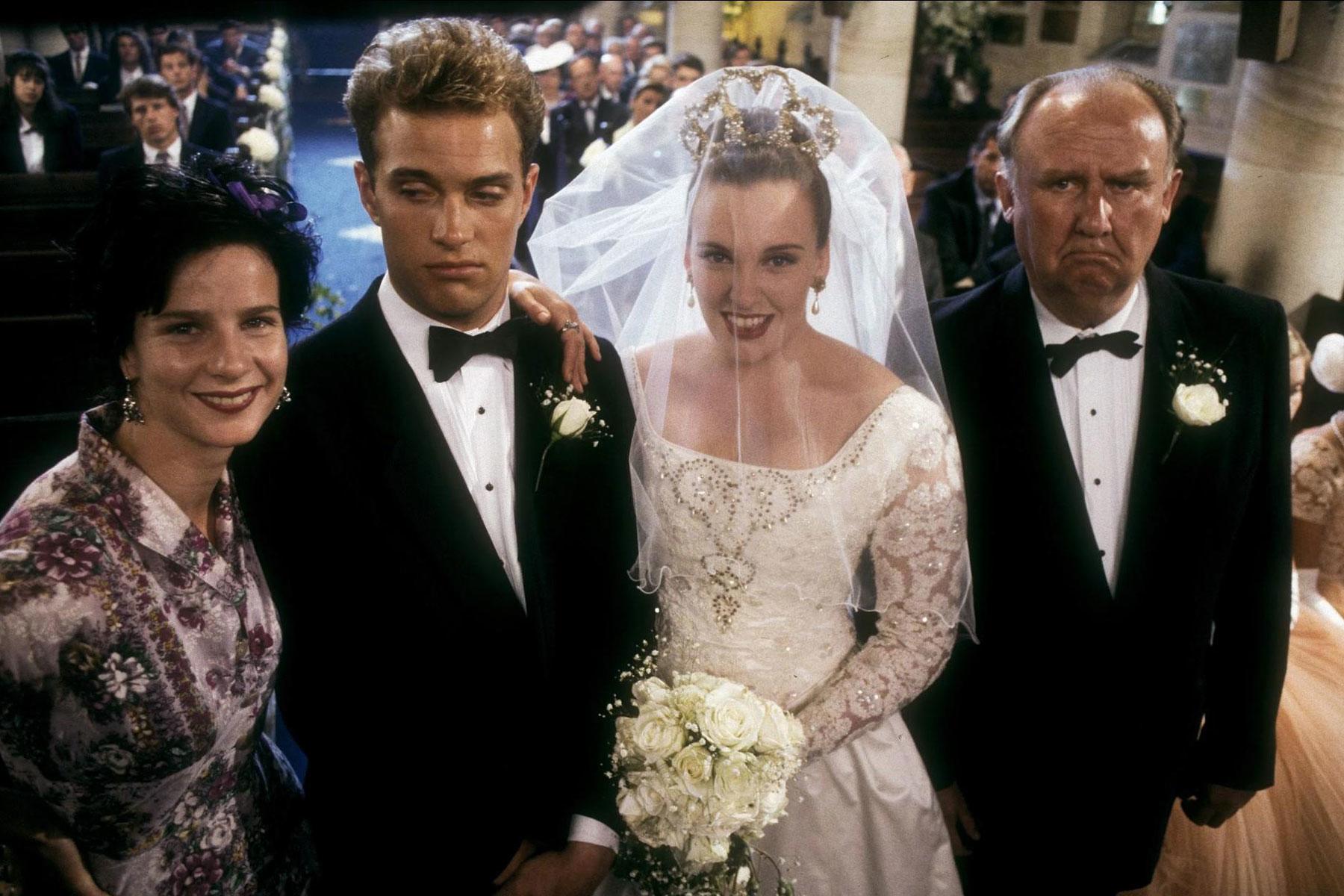 In P.J. Hogan’s 1994 romantic comedy, an ABBA-loving, wedding-crazed Toni Collette (nominated for a Golden Globe in her role as the adorable and bumbling Muriel Heslop) leaves life in her oppressive, cliquey beach town to find herself (and maybe love) in big-city Sydney. A story more about friendship and self-discovery than marriage, the movie is warm and quirky in a delightfully Australian way. 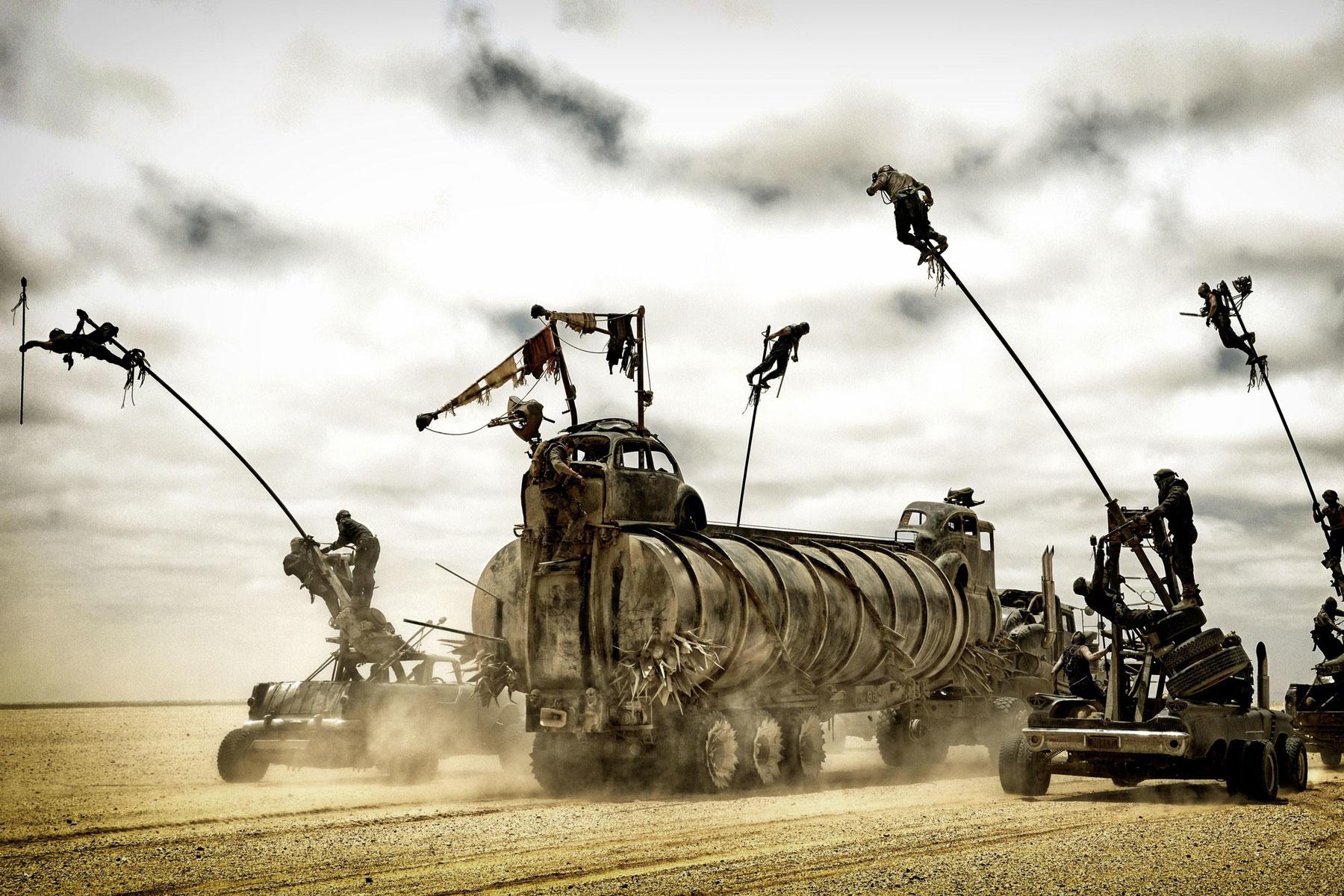 George Miller’s adventure franchise (Mad Max, Mad Max 2, Mad Max Beyond Thunderdome, and Mad Max: Fury Road) takes viewers on frenzied chases through a postapocalyptic Australian wasteland. The first three, starring a shockingly young Mel Gibson, were filmed in the 1980s in and around Melbourne. While it might be the biggest and maddest, with modern special effects and a star-studded female cast of Charlize Theron and Zoe Kravitz, most of the desert scenes in 2015’s Mad Max: Fury Road are actually of The Namib Desert, in Namibia and South Africa.