To most food lovers, Thailand's northern reaches are a culinary hot spot, literally and figuratively. The distinctive Laotian and Burmese influences, as seen in the spicy salads, grilled river fish, and other delicacies prepared here likely resemble no Thai food you've tasted back home. Through rice paddies, across plains, and along the majestic Mekong, a healthy peasant's diet of fresh river fish, sticky rice, sausage, and spicy salads replaces the richer shellfish and coconut curries of Thailand's center and south.

The food of the far north is distinctly different from that of the rest of Thailand. In this poorer region of the country, cooks are sometimes inspired by whatever's on hand. Take salted eggs, for example. They're soaked in salt and then pickled, preserving a fragile food in the hot environment and adding another tasty salty and briny element to dishes.

You'll find grilled river fish throughout the north, and snakehead fish is one of the region's most special treats. As opposed to the south, where fish is sometimes deep-fried or curried, here it is usually stuffed with big, long lemongrass skewers and grilled over an open fire, searing the skin. Add the spicy, sour curry that's served atop the fish—and throw in som tam salad and sticky rice for good measure—and you've got a quintessential northern meal.

Som tam, a ragingly hot green papaya salad prepared with a mortar and pestle, originated from the northeastern Isaan region, but is also found in the north. Tease out the differences between three versions: som tam poo, also found in Myanmar, integrating black crab shells (a challenging texture, to say the least); som tam pla, an Isaan version with salt fish and long bean; and the traditional Thai som tam, ground with peanuts and tiny dried and fermented shrimp.

On highways, meandering rural roads, and at most markets you'll find women selling tubes of bamboo filled with sticky rice and coconut. The rice is grilled over smoky coals, which adds a woodiness to the rice's rich, sweet, salty flavor. (Slowly peel off the bamboo to eat it.) The rice can be black or white, and sometimes is cooked with minuscule purplish beans. In mango season, khao neaw ma muang (mango with sticky rice) is the ultimate salty-sweet dessert.

This comforting noodle dish, believed to have Chinese Muslim origins, is ubiquitous in the north. Egg noodles and chicken pieces (generally a leg per serving) swim in a hearty stock fortified by coconut milk, flavored with turmeric and ginger and topped with deep-fried noodles. Add your own chili paste and lime to taste. Cheap and hearty, it's a street stall favorite in Chiang Mai.

Another northern favorite, most probably of Burmese origin, is a rich and complex slow-cooked pork curry (usually pork belly and ribs). It owes its unique flavor to the Indian-influenced use of dried spices such as coriander and cumin seeds, cardamom pods, star anise, and ground nuts (peanuts). It's best served with a side dish of sticky rice that is used to mop up the sauce. 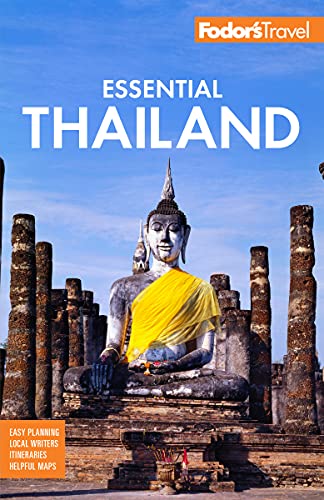