We asked Chef Bongkoch “Bee” Satongun of Michelin-starred Paste restaurant to take us on a tour of her favorite Bangkok restaurants.

At every turn in Bangkok, there’s a hole-in-the-wall cafe, food vendor, or fine-dine that will blow your mind. But where to start? Chef Bongkoch “Bee” Satongun of Michelin-starred Paste restaurant, who was named “Asia’s Best Female Chef 2018” at this year’s Asia’s World’s 50 Best Restaurants awards, has shared her secrets with us.

“I think it is so important to preserve one’s culture. There are few restaurants today that maintain the tradition behind Thai cuisine,” says Satongun, who works in tandem with her chef-husband Jason Bailey. “The tricky part is achieving harmony in the overall flavor so that it’s very nuanced while remaining true to traditional Thai tastes and appealing to international diners.”

In a city that’s brimming with dining options, Satongun leads us to her all-time favorite Bangkok restaurants.

“I personally prefer to eat Thai cuisine when I go out, and most of the time I’ll choose to eat at a traditional restaurant or familiar street food stalls,” says Satongun. “I particularly enjoy Klang Soi restaurant in Sukhumvit (12/1 Sukhumvit 49/9 Road), where they serve excellent regional Thai specialties.” The chef points to the kanon jeen sao nam (rice noodles with pineapple, ginger, coconut milk, and fish balls) as one of her comfort foods.

“The dish has a complex flavor that is a perfect balance of salty, sweet, sour, and creamy,” adds Satongun. “It is actually a simple dish, but one that is very difficult to master. What I really enjoy is that this restaurant still serves the dish with traditional hand-rolled fish balls, which is not often found in most places.” 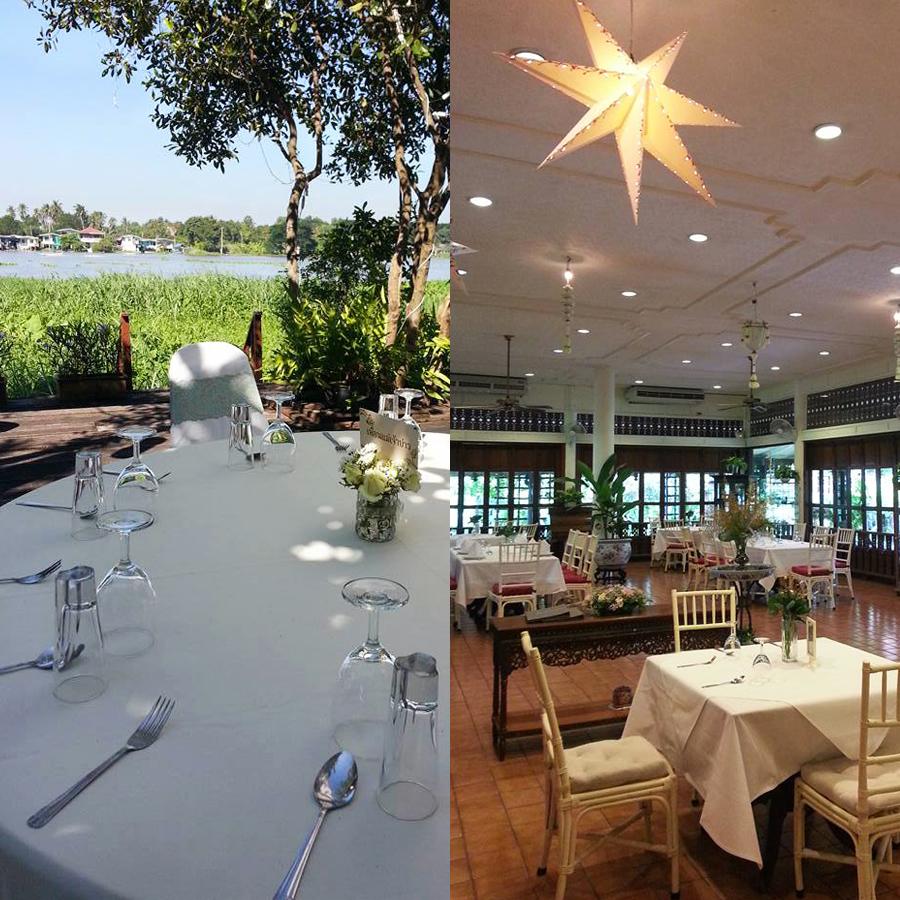 A local gem in the city center, Sanguan Sri offers a wide array of traditional Thai dishes in a no-frills setting. “The dishes served here are all ones that we grew up with, but aren’t easily found in restaurants anymore, so it brings a sense of nostalgia for me,” says Satongun. “I would recommend trying the kao chae—it’s a rice dish where the rice has been soaked in cold jasmine-infused water—and the kaeng jued kook rog, a clear soup with egg, pork intestine, and local sausage.”

INSIDER TIPThe charming mismatched dining plates and fresh daily specials caught the attention of the Michelin Guide, which bestowed the local spot a Bib Gourmand in 2017. 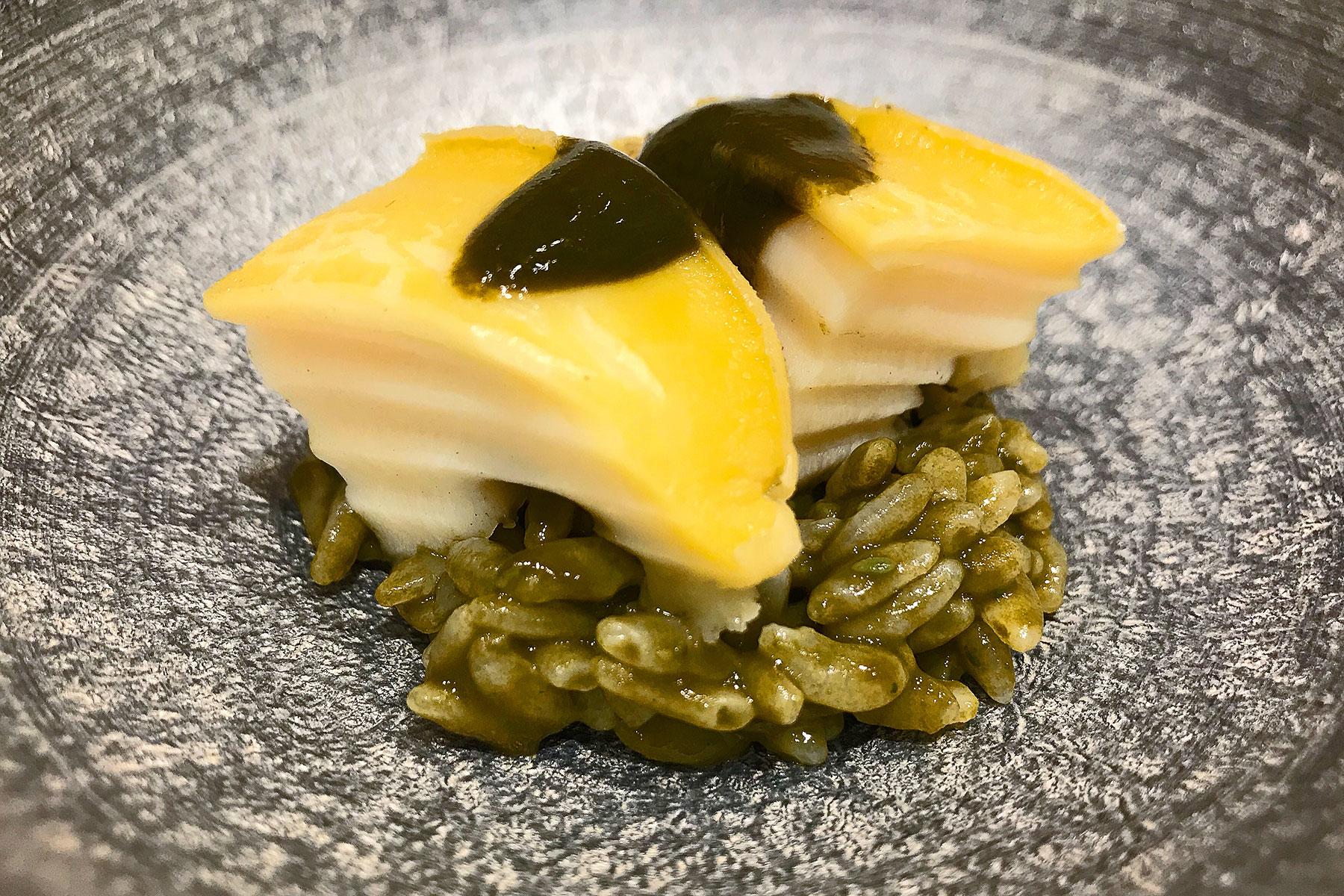 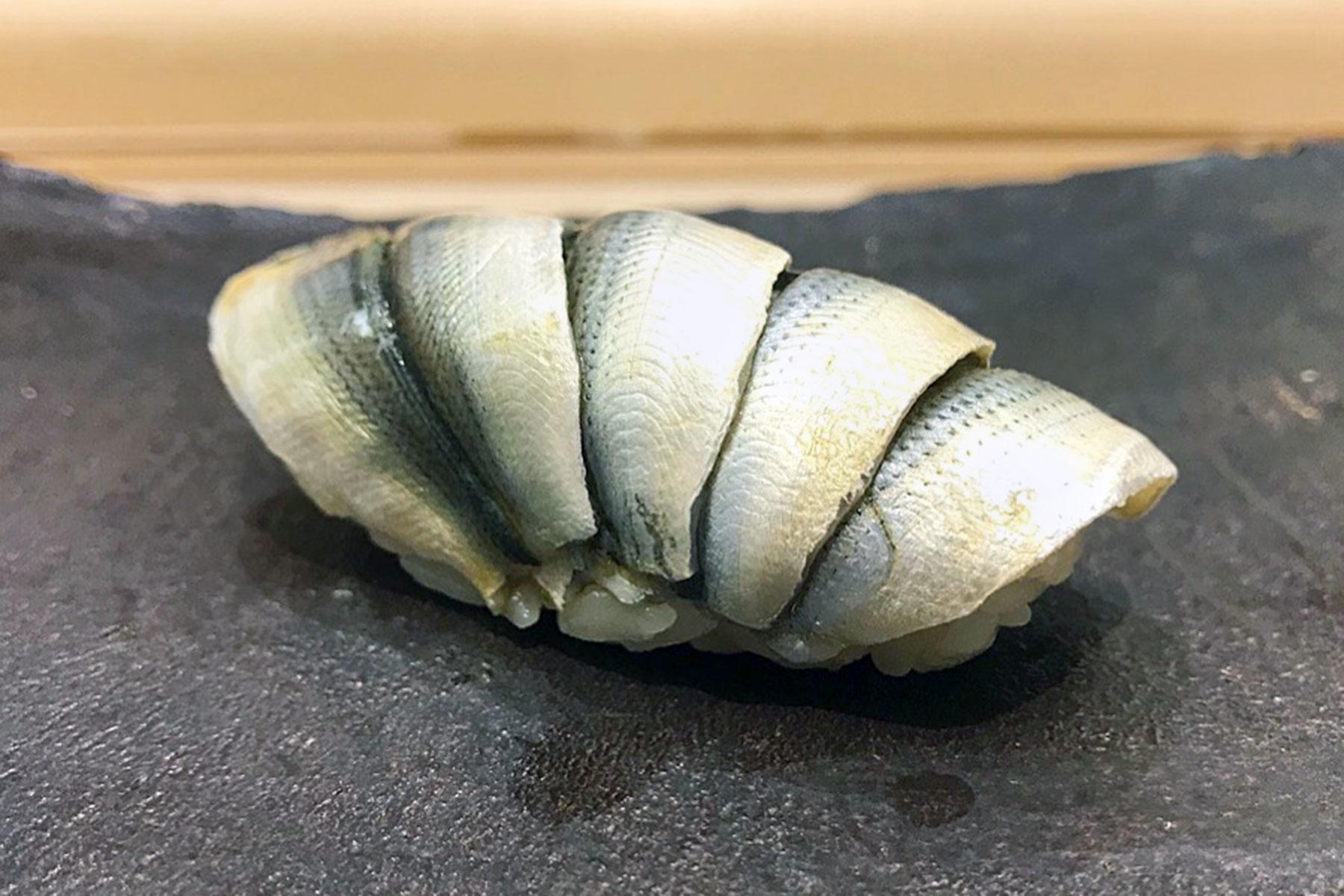 Of course, Thailand is also a wonderland of authentic international cuisine. You can find anything you’re looking for, whether it’s a Vietnamese banh mi, high-quality Italian, or hearty American fare. When she’s craving Japanese cuisine, Satongun heads to Umi for an exquisite dining experience. “This is one of my favorite tables for its fresh sushi and omakase,” she says. “The chef uses exquisite produce and applies exacting standards to each dish that makes every bite really enjoyable.” 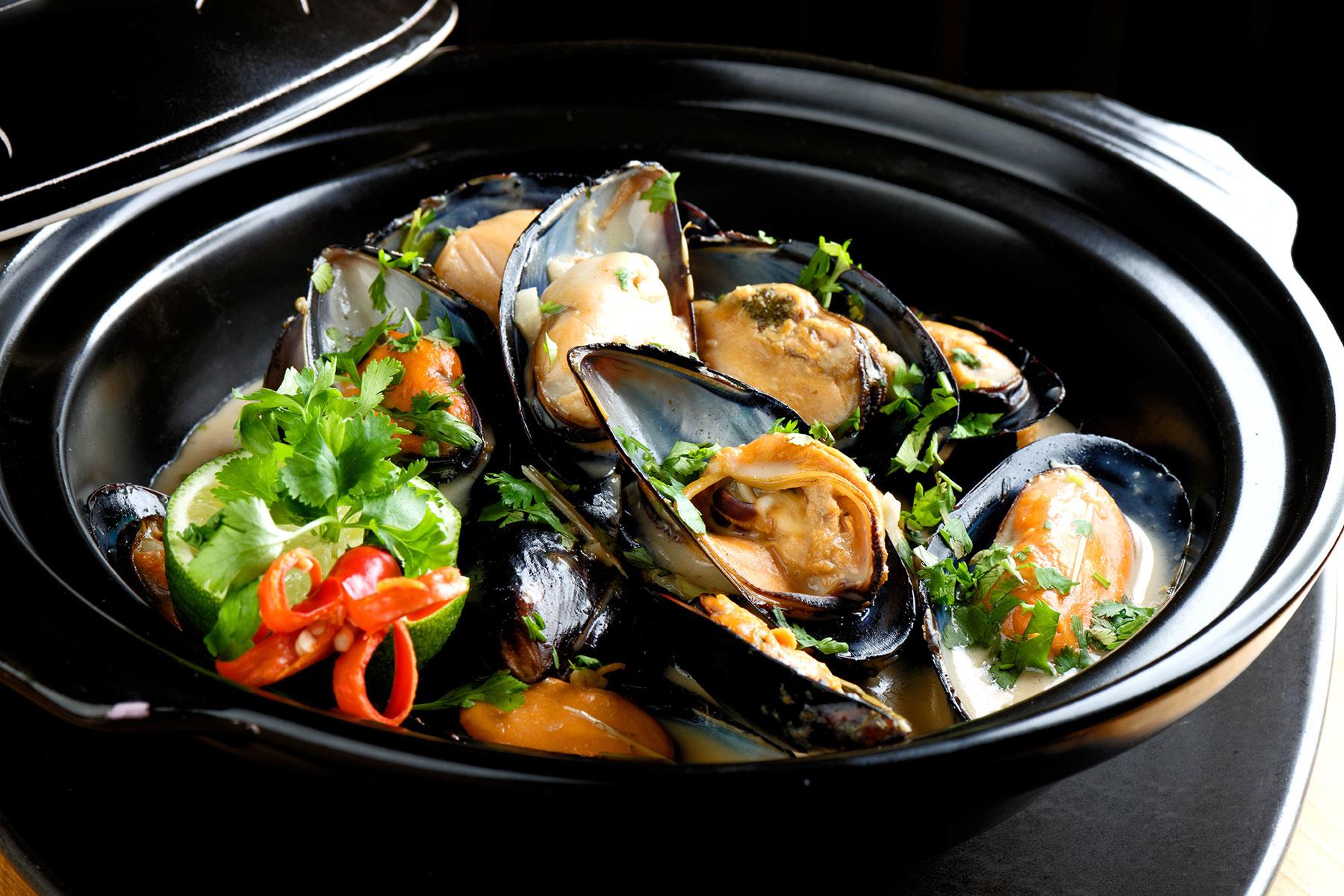 Set in a picturesque location next to traditional Thai houses along a tree-lined canal, Suan Kanwela (73/60 Kamphaeng Phet Road) is among the most charming restaurants in Bangkok.

“The setting brings back memories of old Thailand and delicious, rare Thai dishes,” says Satongun. “Without fail, I’ll always order the stir-fried mussels with tree basil or the red curry with river snail and acacia. The chef makes the curry pastes from scratch, which gives the dishes a rich flavor and their distinctive aroma. These dishes are often laborious to prepare, so are quite difficult to find in other restaurants.” 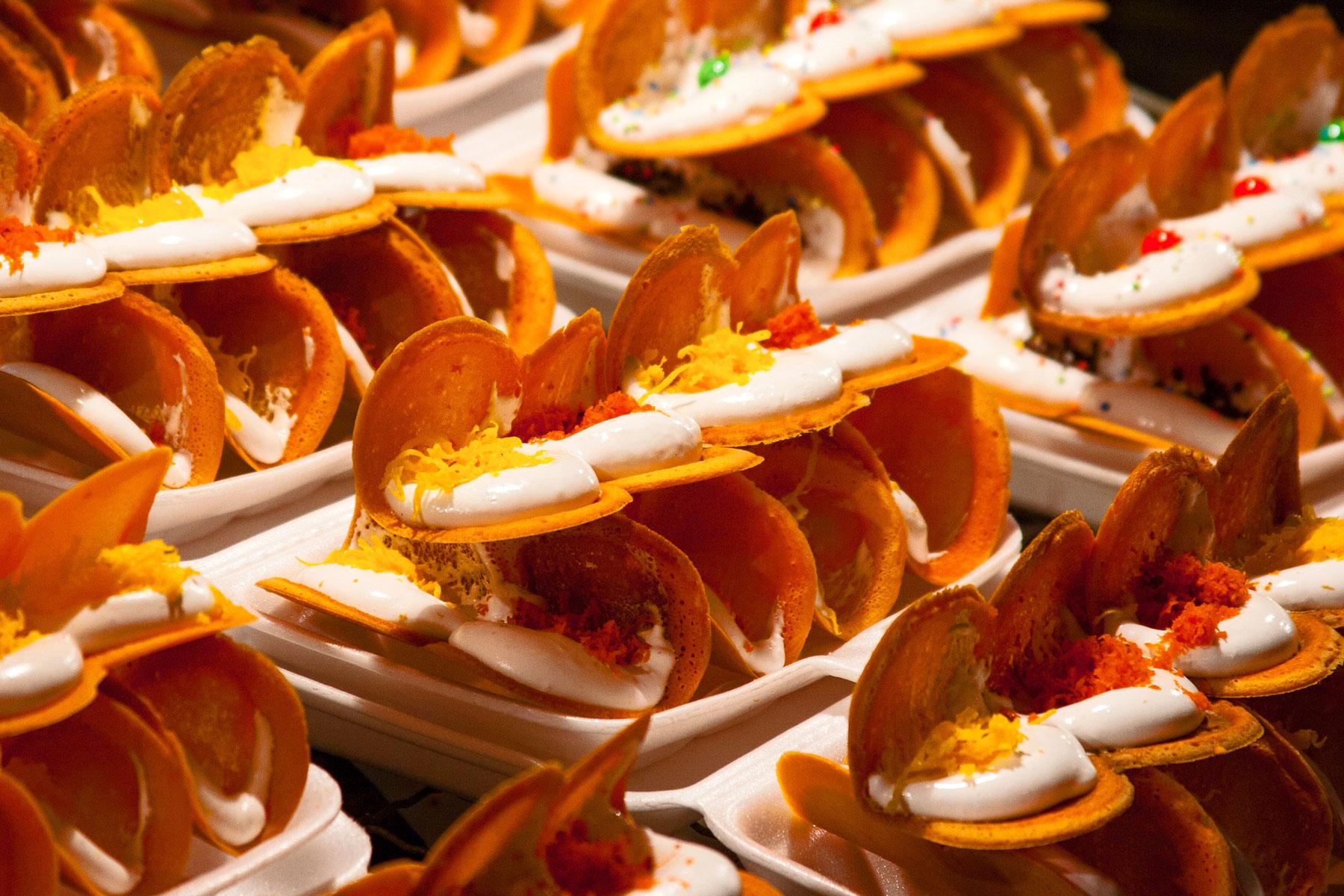 Located on historic Thanon Tanao Road, Lamead (286 Thanon Tanao) is a little family-owned street stall that specializes in kanom buang, crispy taco-like Thai crepes. “It was started by a grandmother who worked at the royal palace. When she left, she opened this shop,” says Satongun. “The family serves both sweet and savory kanom buang, which are made from a palace recipe. They’re filled with a variety of ingredients, such as persimmon, golden egg yolk thread, sweet winter melon, and coconut.”

INSIDER TIPThe owner’s grandson has now taken over the shop, but he continues to prepare the crispy pancakes using his grandmother’s secret recipe. 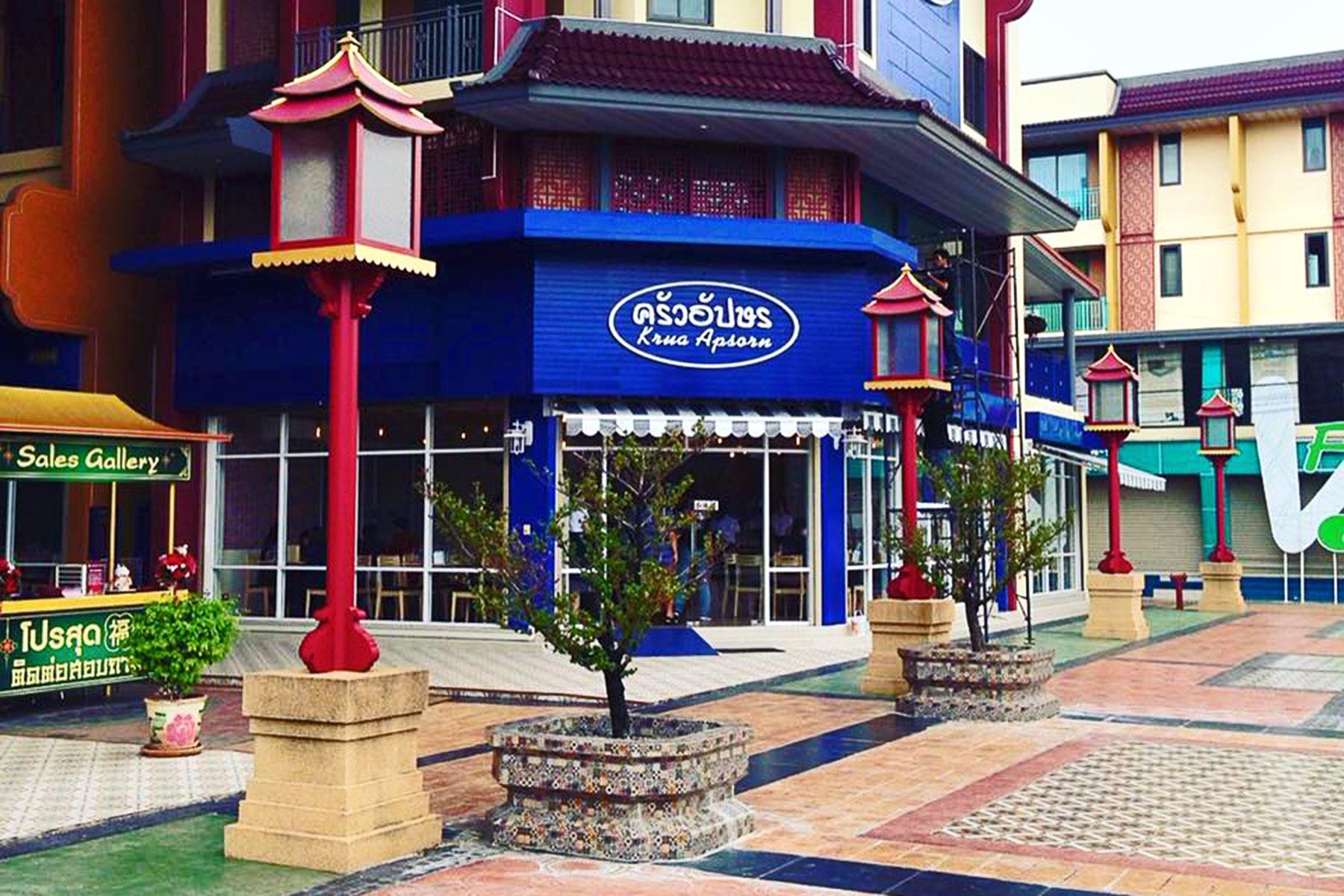 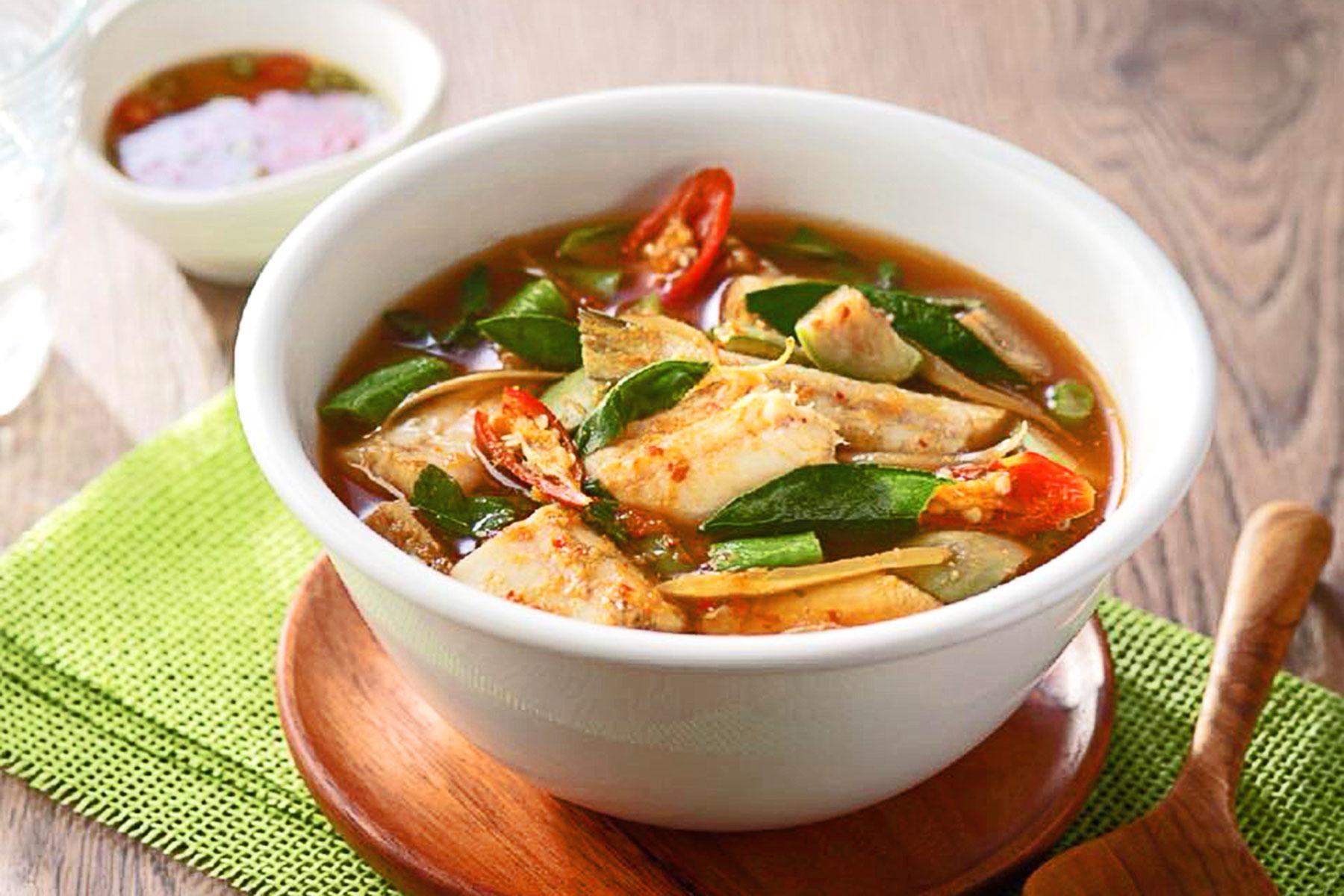 PHOTO: Krua Apsorn
Previous Next
7 OF 10

With several branches around town, Krua Apsorn is a long-time favorite of chefs and foodies. There are at least four locations across the city, but Satongun tends to frequent the central location, where you’ll find clean interiors and simple cafeteria-esque seating. But you’re not here for the decor—you’re here for the home-style Thai cuisine and excellent ingredients. “I visit Krua Apsorn regularly for the mouthwatering traditional local fare—their stir-fried crab meat with yellow chili peppers is simply the best,” says Satongun.

INSIDER TIPIf the crab sells out—which is known to happen—ask about other signatures such as the crab-meat-stuffed omelet, creamy green curry, or stir-fried green mussels with chili.

A sleek restaurant in the heart of Sukhumvit, Baan Ice balances contemporary interiors with old-school Southern Thai recipes that have been passed down from generation to generation. “I love visiting this restaurant because it’s a glimpse into the unique and piquant flavors of southern Thai cuisine,” says Satongun. On the menu? Try the pad sator kapi goong (stir-fried prawns), moo kapi (steamed pork with shrimp paste) or the gaeng luaeng pla sam lee (spicy sour soup with bamboo) for a sampling of southern flavors.

INSIDER TIPThis is the restaurant’s second branch, and you can find the original location farther north on Thetsabansongkrao Road should you be looking for a more rustic, homey atmosphere.

Hidden away in an upscale neighborhood of eastern Bangkok, Man Muang (Thanon Ramkhamhaeng 112, Sammakon Soi 16) will take you about 40 minutes to reach from downtown—but the trek is well worth the trouble.  “This is a home-style restaurant that specializes in northern Thai food, which is hard to find in Bangkok,” says Satongun. “The larb kua is a must-have—it’s a spicy minced pork salad made in the northern style using makwan pepper [a rare, wild pepper grown in Thailand]. What makes this dish perfect is the subtle balance of dry spices, fresh herbs, and the right seasoning so it’s refreshing on the palate.” 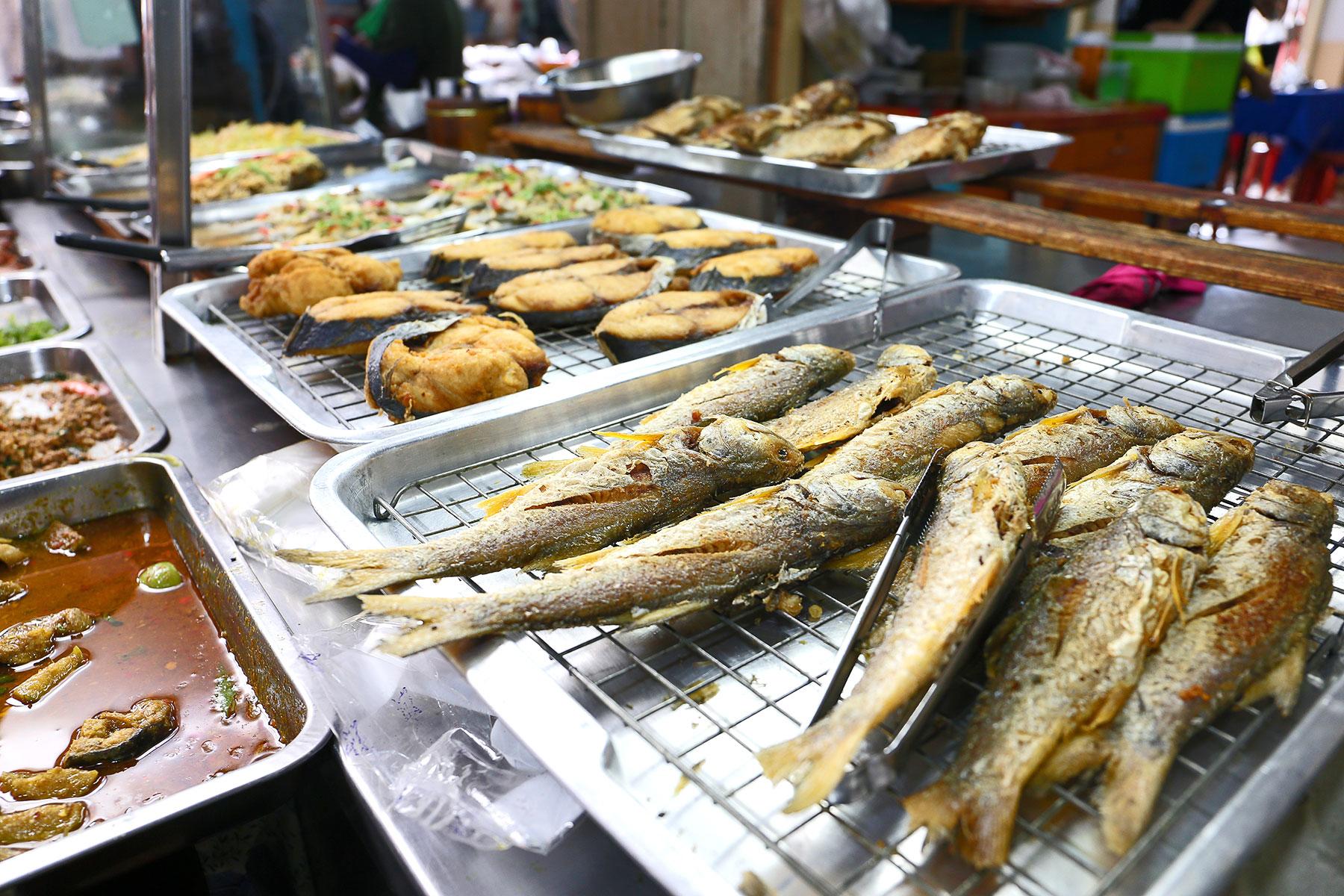 Bangkok might be famous for its floating markets, but there’s a land-locked spot that Satongun loves to frequent for fresh food and old-school dishes: the Nang Leong Market (Nakhon Sawan 6 Alley, Khwaeng Wat Sommanat). “Built during the reign of King Rama V, the Nang Loeng Mark was officially opened in 1899 as the first land market of Thailand,” says Satongun. “You can find numerous vendors serving tempting local desserts and traditional dishes, such as kao chae (a jasmine-infused rice dish) and pla name (shredded fish mixed with slices of pork skin).