Many travelers headed to Bangkok look forward to spoiling themselves with budget-friendly massages in parlors on the city's streets. While cheap, these options are often unprofessional and disappointing. For a fraction of the cost of a quality massage in the United States, spending a bit more and indulging in a spa treatment at one of Bangkok's luxury hotels, home to some of the best spa facilities in the world, is the best choice for anyone in need of a little pampering. The benefits of paying a little more include full spa privileges for the day, including showers, steam rooms, saunas, and even private pools at some hotels. And with a good U.S. dollar exchange rate, it’s more than worth it to tuck away some extra change to spend on one of these spa experiences. 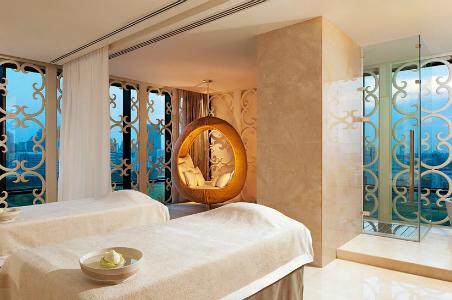 This 90-minute therapy uses warm basalt stones to ease body tension, making it especially useful after a long flight. During the session, therapeutic heat is slowly released deep into the muscles as the aromatherapy-oil-dipped stones glide over the body. Small stones used to balance chakras and harmonize energy flow are placed on energy points during the treatment. Elemis Spa is designed in soothing sand and cream tones and offers 16 therapy areas. There are two levels of amenities, including water features and relaxation zones, available before and after each treatment. 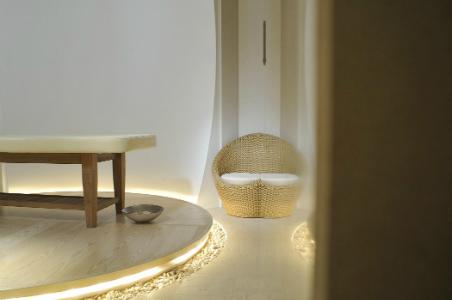 Usually suggested for guests experiencing jet lag, this combination foot treatment and body massage is one of the most popular at SPA. It begins with a rejuvenating footbath and salt peeling, followed by a stress-relieving foot wrap and massage. The second portion is a calming, full-body aromatic oil massage, including a head massage. The entire sixth floor is dedicated to the spa, which truly caters to today’s international traveler. The spa is composed of seven circular treatment rooms that represent the “global Méridien” from which the brand derives its concept. Every treatment is based on achieving total purification as well as restoring natural energy and harmony between body and mind. 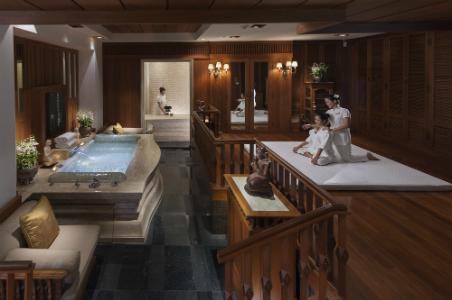 Described as a unique “Oriental” journey, this signature massage uses a concentrated mixture of essential oils from plants, which release soothing elements into the skin. The massage itself consists of Thai and European styles and relaxes muscles and energizes the body with acupressure movements and stretching. It ends with a localized shoulder and spinal homemade compress containing fresh Thai herbs. The Oriental Spa is known as one of the first spas in Thailand and is located across the Chao Phraya River, easily accessible by hotel’s private boats. The spa’s décor is influenced by classic Siamese aesthetics, and the world-class facilities are state-of-the-art. Guests are welcomed with a soothing tea, followed by a foot-cleansing ritual in addition to a private consultation upon entering the spa. 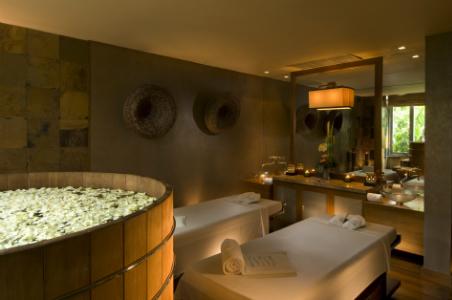 Using both Swedish and neuromuscular techniques to relax muscles, and lymphatic drainage to encourage heavy circulation, the therapist performing this treatment will use carefully applied pressures throughout the procedure. Drawn from a fusion of Eastern and Western techniques, this is a more intense massage that works your mind, body, and spirit, a head-to-toe treatment is perfect for eliminating stress and tension. Seasons Spa is located on the Conrad Hotel’s seventh floor, which is dedicated to fitness and relaxation. There are 11 spa treatment rooms and a swimming pool, in addition to various workout facilities. All of the selections on the spa menu are made up of “East-meets-West” therapies. 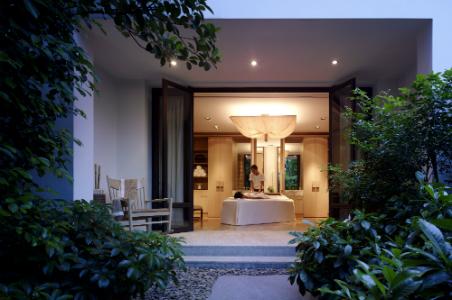 With its extensive array of nightlife and overindulgences, Bangkok can take a lot out of travelers. This massage uses a detoxifying blend of juniper, grapefruit, and eucalyptus oils applied with lymphatic drainage, rhythmic, and flushing techniques. Available in three time durations, the detox helps rid the body of toxins while easing muscles and mental exhaustion. The spa embraces its mythical concept of the “fifth level of heaven” and offers a refreshing retreat from its urban surroundings. Hidden way in the garden of the Grand Hyatt, the spa encloses the Greenhouse Fitness Center, pool, Jacuzzi, and wet areas with steam, sauna, and cold and hot plunge pools.

David Duran is a Brooklyn-based luxury, hospitality, culinary, and overall freelance travel writer who contributes to such publications as HomeAway, The Huffington Post, Destination Weddings & Honeymoons, and Out Magazine among others.  When not traveling for work, he is planning his personal travel.