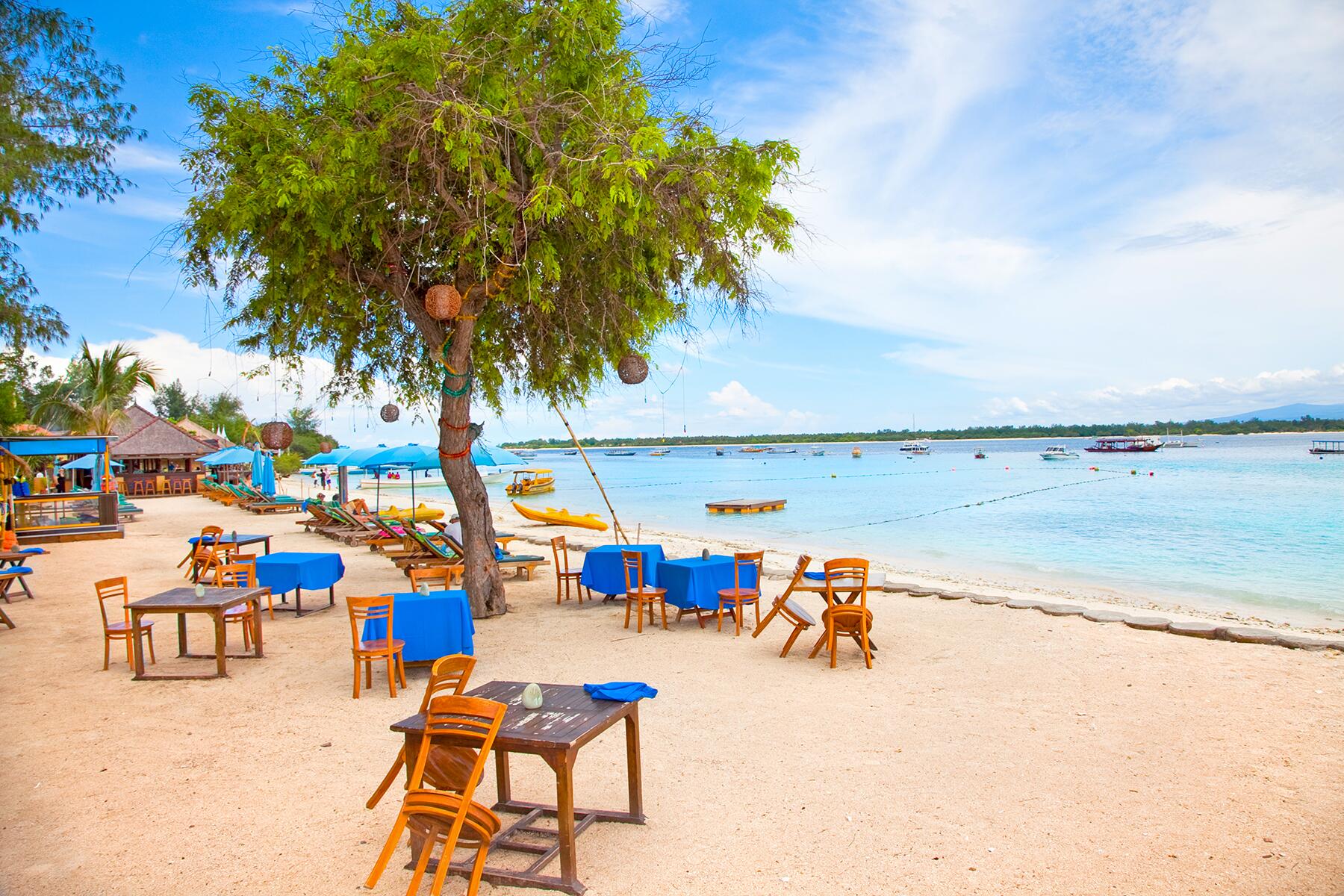 Taipei might not have a ton of bars, but that doesn't mean there aren't plenty of good places to quench your thirst.

If you go by the stats, Taipei isn’t a good place to be thirsty. With a population of around 2.7 million, the city has less than 250 watering holes. Paris, on the other hand, with half a million fewer holes to water, has over 3,200 drinking establishments, speakeasies, nightspots, clubs, dives, pubs, and bars. Yes, on the surface, the numbers don’t look encouraging. But like a lot of things in Taipei, you have to dig to get to the good stuff. Scratch and claw a bit, just a little, and you’ll find the city does indeed have that side of it that stays up too late, drinks too much, and blocks out the maudlin concrete world behind black curtains and whatever kind of song the moment or the mood might ask for. For the spirited traveler, Taipei has much in the way of that healthy form of hedonism that makes life worth living. After all, we’re only human.

Located in the basement of a Gongguan area commercial building (in the same space as The Wall, a live music venue), Korner plays host to cutting-edge electronic and visual artistry, from noise performances to psytrance, house, and techno music. The vibe is industrial and smoky, the bar housed behind a jagged sheet metal construction, and the crowd varies from foreign students and teachers to locals. Events take place most weekends, and once a month the venue plays host to an “Adult Game Club”, the promotional material for which features a condom stretched over a ripe banana. The place bills itself as “A hidden nightclub for open-minded people.” It might not exactly be hidden, but if you don’t go with an open mind, Korner might just open it for you.

In Taipei, the most interesting people can be found at Pipe when the small riverside live house (a former pump house, also in Gongguan) puts on a trance party. The parties don’t happen all the time, but when they do, they are long and they can be legendary. One of the perks of the place is that being in the middle of a park by the Xindian River, there are no killjoy neighbors to call in a noise complaint. Under the elevated Shuiyuan Expressway, revelers can howl all night and long into the morning, imbibing and exploring to their vibe’s content.

A world away, but really just a few stops on the MRT, is Alchemy, a hidden speakeasy in the heart of the city’s Xinyi shopping district. In the shadow of Taipei’s own phallic tribute to progress, the 101 building, Alchemy is a prohibition-era throwback—a classic wood-paneled lounge where award-winning bartenders mix top-shelf cocktails for a discerning clientele.

Black Wind Bar is for the rockers who don’t mind a heaping dose of KISS and Queen with their nightlife. The walls are decked out with everything from oil paintings of Gene Simmons to Ozzy Osborne figurines, and the bar is bedecked in flames. With craft beer, strong cocktails, fusion pub grub (Taiwanese-style scotch eggs, anyone?), Black Wind Bar is about as good an excuse to wake up with a sore throat and a pounding headache as this city has.

Helmed by a pair of expatriate Brits, the sign on the downstairs bar at Revolver, perhaps surprisingly, reads “No Coldplay.” Upstairs, in the small second-floor venue space, bands ranging from punk and metal to shoegaze and dream pop play to maxed out crowds of about a hundred partiers. The downstairs crowd, a mix of foreigners and locals, spills out onto the Roosevelt Road sidewalk into the small hours, awash in drunken conversation.

This is Taipei’s home of the hipsters on Heping East Road. On the surface of things, it’s a pretty unpretentious walk-up joint, on the second floor of what, from the outside, looks like a semi-derelict building. Walk in and it’s your basic no-nonsense setup with a long bar, tables, and booths lining the far wall. It’s a standing-room-only crowd, populated by hard drinkers, stand-and-sippers, and the occasional celebrity patrons who all come to hear DJs. In spite of its name, The F—ing Place isn’t a hook-up joint or a swinger’s club. But it is a solid place to catch a mid-week buzz. 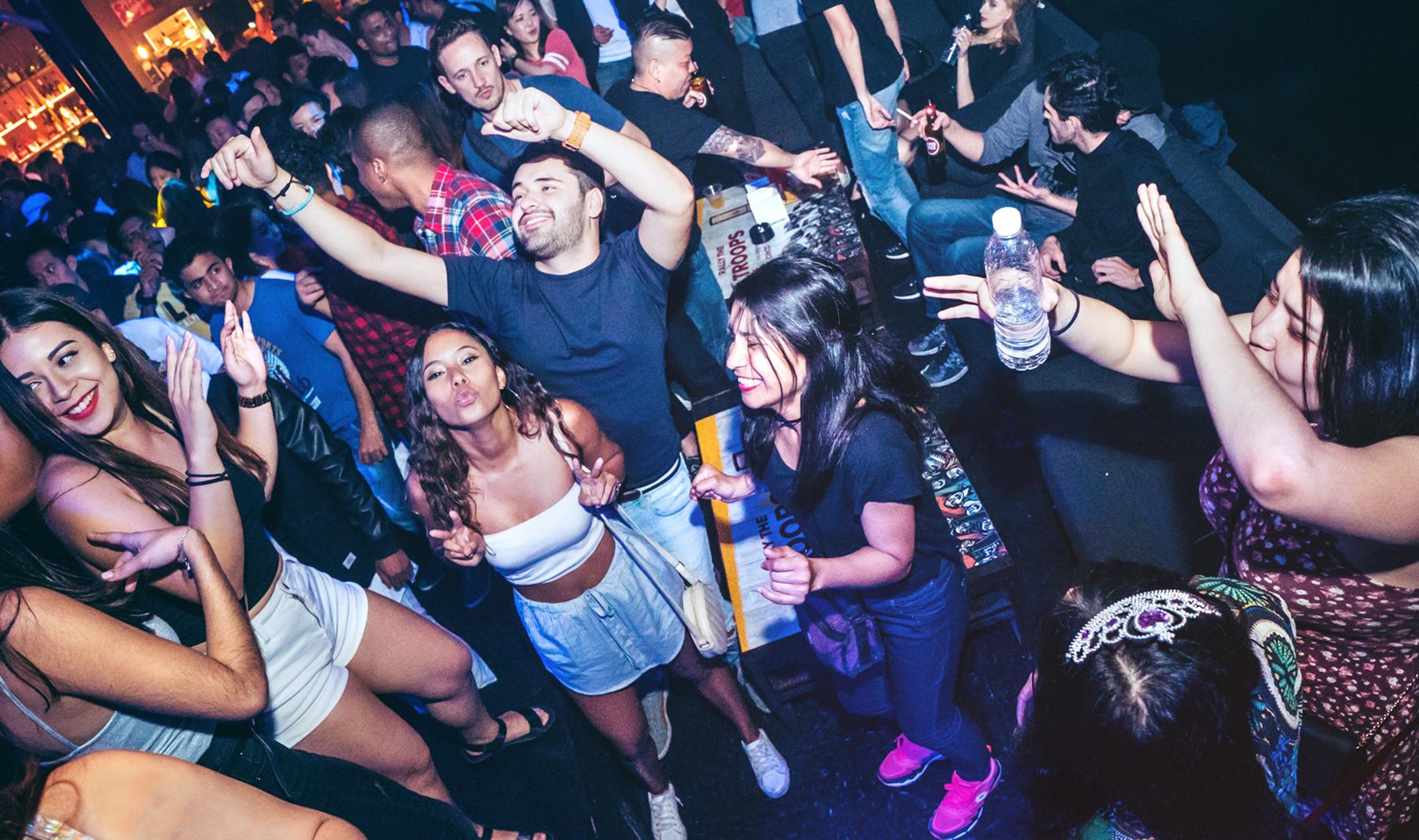 Parties, after parties, shindigs, shakers, ragers, and raves—Triangle pretty much has it all covered. Triangle takes advantage of its strategic location next to Yuanshan Stadium, free of the usual hazards of having a club in a residential area, to provide a hassle-free zone for party-goers. The décor is industrial and DJs bump everything from Latin to house to hip-hop. Live bands sometimes frequent the stage, recent events including a ska band from Japan and a ’90s cover band night. On weekends, the party goes to the early morning, with patrons spilling out into the nearby park to watch the tequila sunrise. 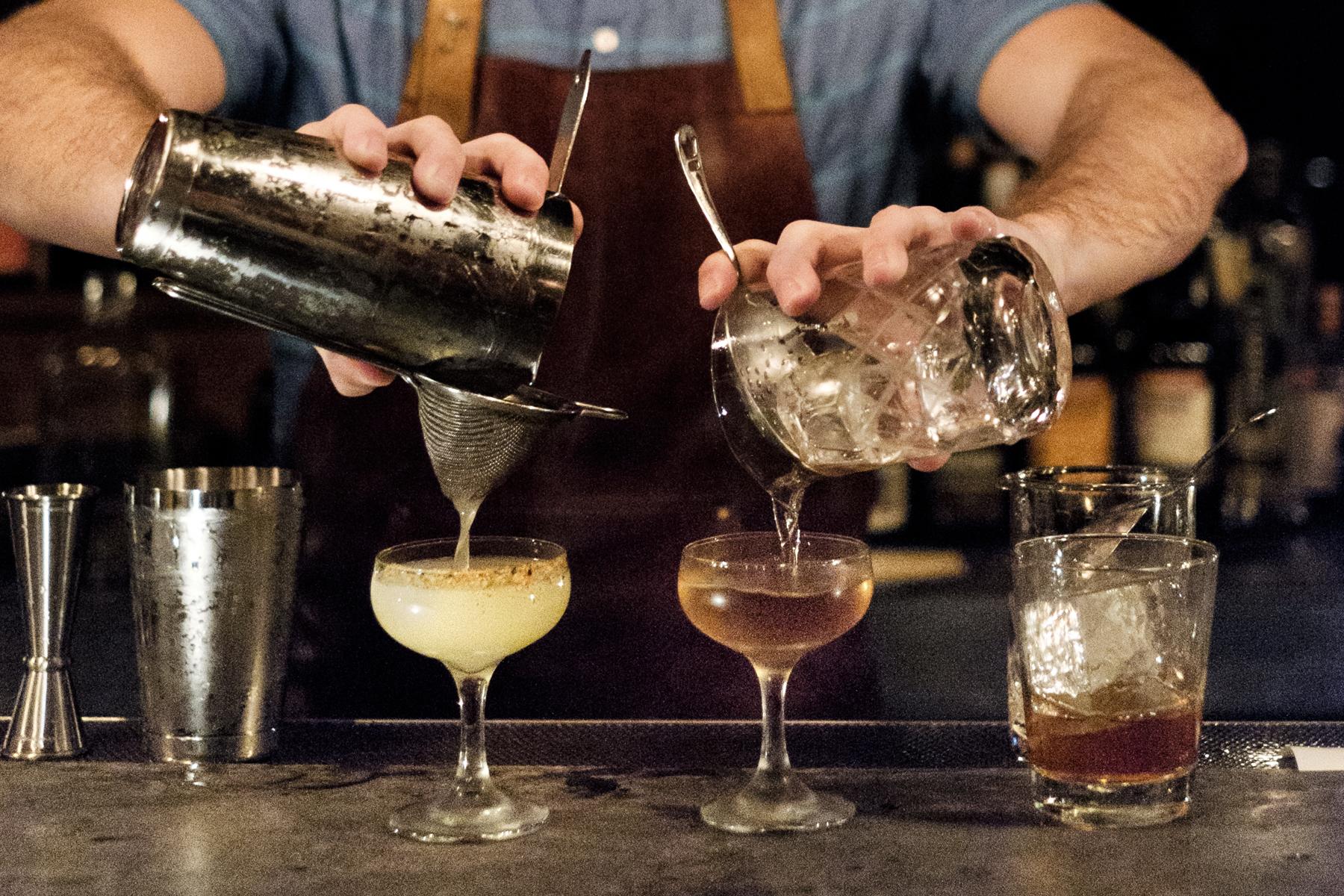 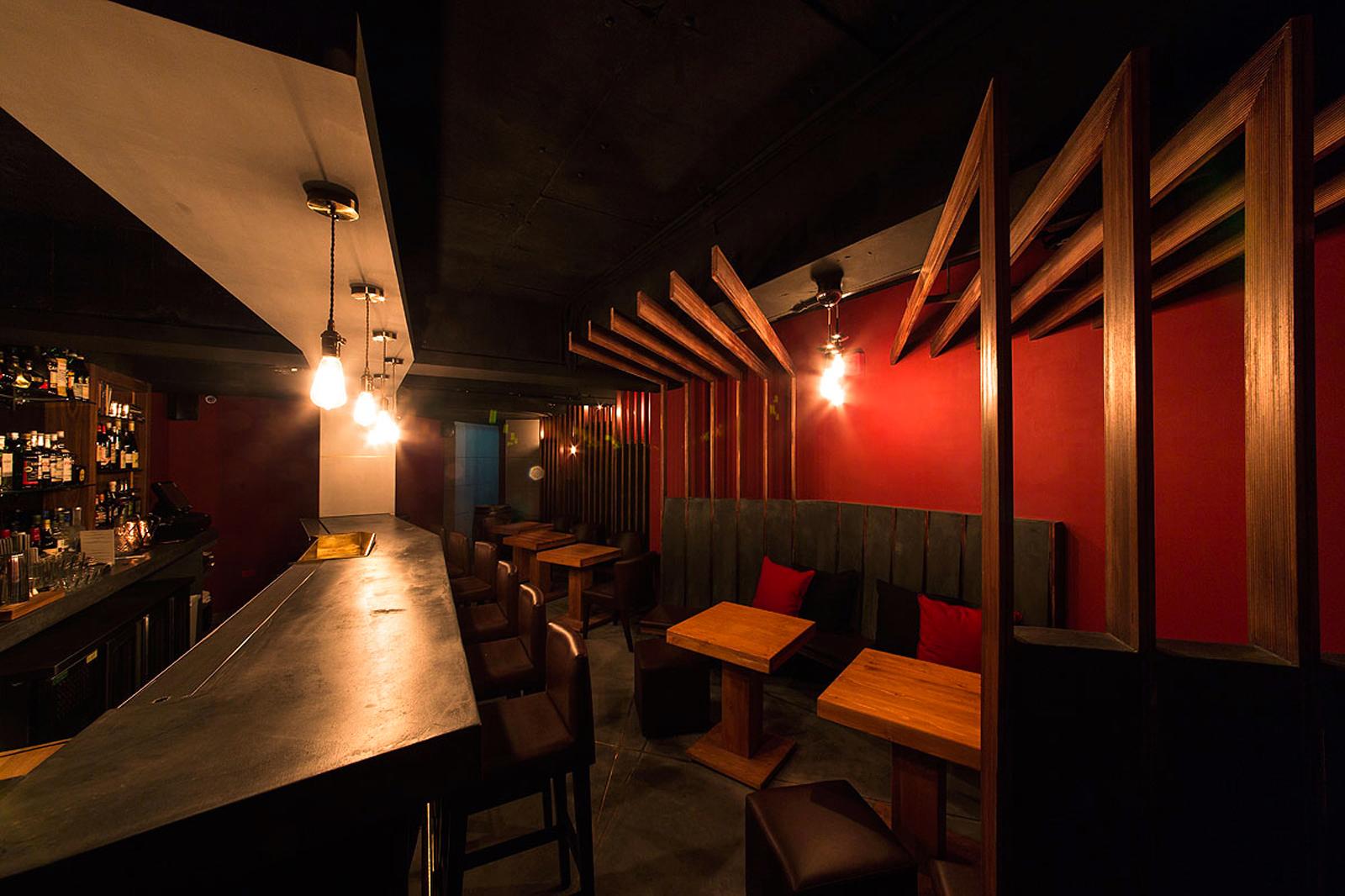 PHOTO: Southfish Inc.
Previous Next
8 OF 10

This one is for the cocktail snobs. Located through a hidden entrance behind a coffee shop in a small lane, between Dunhua South and the bar and restaurant-lined Anhe Road, Ounce is known for its custom cocktails and some of the most knowledgeable bartenders in Taipei, or perhaps anywhere. It’s tough to get a seat here at times, but if you do manage, it’s worth the wait. 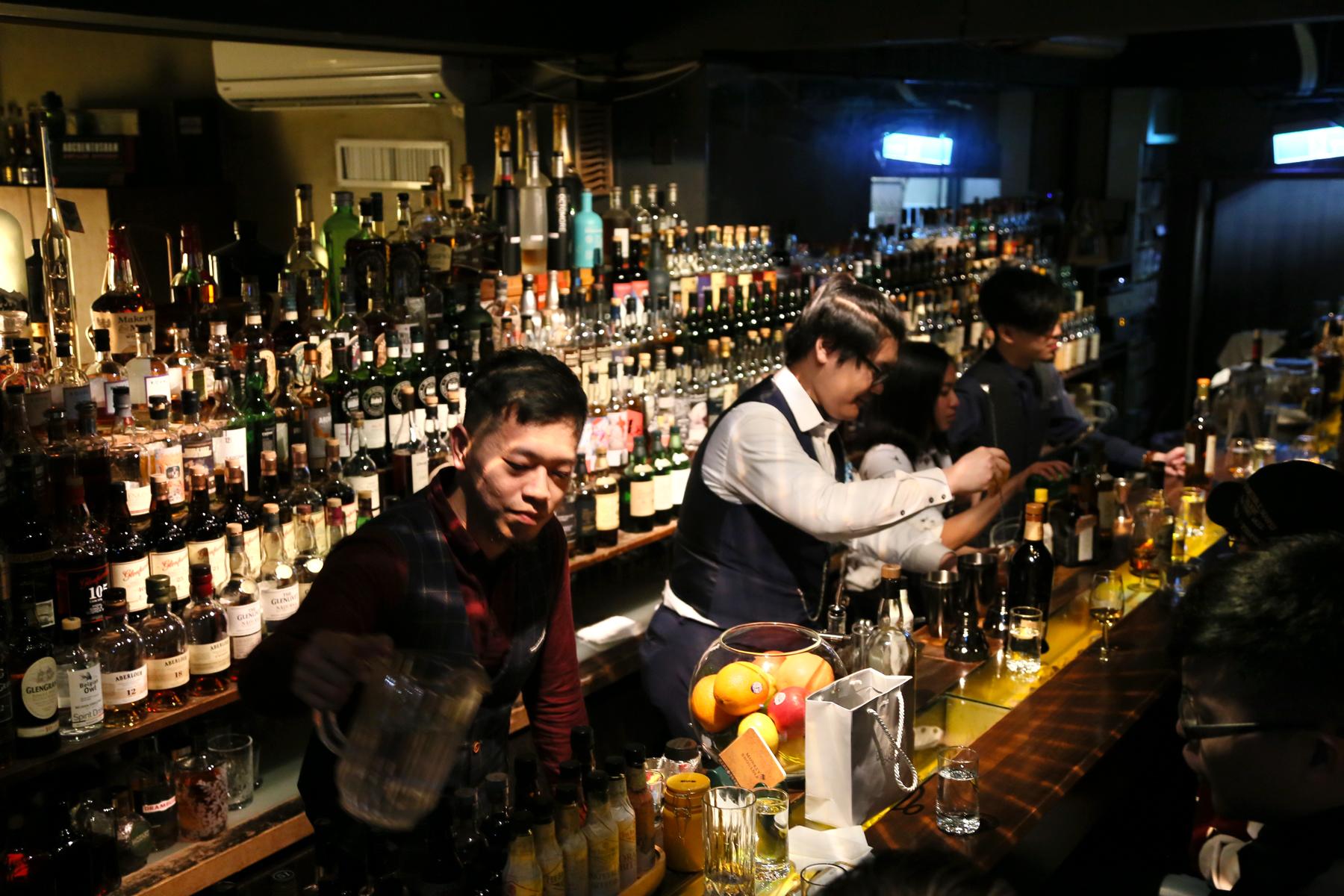 A haven for whisky drinkers, with a wide variety of top-shelf booze, this bar has an old-time feel and no menu. This is a place where you tell the bartender what kind of flavors you’re looking for, and they get you what you need. (It’s always on the mark.) 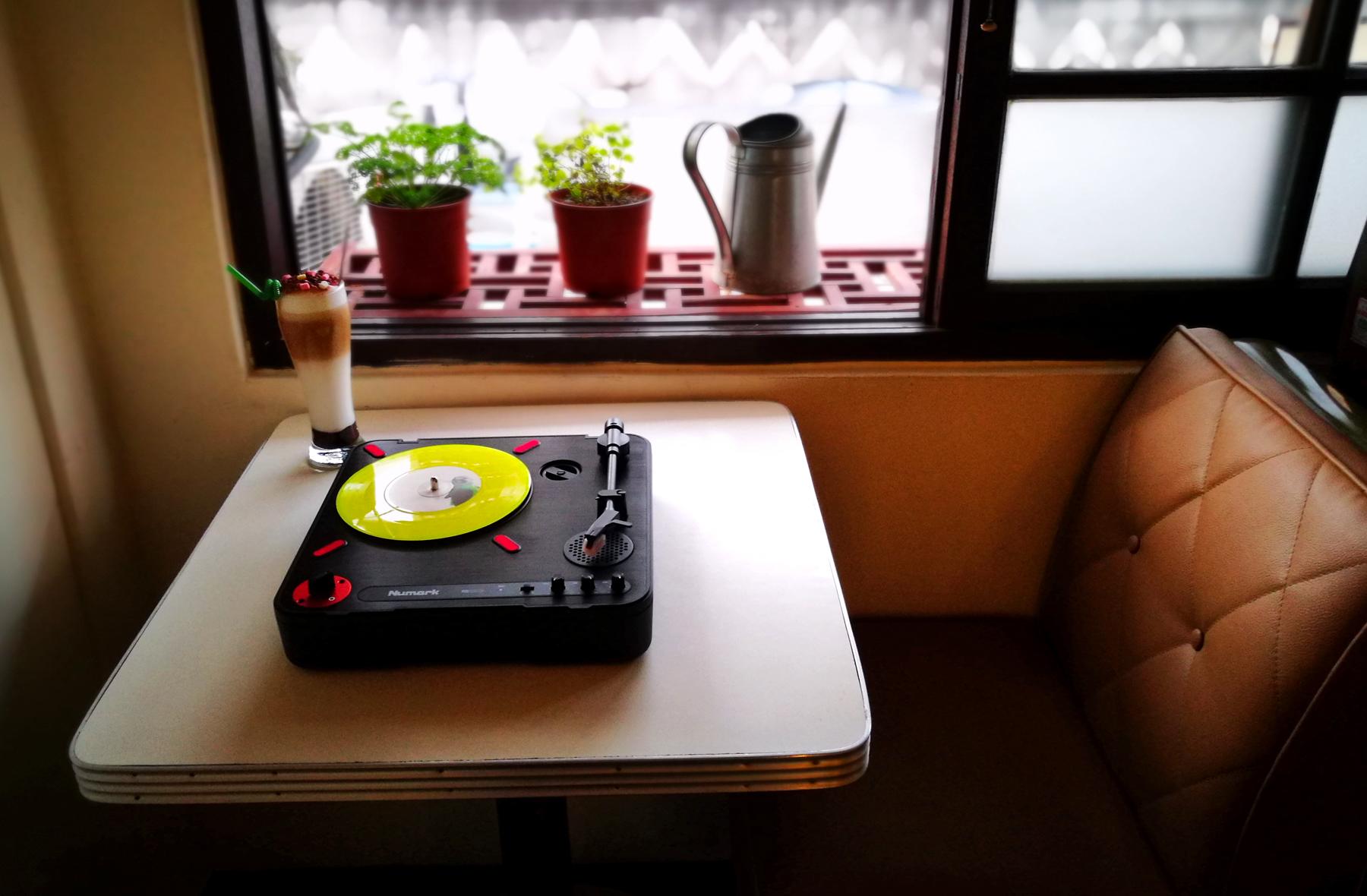 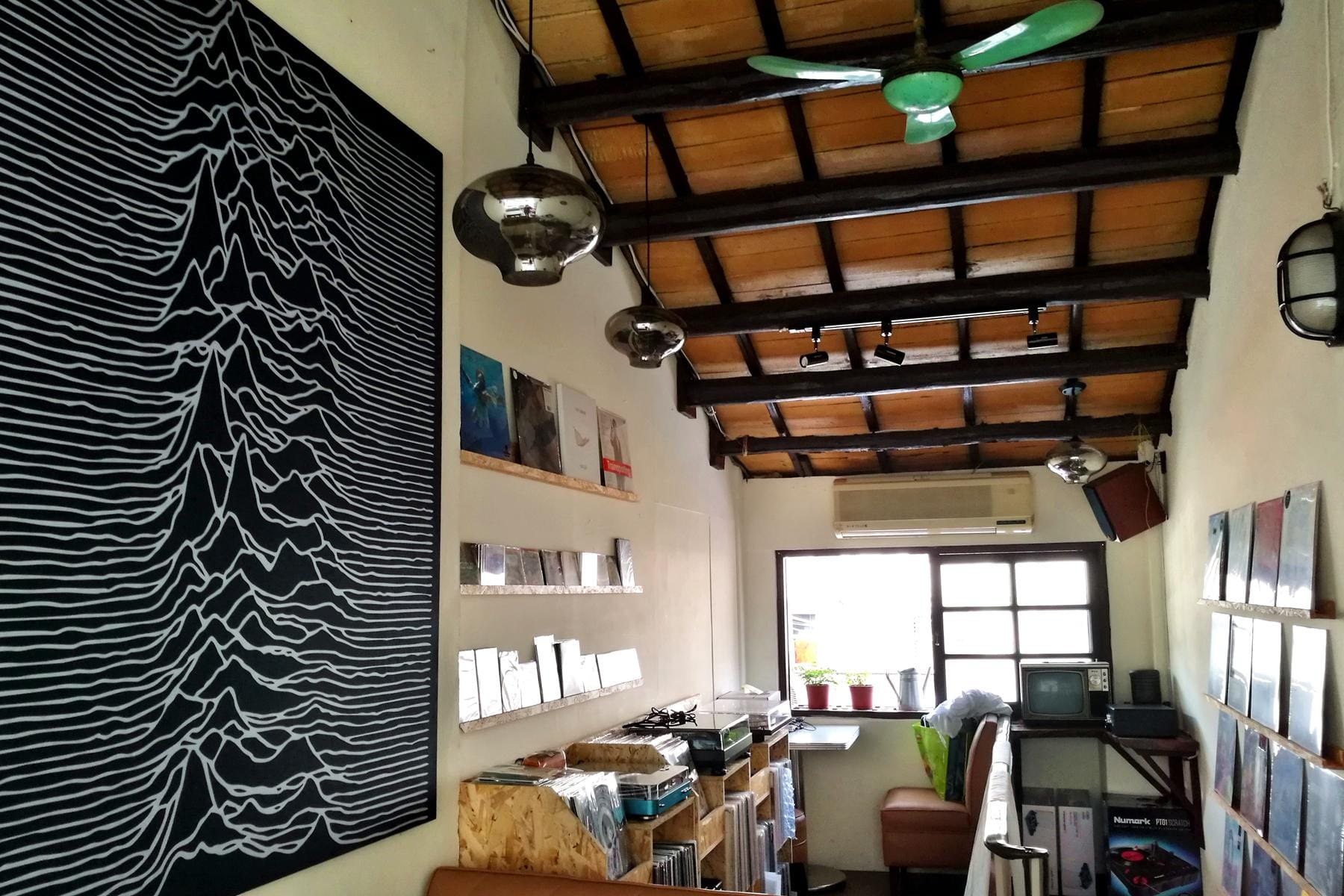 A small, somewhat out of the way cafe/bar/record shop, THT caters to lovers of all things eclectic. Punk, metal, stoner, world, Afrobeat—if it’s out there, THT has it on the decks, along with craft beers and French cuisine cooking in the kitchen. Owner Li Si-Ting has done time in various bands in Taipei over the years. Now, he brings his years of musical expertise to his own shop, cultivating a relaxed, welcoming atmosphere.