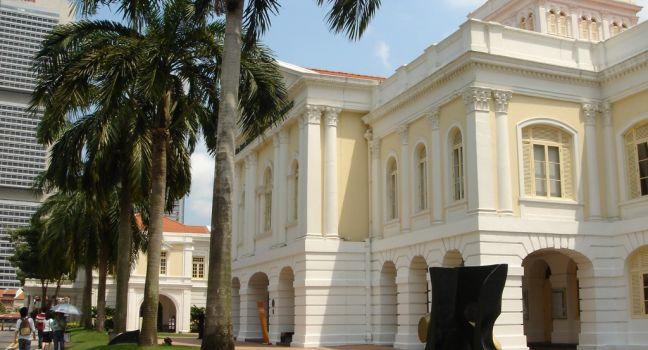 George Coleman designed the Parliament House in 1827 as a mansion for wealthy merchant John Maxwell. Maxwell never occupied it, and instead leased it to the government, which eventually bought it in 1841 for S$15,600. It was the Supreme Court until 1939 and is considered Singapore's oldest government building. In 1953 it became the home of the then governing Legislative Assembly and then the meeting place for Parliament in 1965. The bronze elephant statue on a plinth in front was a gift from King Chulalongkorn of Siam during his state visit in 1871. The building now houses The Arts House performance space. Film retrospectives, photo exhibitions, musicals, plays, and talks by experts are regular events.