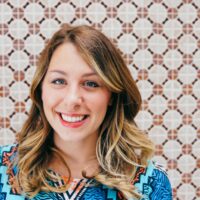 Myanmar is fast becoming a hot spot for off-the-beaten track experiences in Asia, from rugged mountain treks to ancient temples. Yangon, the largest city in Myanmar, has much to see, from the shining Shwedagon Pagoda to sun-dappled lakes, frenetic night markets, and historic architecture. A British colony from 1824 to 1948, Yangon retains elements of its colonial past, visible in cozy tea houses and a handful of photogenic heritage hotels. These old-world abodes will be your best bets for accommodations if you’re keen to soak up Yangon’s past and present. 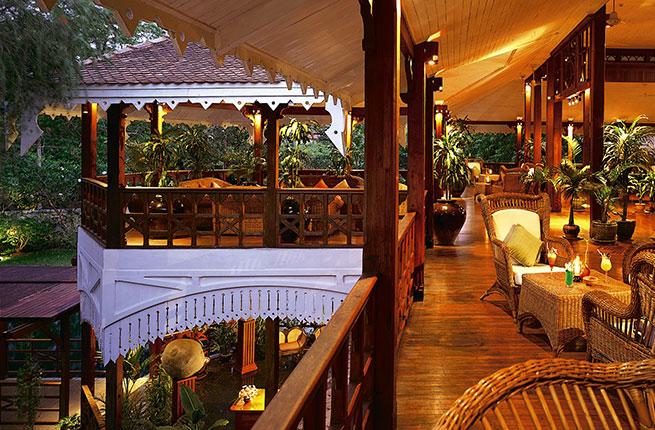 Located in a quiet, leafy district surrounded by embassies, the Belmond Governor's Residence isn’t your typical colonial outpost. Instead of a bright white British-style facade, this luxury resort from the Belmond group is housed in a 1920s teak mansion that was once owned by the ruler of Myanmar's southern states. It presents open-air luxury at every turn, from the crisp welcome juice to the alfresco Mandalay Restaurant, shimmering fan-shaped pool, and timber-clad Kipling Bar. While you’re there, enjoy private tables in the garden courtyard and relax in the spacious suites—rooms start at 420 square feet and all come equipped with rain showers, free-form terrazzo baths, daily tea-time treats, hand-carved canopy beds, and complimentary Wi-Fi. 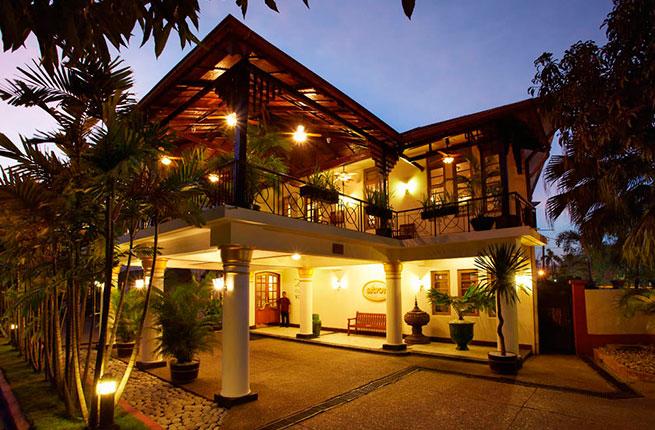 Creaky wood floors, open-air restaurants, a secret garden pool—Hotel Savoy checks all of the boxes when it comes to heritage-chic luxury. With only 30 rooms and suites on site, the boutique address exudes a relaxed vibe that’s chock-full of bygone colonial charm. Throughout the corridors, restaurants, and guest rooms, look for Myanmar antiques, tiled floors, and loads of teak furniture. Upstairs, Kipling’s Restaurant overlooks the peaceful pool while the Captain’s Bar feels like a good old-fashioned watering hole with no-frills beer and live music. It’s a bit outside of the city center, but the location affords easy access to the Shwedagon Pagoda, People's Park, and a plethora of local eateries. 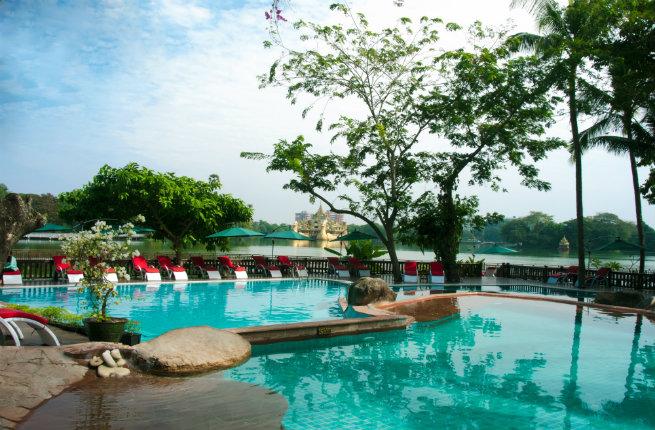 Located along sparkling Kandawgyi Lake, this historic building dates back to 1934, when it debuted as the Rangoon Rowing Club, popular among British officers. Since then, it’s been through many incarnations, including a stint as the city’s welfare department, another role as the Union Club Burma, and later the National Biological Museum. Around 1979, Kandawgyi Palace Hotel first emerged in the form of a few bungalows, followed by the grand teak hotel you see today. The modern incarnation has embraced Myanmar-style architecture, which incorporates red brick, teak, gleaming gold accents, and beautifully manicured gardens where there’s a dinosaur sculpture left over from the museum. 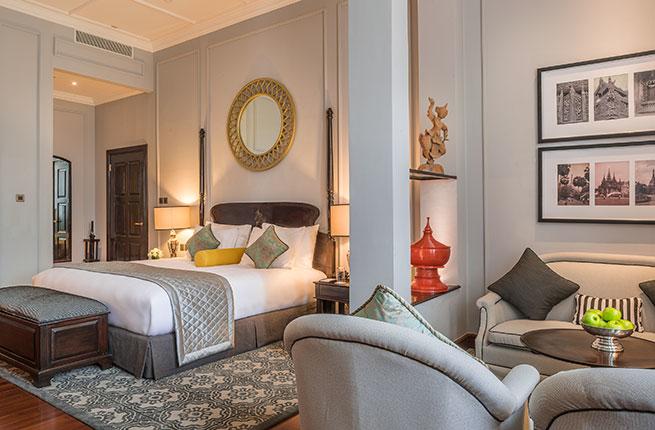 Built in 1901,The Strand Yangon was originally owned by the Armenian Sarkies Brothers, who also ran the Eastern and Oriental in Penang and Raffles in Singapore. This grande dame is undergoing a massive renovation at the moment, with plans to unveil an updated look in November 2016. The facelift aims to usher in a glamorous new era for the hotel, with gleaming marble floors, polished teak wood, sparkling chandeliers, and smart technology in the 31 suites. Of course, The Strand Yangon will keep all of its award-winning heritage features intact, but the updates and additions will restore the historic address to its former glory. Over the last 100-plus years, the hotel has hosted well-heeled travelers, artists, heads of state, and writers including the likes of Rudyard Kipling and George Orwell. 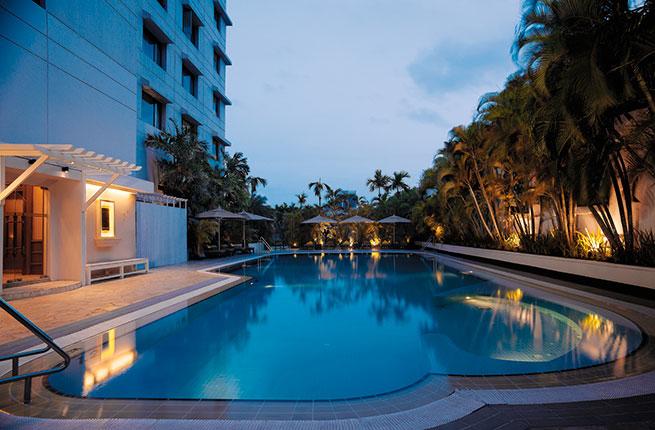 The Sule Shangri-La was actually built in the early 1990s, well past the colonial era, but it's still worth a nod in this category of hotels. Formerly the Traders Hotel, the Shangri-La played a vital role in the city’s business development, with many foreign investors and heads of state checking in after the country opened to foreign investments. Remodeled in 2014, the 479-room hotel pays homage to traditional colonial digs, complete with piano music wafting through the air, enormous white columns, Burmese vases, a dramatic crystal chandelier, and majestic spiral staircases that appear to be straight out of a film set. Whether you’re checking in for the weekend or simply sipping a nightcap at the old-world Gallery Bar, which is adorned with 1800s memorabilia, the location couldn’t be more convenient for travelers—about a five-minute walk from the Sule Pagoda, colonial quarter, China Town, and Bogyoke Market.