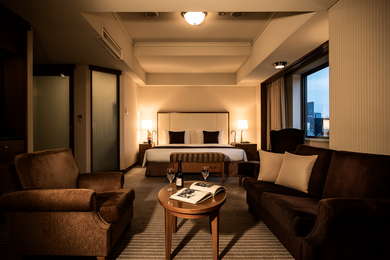 The Imperial is a sprawling and legendary hotel that dates back to 1890, was once partially designed by Frank Lloyd Wright, and has been home to movie stars, dignitaries, and athletes from across the globe. Inside this massive property are 40 retail shops, 13 dining options, five bar choices, a large fitness center, tea ceremony chambers, and even a music room for musicians to get in practice. Needless to say, this high-end spot, which is in a centrally located and historic part of Tokyo, is not to be missed (unless you prefer small hotels).

Depending on which building you stay in (there are three), you’ll experience different views and styles. Standard rooms though typically have red floral or blue patterned carpets, touch pads to control lights and temperature, and free coffee, water, and tea. All rooms come with Handy devices – a helpful gadget that will give you free Wi-Fi everywhere in the city along with international phone calls.

YOU SHOULD KNOW Donald Trump stayed here so you know that the Presidential Suite is the most presidential possible. 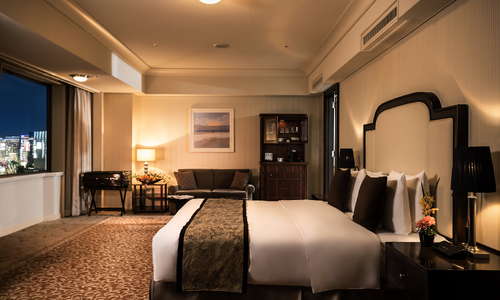 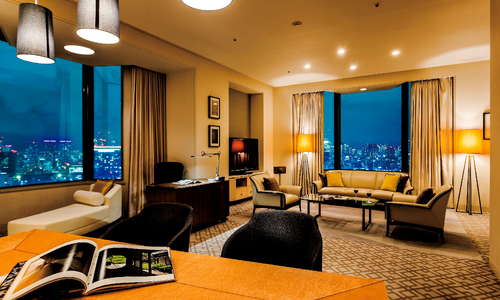 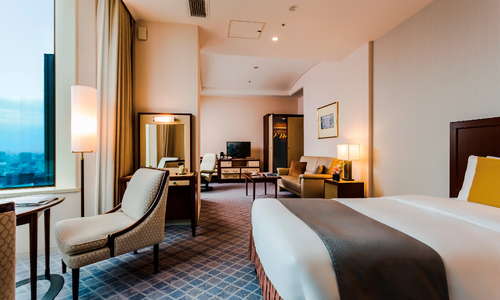 Frank Lloyd Wright’s hotel is now a relic, but you can see what the hotel looked like before its 1970 renovation in the lobby’s museum. Beyond the gallery, the lobby is a cavernous space with a shopping arcade, restaurants, lounge areas, and more. 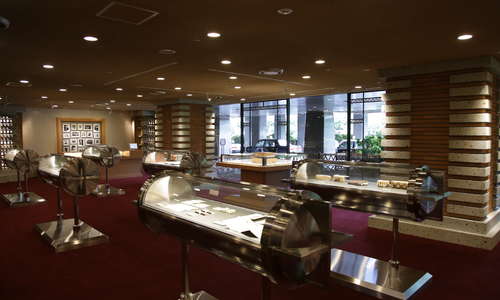 Unfortunately, there’s a fee of 1,080 Yen to use the pool (free if you stay in nicer rooms). But the indoor lap pool is open from 6 a.m. to 10 p.m. and features a locker room with hot and cold Japanese baths as well as a sauna. 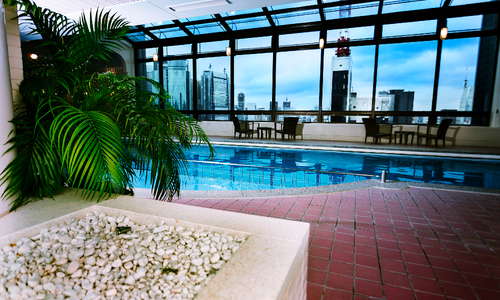 The good-sized gym also costs 1,080 Yen to use but this includes Life Fitness machines, free weights, and lots of free fruit and water. Additionally, if you left your workout gear at home, the hotel will supply you with some for free.

Where to start…There are 13 separate dining outlets that range from French to Japanese to Chinese. Les Saisons is easily the best and has one Michelin star to prove it. If you can’t find what you’re looking for here, you’re doing it wrong. 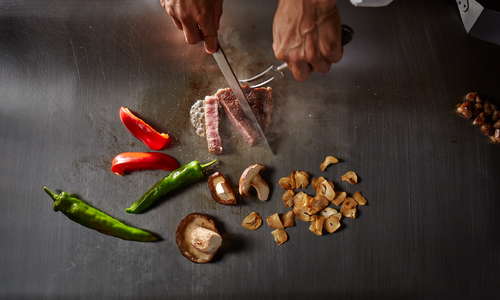 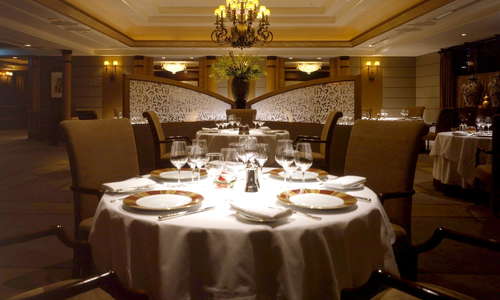 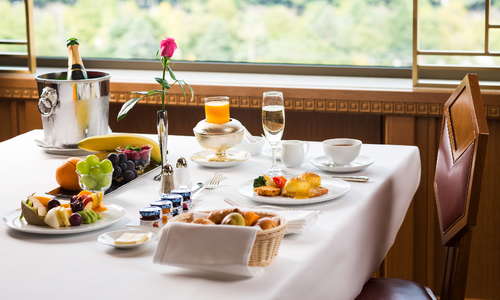 In addition to the 13 restaurants, there are also five bars. The Old Imperial Bar is the centerpiece with an unmatched whiskey collection and a great place to smoke cigars. The Rendez-vous Lounge meanwhile has live music throughout the week. 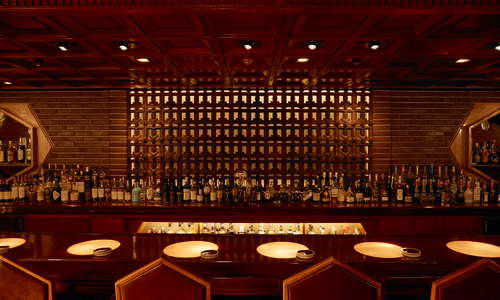 The Imperial Hotel is just next to Hibiya Park and looks over the Imperial Gardens, making this area immensely walkable. The hotel is also next door to a number of theaters and the area is considered the Broadway of Tokyo. Within a 3-minute walk, you have two separate subway stations as well.

Wagyu lovers should head over to The Peninsula Hotel and check out Peter (5-minute walk) with great views and tasty beef. For omakase sushi fans, head over to Kyubey which serves fresh fish at not ‘too’ steep prices.

If you eat at Peter (5-minute walk) inside The Peninsula, stay for their bar which slings signature cocktails and boasts a fun happy hour. Whiskey fans might want to head over Bar High Five (5-minute walk) a brooding spot with a stellar collection of brown liquor and bartender who is a wizard with drink concoctions.

You can truly feel the history of this classic hotel that has hosted heads of state, A-list celebs, and world-famous athletes – Babe Ruth stayed here! Beyond the stories though, this high-end spot is huge – with endless options for eating, drinking, lounging, playing, and shopping. If there’s a downside, the hotel feels a bit dated (could use a fresh coat of paint and some new carpeting), but it still oozes class and elegance. If you want to stay at an upscale spot in one of the fanciest parts of town, The Imperial is a great option with a price point that undercuts its five-star competitors. 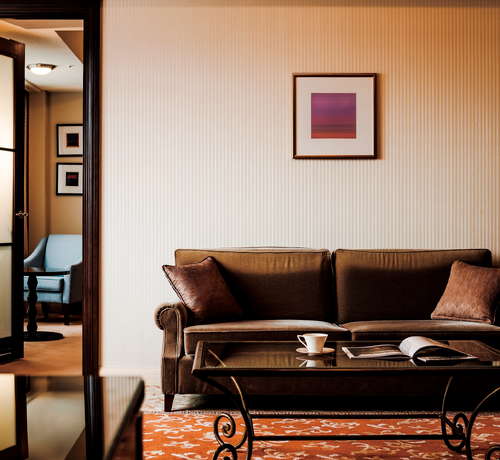 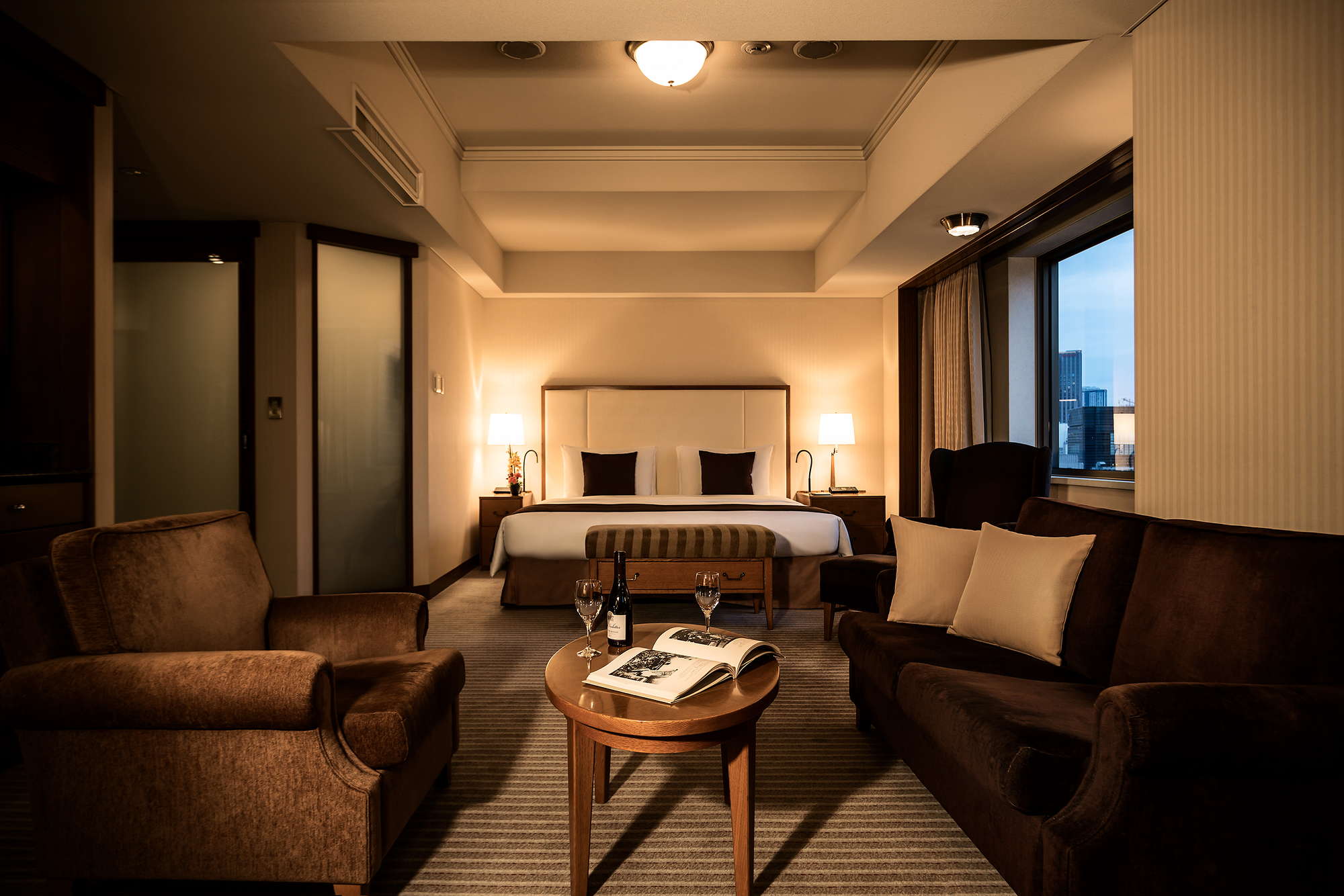 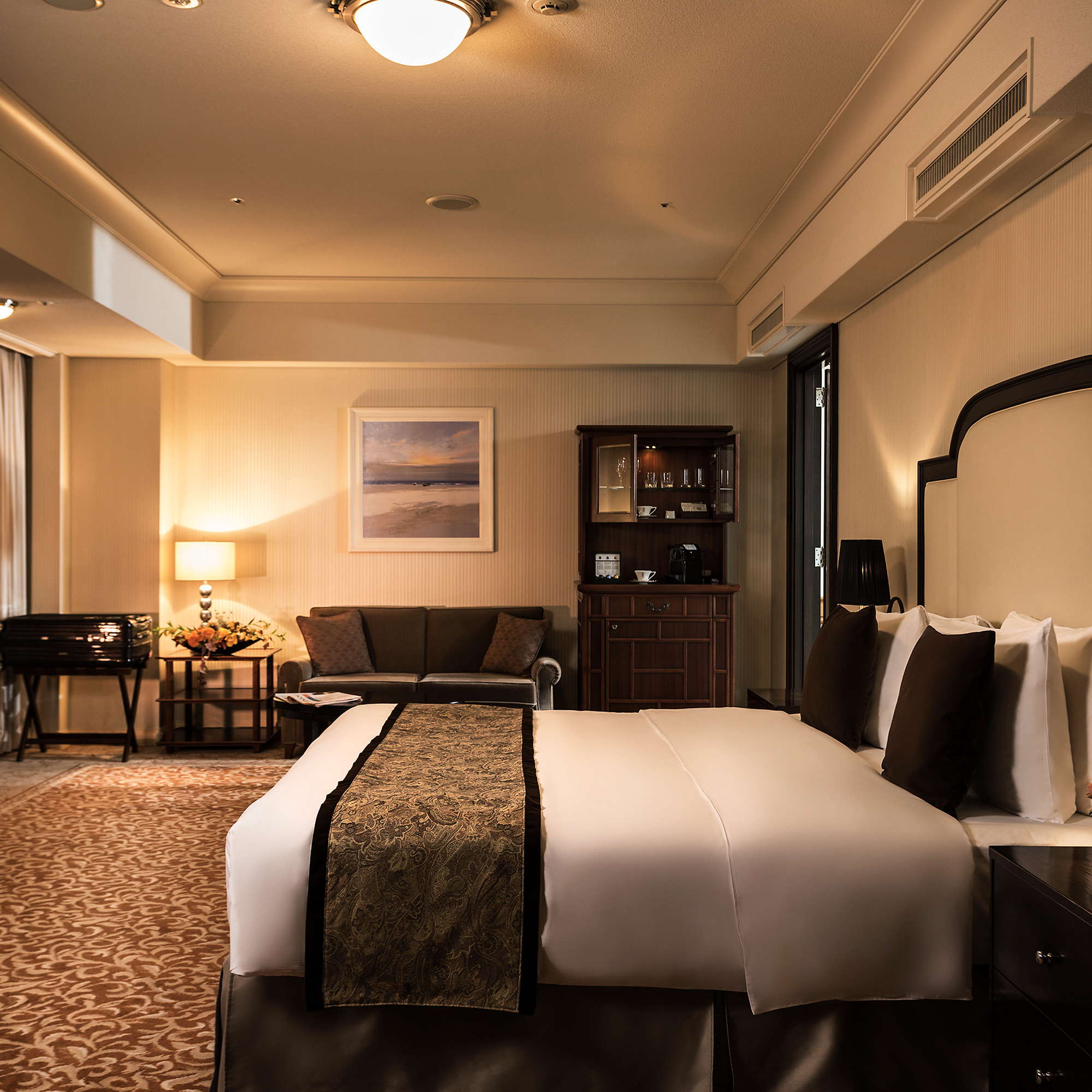 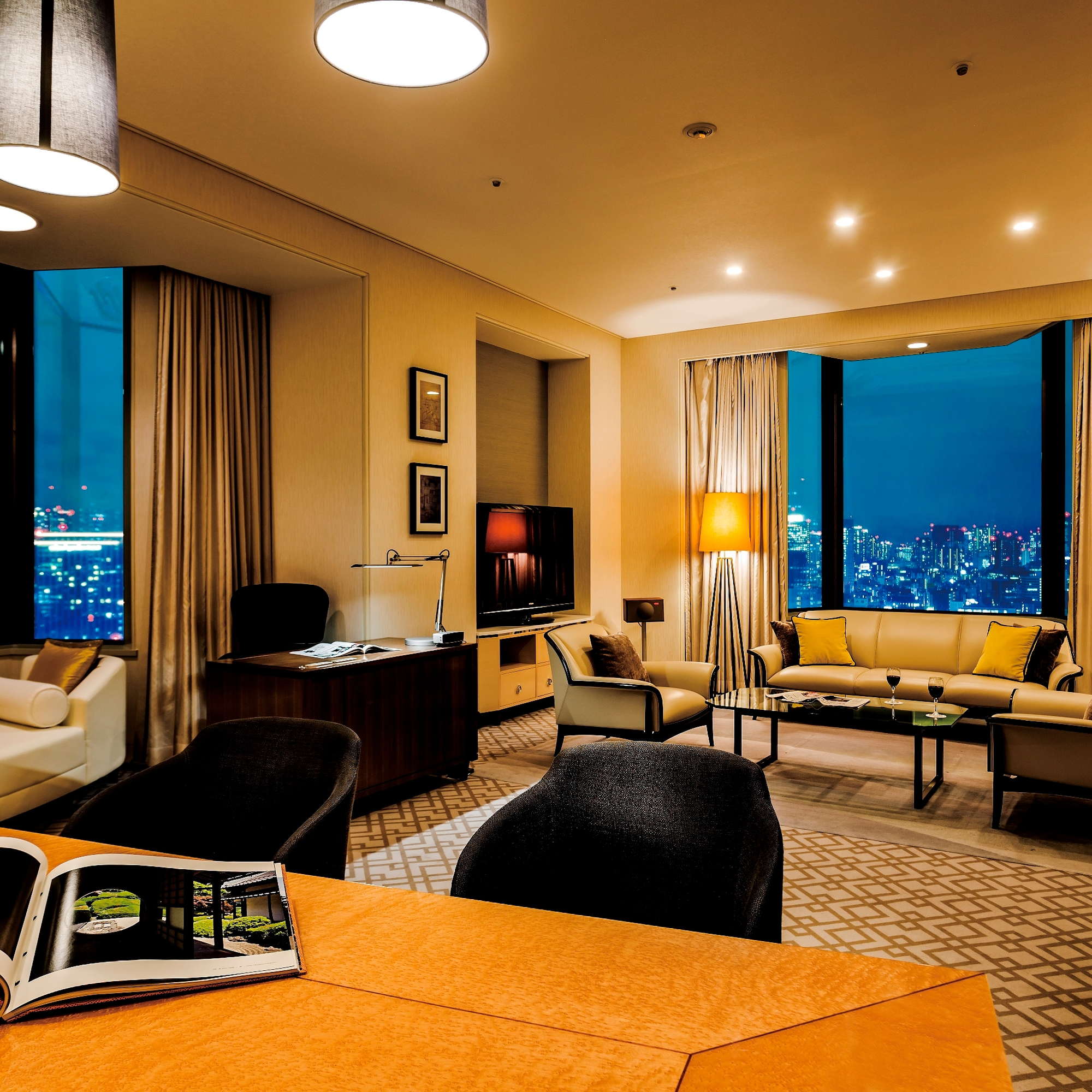 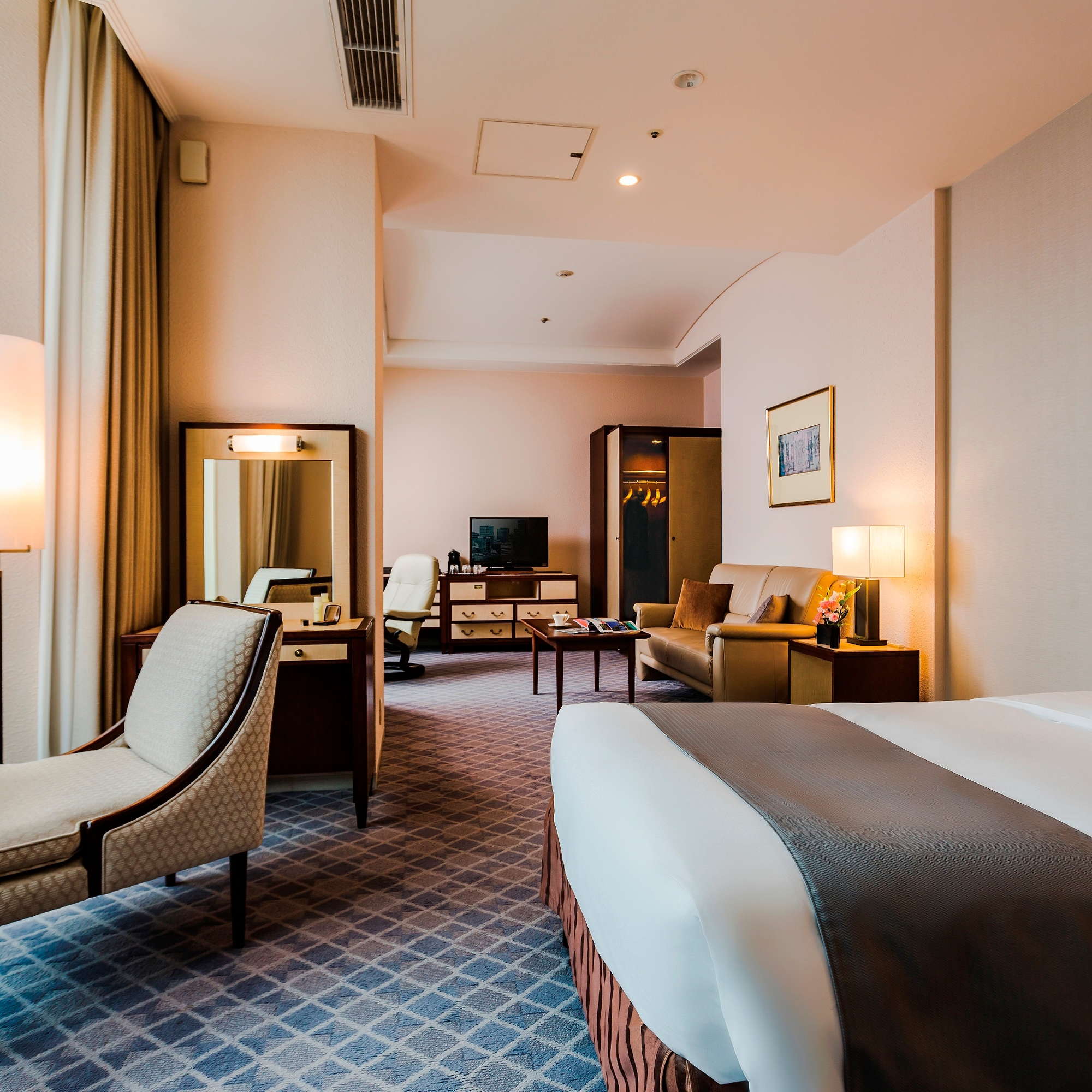 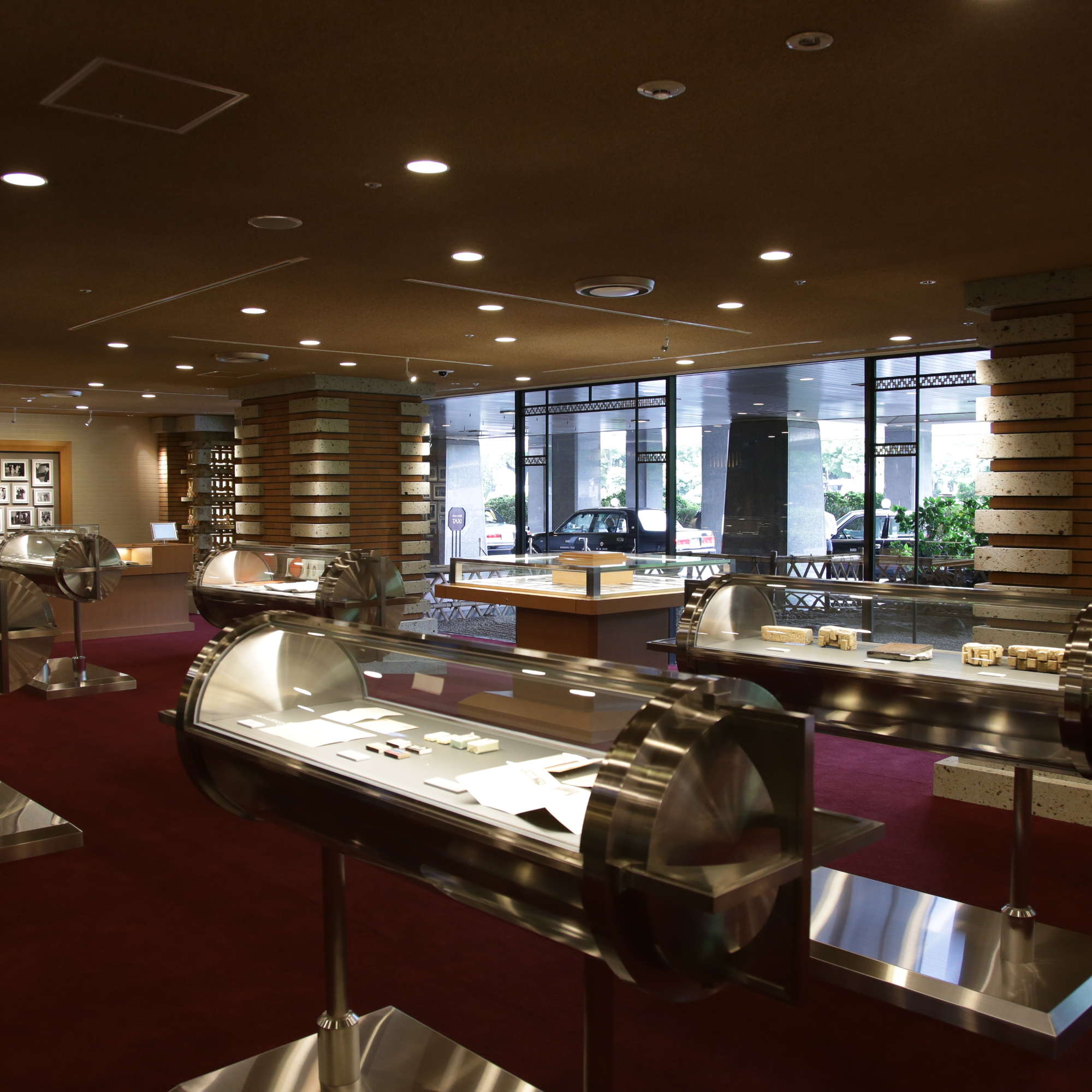 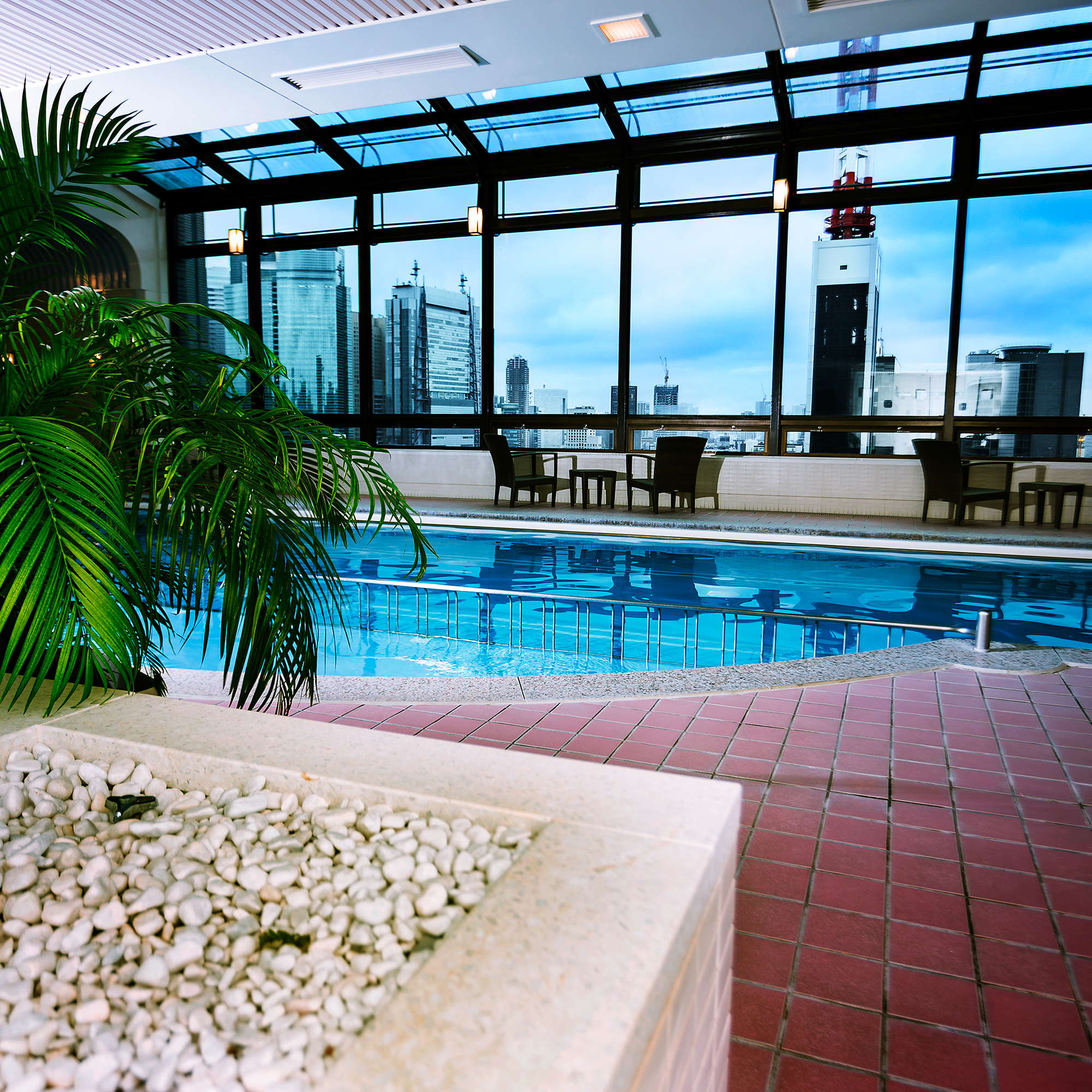 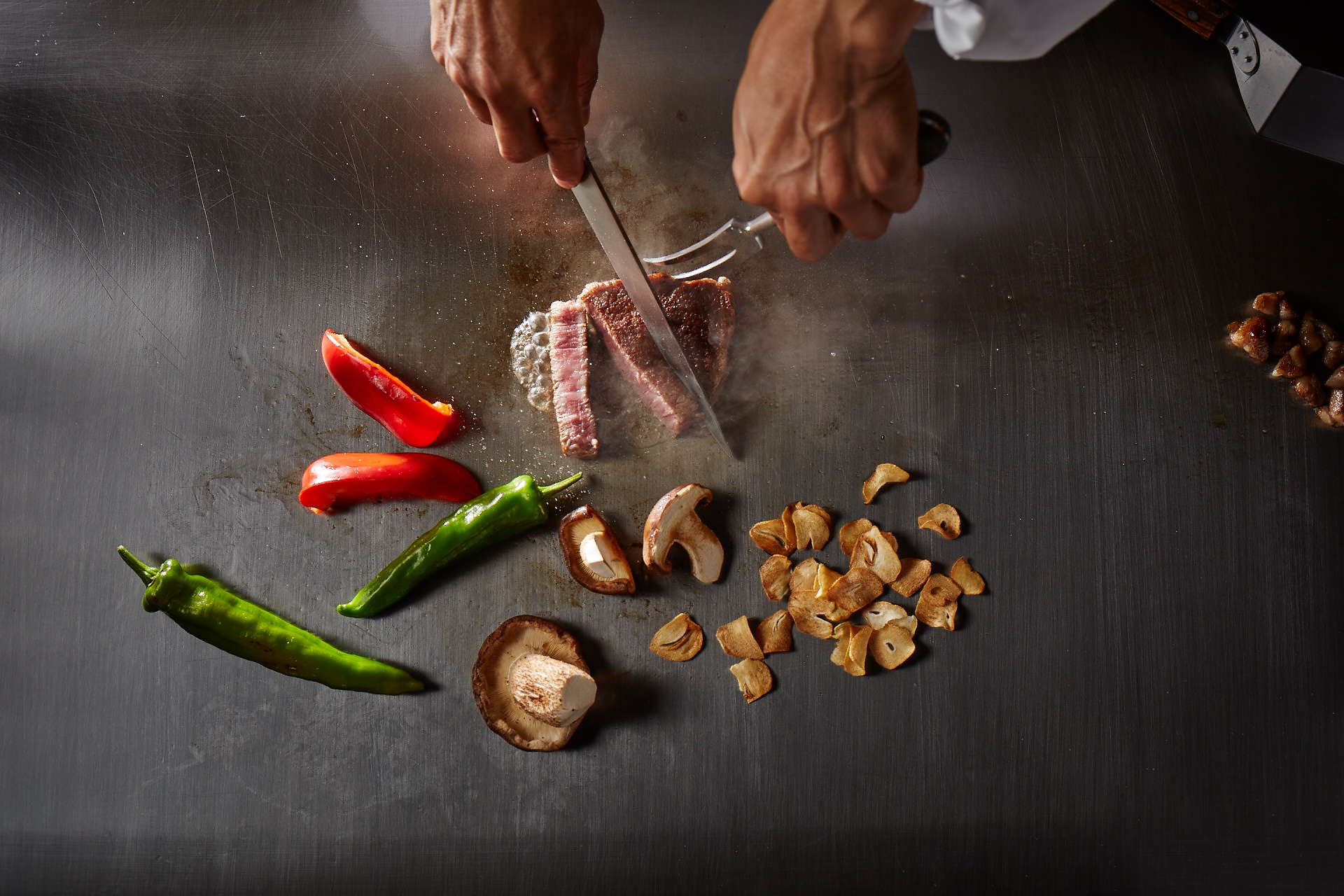 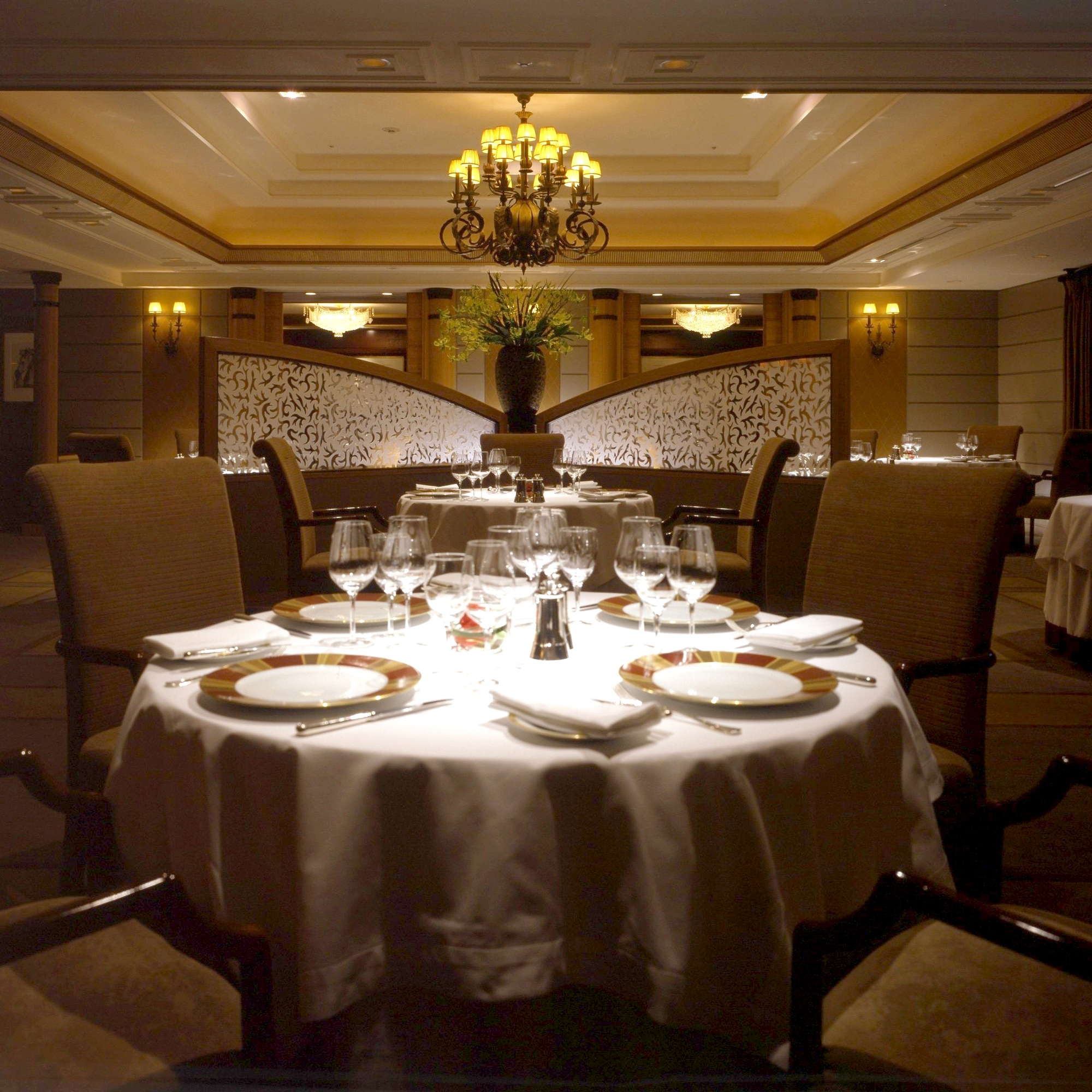 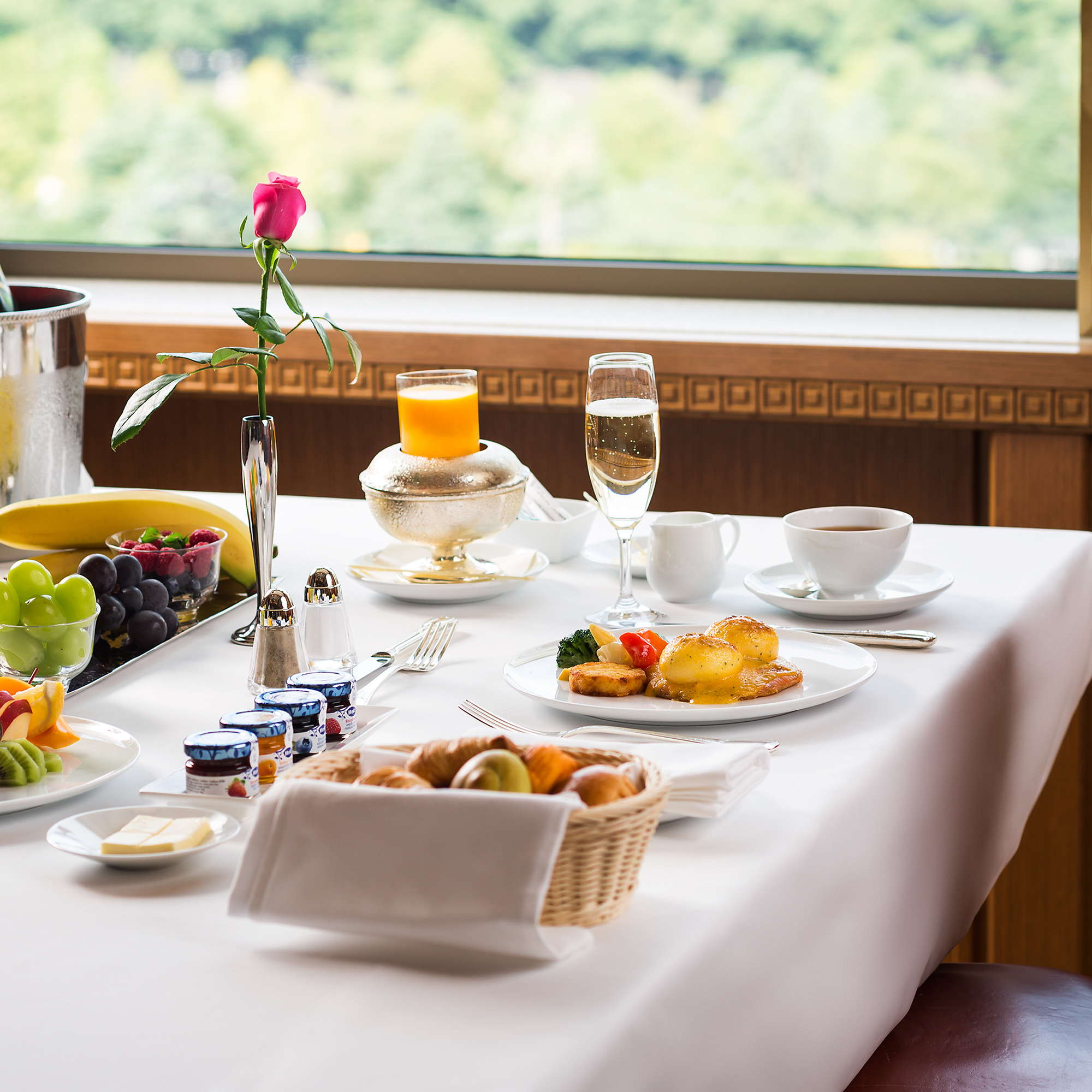 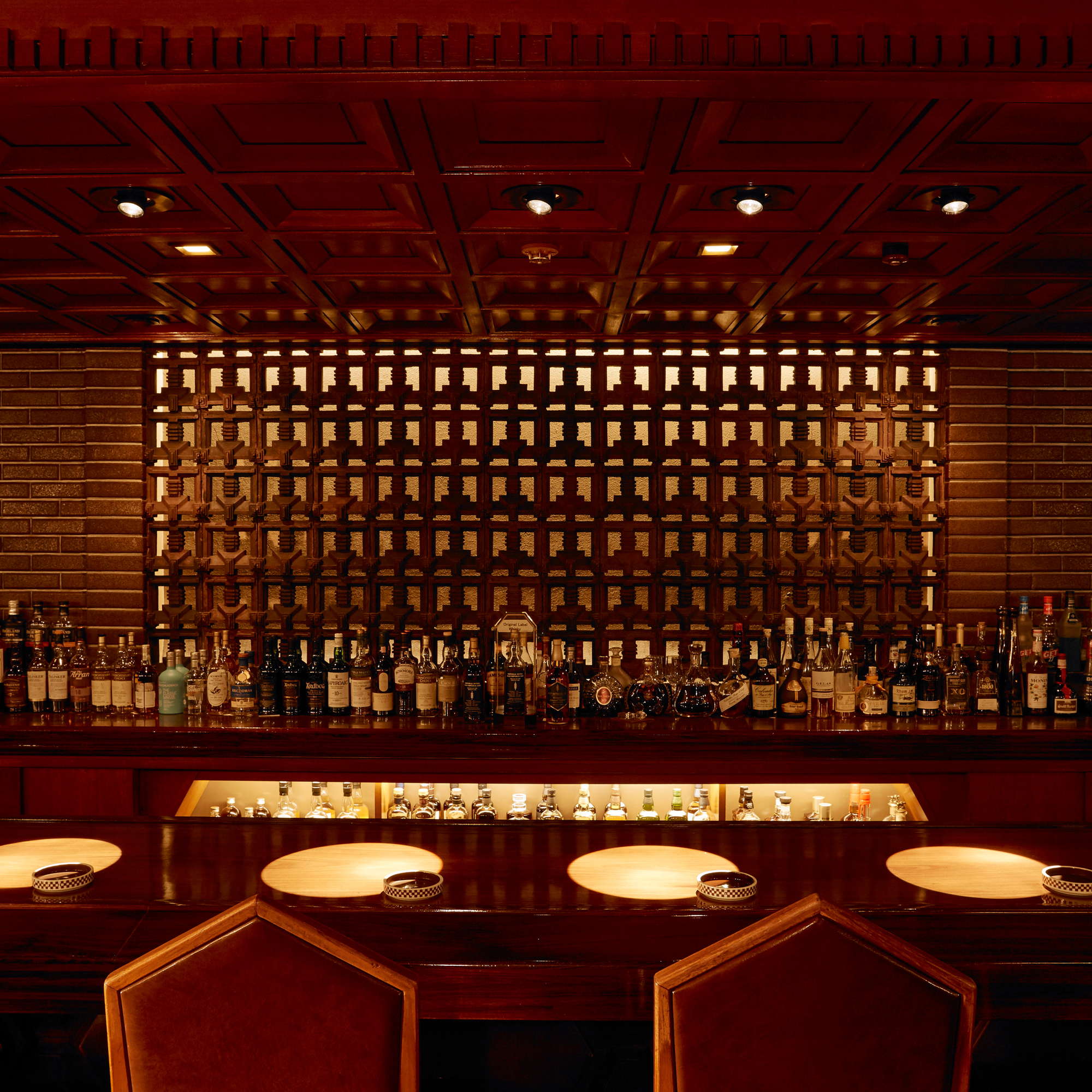