Bring the food, culture, and even the nightlife of Japan’s capital home.

There’s a reason that Tokyo ranks somewhere on just about everyone’s bucket list. The food. The legendary nightlife. The rich history and culture. Did we mention the food? But in an age where we can’t travel further than our local grocery store, with a little ingenuity and a good internet connection, we can still experience a little bit of Tokyo in our home. 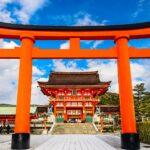 RELATED STORY
25 Ultimate Things to Do in Japan 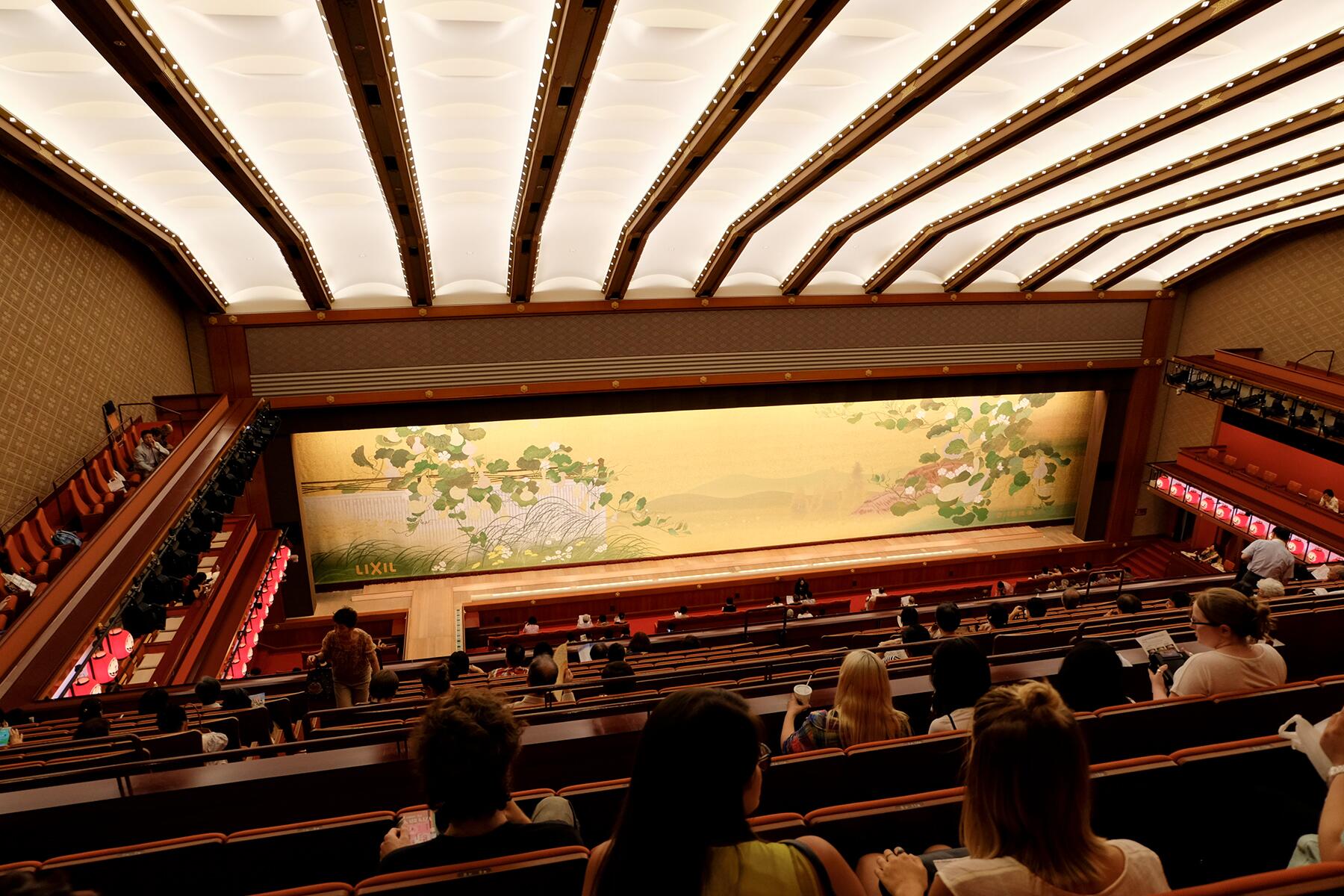 Watch Tokyo Play Itself in These Classic Movies

In Sight & Sound’s most recent iteration of its Greatest Films of All Time list, Tokyo Story was named number one in the directors’ poll and number three in the critics’ poll. Director Yasujirō Ozu’s quiet masterpiece follows elderly couple Shūkichi (Chishū Ryū) and Tomi (Chieko Higashiyama) as they leave their rural village to visit their adult children in Tokyo, only to find that their children don’t have time for their aging parents. It’s a poetically composed film that explores the universal experience of how child-parent relationships change over time, as well as the specific theme of Westernization in post-war Japan. Stray Dog, which was directed by Akira Kurosawa a few years earlier, also explores the country’s post-war recovery against the backdrop of a Tokyo-set noir starring Toshiro Mifune as a rookie homicide detective whose gun is stolen and used as a murder weapon. Also starring Kurosawa regular Takashi Shimura as a more seasoned detective, this 1949 thriller is perhaps one of the earliest iterations of the “buddy cop” dynamic.

For something a little more heartwarming, check out director Satoshi Kon’s beautifully animated Tokyo Godfathers. The film follows three homeless people who find an abandoned baby on Christmas Eve and, with very few clues to go on, embark on a search that takes them all over the city. It’s at once melancholic yet lighthearted, grounded yet miraculous. If nothing else, you’ll have a new addition to your Christmas movie roster. 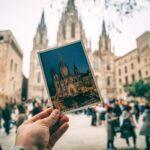 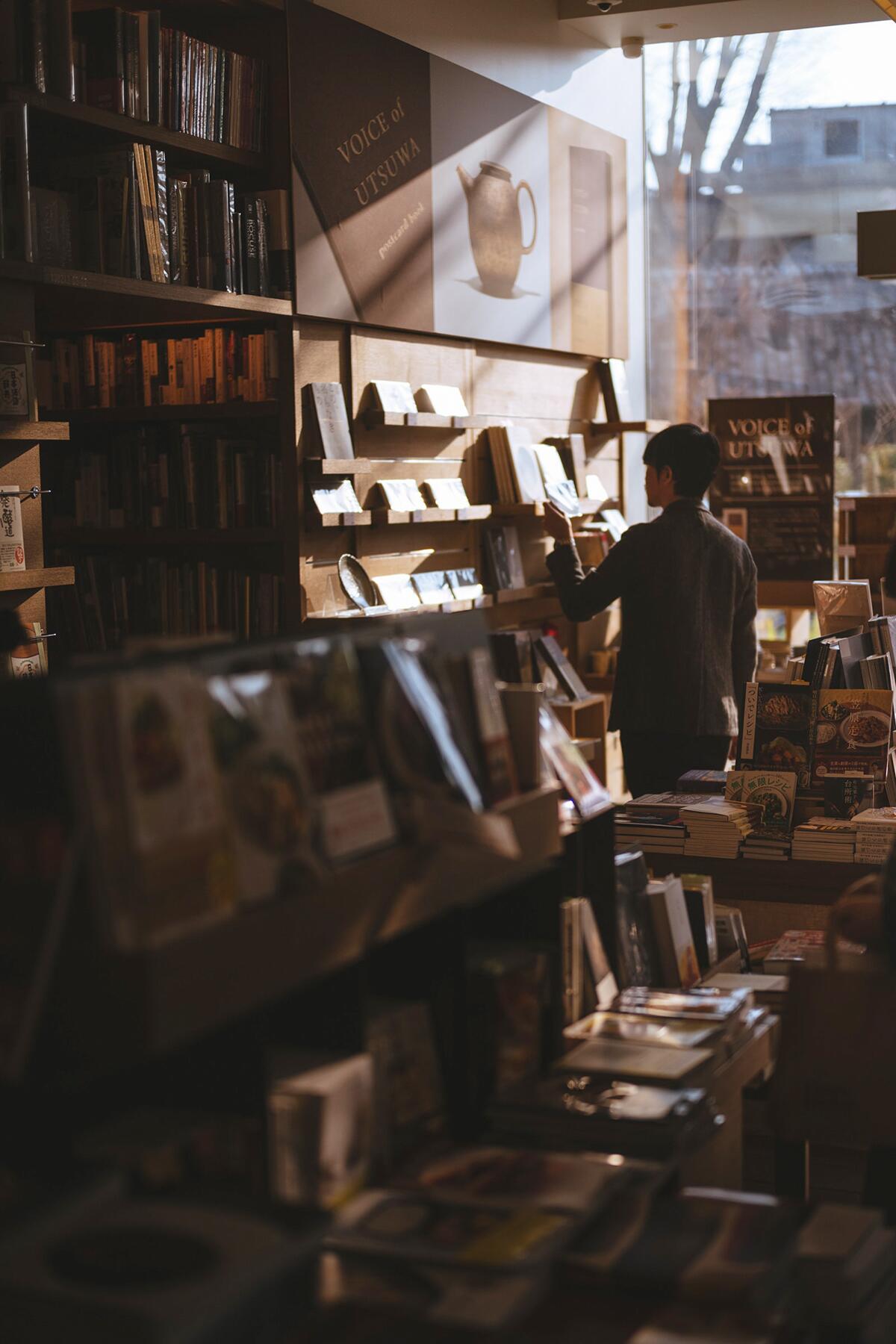 PHOTO: Photo by takahiro taguchi on Unsplash
2 OF 10

Visit the City via a Good Book

We all know that a good book can take you somewhere new, so why not pick up several that will you show you that new place from several different angles. Sayaka Murata’s Convenience Store Woman tells the story Keiko Furukura, a 36-year-old woman who cannot conceive of working anywhere other than the convenience store she’s worked at for her entire adult life; actually, she can’t conceive anything outside of the brightly lit, highly-regimented world of said convenience store, including her own identity. It’s a darkly comic examination of what it means to be a person that society deems normal and useful.

The Devotion of Suspect X is the third entry in author Keigo Higashino’s Detective Galileo series, which features an eccentric crime-solving physicist. This popular, twisty, Tokyo-set thriller has been adapted for the screen five times in the last 12 years and it’s a must-read for mystery lovers.

When night descends on a city like Tokyo, the truths that bind reality have a way of feeling fuzzier, more malleable. Haruki Murakami expertly evokes that surreality with his novel After Dark, which opens with 19-year-old Mari drinking coffee in a Denny’s when, just before midnight, she’s approached by trombone-playing Takashi who insists he knows Mari’s sister. From there, she’s drawn on a twisting journey that’ll take her deep into the city’s nocturnal underbelly. 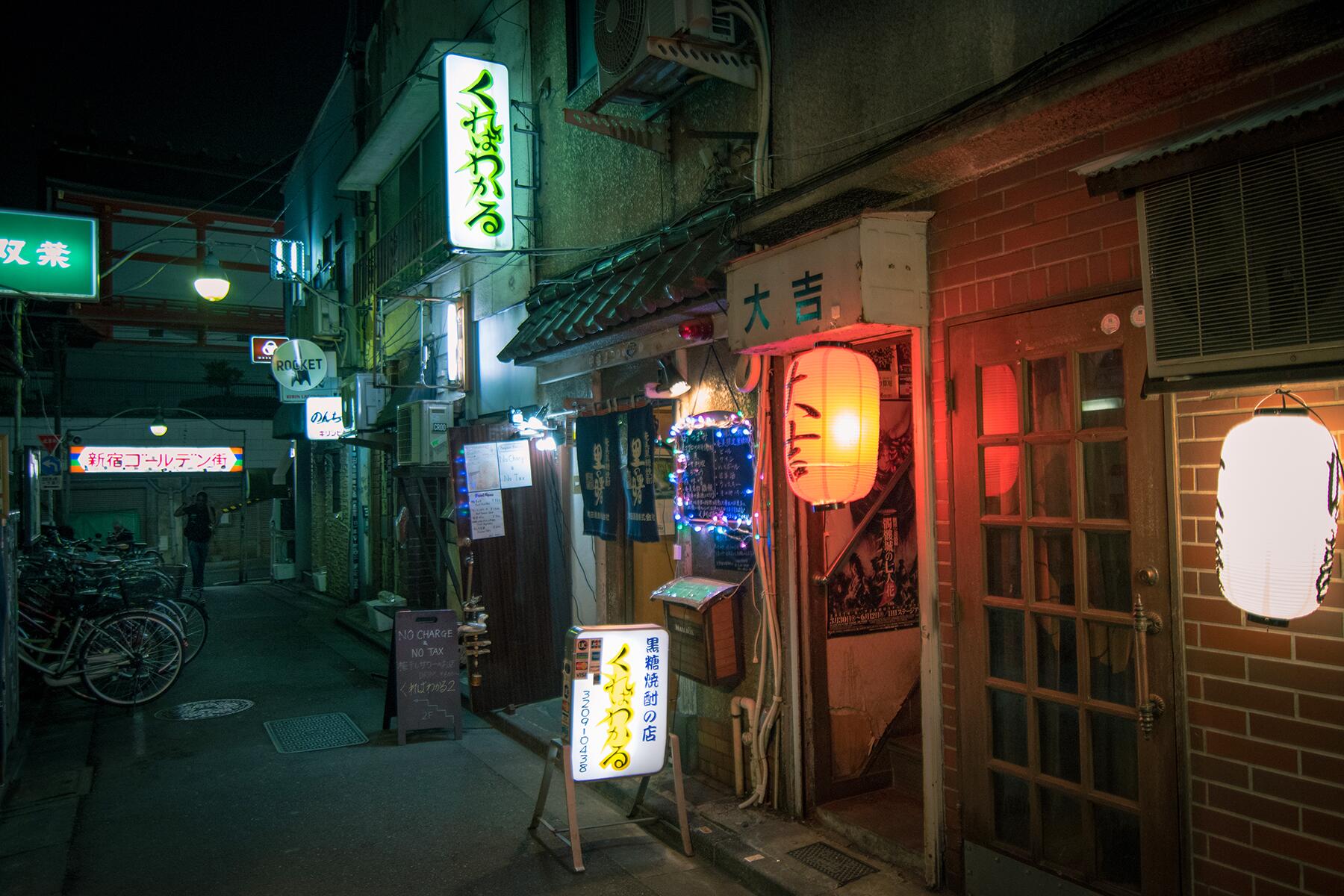 Tokyo is a city that’s massively redeveloped, even in the relatively recent past, with taller buildings and wider streets. But not far from the bustling Shinjuku Station is a small enclave of narrow streets and buildings that are just two-or-so stories of 200 plus bars crammed together. This is Golden Gai, where the bars all have small square footage in common (they typically seat around five people), and there’s a wide variety of themes.

With a few simple steps, you can bring the Golden Gai vibe straight to your kitchen. First, dim the lights. Then, beckon your roommates into the kitchen—if your kitchen has a little bar area even better. From there, it depends on what you want the theme of your bar to be. Feeling a little fancy? Serve up a finger or two of Nikka Whisky. Or, if you want to keep it to something you’re more likely to find in your local grocery store, your “patrons” can toast with a Sapporo or Asahi. 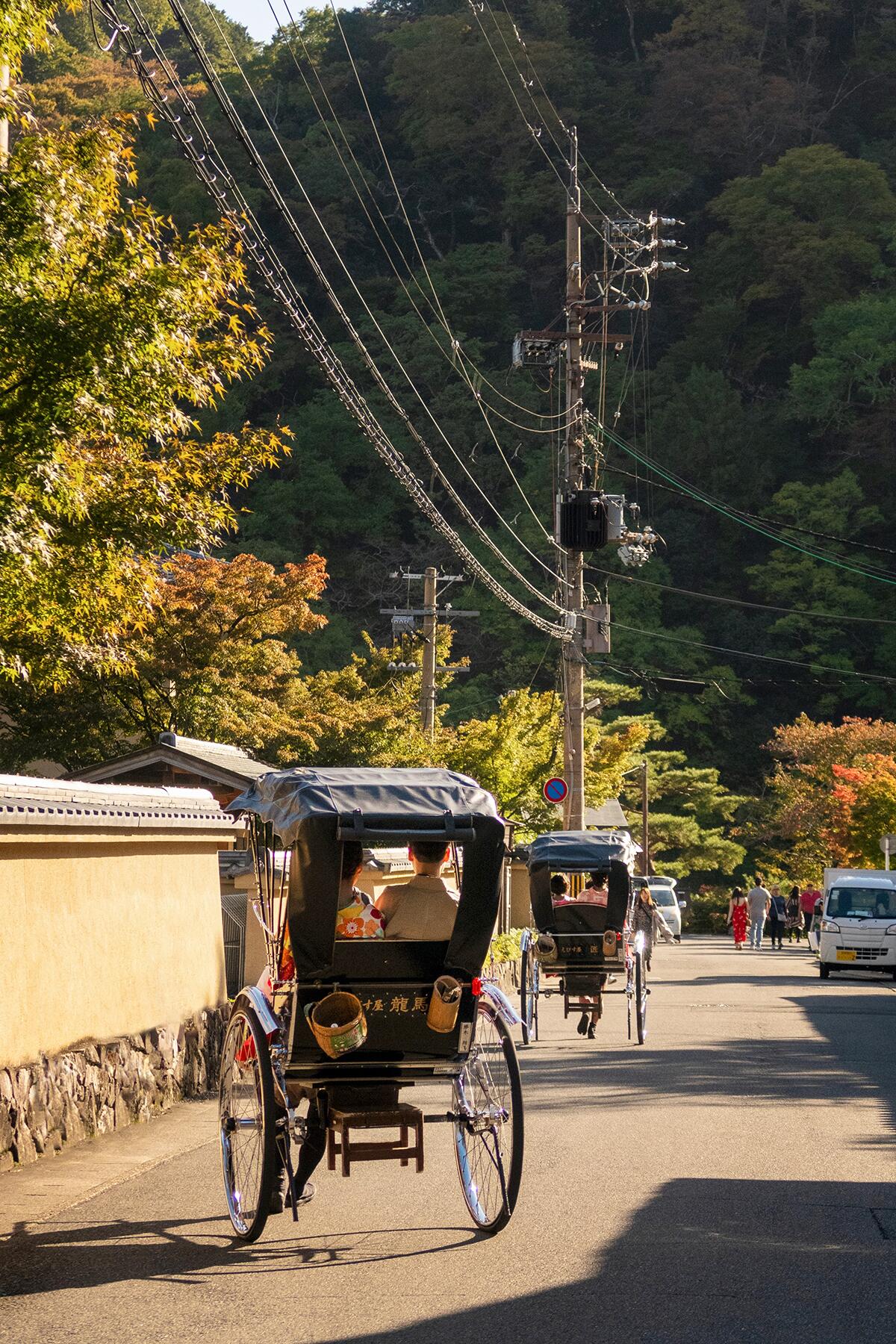 PHOTO: Photo by Svetlana Gumerova on Unsplash
4 OF 10

Visit Japan’s YouTube page has a whole series of virtual rides that allow you to get a 360-degree view of popular sites throughout Japan. One of which takes you through the district of Asakusa, which is home to the stunning Senso-ji Shrine, an ancient Buddhist temple that was founded in the seventh century. With a helpful guide taking you along and the ability to choose which direction you want to look at any given moment, you’ll feel like you’re right in the heart of the city. 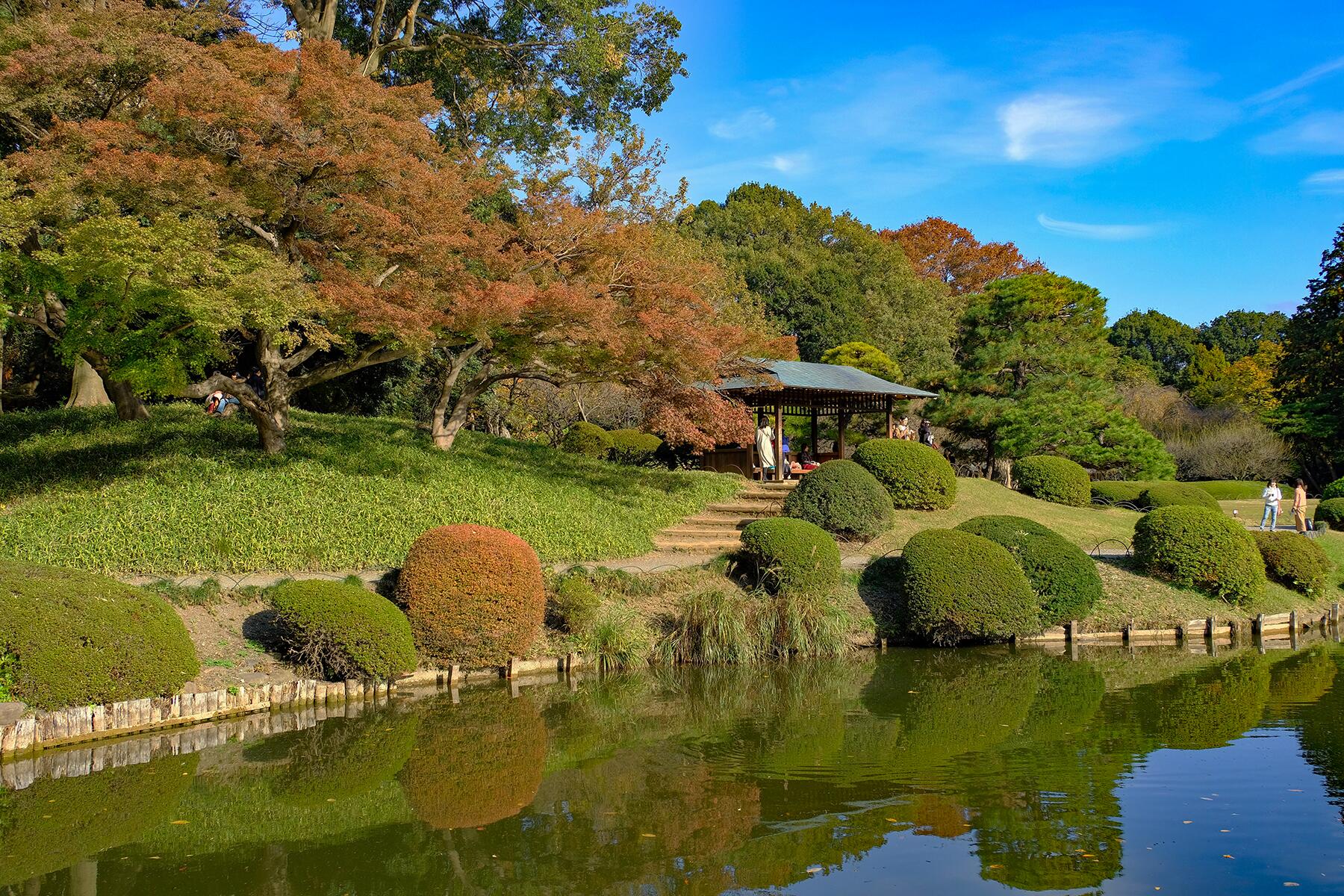 While laying out on its green, watching as people leisurely paint en plein air, surrounded by calm, quiet, and greenery, you’d be forgiven for forgetting that you were situated in the middle of a densely populated metropolis. But the sprawling Shinjuku Gyo-en National Garden allows you to do just that. You can recreate the feeling of exploring each of the park’s three styles (English Landscape, French Formal, and traditional Japanese) with Google 360 view. Plus, a visit via the internet means that it’s always cherry blossom season! 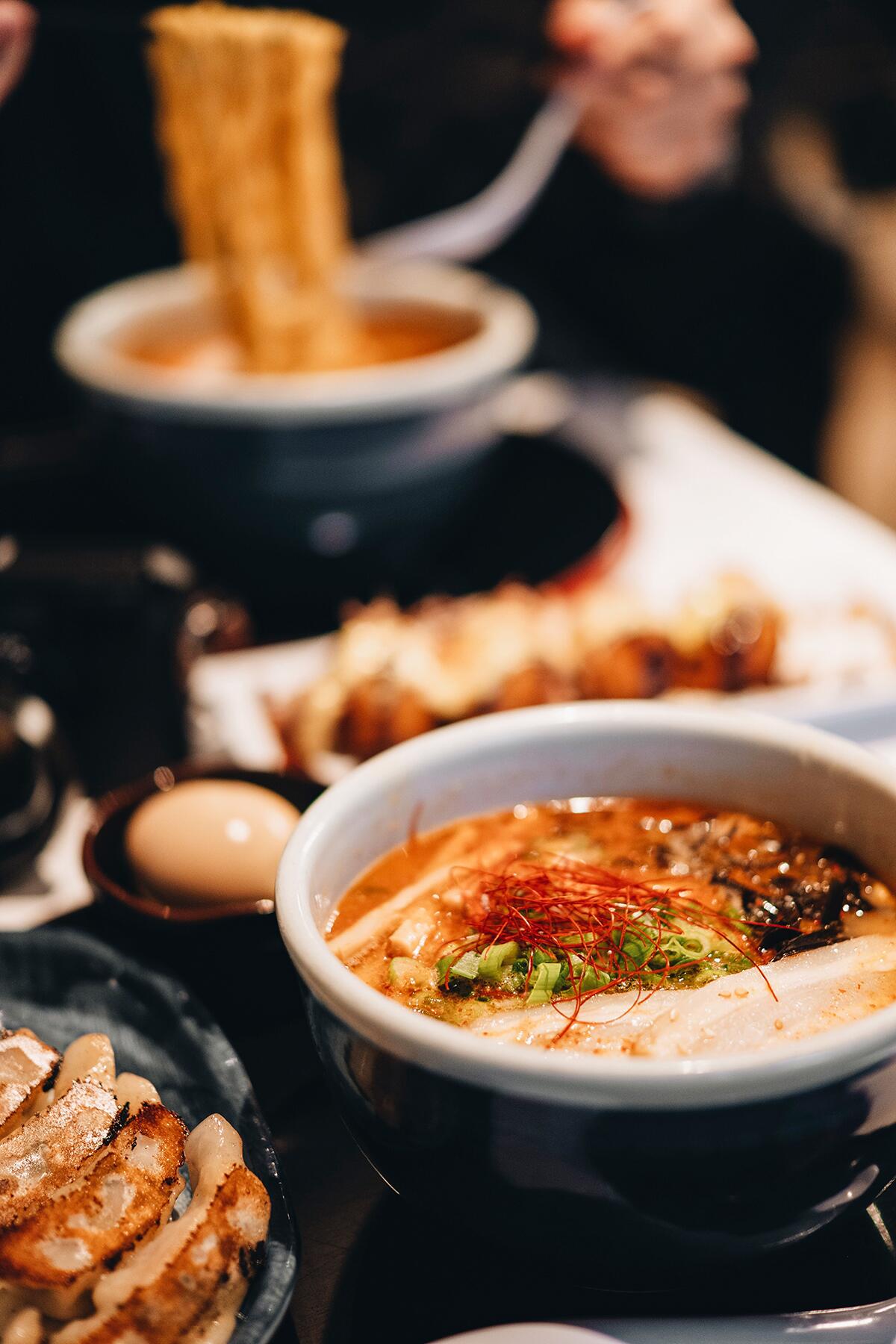 Comfort Yourself With Some Ramen

Ramen might just be the ultimate comfort food. Broth, noodles, protein—what else could you need? Maybe some nori…and a soft boiled egg. But that’s the beauty of this dish, there’s no wrong way to customize it. And it’s something you can make even if you’re not much of a home cook. Starting off with a packet (or a cup!) of instant ramen is easy enough, and if you’re at home, it’s easy to add fresh ingredients in order to kick it up a notch. Or, if you’ve decided to make becoming a great chef your stay-at-home hobby, making ramen from scratch is relatively approachable! 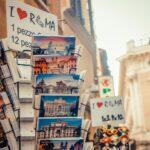 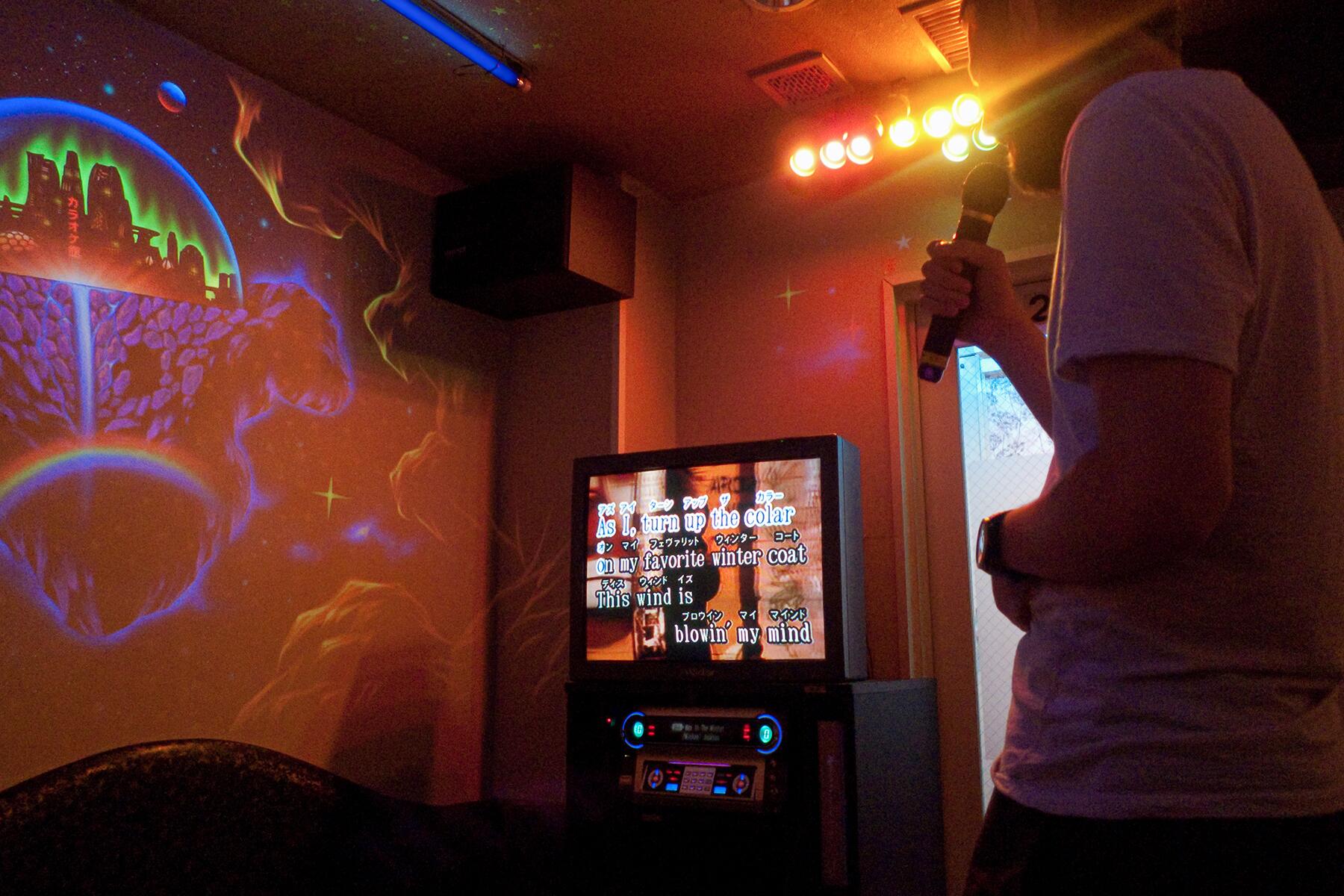 Turn Your Living Room Into a Karaoke Hotspot

You may not be able to stage an elaborate robot show in your living room, but there is one staple of Tokyo nightlife you can bring to life at home with minimal effort—karaoke. Going out for karaoke in the U.S. usually means fretting about looking foolish as you belt out “Wrecking Ball” in front of a bar full of strangers. In Tokyo, karaoke means renting a booth by the hour with your friends, colleagues, or maybe even some new pals you made at a previous bar that night, and singing your heart out. It’s an experience that’s simple enough to recreate at home. Just search “Song You Want to Sing” + Karaoke on YouTube and suddenly your TV is a karaoke machine (If you want to take things to the next level, now may be the time to invest in a simple PA system)! Do you live alone? You can still engage in some hitokara (solo karaoke) where the only downside is that there will be no one around to marvel as you sing all the parts on “One Day More” from Les Miz. 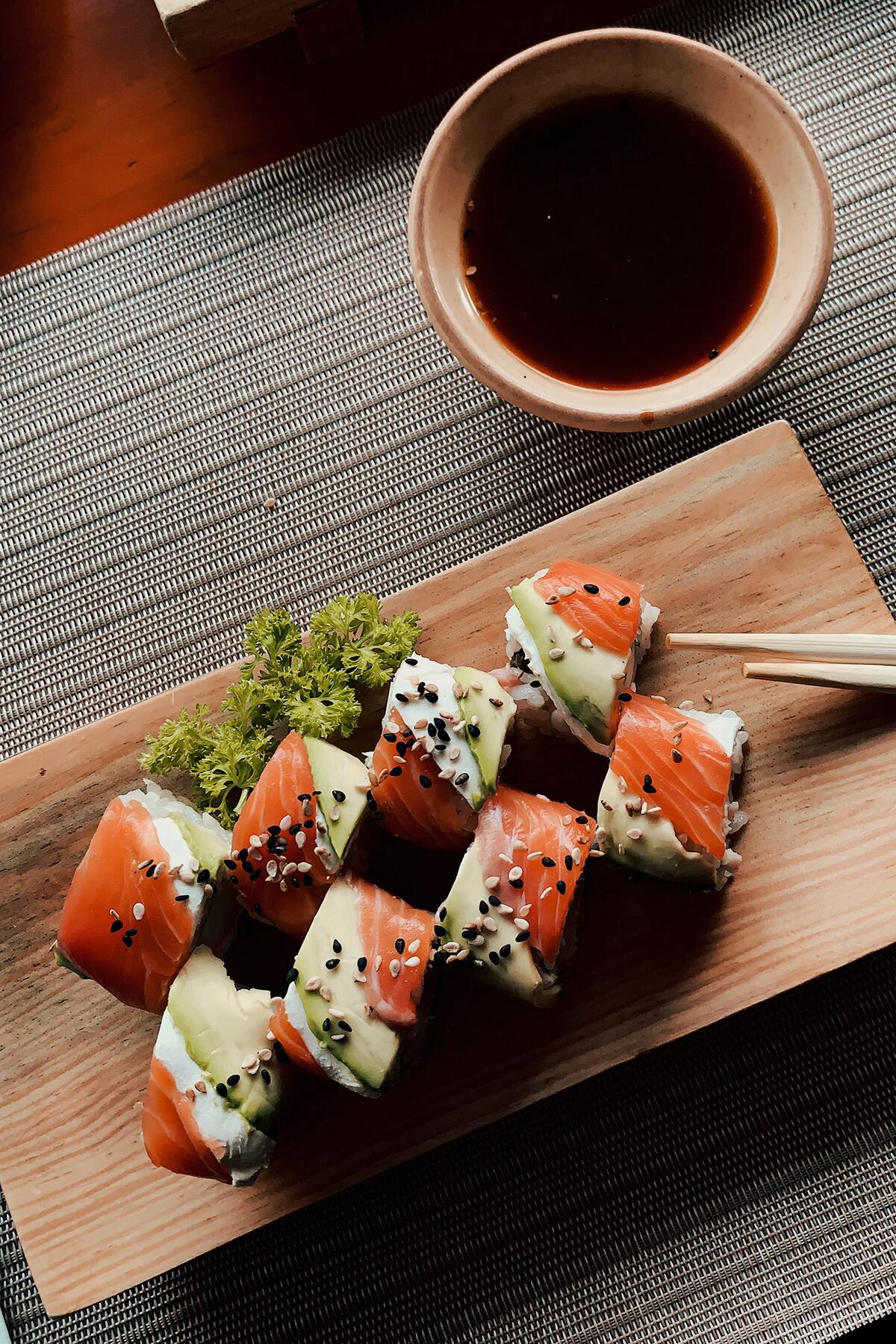 PHOTO: Photo by Derek Duran on Unsplash
8 OF 10

Dine on Some Sushi

Sushi is a quintessential stop on any visit (physical or virtual) to Tokyo. There may be few (if any) substitutes for sushi made by a Tokyo-based chef with access to some of the highest quality seafood in the world. But you can still indulge in a pretty great sushi dinner in the comfort of your own home—just make sure to leave it to the pros. Preparing a meal of raw fish for the first time in your life is not an instance where one should Do It Oneself. Not only because preparing a piece of sushi is a process where details that seem small to the untrained eye (how the fish is cut, how you pick up the rice, etc.) are vitally important. But, unlike botching a loaf of bread, eating improperly prepared raw fish can make you sick. Instead, find a local sushi restaurant currently offering delivery or takeout.

INSIDER TIPIf you’re ordering takeout or getting delivery during this crisis, make sure to tip even more generously than you normally would! 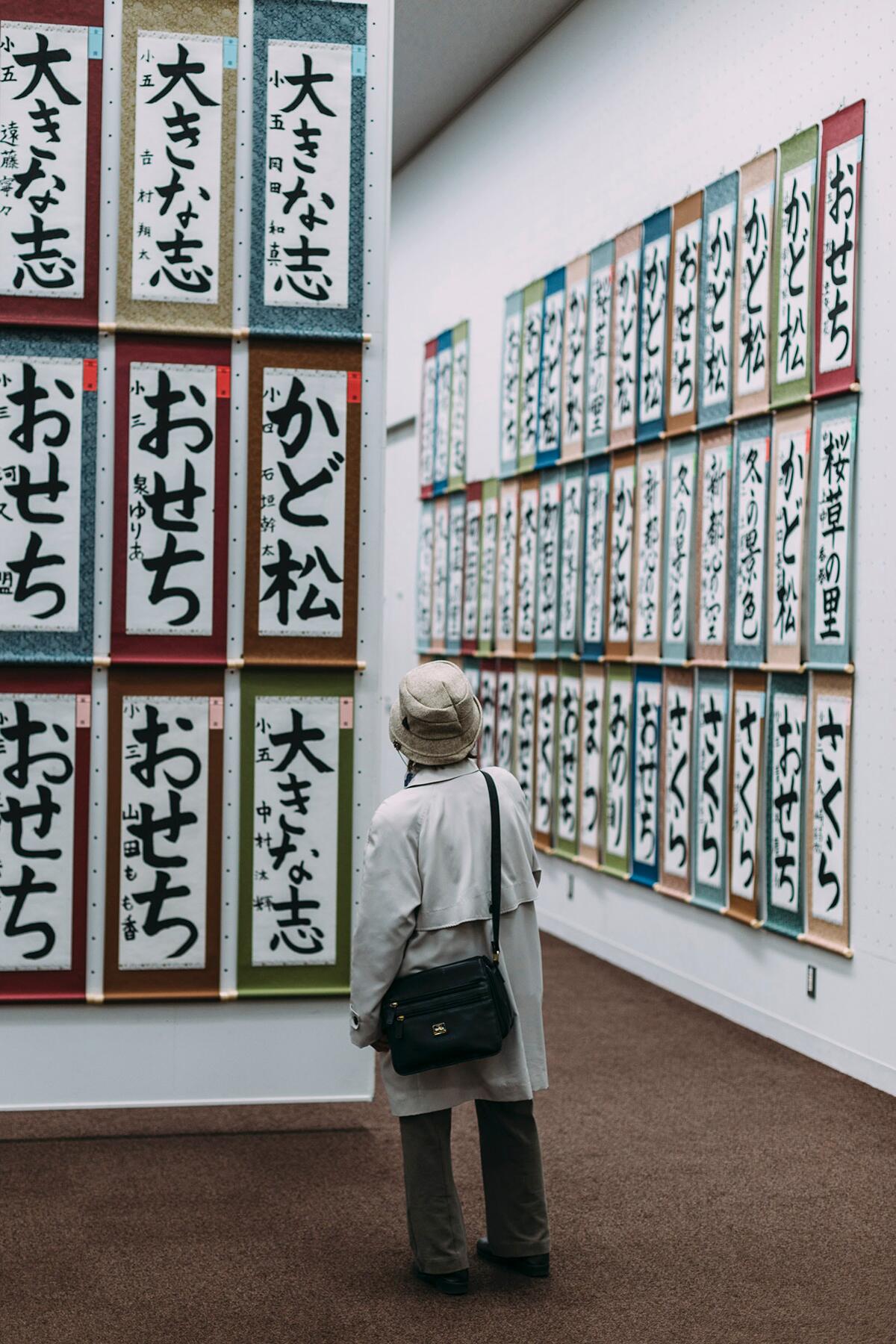 PHOTO: Photo by Liam Burnett-Blue on Unsplash
9 OF 10

The Google Arts and Culture platform partners with some of the most important museums and institutions in the world, allowing you to explore exhibits. The “exhibits” act as sort of carefully curated galleries, with extremely high-quality photos, annotations, and occasionally include interactive features like videos enabled with a 360-degree view. Plus, with the incredibly high-quality images you can zoom in all you want without worrying that you’ll trip and fall, ruining a priceless artifact or work of art. Among the available museums you’ll find with virtual exhibits are the Tokyo National Museum, the National Museum of Modern Art, the Tokyo Fuji Art Museum, and the Yamatane Museum of Art. 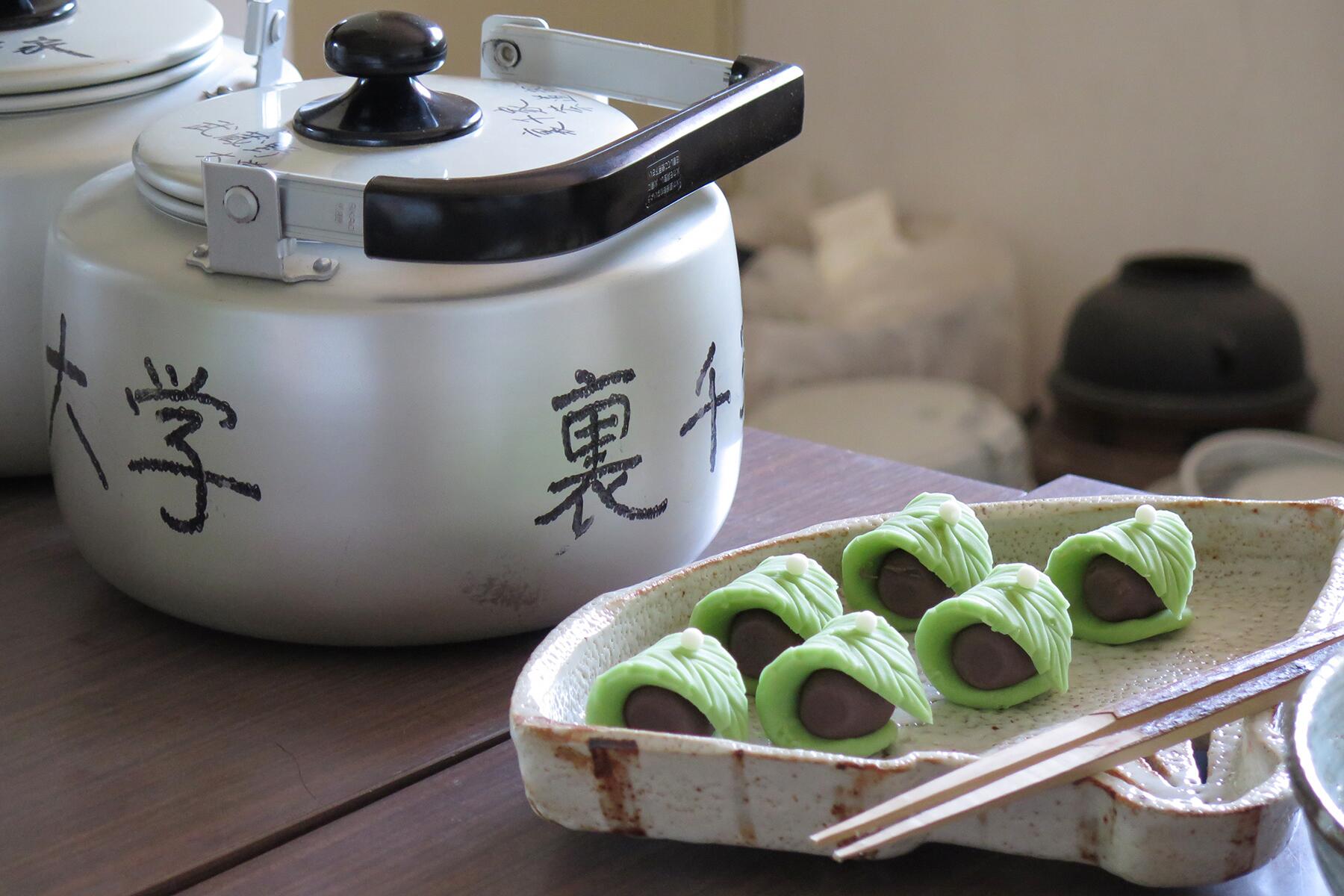 Create a Dessert That’s as Delicate as It Is Delicious

Wagashi, a common fixture in Japanese confectionary shops, are beautiful little sweets made from a bean paste (like marzipan, but made with beans instead of almonds) and are often served alongside a cup of tea. The finished product can be as simple as a plain sphere or they can be ambitious floral recreations. Making them yourself is surprisingly approachable (though, be prepared to spend a good chunk of time fashioning your creation). This helpful recipe takes you through the process with easy-to-follow instructions. By the time you’re done, you’ll be left with something that’s almost (almost) too pretty to eat.