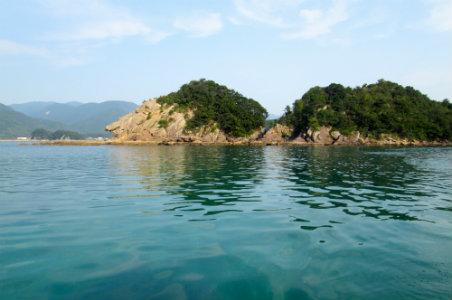 The least populous of Japan’s four primary islands, Shikoku exists in a dreamy, under-the-radar state far removed from Tokyo’s neon lights and Harajuku girls. Best known for its 88-temple pilgrimage route, Shikoku is a time capsule where fisherman still cast nets into clear rivers, traditional wooden architecture dots the peaks and valleys, and tourists receive a warm welcome. Spring brings ideal hiking weather to Shikoku, while June and July are the height of rainy season. Late summer heat complements the island’s many water-based activities, but late fall is the most picturesque time to visit. For lovers of nature and Japanese culture, here are five compelling reasons to discover Shikoku. 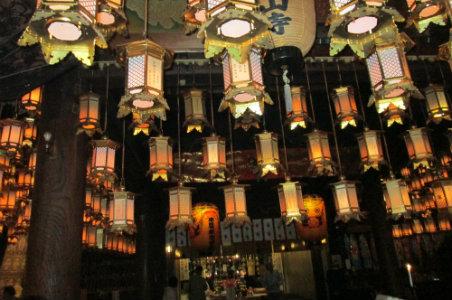 Shikoku’s pilgrimage route is believed to follow the path of Japanese Buddhist saint Kobo Daishi and dates in its present form to the late 16th century. To achieve toshiuchi—completion of the entire 745-mile circuit around the island’s 88 temples—takes six weeks on foot, but it’s possible to make the loop in 10 days via bus tour or rental car. Shikoku’s extensive rail network also comes close to a majority of the sacred sites. The temples are as diverse as the terrain in between, from the popular Ryozenji (No. 1) aglow in lantern light to Iwamotoji (No. 37), its main hall ceiling covered in 575 miniature artworks. Although English is rarely encountered, the presence of pilgrims has created a kinship among residents and travelers that transcends language. 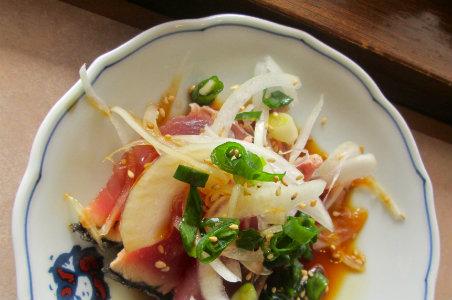 Fishing and agriculture are key components of Shikoku’s economy, and the mountainous landscape that divides the island’s four prefectures has resulted in distinctive specialties for each region. Ehime’s delicious mandarin oranges ripen in fall, adding a jaunty spots of color to the landscape. The Shimanto River yields a bounty of shrimp and sweet-fish, staples of Kochi’s seafood-rich menus. In Tokushima prefecture, chicken is elevated from menu-afterthought to star with its fresh depth of flavor; the Iya Valley’s centuries-old tradition of transforming stoneground buckwheat flour into soba noodles is also a standout. In Kagawa prefecture, you'll find perfect Sanuki-style udon noodles with a light dash of soy sauce.

Must-Try Dish: Kochi’s katsuo no tataki (bonito, lightly seared over rice stalks)—watch it cooked on the outside deck before dining at Ashizuri Kuroshio Marketplace.

An abundance of mountain parks, river-carved ravines, and quiet stretches of coastline add up to a wonderland for outdoor enthusiasts. Ehime’s verdant Nametoko Gorge not only has great hiking but also canyoning—a sport where wetsuits, padding, and helmets make the upper Shimanto River safe for use as a natural water slide. Visit Cape Ashizuri at Shikoku’s southernmost point for dramatic coastal hikes and nearby Tatsukushi Marine Park—designated Japan’s first underwater park in 1970—which offers glass-bottom boat trips over coral gardens to the surreal sandstone cliffs of the Minokoshi Coast. And don’t miss Tokushima’s mountainous interior, where vine bridges with 800 years of history (and thankfully, modern reinforcement) create memorable walks through the heart of the Iya Valley that are particularly stunning in autumn.

Insider Tip: The Iburi Center, a research offshoot of the Osaka Aquarium, is devoted to studying the reclusive whale shark, the largest fish in the sea. These speckled plankton eaters are the stars of its 3,300-ton tank, and in summer local dive operators arrange swims with them in Iburi Port. (Ashizuri Diving, 0880-82-0477).

Centuries-old craftsmanship is celebrated throughout Shikoku, from shops demonstrating the making of Otani-style clay pottery to museums devoted to paper-making and indigo-dying techniques. One of the best places to time travel on the island is the Wakimachi Udatsu Streetscape in Tokushima, where a quarter-mile stretch of road showcases beautifully preserved Edo-period architecture with its high-winged firewalls (udatsu) and black roofs.

Insider Tip: Founded in 1889, the family-run Miyoshikiku Shuzo Sake Brewery (Ikeda-Cho, Miyoshi, Tokushima, 0883-72-0053) gives behind-the-scenes tours of the sake-making process and tastings of its smooth, lightly fruity junmaishu sakes, made only from Yamadanishiki rice grown in Tokushima, water, and yeast. 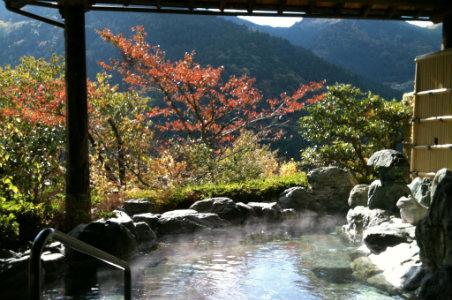 Shikoku’s Western hotels have a cookie-cutter aesthetic that pales next to the minimalist beauty of ryokans, Japanese-style inns with futons unfurled on tatami-mat floors, local cuisine, and communal hot-spring bathing areas (onsens). Some properties offer both styles in one, allowing for Japanese amenities and a thick mattress. Don’t miss the chalet-style Morinokuni Hotel (from $138/night) in Nametoko Gorge, a mash-up of Japanese inn and European fairy tale with gardens overlooking a decorated suspension bridge, plus and onsen and creative French-Asian fusion menus. For a hot-spring dip with spectacular Iya Valley foliage views, book the Hotel Kazurabashi (from $250/night, reachable by private funicular).

LoAnn Halden is a Fort Lauderdale-based freelance writer/editor who is also the Media Relations Director for the International Gay & Lesbian Travel Association.