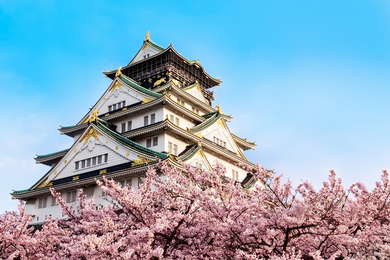 Perched on a hill overlooking Otaru's Ishikari Bay, Ginrinsou offers a luxurious and authentic hot spring experience. Built as a private estate in 1873, Ginrinsou has been serving guests as a ryokan (Japanese inn) since 1938. Both the service and the historic building itself--one of Hokkaido's important cultural properties--exude an attention to detail rarely seen in modern hotels. Guest rooms and the landscaped open-air hot springs offer panoramic views of the bay below, and lavish course dinners bring out the flavor of local ingredients. A night at Ginrinsou is easily one of Hokkaido's top hot spring ryokan experiences.

YOU SHOULD KNOW Like most high-end hot spring hotels, Ginrinsou encourages guests to stay in and enjoy the hot spring baths, a beautiful dinner and an early night. It is not a base for exploring Otaru's nightlife.

Japanese style tatami rooms strike a balance of comfort and traditional Japanese minimalism. Shoji doors slide open to reveal a sitting alcove with floor-to-ceiling windows looking out over the water. Western rooms use the same cedar and soft cream tones common throughout the hotel. Although comfortable and spacious, they lack the authentic atmosphere of the Japanese rooms.

Unless you cannot bear the thought of sleeping on a futon, ask for a Japanese room with a view of the bay. The Western-style rooms, while nice, lack the atmosphere of the Japanese rooms.

Being a hot spring, not all rooms in the main building have private baths. Those that do, however, are spacious tile and marble private onsen, many of which look out over the water or city below.

Even if you splurge for a room with a private bath, take time to soak in the stunning indoor and outdoor shared baths. They are rarely crowded and nothing is as relaxing as soaking in an outdoor hot spring, looking out over the ocean.

The interior of the hotel is a mix of Japanese and western elements that gives visitors a glimpse into the aesthetics of 19th century Japan—a country newly opened to the West. While the lobby itself is more a space to admire than linger, there are more than enough sitting rooms and alcoves to take in a view of the sea, the (historic) interior, or the hotel's zen-like rock garden.

Drawing water from its own private hot springs, Ginrinsou's baths are one of the main attractions of the hotel. Both the spacious indoor and outdoor baths offer panorama's over Ishikari Bay, below. Baths are separated by gender, and with only 18 guest rooms, are never crowded.

YOU SHOULD KNOW Like most hot spring ryokan, the focus is on the bath itself. Ginrinsou can arrange massages, but does not have a full-service spa in the Western sense.

Ginrinsou offers a lavish kaiseki course dinner in guests rooms or a dining area (depending on the room). Keeping with the ryokan's 19th century heritage, there is also a French restaurant, Grill Ginrinsou. Both the Japanese and western dining options focus on local seafood and other ingredients, the kaiseki is a better choice—it's hard to beat a 13 course fine-dining meal while wearing a yukata.

YOU SHOULD KNOW The meal is a set course. If you have allergies or dislike certain foods, let the staff know when you make your reservation so they can prepare accordingly.

Grill Ginrinsou includes a bar, though it is more common to order drinks in your room.

Use the free pick up at Otaruchikko Station to check in. Otaru's historic downtown is a 10-15 minute taxi away. Once there, most sights are a short walk away. Ginrinsou strikes a balance of feeling secluded but being easy to access and not too far from Otaru's main sights. From Otaruchikko Station (30 minutes by train from Sapporo) the hotel offers a free pick up by car (5 minutes), or guests can make the 10 minute walk uphill.

With the excellent dinner and relaxing hot springs, it's unlikely that you will want to go out in the evening. Otaru's northern fishing town history means there is no shortage of excellent food in the daytime though. A number of small shops at the Sankaku Fish Market (5-minute taxi) such as Ajidokoro Takeda offer donburi rice bowls topped with snow crab, salmon, giant scallops and other local seafood. For pricier fare, Isezushi (12-minute taxi) is the city's (and one of Hokkaido's) most highly acclaimed sushi restaurant. LeTaO's (12-minute taxi) cakes and pastries made using local ingredients should satisfy any sweet tooth.

Widely considered one of Hokkaido's best hot spring ryokan, Ginrinsou is about the most luxurious experiences you can have this far north. The historic building is a joy to admire, the food is top-notch, and the service impeccable. The outdoor hot spring, as well as the guest rooms, offer serene views over the bay.

Otaru itself is just a 30-minute train ride from Sapporo, yet has a quieter, less-touristed atmosphere. Although small, the city's historic downtown offers just enough interesting things to see and do to for an overnight stay. It comes at a price, but for an authentic, luxury ryokan experience in Hokkaido, Ginrinsou is the place to stay.