The Sapporo Snow Festival is a wintery white paradise where castles, celebrities, and the nation’s favorite anime characters are brought to life in ice and snow.

For a week every February, the city of Sapporo on Japan’s northernmost island of Hokkaido transforms into a land of fascinating wintery wonders. During the Sapporo Snow Festival (Yuki Matsuri), the city’s streets are lined with giant sculptures of snow and ice in a spectacle that attracts more than 2 million people every year.

Sapporo’s Yuki Matsuri blossomed from humble beginnings, however. It all started in the 1950s when some local high schoolers built six snow statues in the city’s Odori Park one winter just for fun. They could not have guessed that more than 50,000 people would come out to see their creations and their idea would flourish into an annual snow festival attracting visitors from all over Japan and the world. The ever-growing event features ski slopes, ice-skating rinks, ice bars, and colossal show-stopping snow statues, some measuring up to 75 feet wide and 50 feet high, that require a staggering 3,500 tons of snow to make. The festival has expanded to include three distinct areas—the Odori site, the Tsudome site, and the Susukino site—each with their own attractions and unique charm.

All photos by Jason Haidar 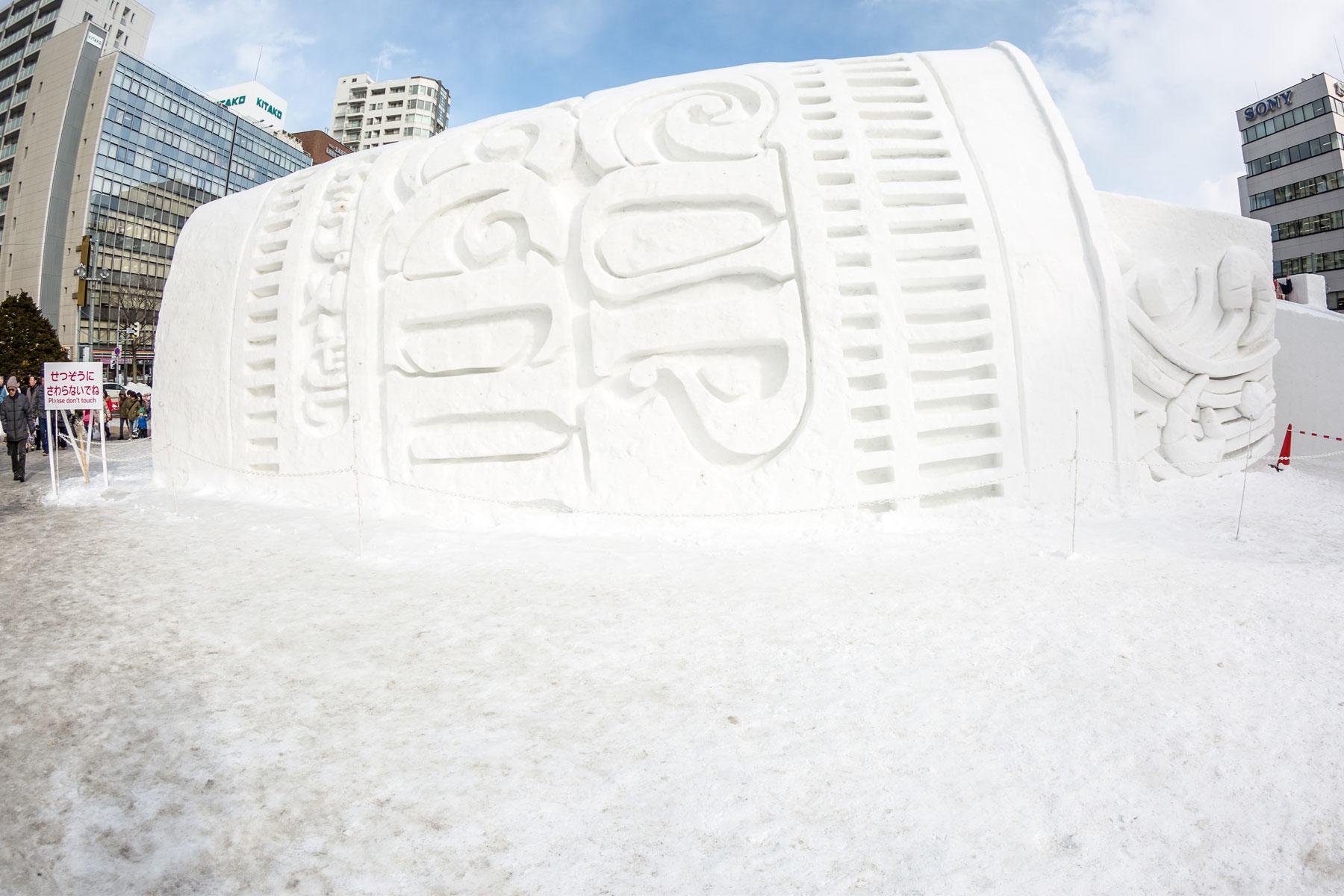 Cup Noodles—the original ramen in a cup—has been warming bellies in Japan for over 45 years and was honored this year in the form of a giant-sized snow sculpture at Sapporo’s Yuki Matsuri. 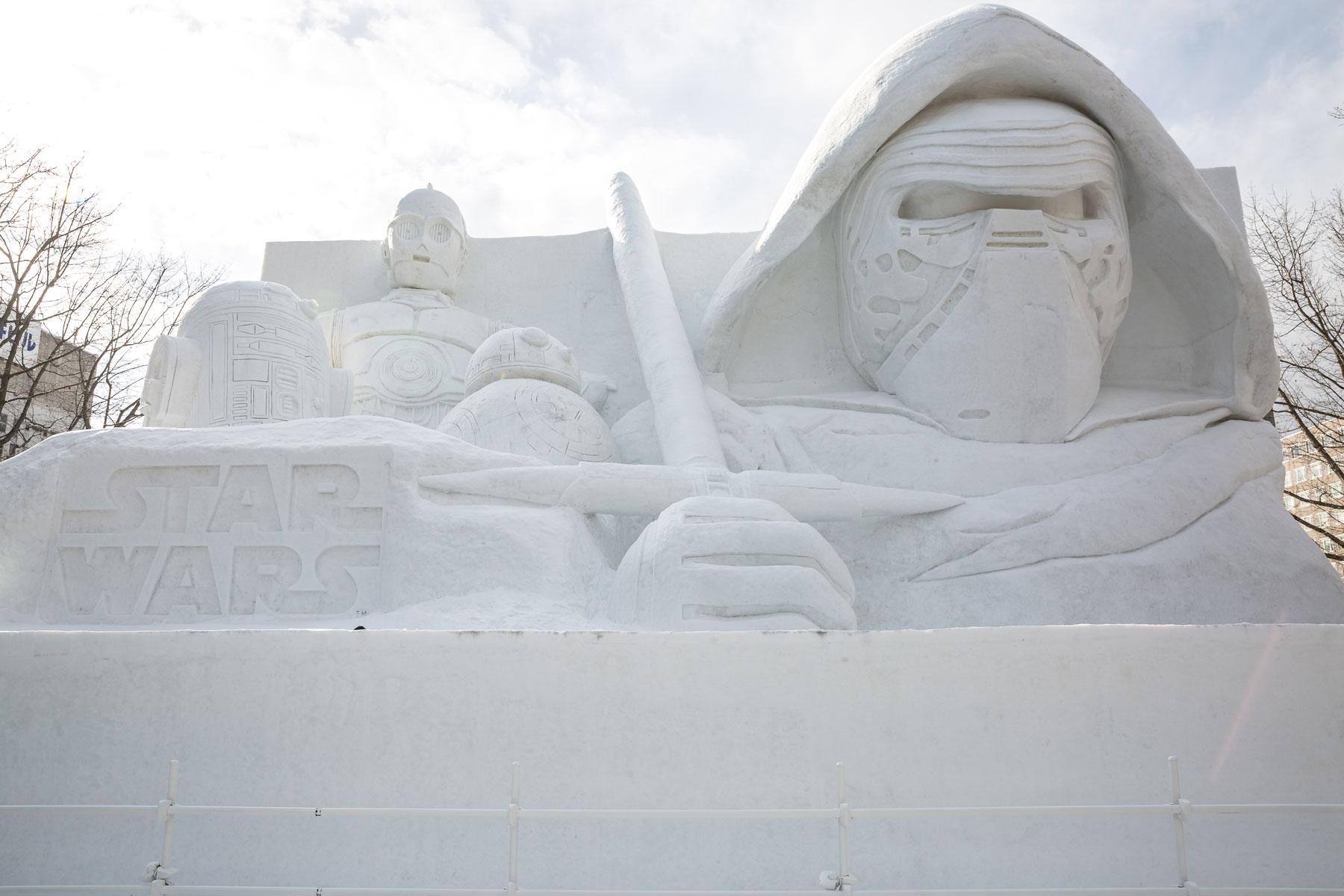 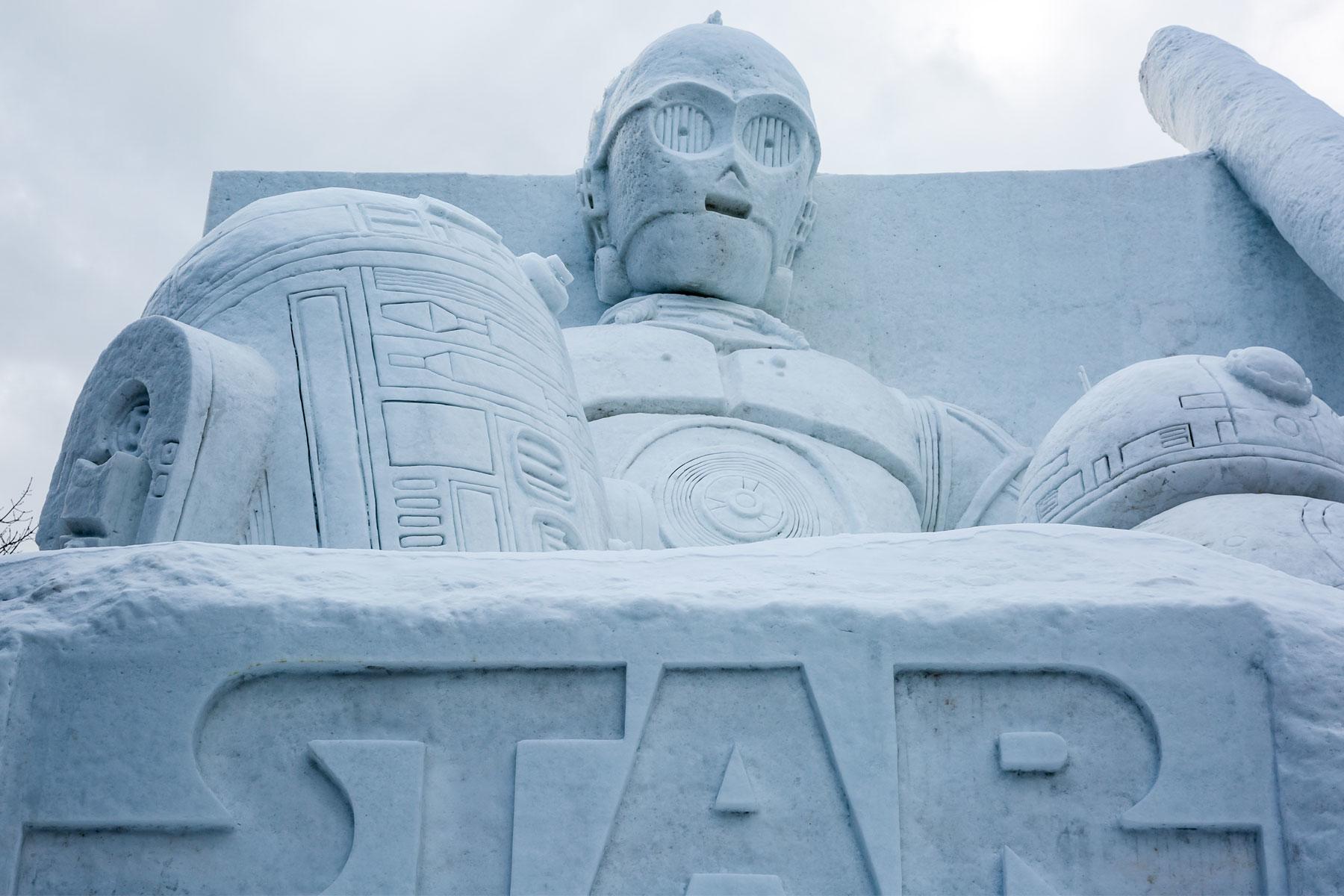 PHOTO: Jason Haidar
Previous Next
2 OF 14 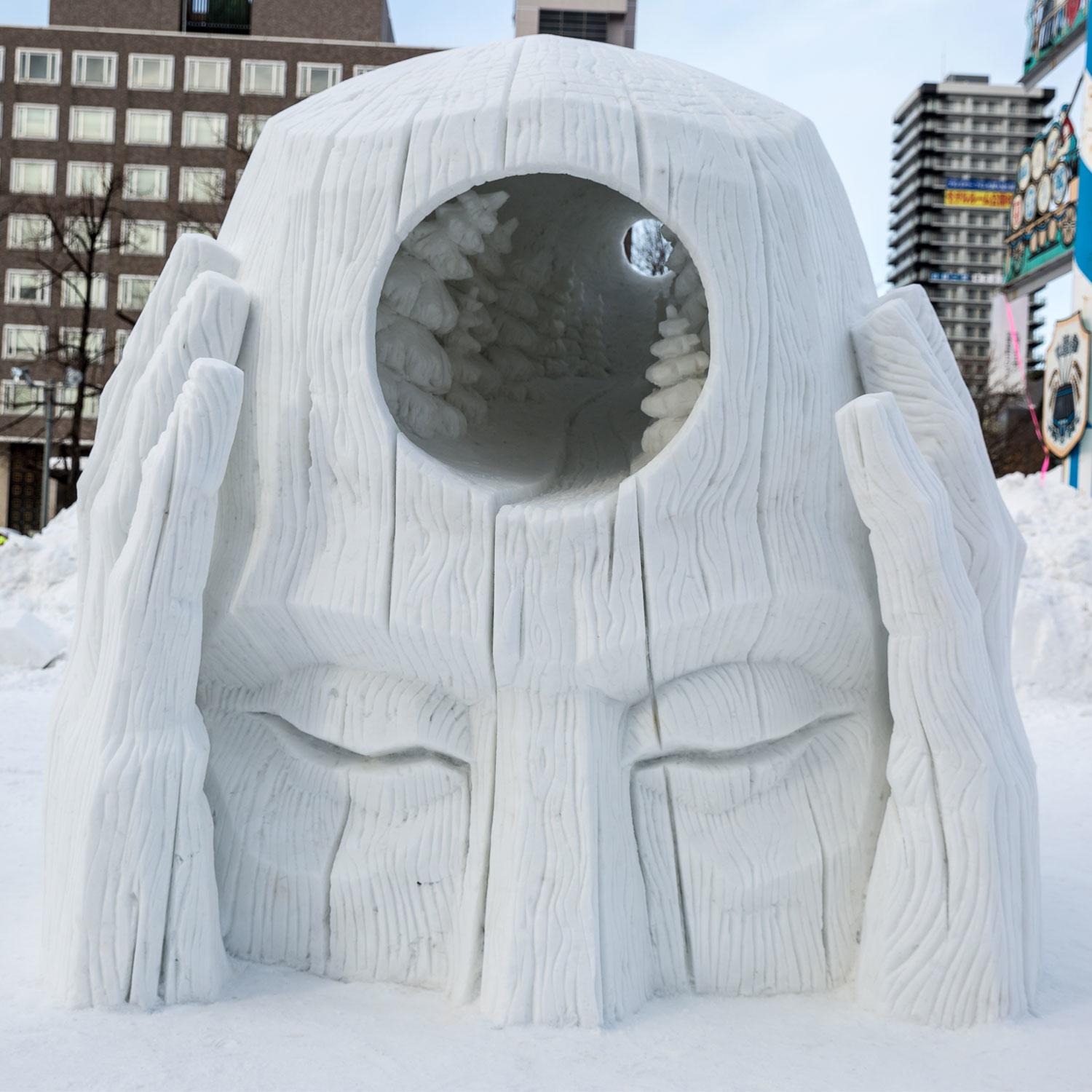 This piece called “Wooden Dreams” by the Latvian team was awarded second place in the 44th International Snow Sculpture Contest. The competition featured entries from 11 countries from around the world. 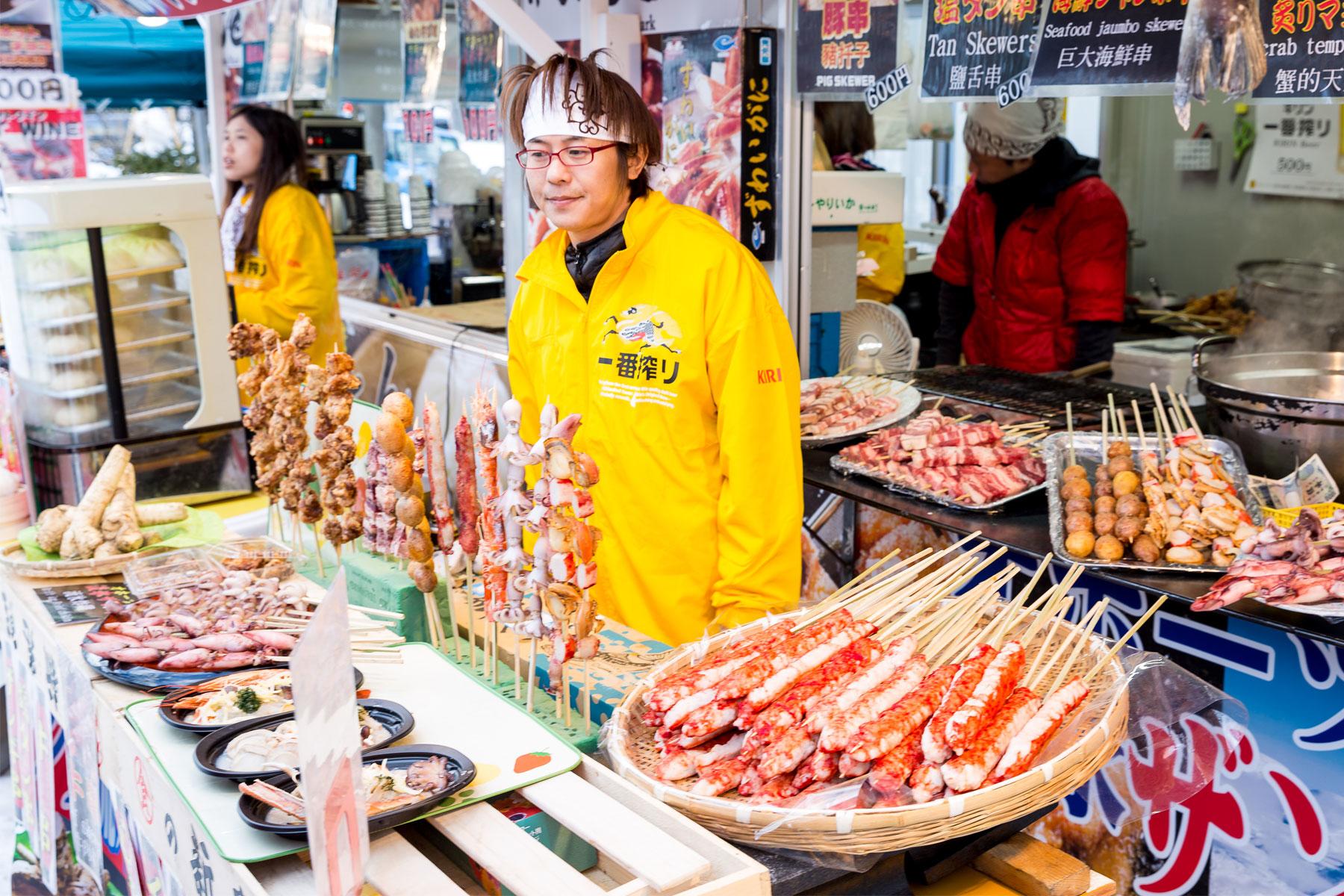 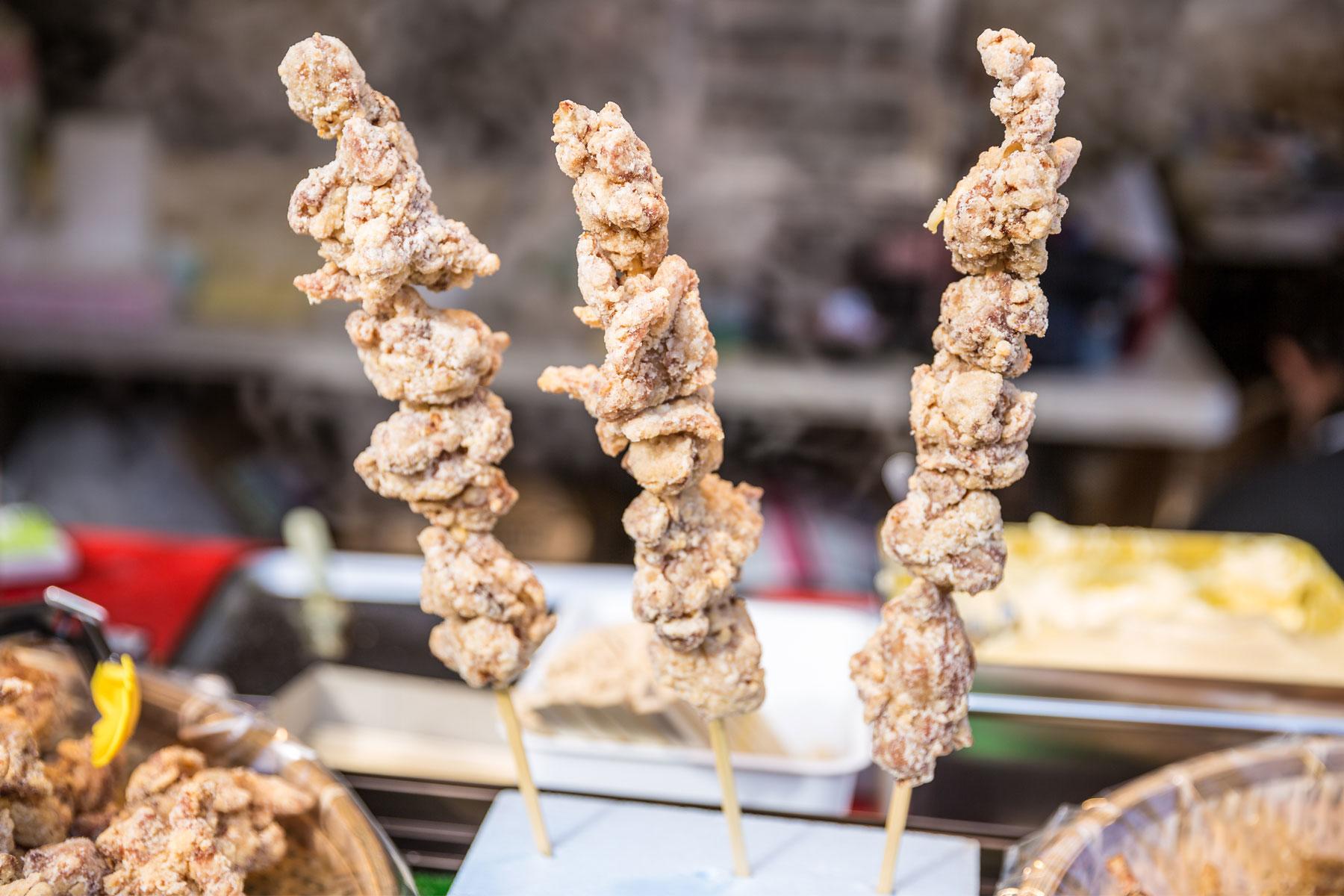 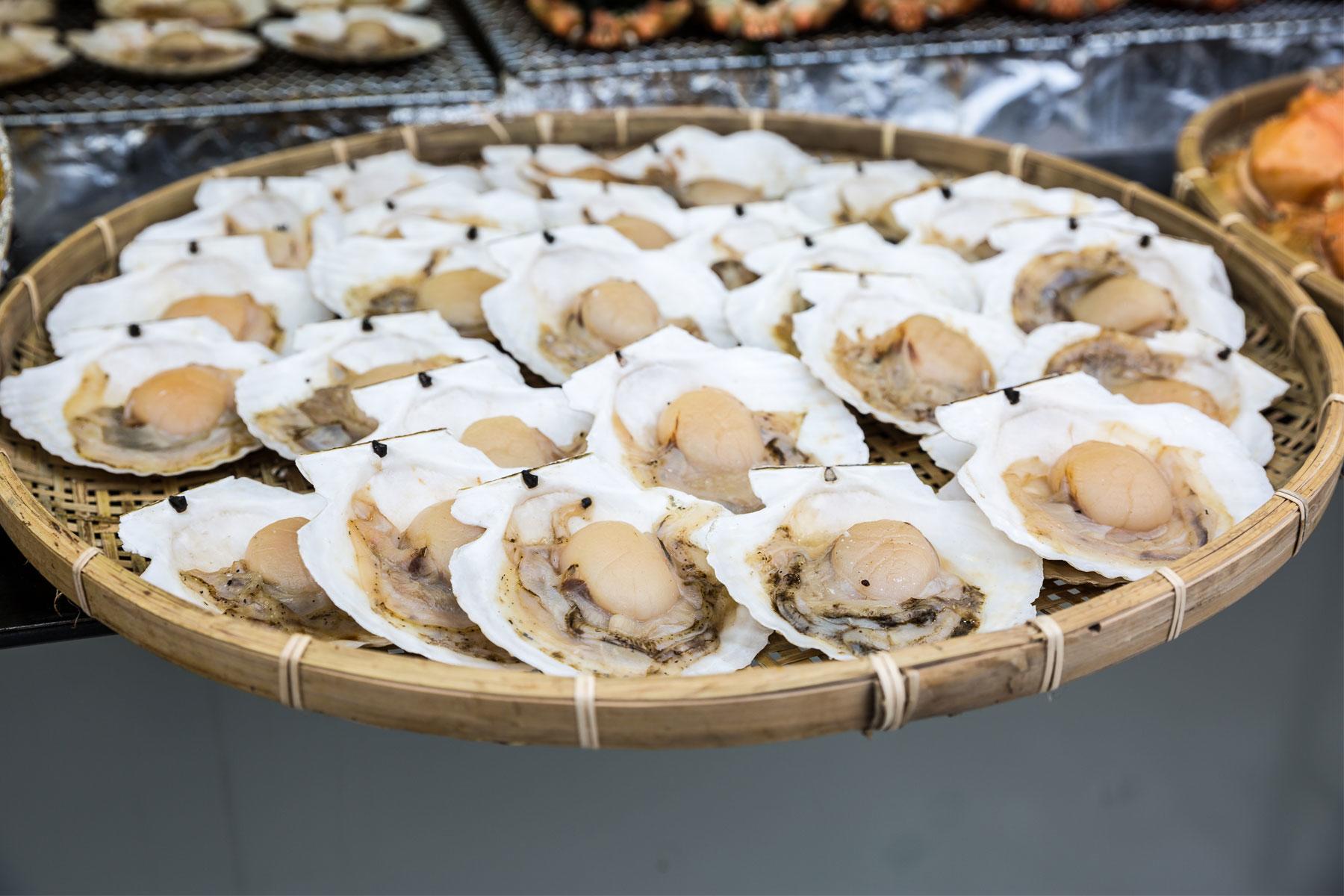 PHOTO: Jason Haidar
Previous Next
4 OF 14

Hokkaido is famous for its seafood, particularly its crab, and these delicious crab cake and octopus skewers are the freshest you can get. 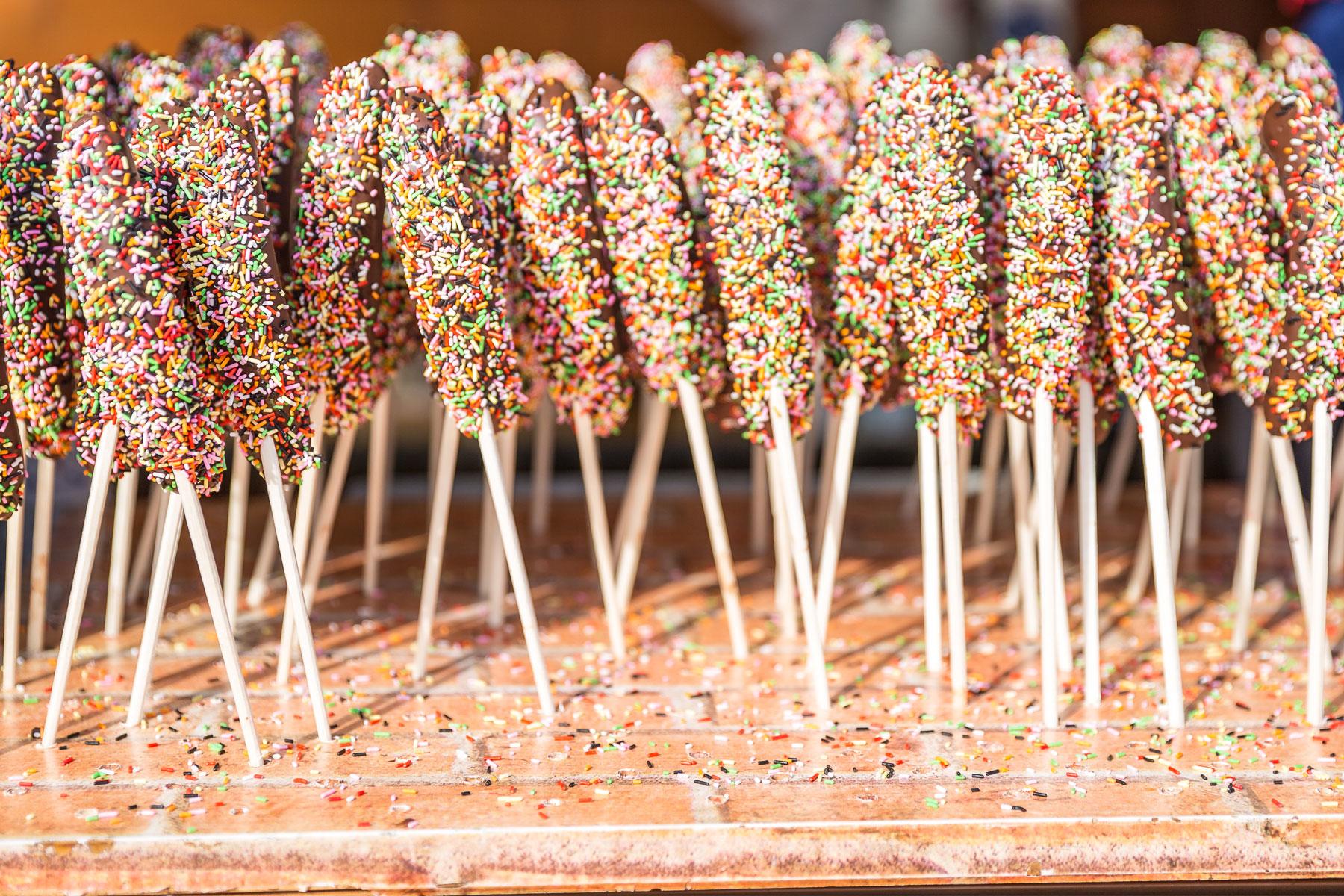 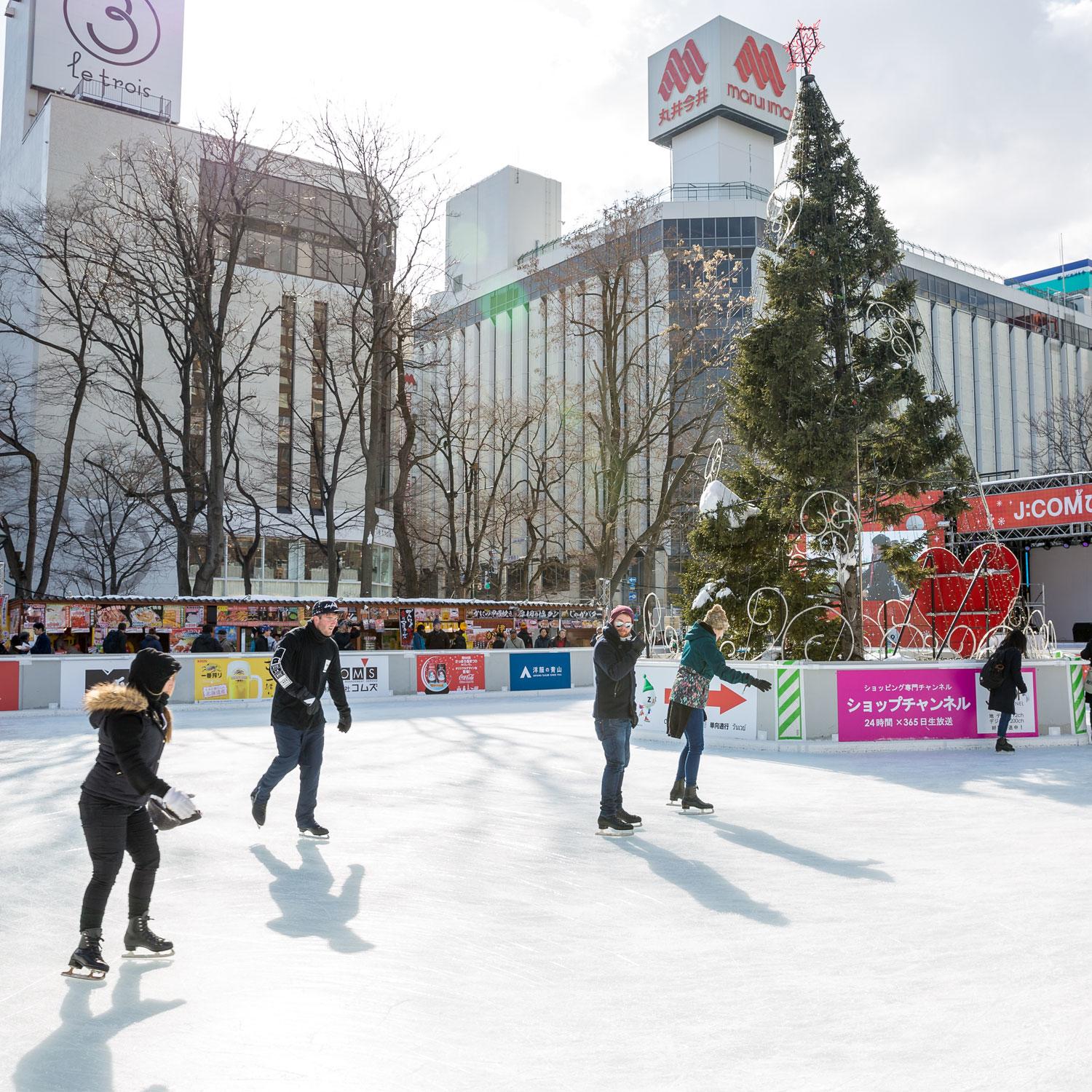 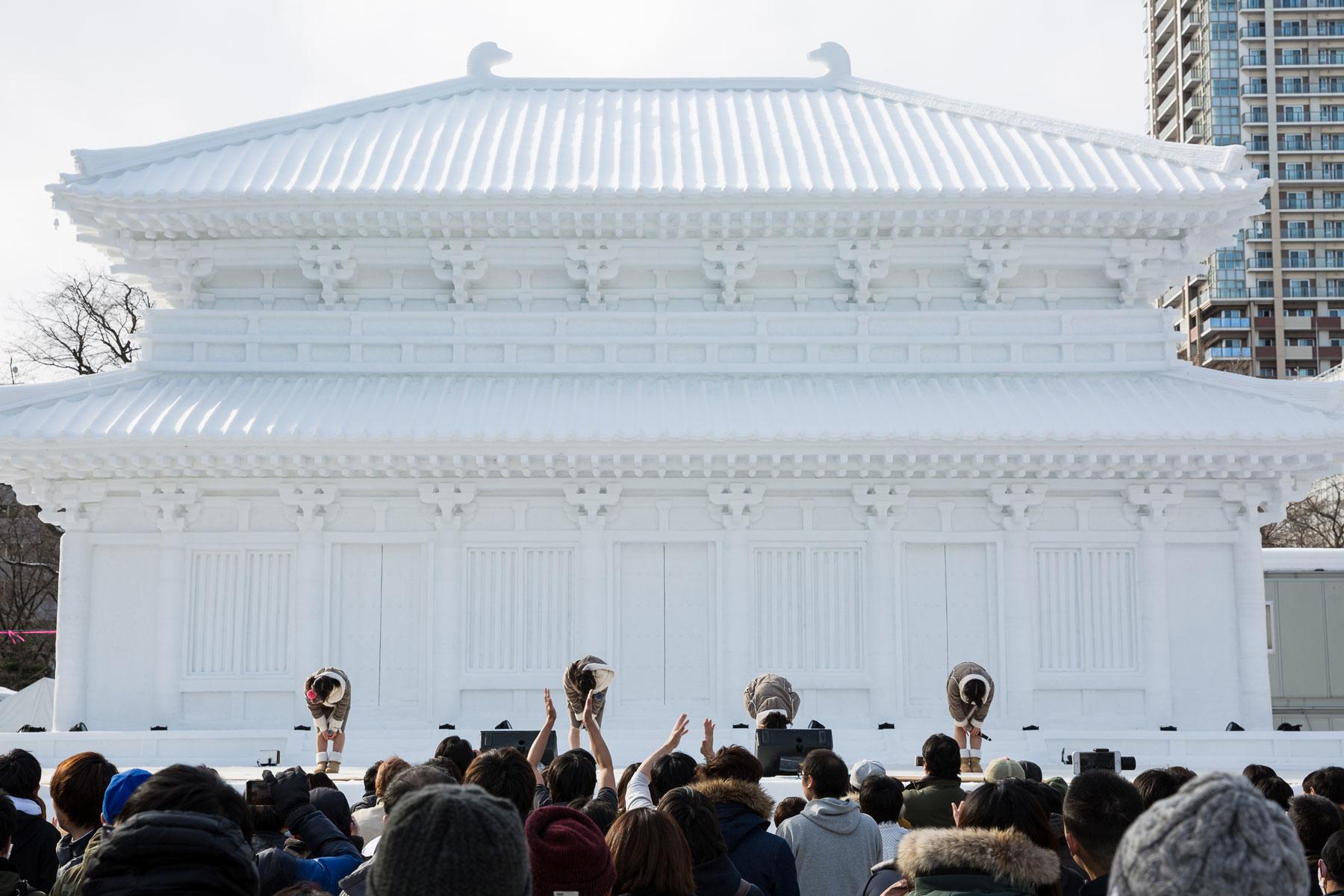 A snow replica of the Central Golden Hall (Chukondo) from the Kofuku-ji temple complex in Nara, a previous capital of Japan in the Kansai region, was sculpted by the Japan Ground Self-Defense Forces. It took a total of 31 days and nearly 4,000 JGSDF personnel to finish the sculpture. 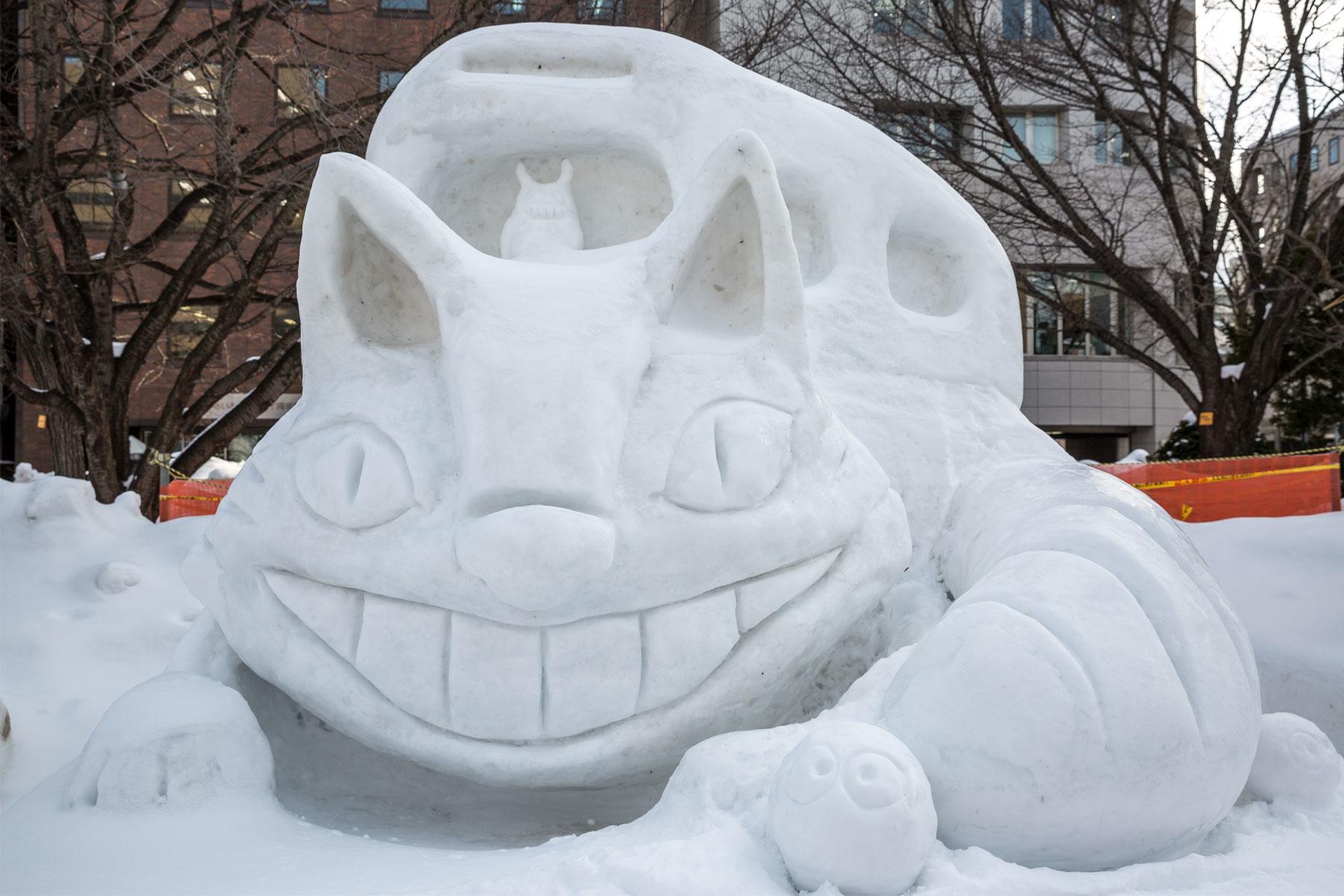 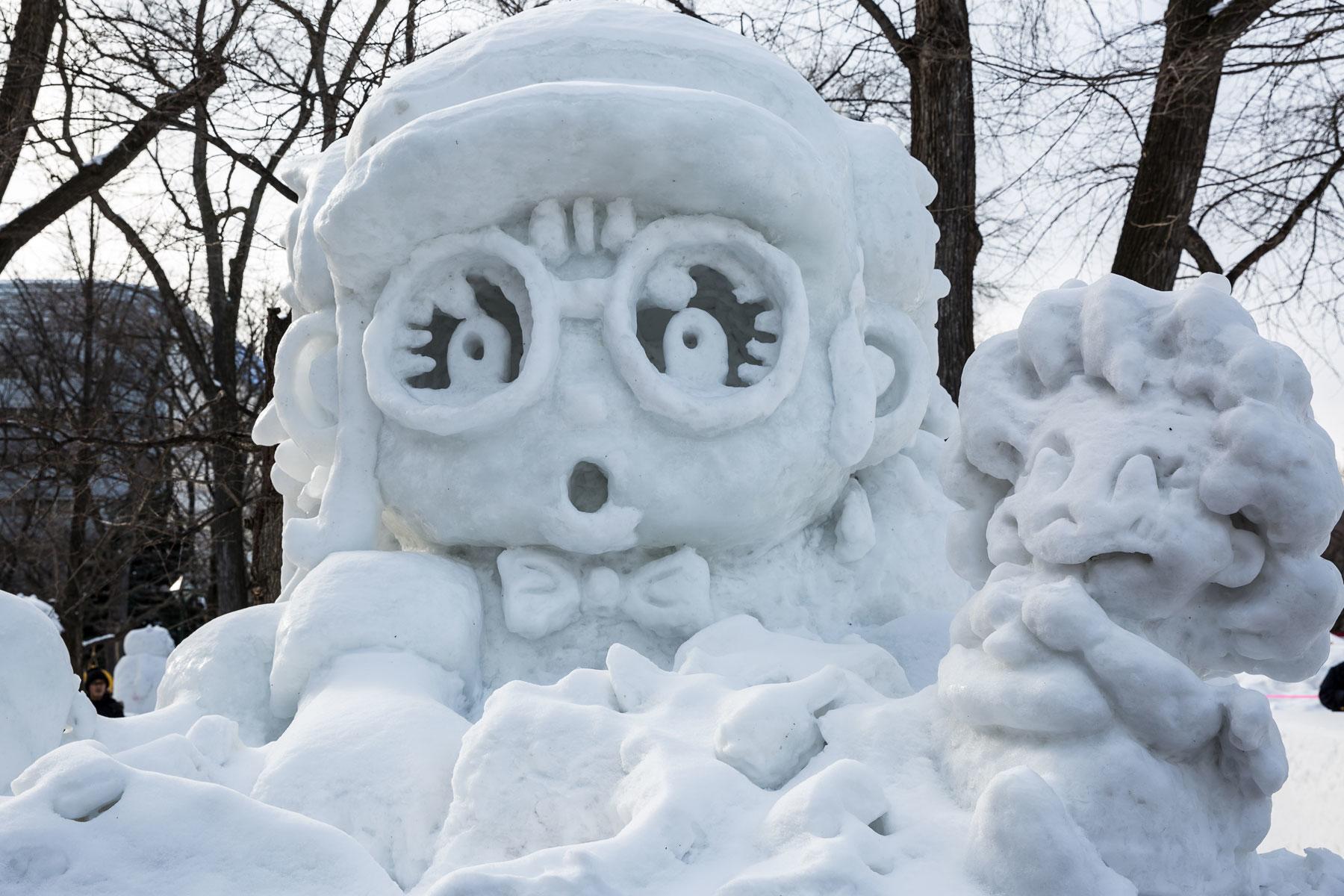 Arale Norimaki is the android protagonist of the Dr. Slump manga series known for her superhuman strength, energetic personality, and lack of common sense. Her little sidekick is known as Gatchan. 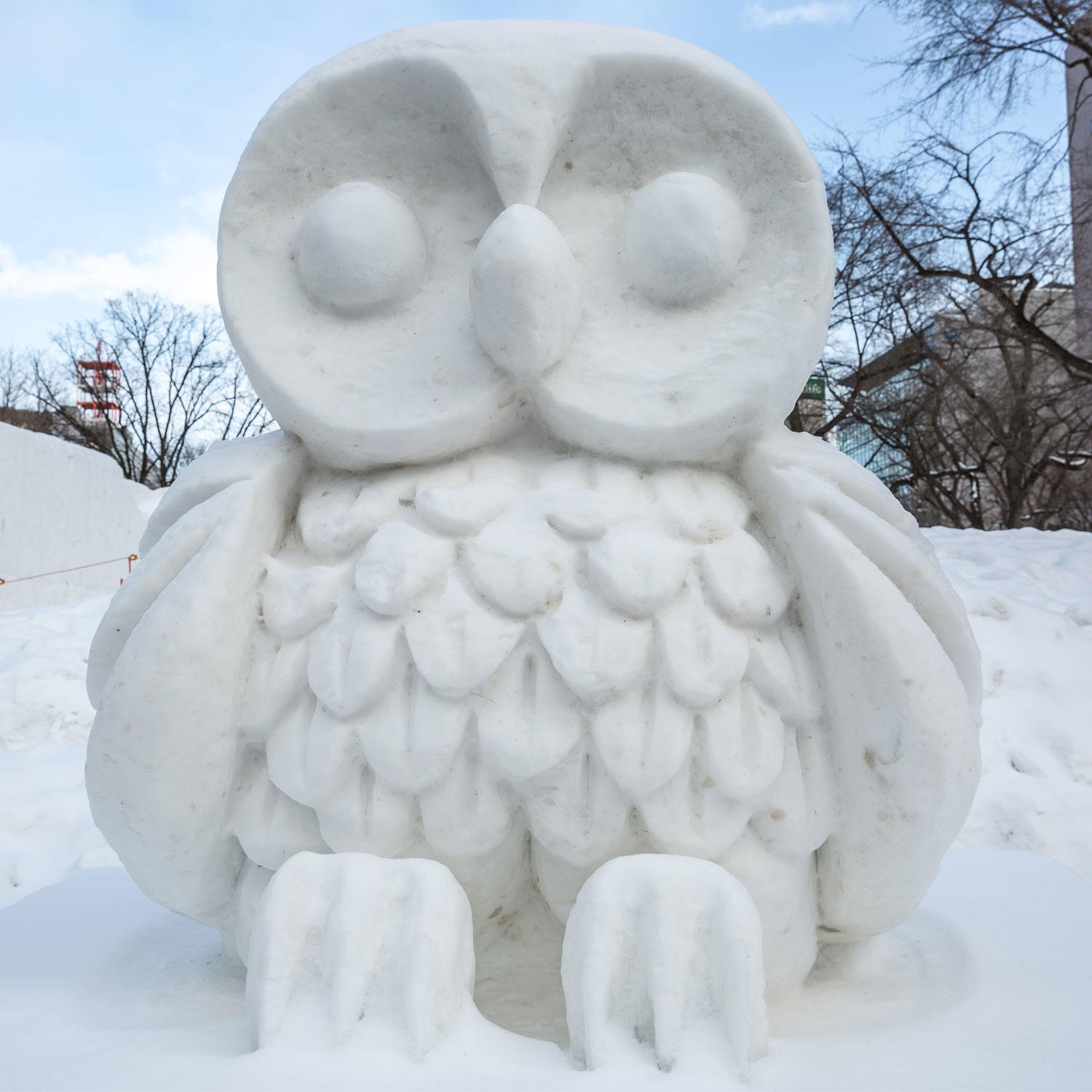 A perfectly sculpted snow owl sits placidly being admired by passersby at the Sapporo Snow Festival. 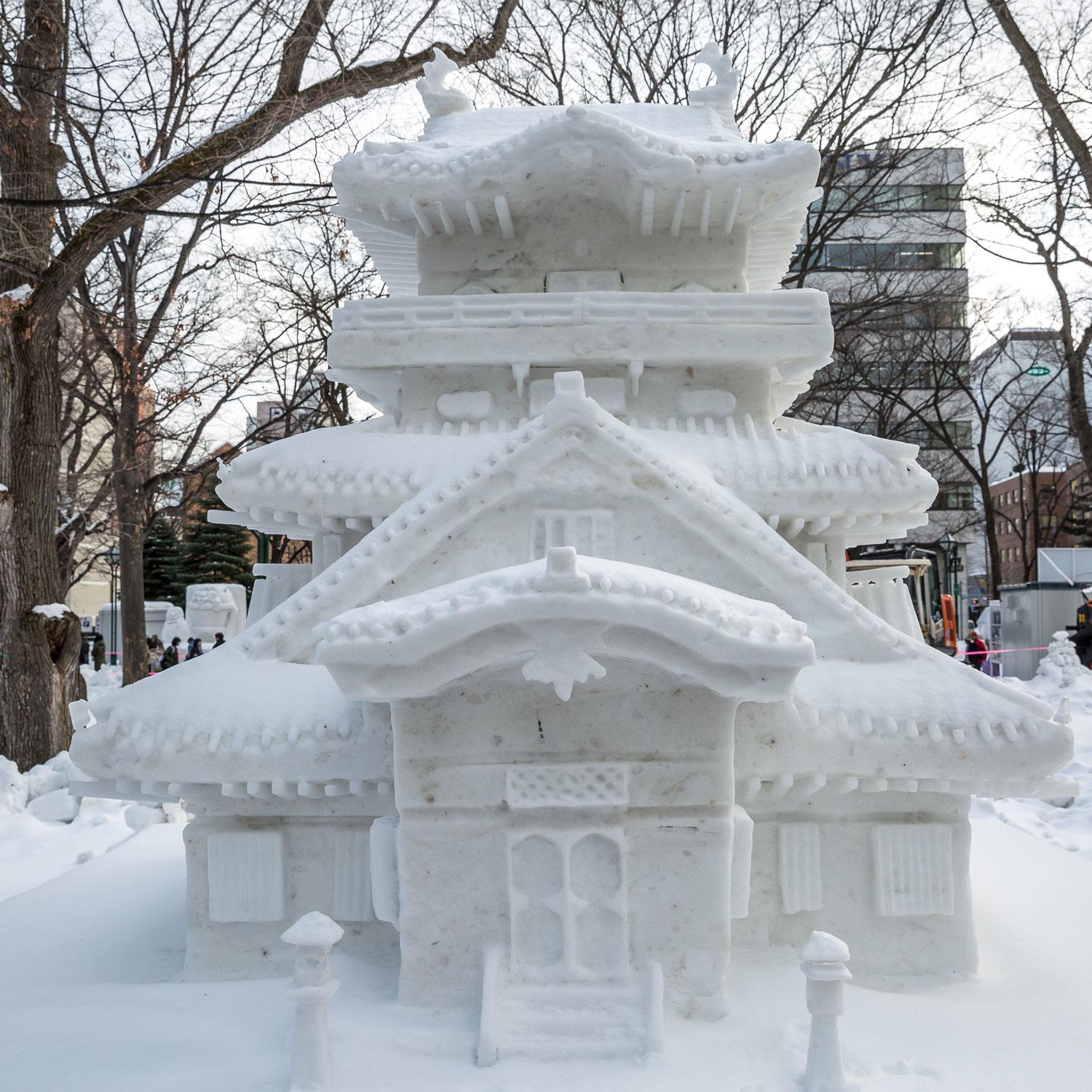 A snow model of a typical Feudal Japanese castle in the iconic Azuchi-Momoyama style. 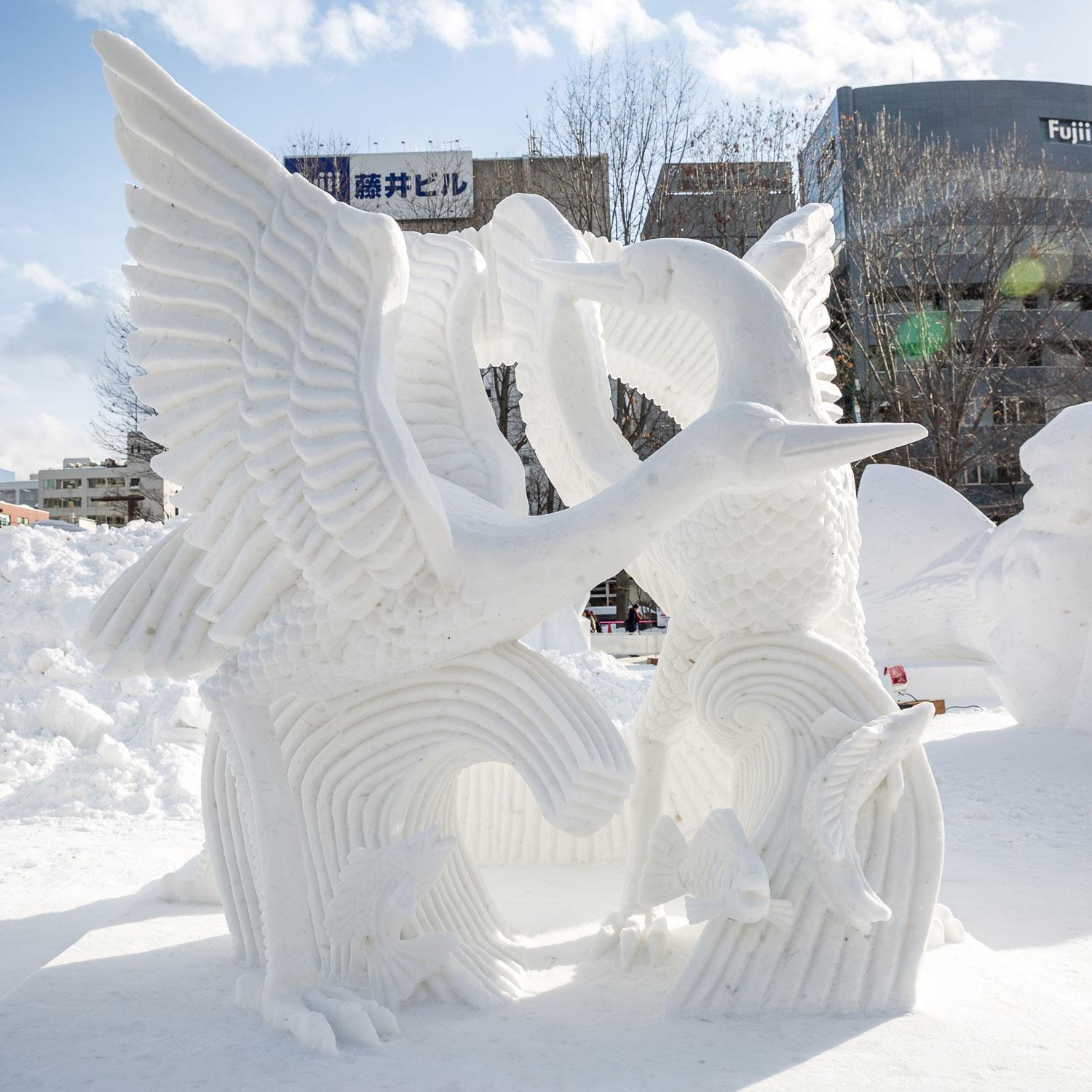 Winner of the 44th International Snow Sculpture Contest, “Crane Dance in Spring” was sculpted by the Macao team. 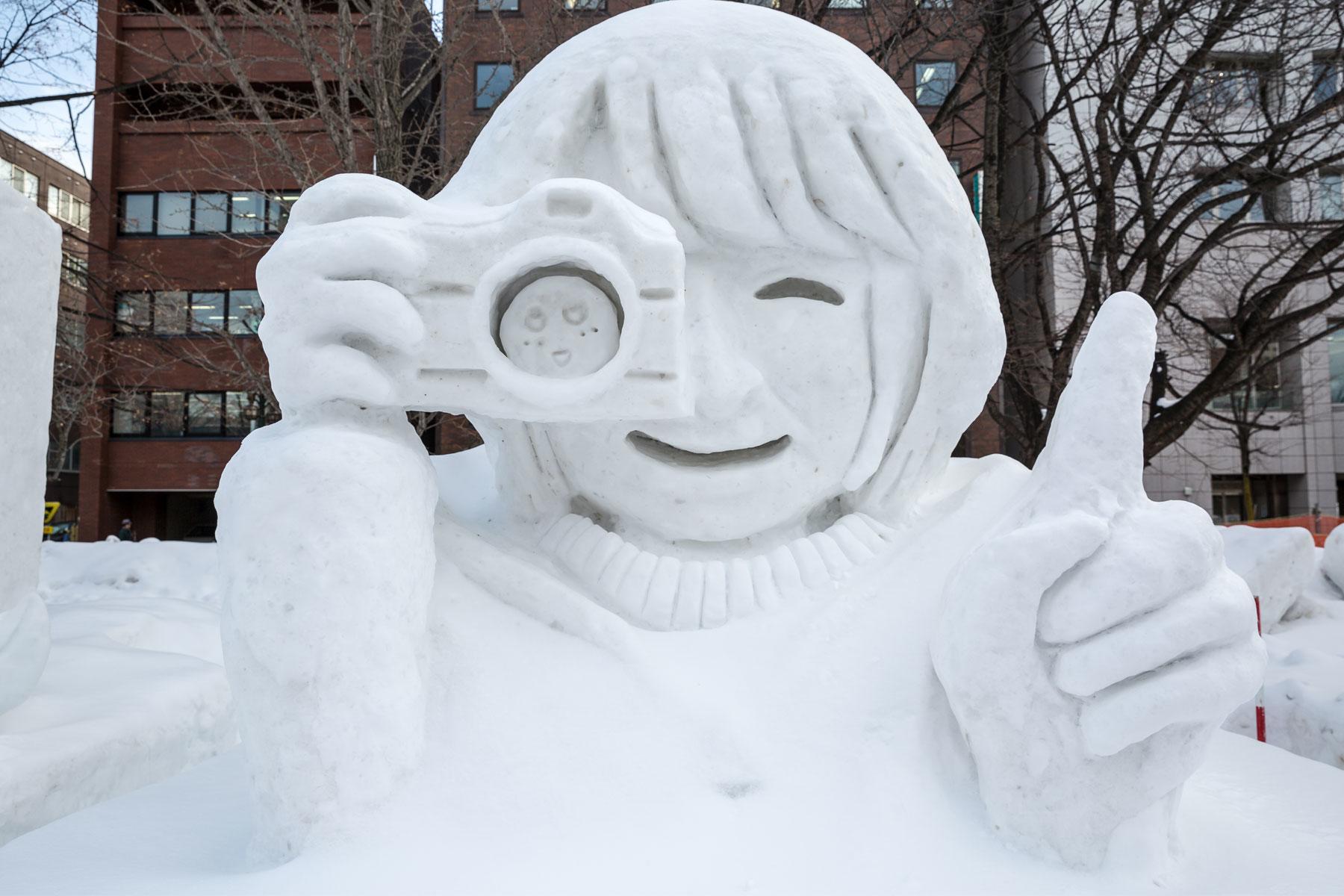 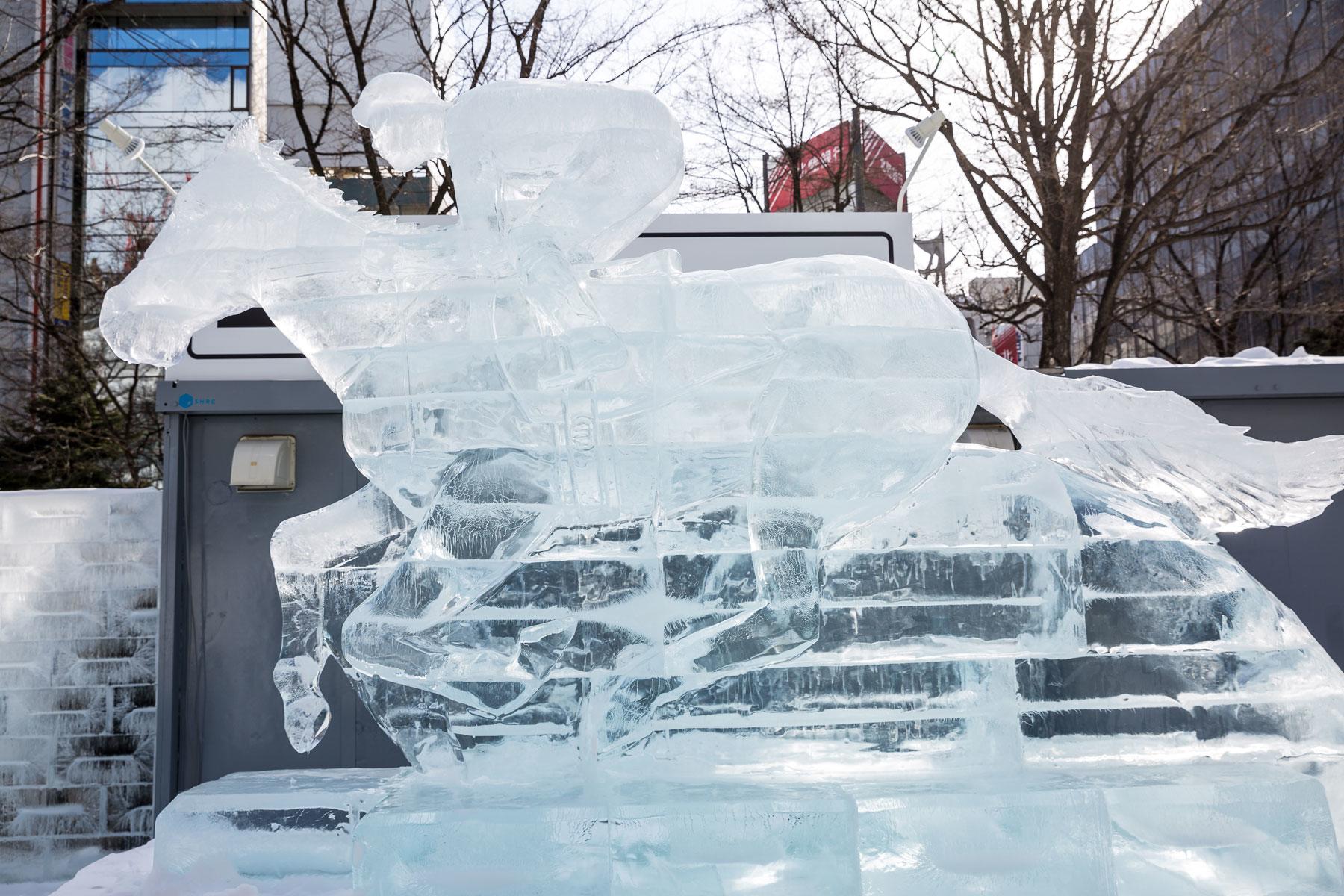 There are even ice sculptures to admire!