Steamed savory cakes made from a fermented batter of rice and black lentils, idlis are a firm favorite and omnipresent in India.

It is often said that nothing brings people together like good food. This seemed to ring especially true when a rather disparaging tweet from a British professor about a favorite Indian dish had the Twitterati up in arms defending what is arguably one of India’s most popular breakfast foods, the idli. A favorite with not just celebrities and politicians (including the likes of Kamala Harris and Shashi Tharoor), idli is the quintessential breakfast item that is integral to the gastronomic culture and culinary heritage of South India.

Just like with most foods, the origin of the idli has been subject to debate and contention. In his book The Illustrated Foods of India, K. T. Achaya notes that the first mention of the dish is in Vaddaradhane written by Sivakotyacharya in Kannada in 920 A.D. as “Iddalige,” suggesting its origin in the southern state of Karnataka. Achaya also mentions that the dish is referred to as “Iddarika” in Manasollasa, a 12th-century Sanskrit text. Other theories opine that the dish originated in Indonesia, while still others believe it came to south India from Gujarat when silk weavers from Saurashtra came to the south via Maharashtra, sometime between the 10th and 12th centuries. Regardless of its origin, the idli has come a long way to become a much-loved dish across India. 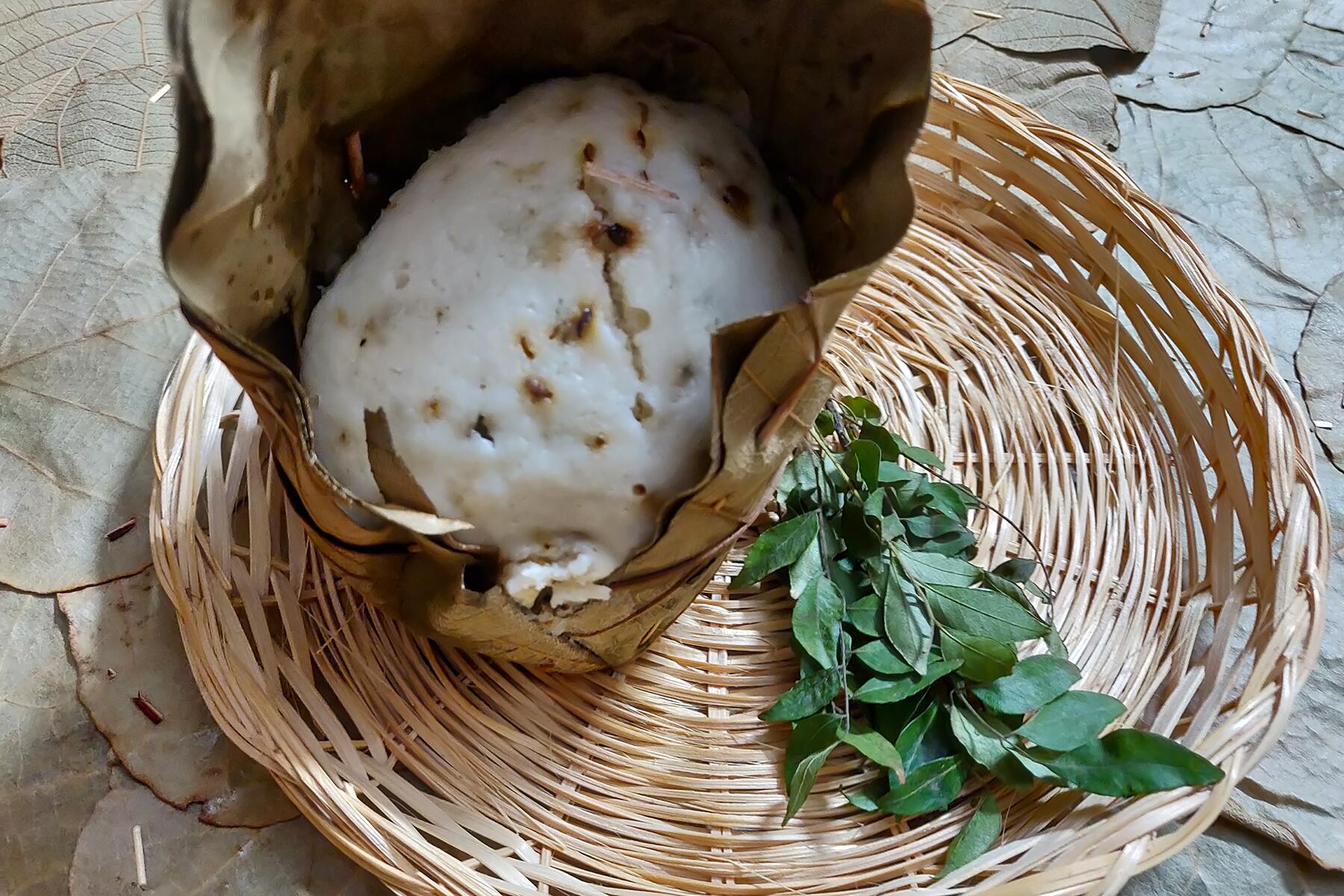 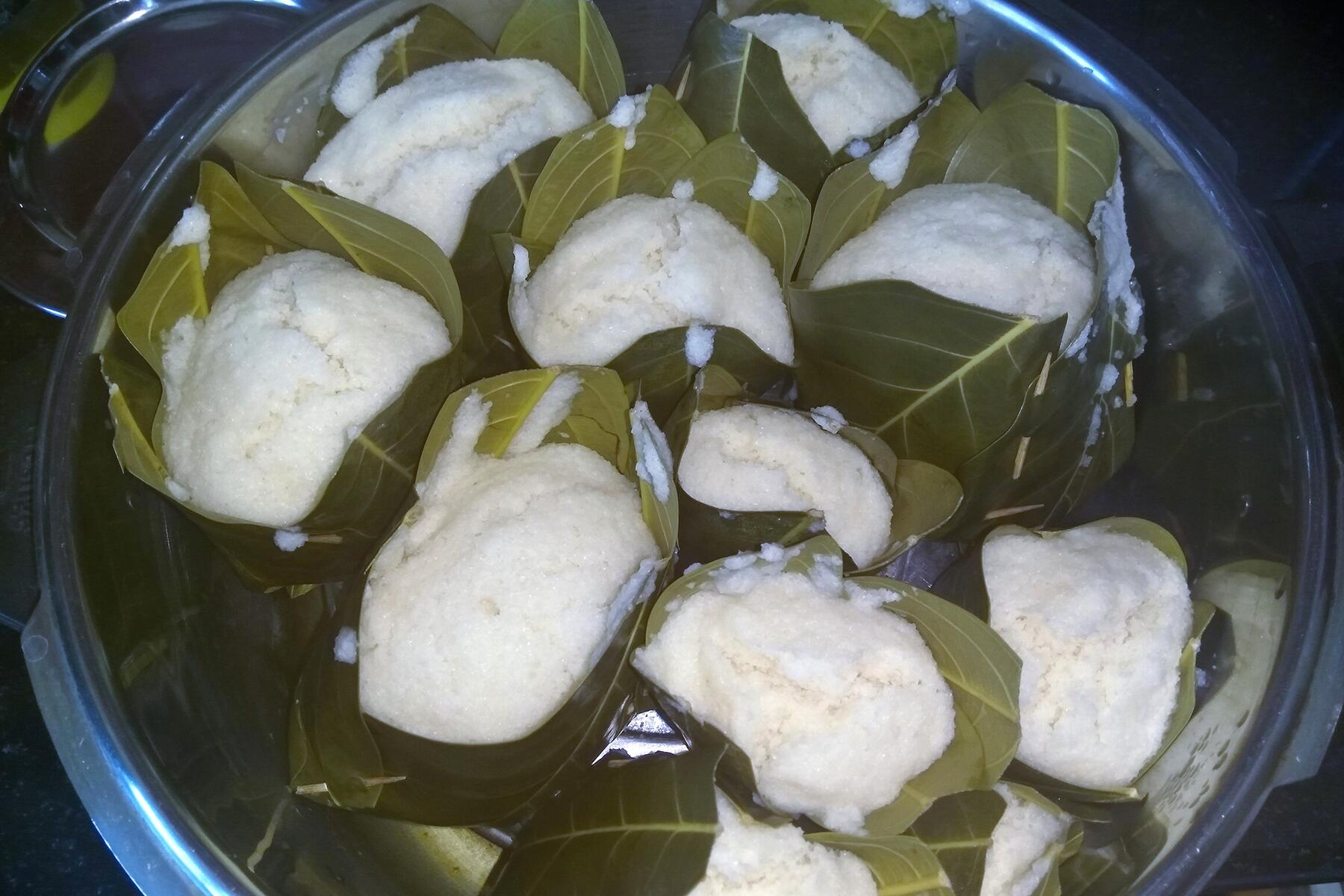 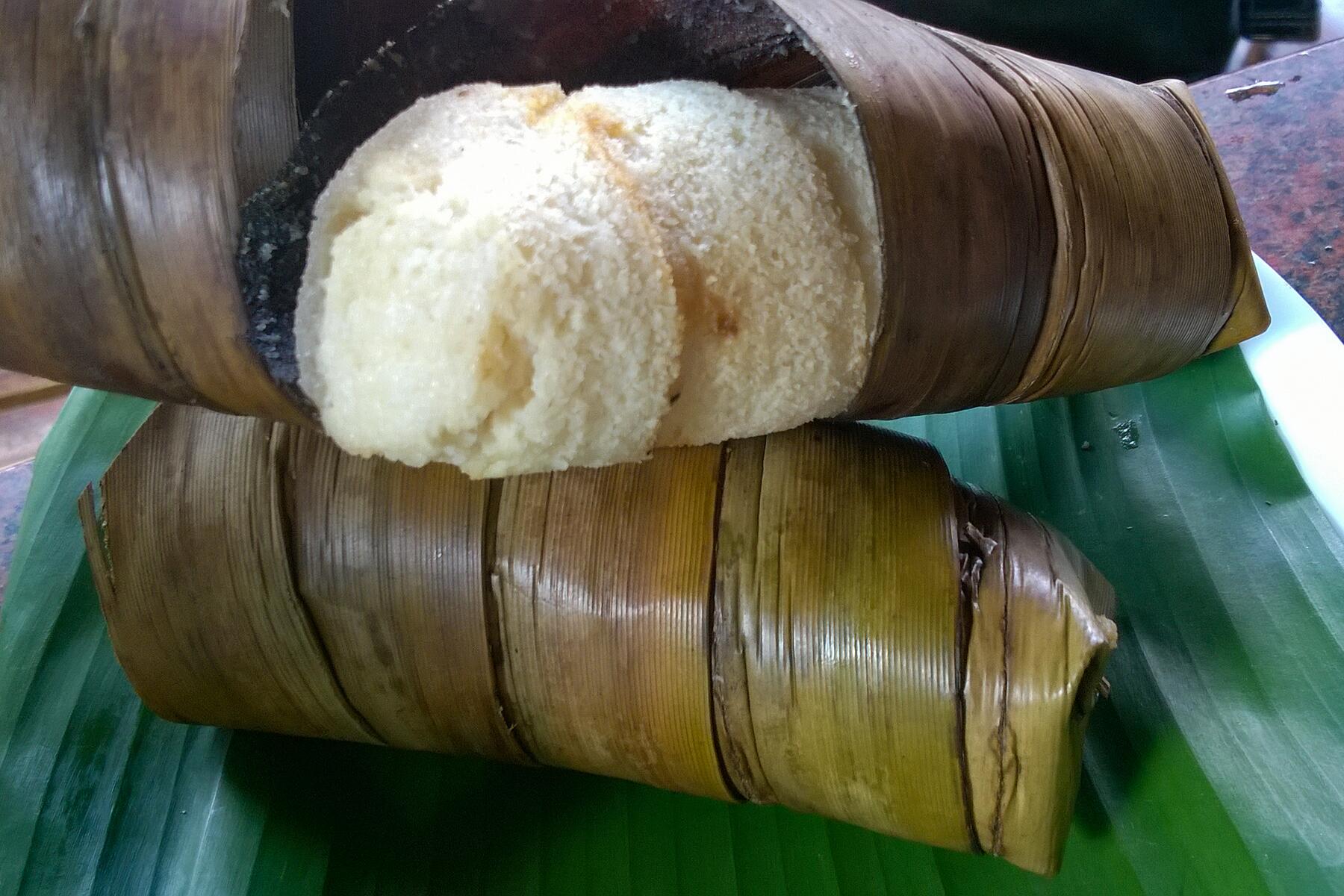 Some of the reasons for the dish’s popularity (besides the taste) include its short prep time, cost-effectiveness, and the fact that it’s largely safe to consume, considering it is steamed. The latter also makes it pleasant and light on the stomach. If you have the batter ready, it only needs steaming—a perfect hot breakfast on the go! Hence it is no surprise that there are several legendary joints like Brahmins Coffee Bar and Sri Laxmi Venkateshwara Coffee Bar in Bangalore that have sold up to a whopping 1,000 idlis per day for decades! Madurai-based Murugan Idli shop is yet another popular chain with branches in Chennai and Singapore known for its delectable idlis. With prices as low as INR 20 ($0.27) for a plate of two idlis, it is a great idea for a nutritious and pocket-friendly breakfast.

Fluffy and slightly spongy, idlis are essentially steamed cakes prepared in homes using an “idli stand,” a staple in most households. The latter is a set of 4-6 plates that have depressions in them to hold the batter. Those are stacked onto a central rod, placed in a steamer, and allowed to cook for 20 to 40 minutes. Restaurants, however, have much larger gadgets.

Served with sambhar (a tangy stew made from legumes and vegetables cooked in an aromatic array of spices) and chutney (a savory sauce made from greens, coconut, chilies and topped with seasoning) and sometimes milagai podi (lentil and spice powder) and doused in ghee or oil, the idli isn’t just a tasty and flavorful breakfast but a nutritious one, too. Since it is made from rice and lentils, it is rich in carbohydrates and protein, and considering the fact that it is fermented and steamed, it is a dish replete with probiotics and without saturated fats or cholesterol. The vegetable-laden sambhar and the coconut chutney add fiber and essential fats.

The preparation of idlis has several nuances. The trick to making the perfectly melt-in-your-mouth ones is to get the batter right. Such idlis remain soft not only when they are piping hot but when turn cold, too, and even when the batter is a few days old. The consistency of the batter is also important, as a thin and runny batter renders the idlis flat and rubbery while a batter too thick can make it very dense. Ideally, you should be able to cup the batter in your hand or comfortably spoon it onto the plate.

It is always recommended to use the short-grain parboiled rice to achieve the best results and the ratio of rice to lentils is usually 2:1. Non-iodized salts, like rock salt or Himalayan pink salt, are preferred as it does not hinder the fermentation process. Some other time-tested tips include the use of the wet grinder rather than the blender to grind the batter, and allowing it to ferment at least for six to eight hours.

That said, every home has its own tried and tasted recipe for the batter that usually stems from years of experience, trial-and-error, and some invaluable tips handed down. Most homes have their own little secret in making the idli more pillowy and this includes adding either a teaspoon of fenugreek seeds, a handful of flattened (beaten) rice, or even a fistful of sago pearls. All in all, the preparation for this steamed delicacy is a blend of science and art!

Given India’s diversity, the idli too takes on myriad forms whether in shape or in the way it is prepared. While some fancy pouring the batter onto a plate, calling it thate idli, children love the mini idli, which is essentially miniature in size. Then, you have the masala idli where the batter is mixed with coarsely crushed pepper, asafoetida, finely chopped coconut, carrots, and chilies to give a healthier twist to the dish. It is also a hack to make the idli more flavourful once the batter begins to get a bit old and sour! 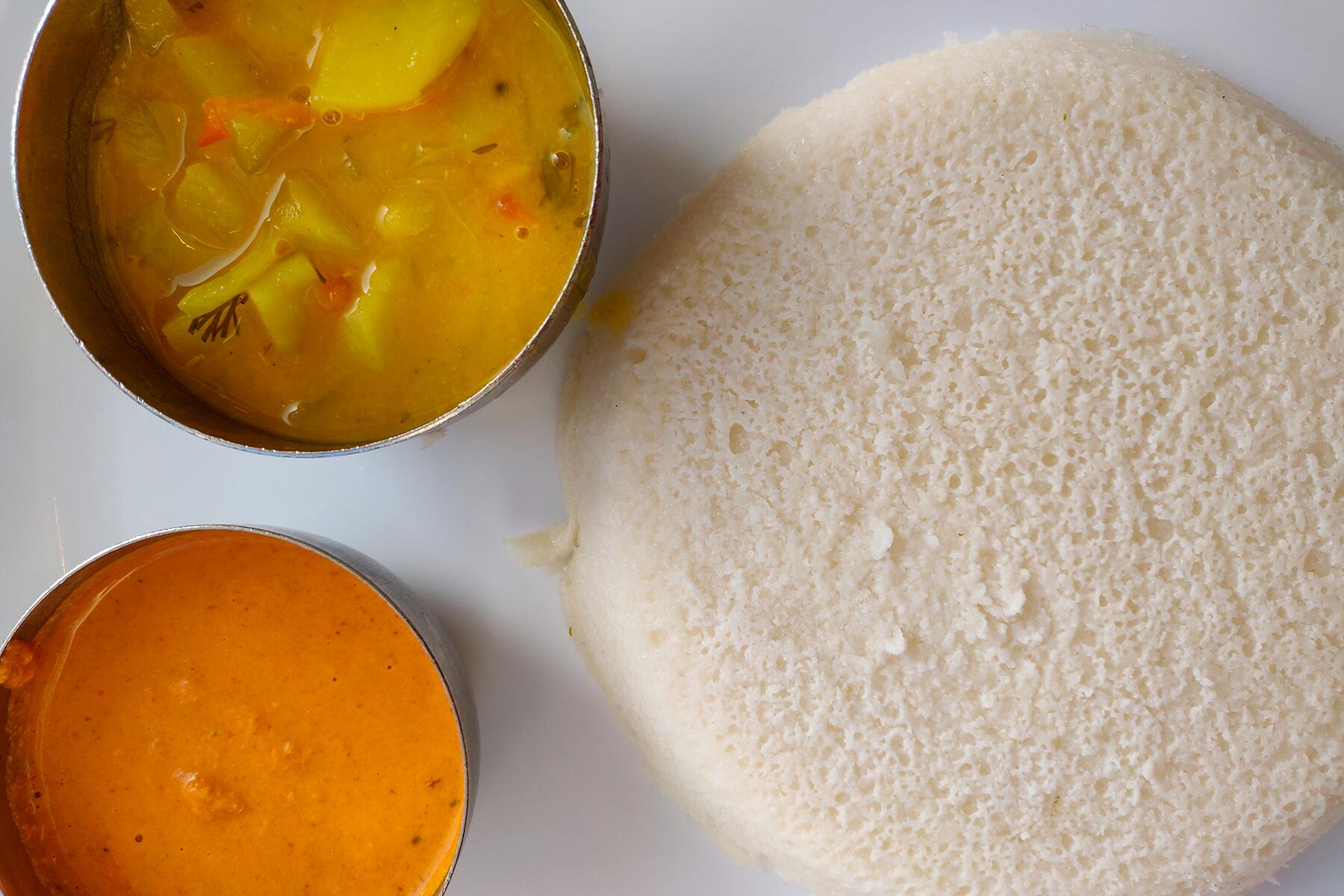 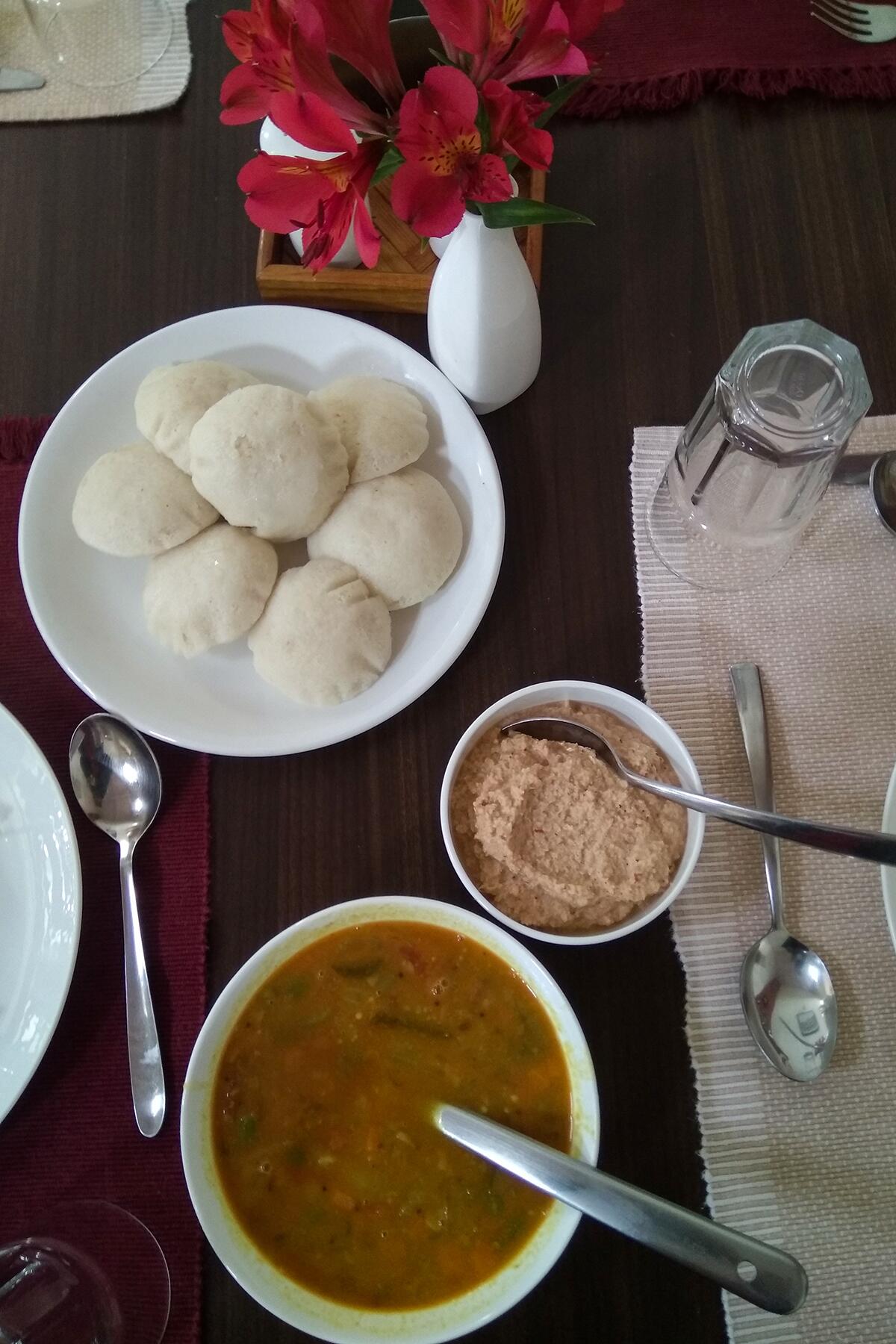 Among the variations, the rawa idli and Ramassery idli deserve special mention. The former was invented by Mavalli Tiffin Room (MTR) in Bangalore during the time of World War II when there was an acute shortage of rice. This one is quickly prepared with semolina and curd and then topped with seasoning and cashews. The Ramaserri idli traces its origin to the village of Ramassery in Kerala, with only four families having the heirloom recipe. It is flat, made from a native variety of rice, and cooked on an inverted muslin-covered terracotta pot.

Idli is also the food of the Gods and it is considered an auspicious offering to Lord Ganesha in some temples in coastal Karnataka. Locally referred to as Moode or Kotte Kadabu, they are denser in texture, made from idli rava (semolina), and steamed in molds made from screw pine leaves and sometimes jackfruit leaves (which lends a distinct aroma). The Kanchipuram idli is another popular offering at the Varadaraja Perumal Temple in Kanchipuram, Tamil Nadu. The batter is spiced with cumin, pepper, and curry leaves, and is steamed in bamboo baskets lined with Manthrai leaves, which gives it a woody flavor.

As an ode to this dish that has traveled from homes to highways, from temples to towns, from roadside eateries to swanky restaurants, and now even space (idli is on the menu of India’s Gaganyaan mission, its first-ever manned mission to space), March 30 is celebrated as World Idli Day every year since 2015, but every day is a good day for an idli breakfast.