This is the ultimate Beatles nirvana.

Each year, thousands of visitors come from all around the world to Rishikesh, a spiritual city at the foothills of the Himalayas in India to practice yoga and meditate at the banks of the Ganges River. Yoga and meditation are the main draws here, with ashrams enticing yogis and those looking for an off-the-beaten path detox, but for music fans, there’s another reason to visit. 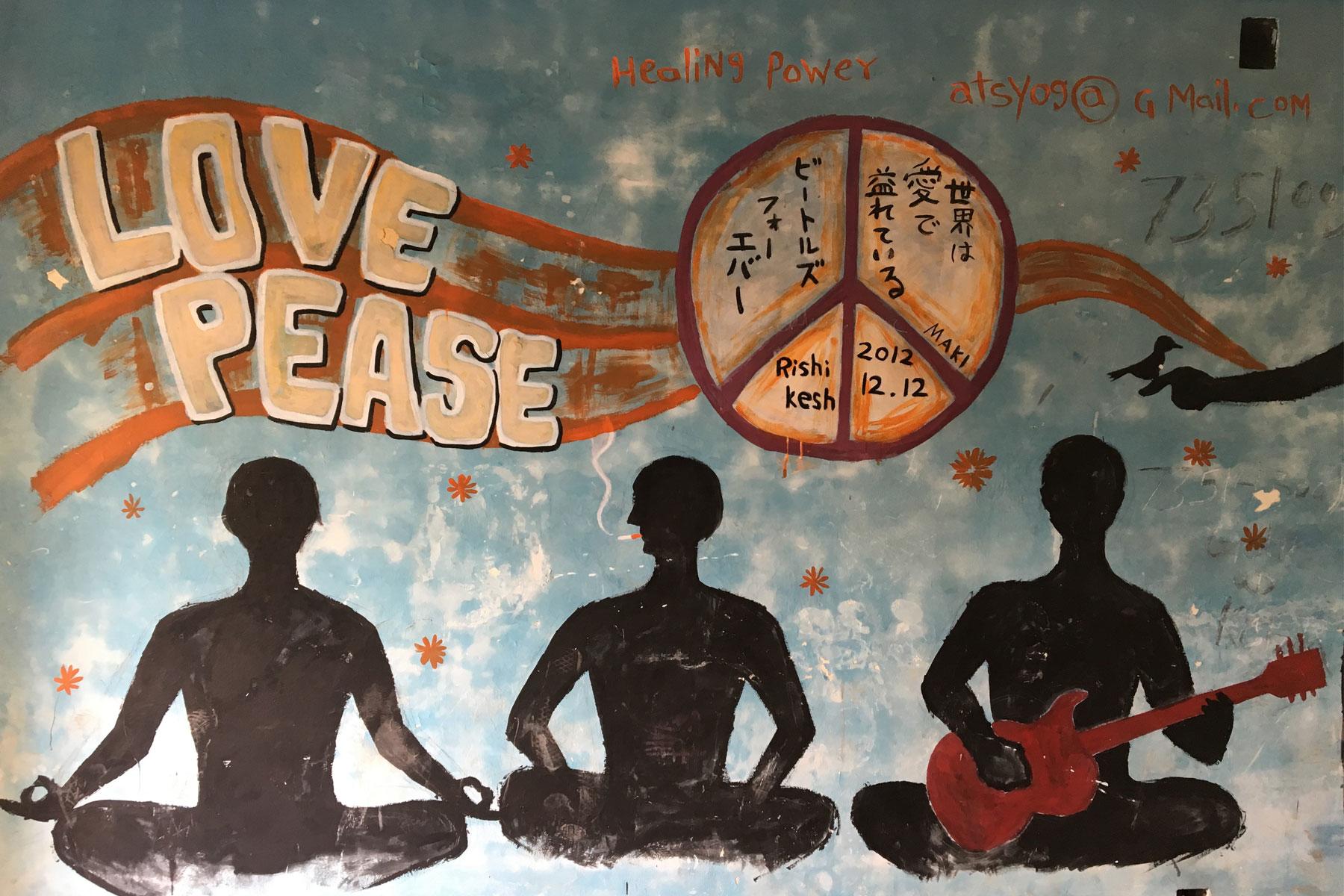 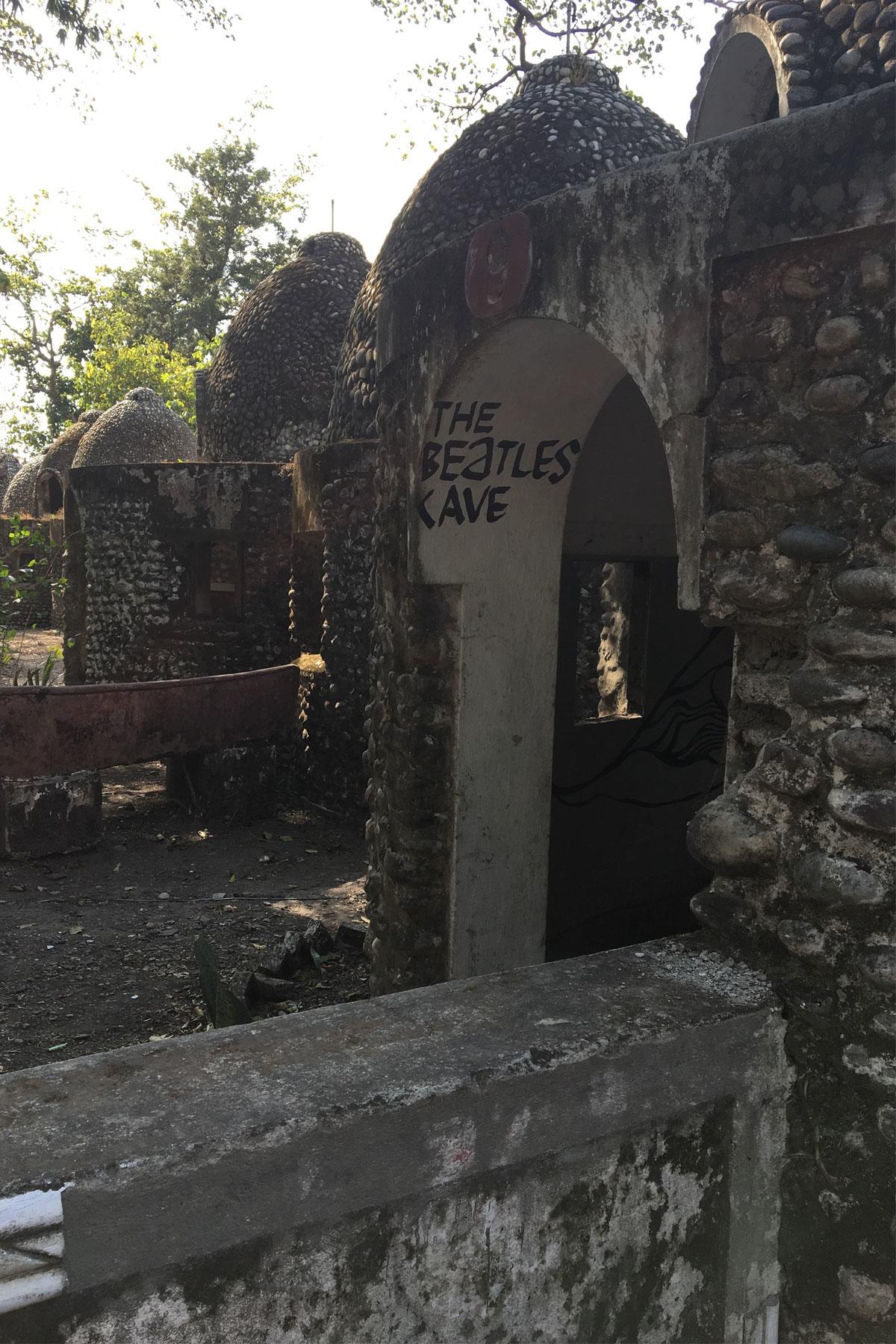 On February 16, 1968, The Beatles first came to Rishikesh to study with Maharishi Mahesh Yogi, the legendary guru who turned the band onto transcendental meditation.

During their stay in Rishikesh, the band wrote more than 40 songs, many of which would later appear on the acclaimed White Album and Abbey Road. 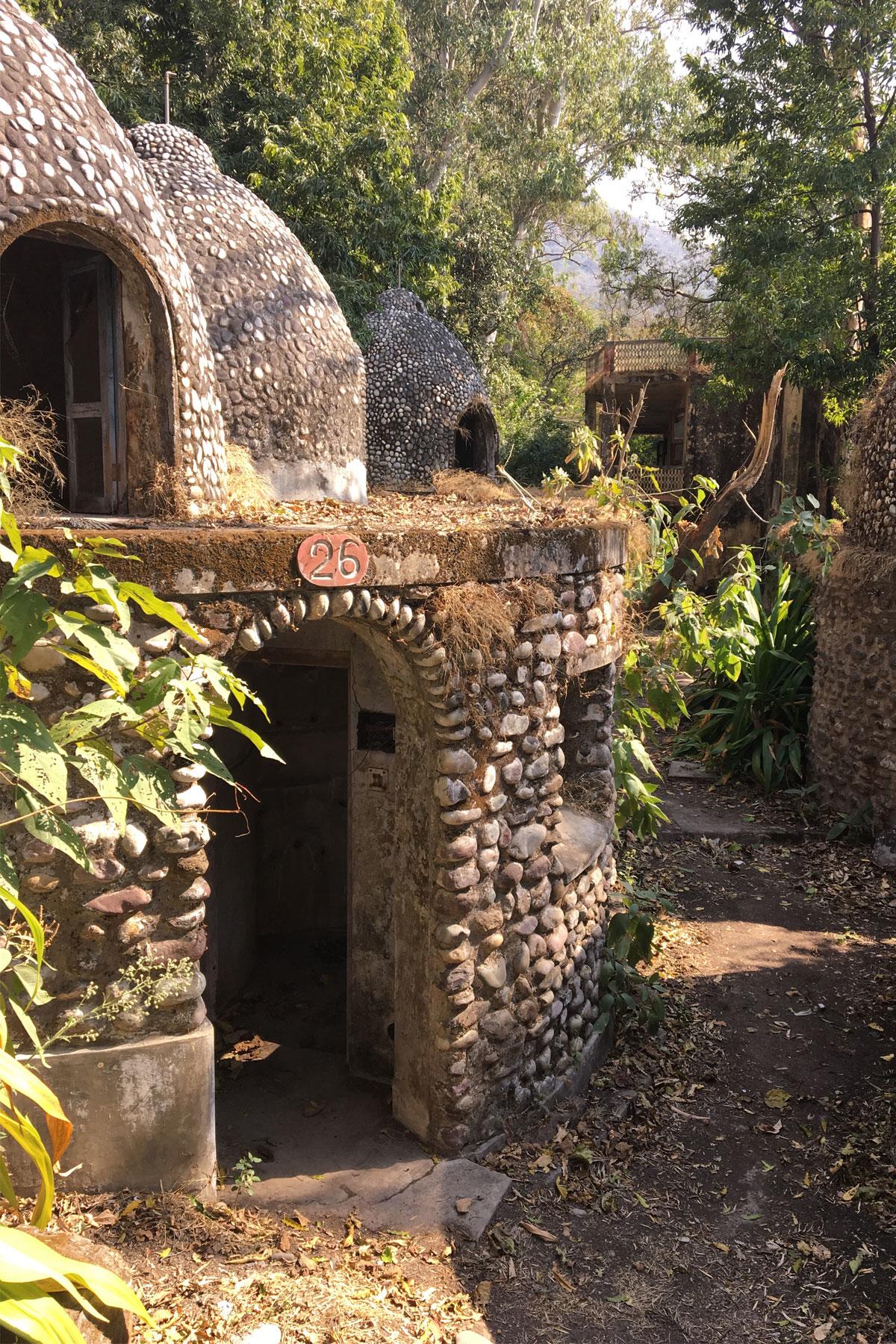 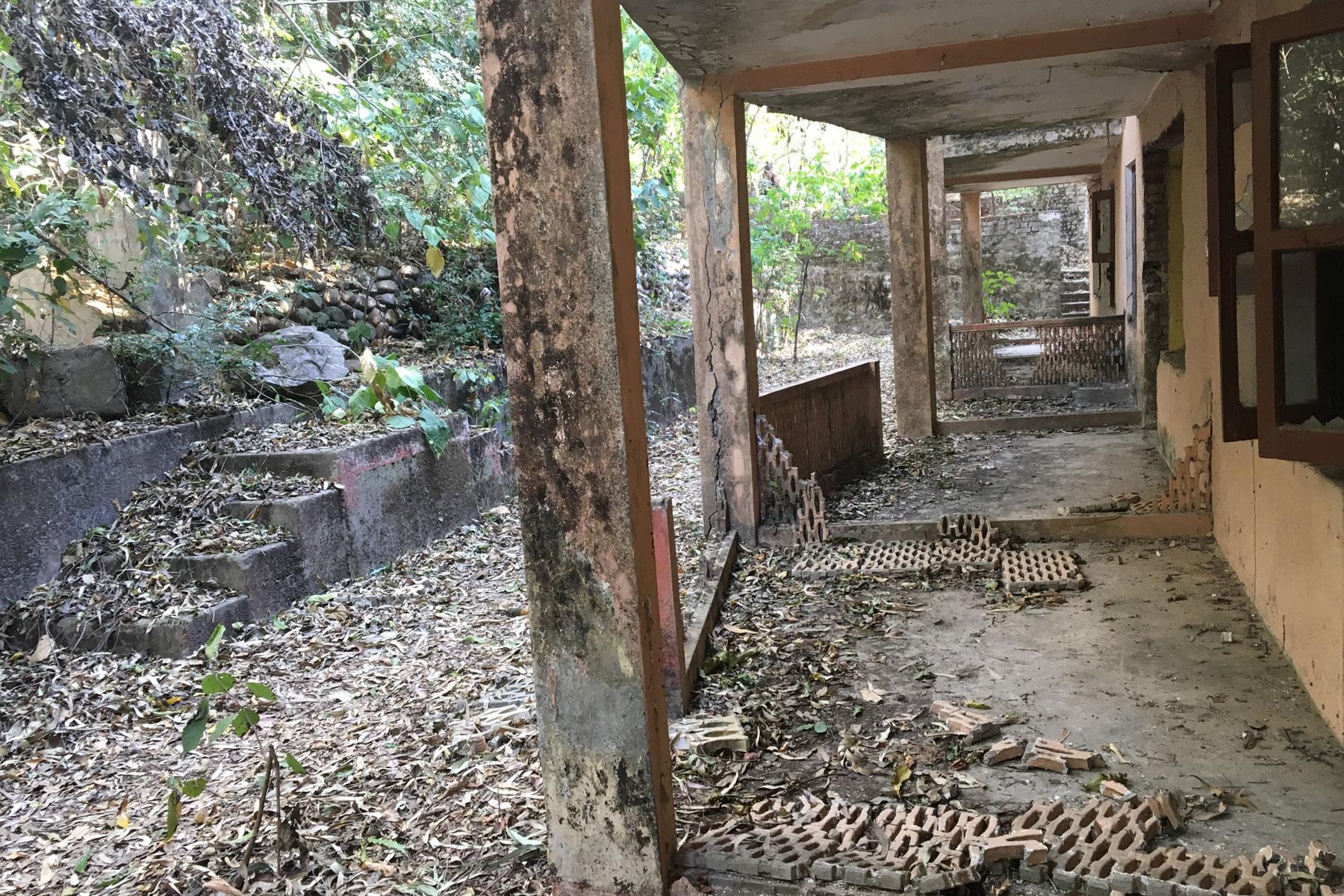 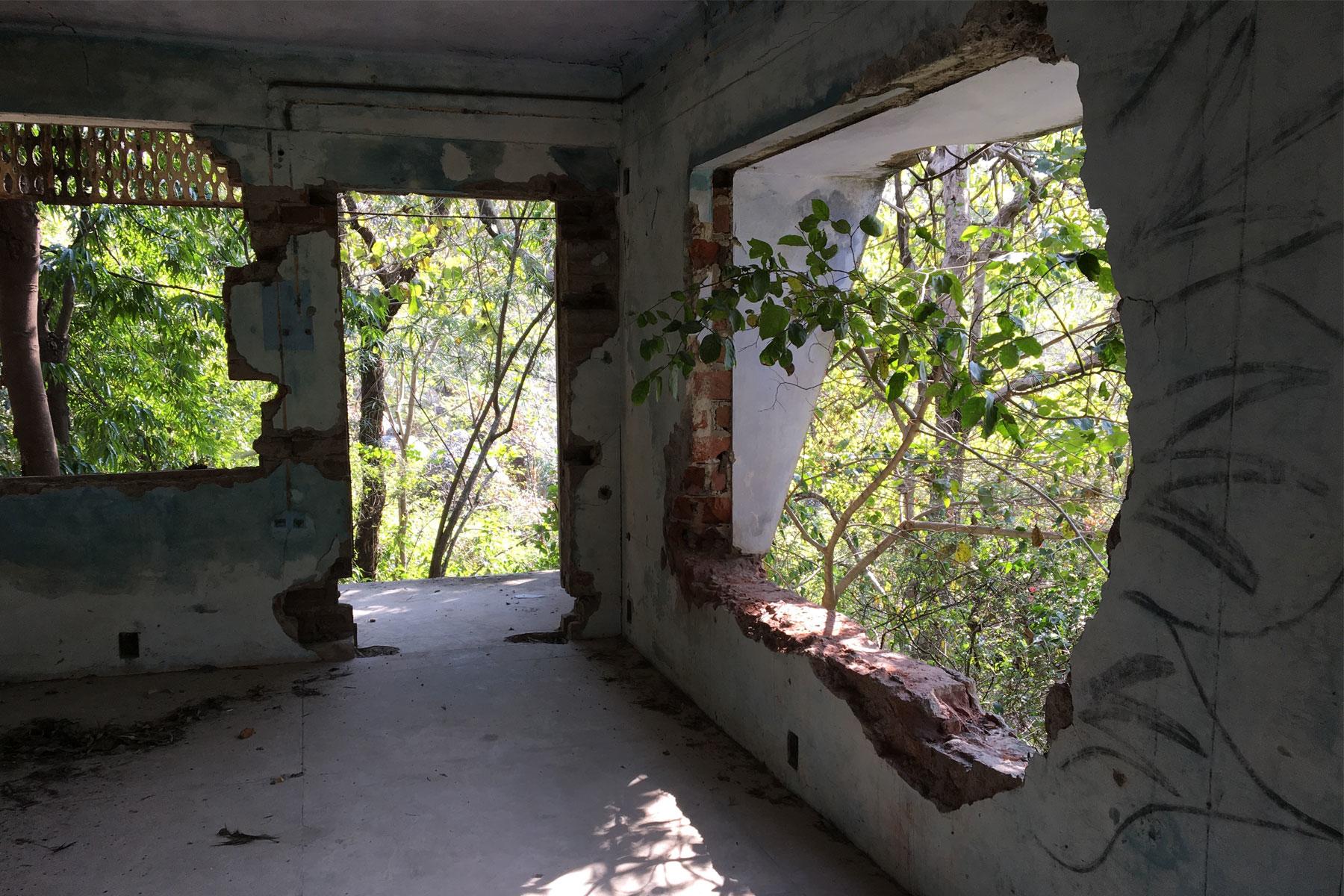 The Chaurasi Kutia (a.k.a. The Beatle’s Ashram) officially closed in 1983 and sat abandoned for decades after the Rajaji National Park took charge of the area, making it a part of the Rajaji Tiger Reserve. In 2012, two street artists, Pan Trinity Das and Kyrie Maezumi, snuck in to the off-limits area and began painting a large series of murals on the walls of the former ashram, turning the once forsaken ashram into a colorful homage to the band and their music. 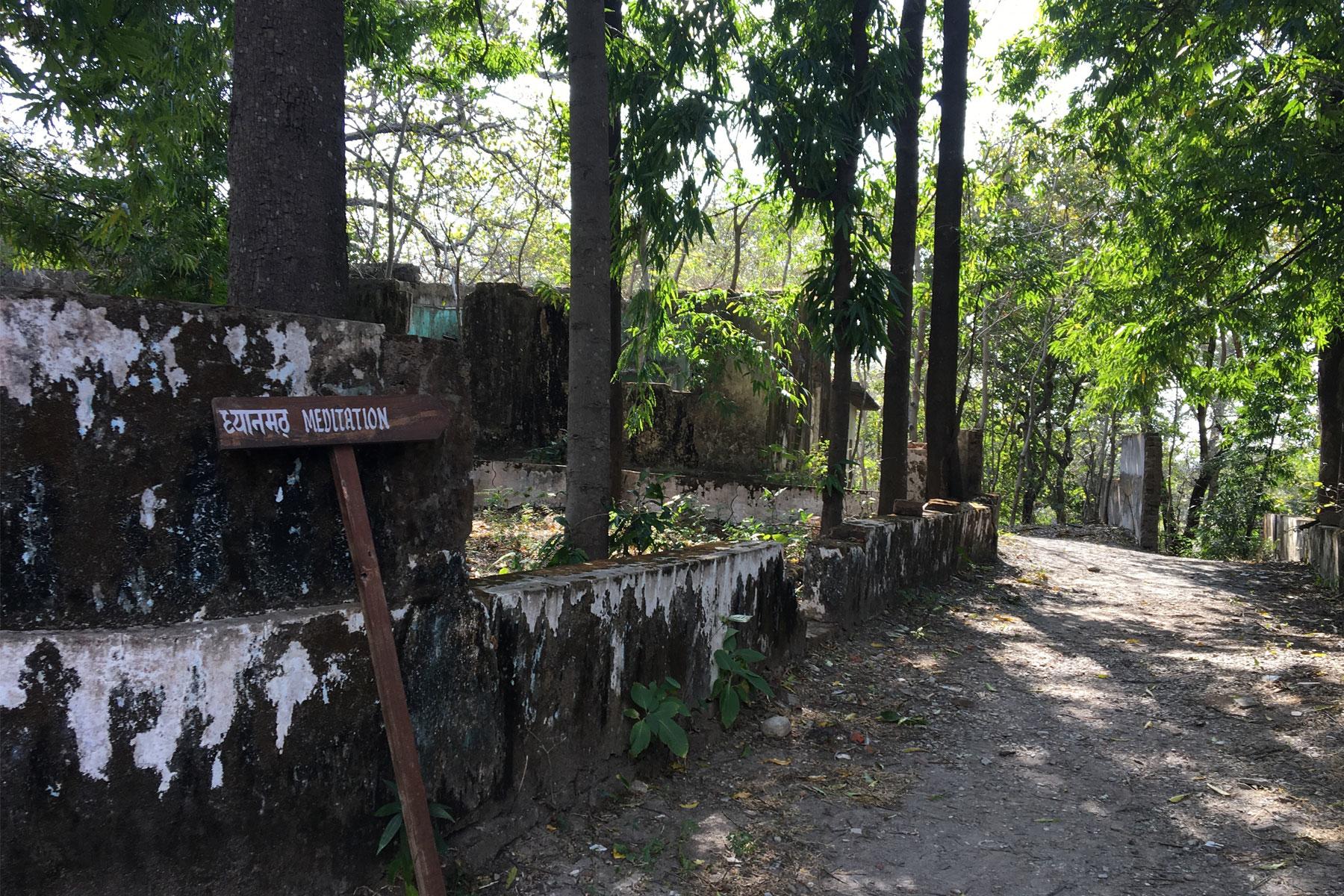 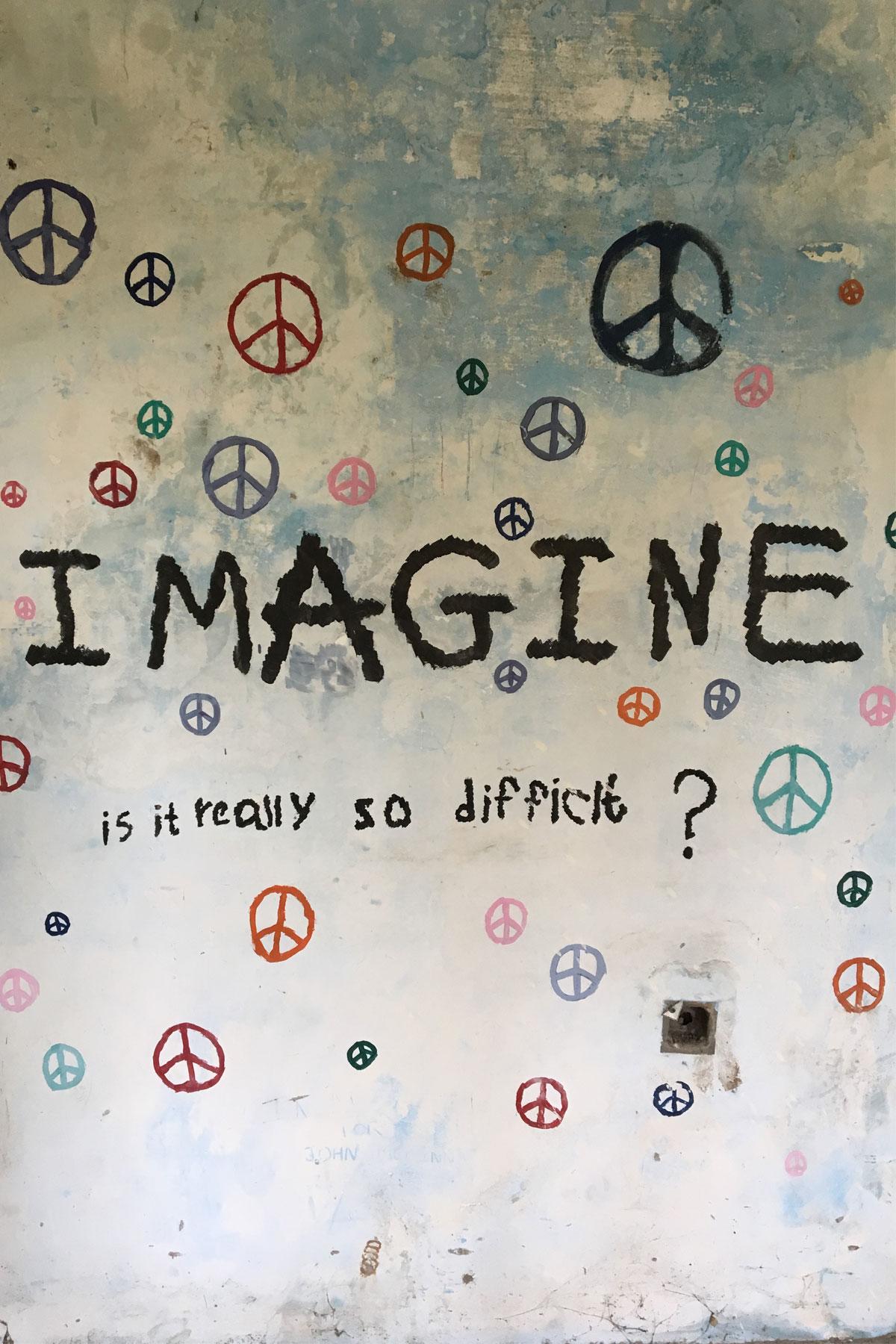 “When it was closed from 1983-2015, many people from around the world came here and entered without authorization to perform meditation and yoga or just to feel the spirituality,” says Krishna, a nature guide at the Rajaji Tiger Reserve. “It was these types of incidences that made us realize the heritage as well as spiritual value of the place, so we decided to reopen in a legal way that wouldn’t disturb its natural value as a Tiger Reserve.” 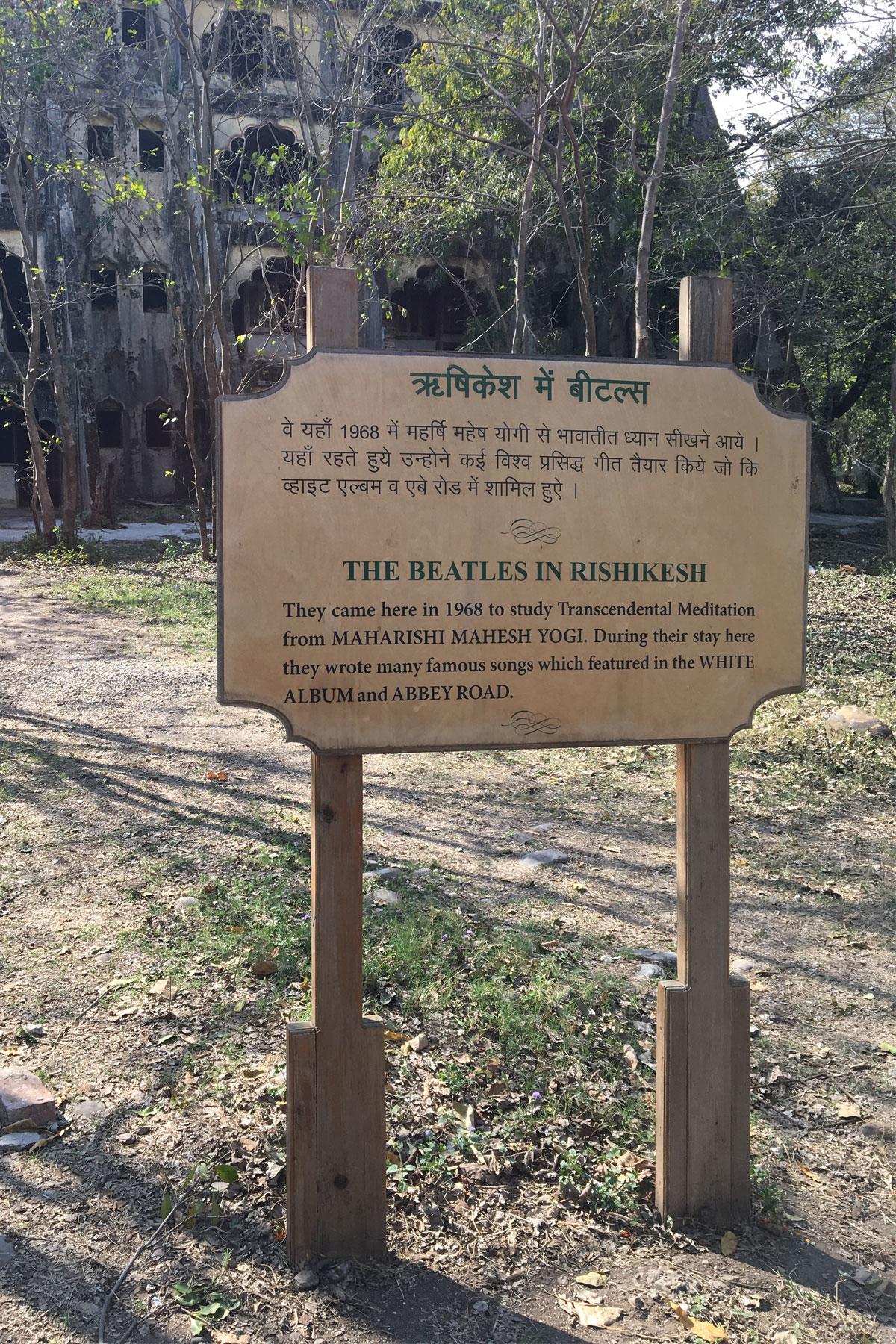 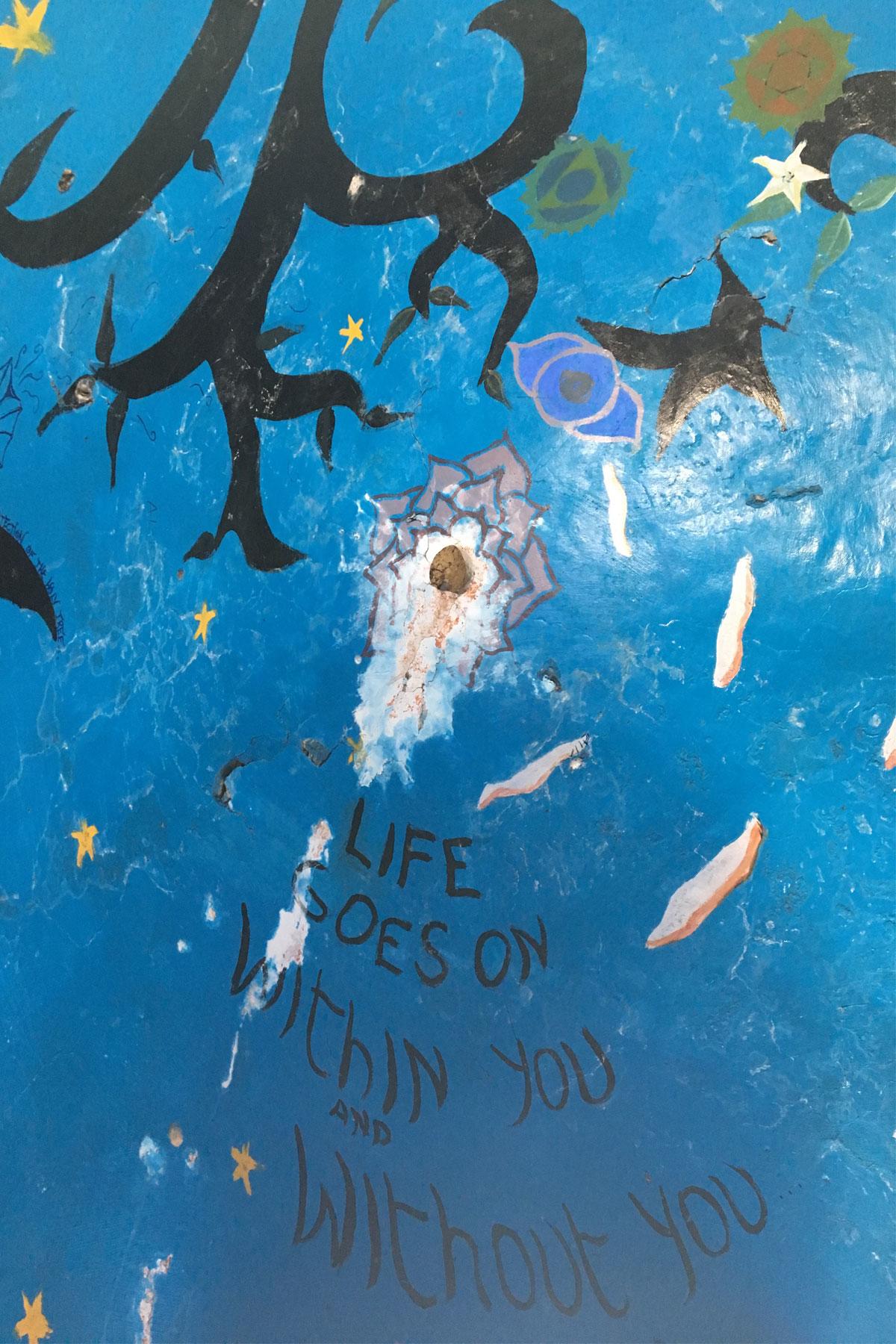 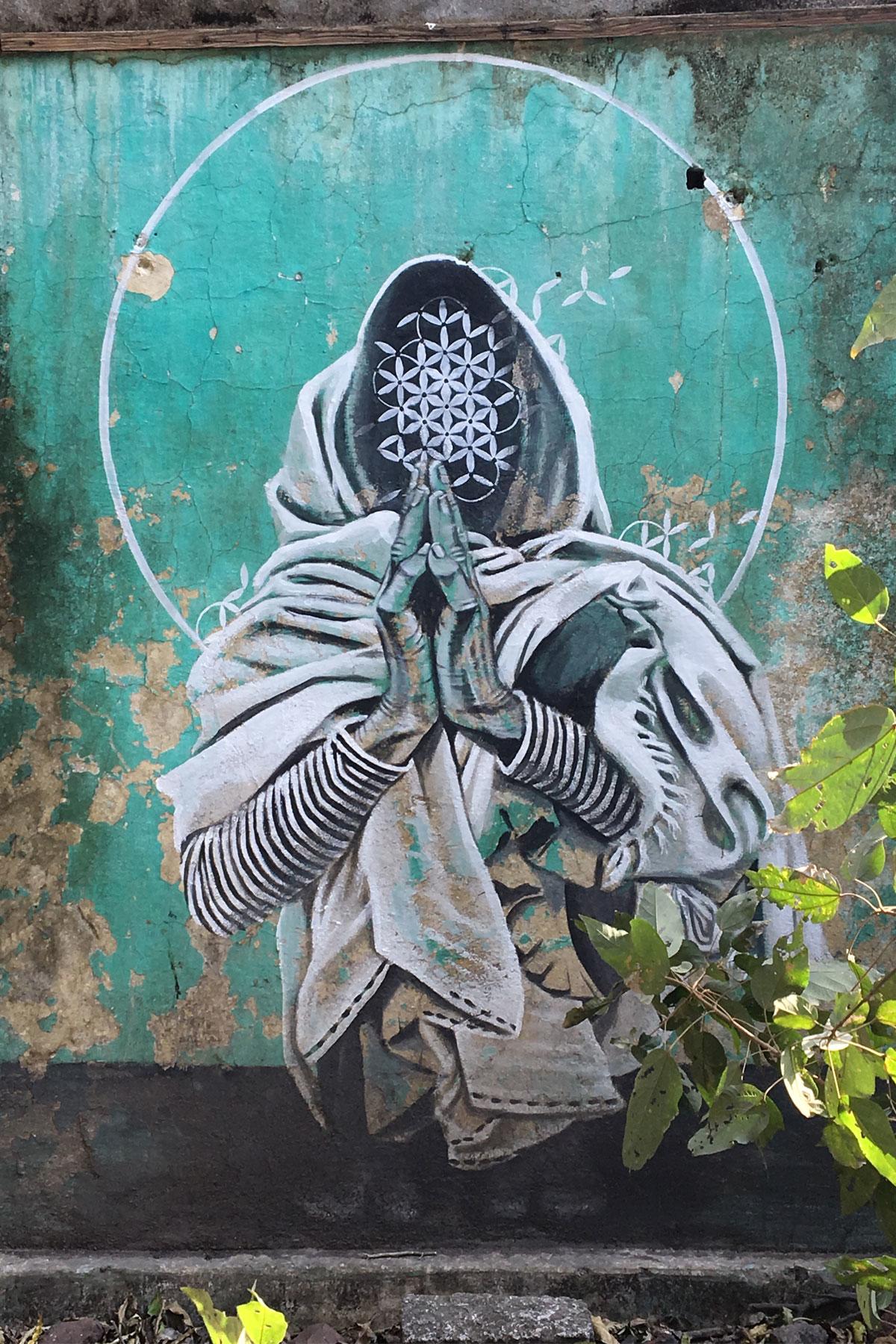 The ashram reopened to visitors in December of 2015, and welcomed a team of street artists—including Das and Maezumi—back to the grounds to finish the work they began years earlier. Today, the ashram is opened to visitors every day between November 15 and June 15 from 9 a.m. until 4 p.m., for a fee of 600 rupees (roughly $10) that allows foreign tourists to walk the grounds and explore one of the most powerful graffiti tributes in the world. 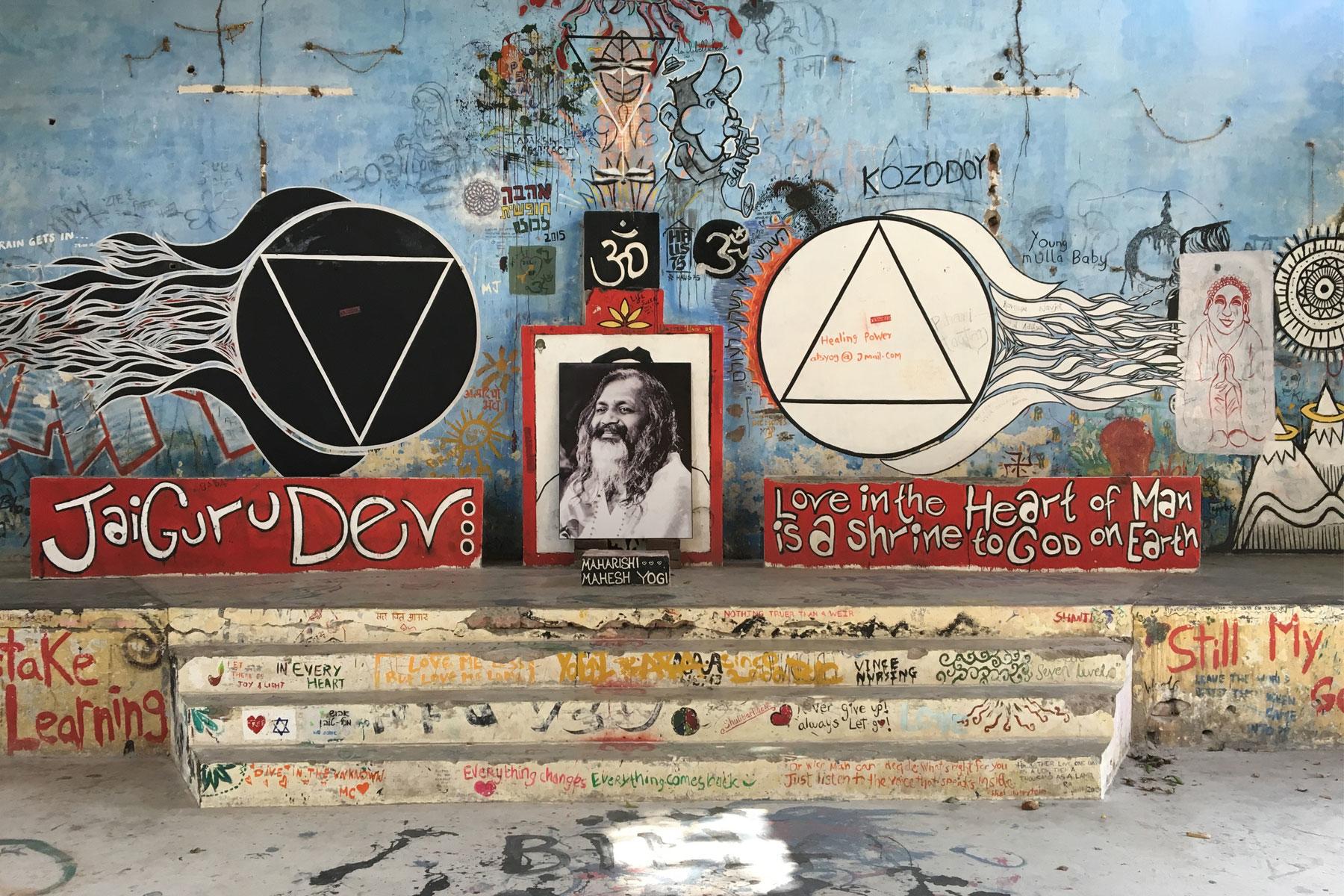 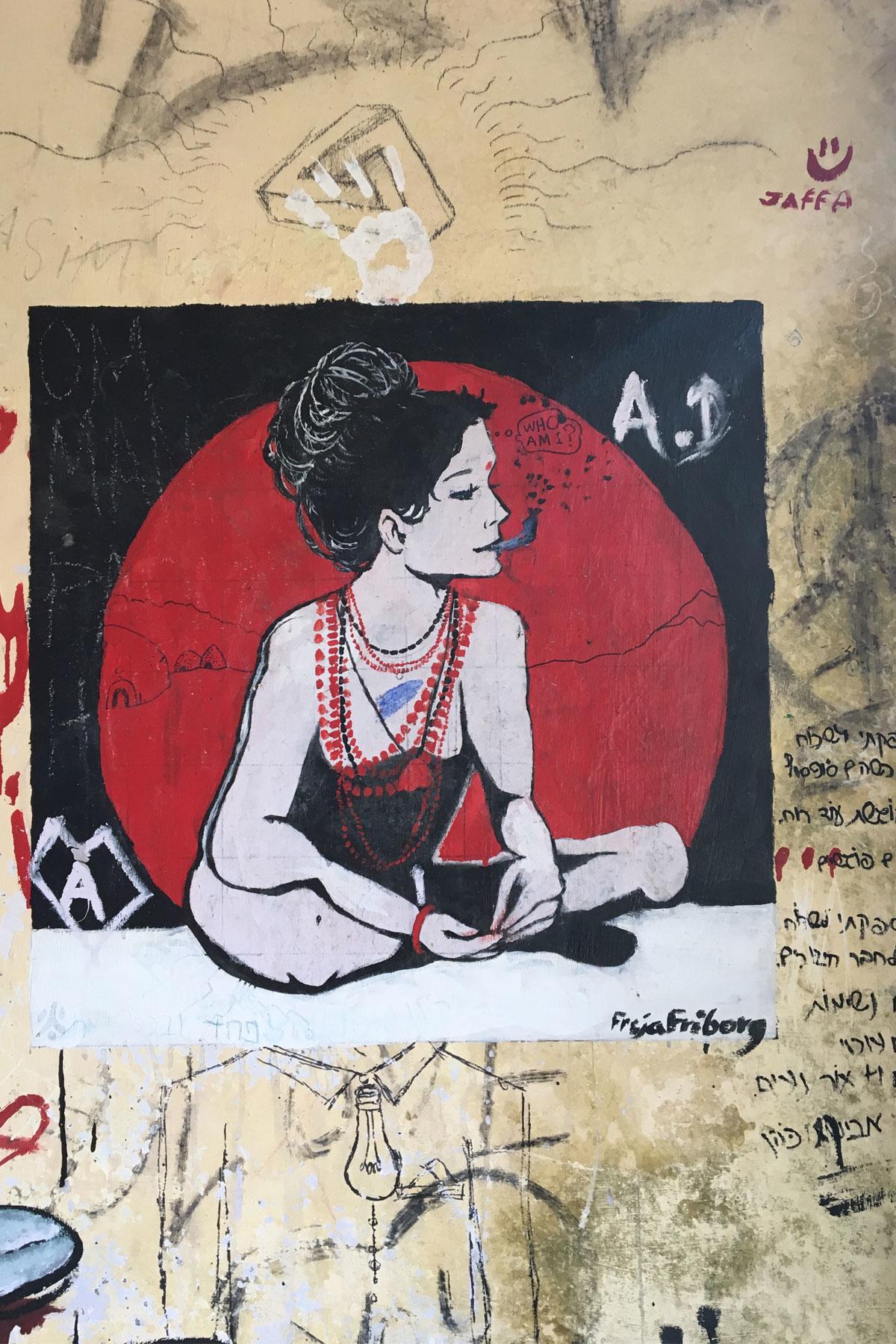 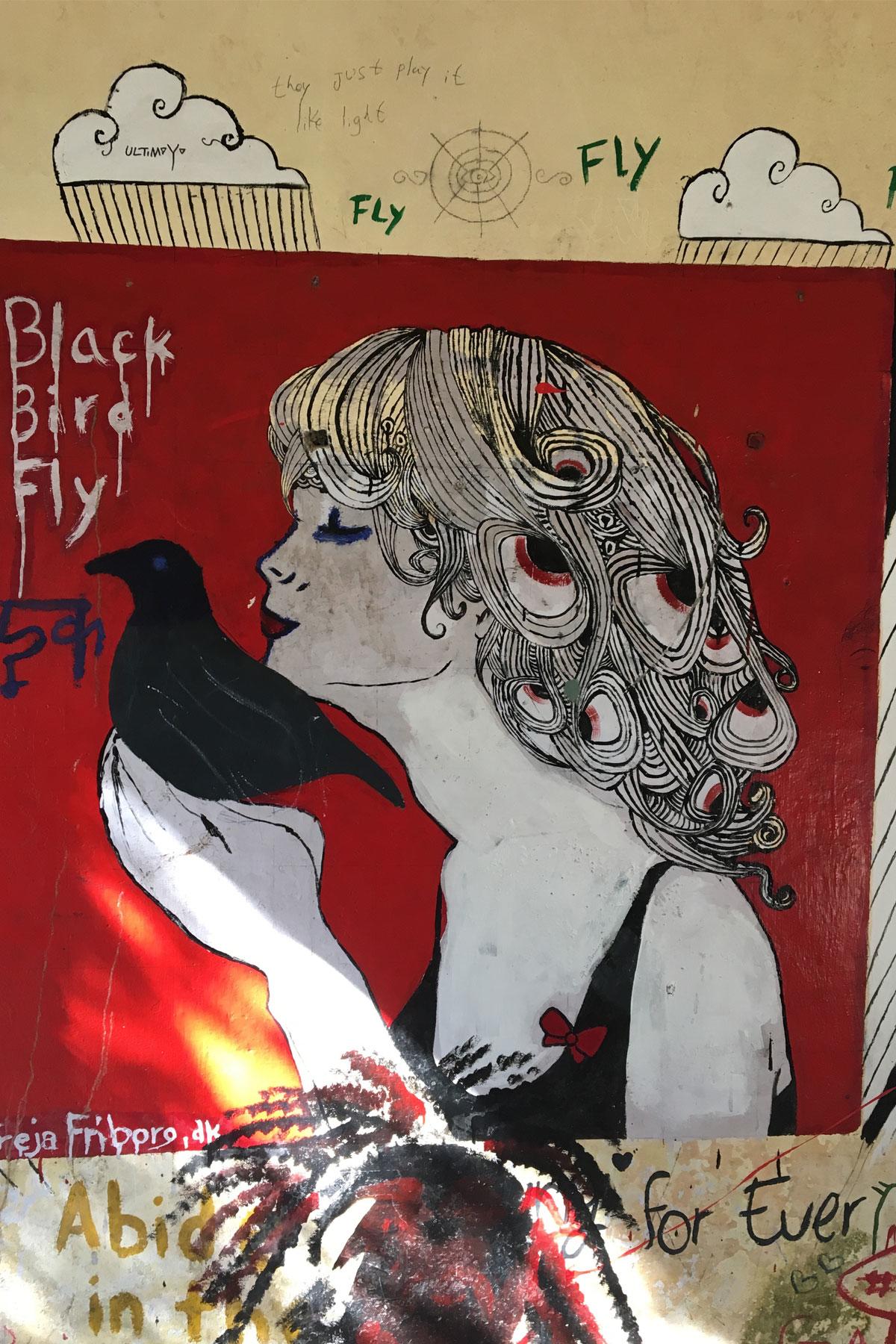 A 20-minute walk from town on a dusty road, the ashram sits in the middle of an overgrown forest. Despite the ashram’s historical significance (for Beatle’s fans at least), it doesn’t get too many tourists throughout the day—you might even have the place to yourself.

“There has never been renovation work done,” Krishna explains of the quite literal grass roots tourist operation at the ashram. “We only cleared a path for tourists to be able to walk around. A lot of people don’t realize until they come that this place was a complete city at one time. It had its own post office, bank, and food processing units. People say that only salt was brought in from outside back then, and the rest they produced themselves.”

This year marks the 100-year anniversary of the birth of the Maharishi as well as the 50-year anniversary of the Beatles first visit to the ashram, and, as such, many fans have lobbied to breathe new life back into the ashram in time for the dual anniversaries. Plans to open up a hotel in the Maharishi’s former residence or renovate the meditation huts where Prudence Farrow once spent several days in meditation (a bout of spiritual solitude that led John Lennon to write a song for her urging her to “come out to play”), but none have passed.

For now, the ashram remains in ruins. Many of the buildings are still standing, although none would meet IBC building standards. Entire walls have fallen off in parts of the old hotel that now allow the forest to grow inside. What few windows remain in the meditation huts are missing entire panels of glass, so the sound of monkeys and rushing water from the Ganges River floods the small spaces. The grand “cathedral” that once housed workshops on transcendental meditation now stands as an artistic shrine to the memory of the Maharishi and the impact his work had on the Beatles music. 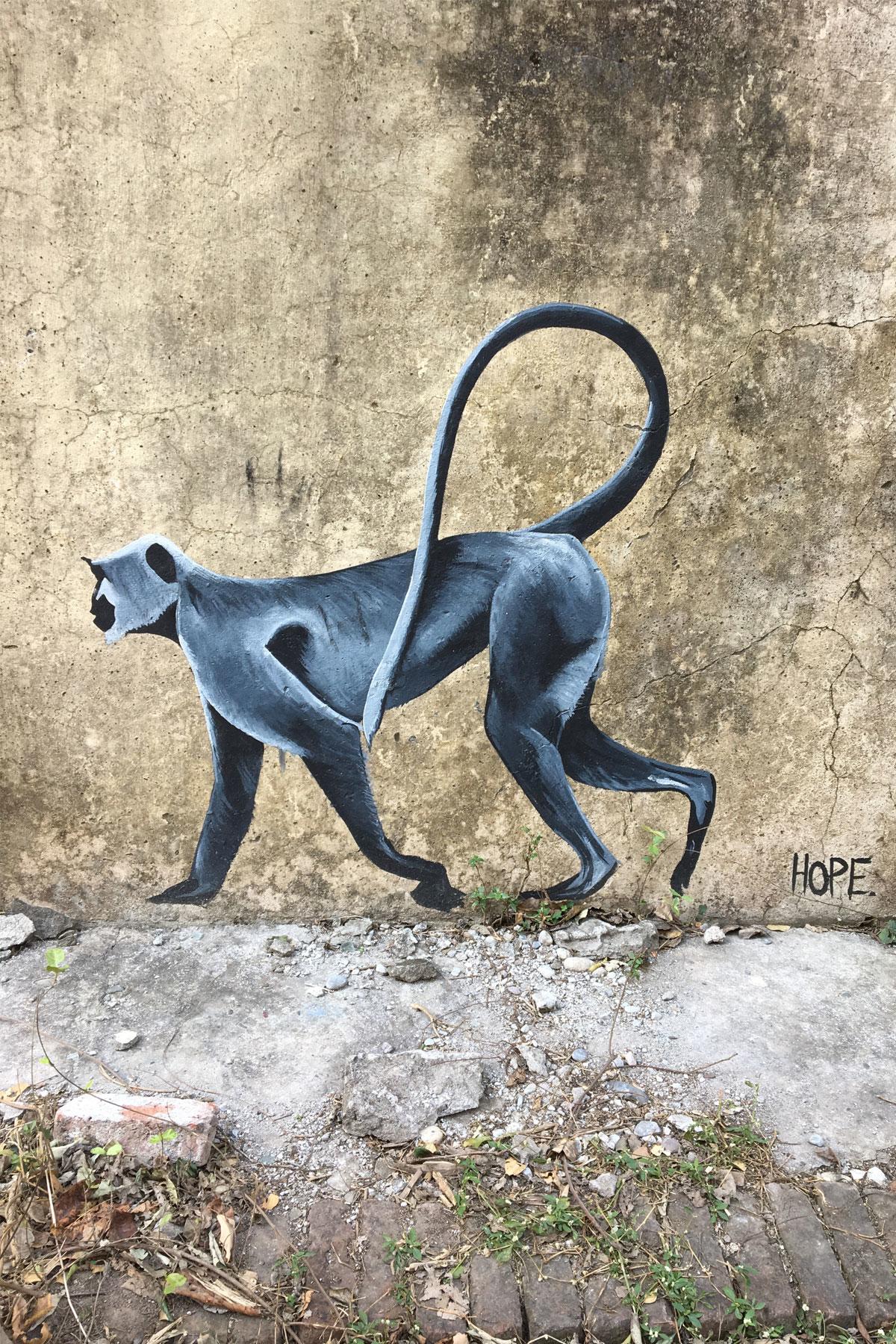 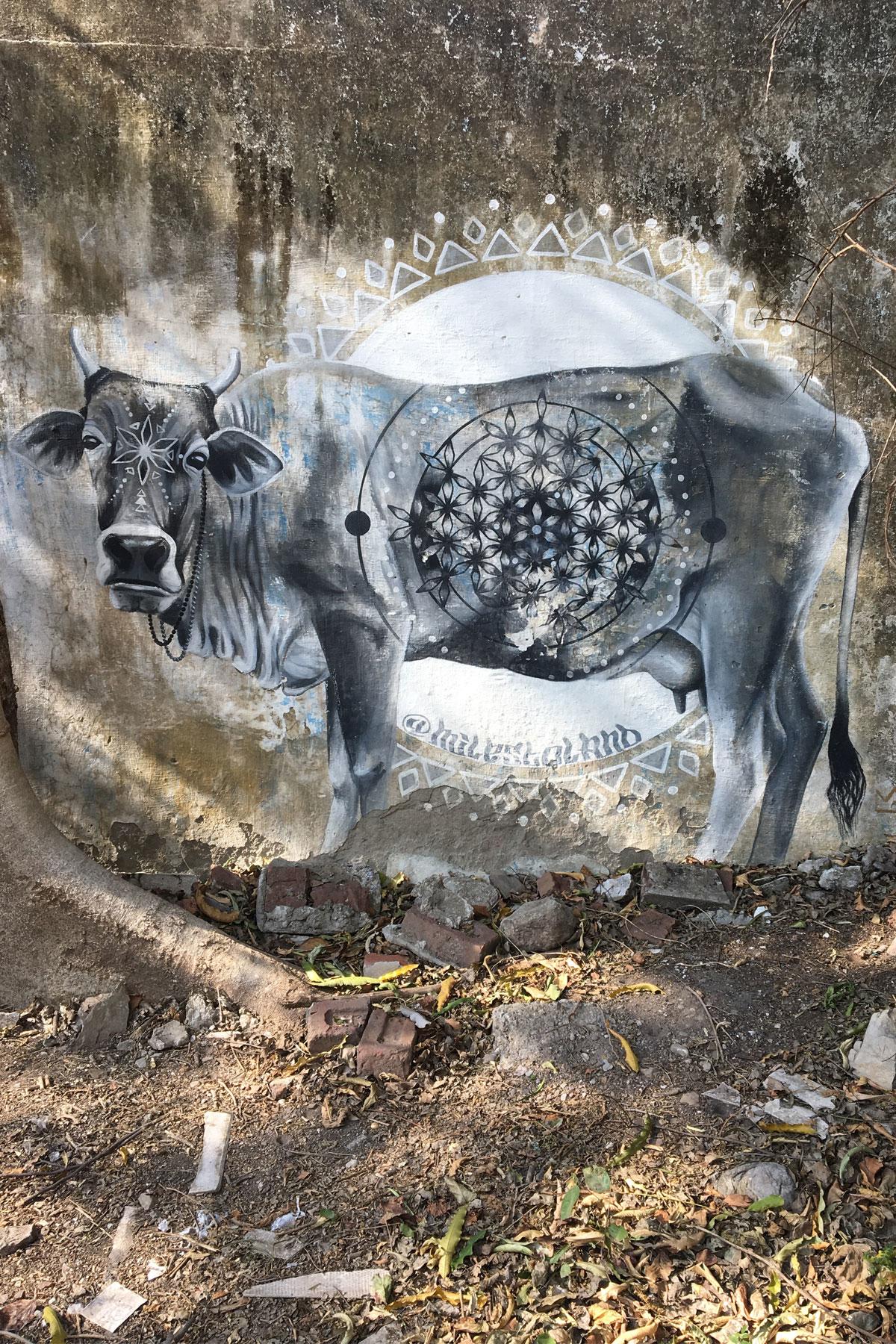 Yet, with all the decay, it’s hard to imagine the place ever being more beautiful than it is today, 50 years later and halfway demolished. On the outside, the buildings stand as a stark reminder of nature reclaiming what once was, while on the inside, the unbound creativity of the graffiti points to a deeper journey of finding beauty within.