Cultural appreciation does not stop at showcasing grand images adorning another's customs but choosing to actively learn about the cultural communities that exist back at home.

In the West, people often have very distinct tropes when traveling to China and its culture. It can either be seen as this supposed “magical” land of unknowns or as an opposing government that threatens our democracy. For me, China was neither of those. It represented the people I knew growing up in New York City, like one of my mother’s co-workers, or friends I met through my afterschool program. It was also represented through the abundance of Chinese restaurants scattered across the city, neighborhood establishments that had become staples of American culture.

Like African Americans, Chinese Americans are also a group of people whose traditions have been reduced to footnotes in American history textbooks. As a Black woman, I have had to actively seek out more information about my African heritage and the collective history of Black people in the United States. It wasn’t until I took the time to learn about Chinese culture as a college student of world history that I began to understand how rich and grand it truly is.

So I decided to visit. My hope was the trip to the country would give me a deeper perspective of the real China. Most international travelers begin their trip to China in the more popular destinations that present familiar images from television and media, cities like Beijing or landmarks like the Great Wall of China. My story takes place in Suzhou, one of the country’s smaller, lesser-known cities a short train ride from Shanghai. Over the course of a week, I allowed myself to become fully immersed in the culture of old and new in Suzhou. I had the opportunity to walk along the canals, weaving in and out of the tiny shops amongst its wide landscape, and do more to experience the everyday culture and what life looked like outside China’s major international city centers.

Outside of Shanghai, Suzhou is considered one of China’s smaller cities compared to its capital Beijing. However, Suzhou is still home to just over 10 million residents. For someone who had never been to the country prior, it presented a cursory glance at what Chinese culture looks like today—a blending of modern technological innovations and preservations of century-long cultural traditions. It’s home to the canals that inspired early explorers like Marco Polo, who details his sights in his documents on his travels to China, earning comparisons to Venice, Italy. Today, purveyors in the tech center in Asia see it as a hub for commercial production with luxury hotel chains to attract affluent business travelers.

The city is also most known for its beautiful gardens that serve as shrines to the city’s history and region. The Humble Administrator’s Garden and the Lingering Garden are among the most famous in Suzhou, hosting performances that showcase cultural heritage for visitors. The heritage sites attract thousands of visitors both domestically and internationally each year. The greenery has been meticulously maintained with trees and flowers blooming amongst the waves of tourists who wander down the concrete paths. They can admire the natural beauty all while learning about the history of the local Wu culture through its theatrical performances and traditional music dating back to the Zhou dynasty, as chronicled through poetry and folklore. Buddhism is deeply entwined in the local culture, and as visitors walk through the gardens and the grounds of its many temples, they may pass by grand structures depicting stories and scriptures that connect to Wu shamanism and folk religion. These temples stand next to a rich collection of museums housing historic artifacts showcasing the city’s history at the center of the silk trade, and as a haven for skilled craftsmen as well as scholars who chronicled the city’s ancient beginnings. 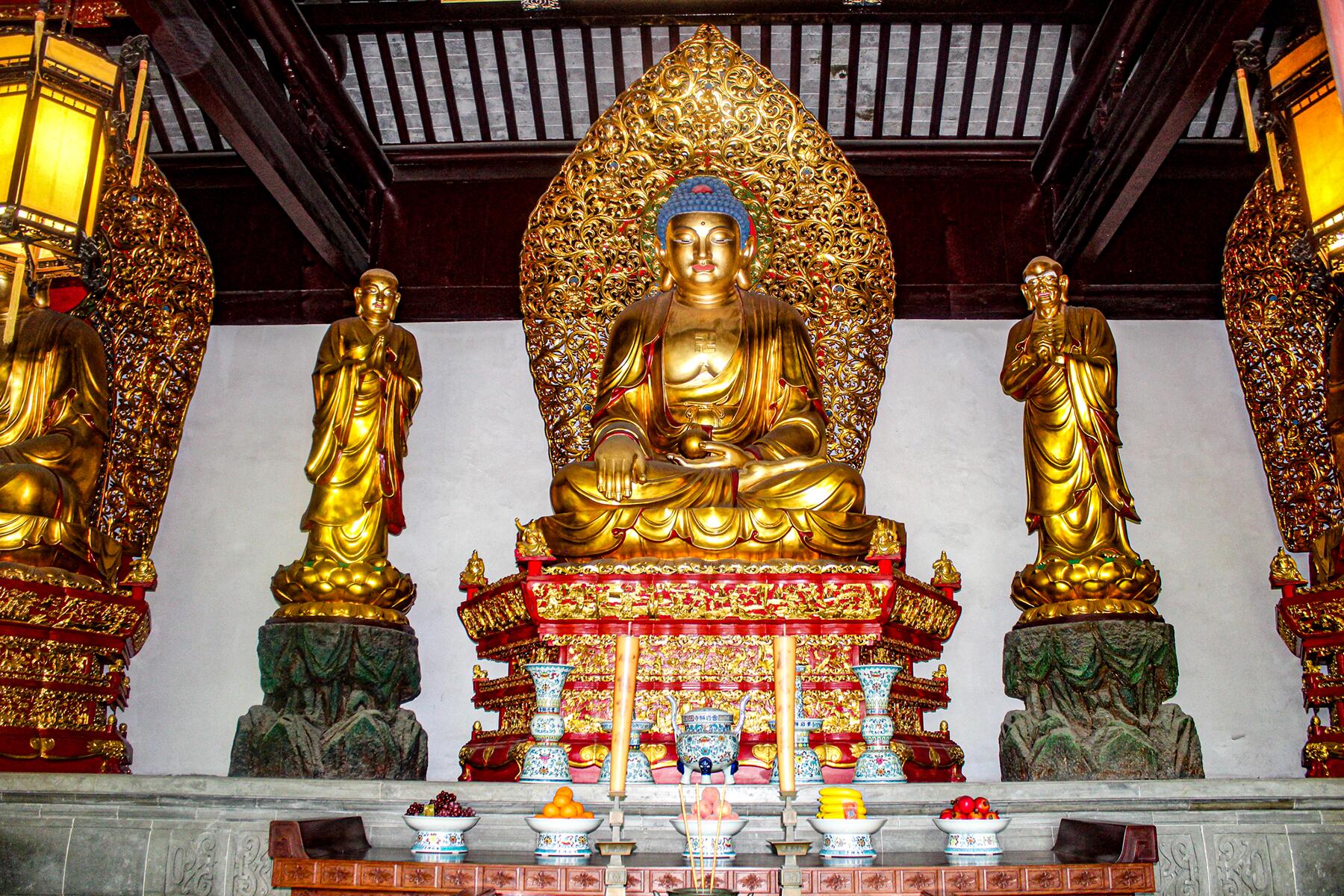 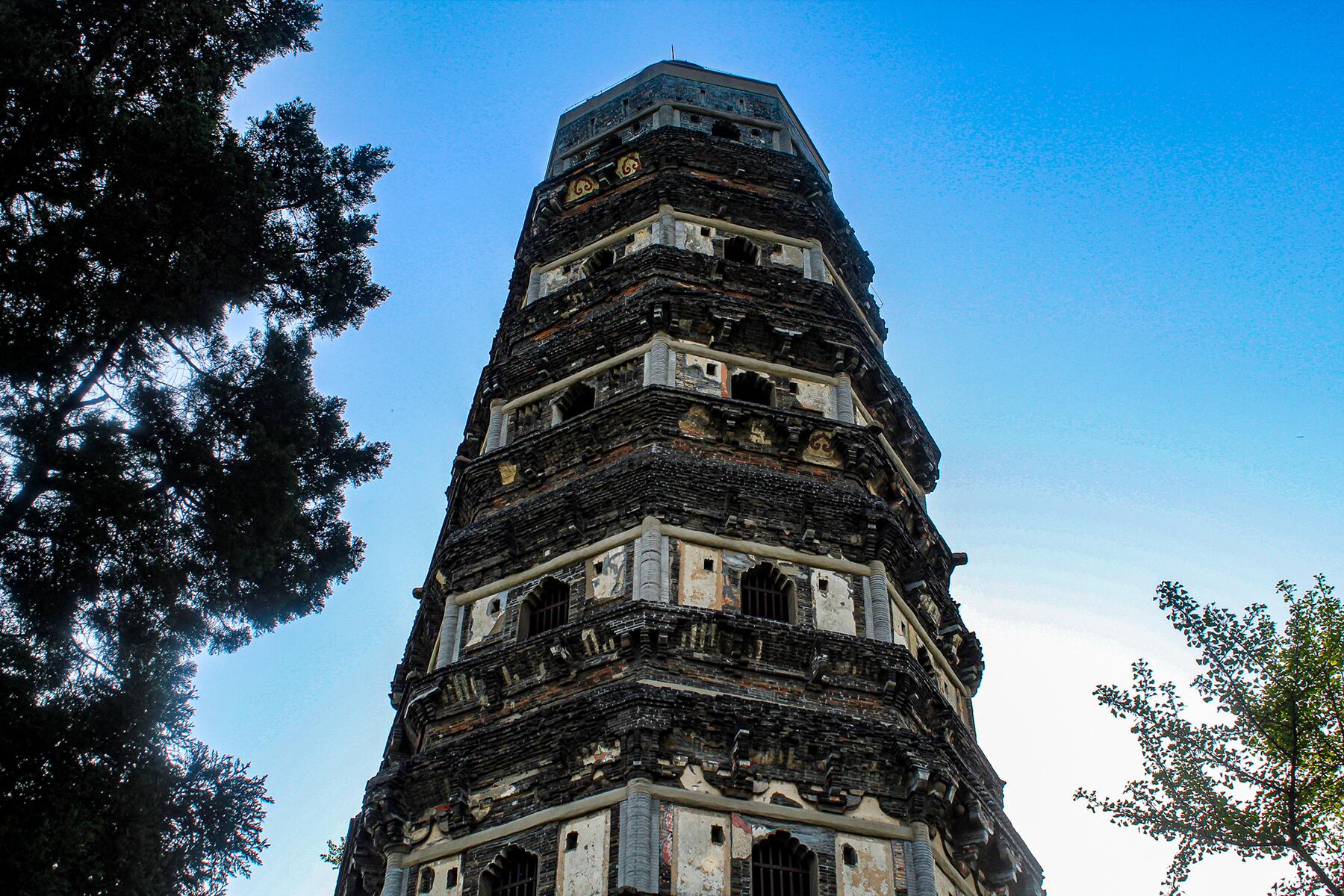 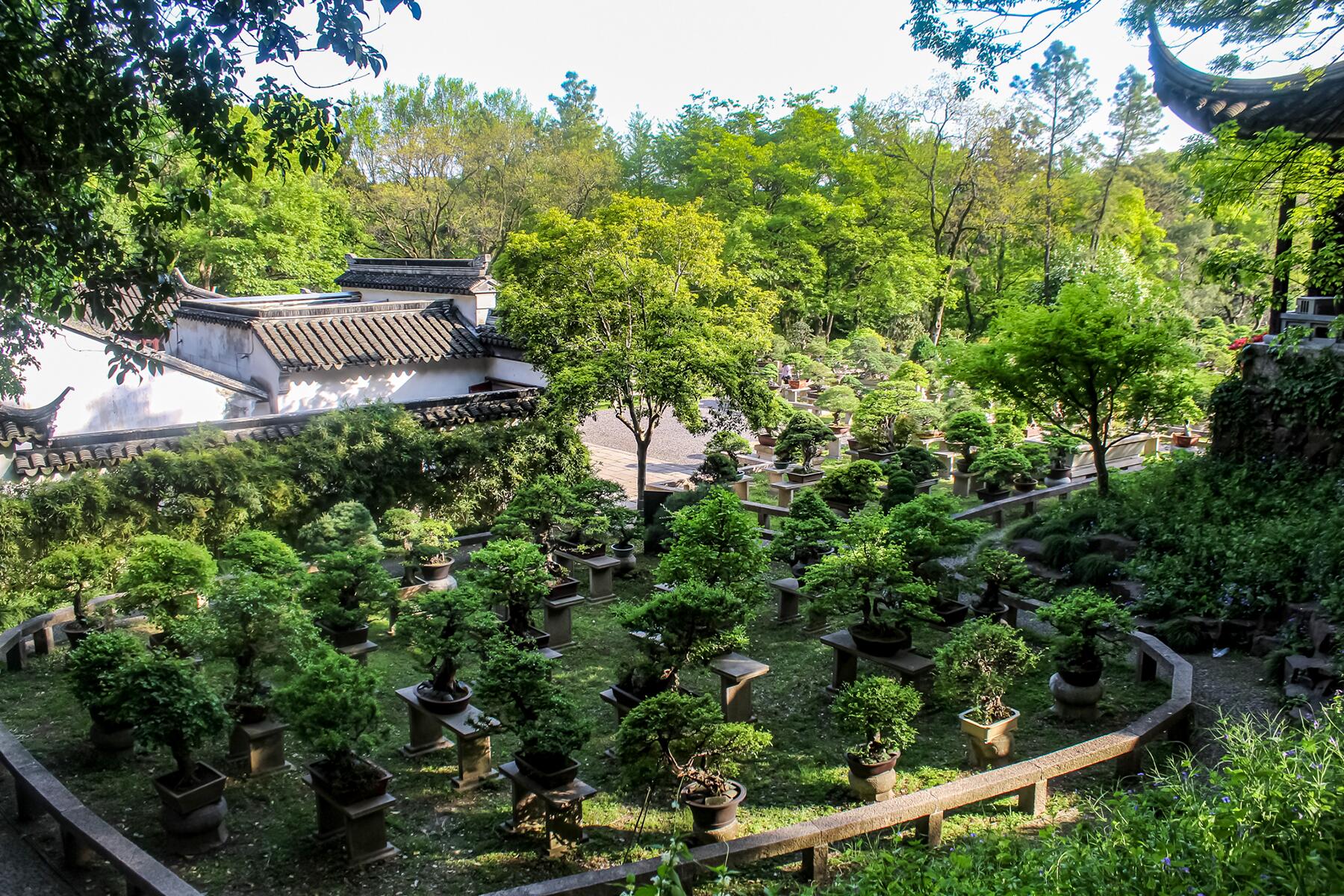 The structures across Suzhou preserve the city’s long and complex history the same way cities like Rome or Paris do–by maintaining centuries-old buildings located in residential neighborhoods. Its famous pagoda towers extending above its vibrant gardens are testament to the dedication to honoring their legacy and passing knowledge to future generations. And beyond the storied, historic architecture were also very modern and busy malls twice the size of anything close to my home, with an abundance of luxury shopping and Western brands for a new emerging class of Chinese consumers, and in proximity to luxury hotels. It was the perfect illustration of how the country is a blend of ancient traditions and modern innovation.

In all of these places, I found myself sticking out in almost any place I visited, not just as a foreigner, but as a Black woman with dark skin and coarse afro hair. While browsing in small shops, admiring their unique trinkets and souvenirs, I often found myself at the receiving end of a shy—or sometimes very eager—stranger looking to take my photo or simply just wave. Before my trip, I had seen countless videos and social media posts about the fascinations of Chinese residents and tourists gazing at Black travelers, specifically in areas farther from tourism hubs. We were curious about each other, and it showed in different ways, but there felt like an openness on both sides that allowed me to take in and deepen my experience. It allowed me to start new conversations that dared to tackle the strong language barriers that created sincere and memorable moments from friendly encounters with nervous families who welcomed me to their country with warm smiles. I had discussions with other young professionals I met during my time there whose stories gave me more insight into their everyday lives here. School-aged girls who eagerly wanted to practice their English with me during my time in Suzhou. 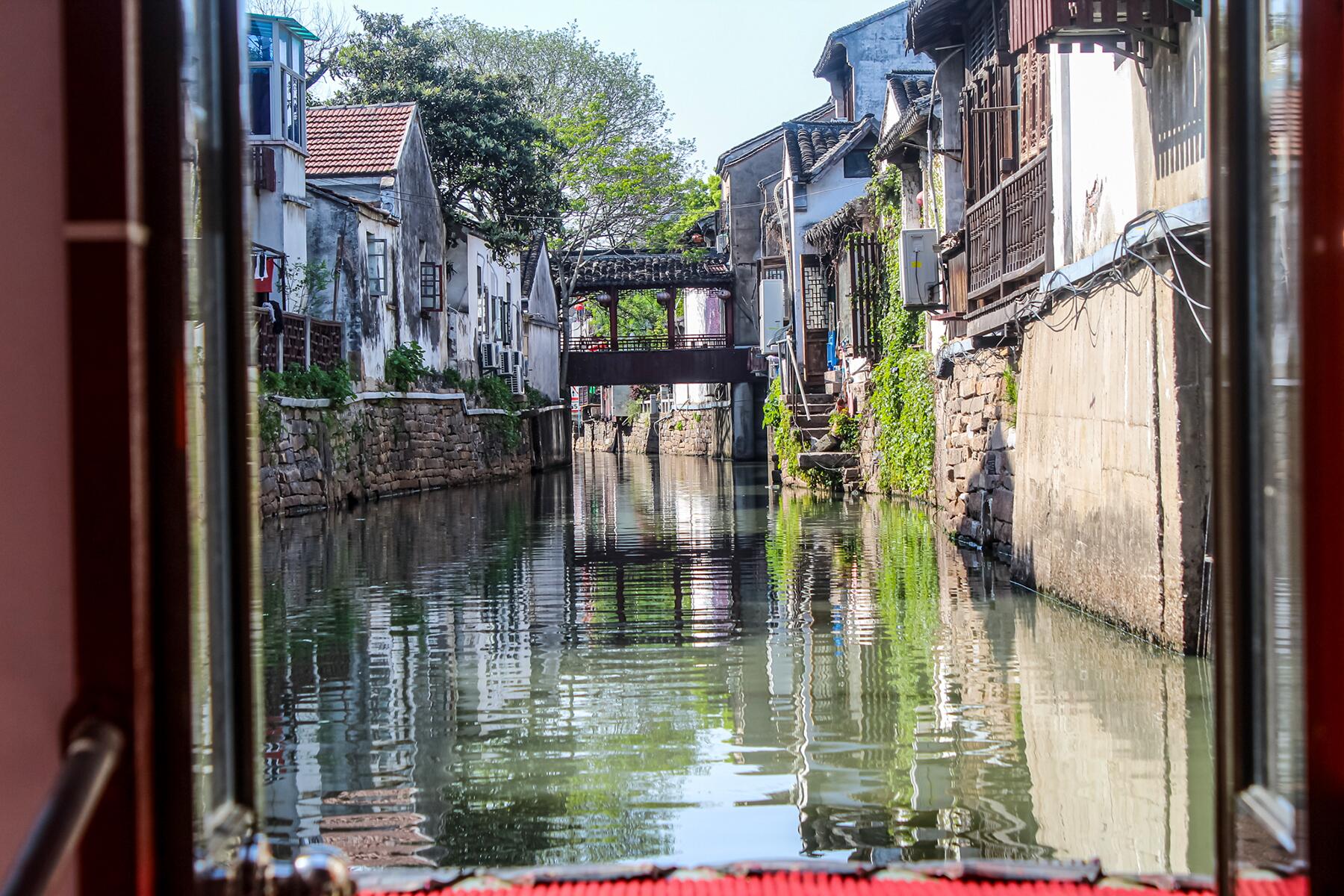 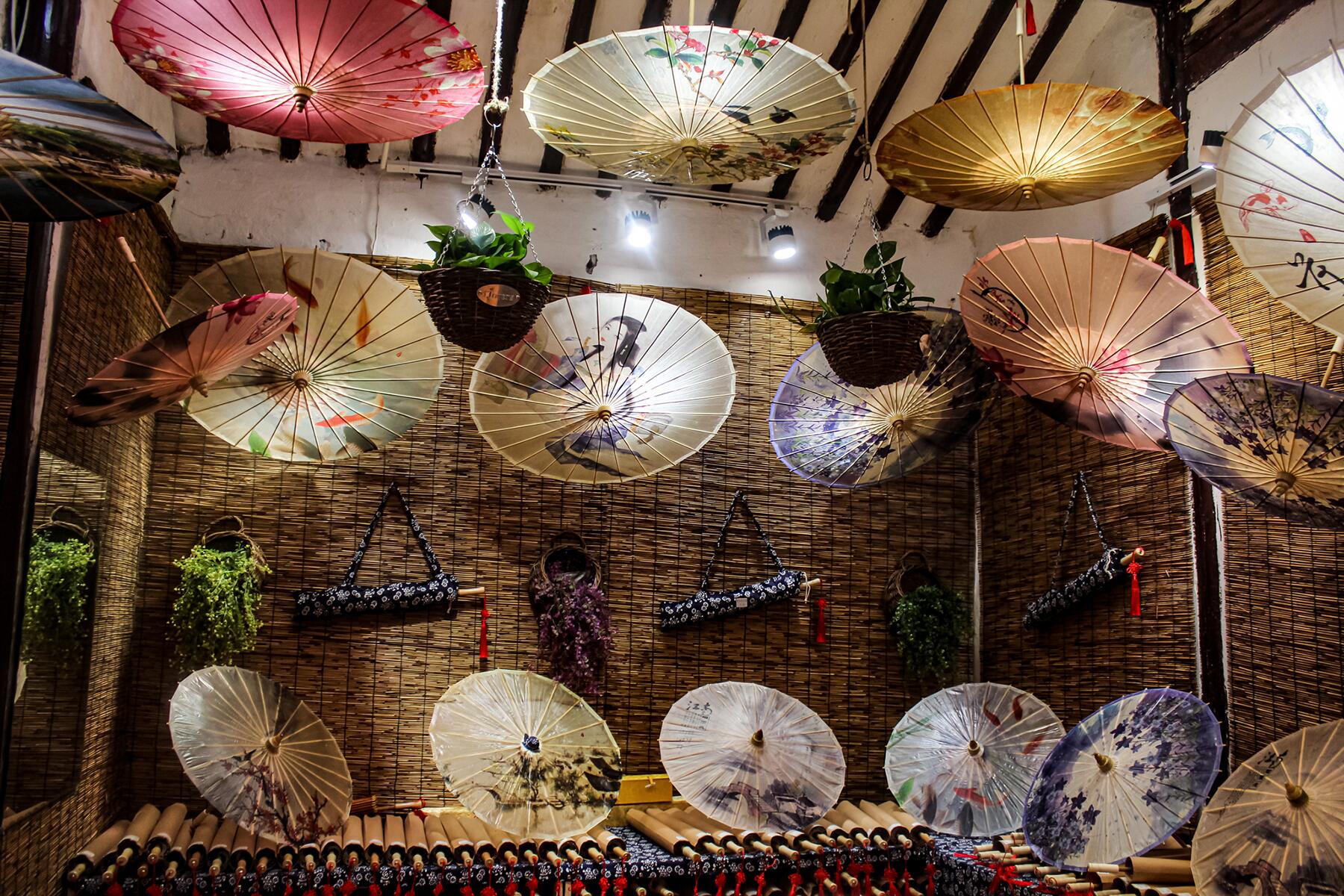 1. Canals of Suzhou.Dana Givens; 2. Umbrellas in a small shop.

Suzhou displayed the two sides of China in one city—ancient structures besides modern advances somehow finding balance. It was an experience that carried over when I returned home, and led me to seek out Chinese history within the context of the U.S., as well as their community’s struggles with the Chinese government.

My trip really demonstrated the lack of exposure I had with Chinese-American history. It also helped me further gain more context to China’s complicated relationship with the United States and how that affects the current socio-political landscape. I realized that discrimination has been common in terms of the treatment Chinese people received, and that it’s embedded in the history in the United States. The current stream of hate crimes against Asian Americans and Pacific Islanders connected to COVID-19 propaganda is only one example of how the U.S.’s lack of understanding of Asian and Pacific Island cultures has resulted in mistreatment. This trip provided me the opportunity to further educate myself on Chinese culture and history, so that I can stand as an unfailing ally to those in the Asian community who face targeted attacks in light of our current political climate.

Cultural appreciation does not stop at showcasing grand images adorning another’s customs, it is the choice to actively learn about the cultural communities that you are visiting–and applying and celebrating that understanding with respect to those communities back in the United States.