The flavors of Khmer cuisine are bold, rich, and surprisingly different from the well-known dishes of its neighbors. The food is heartier than typically delicate Vietnamese cuisine, and not nearly as sweet and spicy as Thai food, but Chinese and Indian influences are also evident in the curries and stir-fries. Below are eight dishes that you'll likely see if you travel to Cambodia—be sure to try each of them at least once. 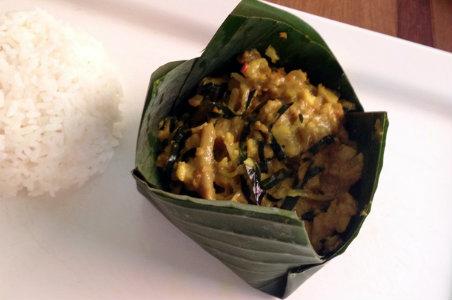 Most popular in northwest Cambodia, mild white fish is cooked in a coconut milk base, flavored with fresh turmeric paste, lemongrass, and fingerroot, then steamed in a bowl made of banana leaves. Chicken sometimes stands in for the fish, especially on menus in tourist areas, but fish is the authentic way to go. 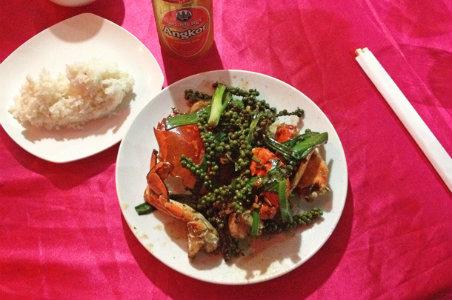 The southern province of Kampot, right on the coastline, is known for two things: fresh seafood and peppercorn farms. These two ingredients unite in this rustic dish of fresh crab stir-fried with plentiful green peppercorns still attached to the stem. The pepper imbues the sweet crab meat with a lingering floral flavor, but be sure to eat a few of the peppercorns whole for a spicy kick. 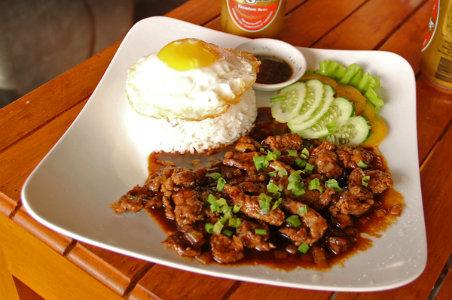 This stir-fried beef dish, prepared with plenty of oyster sauce, soy sauce, and sometimes palm sugar, is served throughout the country. Traditionally paired with rice to absorb the sweet brown sauce, it’s also becoming common to see loc lac served with french fries or a fried egg on top. 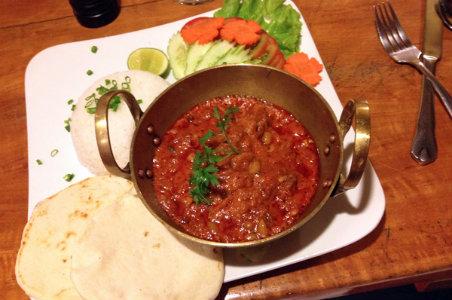 Made with spices including coriander and cardamom, this braised beef dish reflects Indian influcnes and is beloved throughout Cambodia. In fact, it’s typically served at big celebrations, particularly weddings. The key ingredients, besides the meltingly tender beef, are coconut milk and whole peanuts. 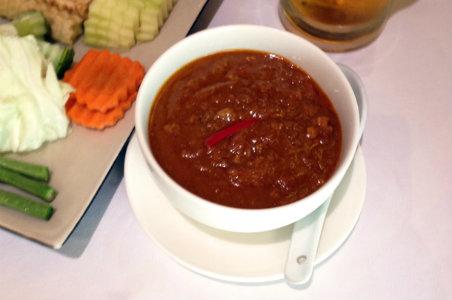 The Cambodian staple of prahok, or fish paste, is certainly an acquired taste, yet it gives this complex pork-and-coconut-milk curry a uniquely salty and savory flavor. Usually served with fresh vegetables (green mango, eggplant, and cucumber) for dipping, the addition of tamarind sauce adds a bit of sweetness and some acid to balance it out. 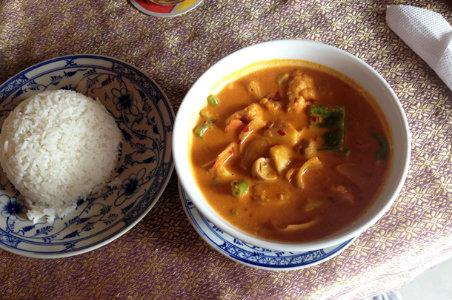 Though similar to Thai red curries, this version is enriched with star anise, cardamom, nutmeg, peppercorns, and coriander. These coconut-milk-based curries are typically redder than those found on the western side of the border, and are cooked with chicken or vegetables, such as eggplant, potatoes, and green beans. 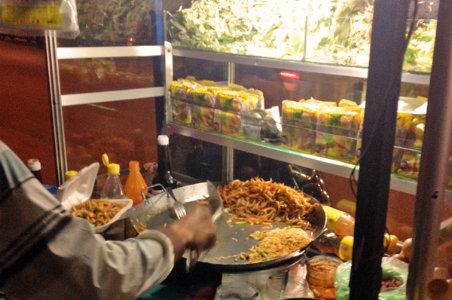 This dish is usually served from street carts to motorbike or tuk-tuk drivers craving a late night snack. The spicy stir-fried noodles are cut short in length to match the texture of the bean sprouts and cooked with greens, green onions, and a scrambled or fried egg. Finally, all of the ingredients are tossed with a generous portion of chili and soy sauce before being plated. 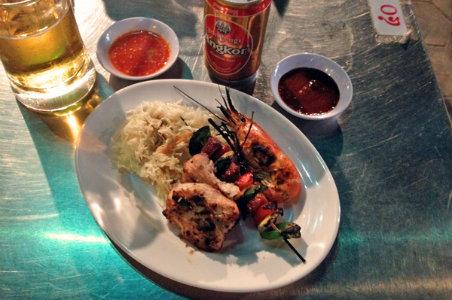 Everywhere you turn in Cambodia, it seems there's a grill with skewers of beef or whole fish. Snapper and prawns are often available, but the best fish is typically pulled from the country's freshwater lakes. Sauces and marinades are kept to a minimum: Seafood is often served with a green mango relish, while the meats are served with tangy pickled vegetables.