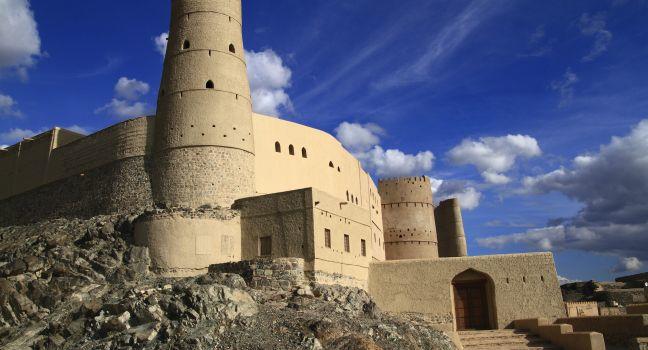 The town of Bahla, 35 minutes from Nizwa, is brimming with historic and cultural sights, but it is most famous for its fort, one of the oldest in Oman. Built by the Banu Hebhan tribe in the 13th century, the fort is now a UNESCO World Heritage Site. The Banu Nebhan, who ruled during the medieval Islamic period, built the fort adjacent to the Friday mosque, and its falaj irrigation system has remained surprisingly well intact, but damage from flooding rains and threats of modernization landed it on the Heritage "in danger" list in the late 1980s, prompting preservation efforts. There is not much in the way of documentation at the fort, so you may want to learn about the style of construction by visiting the restored fort in Nizwa before you head to Bahla. Once inside, the building is a total labyrinth, with plenty of hidden details and rooms to explore, but take care to keep going in one direction to avoid getting lost.
Archaeological Site/Ruins Building/Architectural Site Historic District/Site Town/Village Historical Views Family