An isolated military outpost during the years of the French protectorate, Ouarzazate—which means "no noise" in the Berber Tamazigh language—long lived up to its name. Today, however, the town is Morocco's Hollywood, and moviemakers can regularly be found setting up shop in this sprawling desert crossroads with wide, palm-fringed boulevards. Brad Pitt, Penélope Cruz, Angelina Jolie, Samuel L. Jackson, Cate Blanchett, and many more have graced Ouarzazate’s suites and streets; and a film school here provides training in the cinema arts for Moroccan and international students. Yet despite the Tinseltown vibe and huge, publicly accessible film sets, Ouarzazate retains a laid-back atmosphere, making it a great place to sit at a sidewalk café, sip a café noir, and spot visiting celebs—or at least have a chat with the locals, who’ll happily recount their experience working as an on-set extra (at its peak in the late 1990s, the movie industry provided casual work for almost half of the local population). Not surprisingly, though, the main attraction is still the cinematic surrounding terrain that made Ouarzazate a mainstay for filmmakers in the first place: namely, the red-glowing kasbah at Aït Ben Haddou; the snowcapped High Atlas and the Sahara, with tremendous canyons, gorges, and lunar-like steppes in between.

The ksar (fortified village) at Aït Ben Haddou is something of a celebrity itself. This group of earth-built kasbahs and homes hidden behind defensive high...

The region known as the Valley of the Roses essentially forms a triangle, stretching north to Bou Thaghrar and west to Boumalne du Dadès from...

Surprisingly lush and abrupt as it springs from the tawny landscape, Skoura deserves a lingering look for its kasbahs and its rich concentration of date... 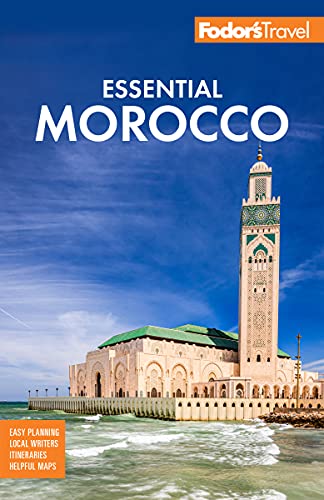