Someone call up Bravo’s Andy Cohen and let him know a new reality show is in order. Because we aren’t kitten—these adorable feline cubs have fascinating narratives.

After a fifty-minute flight from Nairobi, I stepped off the 10-seater bush plane and walked over to my new home for the week—a 4×4 open-air vehicle equipped with six passenger seats. As we sped away from the airstrip, dust swirled from the cracked ground and I pulled the scarf I was wearing up over my nose and mouth. Driving toward base camp, our guide began to slow the vehicle near a tree just as a lioness lifted her head from the sound of the car’s engine. As we inched closer, I realized each tuft of tan was a lioness—at least six—enjoying the shade from the hot East African sun. Sweat ran down my back as I snapped photos of the magnificent animals that seemed so content being observed by everyone in our car. Our guide talked about this pride as though they were relatives and shared details on the scarring noticeable on one’s eye and why they position themselves in a certain pattern. We pulled away as the caw of a bird called overhead, signaling to a trained ear that a predator may be lurking. Not ten minutes into my time at the reserve and I understood, this is the magic of the Masai Mara. 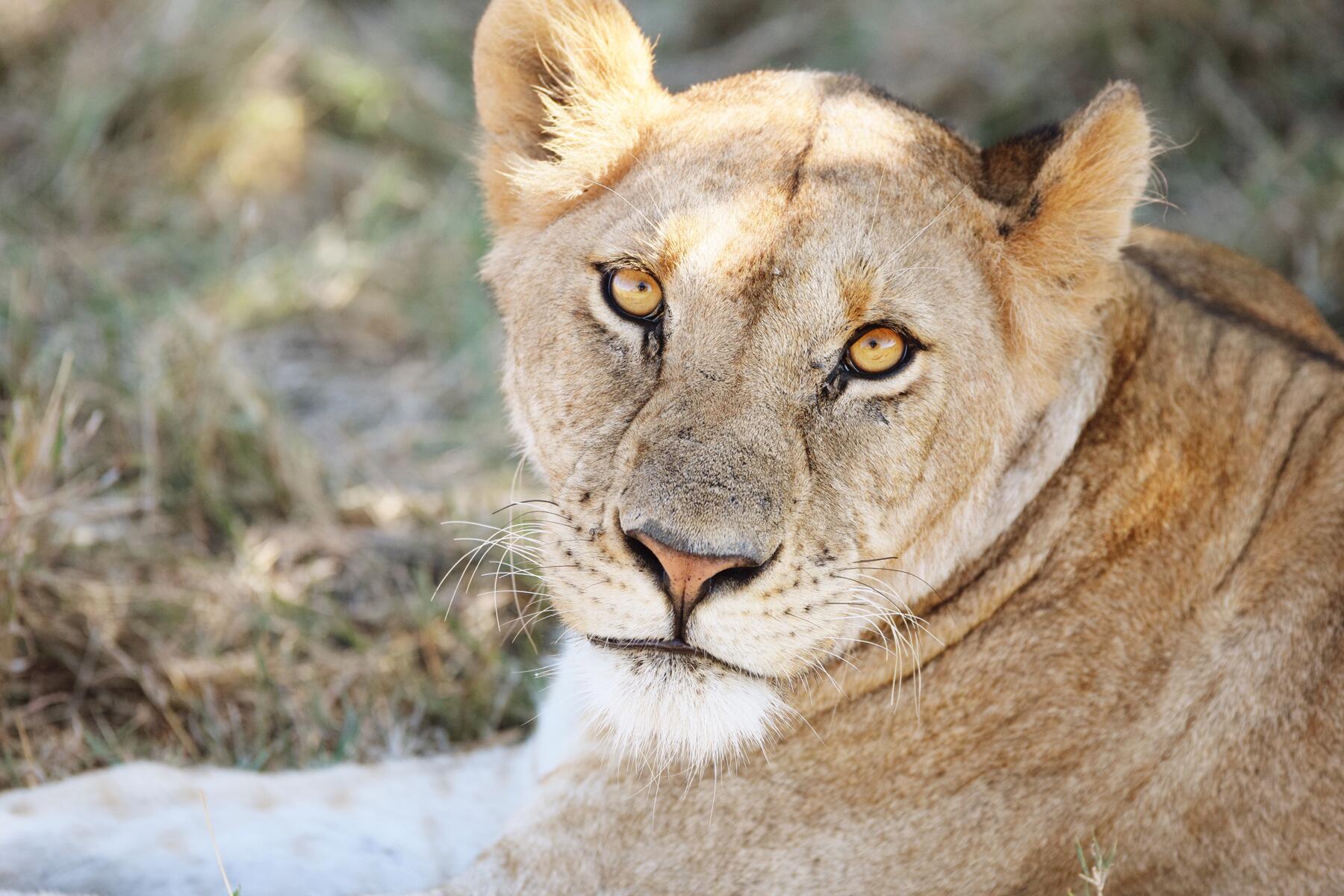 Nestled within the famed Masai Mara National Reserve in southwestern Kenya sits the Olare Motorogi Conservancy, a stretch of 35,000 acres that’s home to some of the most impressive animals on the planet. In a partnership with more than 250 landowners, both private and tourism-based, the conservancy is managed in a holistic way and reflective of Masai culture, maximizing the benefits derived when conservation and education are at the forefront of tourism. Plainly—the land and the animals always come first.

Elders within the local community decide where and when patches of land will be control-grazed by cattle, in turn creating a habitat for short-grass grazers. All roads within the conservancy were built on the premise of minimizing the impact of the surrounding environment while allowing visitors the opportunity to enjoy the wildlife and surroundings. Five minimal footprint camps sit within the conservancy border and a strict eco-forward policy is enforced by each camp (think proper waste and water disposal and minimizing energy use), ensuring as small of an environmental footprint as possible.

Guides within the Masai Mara, many of whom grew up within the region, understand that only by taking care of the land can the wildlife population flourish. 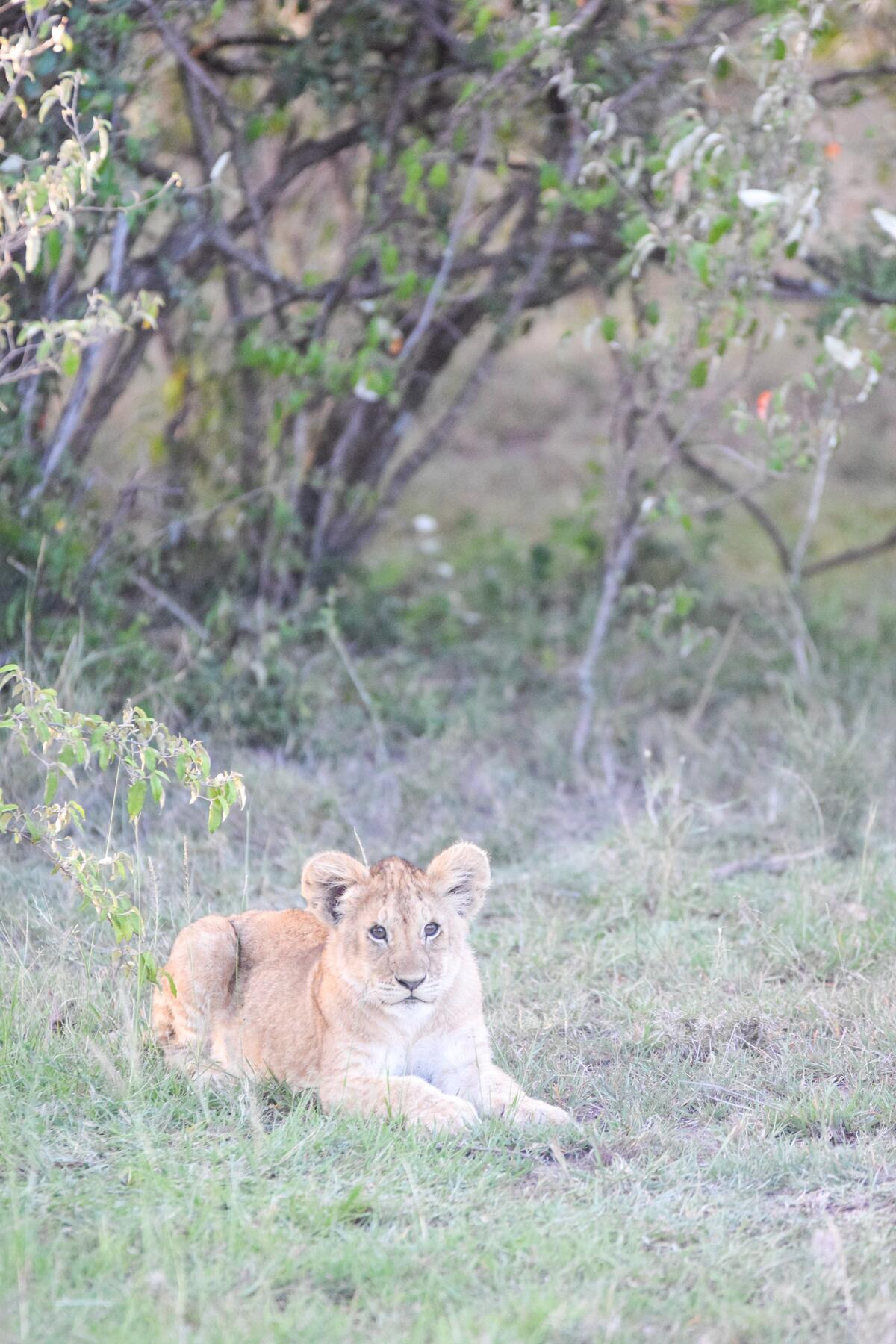 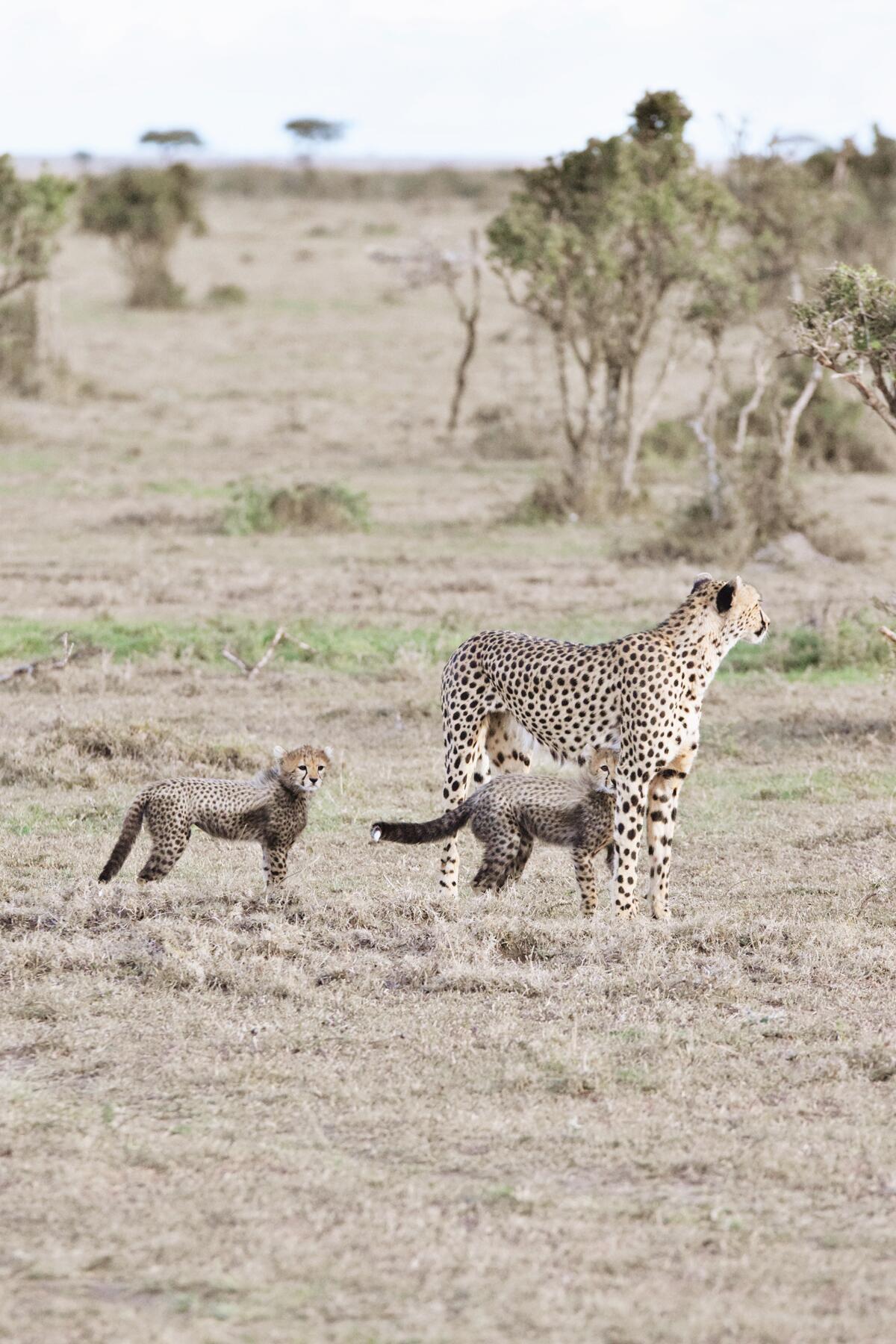 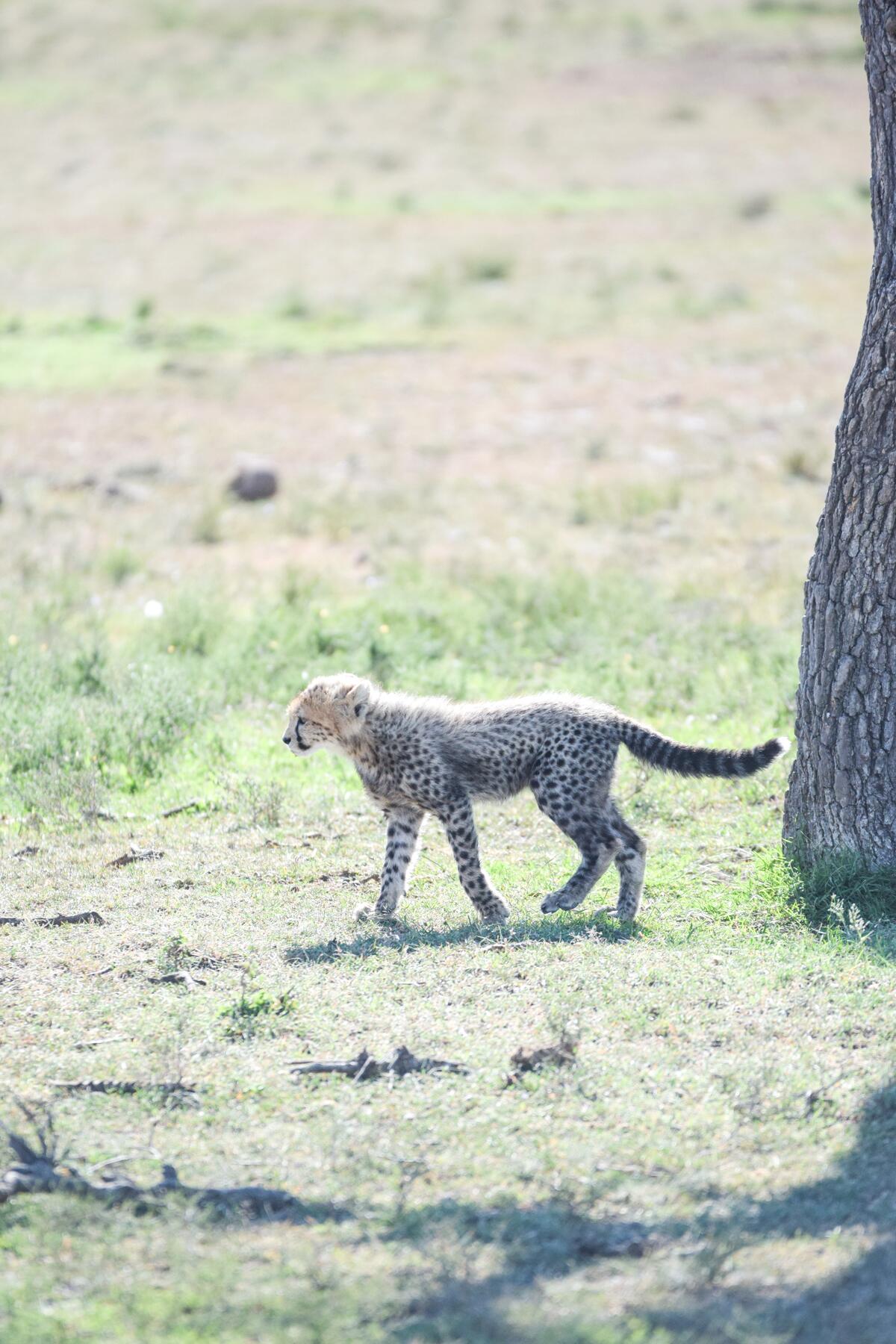 “Our conservancy is so beautiful and attracts tourists from all over the world. It is our job to protect the land and the animals in it. In doing that, it benefits future generations,” said Levi Kipkoech Cheriyot, a KPSGA (Kenya Professional Safari Guides Association) Bronze-certified guide with six years of guiding experience. Rigorous testing that includes blind identification of plants, bones, and fecal matter from all over Kenya (not just one’s home park or reserve) and a multiple-choice test is given at each level (Bronze, Silver, and Gold) by the KPSGA to create an industry-standard in wildlife guiding.

One specific group has attracted travelers to Mara year after year: the reserve’s big cats.

The Masai Mara’s reputation as being the leading destination for cat viewing has attracted animal lovers for decades. As one of the parks in East Africa with the highest density of feline populations, the Mara was chosen by the BBC to film Big Cat Diary, a 9-season documentary on African big cats that debuted in 2002.

While photographers and videographers have shared captivating images of the species who call these African plains home in an effort to educate and inspire, what about the stories behind the lens?

Guides Levi Cheriyot and Duncan Lenjirr, a KPSGA Silver-certified guide with 12 years of guiding experience, agreed to share the tales behind these tails. In knowing the land, observing animal movements, markings, and behavior, experienced guides are able to share insight into the animals being viewed.

One thing that’s clear in talking with these seasoned professionals? Females run the Savannah. In fact, the lions, cheetahs, and leopards that call Olare Motorogi home are considered celebrities to the local community, as their lineages and familial ties have been followed closely for many years.

The most recognizable predator is the lion, and spotting them on the horizon comes easily for guides who know to look out for the large manes of males among the grass and into low-lying ditches for females with babies. A study conducted by the Mara Predator Conservation Programme in 2014 showed a population of 420 lions in the Greater Mara region, which is higher than many other regions of Africa. Given this information, it should come as no surprise that there are multiple prides of lions throughout Masai Mara, each vying for social dominance.

Within the conservancy, there are three main prides—Monlinko, Dikdik, and Motorogi—each comprised of multiple females and cubs that remain in the territories they mark as their own. Females within each pride work together to raise the cubs and often take on rotating roles within the pride (hunting, nursing, etc.). While spotting a playful cub is high on most safari-goers lists, the moms keep a watchful eye on their young, often tucking them in bushes or ditches where they are more easily hidden from lurking predators like buffalo. 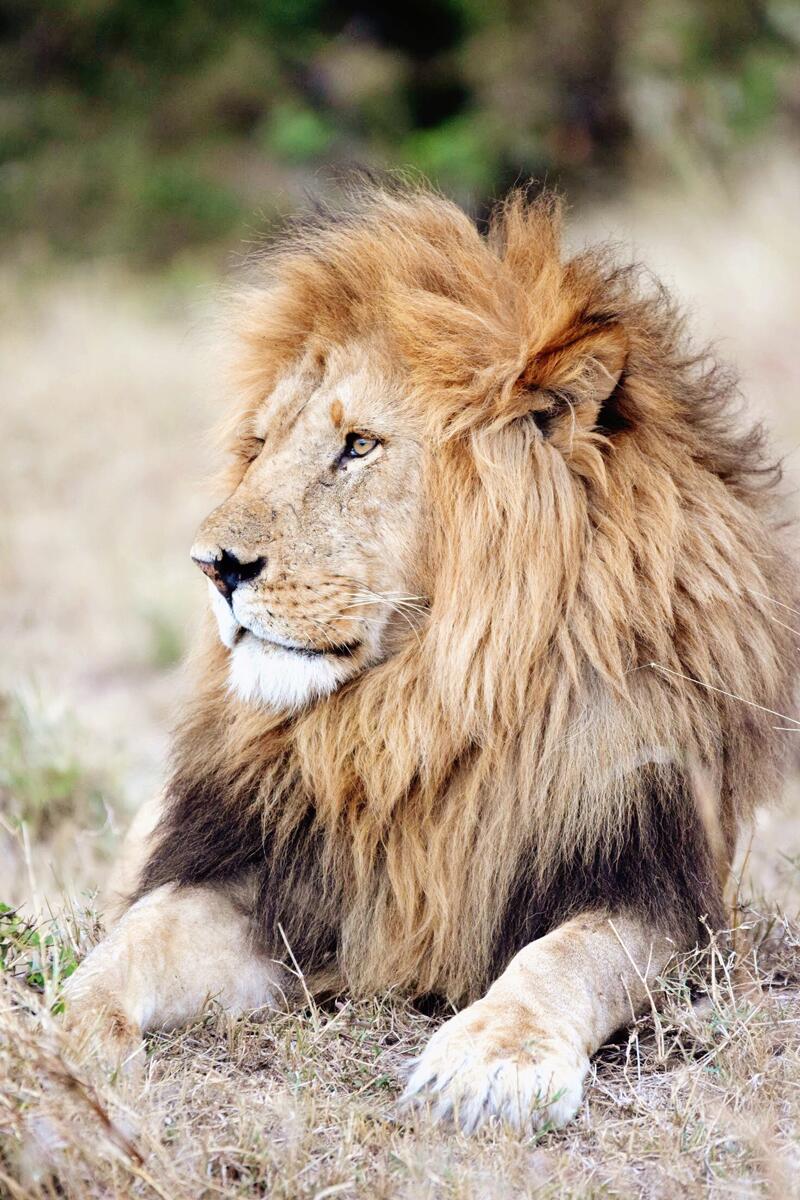 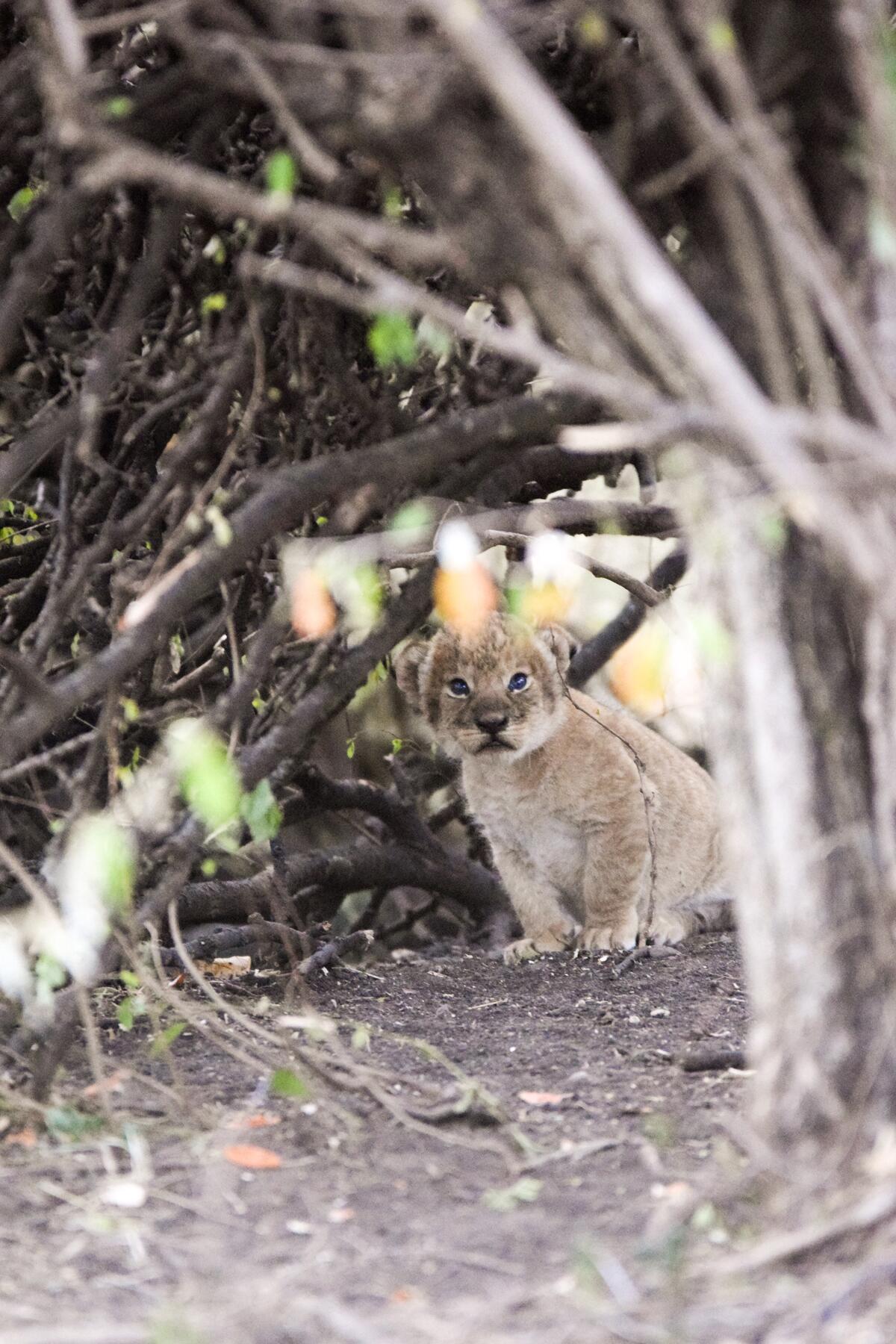 Male lions, who travel in packs known as coalitions, remain nearby to their prides during seasons of mating and are easily distinguishable to guides by size, color, and shape of their mane. A lion’s mane also reveals age, where shorter hair is often an indication of youth.

“The females hunt, birth, and raise the young, but you will know when the males are nearby–they roar. It’s a mechanism used to assert dominance and protect the pride.” —Levi Cheriyot

While lions and lionesses are easily recognizable, visitors can often mistake cheetahs for leopards and vice versa. Coat pattern and facial structure are two differentiators, but Levi and Duncan shared that, for guides, body structure and behavioral patterns are the most telling characteristics for spotting these cats from a distance.

A Queen in the Conservancy

With long legs built for speed and chasing down prey and piercing amber eyes, the cheetah population of the Mara has been studied by wildlife researchers for years to better understand the role they play in the ecosystem as predators. A conservation effort that studies and catalogs predators in the Mara has more than 100 cheetah identification cards, a system used to identify and track every animal using a photo and code, which serves as an important step in the conservation of this dwindling species. The Cheetah Conservation Fund estimates there are fewer than 7,100 cheetahs living today.

One tracked cheetah is Selenkei, a successful (meaning full grown and has reproduced) female cheetah who came to Masai Mara from the Serengeti and is often referred to as the queen of Olare Motorogi. As of 2020, she has birthed two litters in the Mara. 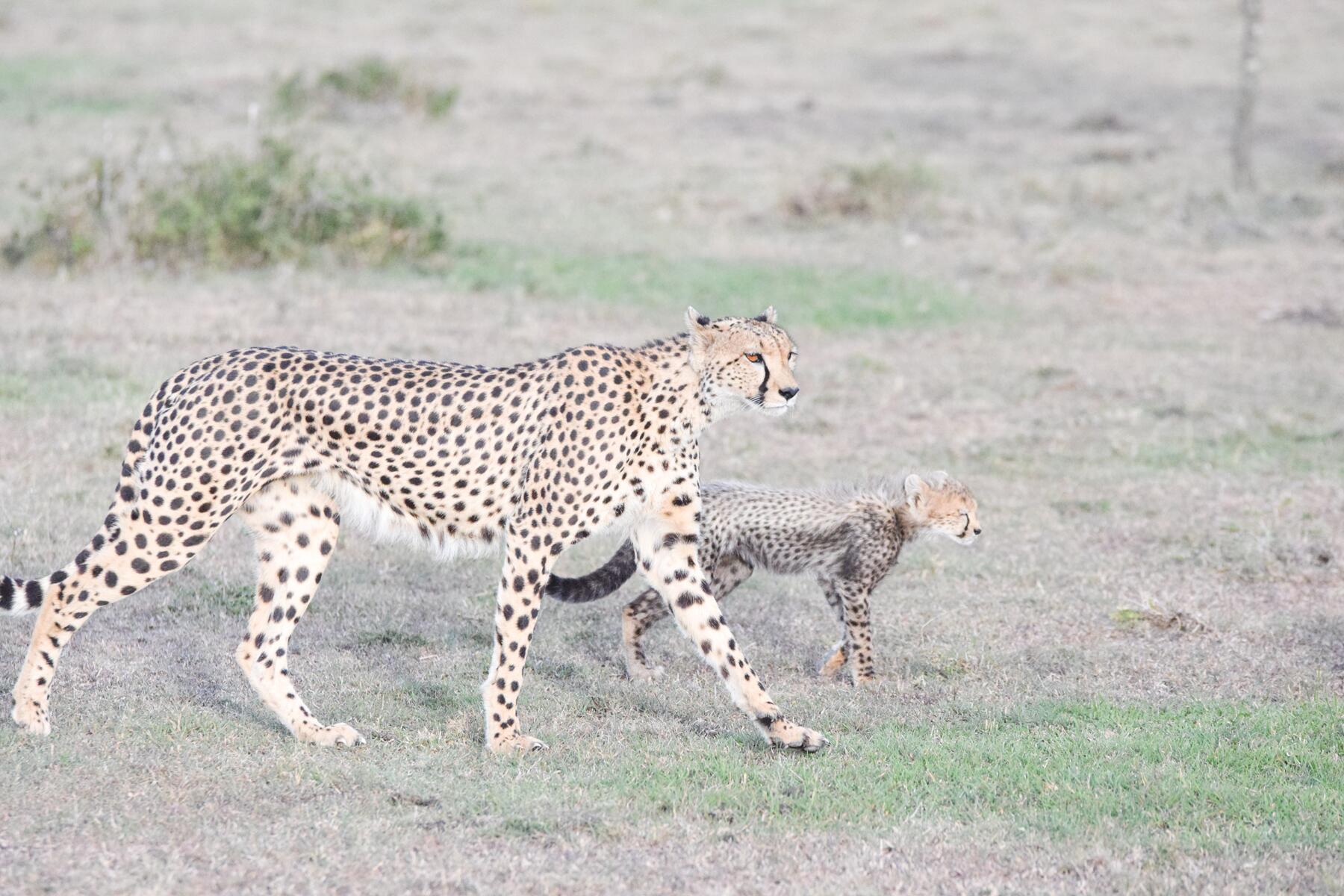 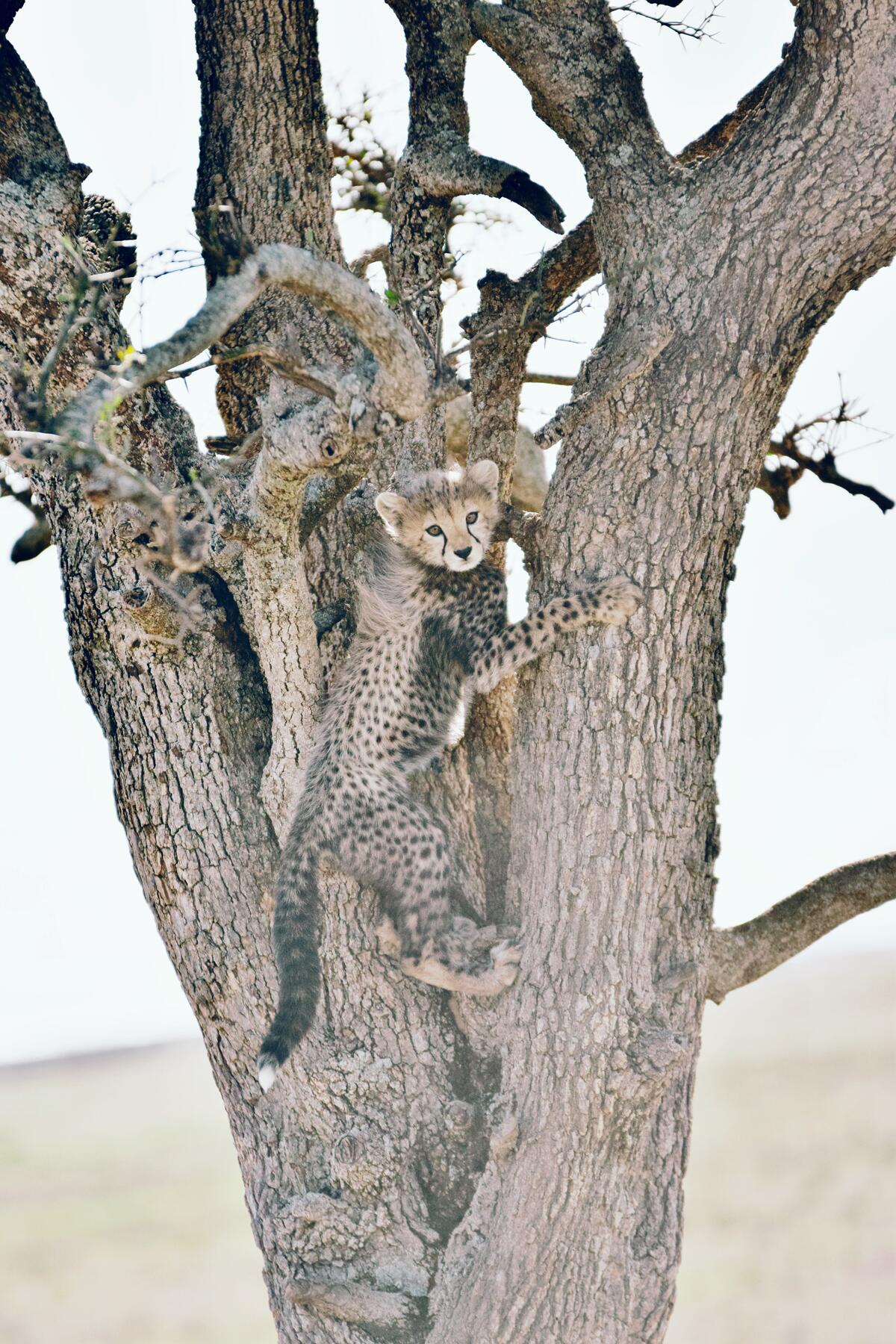 Selenkei’s first litter consisted of four cubs—three males and one female. The males formed their own coalition, the term used for a group of male cheetahs that are often litter mates and frequently band together for life. At two years old, the typical age for young cubs to leave home, the female from that litter went on to begin her own family.

For her second litter, Selenkei traveled to neighboring Naboisho Conservancy in the fall of 2019 and birthed another four cubs. While there, one cub died before Selenkei could make the crossing back to Olare Motorogi.

Sometime in October, Selenkei chased an impala by the Olare Orok Conservancy, leaving her cubs hidden (or so she thought) on the other side while she hunted. When she came back and called for them, there were only two. Both Levi and Duncan agree that it was either hyenas or a nearby pride of lions that chased and eventually killed the third.

“Because cheetahs share the same habitat with all the carnivores like lions, hyenas, and leopards, lions might [have had a] night encounter with Selenkei’s cub and killed, not to eat, but to reduce competition.” —Levi Cheriyot

A Life of Independence

Guides will tell you that the most difficult of the big cats to spot on safari is the leopard. With beautiful coats and an uncanny ability to blend into their surroundings, visitors frequently spot these nocturnal felines in a tree rather than on the ground. Sharp retractable claws and strong hind legs allow leopards to quickly climb trees to avoid other predators (like lions or hyenas) or to hoist kills high above (and out of reach of) scavengers. With an average life span of 12-17 years, leopards are listed as vulnerable by the IUCN with the biggest threats to the species being human-wildlife conflict (hunting and habitat fragmentation). 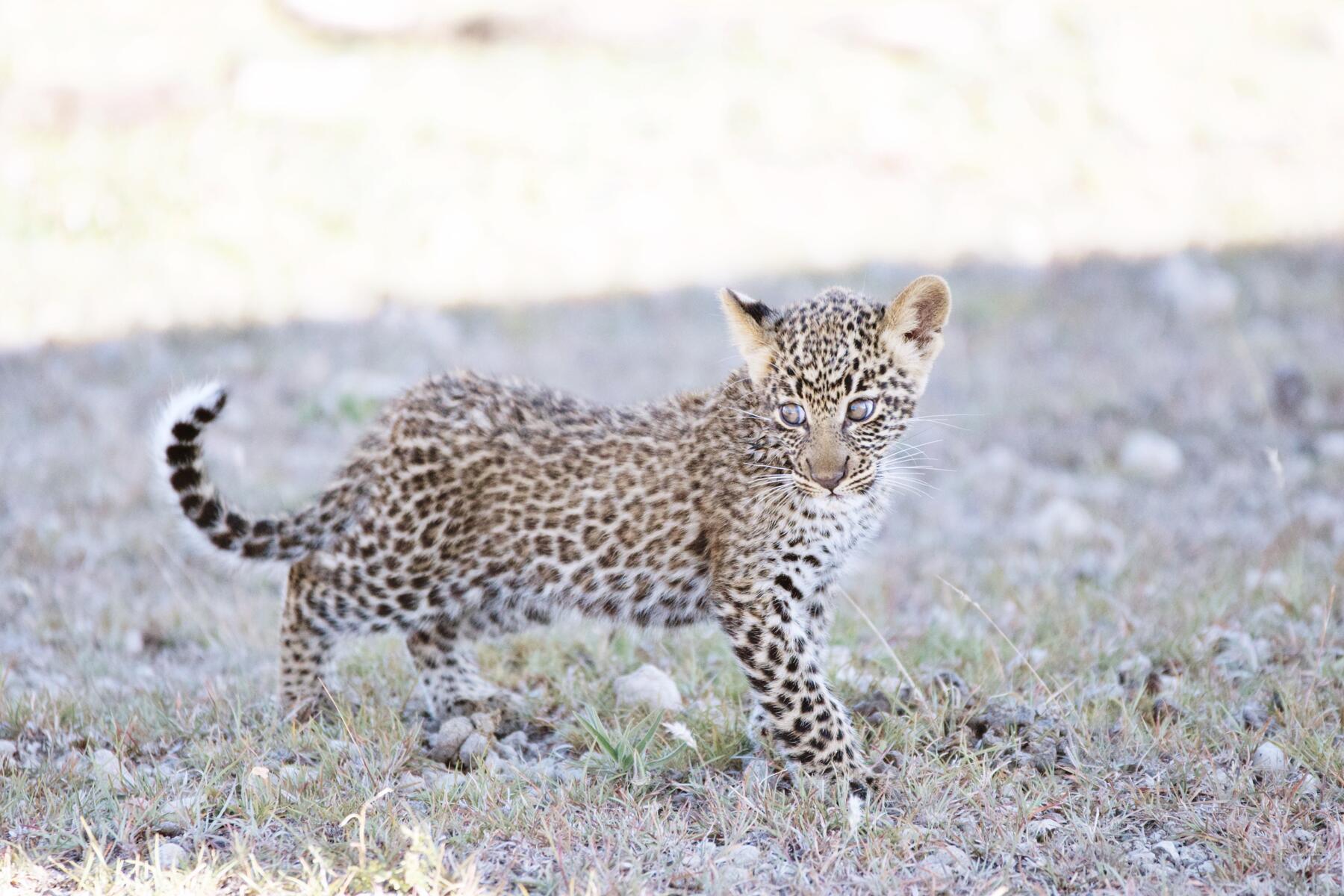 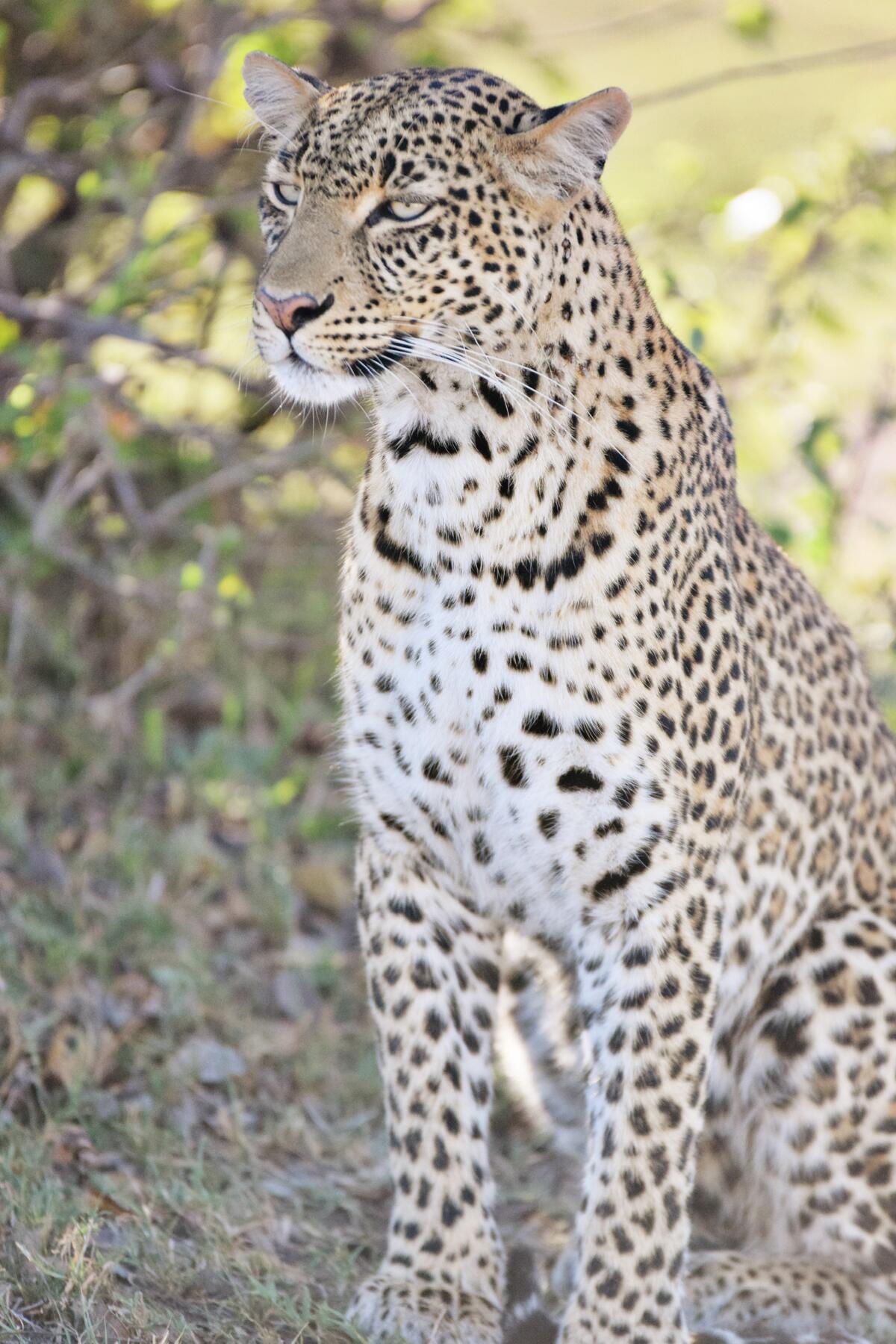 Tito is the resident leopard inside Olare Motorogi and, like cheetahs, female leopards live independently of males and only cross boundaries of other leopards to mate. Tito has birthed two litters, both with a roaming male named Yellow.

Her first litter, born in 2016, was a successful pair of cubs, one male and one female, who moved from the region around two years of age. In the fall of 2019, Tito birthed her second litter of three cubs, but one was killed by buffaloes and the other by lions right outside a guest tent at Mahali Mzuri.

“My favorite cat is the elusive leopard; Tito has a beautiful coat and eyes. I wish people could have the passion to learn about the progressional history of the cats and their dynasties. By learning the history and various families as they change over time, we create an unparalleled love for wildlife.” —Duncan Lenjirr

An African safari promises many things—an appreciation for wildlife at the top— but specific animal sightings are never guaranteed. Instead, guides emphasize the biodiversity of the overall landscape where every animal plays a role in what makes the circle of life in the Mara so special.

Nevertheless, seeing photos of Masai Mara’s littlest big cats is “awww”-inducing and witnessing them interact with their mothers and family members in the wild is a once-in-a-lifetime experience not to be missed. Because of the Mara’s big cat density, the anticipation of what might be seen (a baby cub, a kill, or mating activities) is palpable on each game drive and observing animals interacting within their natural habitat, a sight with an expiration date at the current rate of endangerment, is heart-stirring.

What are you waiting for? Book a flight, pick a lodge and pack your bags!